larven - Copy.gpx Open full screen  NB: Walkhighlands is not responsible for the accuracy of gpx files in users posts
Good start to the day meeting a fellow Walkhighlander on the fast ferry across from Mallaig. However we were following different routes.
Having scanned the WH reports for this route , there was one common feature-a struggle up the pathless , boggy and bracken covered slope to access the ridge at Mam Suidheig. 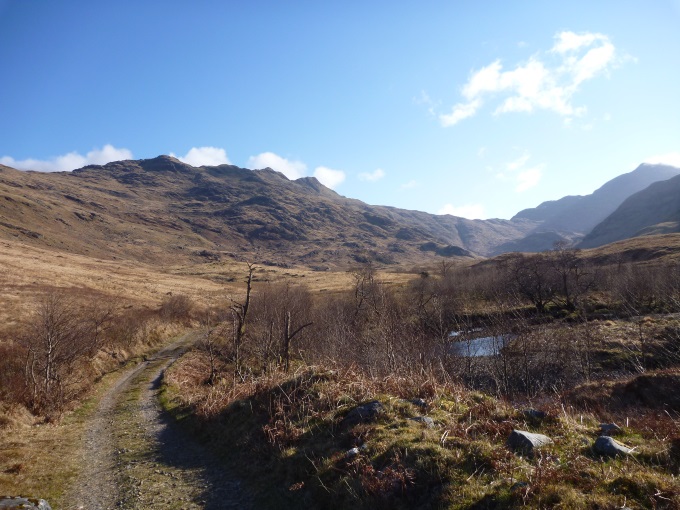 the col at Mam Suidheig on extreme left

I dread to think what its like in summer , as even in april ,when most bracken should have been flattened, the bracken here altho folded over about one foot from the ground , remained incredibly stiff and repeatedly jagged into my chins like a form of Chinese torture. Also the grass is quite tussocky lower down and there is also some low growing shrub that catches the feet.
However on the plus side, the ground was much drier than usual and it was a brilliant day and i could see where i was going. So i gained the ridge in just under 2 hours from setting off. Loooking at my enclosed garmin Track , i seemed to have taken a more direct route than the WH route but there were lots of small sections of path heading all over the place that werew hard to follow. 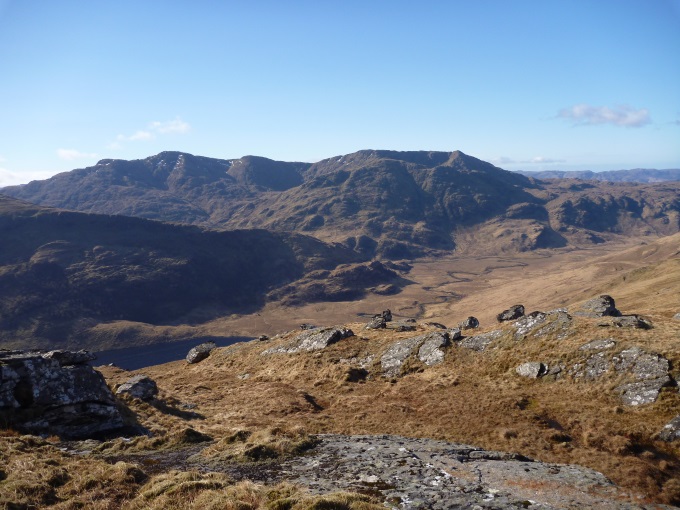 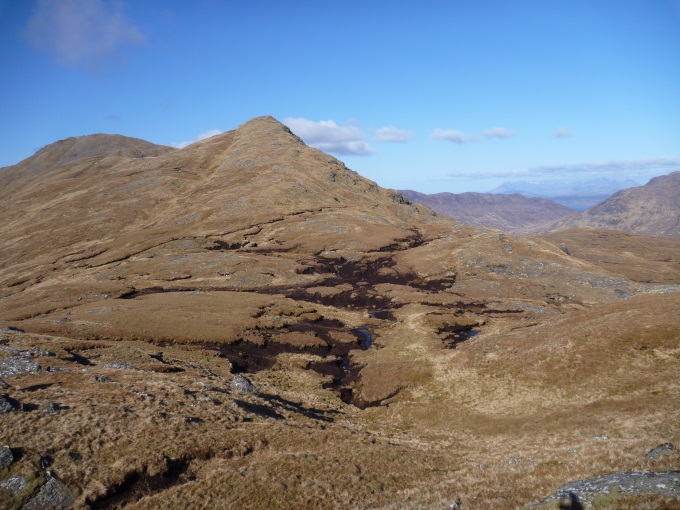 looking west along the ridge from MamSuidheig. Rum in the distance 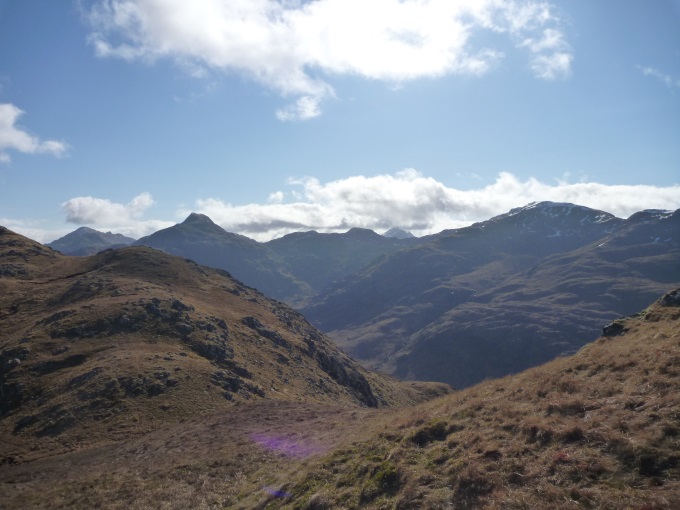 Once on the ridge there was an obvious easy to follow path , leading up to the split in the ridge as seen in the top of the following photo. 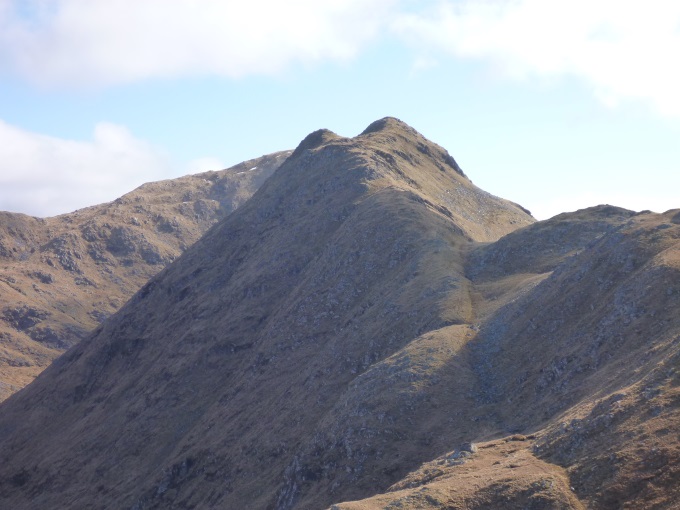 The straight path in the cleft bypassing spot height 636 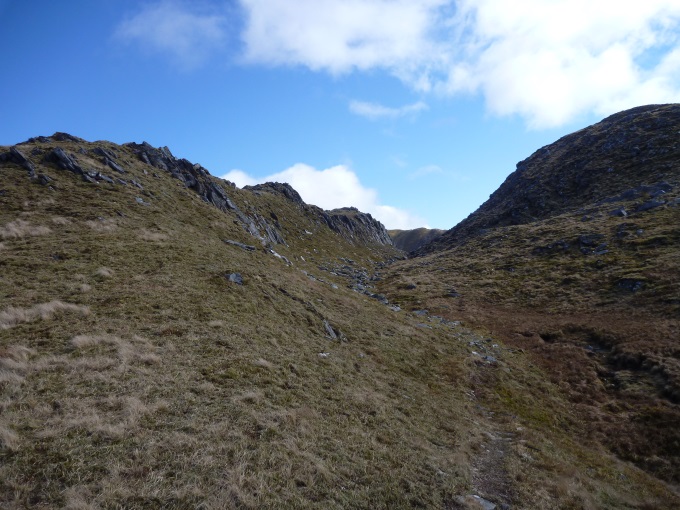 path goes down the middle of the split 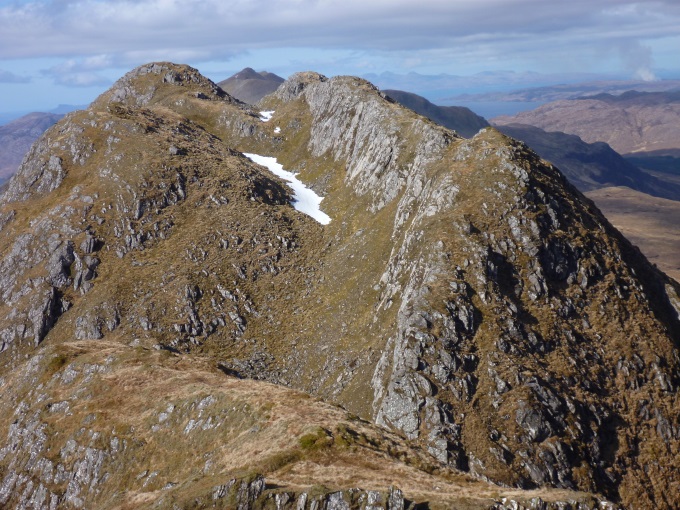 looking back at the split in the ridge

Very easy going up and down along the ridge led me to the small cairn at height 849 where route meets the path from Barrisdale. 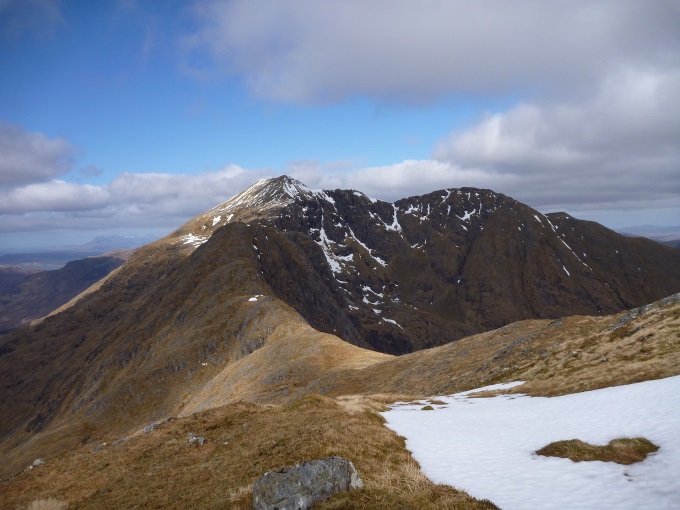 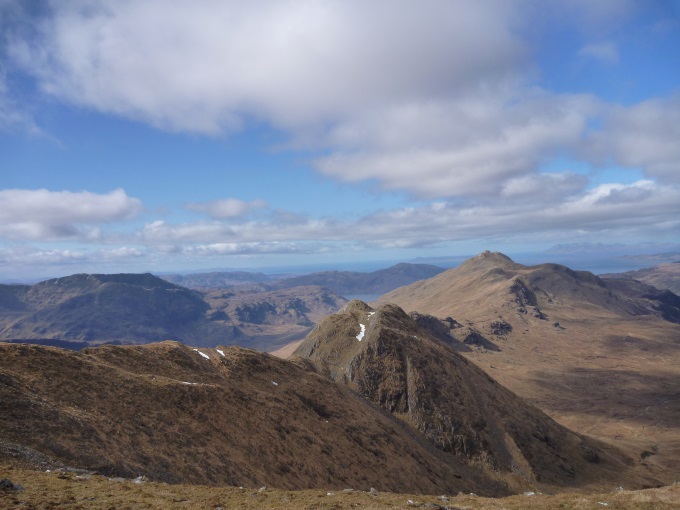 Steady pull up to the the first of the false top cairns to be surprised by the amount of snow on the north side of the ridge. 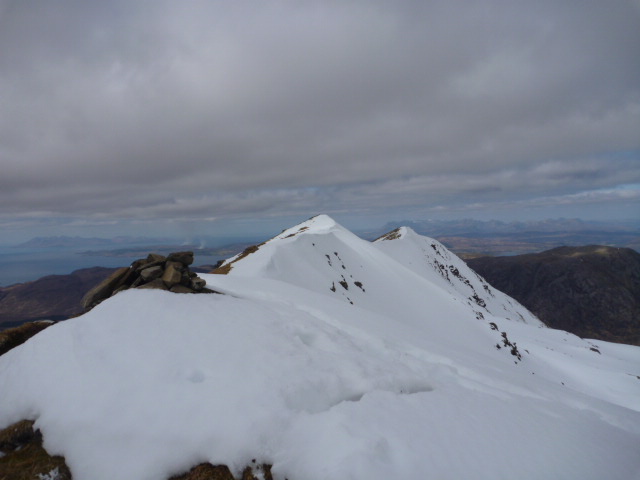 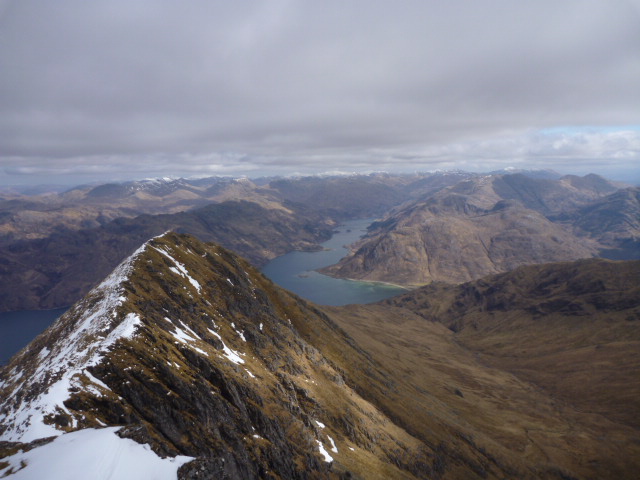 Heading towards the broken trig point it looked like a very large bird perched there. 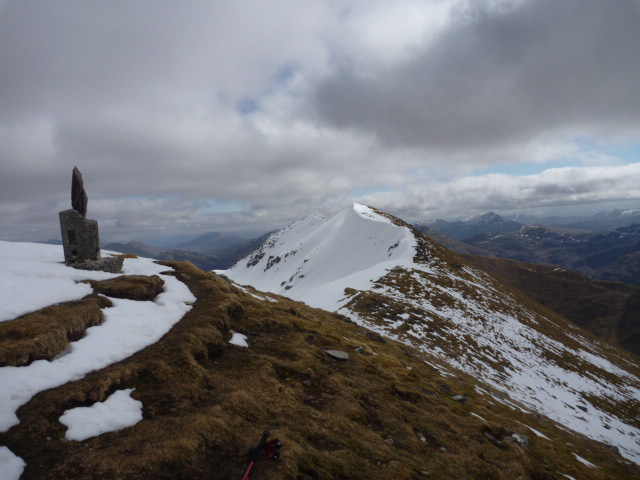 Trig point. Looking back along the ridge

Good spot for lunch . I thought the long descent down the Coire Garbh would be very boggy lower down but it was nearly all dry and the path easy to follow.
I knew that once i reached the land rover track at the bottom there was a steady rise but i had not realised it was 40 minutes worth of plodding straight into the sun. Finally broke out of the forest to see Loch Nevis again. 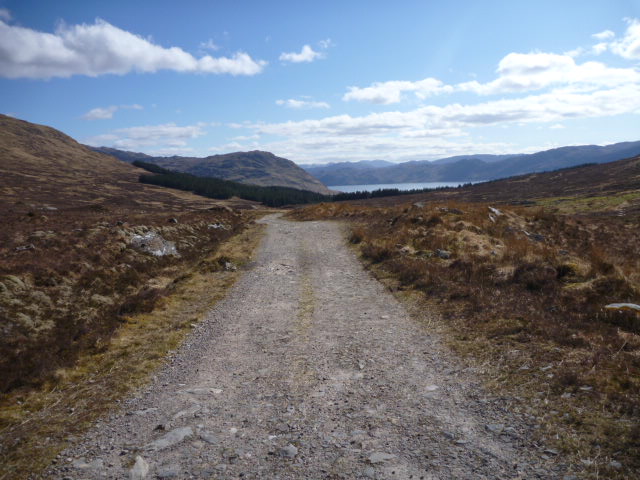 Track leads back to the Old Forge Inn where i had a pleasant 3 hour spell of rehydration whilst sitting in the sun waiting for the last ferry back to Mallaig , to be rejoined by London Walker.
Nice touch the beer at the Forge brewed by the Ness brewery was called RemoteNess