Rannoch Moor was an oasis of good weather for an early March Sunday walk with jackfrost, and gave us for the most part an excellent late winter walk over this pair. I'm still not sure if their names work best as a couple of TV detectives or manufacturers of expensive designer paint… 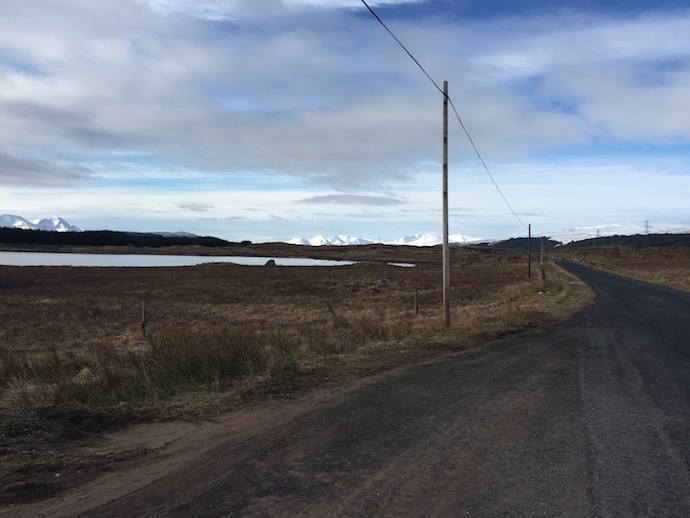 We parked up about 2km east of Rannoch Station, beside Loch Eigheach, where the track heads N from the B846, and bravely headed N along the track towards where some work is taking place on what seems to be a new hydro scheme. Dangerous voles…keep calm and carry on

Everything's a bit messy here with the construction work, so we missed the bridge over the Allt Eigheach. That made the decision for our ascent route for us, NE up the nose of Leacann na Giomach. The snow was soft, and easy going, so we made good progress up onto Pharlagain. 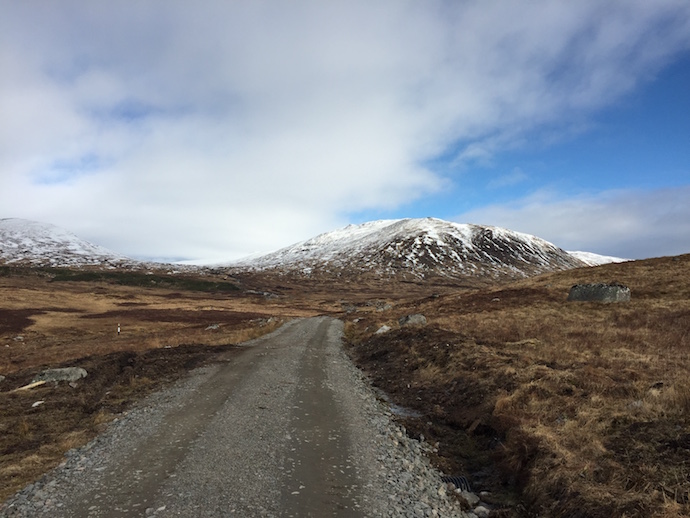 Our ascent route up Pharlagain E towards a snowy Schiehallion

Then it was a case of traversing W of Garb Mheall Mòr, and reaching the summit, Meall na Meoig. Good views from the top, though as usual to the NE, Ben Alder was brewing its own special blend of fierce-looking weather. Towards Ben Alder and Loch Ericht, from Meall na Meoig

We retraced our steps for 1km or so, then descended S into Coire nan Goimach. Just as I was appreciating the snow's weight-supporting qualities, I put first one foot then the other right through it and into a cold, but definitely wet, bog. So the rest of the descent to Lochan Sron Smeur was done as quickly as possible to warm me up again. We skirted the beach and its abandoned chair, and headed directly up the steep north slopes of Sron Smeur, keeping E of a fence. Sron Smeur from the N

The slope eased off and we were soon at the top, as a short shower passed quickly by. Then it was a gentle descent back down to rejoin the track about 1km from the road.

Just goes to show how the snow has receded it took us nearly 5hours to the Corbett summit in December. You never found my Garmin GPS then? Looks like you headed up the South slopes well before the area l lost it. Good time you did.

The Rodmiester wrote:Just goes to show how the snow has receded it took us nearly 5hours to the Corbett summit in December. You never found my Garmin GPS then? Looks like you headed up the South slopes well before the area l lost it. Good time you did.

Yep, it was pretty fast going, especially with a walking companion who's way fitter than me

So, a lost GPS on Pharlagain to go with my lost Fitbit flex on Benaquhallie…we'll soon be able to have a WH treasure hunt!