BenWyvis.gpx Open full screen  NB: Walkhighlands is not responsible for the accuracy of gpx files in users posts

Decided to head for Ben Wyvis and made a weekend of it staying in Strathpeffer. After I had booked the accomodation, the MET office decided to give weather warnings for snow in the highland region

However, since the booking was already made, there was nothing for it but to go ahead and see how the walk panned out.

Strathpeffer was an ideal location and on Saturday morning, only a 20 minute drive to the Ben Wyvis car park. Thankfully the weather gods were mostly good to us, and the skies stayed fairly blue with some high cloud. The winds were brisk on the tops and a couple of passing showers peppered me with mini hailstones but otherwise conditions were pretty good.

I missed out on summit views as the clag swept in, but thats par for the course

Despite the clag, returning by retracing the outward route was simple. Following my own footprints in the snow, the occassional parts of path visible through the snow/ice and the general curve of the broad ridge was straightforward.

Despite the lack of summit visibility, the views from An Cabar were awesome!

Cracking hill and despite the weather warnings, a great short day out.

An Cabar and the ridge to Ben Wyvis 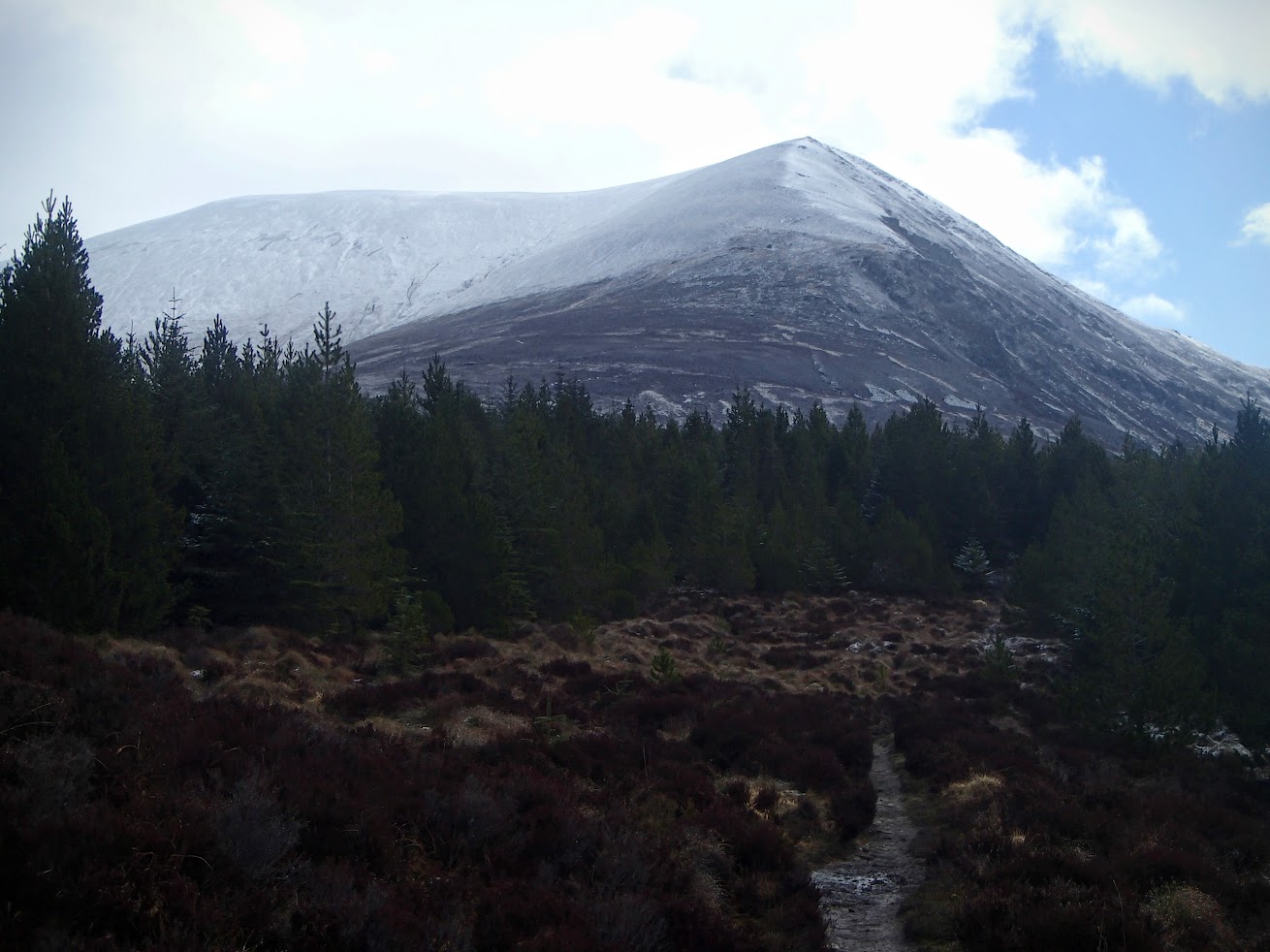 Up the stone staircase on An Cabar ... thumb getting in the way! 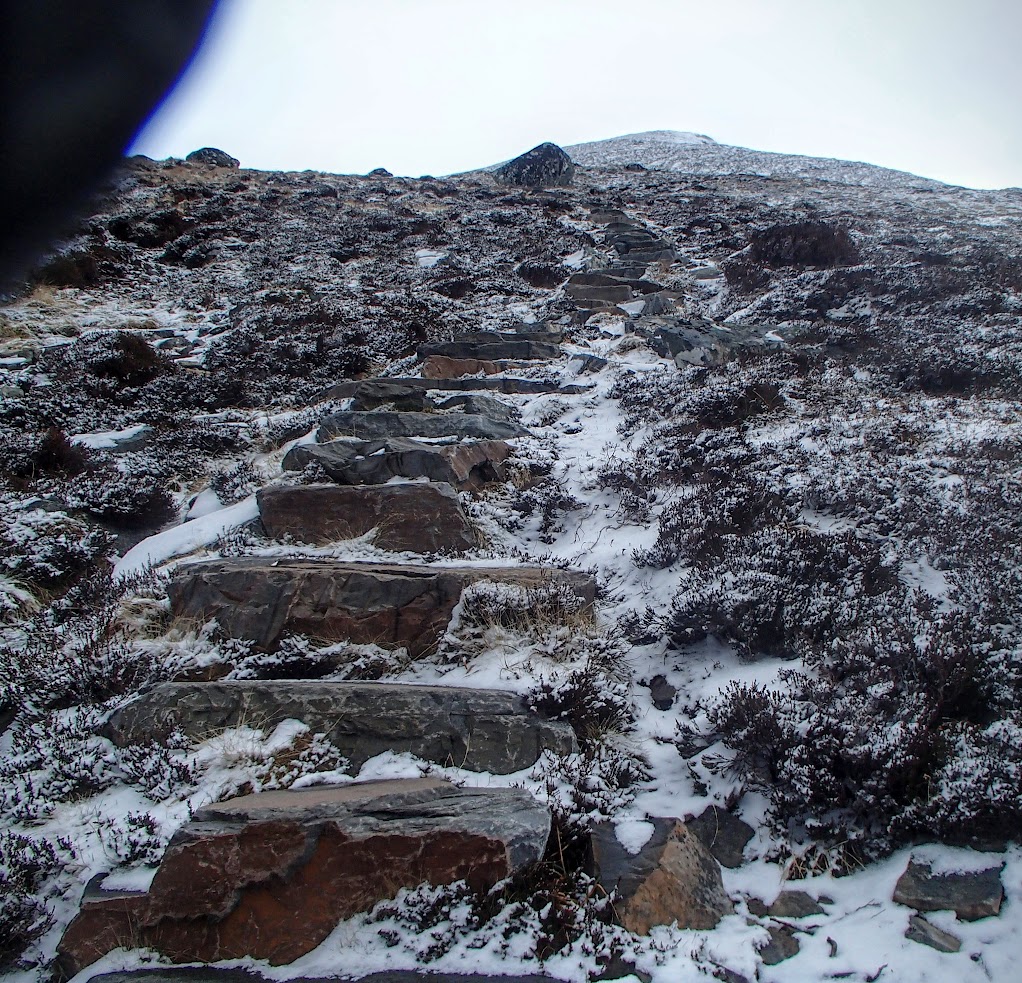 Snow and ice starting to cover the path 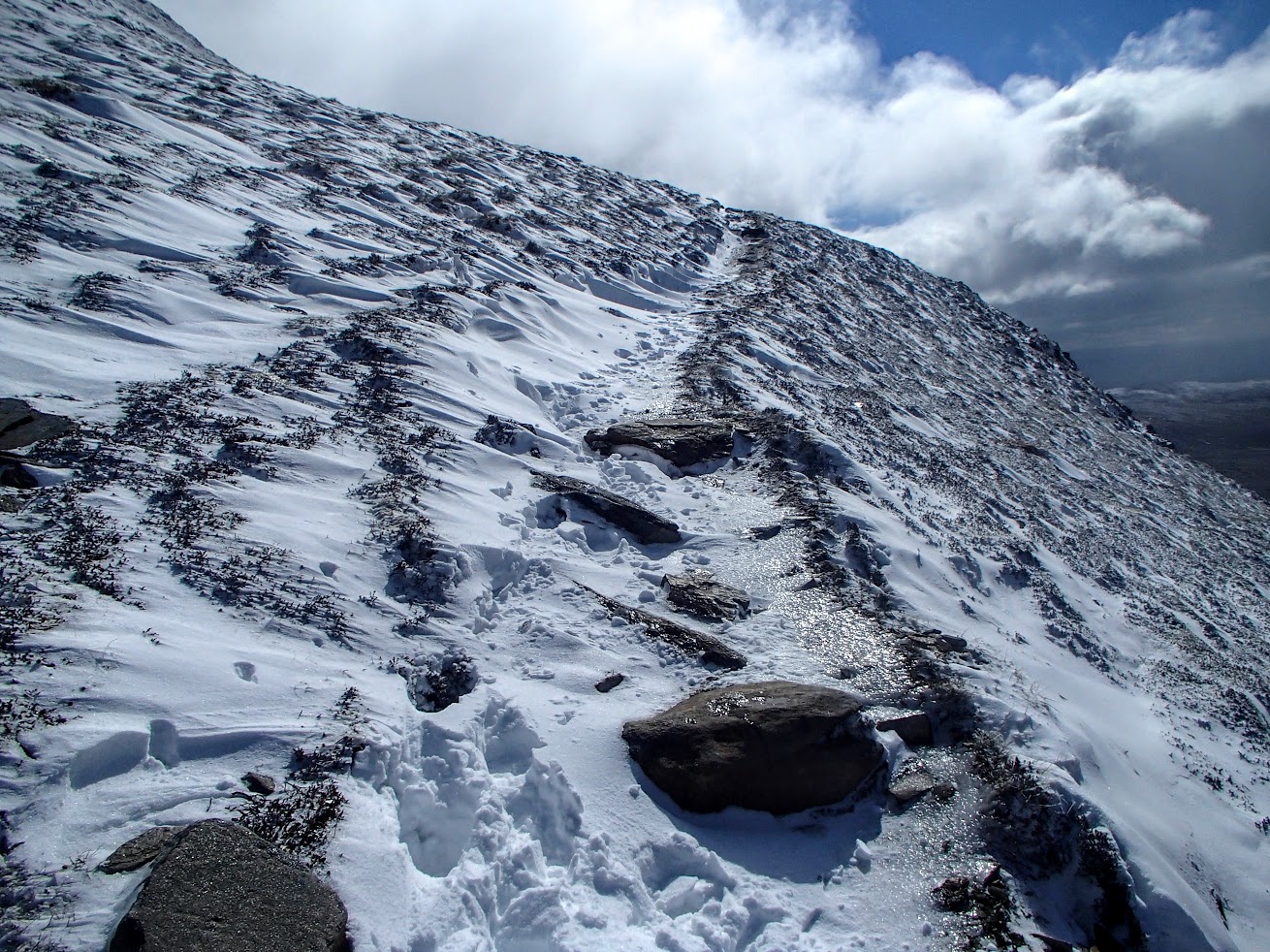 The final push getting steeper 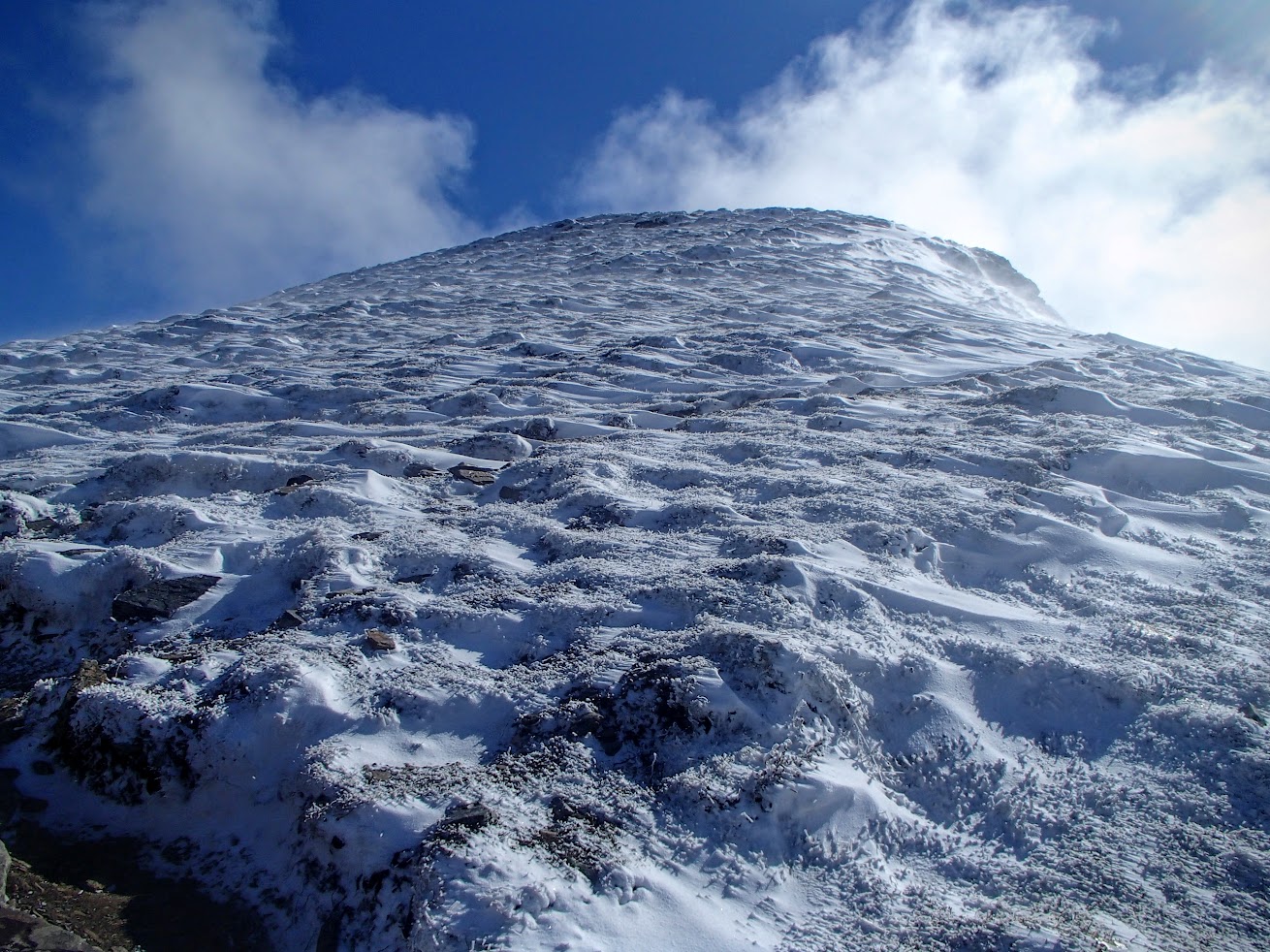 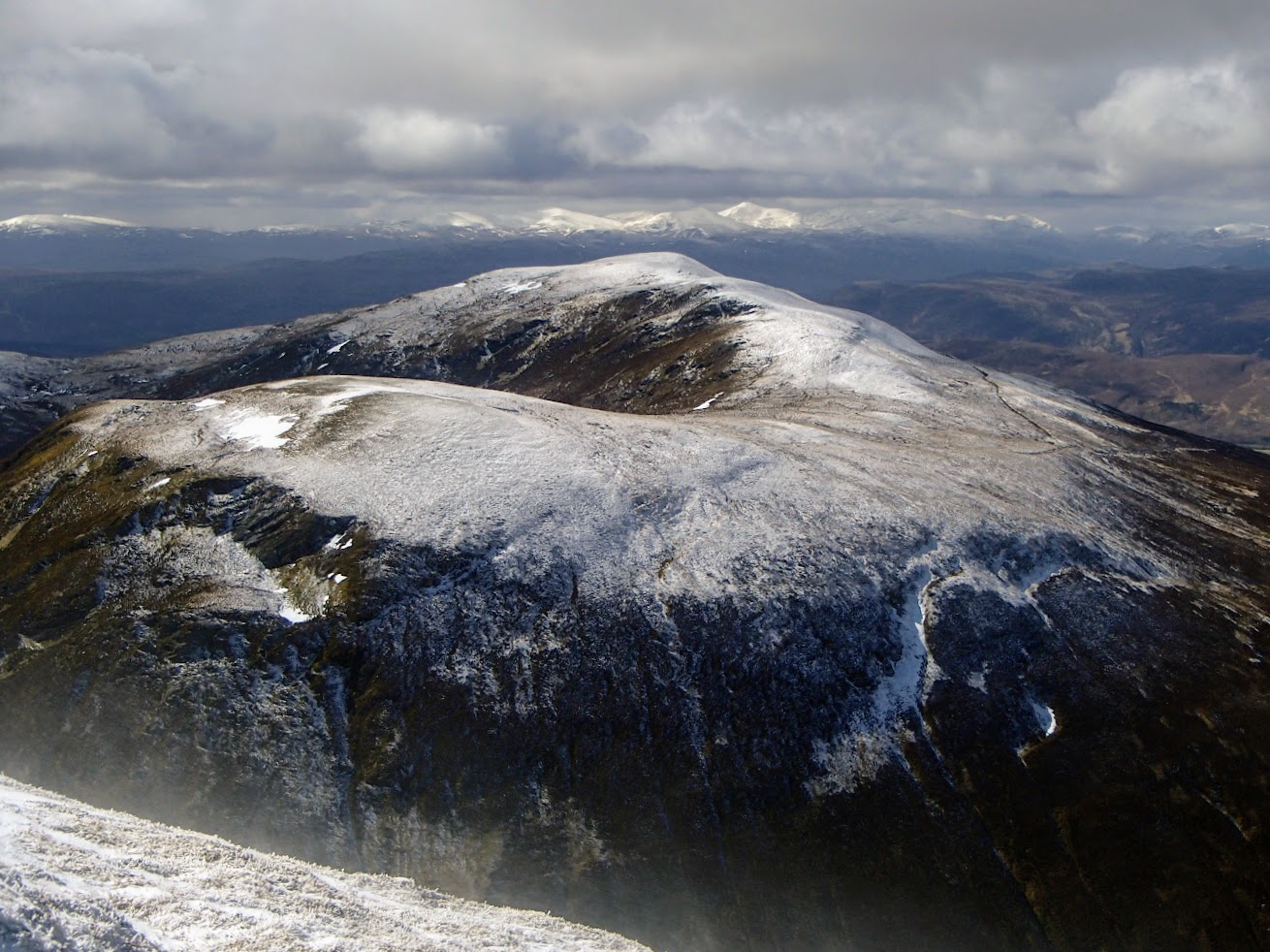 The view from An Cabar 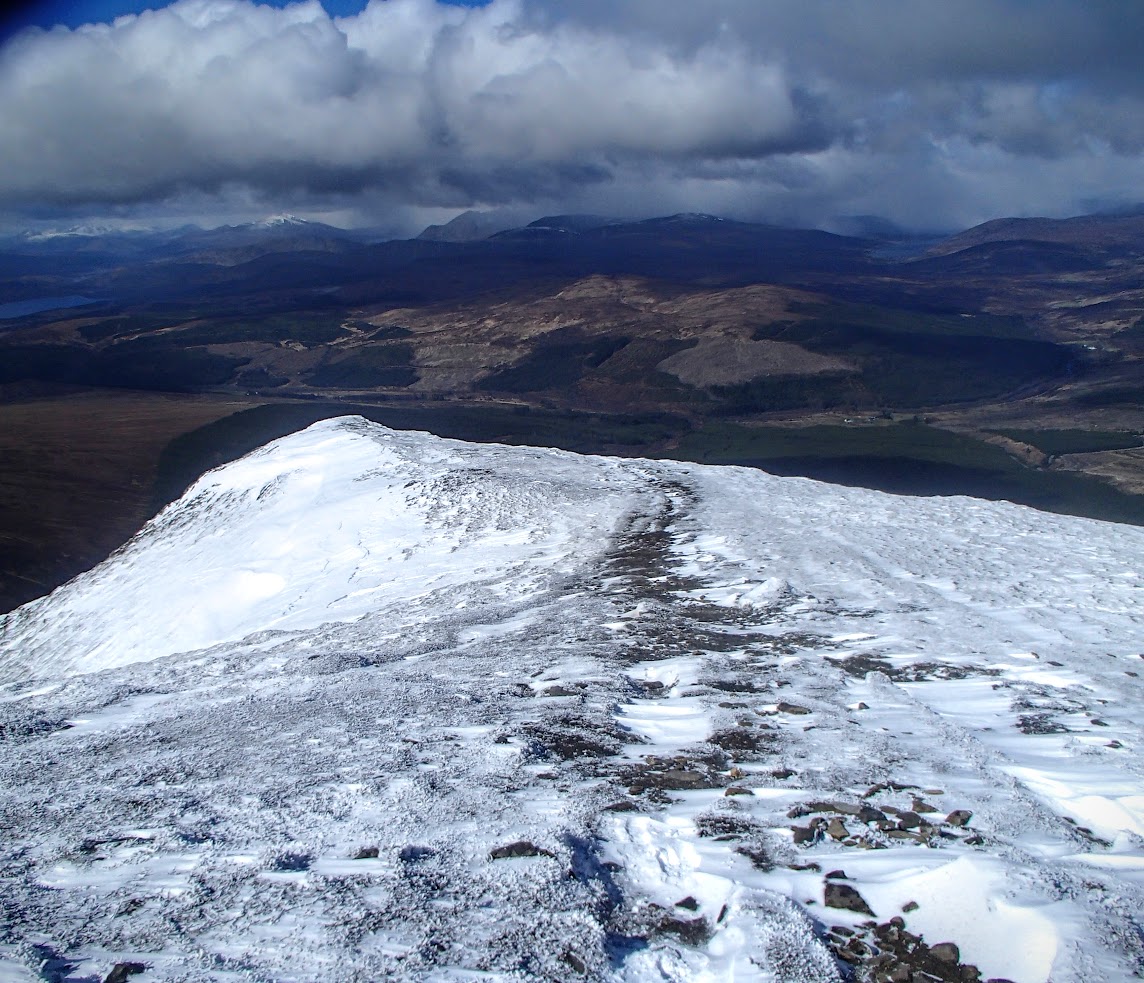 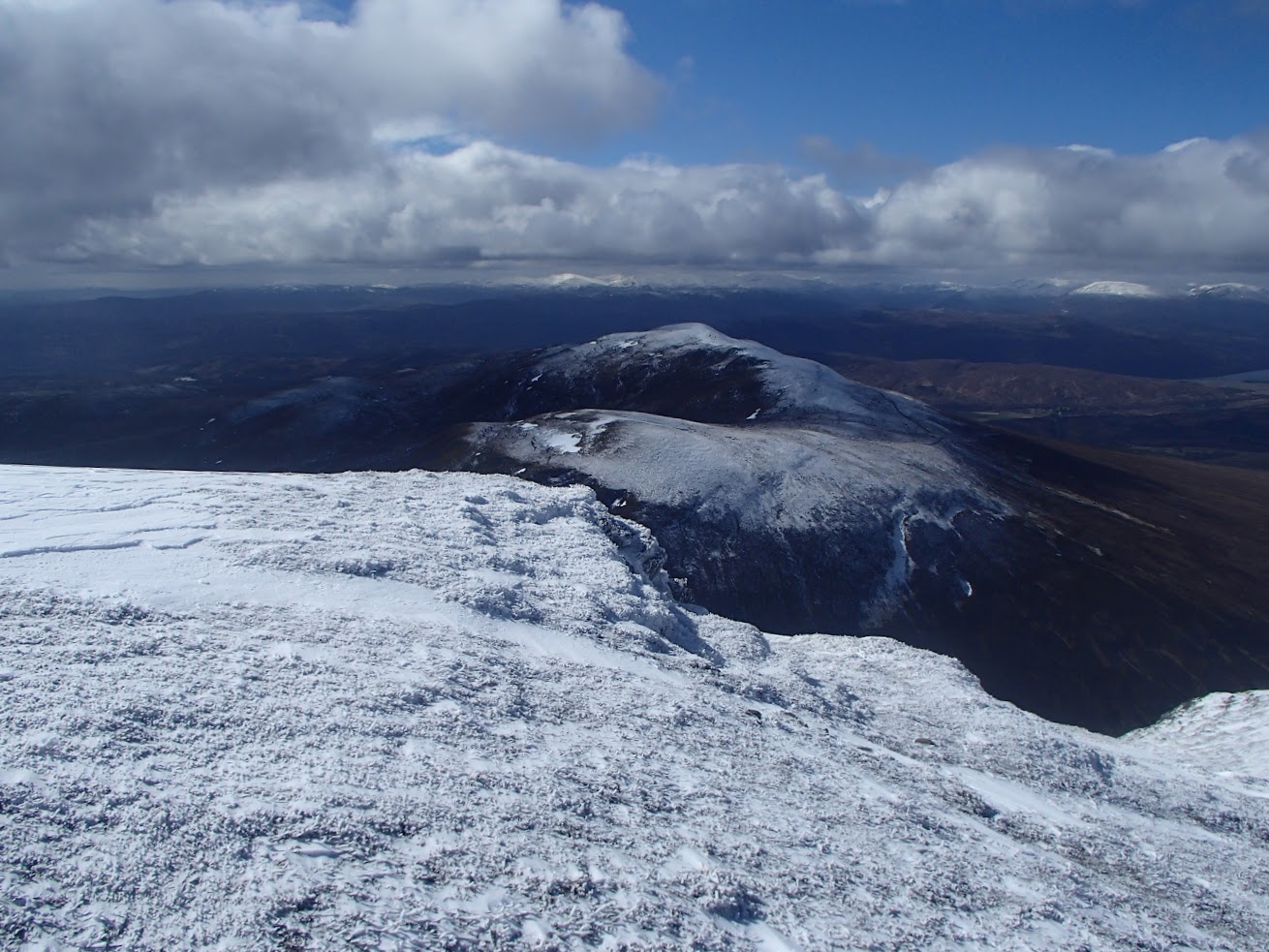 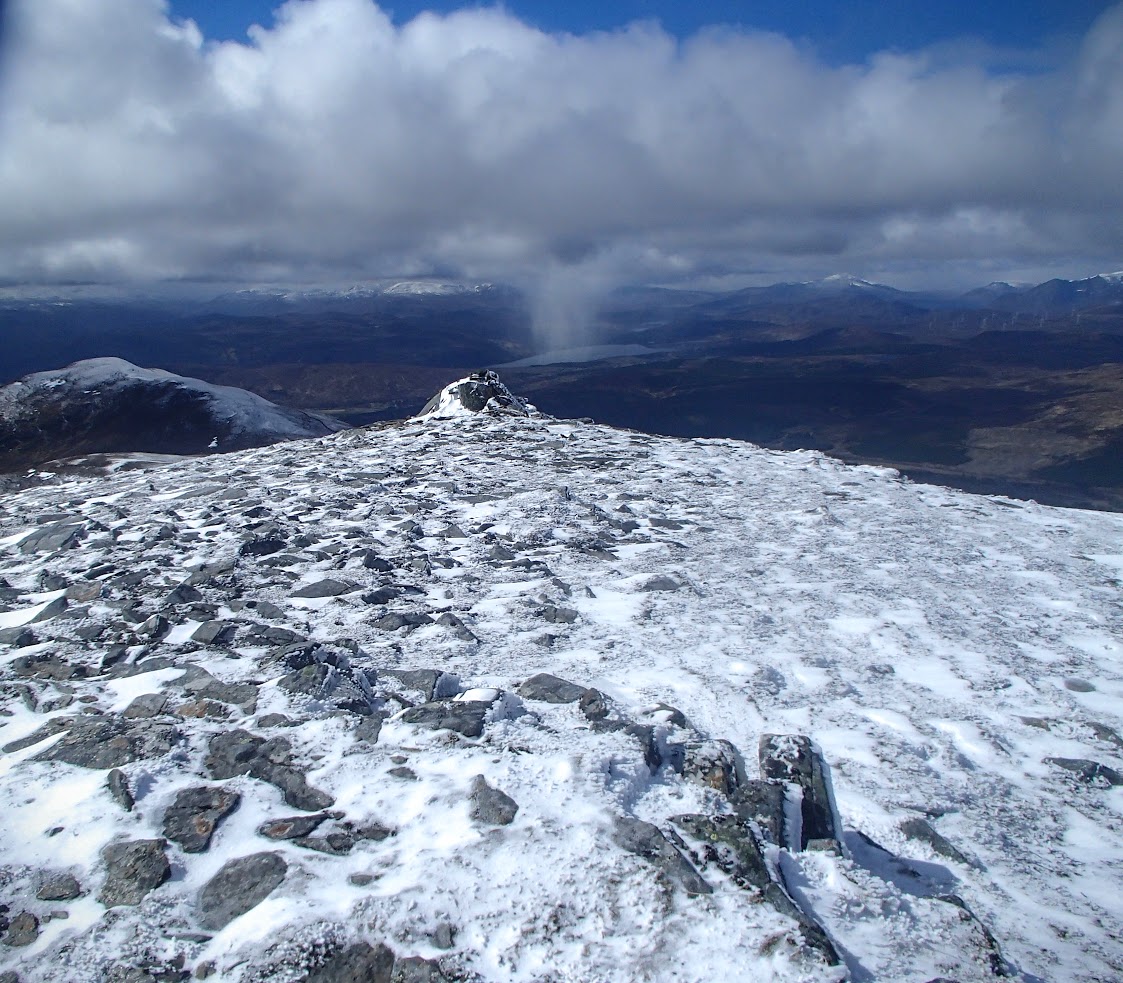 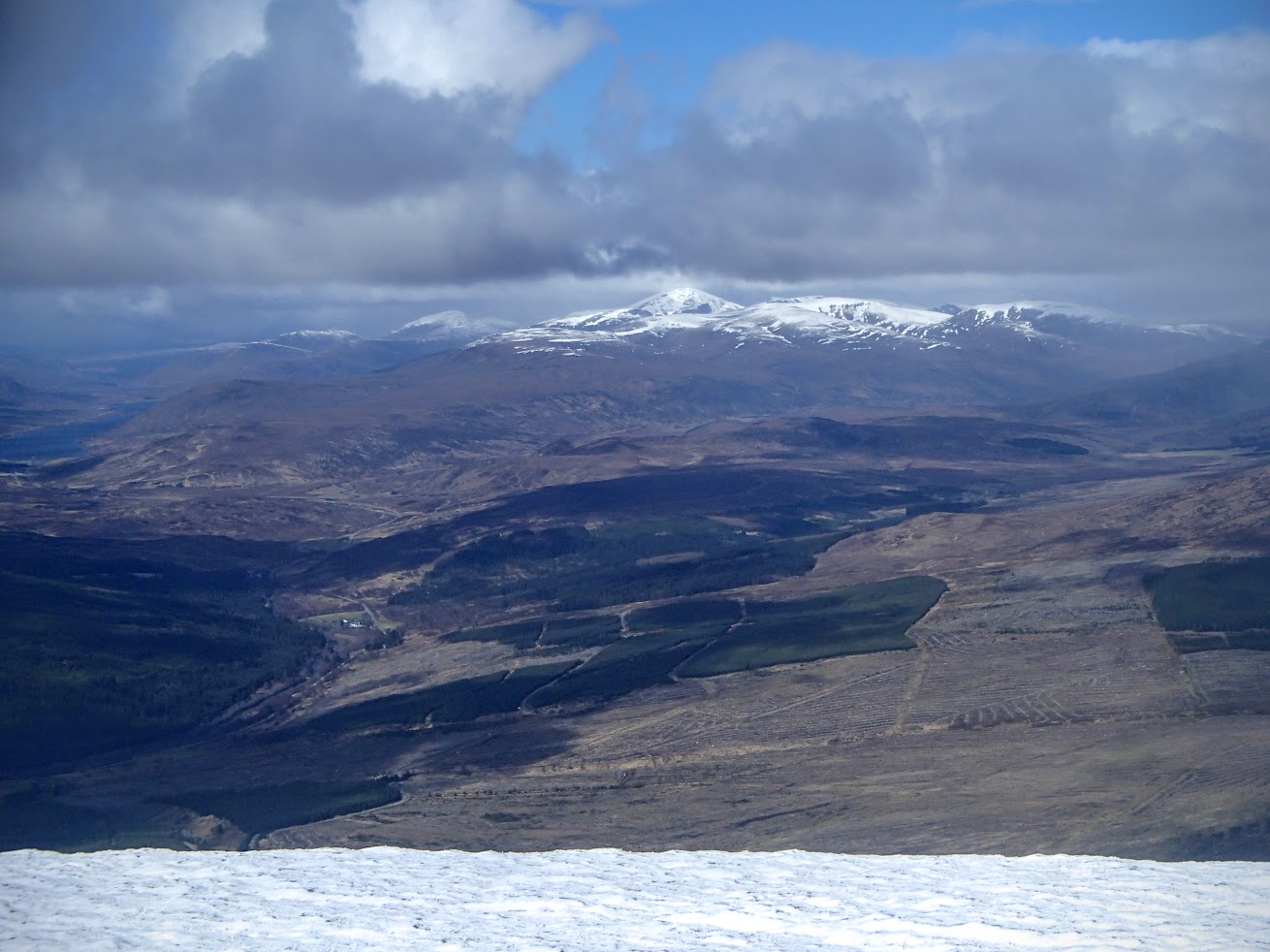 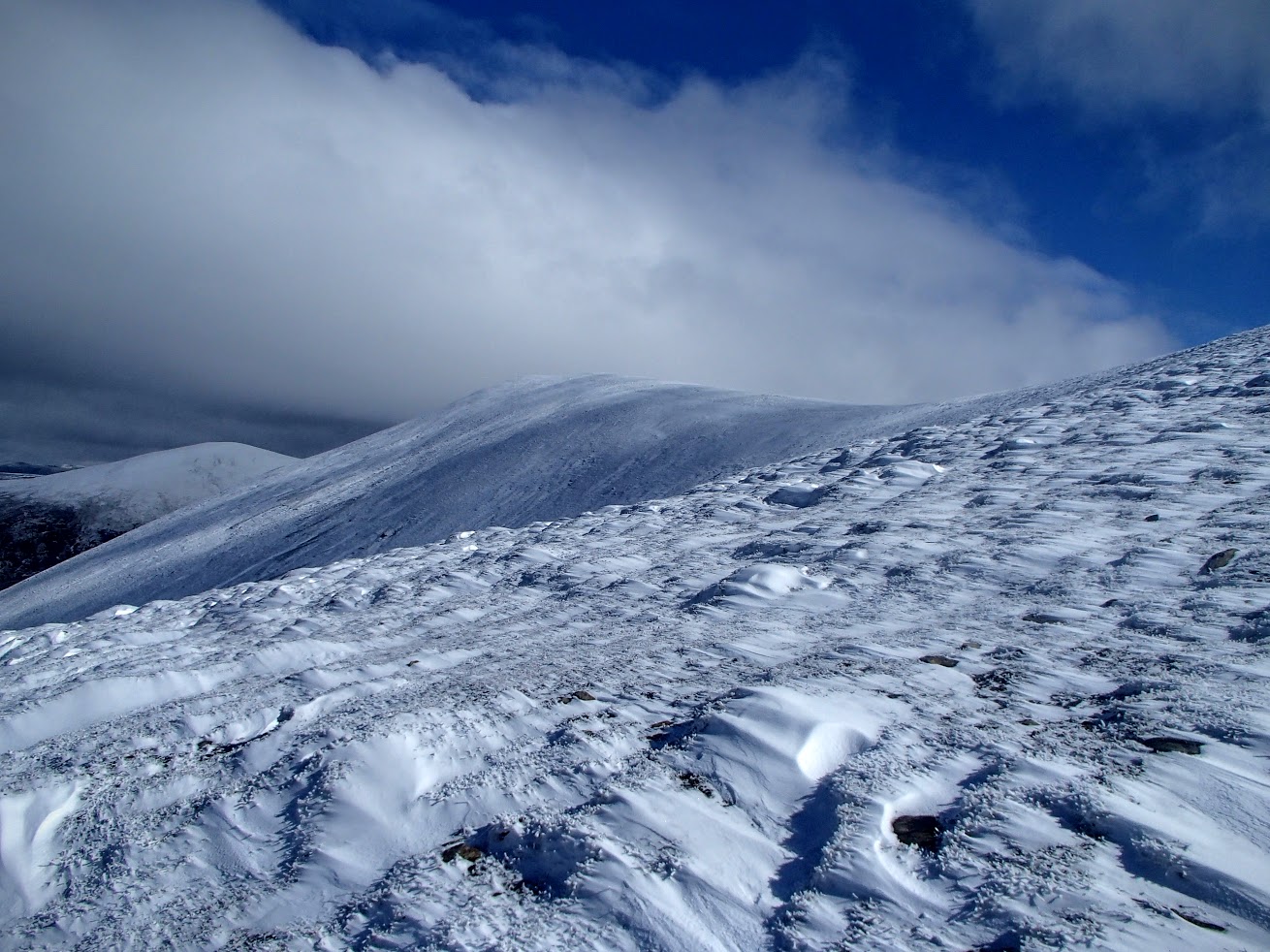 Made the top ... as the clag was moving in 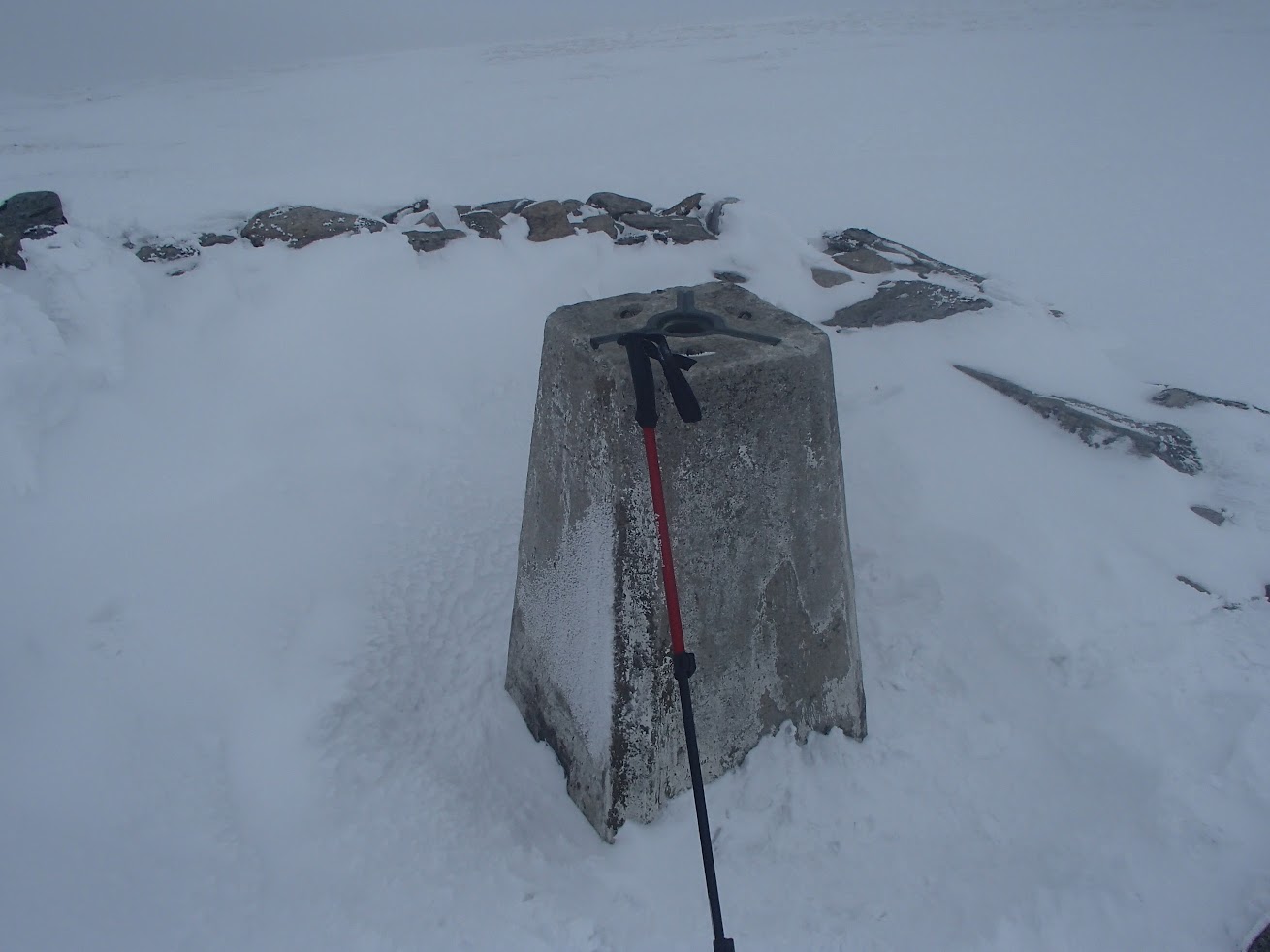 No summit views today! But you can just about make out the line dividing land and sky 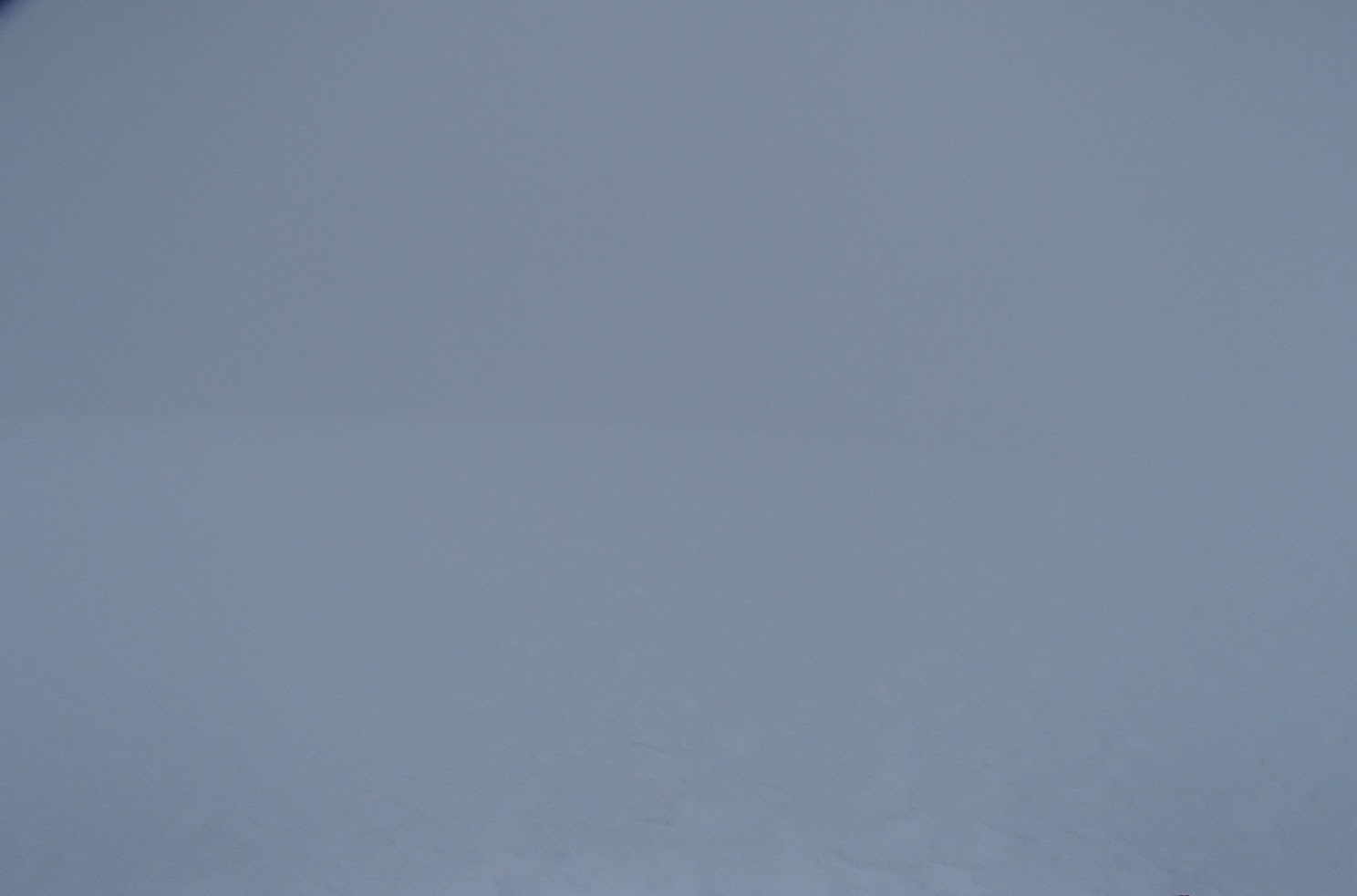 Yup - looks good in the snow. Pity about the clag at the top but at least there were blue skies - cheers