Ben Lomond via the back door

Ben Lomond via the back door


For many years I'd always fancied going to the summit of Ben Lomond other than by the usual route up from Rowerdennan. The true character of the hill is best seen from the summit ridge, which you get no idea of from the southerly approach. So yesterday afternoon/evening I decided that I'd jaunt up from Cromer farm, up into Coire a' Bhaithaich and onto the ridge.

I started out from Loch Con on the bike and, despite a stiff headwind on the approach up Glenn Dubh, I was quite quickly at the farm. Here's the route: (click on images to increase the size) 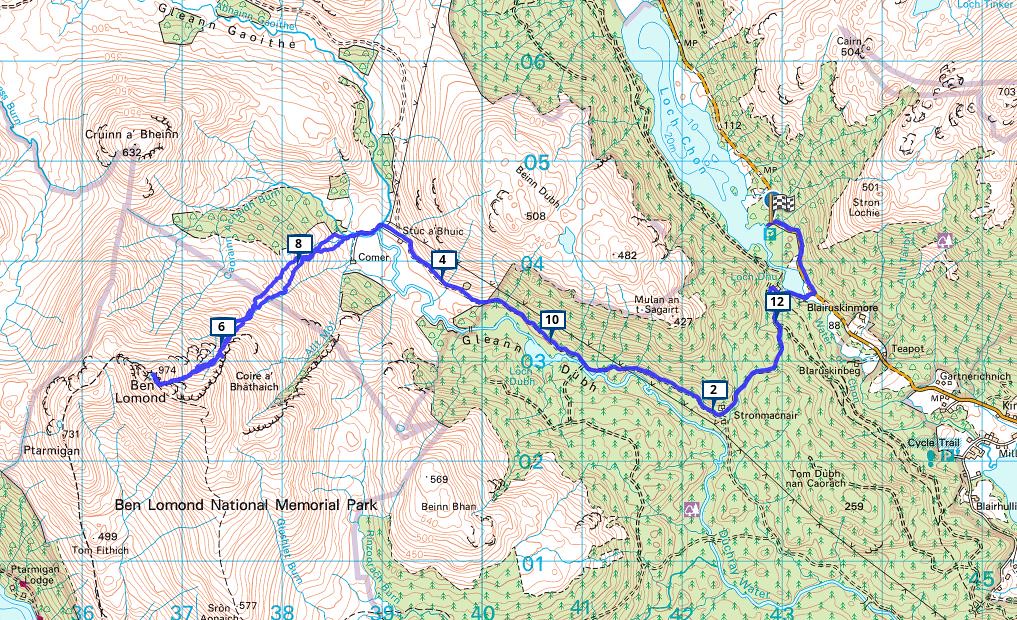 Cromer farm has a mighty fine backdrop, and Ben Lomond is scarcely recognisable. 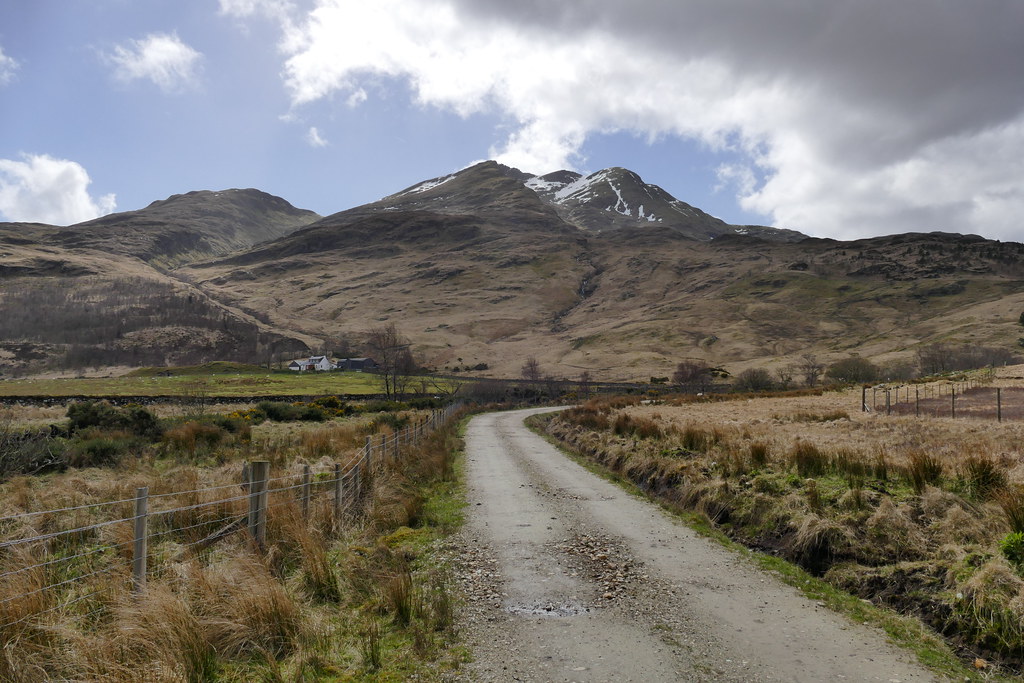 The initial going is fair straightforward, albeit quite steep in places. Head down, and get the legs going... 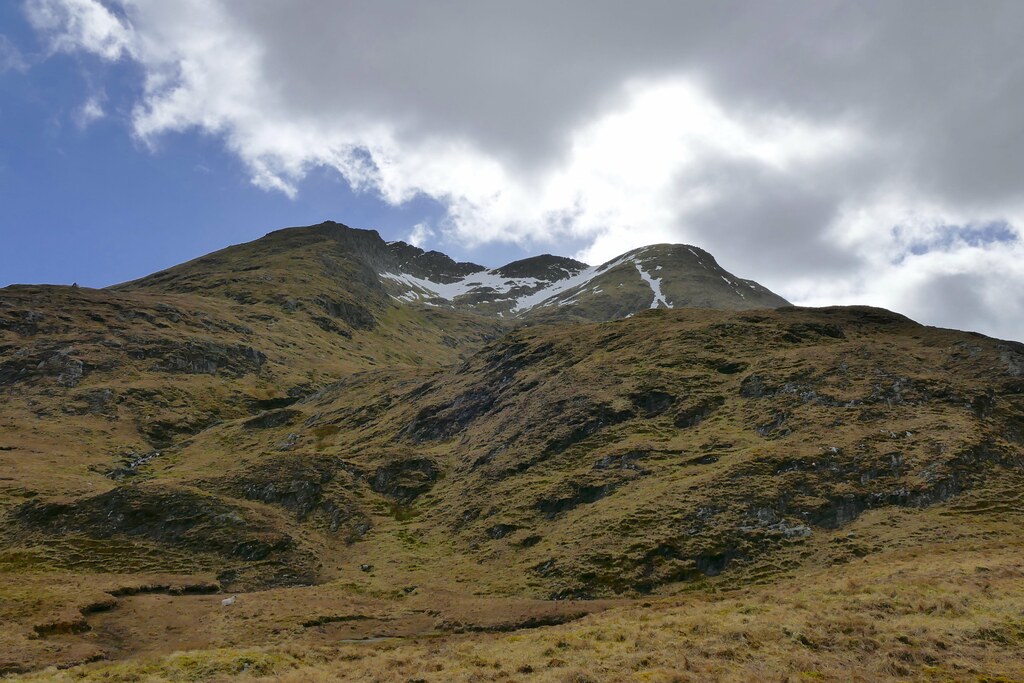 The corrie looms larger, and the ground gets steeper. The route up follows the obvious hollow, slightly left of centre, then up into the corrie.

After about an hour of walking the entrance of the corrie was attained, and I figured that I'd go right up the snow to the summit ridge. 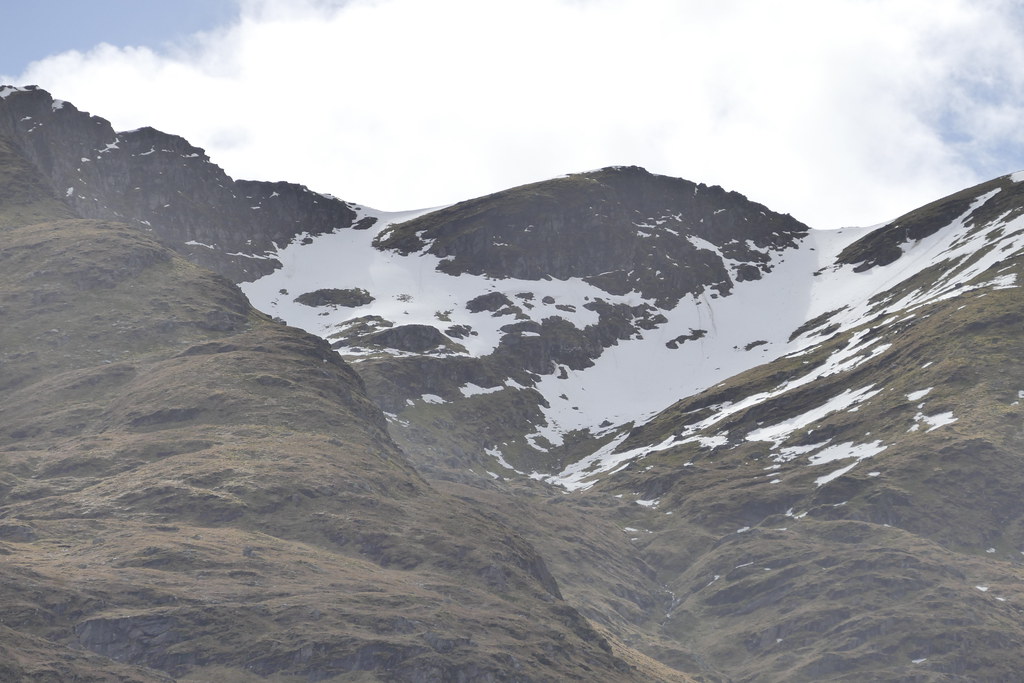 Coire a' Bhaithaich. My route took me up the right hand snow-field.

I knew that there'd be snow on this route so I had the axe, but in truth it wasn't really needed. The snow was soft as sugar. I had to wade through it at some points! 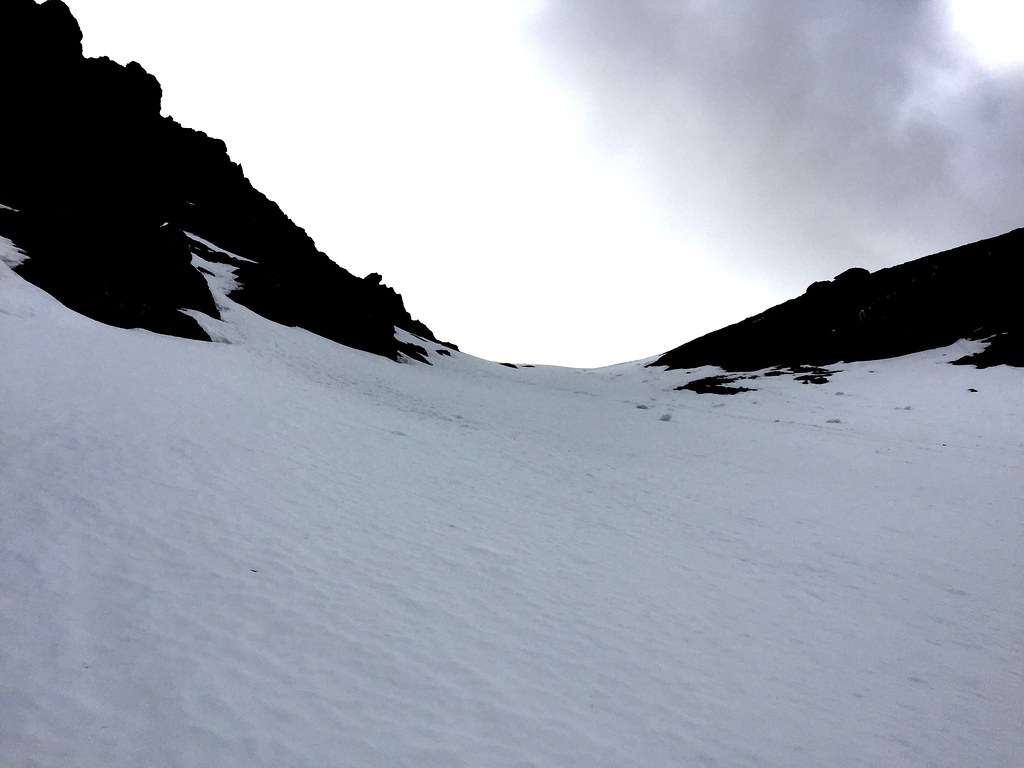 Nearly at the top... 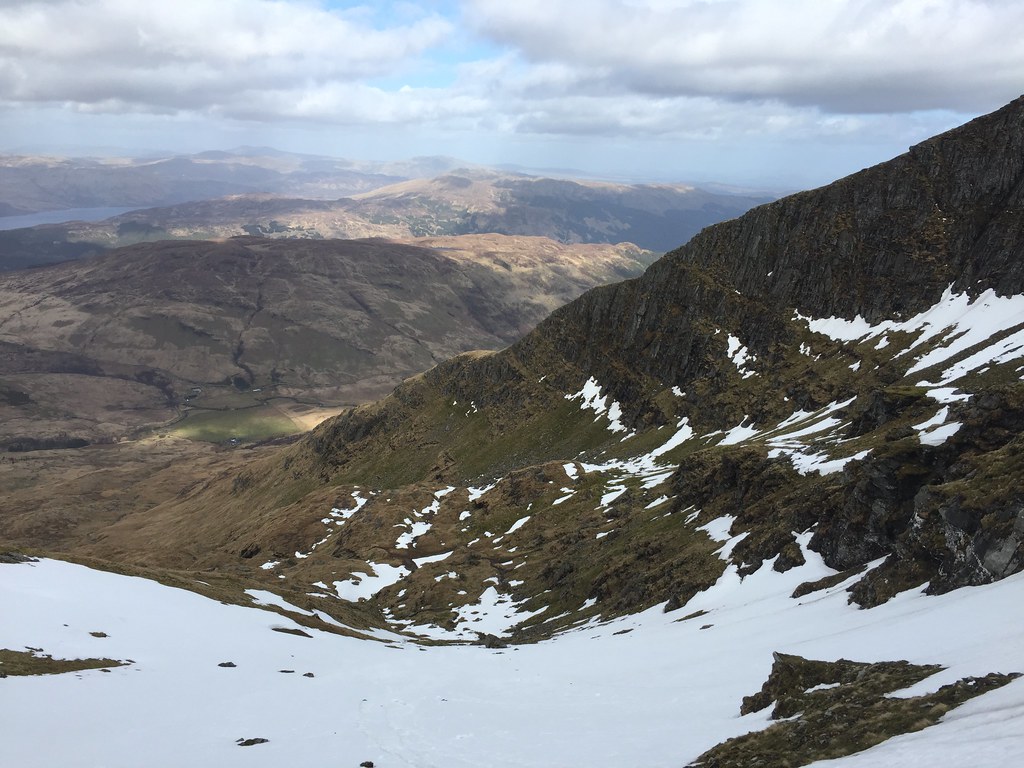 At last! On the summit ridge.

After a quick summit I went straight back down the snow, doing my best bum-slide to get 500ft of descent in less than 2 mins. I did have to use the axe a bit here, as it was steep despite the soft snow.

I was back at the bike in about an hour from the summit, and the bike back to the car was lovely with the wind in my sails.

I can heartily recommend this route. In summer it would make a fine alternative to the usual Princes St rush from the south. Also, the scenery of Coire a' Bhaithaich is absolutely wonderful on the walk up through it.

Re: Ben Lomond via the back door

Fascinating seeing it from that side. Thanks for sharing.

Re: Ben Lomond via the back door

Nice to walk it from a different side