Reading a previous report, I was initially put off Moncreiffe Hill but with Fly (retired dog) feeling energetic, and me slightly less so, I decided on a change of plan for the day and go for something she could come along on as well. So Moncreiffe Hill it was to be! We altered the route to the description, following the red route initially and then turning onto the white route to go up to Moncreiffe Hill Fort where there was a view point and from there to Moredun where we rejoined the red route.

Great start to the walk, just opening the boot and releasing the dogs! We only met one other couple with dogs (also collies) and two other groups of people minus dogs on the walk so mostly we had the place to ourselves. The paths were mostly bone dry too, though Moss as always found some mud to play in... It was an easy enough route to follow with markers at regular intervals along the way as we headed closer and closer to the M90 until the motorway was below us...and then thankfully the path sharply turned away from the road to head uphill. It was surprising how suddenly the noise from the traffic quietened as we headed uphill passed a field with sheep and back into some more woodland until we came to a signpost pointing towards the hill forts, where I decided we would leave the red route and onto the white route passing some happy smiley spider things on the way. We were soon at Moncreiffe Hill Fort where there was a trig point and nice views all around. And I got a doggy family photo. Can't see that Moss has her lead on in the photo, it wasn't attached to anything but she won't stay in a place I want her to unless she has a lead on. The lead doesn't need to be tied to anything, it just needs to be attached to her. Funny dog! We then followed the route along to the actual summit of Moncreiffe Hill where Moredun Hill Fort was, to find that didn't have a nice trig point just a pile of stones. 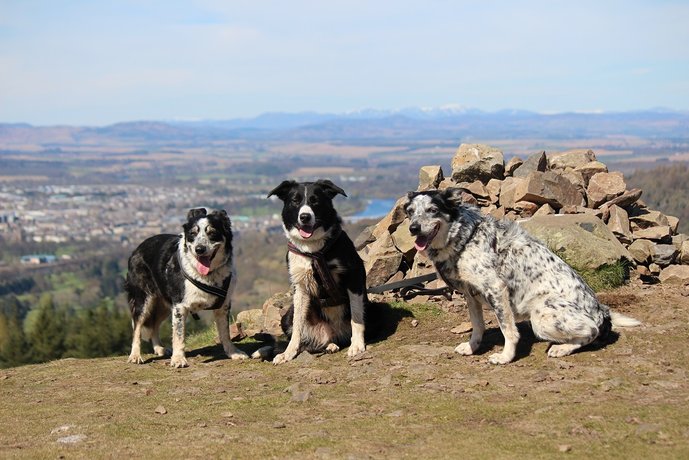 But there were nice views down onto Perth. 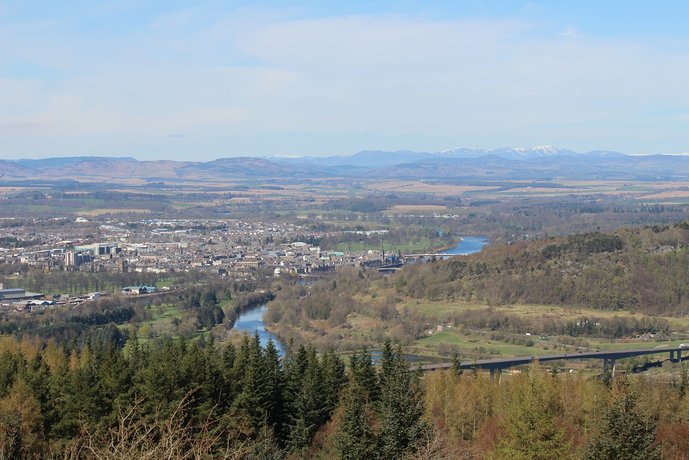 From here it was back onto the path following the red waymarkers again all the way back to the car, stopping to take photos of some peacock butterflies on the way. 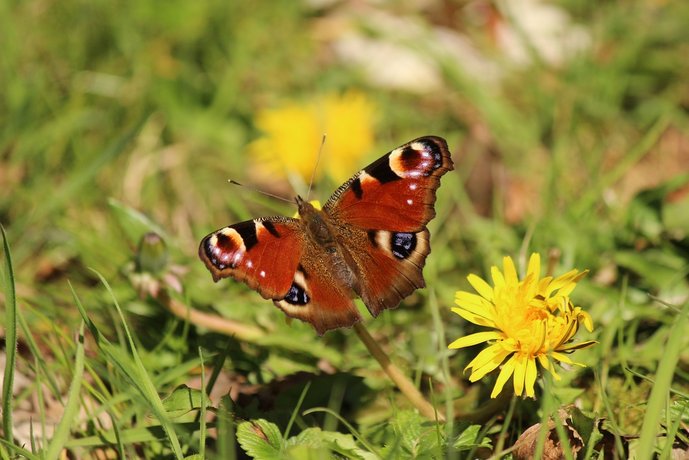 Always nice to see my local hill. I generally prefer the route up from the other side but this approach looks good in your photos, especially with the daffodils out.

Been past Perth hundreds of times oblivious to this walk's existence. Looks a worthwhile short walk.