Beautiful day in the Cairgorms

Beautiful day in the Cairgorms

I was going to visit a friend in Glen Ericht so decided to kill 2 birds with 1 stone
and do the Cairnwell 3 ,I set out at 4.15am and arrived at the Ski centre at 6.35
Going by the frost and the high starting point I decided to leave the boots in the car
and just wear my approach shoes

The weather was beautiful with clear blue skies , so got the dogs out and was on my way
at 6.40 Some locals on the ski run The lads on Carn Aosda summit 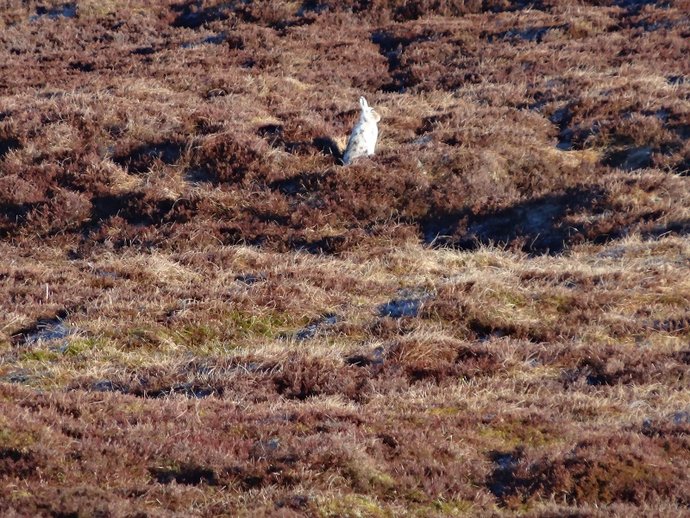 Pleanty of Mountain Hares on the path to Carn a'Ghe
oidh Another local putting on a pose There was very little snow to contend with and really just the final ascent to Carn a,Gheoidh
was the only part that had any real amount and it was solid packed
This was Jakes 90th Munro The Cairnwell not a nice sight No prizes for guessing what summit this is Looking from the summit to the carpark empty ,certainly not like this in the ski season Arriving back at the carpark there was one car just arrived and 2 ladies getting geared up
said a polite hello put my things in the car got the dogs in and was on my way
2hrs 40mins ,and I know these hills don't get great reviews but on a day like today
it was a great little walk ,20mins later I was sitting in my friends having coffee
so this was a bonus to get them done