A Braw Day on Ben Challum

A Braw Day on Ben Challum


Wasn't really too sure what to expect from this one. Had some plans in the evening so couldn't have too long a day on the hills - opted for Challum and wasn't disappointed.

Arrived at the A82 layby at around 8.30am to find only two other cars. Boots on (and gaiters - heard this one could be boggy) we set off down the track towards Kirkton Farm. The sun was out already and it seemed like the weather would be kind to us today. An interesting start to the walk - a small sign pointing out Ben More, Binnein et al to the right of the farm as well as lots of information signs at the graveyard and remains of the priory. Through the gate, ignoring the West Highland Way route and up the track towards the railway crossing. After crossing the rail, there was a small cairn marking where to turn off the track to begin heading uphill. We actually missed this and followed the track further than we should have before bearing right towards the deer fence. In the end it didn't cause us too many issues. 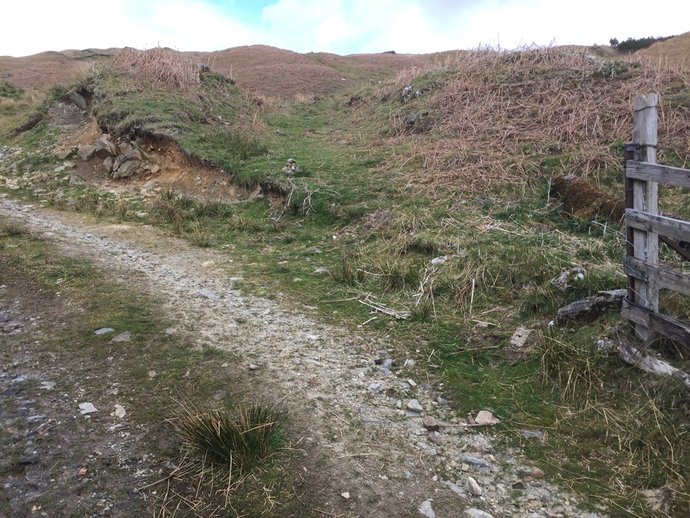 The cairn we missed!

Then the walk became a bit of a boggy slog up the side of the deer fence and across a couple of stiles (starting to get a bit shoogly). Although it was boggy, I can only imagine how this route must be after heavy rain - nightmare! Meanwhile, to the right of us, Ben More & pals looked absolutely cracking and snow capped. As we arrived on the south summit, we encountered our first snow of the day (pretty firm) and also met a nice chap who advised us if we stayed to the left of all the snow, we could virtually avoid all of it whilst sticking pretty close to the path. The ridge along here was absolutely brilliant to walk. We came along pretty quickly and before long, were at the summit. 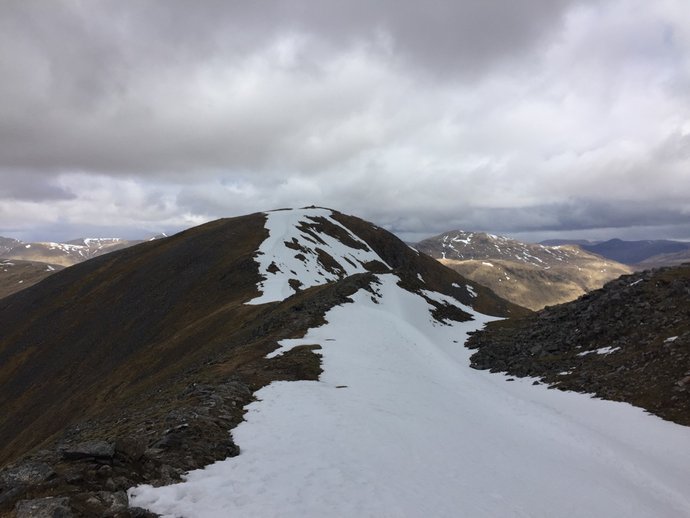 Dram at the Summit

Only time for a quick photo though. At this point, it was absolutely baltic so we decided to quickly descend and have our lunch at the cairn just below the south summit - it was a lot more pleasant, sheltered from the wind and with the snowy mountains in front of us. Cracking lunchtime view!

When we arrived at the farm, we passed a good few people heading along the West Highland Way. I must admit at that point I was happier to be heading for the car. I really was surprised by Challum. Didn't expect too much but ended up having a day on the hills to rival any this year.