6 fells from the top of Wrynose Pass

6 fells from the top of Wrynose Pass

With the promise of mostly fine weather, I decided to head fairly high, and take in the fells around Wrynose Pass. Being able to park at 393m certainly saves some time and effort

It was cold and gloomy as I set off, heading to Cold Pike first. Cold Pike from the path.

I followed the path to near High Teighton How, then headed across the boggy ground for the ascent of Cold Pike. The snow was fairly deep in places, but it was still a fairly easy ascent. Light snow showers were blowing in now and again, so I made for the path near Great Knott and down to Red Tarn. As I began the ascent of Pike o' Blisco, the sun appeared and layers needed shedding!!

Because of the snow, I couldn't make out the path, so just went straight up, which because I hit a couple of little scramble spots, made it a bit more interesting With no path to follow, I made my down the fell side, hoping to hit the path at Redtarn Moss, which I just about managed Once back at the road, I took the signed path for Wet Side Edge. This was easier to follow, and I was soon at the 579m cairn. Looking towards Helvellyn, shrouded in cloud.

I followed the path over Hell Gill Pike & Little Carrs, before hitting the summit of Great Carrs. 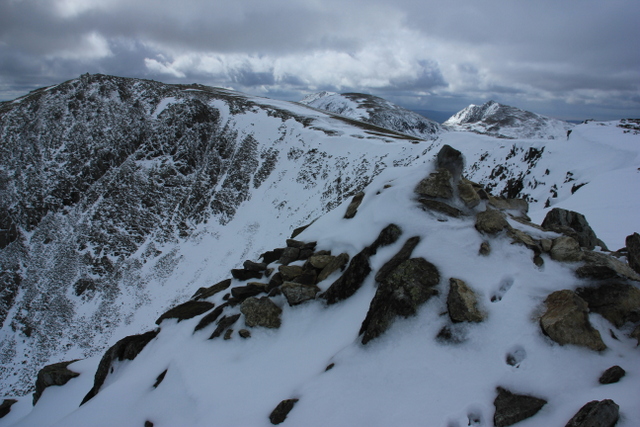 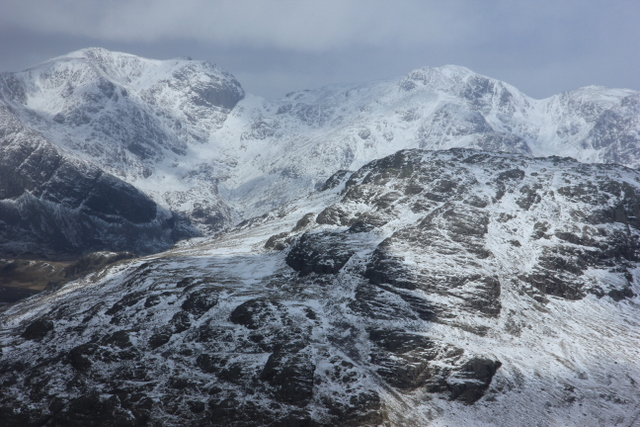 I hadn't initially thought to go to Grey Friar, but it looked so close it seemed a shame not to, so I descended to Fairfield before the short ascent to Grey Friar summit. After a short stop for lunch, and the obligatory Matterhorn rock photo, Swirl How was the next port of call. Looking back to Grey Friar. Prison Band was quite treacherous, so I made my way carefully down to Swirl Hause. The ascent over Keld Gill Head was much easier, then it's an easy walk along to the final little climb to Wetherlam summit. Went the rough way over Rough Crags, then followed the fell side back to the Three Shire Stone, having enjoyed a great day.

Good effort Mamoset, some nice fells there. Last day of April and it looks like the middle of winter!

Beautiful pics Mamoset, as Dav says it looks a lot more like winter

I hadn't initially thought to go to Grey Friar, but it looked so close it seemed a shame not to

I sometimes have a thought like that when I'm out...then I give myself a good shake and forget it

Glad you enjoyed the extended day mate, I envy your spirit, I think I left mine blowing hard half way up a hill somewhere

and good weather you had too

and good weather you had too

Cheers trailmasher. Started walk @ 0800 and yes, it looked moody, but was pleasant enough