Another trip down to Galloway, this time to collect my final Donald in the area - Larg Hill. It also made sense to climb Lamachan Hill as it was on the route anyway.

Parked at Bruce's Stone and walked along the track past Buchan to Glenhead. A perfect day for walking - pleasantly mild, high cloud and low winds. From Glenhead, I took the track to the foot of the Shiel Burn. 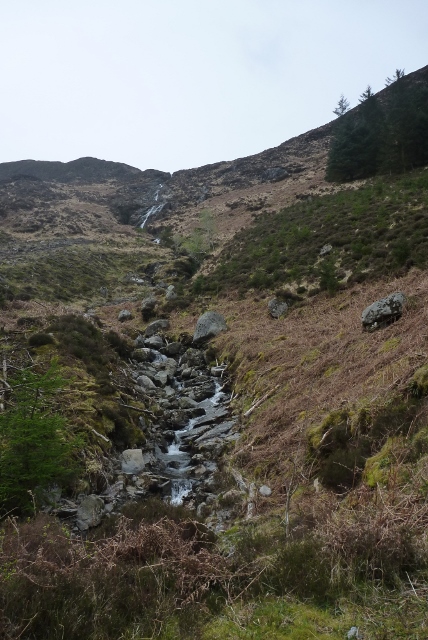 The Shiel Burn from the track

The initial stretch along the burn gives the roughest walking of the day - steep, rough ground through some small trees. It was a case of head down and get on with it. However, the going gets easier as you approach the col at the Nick of the Lochans. 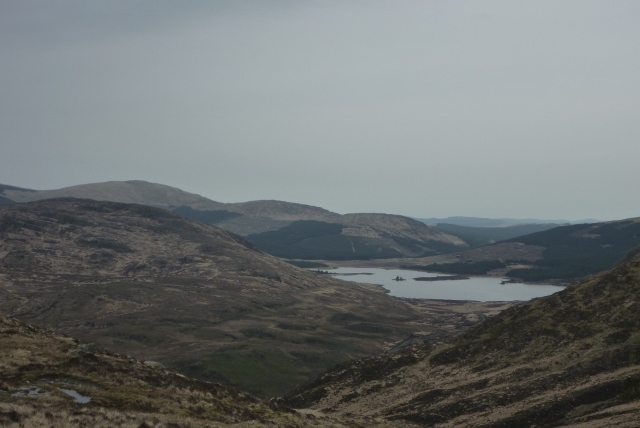 Loch Dee from the Nick of the Lochans 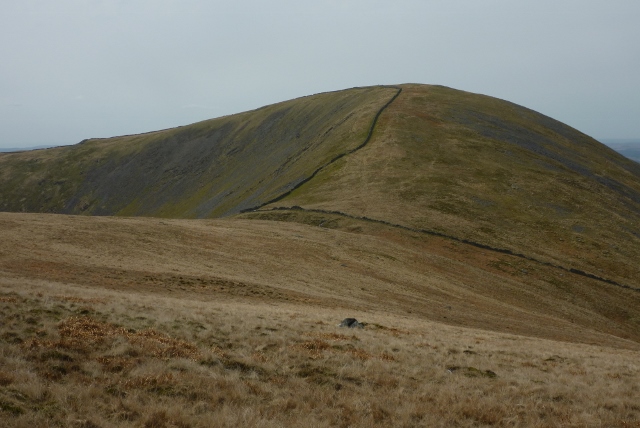 Larg Hill from the south ridge of Lamachan Hill

A short and easy walk from the col to the summit of Larg Hill. As the hill stands right on the south west edge of Galloway, it gives extensive views of Wigton Bay and the Machars. 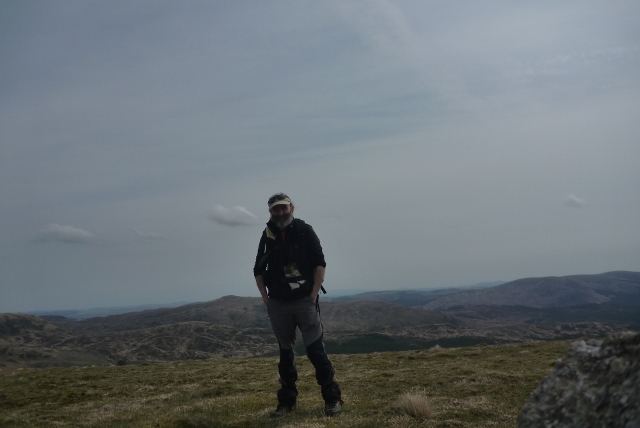 At the top of Larg Hill 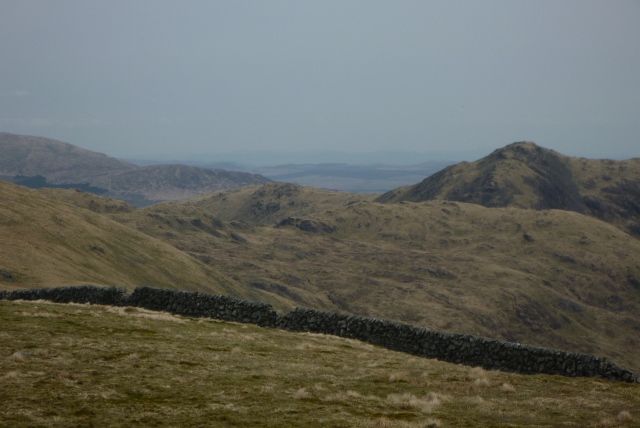 Another pleasant section from Larg Hill, back to the col and then along the ridge to Lamachan Hill, where I stopped for lunch. 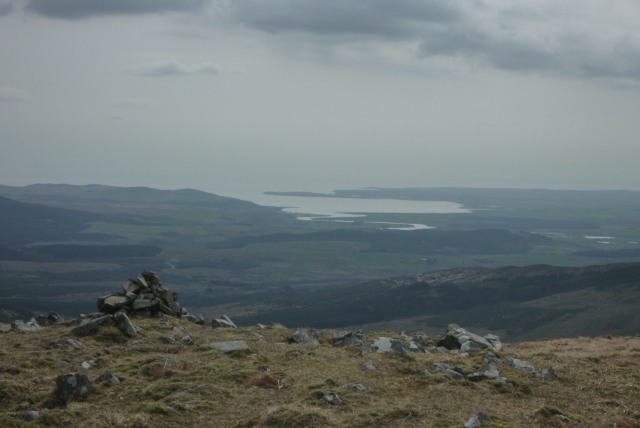 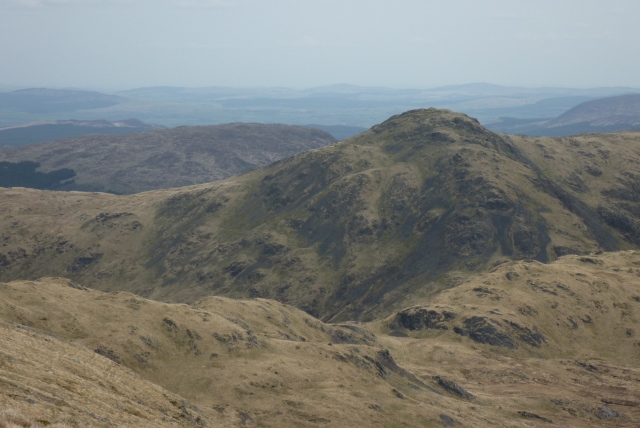 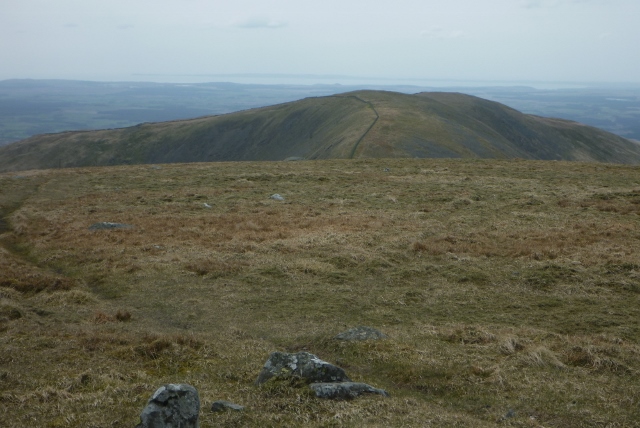 Looking back to Larg Hill from Lamachan, with the Solway in the distance 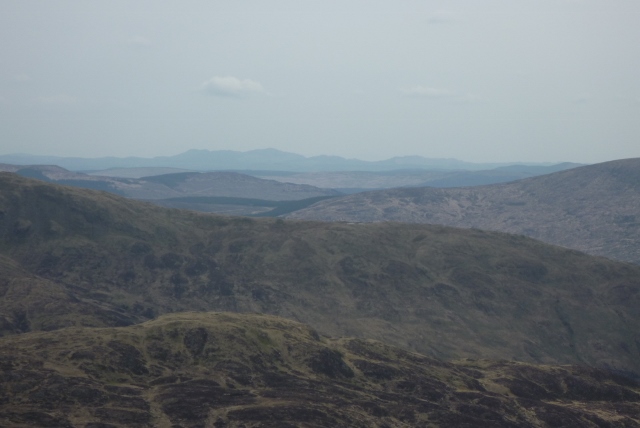 The Cumbrian Fells from Lamachan

Rather than descend to the Nick of the Lochans, I took a more direct line, aiming to pick up the east bank of the Sheil Burn. I thought that the underfoot conditions might be better this way, and so it proved. 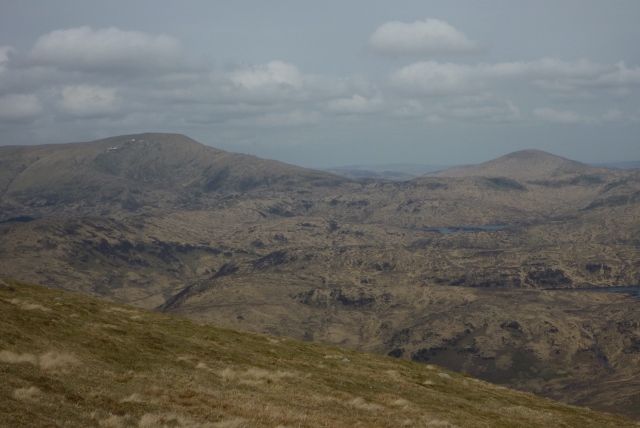 The Merrick and Mullwharchar on the descent 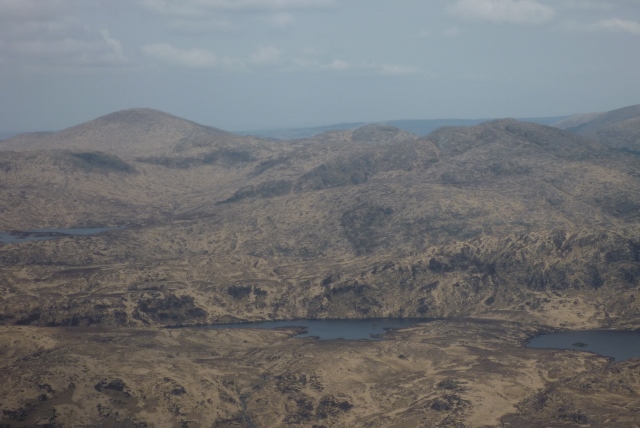 I made my way back to the track. Still not great walking, but marginally better than this morning!

Once on the track, it was a quick walk back to the car and the long drive to Wooler. 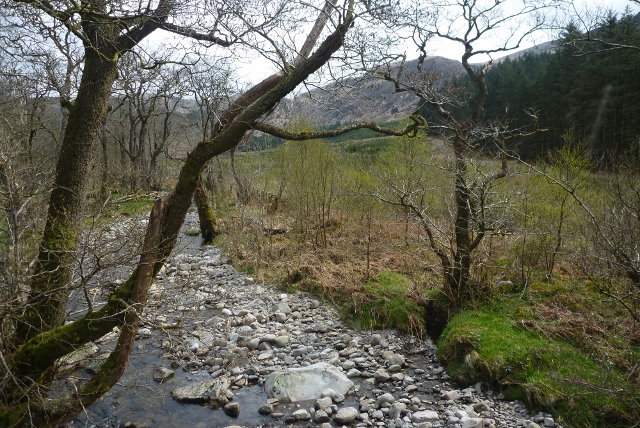 Looking back from the Glenhead Burn