Beinn an Dothaidh.gpx Open full screen  NB: Walkhighlands is not responsible for the accuracy of gpx files in users posts

I'd already done Beinn Dorain many years ago, but had knackered by ankle on the descent so had omitted Beinn an Dothaidh. So when looking for a quickie that I hadn't done before to take advantage of the cracking weather, this was the natural choice.

From the car park next to the Bridge of Orchy hotel, cross the road and head for the railway station. Pass under the railway line and you are confronted with a big radio mast - follow the path that goes round this to the left and than just follow the path straight up hill towards the bealach between the two hills. Well I say path...it's really a several metre wide, rubble filled scar on the hillside, but it's fairly easy going and not too steep. 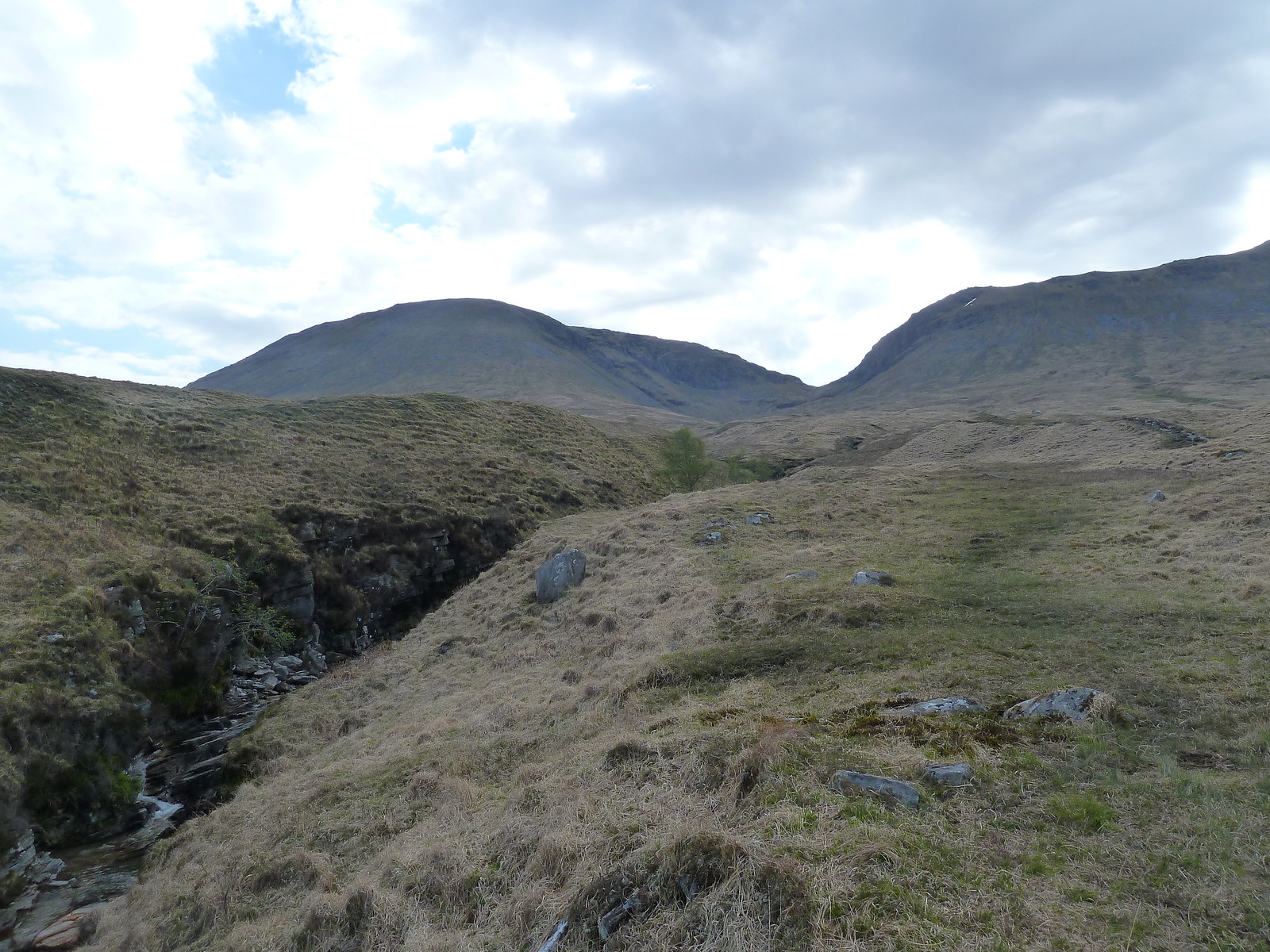 Head for the low point on the horizon 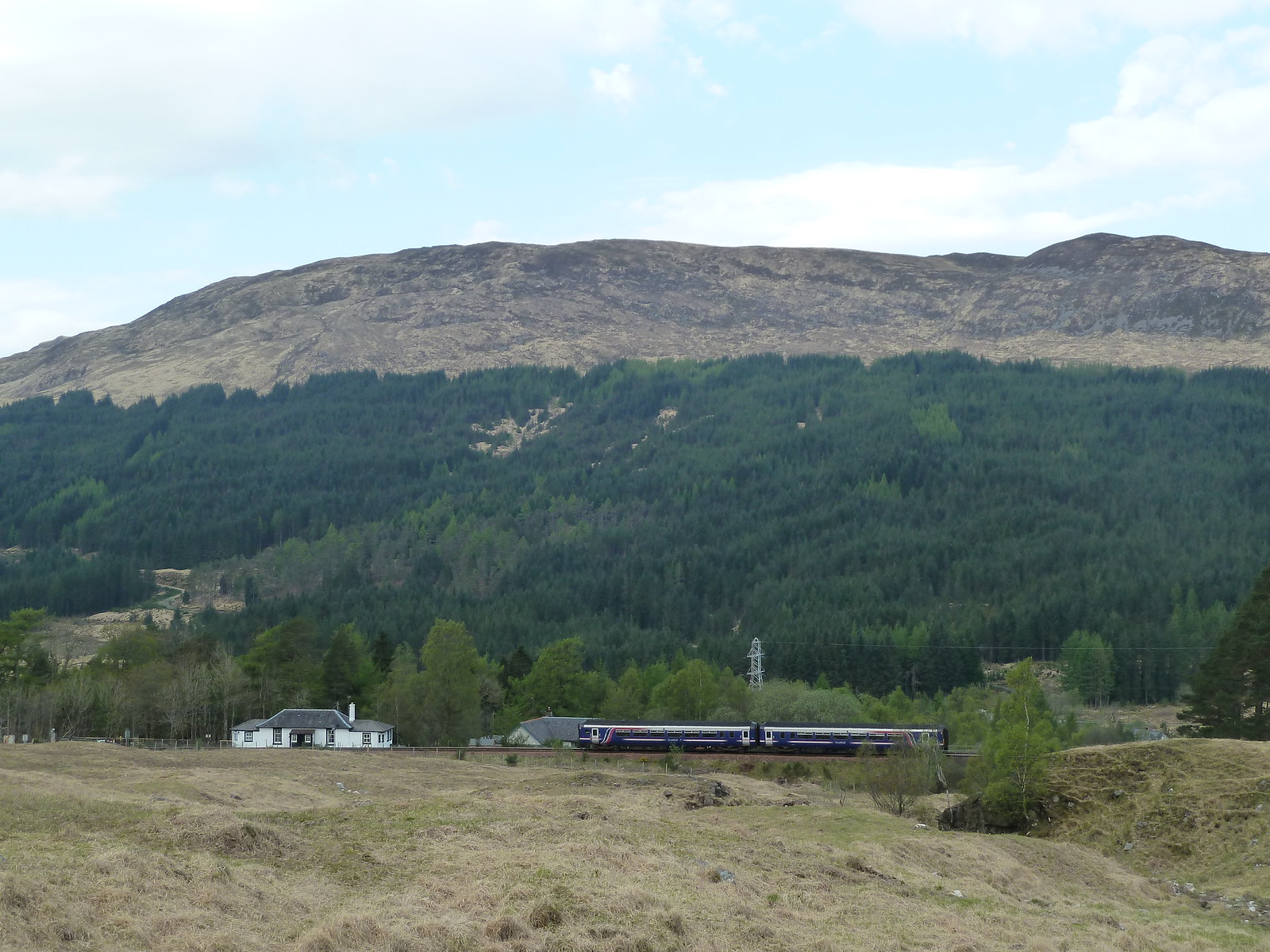 There's not a lot to say about the trudge up to the bealach. It's mostly a steady climb with a couple of steep bits near the end. The cliffs of Beinn and Dothaidh start to appear on your left, and are very impressive, but it is a relief when you reach the huge cairn that marks decision time for those doing both hills. I was only doing one, so there was no decision to be made,..it was off to the left for me.

The path that leads up to Beinn an Dothaidh is initially quite steep, but it is in much better condition than the scree-filled trough that has led you this far. After a short while the steepness eases off and the path peters out...at least it did for me! There are basically three high points, each marked with a cairn, and the actual summit is the middle one. However it is worth visiting all three and doesn't add much time to the walk. 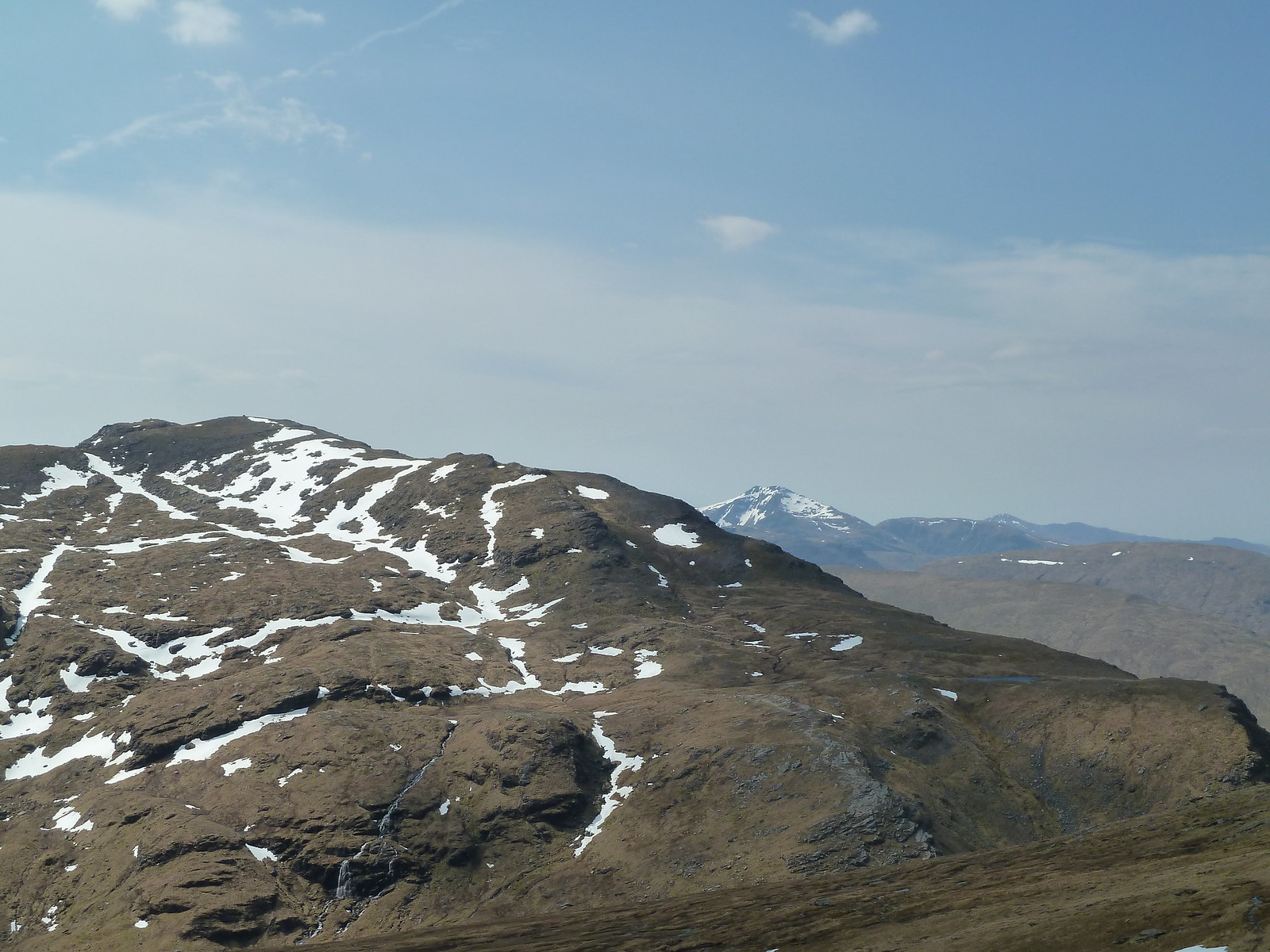 Beinn Dorain with Ben Lui behind

I headed for the obvious east summit first, which gave great views of Beinn Dorain, and a feeling of being on the edge of the mountain. 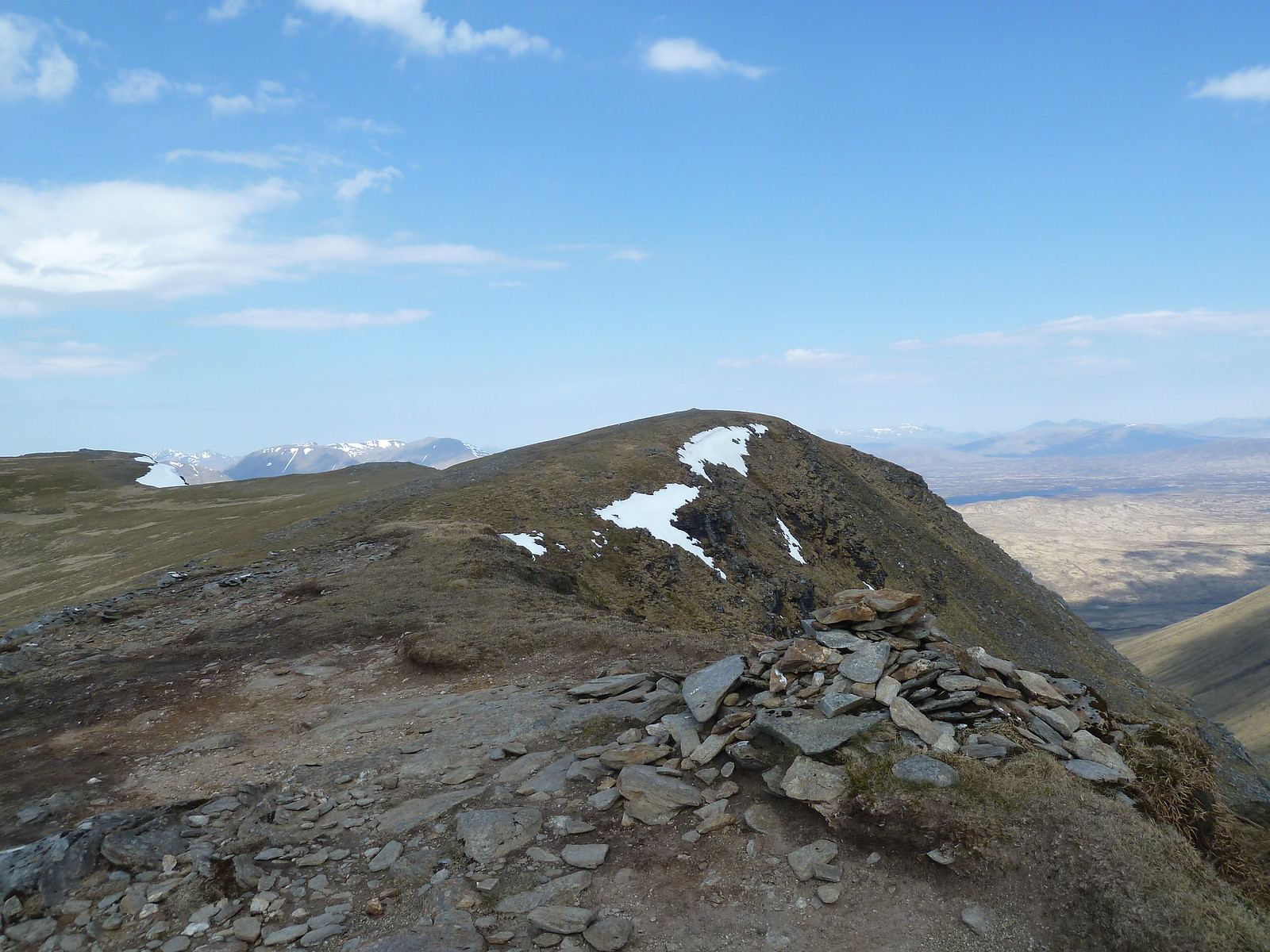 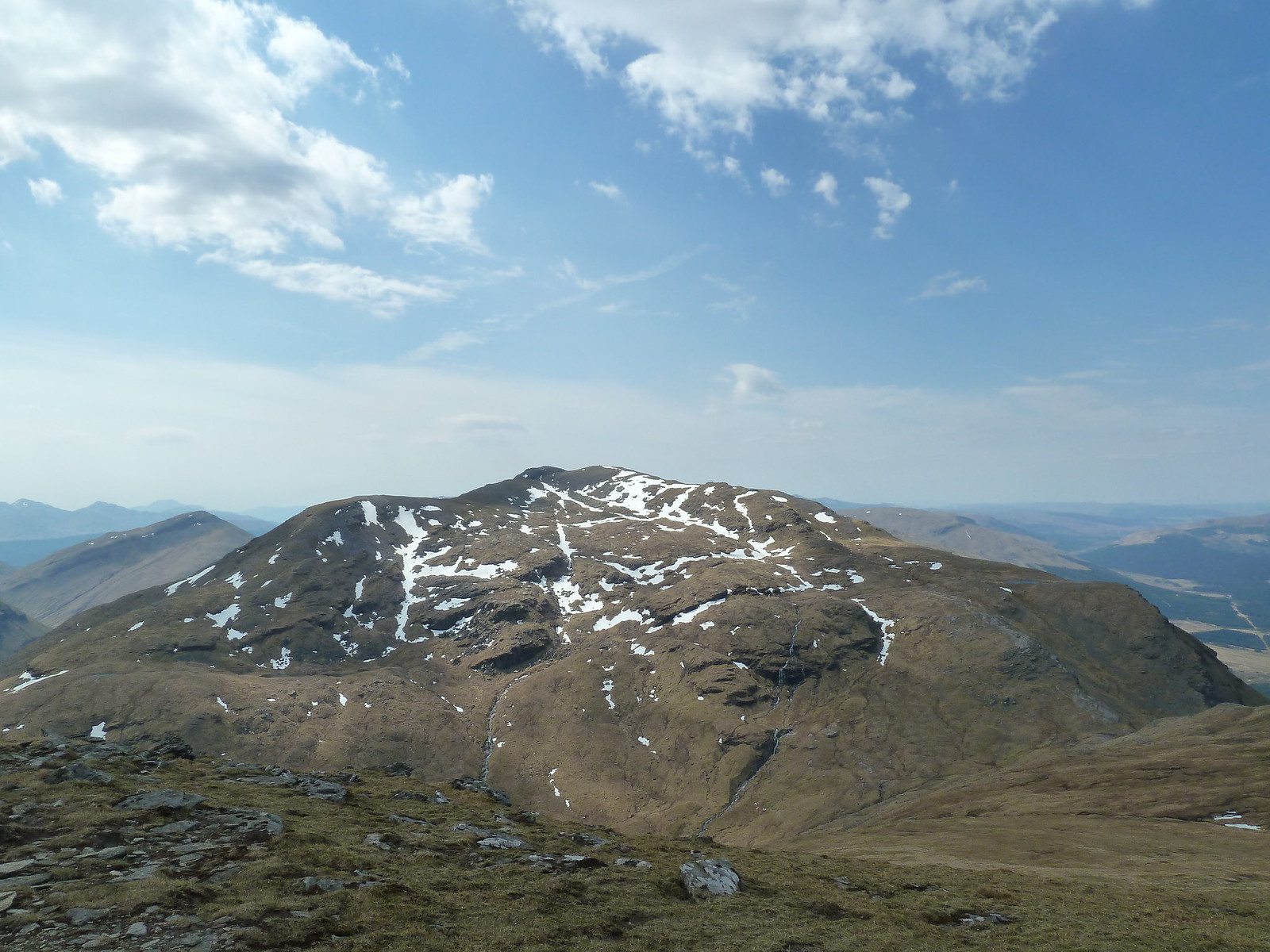 Beinn Dorain from the east summit of Beinn an Dothaidh

From here it is ten minute stroll over to the actual summit of Beinn an Dothaidh... 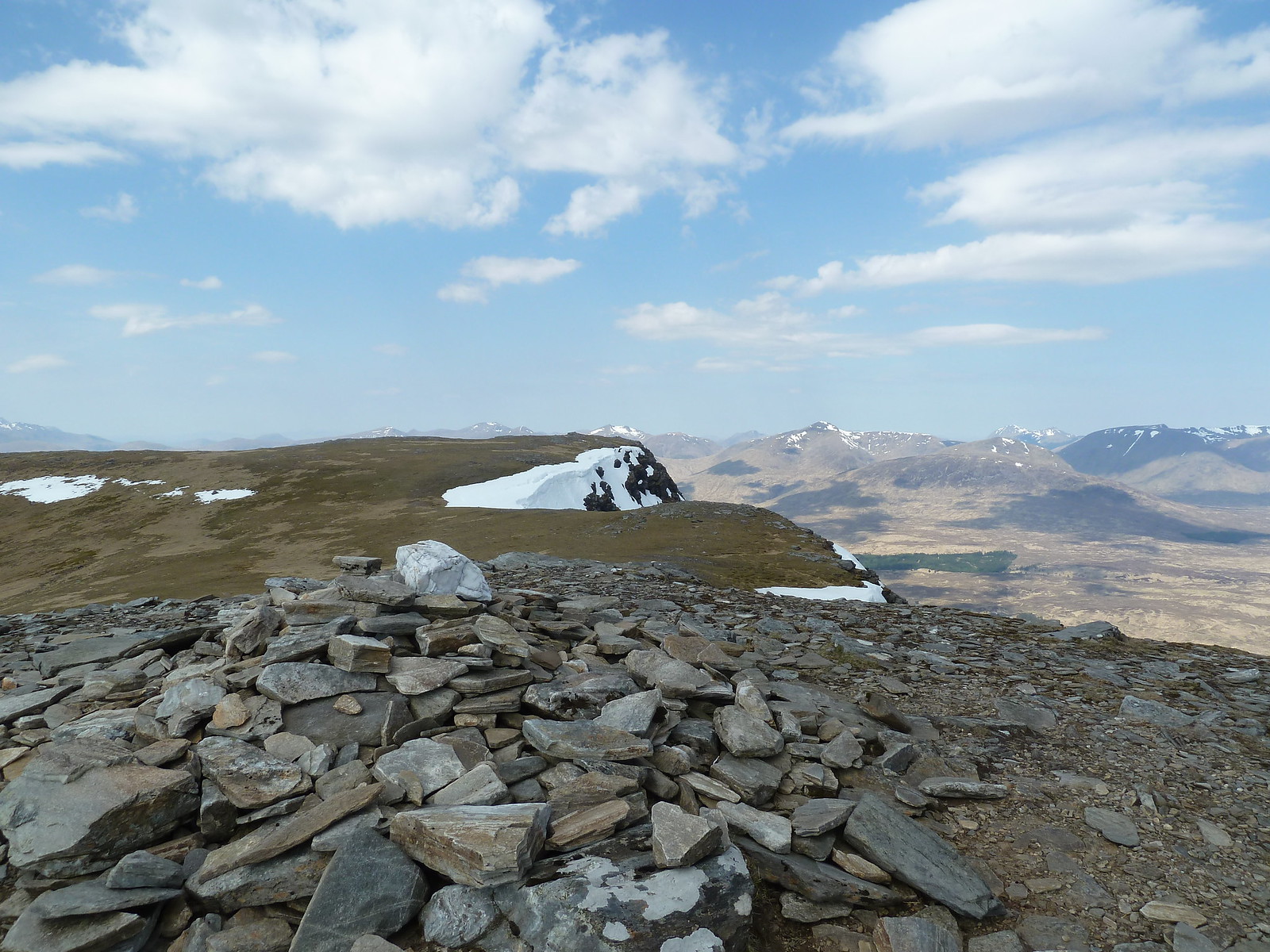 Summit cairn of Beinn an Dothaidh, looking towards the west summit

...and from here it is another ten minute stroll to the west summit, and the best views of the day. 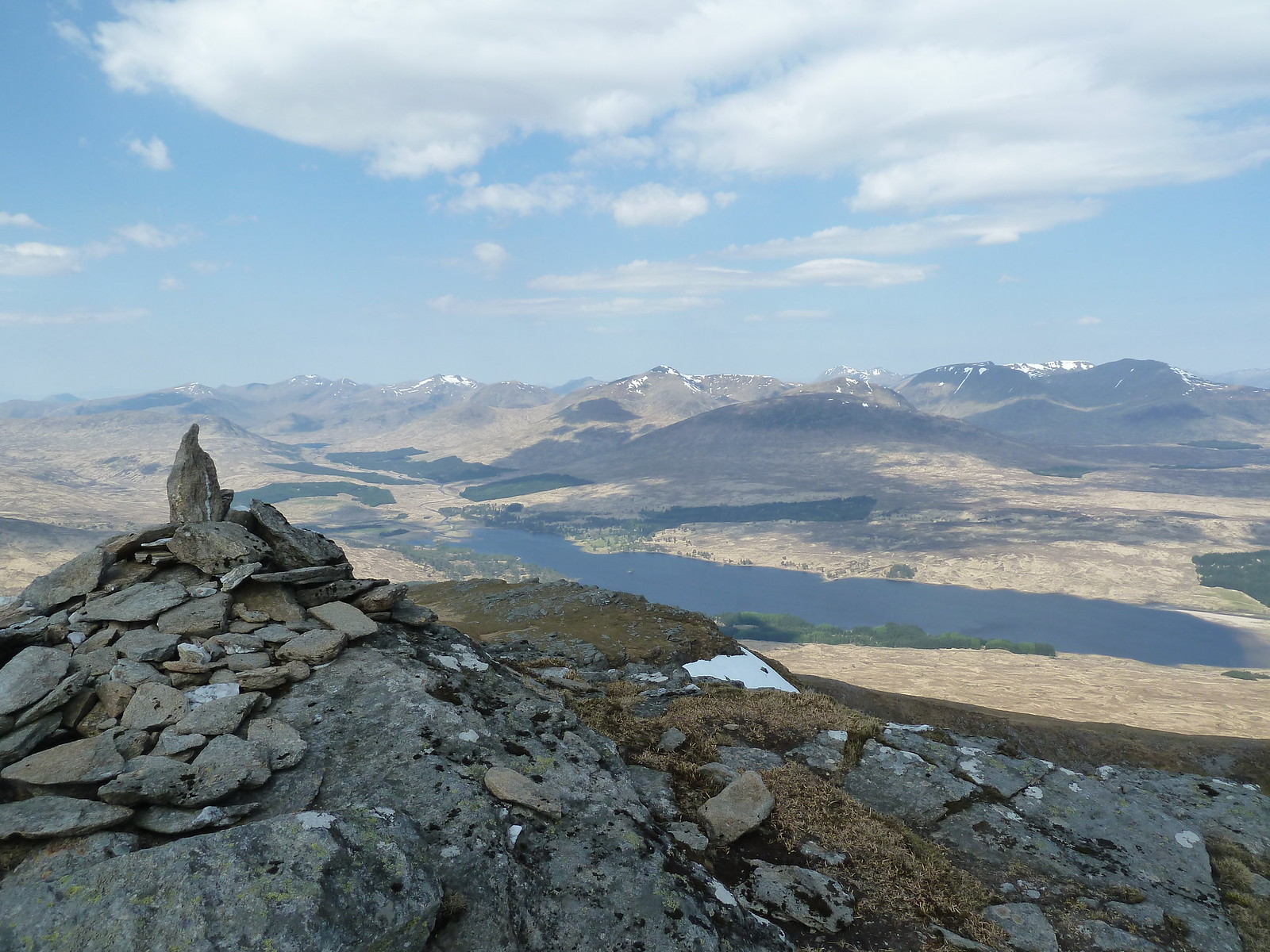 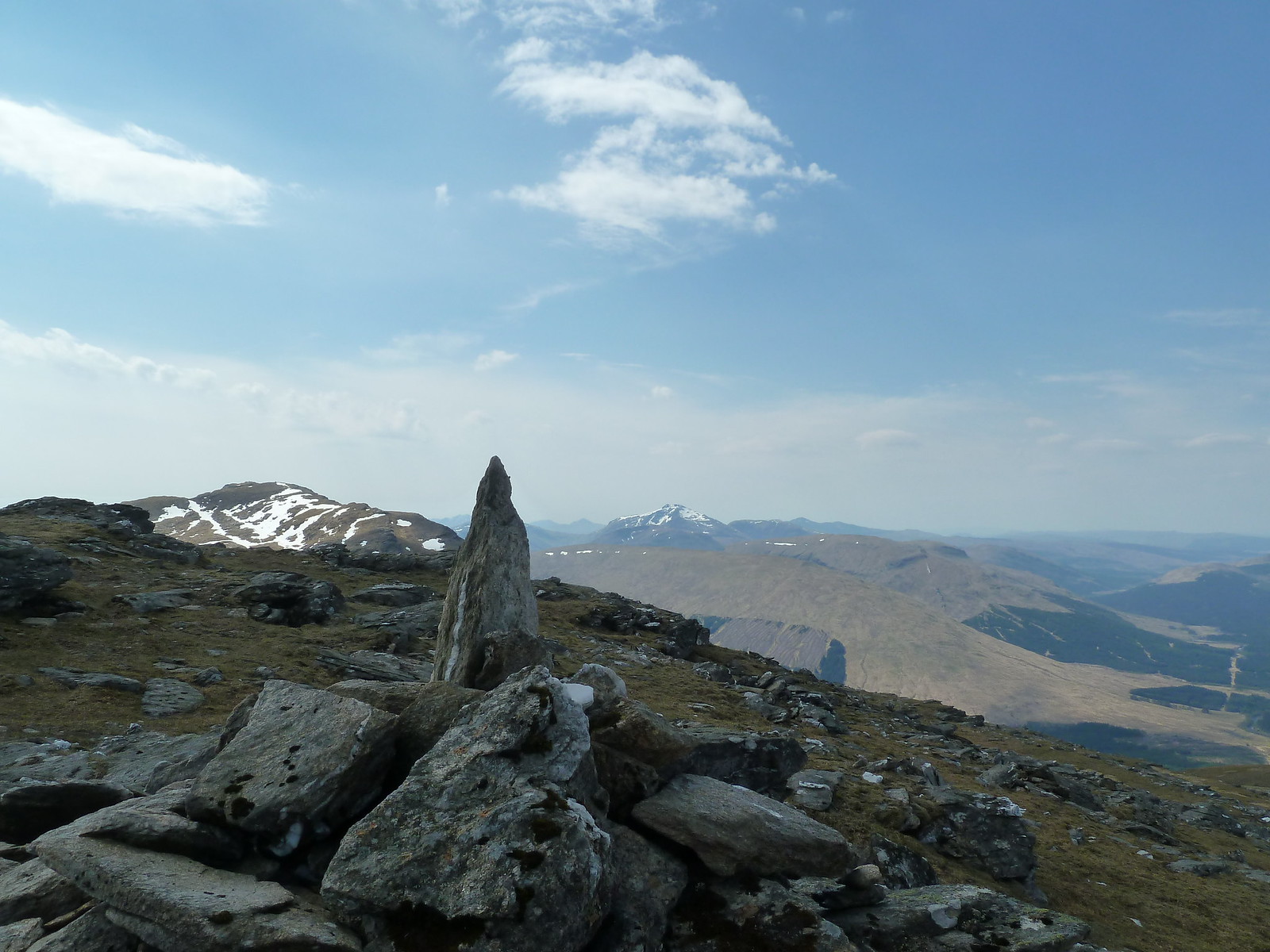 All the way up I was behind a couple of walkers, who had headed straight for the "real" summit, turned round and headed straight back down again, obviously heading for Beinn Dorain. Each to their own, but it seems such a shame to miss out on all that this hill has to offer. Also, in the stiff easterly wind, the west summit provided a perfect spot for a bite of lunch looking over Loch Tulla.

Suitably refreshed, the best means of descent is straight down the south ridge on easy slopes until you rejoin the path just above the bealach. From there it was back on to the rubble-strewn highway and back to Bridge of Orchy.

So in summary, it's not a very inspiring walk into the heart of the mountain, but it's relatively easy going, and the rewards once you are up there are well worth it.