Earls Seat.gpx Open full screen  NB: Walkhighlands is not responsible for the accuracy of gpx files in users posts

The weather turned out much better than forecast, so at about midday I decided to head for the hills...the nearest one that took my fancy was Earl's Seat. I've been up the Campsies many times, but I'd never climbed Dumgoyne before despite it being so prominent from points all over north Glasgow.

Turned up at the layby next to the distillery and amazingly there was a space! I wasn't expecting that on a hot and sunny Saturday. Anyway, parked up and set off up the private road past a few houses and into some lovely woodland. The bluebells were everywhere, the birds were singing, the sun was shining, there wasn't a breath of wind...perfect! 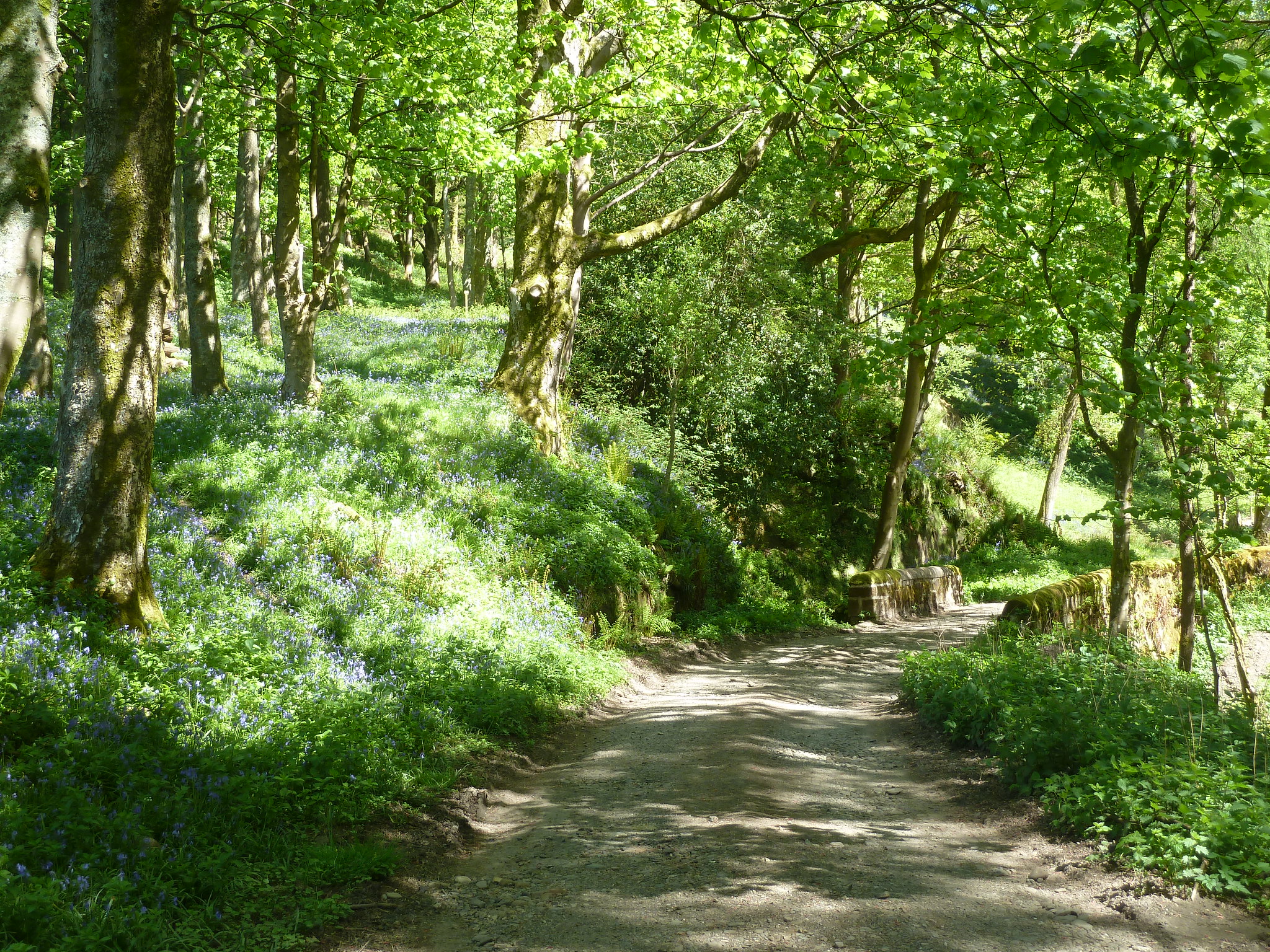 Keep following the road, which turns into a track, past a field with solar panels in it (smart move on a day like this), all the way up to a big light-pink house that has a fantastic view of the first object of the day...Dumgoyne. 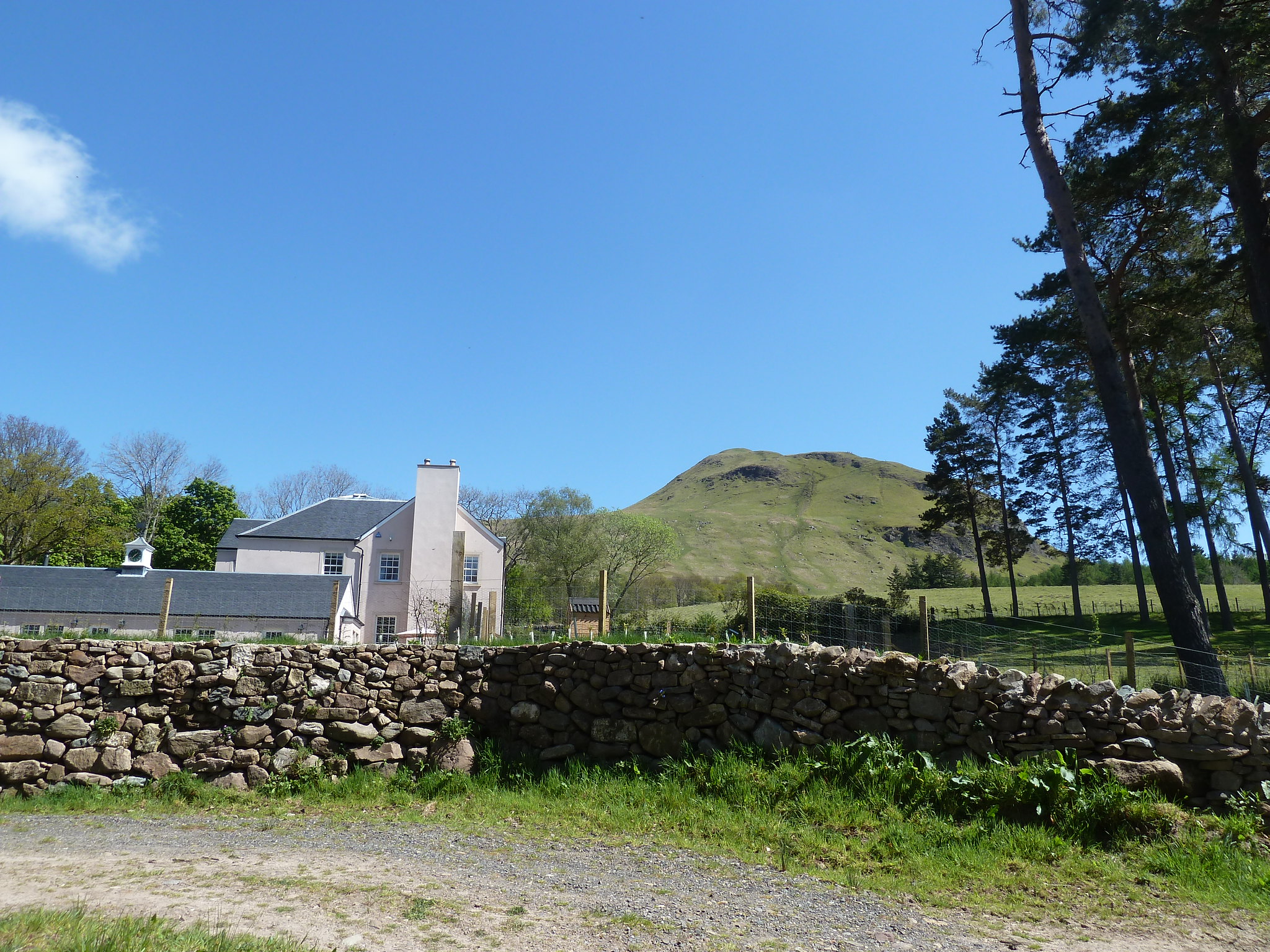 Follow the track past the front of the house and through a gate into a field full of sheep. A clear path leads up the hill to your left. At the end of the field there's a couple of stiles and a burn to negotiate before you are onto the slopes of Dumgoyne proper. 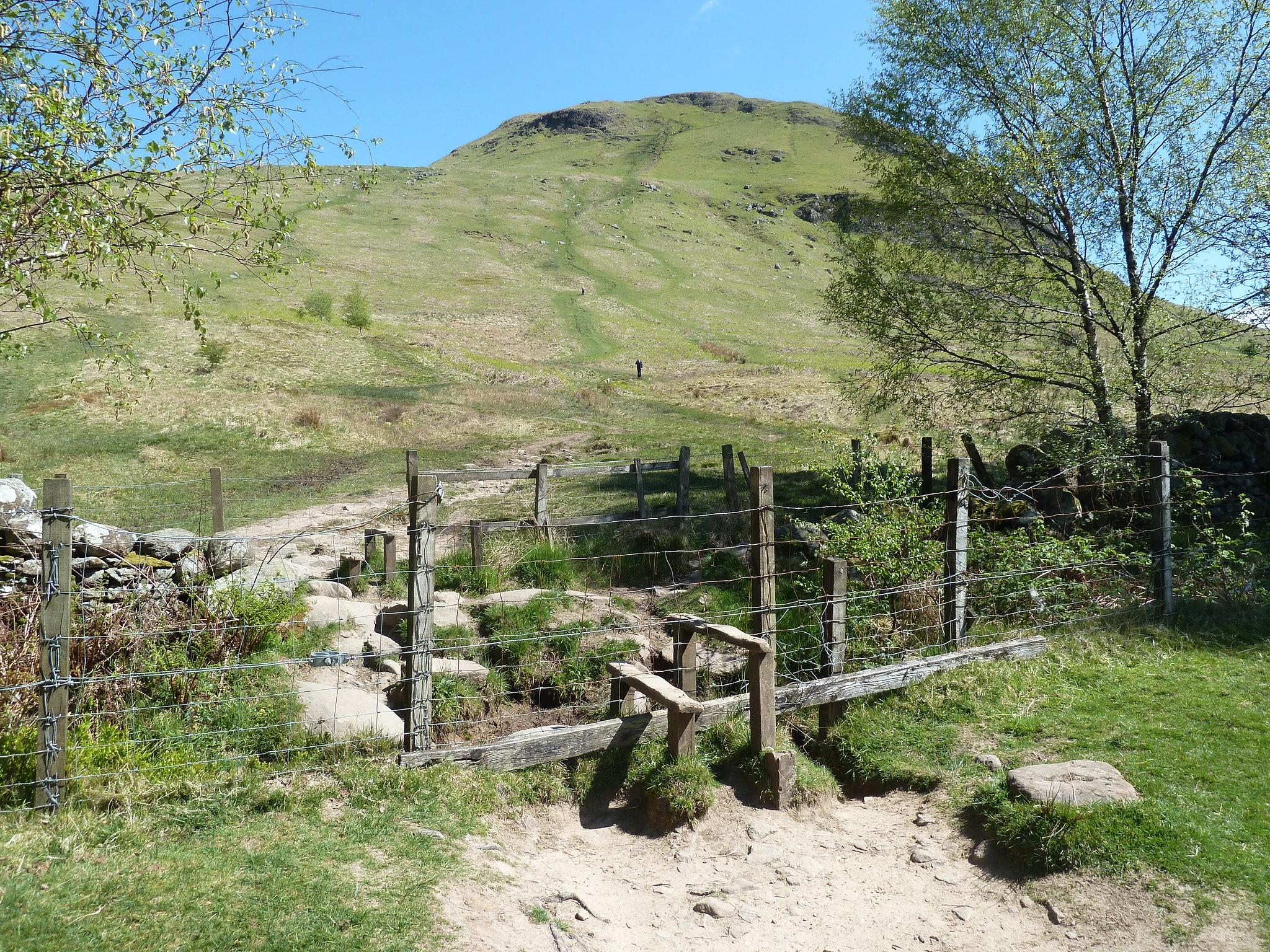 Before tackling the hill I stopped for a wee chat with a guy who was out walking five Lhasa Apsos...they were having a great time! Anyway, the path(s) up to Dumgoyne look steep...and they are. If your main objective is to make a beeline for Earl's Seat then you can skirt round Dumgoyne on the left, but well...look at it! Who could resist climbing that! So on I trudged. The hill was quite busy as I was expecting, lots of families out enjoying the sun, including one woman and small girl who was having a minor tantrum by the time I passed them. I hope they made it to the top.

There are quite a few different paths leading up to the summit...so just pick one and get on with it I suppose. The one I chose swung round to the right near the top and approached the summit from the south. 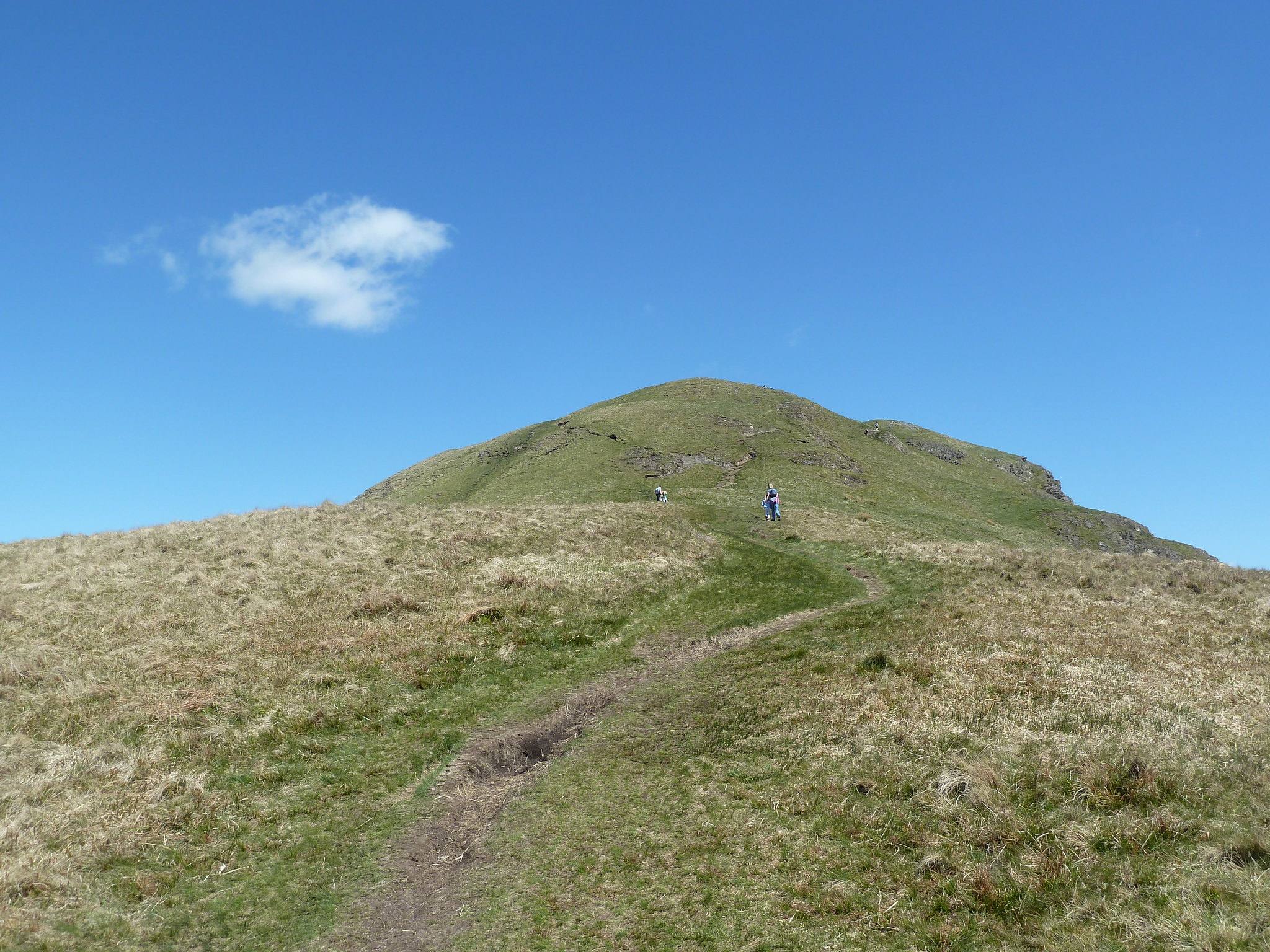 Approaching the summit of Dumgoyne

There were lots of people on the summit...impossible to get a picture without including someone! The views, needless to say, are tremendous. 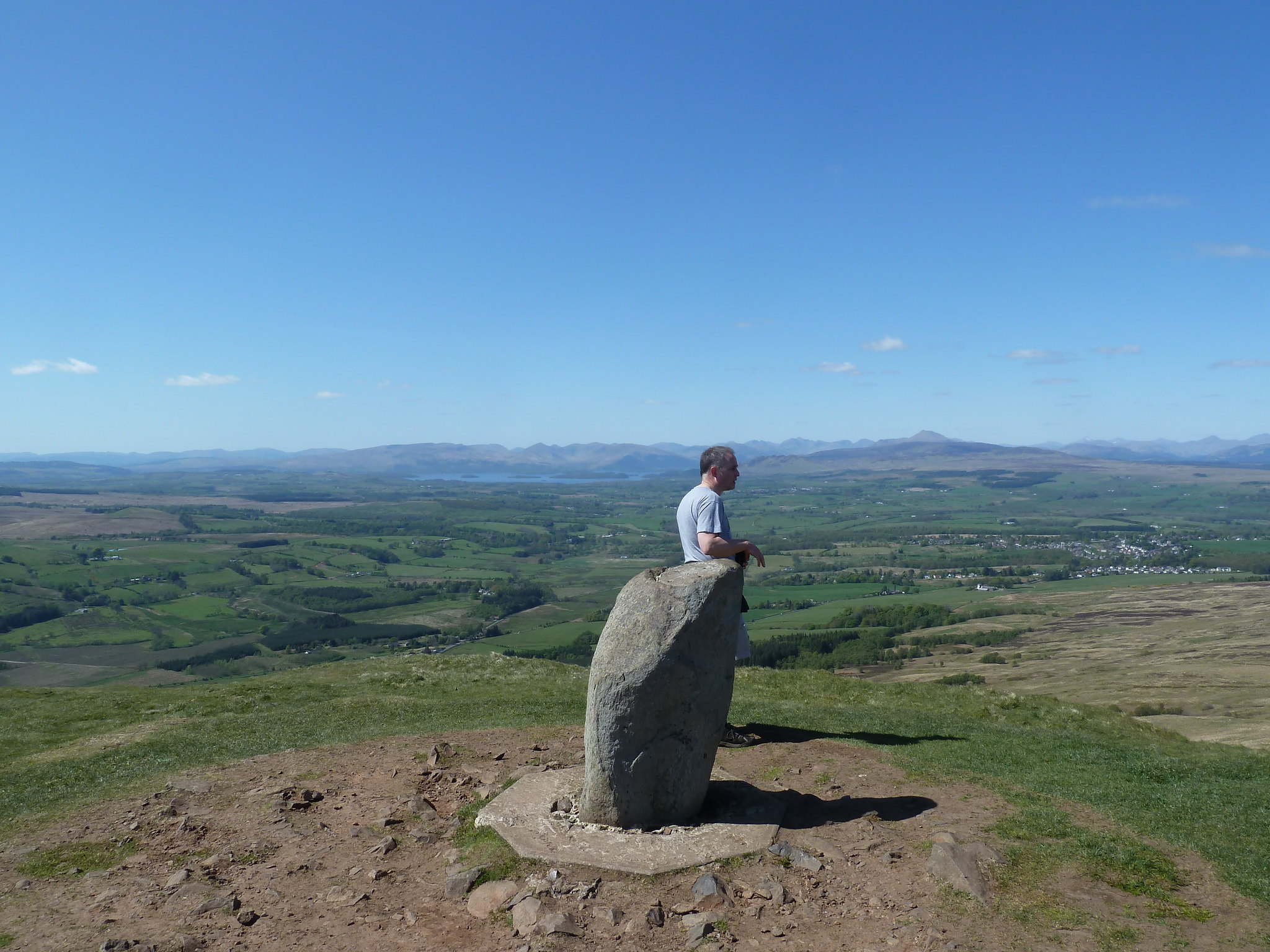 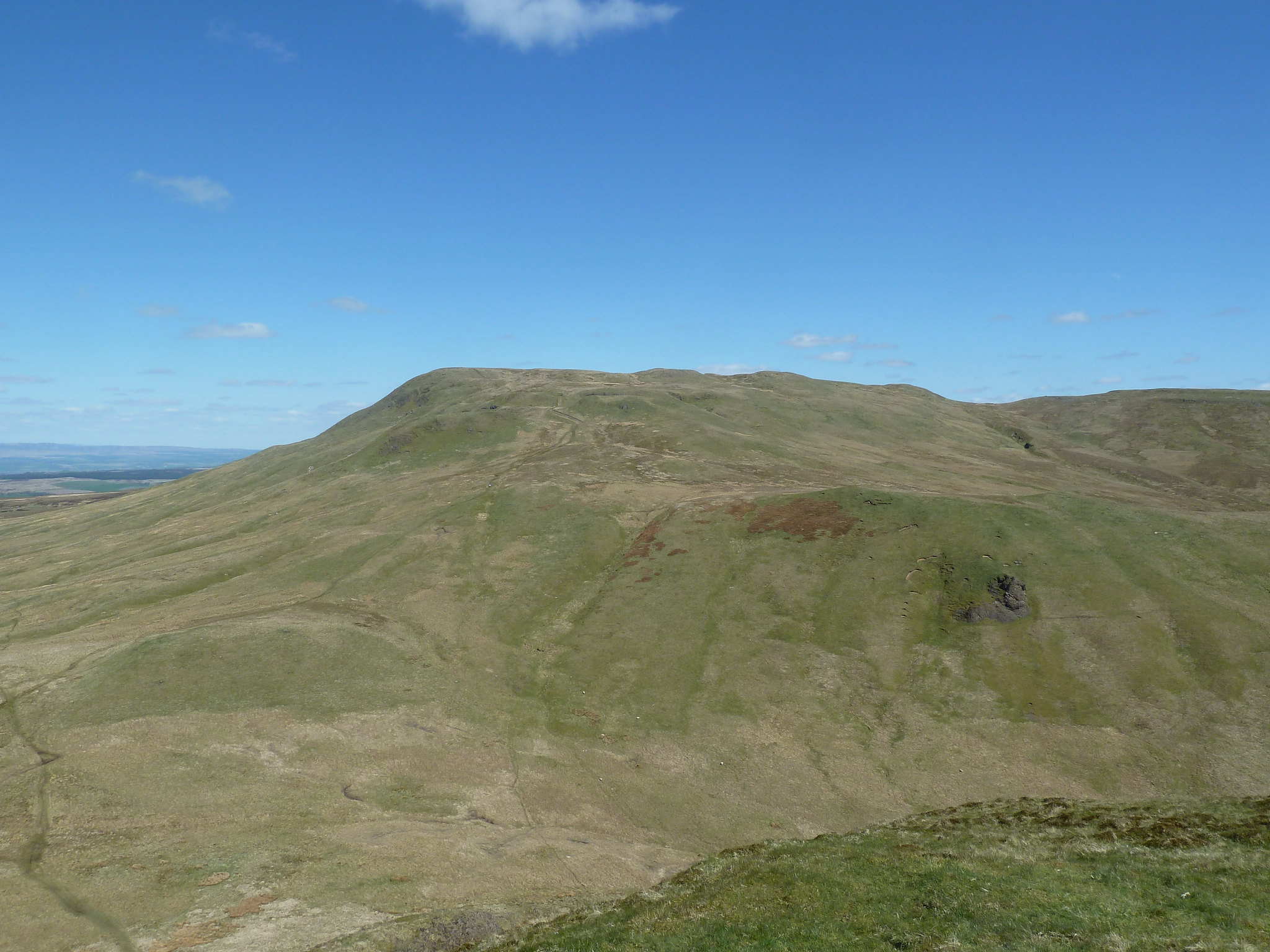 Looking towards Earl's Seat from Dumgoyne

I didn't hang about on top of Dumgoyne. Looking eastish, it was easy to see the path that leads to Earl's Seat...the only problem was getting off Dumgoyne. The path down the north-east face is nasty, brutish and steep...and short I suppose! It doesn't so much zig-zag down as plunge down, with lots of loose rubble designed to make your descent as quick and painful as possible. Anyway, it doesn't last long, so not too bad I suppose. Once on level ground again it's worth looking back...doesn't look too bad on the picture really. 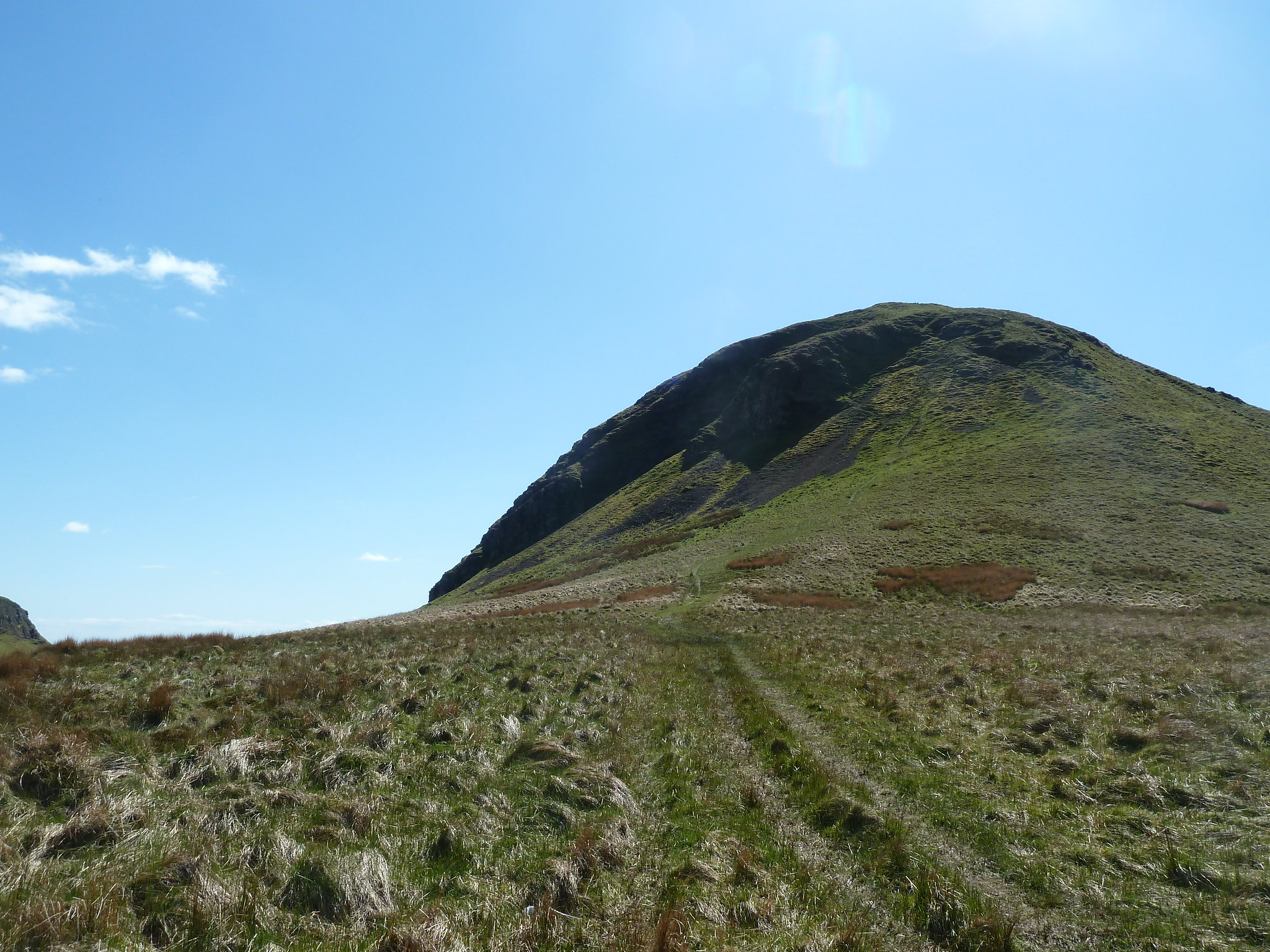 Looking back at Dumgoyne form the north

The path that takes you into the heart of the Campsies is easy to follow. The grass is short, the gradients are mostly gentle, and the path is just a line of trodden-down grass...lovely to walk on. It climbs steadily to the top of Garloch Hill and then begins following an undulating course alongside the escarpment on your left. This gives great views across Killern, Drymen etc towards the Trossachs. If you keep your eyes peeled, you'll see a path just beyond Garloch Hill that leads off to the right. This is a more direct approach to Earl's Seat, but is not nearly as nice a path and even after the heatwave we've had was very boggy. I came back using this path, but honestly if there's been ANY rain I would avoid like the plague and go the long way round there and back. 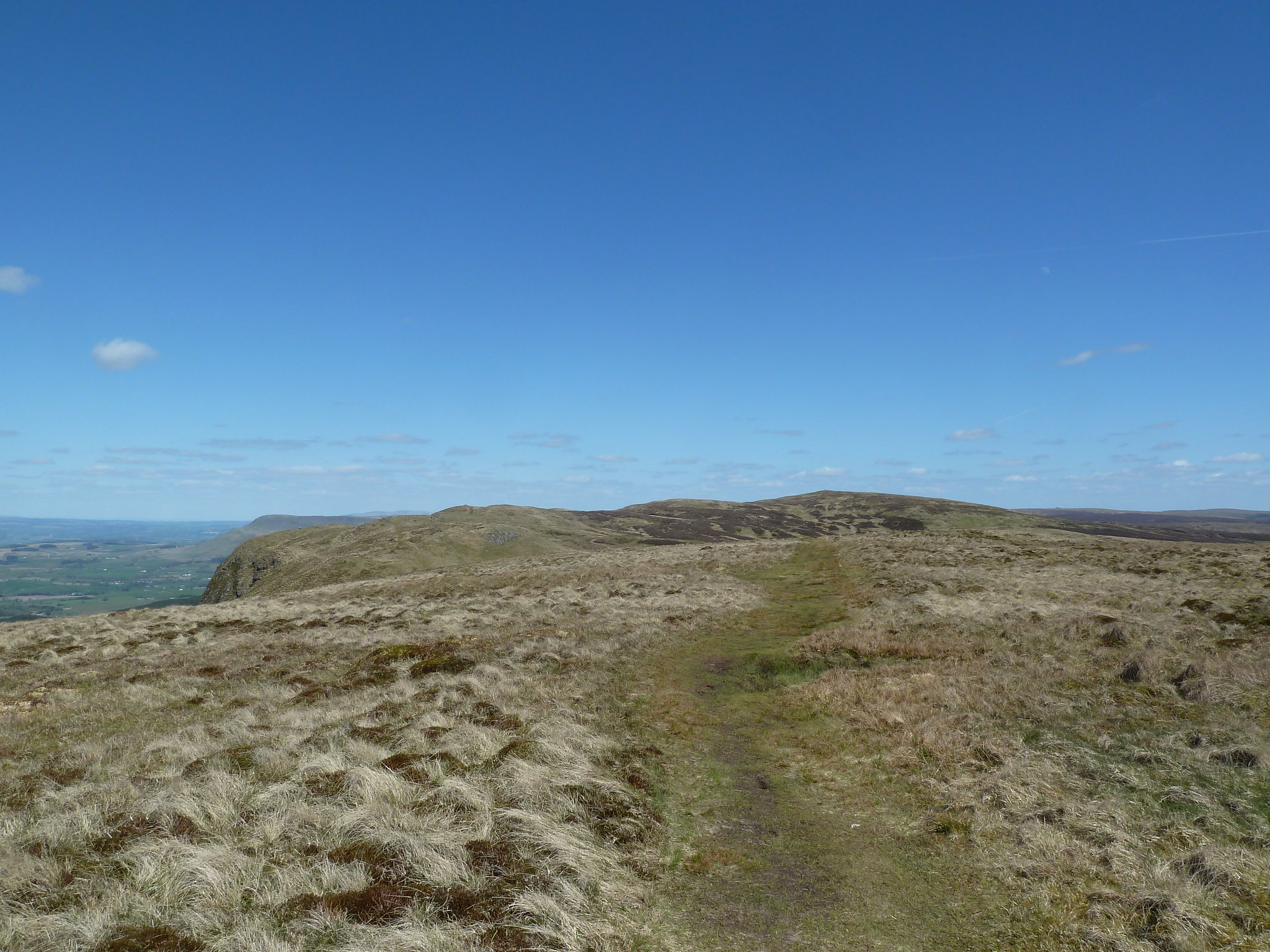 Earl's Seat in the distance 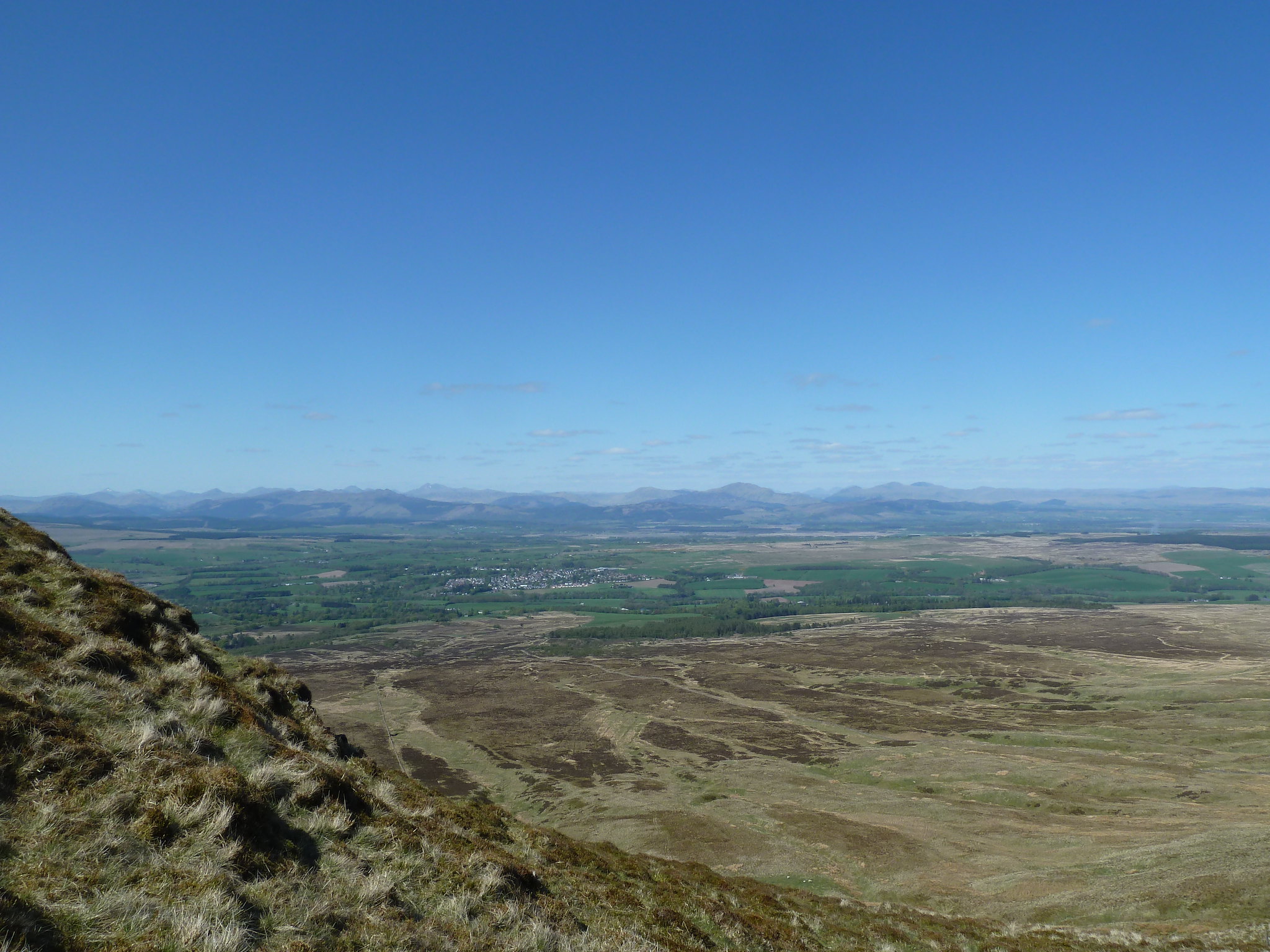 Looking over to the Trossachs

As I mentioned, the path I took along the escarpment goes up and down a bit, and there are a few fences to negotiate...no stiles, but simple enough to hop over (depending on your inside-leg measurement I suppose). Eventually the trig point that marks the summit of Earl's Seat appears on the horizon. 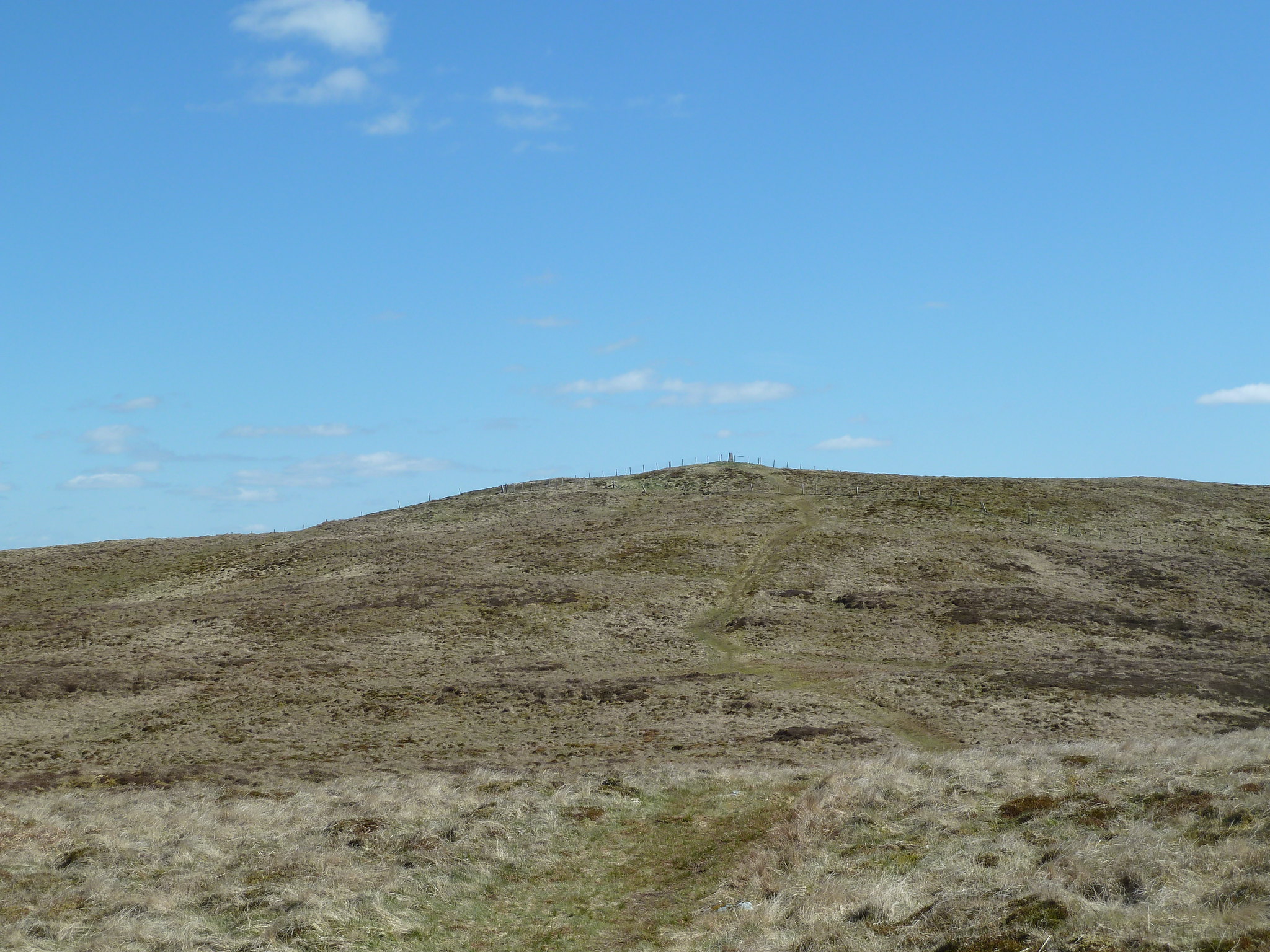 Approaching the summit of Earl's Seat

The summit trig point and cairn look like they're in prison...they are surrounded by barbed-wire topped fences. Anyway, it's a nice spot regardless on a day like this, with great views in every direction. 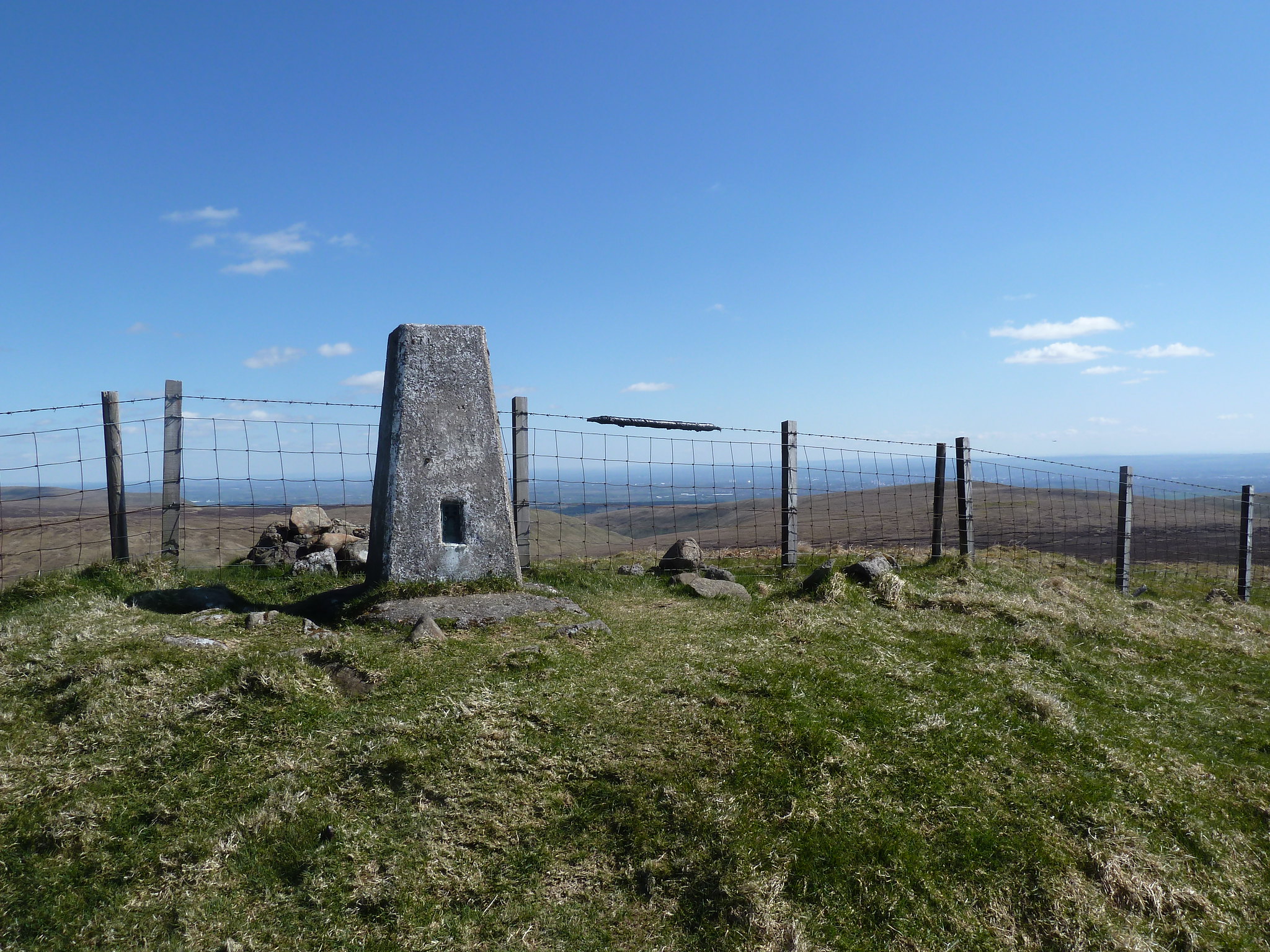 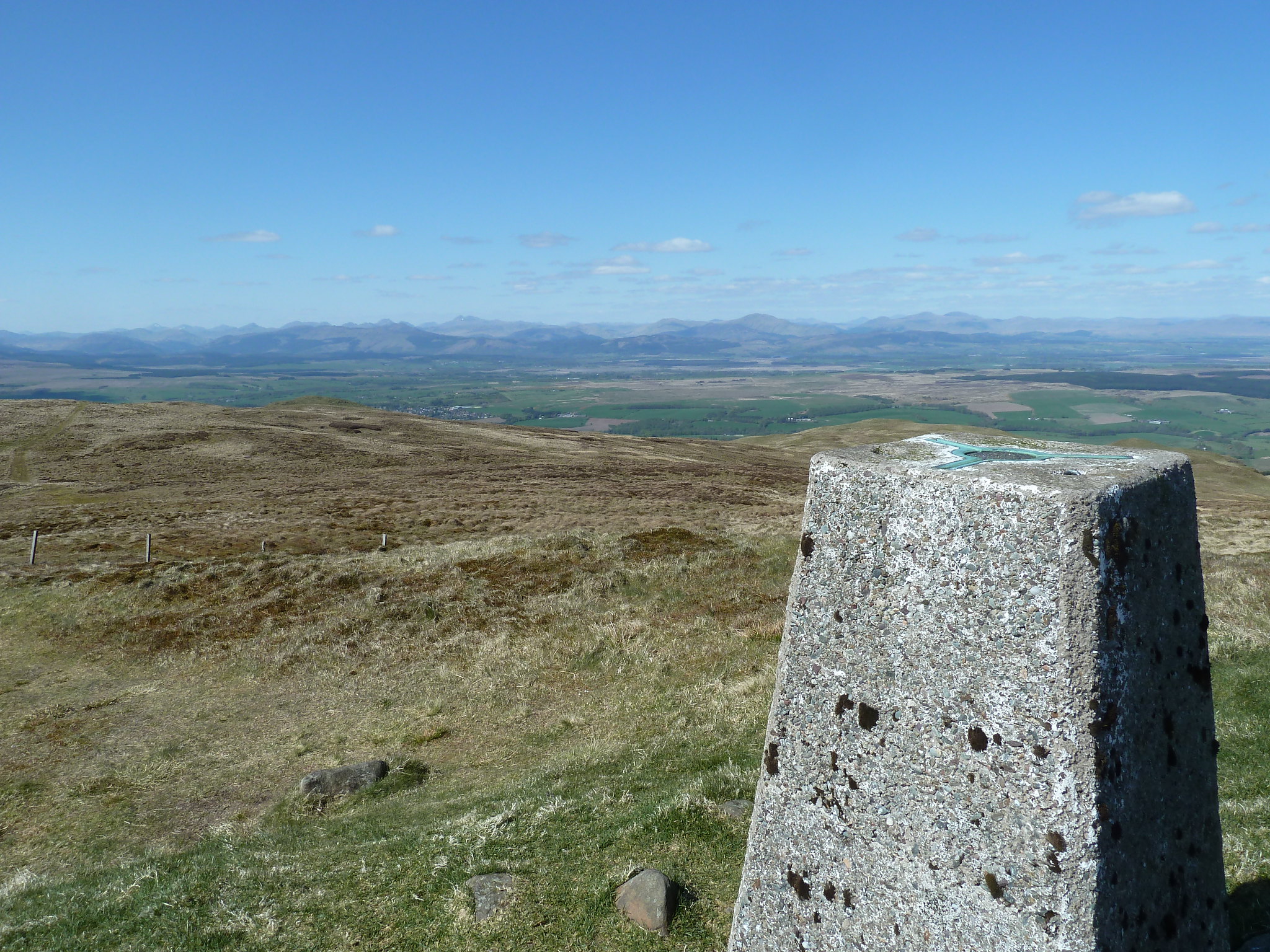 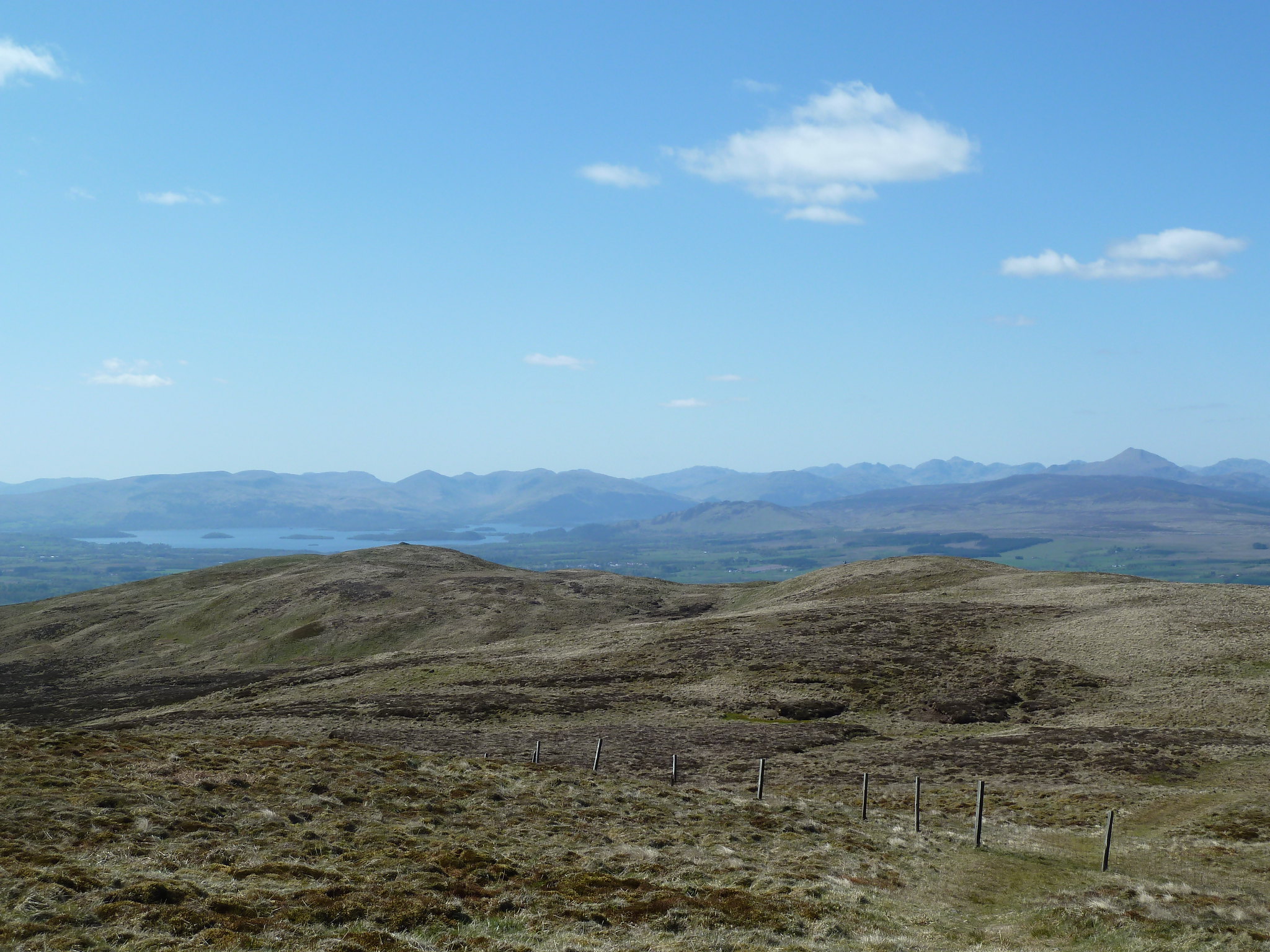 The view west to Loch Lomond

After a spot of lunch on the summit, I decided to take the more direct route back down the hill, rather than retrace my steps. The path is obvious enough, heading off due west through the heather and peat bogs. As I said, it's not very nice and very boggy in places, but it gets you off the hill quick enough and joins up with the outward path near Garloch Hill. From there it's just a matter of retracing your steps (avoiding Dumgoyne this time though, obvs) and in no time you'll be back where you started.

A very decent walk on a day like today, and considering it's only about 20 minutes from my Glasgow front door, perfect for when you take the notion for a quicky hill fix.

I need to get off my kacker and get this done. I can see it from my house but never been up it

Nice one. Dumgoyne is a nice wee hill. I was up twice last week. On the Monday night, Lomond Mountain Rescue Team were taking someone off it. Dont know if he had slipped on the steep screey path.
Cracking views on the Friday night. I could see Ben More and Stob Binnean

teaandpies wrote:I need to get off my kacker and get this done. I can see it from my house but never been up it

I was exactly the same..until today that is. I can't quite see it, but it's literally the closest hill to me.

mountain thyme wrote:Nice one. Dumgoyne is a nice wee hill. I was up twice last week. On the Monday night, Lomond Mountain Rescue Team were taking someone off it. Dont know if he had slipped on the steep screey path.
Cracking views on the Friday night. I could see Ben More and Stob Binnean

I wouldn't be surprised, some of those paths are pretty treacherous, especially going down.

I can never tell which mountains I'm looking at!

Proximity to Glasgow a reason why it was so popular before WW2 when people only had buses. There are a couple of accounts from the diary of a 1930s Rover Scout below