Started the day about 9.30am from the Bridge of Orchy Hotel car park and started ascending towards the cairn at the Bealach. Decided at this stage to head for Beinn an Dothaidh first and took more or less the direct route to the summit cairn 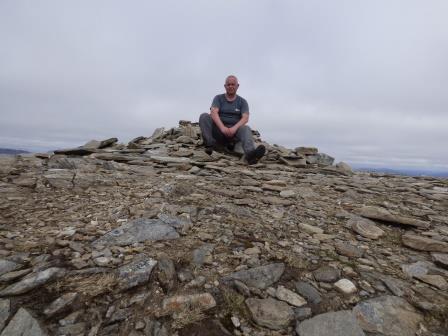 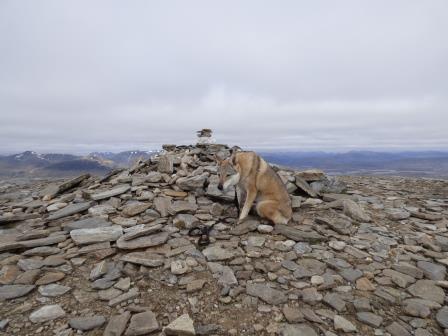 First one done so headed back down towards Beinn Dorain. 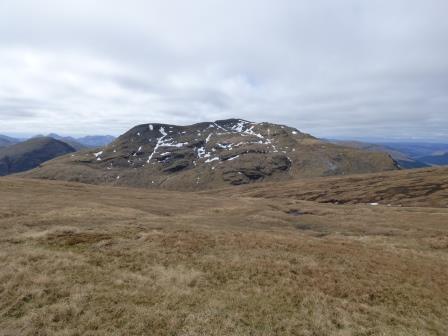 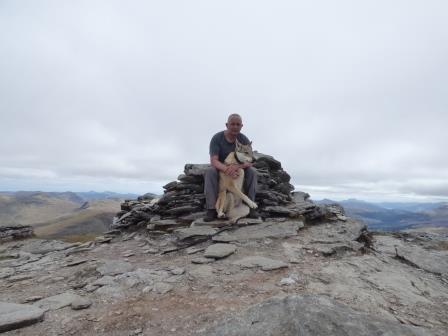 Started the descent along the top route down past the Sassenach Cairn. 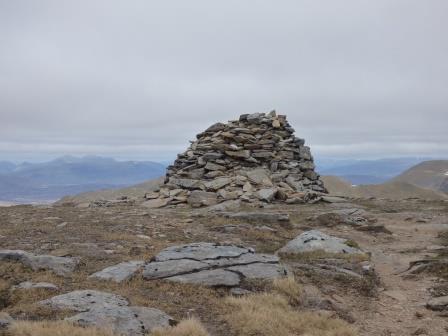 Looking over to Beinn an Dothaidh 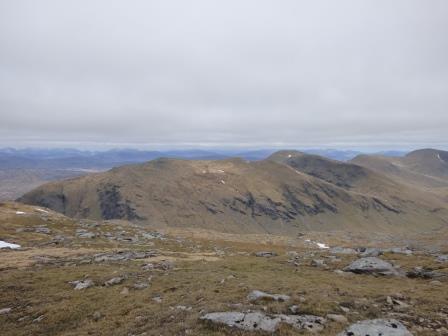 Found some snow for Daftarse to play in 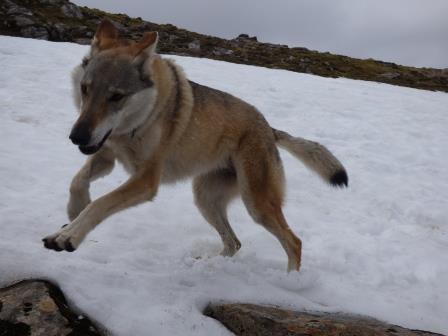 Was soon at the Bealach cairn to head back down to Bridge of Orchy. The loose stone on the first part of the Descent is a killer and requires great care especially when holding back an 80lb dog! Wasnt long though before the gradient decreased making for a pleasant mile or so back down to the car park