No Mhor Cheesecake for us, thank you

No Mhor Cheesecake for us, thank you

This day was planned a couple of weeks ago as both Pauline and I are on a mission, we can almost see the finishing line. There are one or two hurdles and obstacles that need to be tackled first and as we both have these hills to visit we devised a cunning plan

We agreed to meet at Attadale at 10am and had arranged an overnight stay in Ullapool, which is just as well as Attadale is 197 miles from my front door, not exactly handy

Part of the plan was to resolve some unfinished business next day and re-visit An Teallach, more of that in my next WR.
I left Fife at 5.45am, not much of a lie-in for such a late start

The AA reckoned it would take 4 hours for me to drive to Attadale, as it turned out I was rather early and that included a petrol refuel in Inverness.
As I was rather early I assembled my bike and got myself kitted out and it wasn't long before Pauline arrived 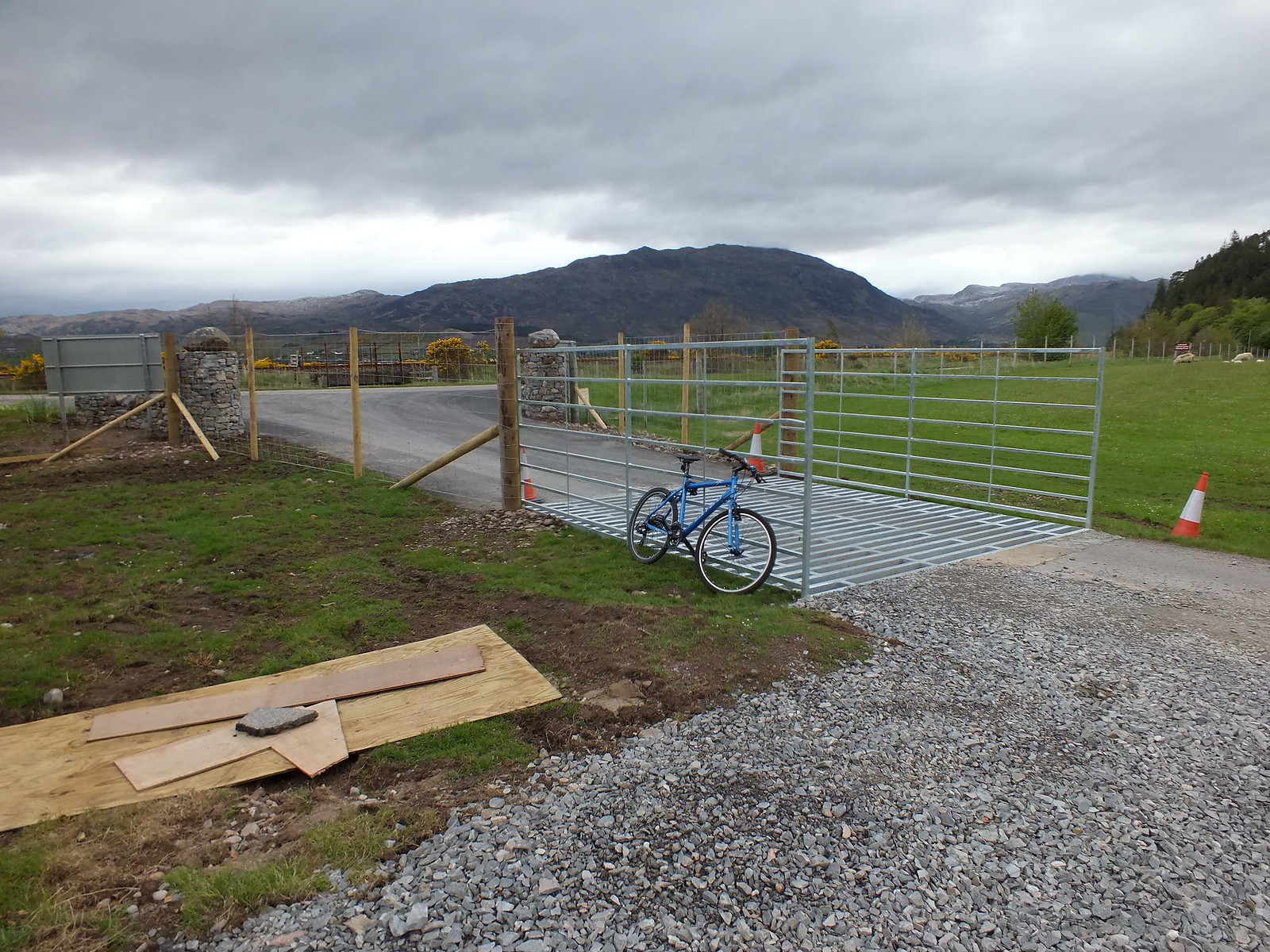 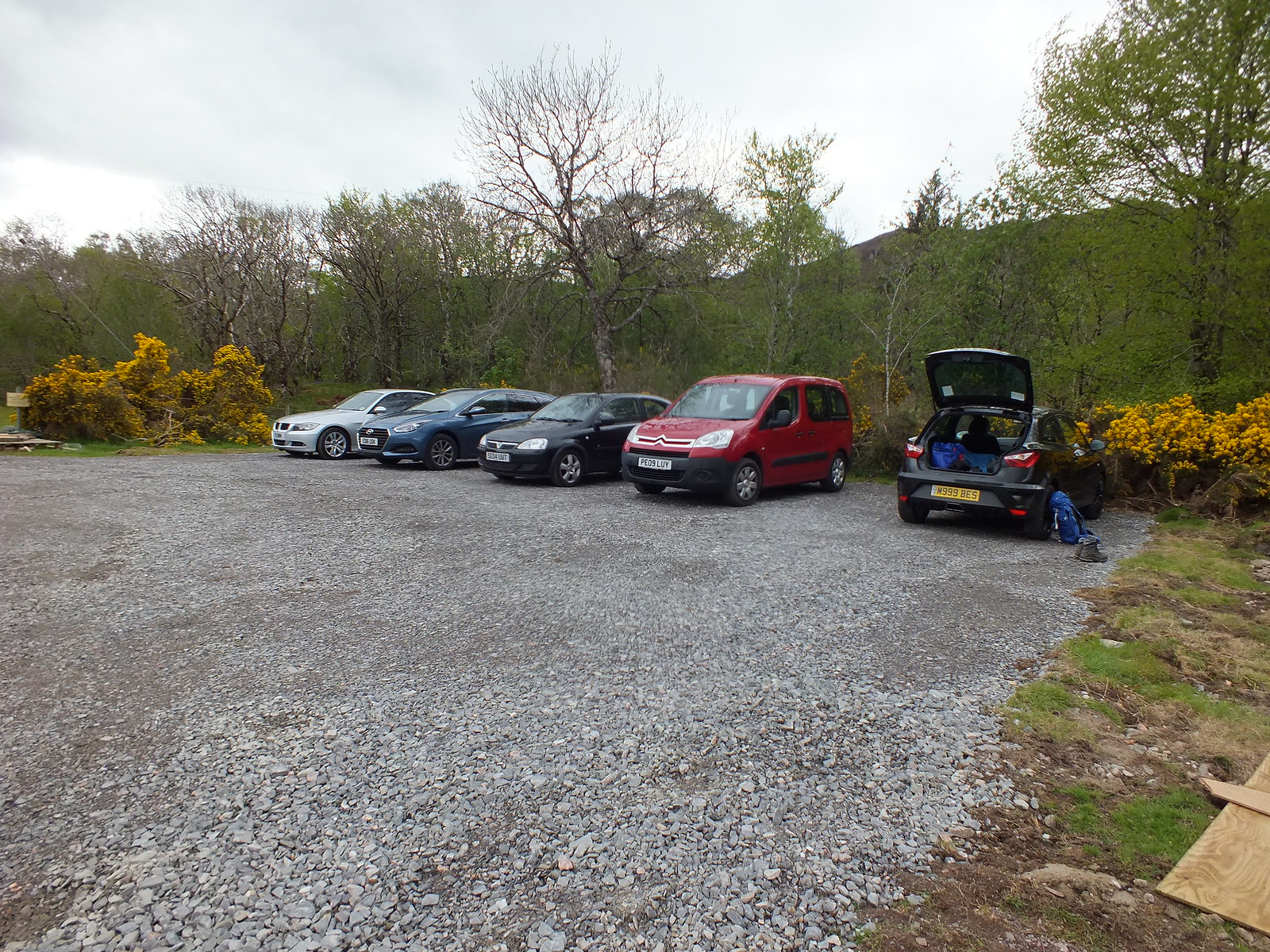 We set off just before 10am and the start of the bike ride was easy, nice flat tarmac road - we were both happy bunnies

Unfortunately as we suspected our happiness was short lived, the road turns into a track and then goes uphill

As soon as we hit any uphill section it was dismount time. Whilst pushing the bike Pauline noticed that her front brake had kind of come apart and a piece was missing, not good news for later on, especially as it would mean descend carefully 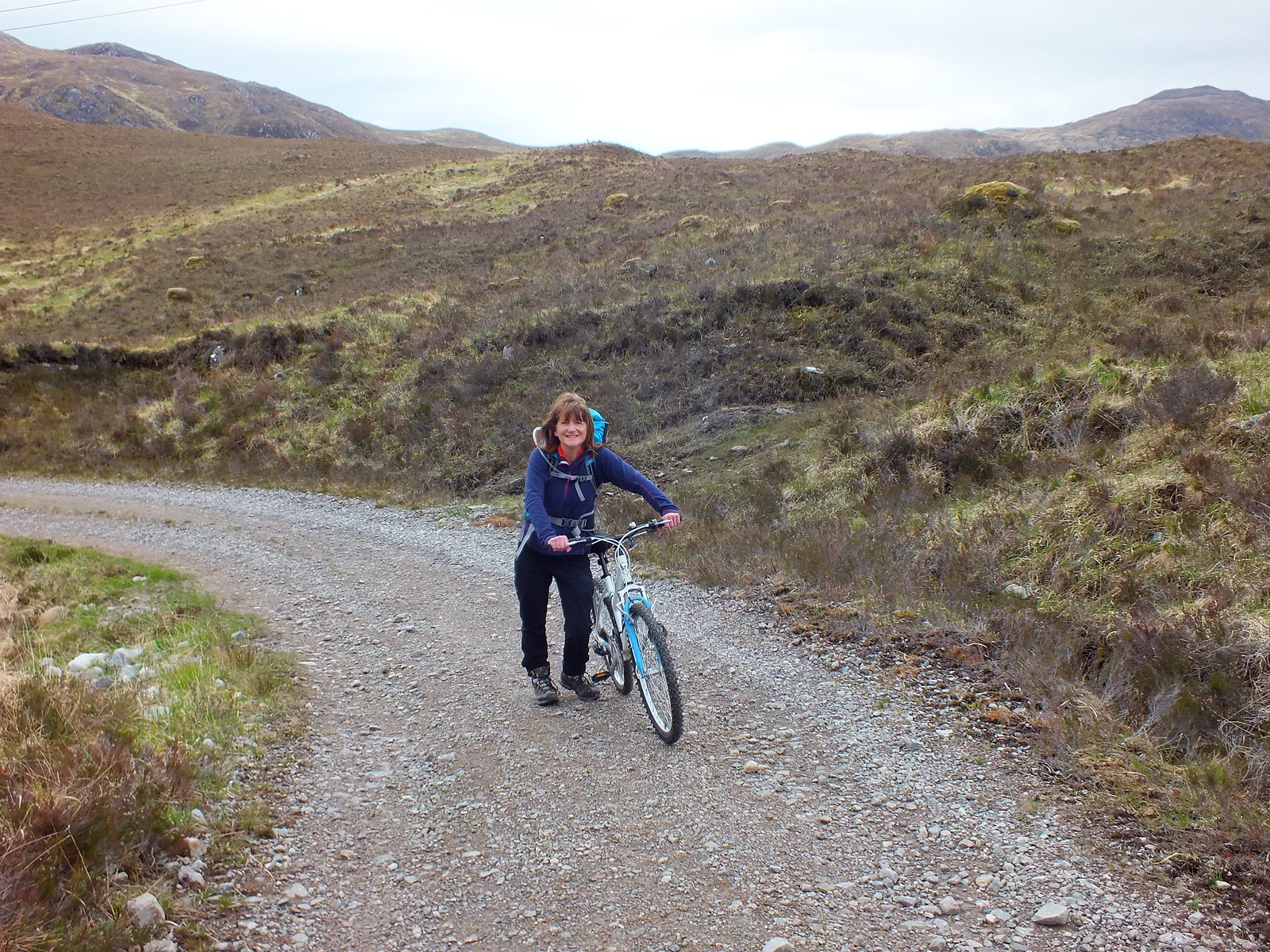 Pauline posing with her 'beloved' bike 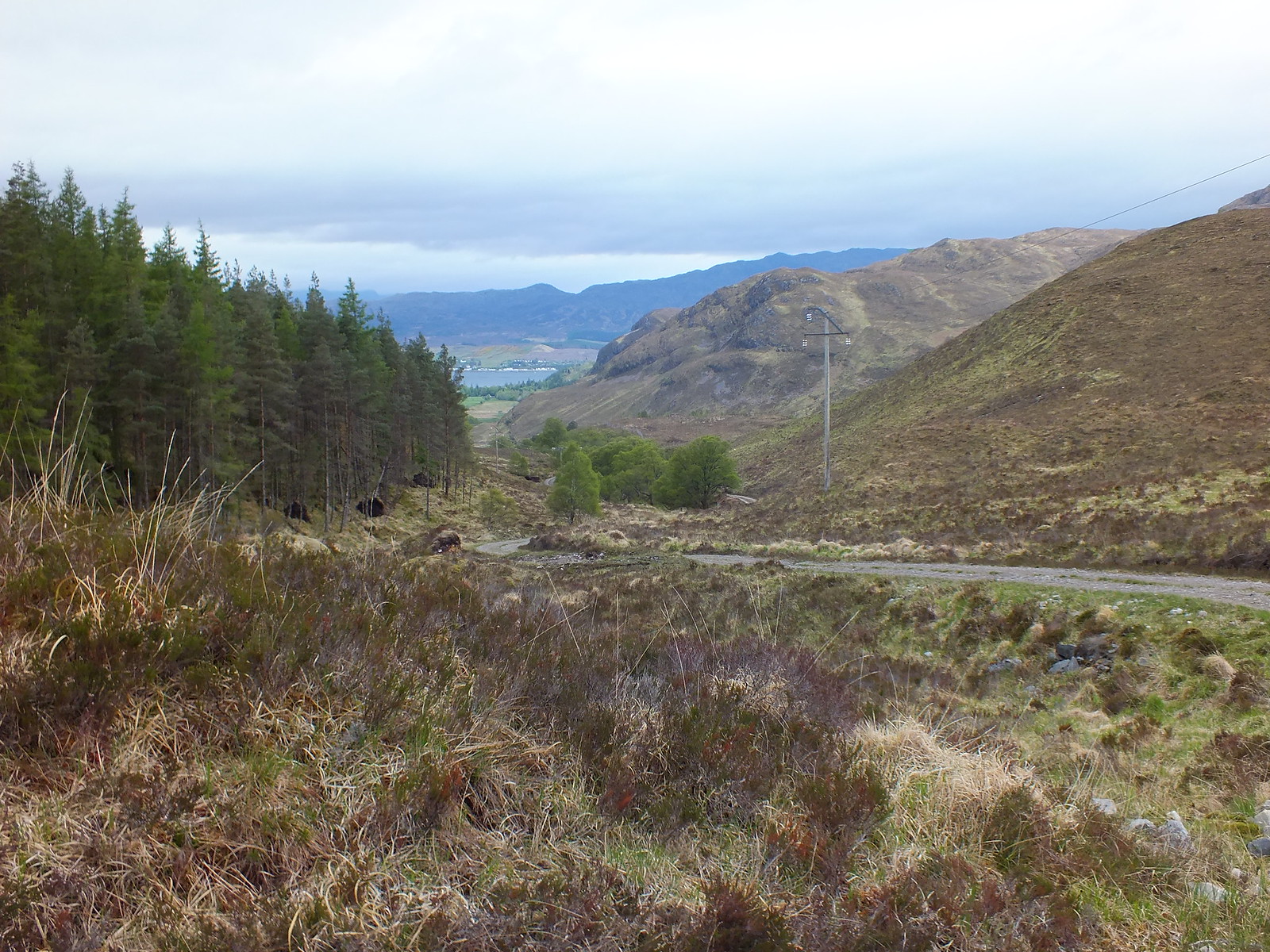 Looking back down to the start, indicates the height gained already 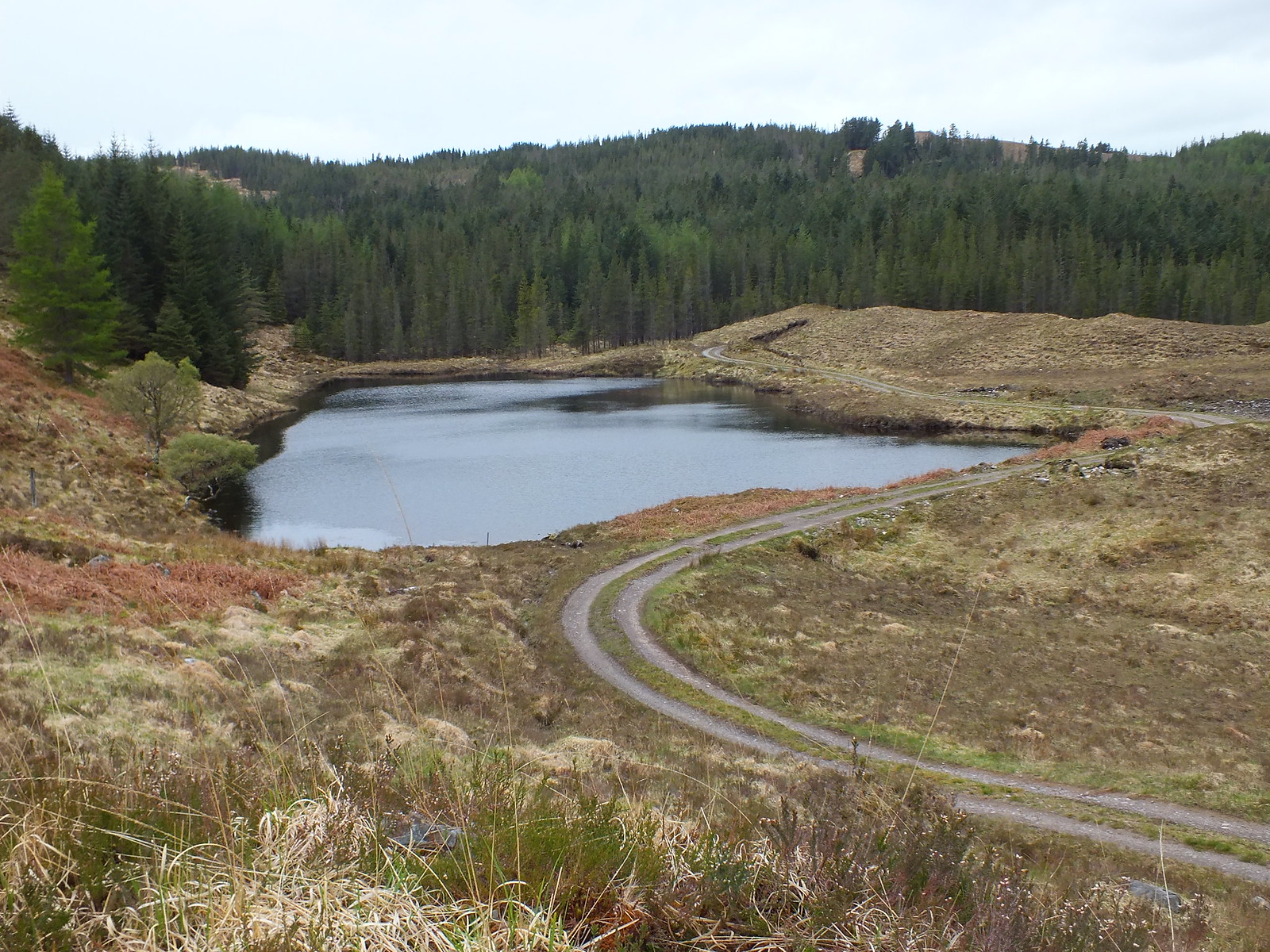 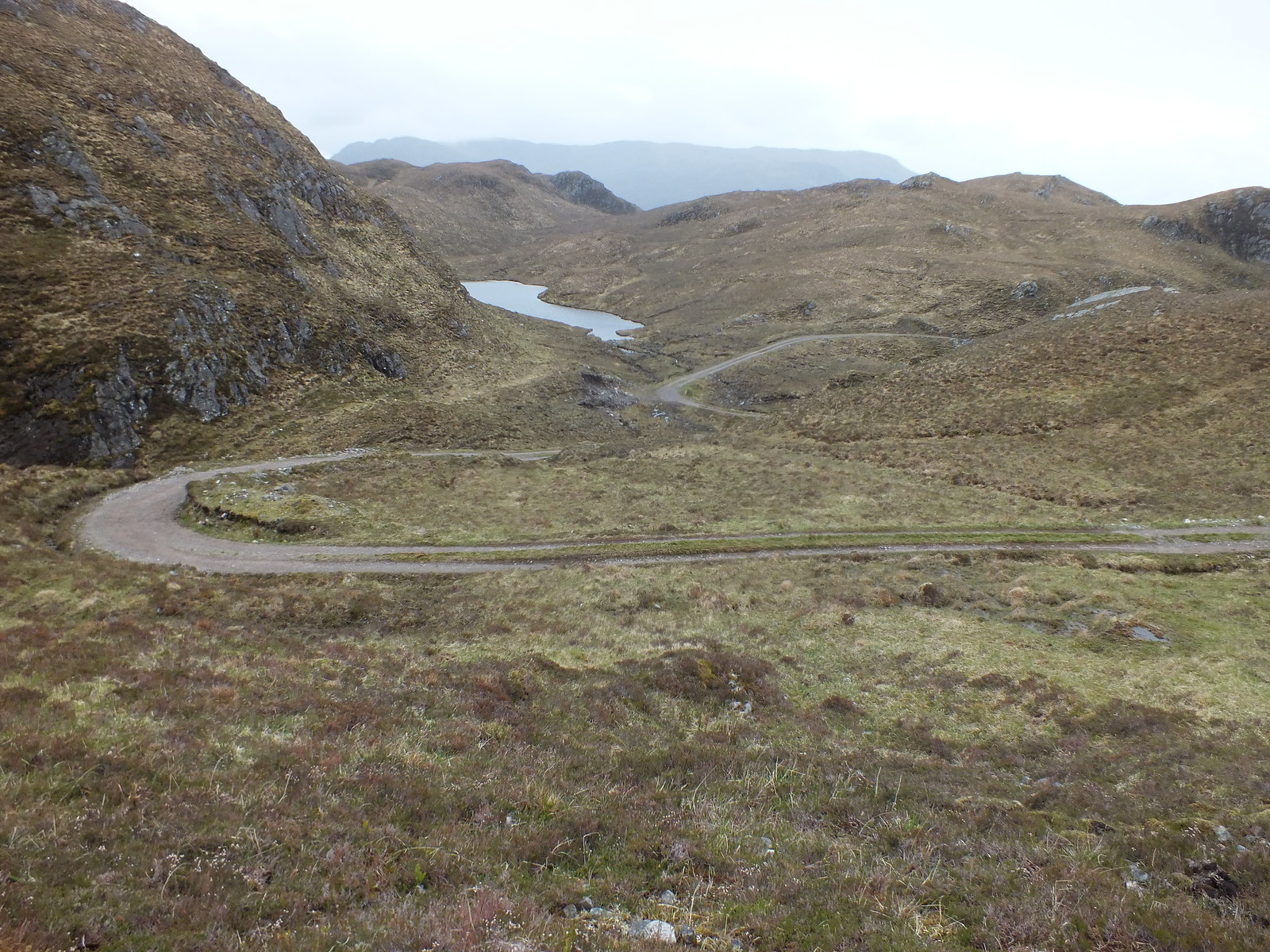 One of the many zig-zags taking you uphill 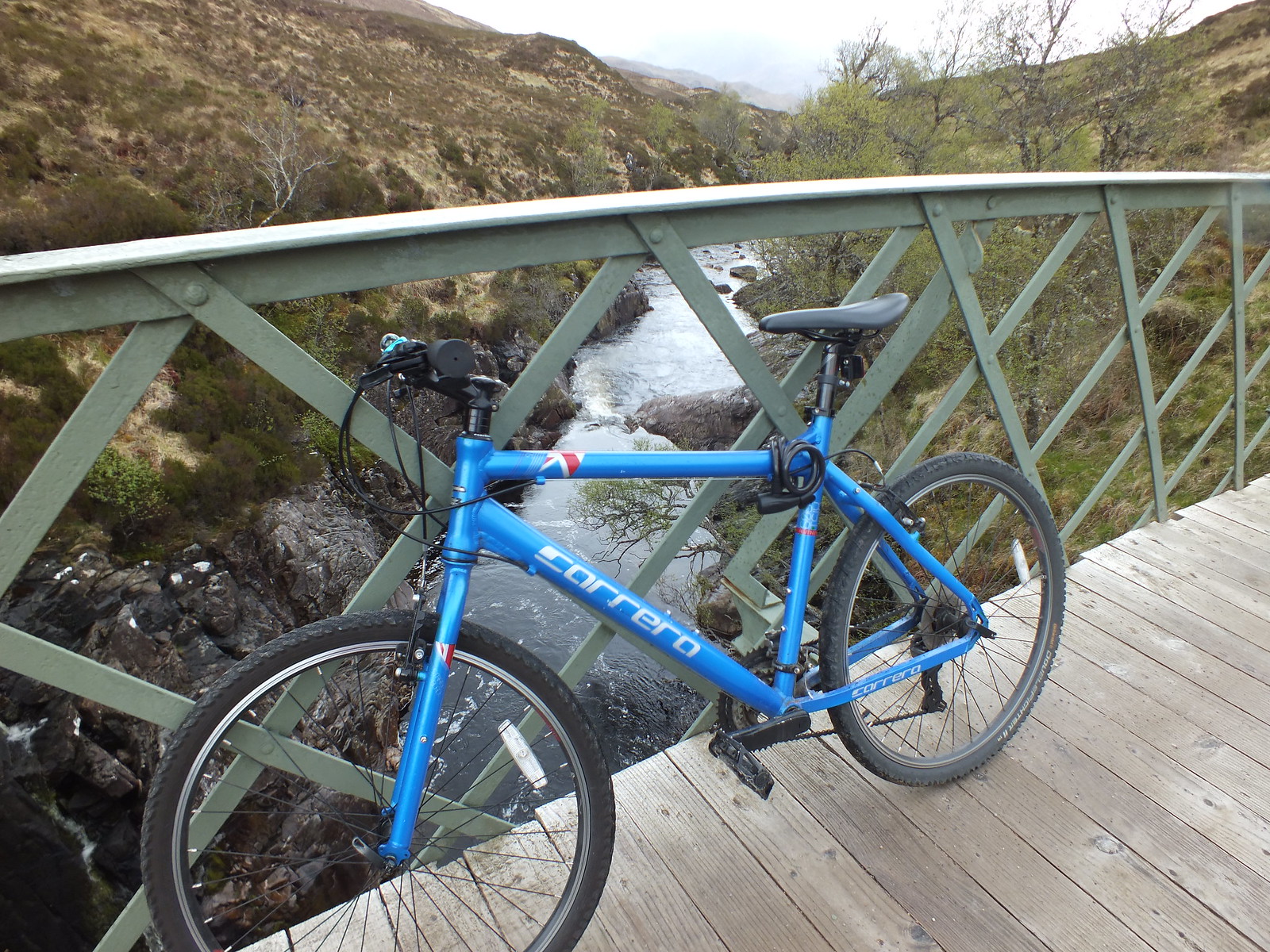 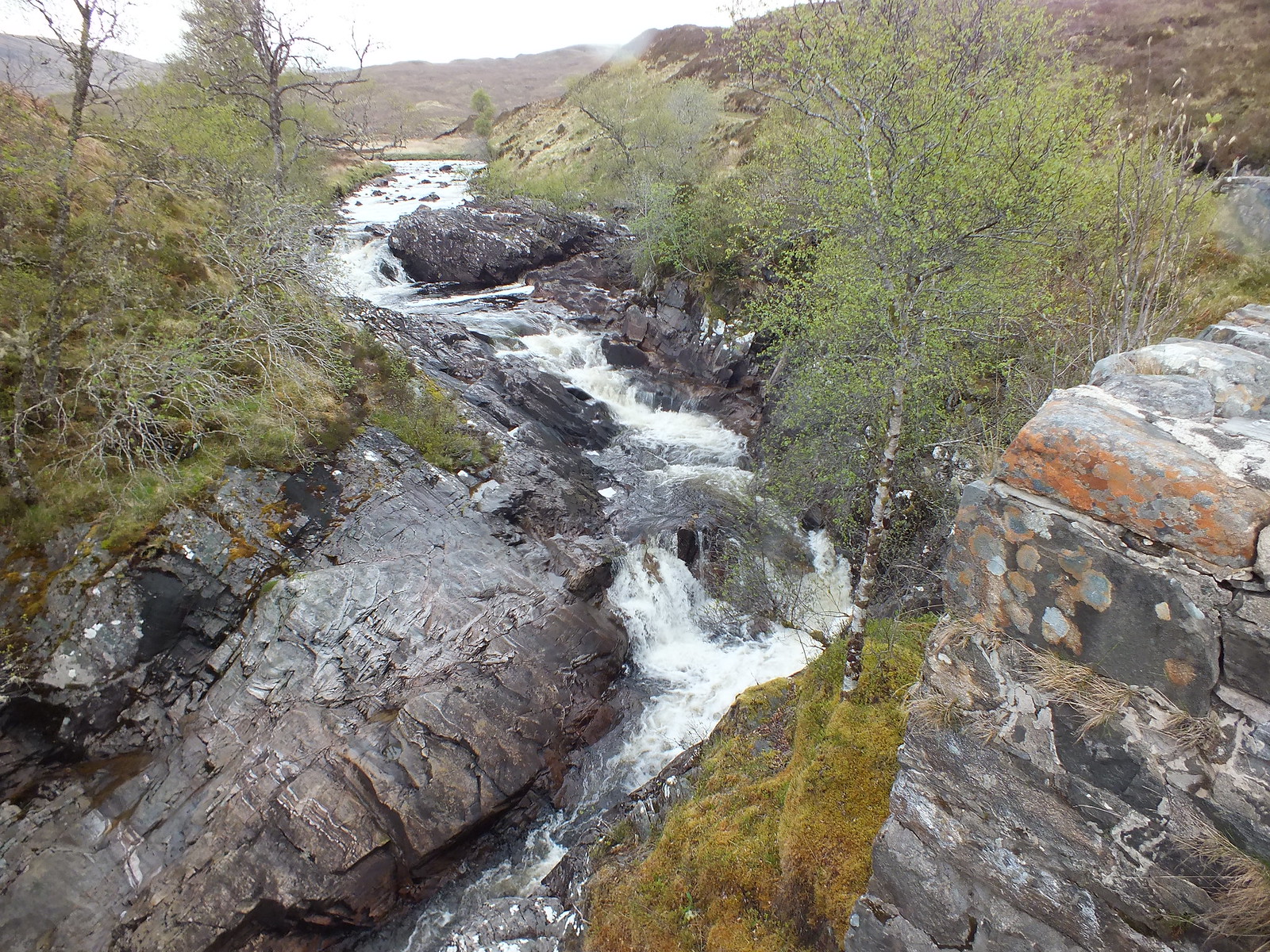 It wasn't too long before the bothy could be seen in the distance, along with a couple of nearby trees, but as with most things in the distance the buildings didn't seem to be getting any closer 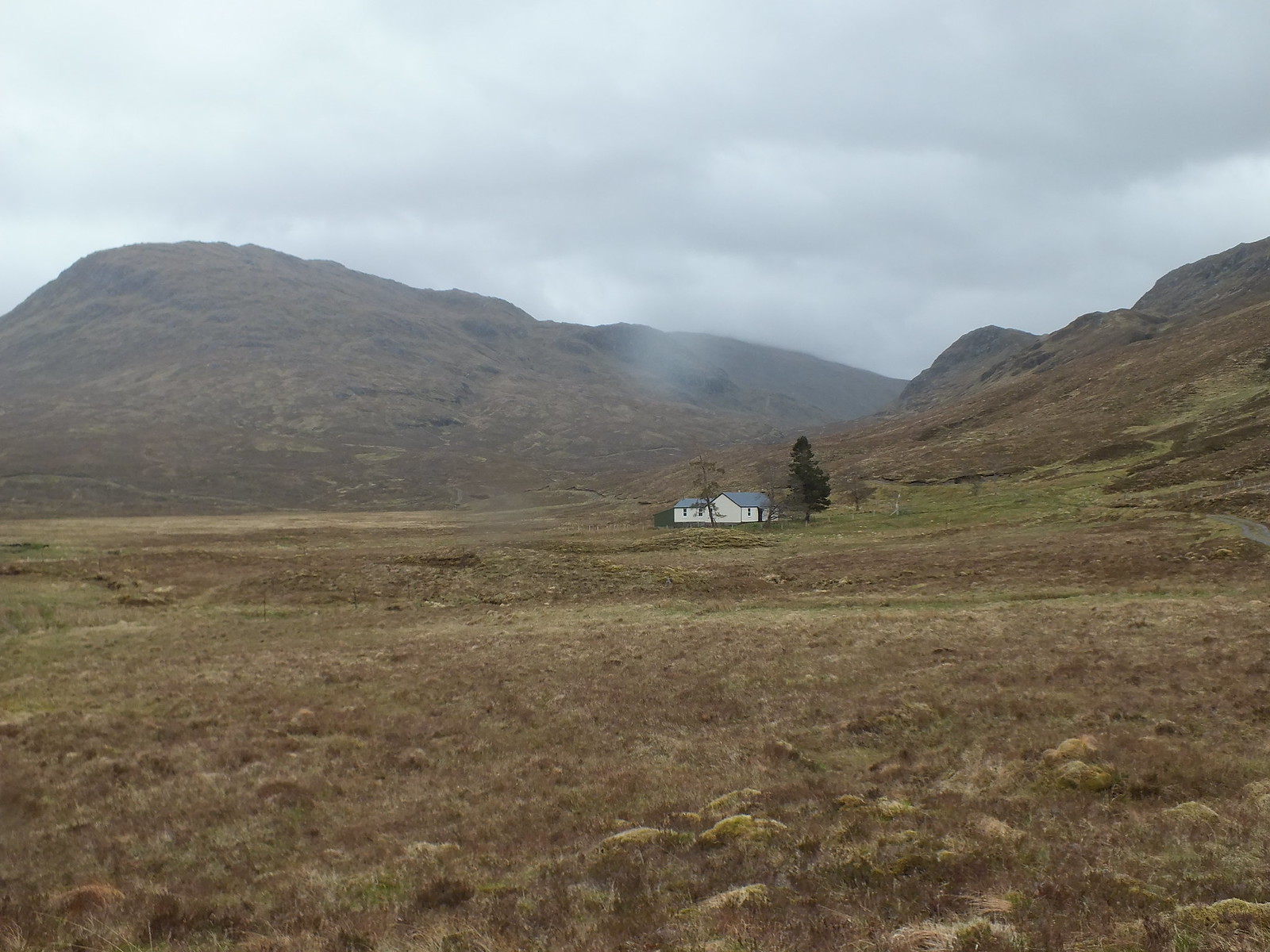 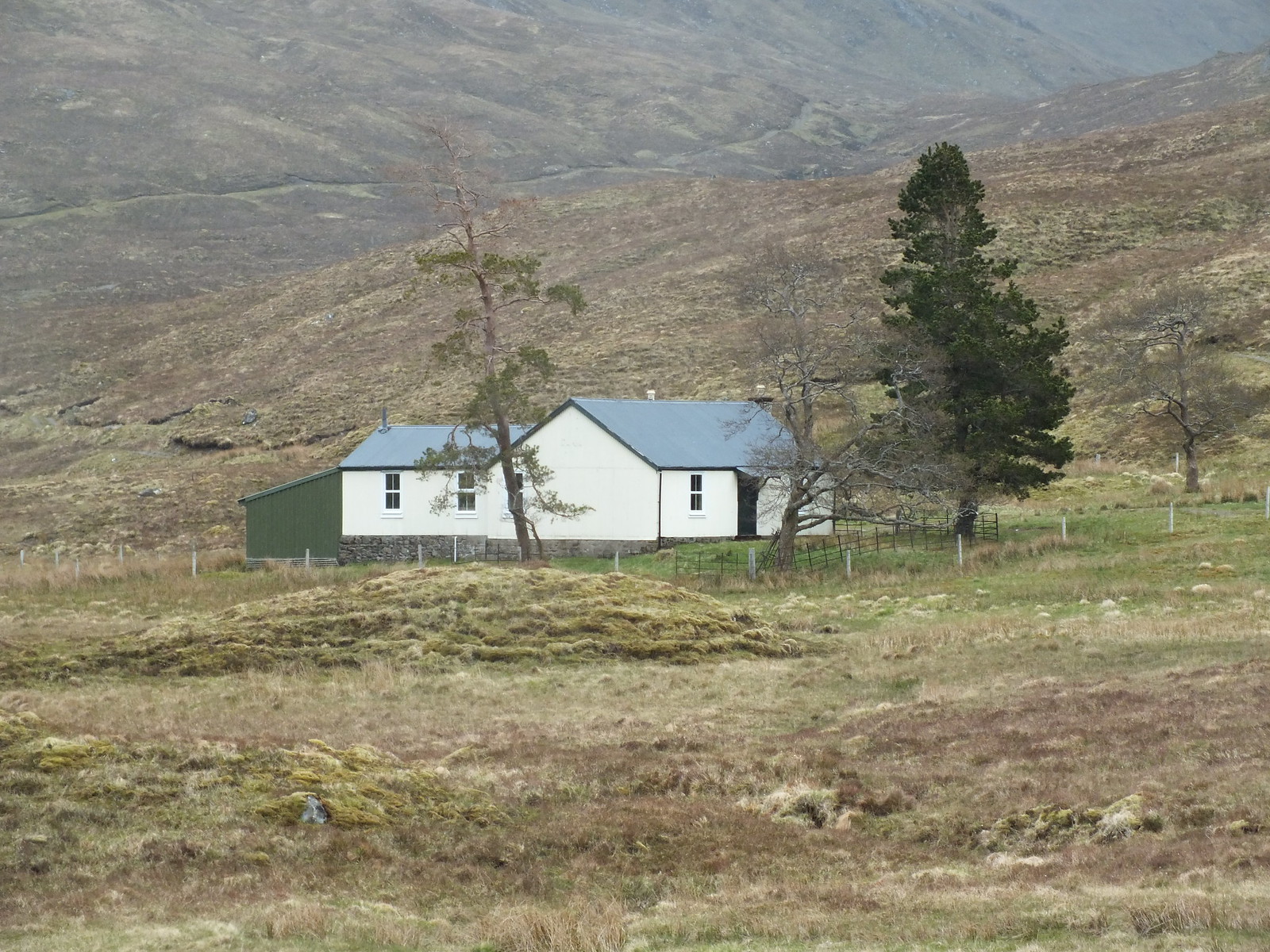 We arrived at the buildings and as the stalkers lodge looked like it had a lock on the door we ascertained that the other building would be the bothy. Before entering the bothy we locked the bikes together under a tree and then went to investigate. here are a few photo's of the interior 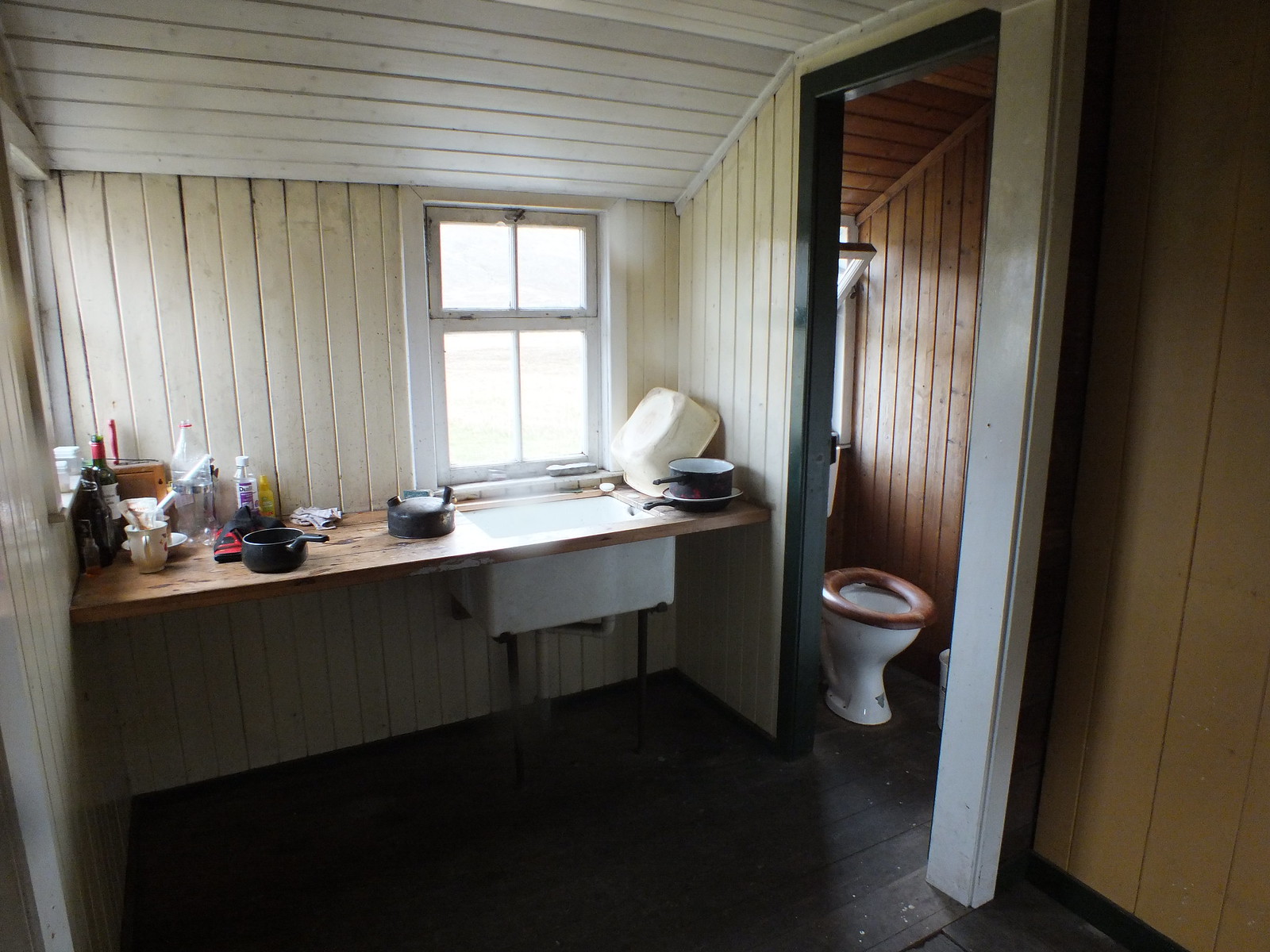 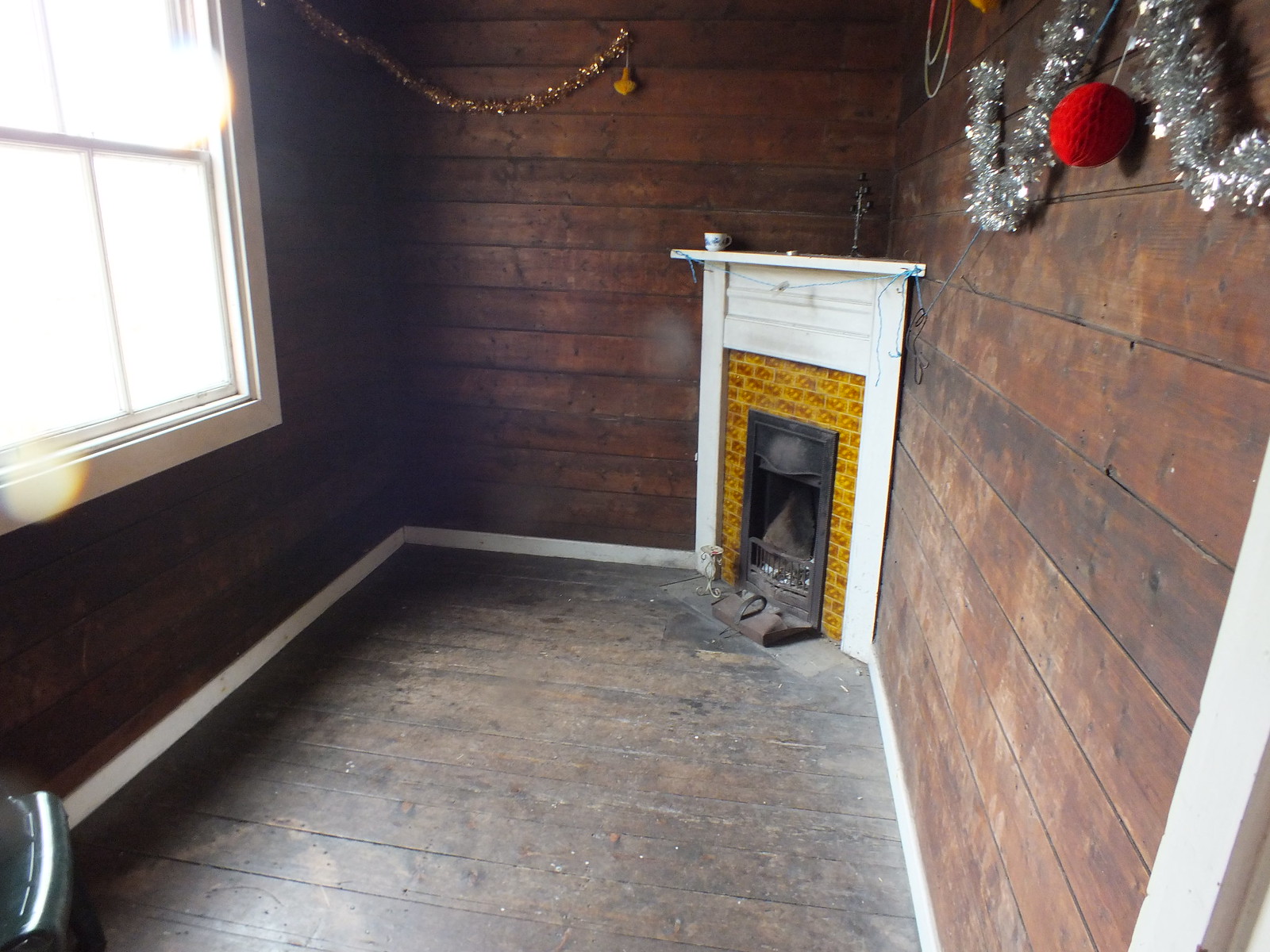 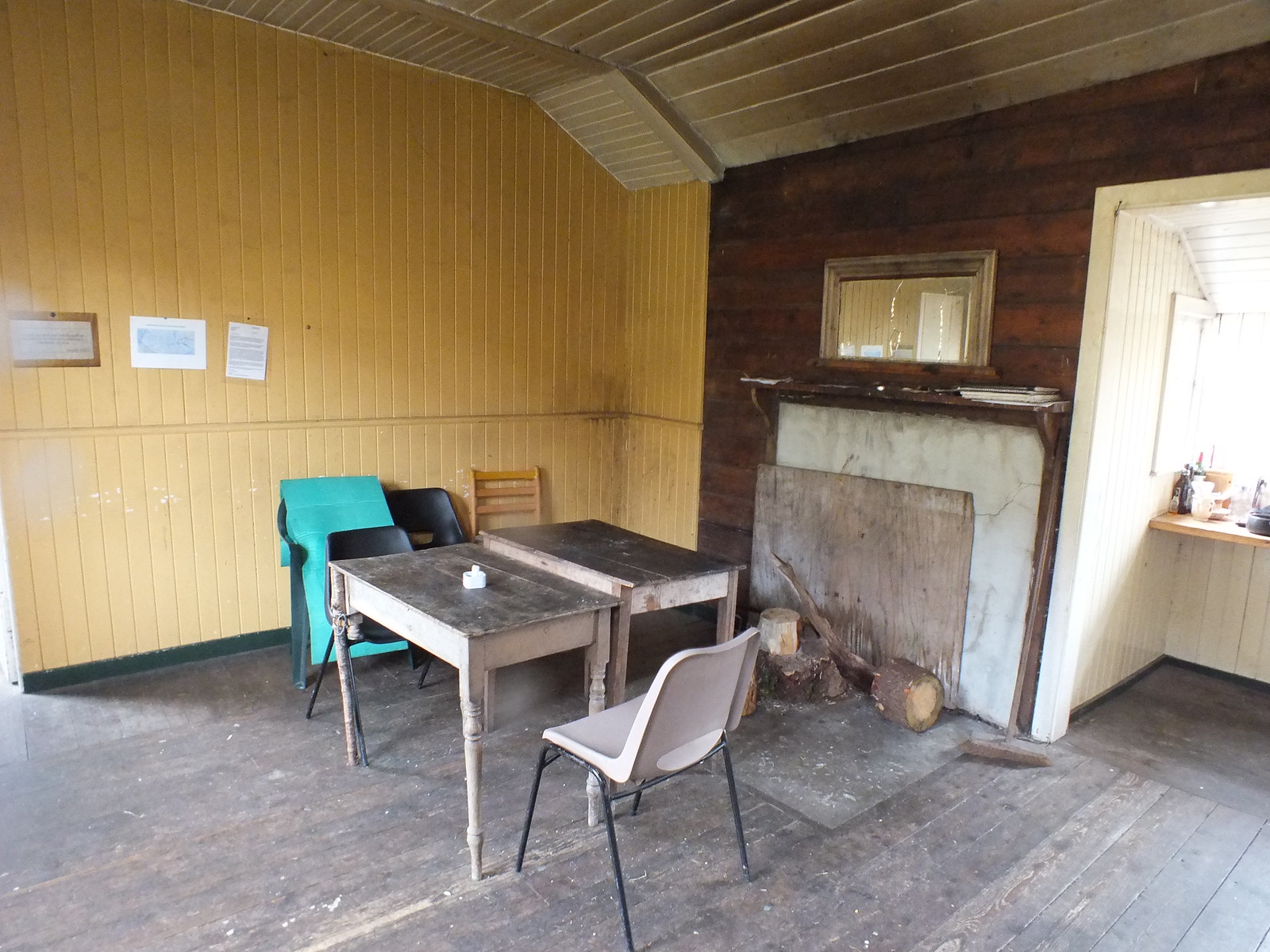 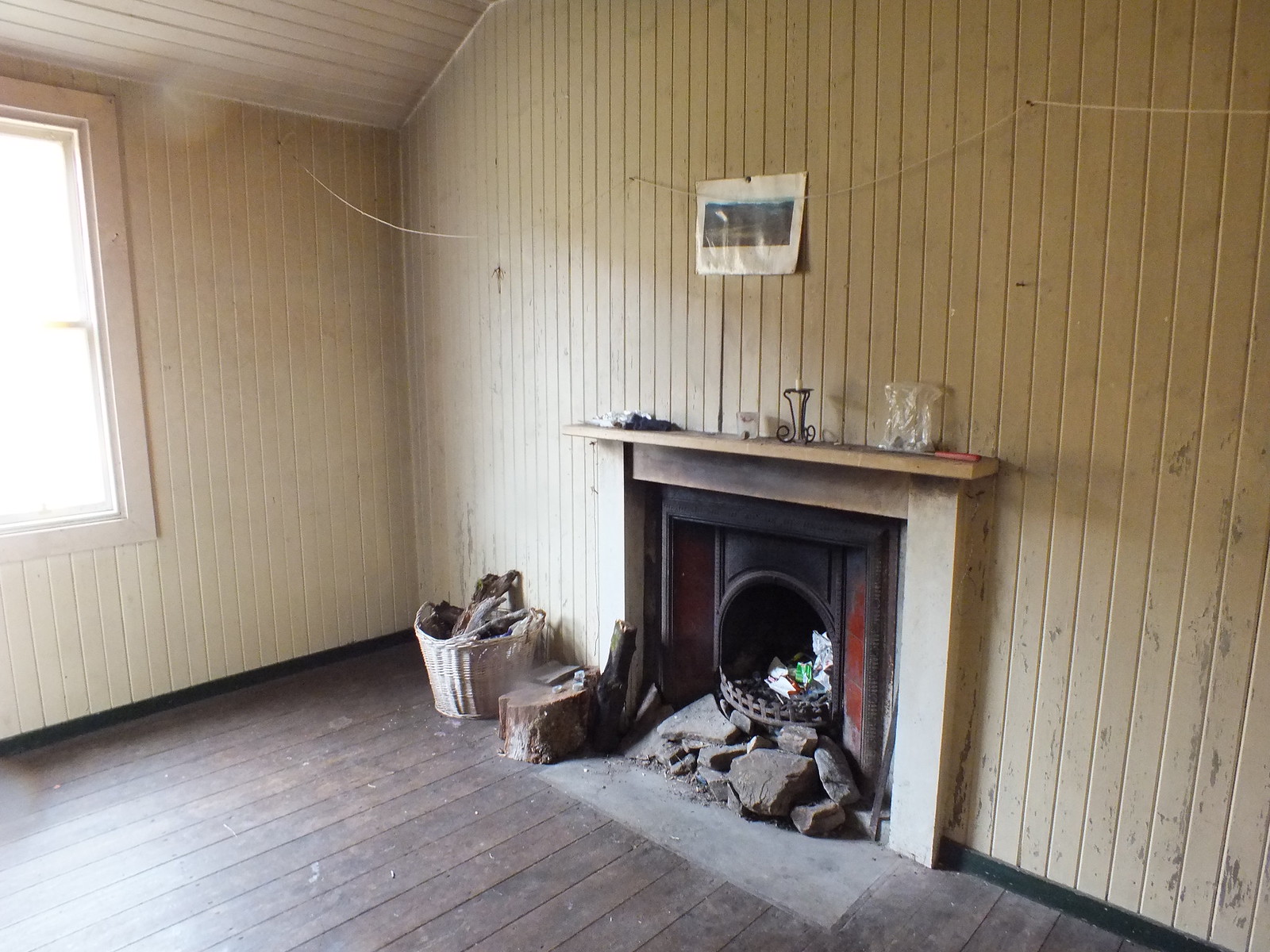 After an unguided tour of the bothy we set off on our way, we were glad we had left our bikes because not only was the path far from ideal for cycling on, it was also uphill 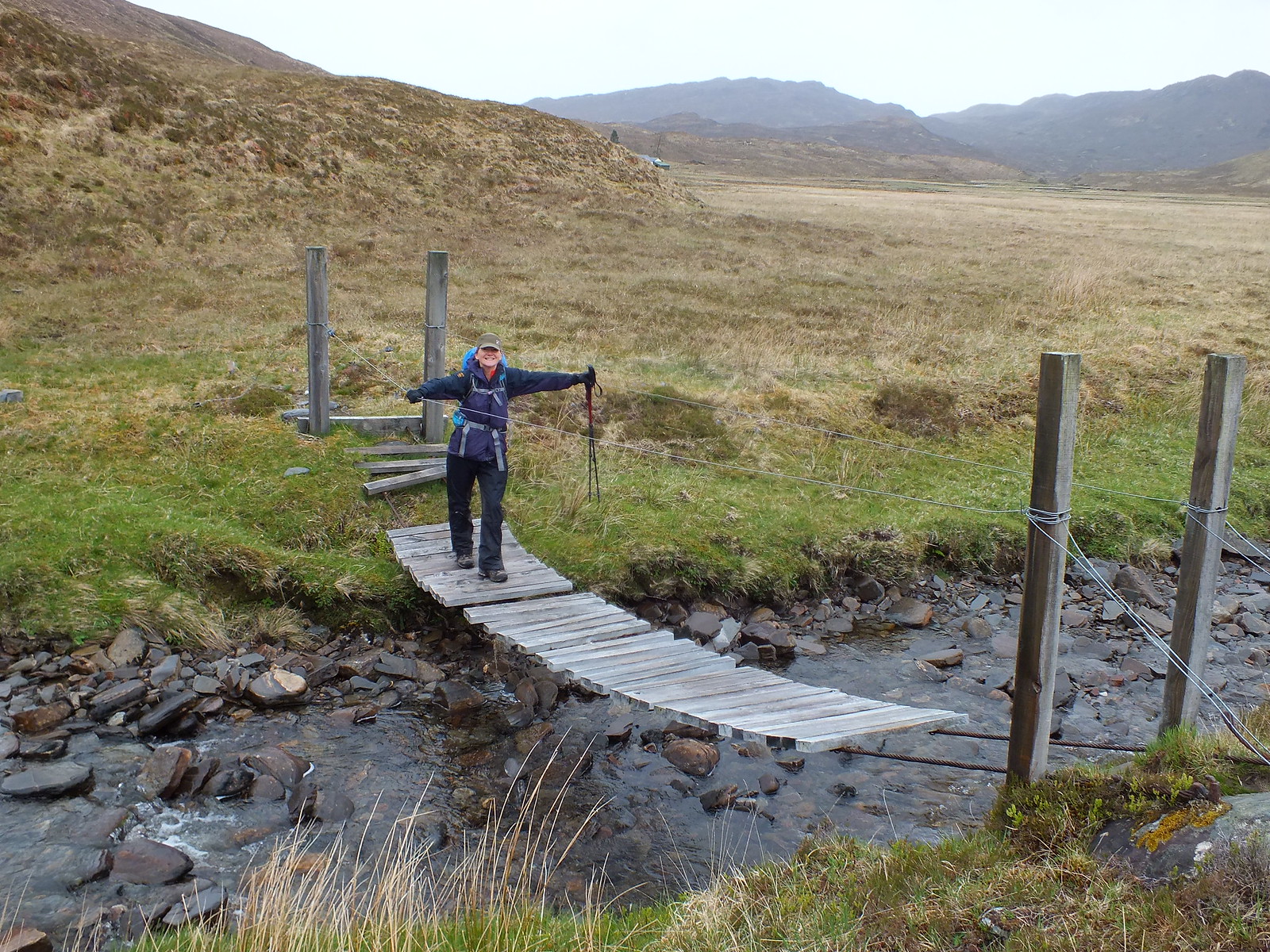 Shortly after crossing the bridge we met a walker, the first of 2 who were walking the Cape Wrath trail, they both had fluid plans, in other words had nothing definite arranged. Once we reached the loch we knew it was time to leave the path and start heading uphill. The terrain wasn't steep it was longish tufty grass which was very soft underfoot, ideal for descending, but hard work ascending. After a few stops, well maybe more than a few we reached the bealach area. 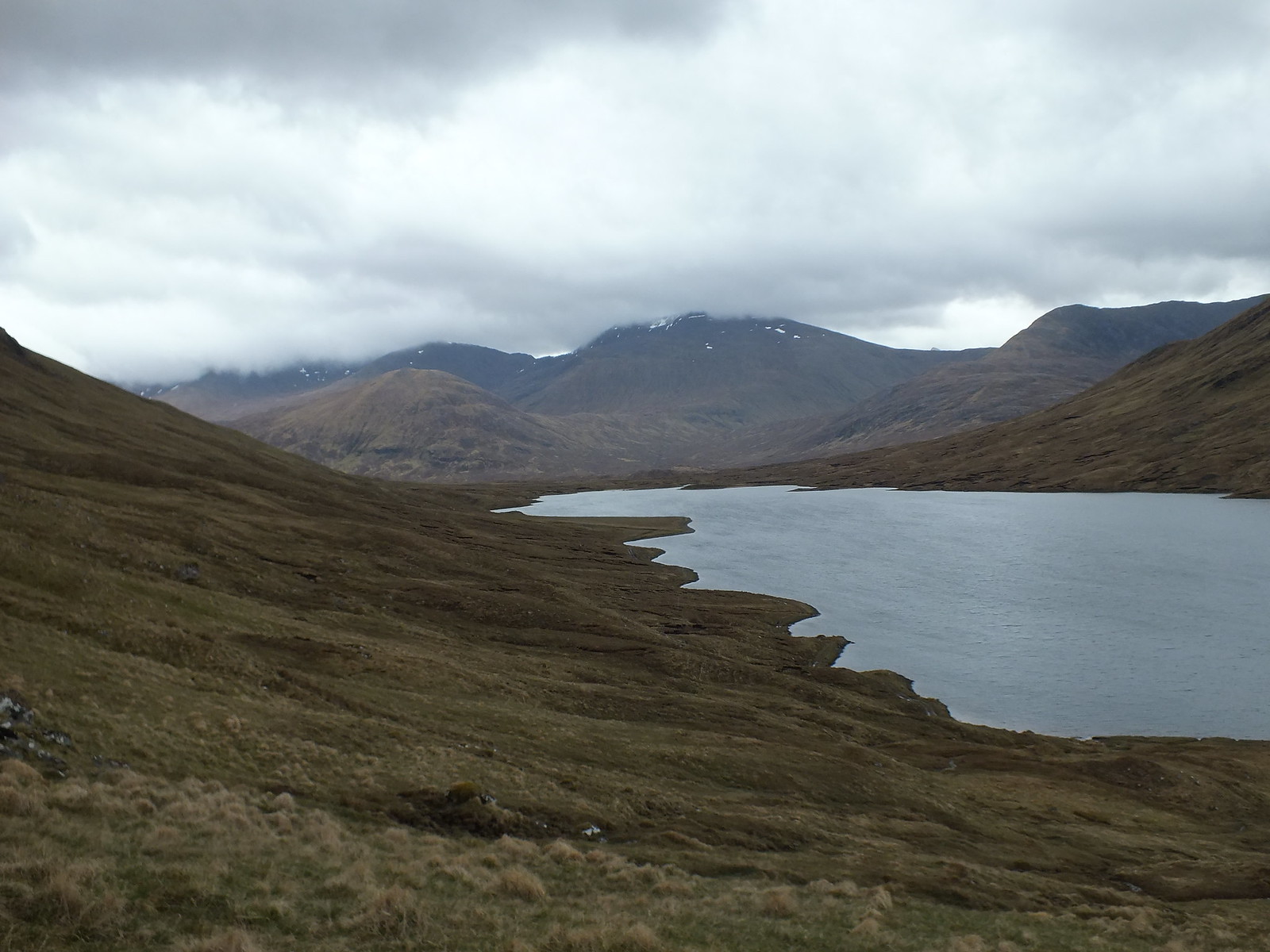 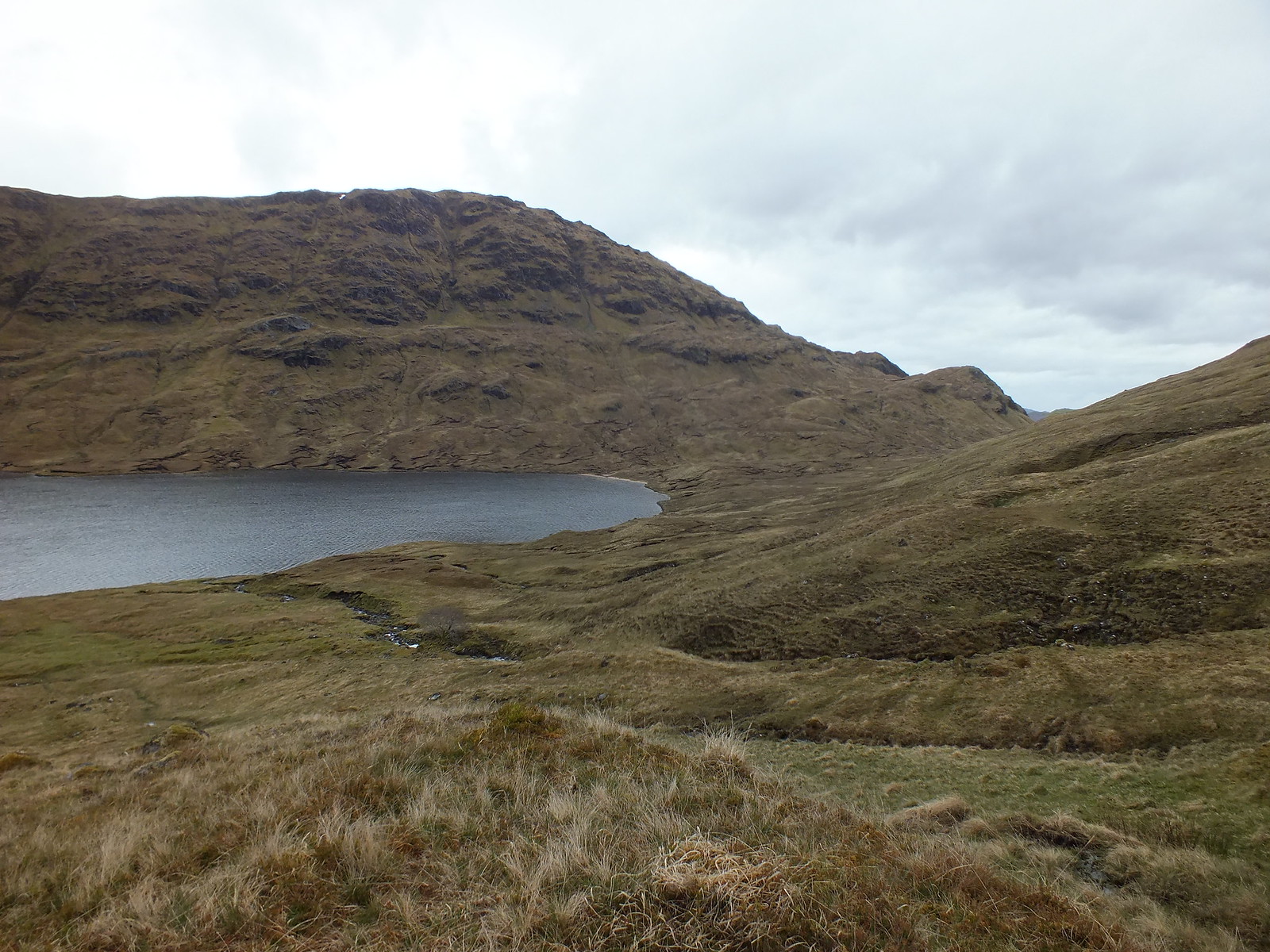 Western end of the loch

Once we reached the bealach we then located the path and basically followed it uphill to the summit of Lurg Mhor. 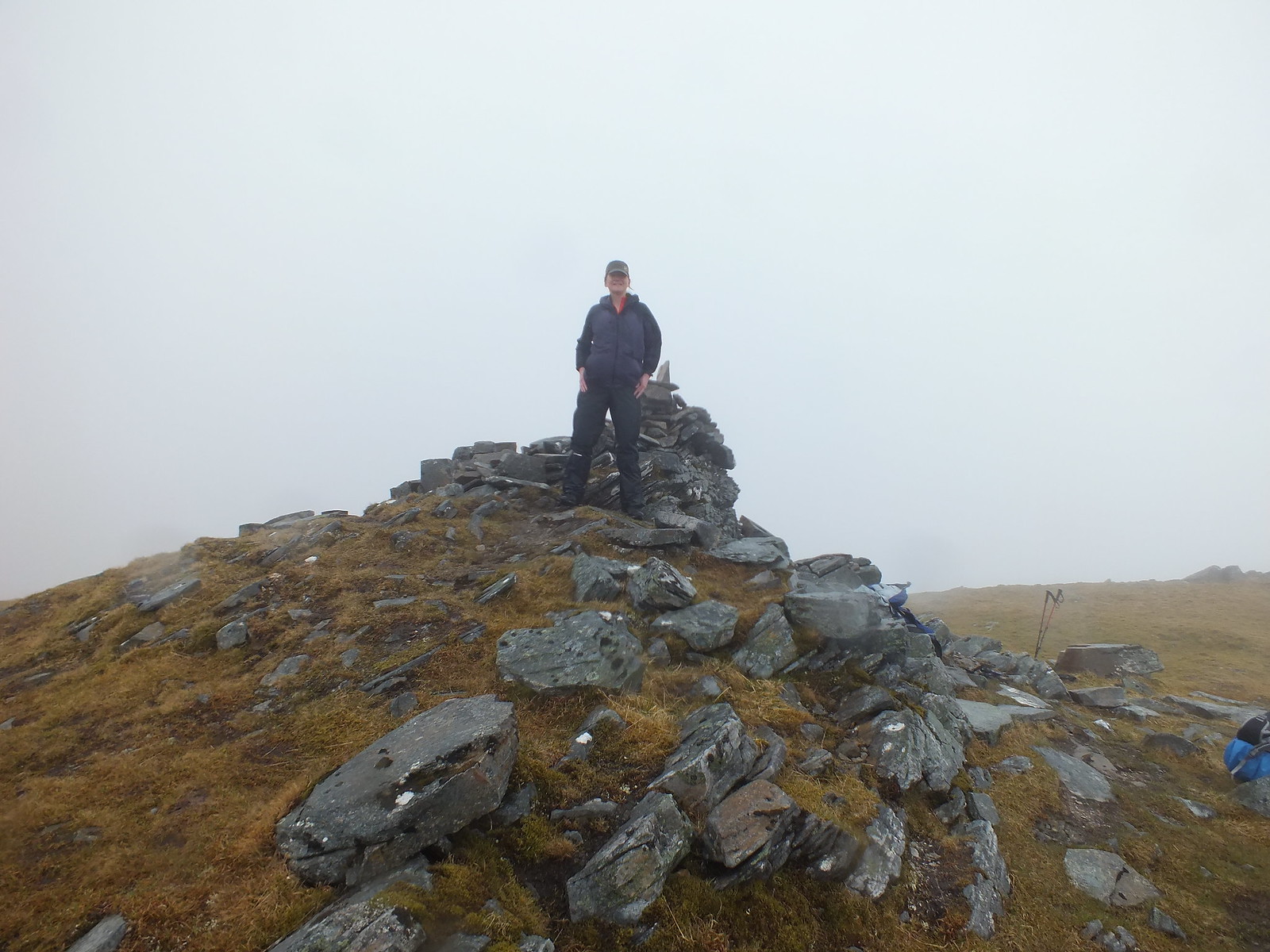 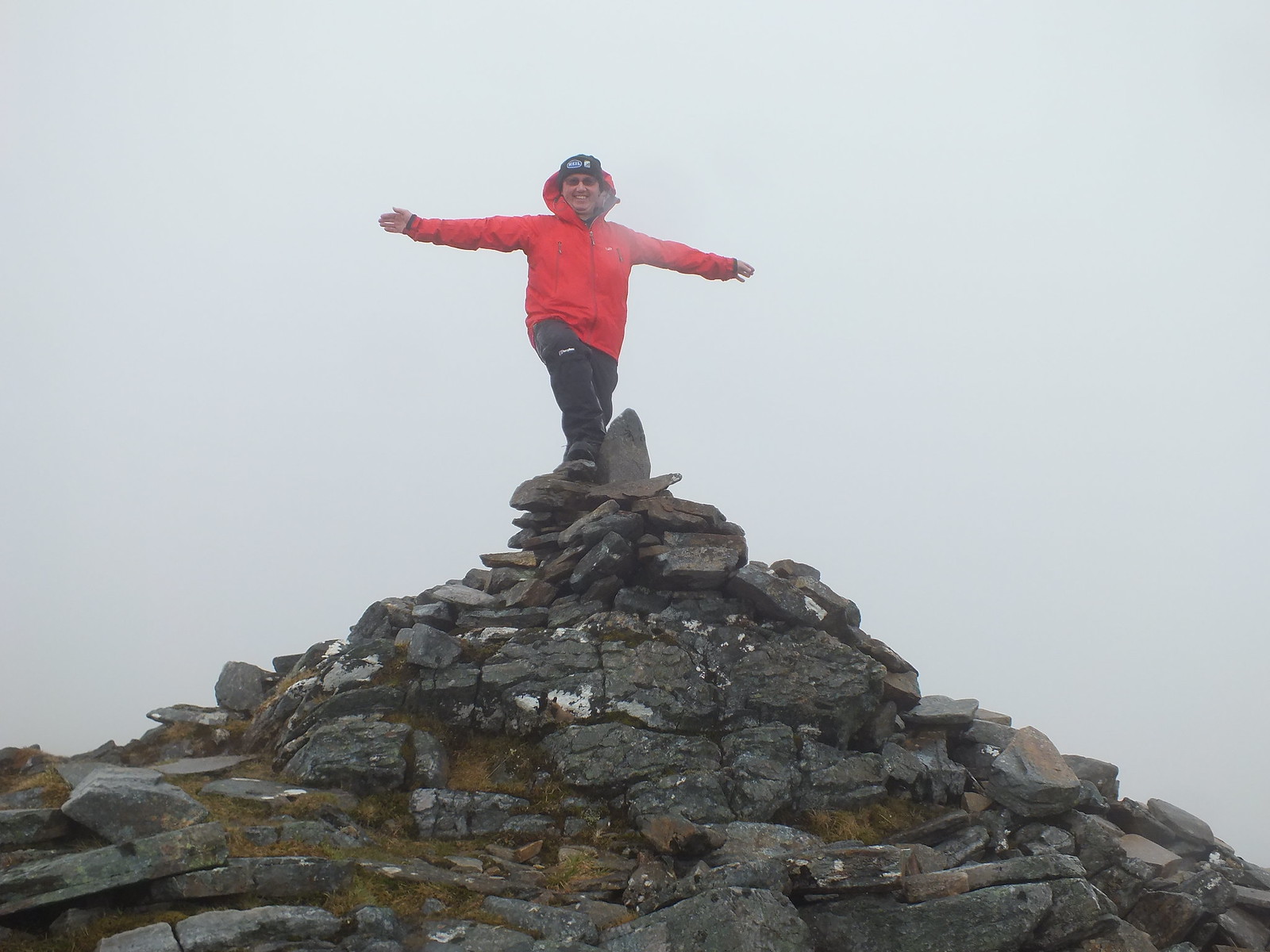 We didn't really have any views from the summit, so it was the usual take a few photo's and then head downhill back to the bealach. As we reached the bealach we descended below the cloud level 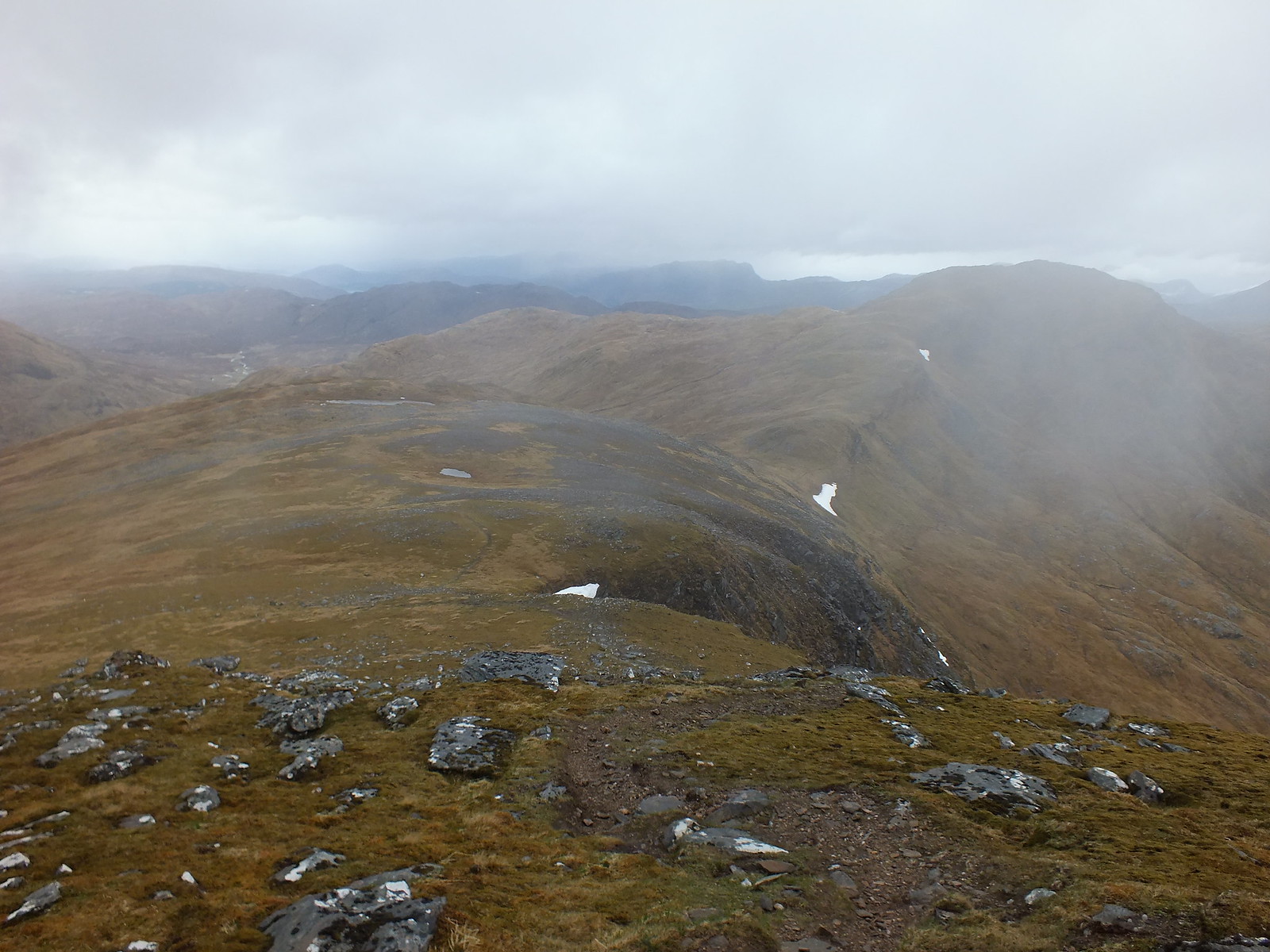 The way ahead, down to the bealach, then up scale the cheesecake 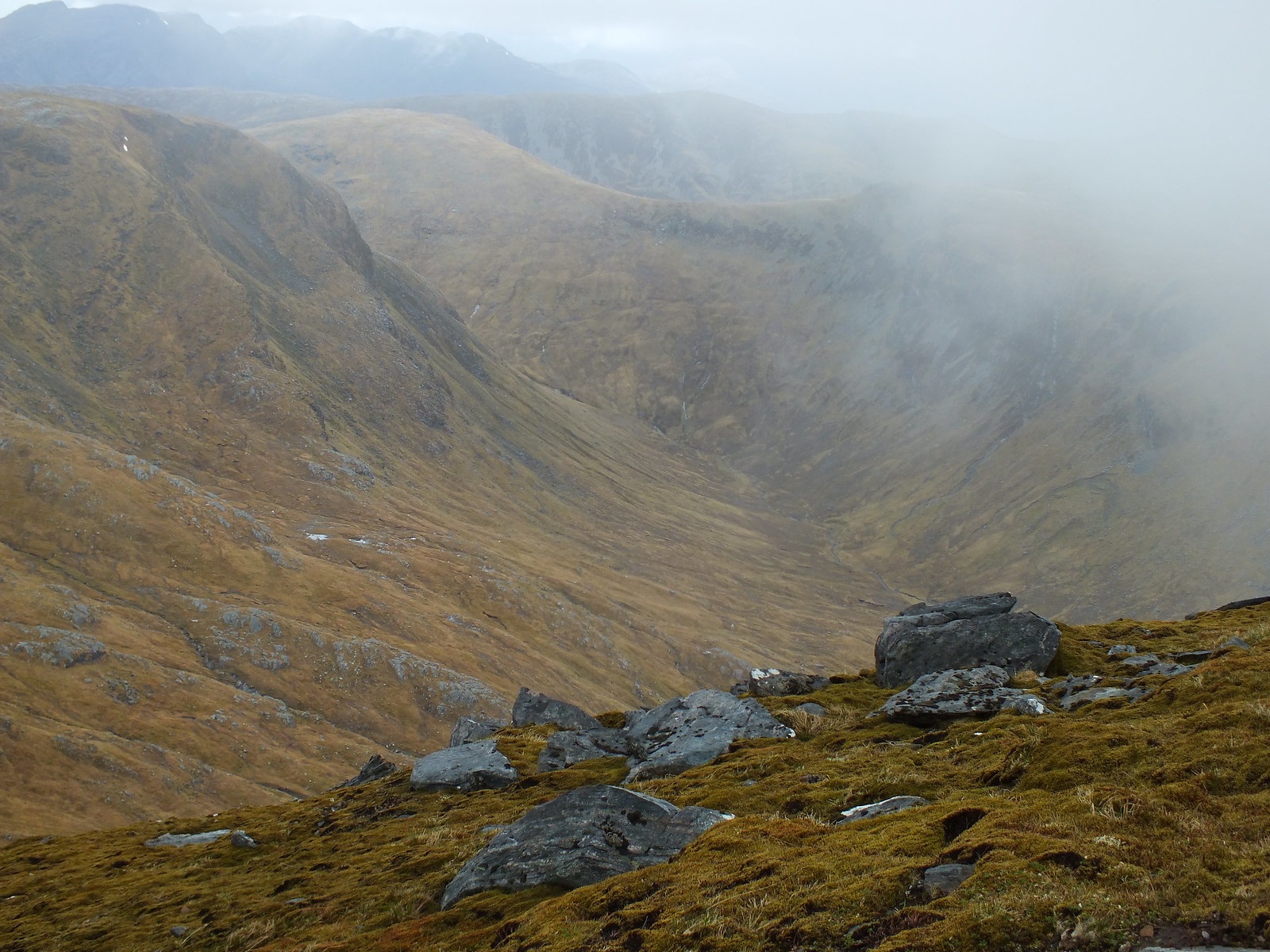 The ascent up Bidein a' Choire Sheasgaich was fairly easy and didn't take very long and the summit cairn as you will see isn't the biggest. 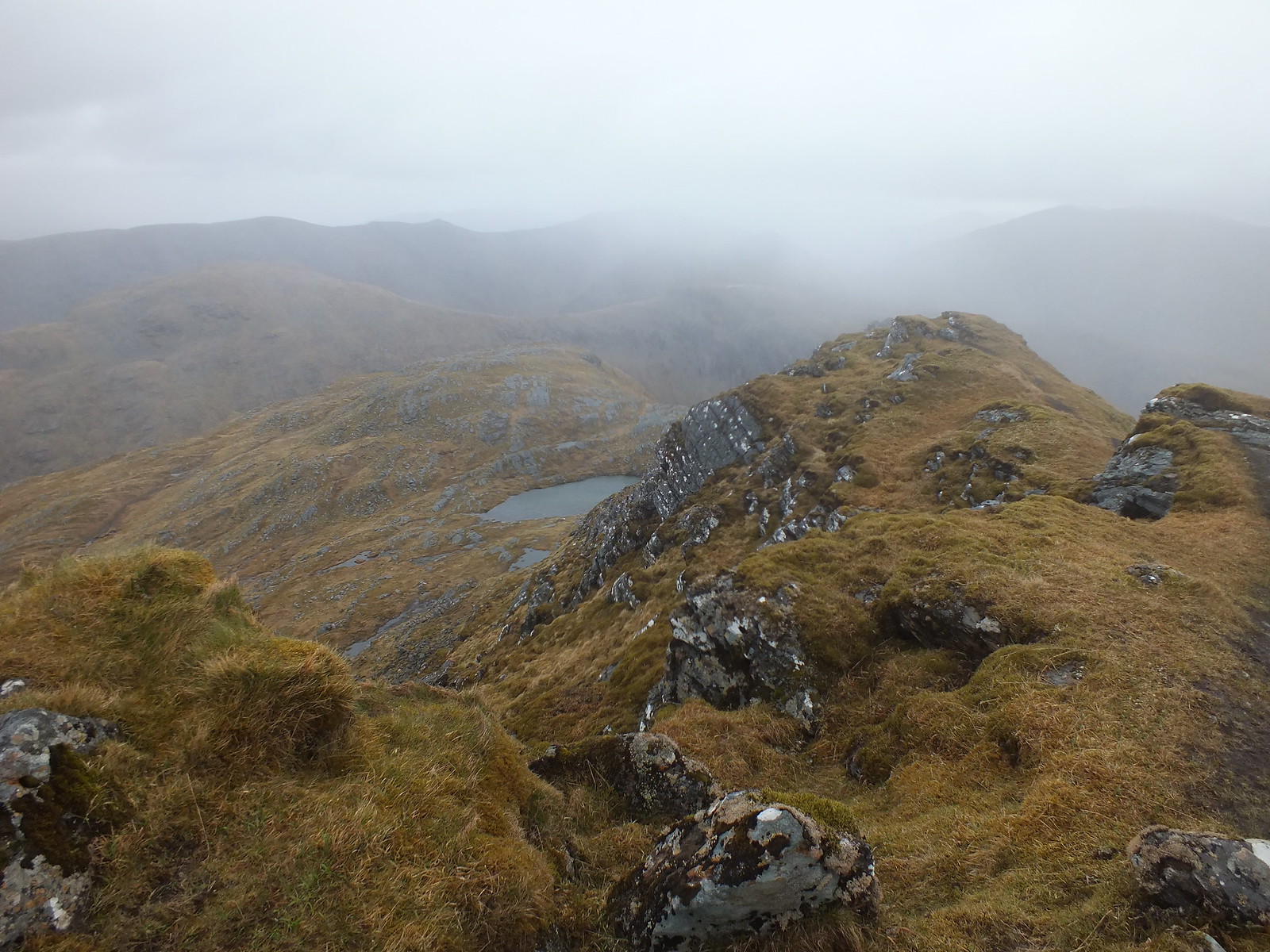 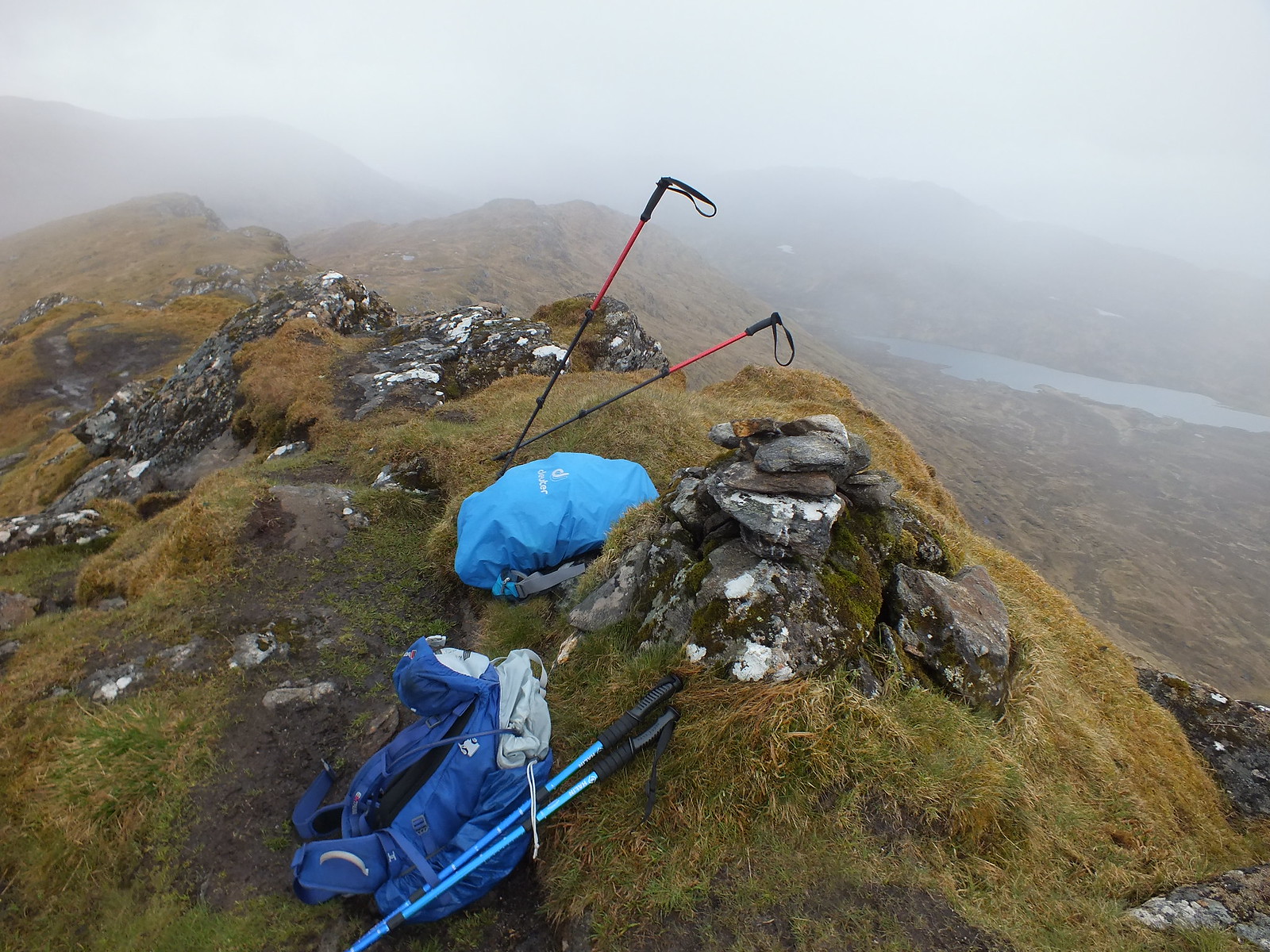 Once again a few photo's and it was time to start the descent, we initially started the descent by following the path, but that looked as if it was going to take us along the shoulder and the shoulder looked lumpy and bumpy and that was the last thing we wanted to entertain. So after a confab we elected to traverse and descend and we would then join the track roughly where we cstarted our ascent. Another plus point was we knew the terrain and that it would be an easy descent and in no time we were back on familiar ground and heading back towards the bothy

When we reached the bothy we found there were about 8 folk who were planning to spend the night there, so we had a brief chat with the two ladies whilst we prepared ourselves for the cycle back, packing our walking poles away. The weather had taken a turn for the worse and we were dripping all over the wooden floor

So the time had come to head outside, unlock the bikes and start the long ride back to our dry cars. The ride back was a bit of a blur we seemed to spend an awful lot of time pushing our bikes, I was really miserable, the wind was making any progress really difficult and I was absolutely soaking. Once we reached the main descent, Pauline had told me to head off down by myself. She was planning to descend slowly, especially as she only had a rear brake, so I set off and was determined not to dismount again until I got back to the car

After all the rain, the track was muddy and littered with puddles and by the time I got back to the car I was covered in sandy mud 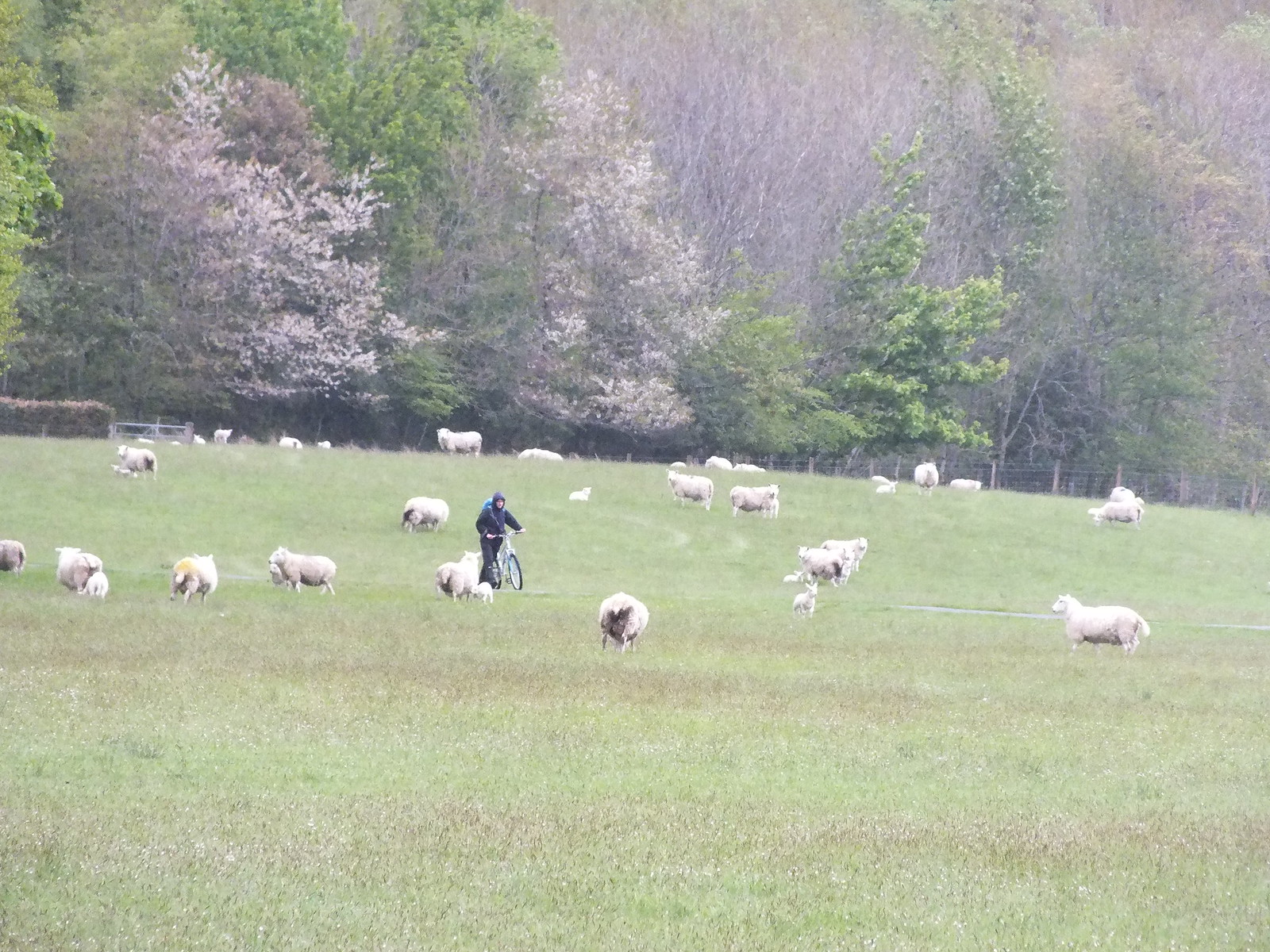 Pauline escorting her bike back to her car

Pauline wasn't quite so lucky, she spent a good bit of the final descent pushing her bike downhill as her chain had come off

A huge thanks to Pauline for her fantastic company, it is certainly a day I will remember for a long time

If anyone is planning to head out and visit these two remote hills, be prepared for a long day, whether biking or walking.
Next An Teallach part 2

Well done Martin. Have been thinking about do the molars over a big 2 days but thinking bike might be wise. You are edgeing closer to completion .

Well done Martin and Pauline. Sounds like a nice enough walk, but the cycling wasn't so much fun again. So I'm starting to believe my mental idea to walk these and the Alltbeithe 3 all the way isn't so bad after all.

Two more Munros for each of you. The finish line is in sight, which means options are closing down. At least that makes the decision about what to do next easier

Borderhugh wrote:Well done Martin. Have been thinking about do the molars over a big 2 days but thinking bike might be wise. You are edgeing closer to completion .

Thanks Hugh, a bike is definitely the best way, just for the freewheeling

Fisherfield next when a weather window opens

simon-b wrote:Well done Martin and Pauline. Sounds like a nice enough walk, but the cycling wasn't so much fun again. So I'm starting to believe my mental idea to walk these and the Alltbeithe 3 all the way isn't so bad after all.
Two more Munros for each of you. The finish line is in sight, which means options are closing down. At least that makes the decision about what to do next easier

Thanks Simon, it will certainly be a mega couple of days for you

The cycle out was made ten times worse by the conditions, there can't be much worse than cycling into wind and rain when you are wet, tired and just want to see the cars

Tough sounding day but well done for persevering - there're certainly a lot of ups and downs on the track both ways so not the easiest of return journeys either. Cycling in boots on the flat is OK but less so when it gets hilly - used MTB shoes with clipless pedals for this one which do help on the ascents albeit needing to change into boots for the walking. Leaving bikes at the bothy does give an option for a loop rather than the up/down if cycling to the loch. On the final countdown now - hope you get better weather for the rest - cheers

PS one for Pauline perhaps HERE ?

Shame you two didn't get the weather for these two. You do get some nice views from the summits.

If the weather plays ball then I'm still hoping for Fisherfield for me this weekend coming......if it doesn't then apparently I have decorating to do instead

Great report and pics. Me and my pal took the bikes in from Attadale to do these hills a few years back. Did a similar route to you guys though went straight up from Bendronaig over Sail Riabhach to the summit then Meall Mhor and descended to Loch Calavie. A long hard day.
Lurg Mhor along with A Mhaighdean and Seana Bhraigh are widely regarded as the remotest of the Munros. We left Inverness at 7 am and were back in Inverness at 8 pm only 13 hours later. I suppose the hills are not as remote as we sometimes think.
All the best

Yep, definitely a tough pair, but the satisfaction of bagging them must be enormous

I was considering doing this duo via BeinnTharsuinn (from Craig), but this route looks interesting, too. Such a shame I'm a rubbish cyclist on rough terrain

Its a tough cycle/push in , but worth it on the way out. Shame about the weather, but 2 more ticked off.

Jings Martin what a day!!! Never again, or at least never again with bikes!!!

Those fish suppers healed a few wounds I think.

That's so much for you company, very much appreciated

Ha ha ya cheeky penguin! To be honest I think it was me who needed repaired after that!