We wanted to make a circular route out of these two hills so we parked at Bridge of Balgie. We crossed back over the bridge 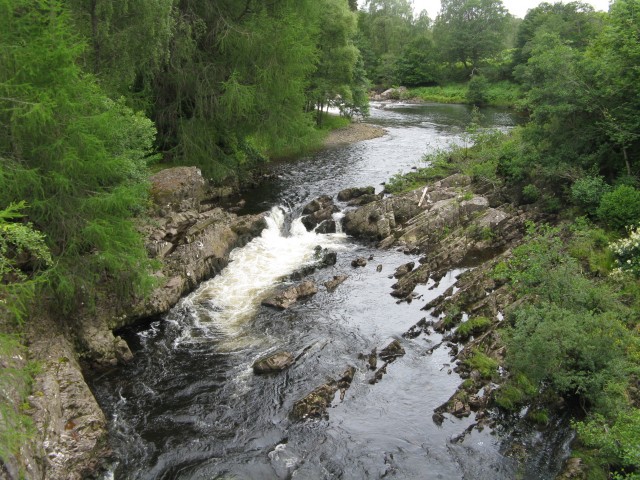 River Lyon from the bridge

and turned left along the track that leads to the Scout campsite. After about 3km, just past some crags on the hillside, we left the track and headed up steep, grassy slopes towards the NE ridge of Meall nam Maigheach. Fortunately there were enough wildflowers for me to keep stopping for a rest.

Rain was threatening over Carn Gorm 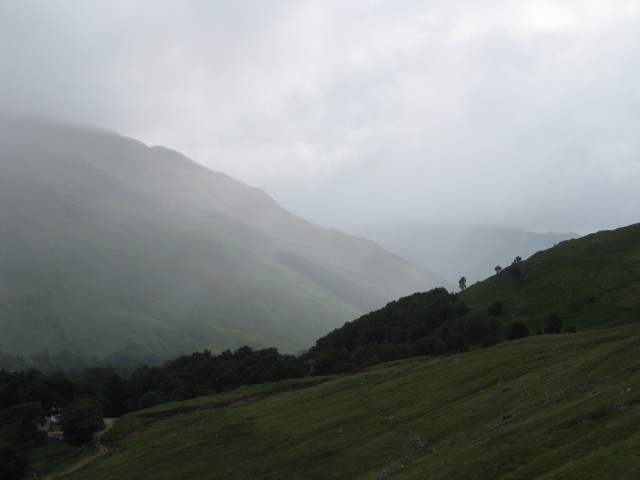 as we rounded the crags 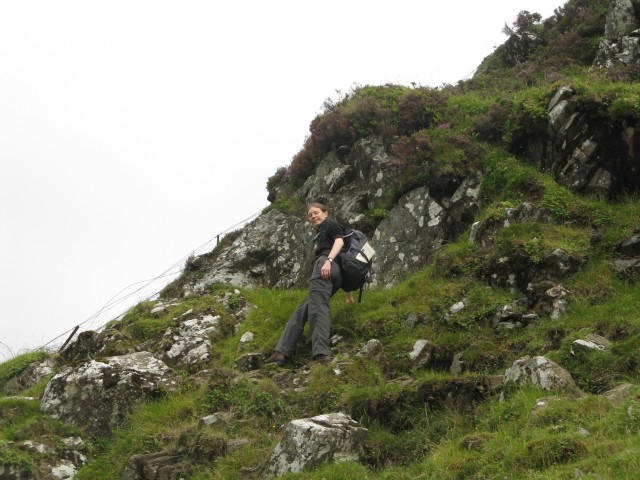 and contoured round Creag nan Eildeag. There is a faint path which disappears into the bracken occasionally but eventually emerges at a boggy bealach. 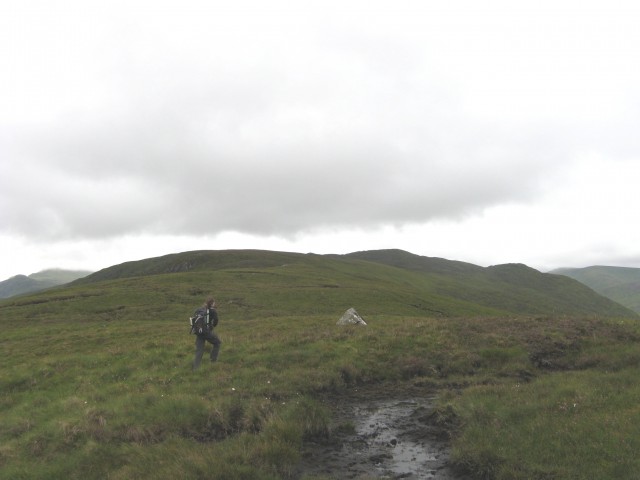 Another couple of kms of boggy, peaty ground (actually it is not too bad!) leads to the summit of Meall nam Maigheach. There are great views across to the Tarmachan ridge 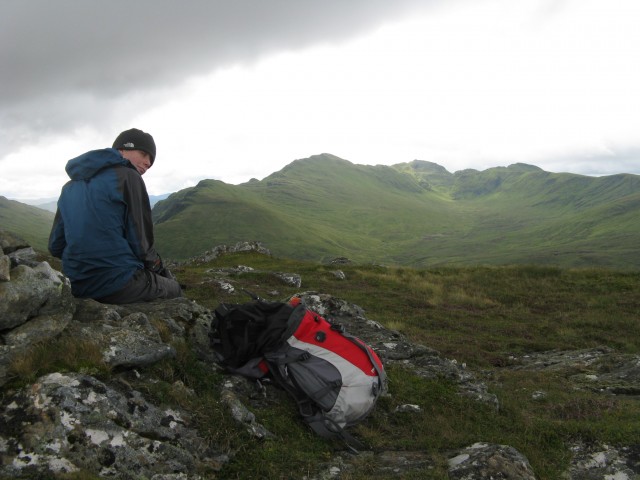 and also of Loch an Daimh 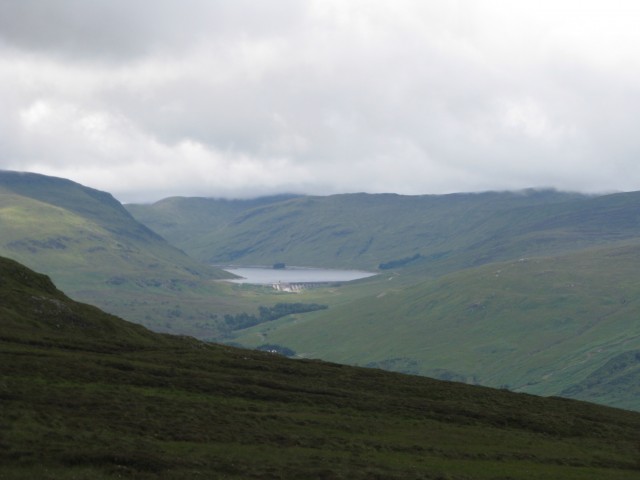 and the surrounding hills. 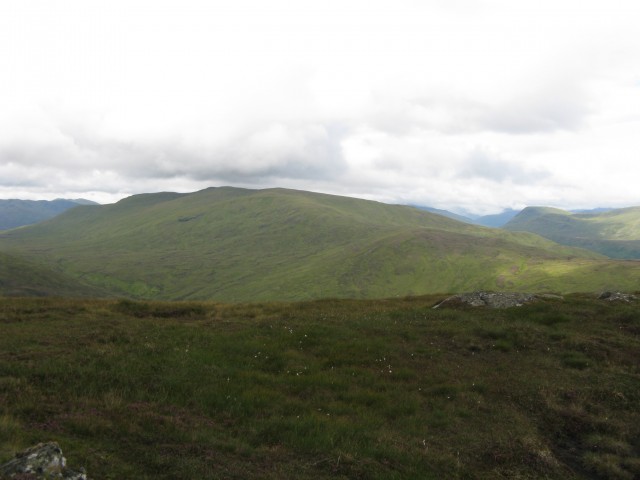 We then descended southish to reach the road. Following some debate

we followed the road north until we came to a small bridge over the burn. Ascending diagonally across the hillside we reached the bealach between Creag Dhubh and Beinn nan Oighreag. From here a track leads to over numerous false summits to a large cairn. By this time it was raining hard.

A golden plover called plaintively as we ploughed on. The large cairn is not the summit however but does provide good shelter. Dumping our rucksacks we had a short walk south to the real summit. A brief gap in the rain allowed a few photos of Glen Lyon 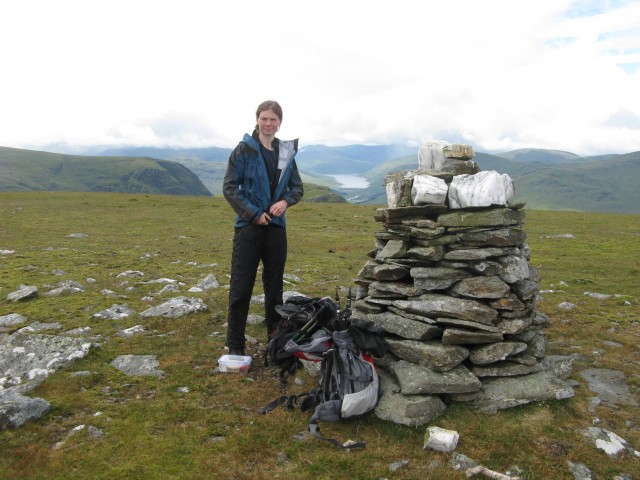 before we retraced out steps back to the bealach and then on to the bridge. A short walk down the road to Bridge of Balgie completed the route.

An interesting little route there. I tagged the first of these two onto Meall Corranaich and Meall a'Choire Leith last year. I thought it was arguably the dullest hill I'd ever climbed, but then I didn't get the views you seemed to get and I probably came at it from the least appealing angle. Going to keep the other one for a winter ascent tagged onto Meall Ghaordaidh from Glen Lyon.

Surely Beinn na Lap is the dullest hill in Scotland?

Yeah, alledgedly, but I've not climbed it yet!