Sunshine and Showers on the Western Fannaichs

Sunshine and Showers on the Western Fannaichs


With a week off work near the end of May I decided to head for Ullapool - lots of Munros still to bag around there.

This, my first walk of the trip, was something of a bonus since the forecast had not been good for that day (Sunday). The long drive up from Cumbria on the preceding Saturday, under grey skies and through heavy rain, did nothing to offer encouragement - until, that is, I was crossing the bridge over the Moray Firth, whereupon the sun broke through and the cloud rapidly dispersed to give a fine late afternoon and evening.

I didn't want to get too knackered as I had Monday (good forecast) earmarked for the Beinn Dearg four. So I thought the two most westerly of the Fannaichs, Sgurr Breac and A' Chailleach, might fit the bill as a nice warm-up, which indeed they did.

I based my choice of route for these two on the Walkhighlands walk, but decided to approach Sgurr Breac via the Allt Breabaig so as to ascend its east ridge, which looked interesting on the map and turned out to be delightful. I also decided to return via the Sron na Leitir Fhearna, thereby avoiding the 'exceptionally boggy' ground along the shore of Loch a' Bhraoin.

The only disadvantage of this variant, apart from being slightly longer, is that the Allt Breabaig has to be crossed at some point; but a distinct path runs along the west bank far enough up the valley for this not to present a problem.

The parking spot just past the start of the Landrover track down to the eastern end of Loch a' Bhraoin was easily spotted. It was only about 6.40am when I arrived, but another car was already there. The two peaks were obscured by cloud, but the sun was shining and the sky generally clear. So I set off with a sense of optimism that did not prove misplaced as the day progressed. 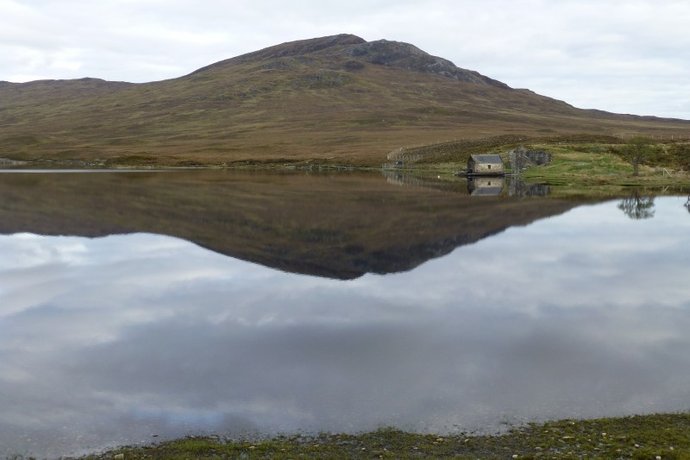 The eastern end of Loch Bhraoin, just after crossing the second footbridge The Allt Breabaig with Sgurr Breac on the right At the bealach at the head of the Allt Breabaig Looking up the east ridge of Sgurr Breac Cul Beag (?) in the distance to the north An Teallach to the north-west 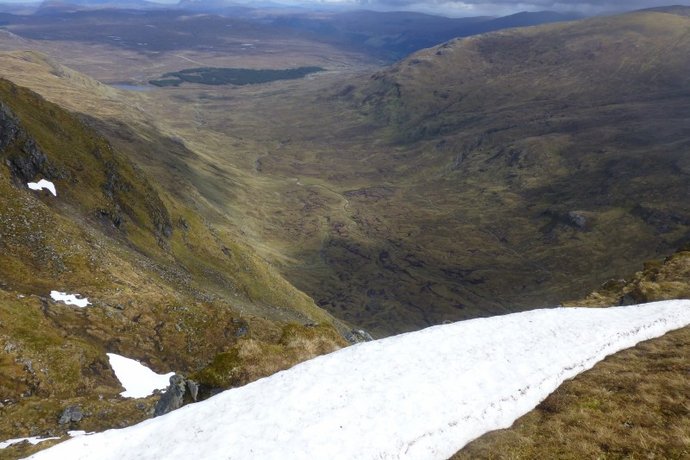 Looking down the north-eastern face of Sgurr Breac 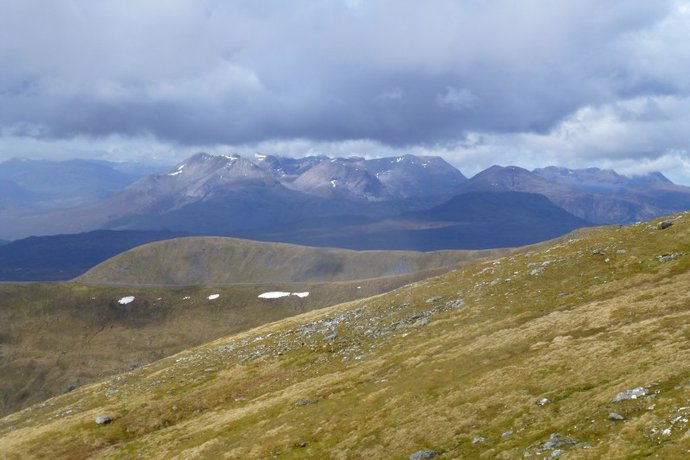 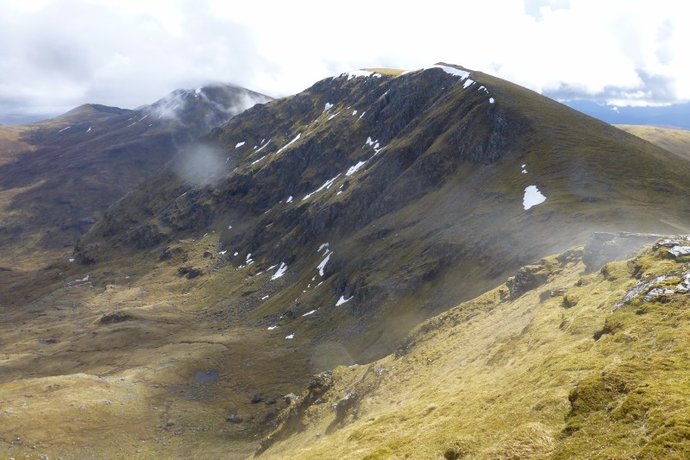 Looking up the east ridge of A' Chailleach

After a couple of light showers crossing the intermediate top of Tomain Coinich, I was treated to warm sunshine and blue skies on the summit of A' Chailleach. The views were breathtaking. I was in no hurry so I found a sheltered spot to the north of the summit and sat down for a very long lunch break. I could happily have sat there for the rest of the afternoon. Beinn Eighe etc. from A' Chailleach 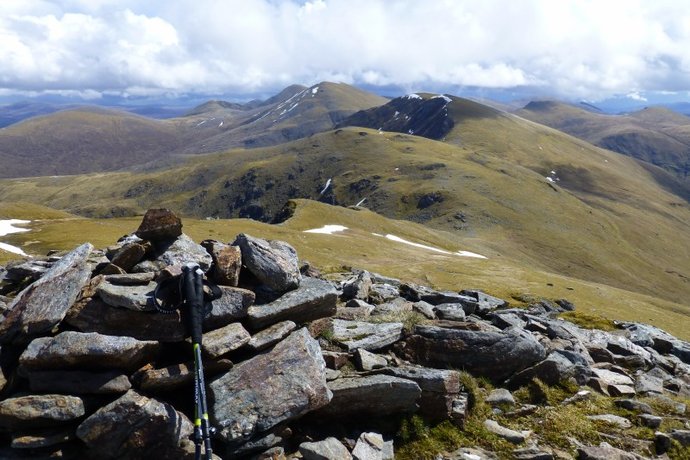 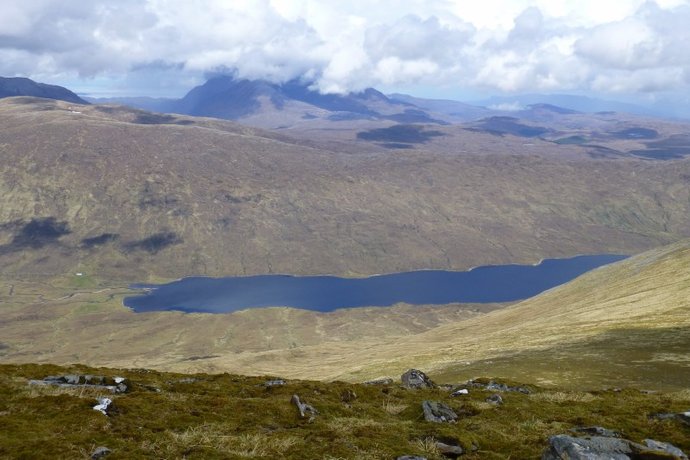 It had been a thoroughly enjoyable walk and I was looking forward very much to Beinn Dearg and co. next day.

Some great views of the hills around.

The Fannaichs look great - seems like fabulous views aplenty - An Teallach, Torridon, etc. I hope to get up there this year....

Thanks guys. The views were definitely the highlight of this walk and I was lucky to get such good visibilty.

Lovely route this and great photos to prove it.

Looks like a decent day where you were, dav, at least better than it was further east where I had a day off. A good walk with some nice views.

dogplodder wrote:Lovely route this and great photos to prove it.

Thanks DP - I found this walk a real delight.

simon-b wrote:Looks like a decent day where you were, dav, at least better than it was further east where I had a day off. A good walk with some nice views.

Thanks Simon. Makes a change to be in the right place at the right time weatherwise!
I was looking at your report on the Ceathreamhnan trio - most impressive!