Wild Camping and Mountain Bagging in The West Monar Forest

Wild Camping and Mountain Bagging in The West Monar Forest


11 Munros left to go… A good few years ago I wrote that, and since then I haven’t made a dent or even attempted to finish them off… Knackering my knee (again) and going under the knife at the end of last year was when I decided it was about time I started ticking the remaining Munros off….

So a long weekend away, and we final decided on heading back into The West Monar Forest near Glenuig forest where we had our misadventure a few years ago! As is often the case we thought we would manage all five Munros and three Corbetts back then, but under the circumstances only managed the three Munros and one Corbett. The time had now come to head back and finish what we started three years ago….
Initial plans were to camp on the summit of Tharsuinn then head to the two Munros and then the Corbett Dronaig before heading back to camp. As it turned out we made it as far as the Bealach Bhearnais before daylight faded, so we set camp here. The weather was ok and after a sleepless night for one of us (see video) we set off. The weather wasn’t great for photography as it was slighty overcast but it made ideal walking conditions with a very slight breeze keeping the midge away and cooling us off. We took our time and made our way across the summits. The hardest part of the day was actually the final pathless pull back to the camp. The nice stalkers path that we followed from Bendronaig Lodge ended abruptly in Coire Beithe a few Km from the camp. The ground beyond was petty uneven and rough and after four summits was rather tiresome!!
We arrived back around 10 hours after starting and soon we were enjoying tea and coffee in the shelter of the tents as the heaven opened. A good hour later ad the storm clouds had cleared leaving a wonderful rainbow and contrasting scenes….. A good night sleep was enjoyed by both that night….

The next day we had a dilemma. Would we walk out and have a rest day then try Conival and More the following day or would we just go for it and try and crack on with the ascents on the same day. We opted for the latter. After getting accommodation sorted in Ullapool we headed or Inchnadamph and set off up the hills just before midday. Being off the web for a few days, we only had older forecasts to go by and it had suggested heavy showers. Surprisingly though it stayed dry until about ten metres from the summit of Ben More Assynt when a large thunder cloud eventually caught us and depositied much hail and heavy rain. Not time to hang about and we dropped off the ridge before heading back. Soon the sun was out and we were making our way back to enjoy some nice ice cold beers in Ullapool. 7 Left to go ! (no idea how many Corbetts though 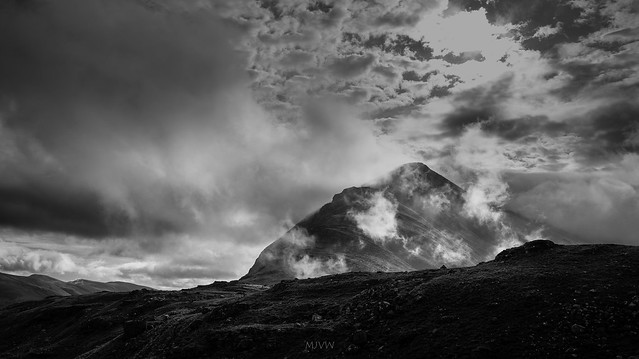 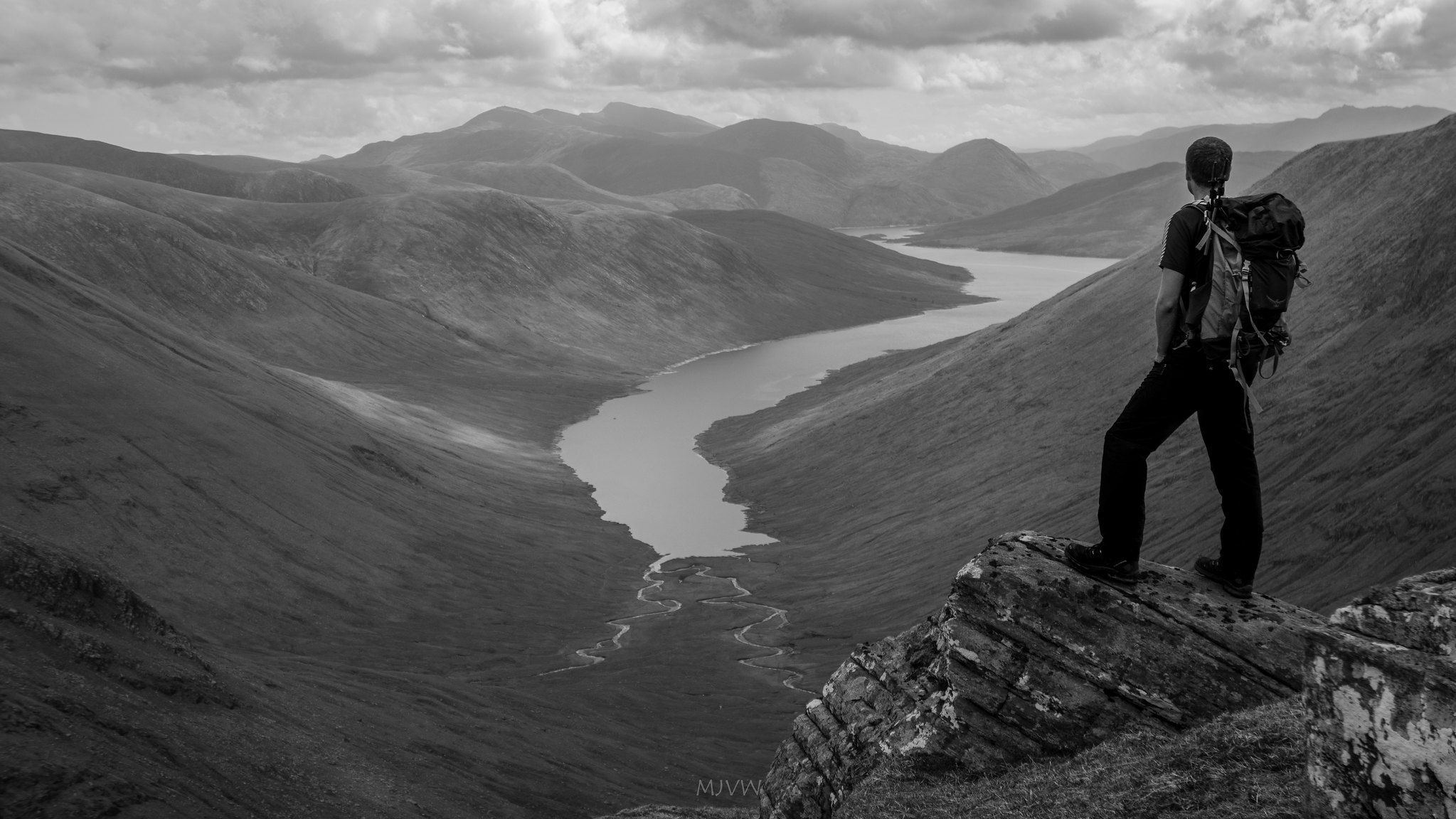 Re: Wild Camping and Mountain Bagging in The West Monar Fore

Looks like we missed you by a day and had slightly better weather. Beinn Dronaig is a lot bigger than it looks

good seeing these from the air too

Re: Wild Camping and Mountain Bagging in The West Monar Fore

Great report Wilkie. It had everything for me. Reality (can relate to the snoring!), it captured the mood, the beauty, the sense of escape, tranquility and underlined the awesomeness of the Highlands. Your pack looks mighty heavy.