Having enjoyed a leisurely breakfast in my Corpach B&B, I decided on a short day before my drive home to Glasgow, so I drove up Glen Loy to park at the start to the forest tracks approach to Stob a Ghrianain. I have to say that it's one of the best signposted hills I've ever been on: there are green markers all the way through the woods. Once out of these woods, I followed a path by a stream for a short distance before coming to a wooden plank bridge. The bridge and the ridge

Over this, some helpful ATV track made the going pretty easy up on to the broad ridge. Not far to go now, I thought. However, it was one of these hills with many rises before the final climb to the summit plateau. 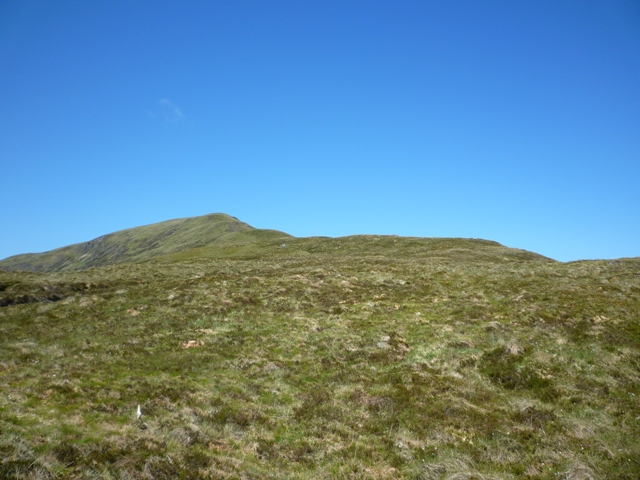 On the broad ridge 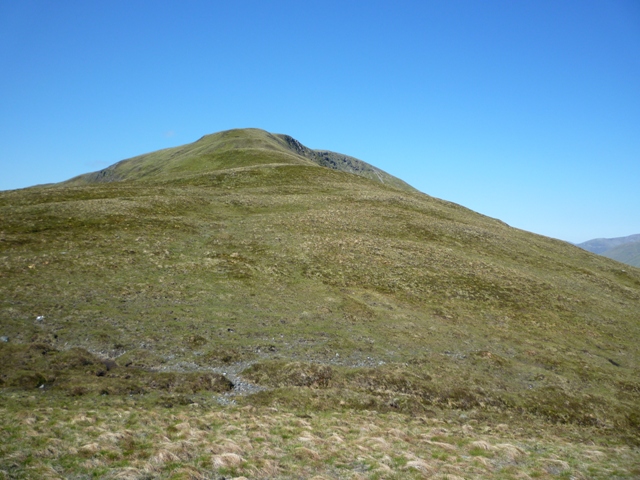 Still on the ridge

Once past a lochan, the various cairns came into view but it was obvious which was the summit - and the views were great - well worth the sweat and enduring a plague of flies for much of the way up. One of the lochans near the summit 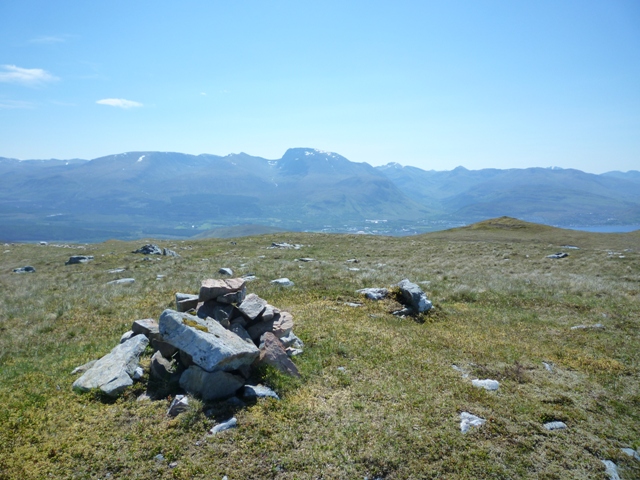 Summit view over to Nevis

The descent down the same route was as easy as any but I had to make a fast getaway once back at the car because of the midges. Now, for a swift journey back down the road. But it was not to be because once past the many roadworks, the A82 south was totally closed beyond Crianlarich (I later found out, sadly, there had been a fatal accident) which meant a lengthy detour in the stifling heat.