Set off nice and early, after staying locally. Broke through the clouds at the Ski Centre car park. Hopes were high for a long but stimulating walk culminating in climbing the barns on Beinn Mheadhoin, with Loch Avon and the Shelter stone on the way. The plan was to perhaps return via Ben Macdui, depending on how we were holding up as it was supposed to be a hot one. 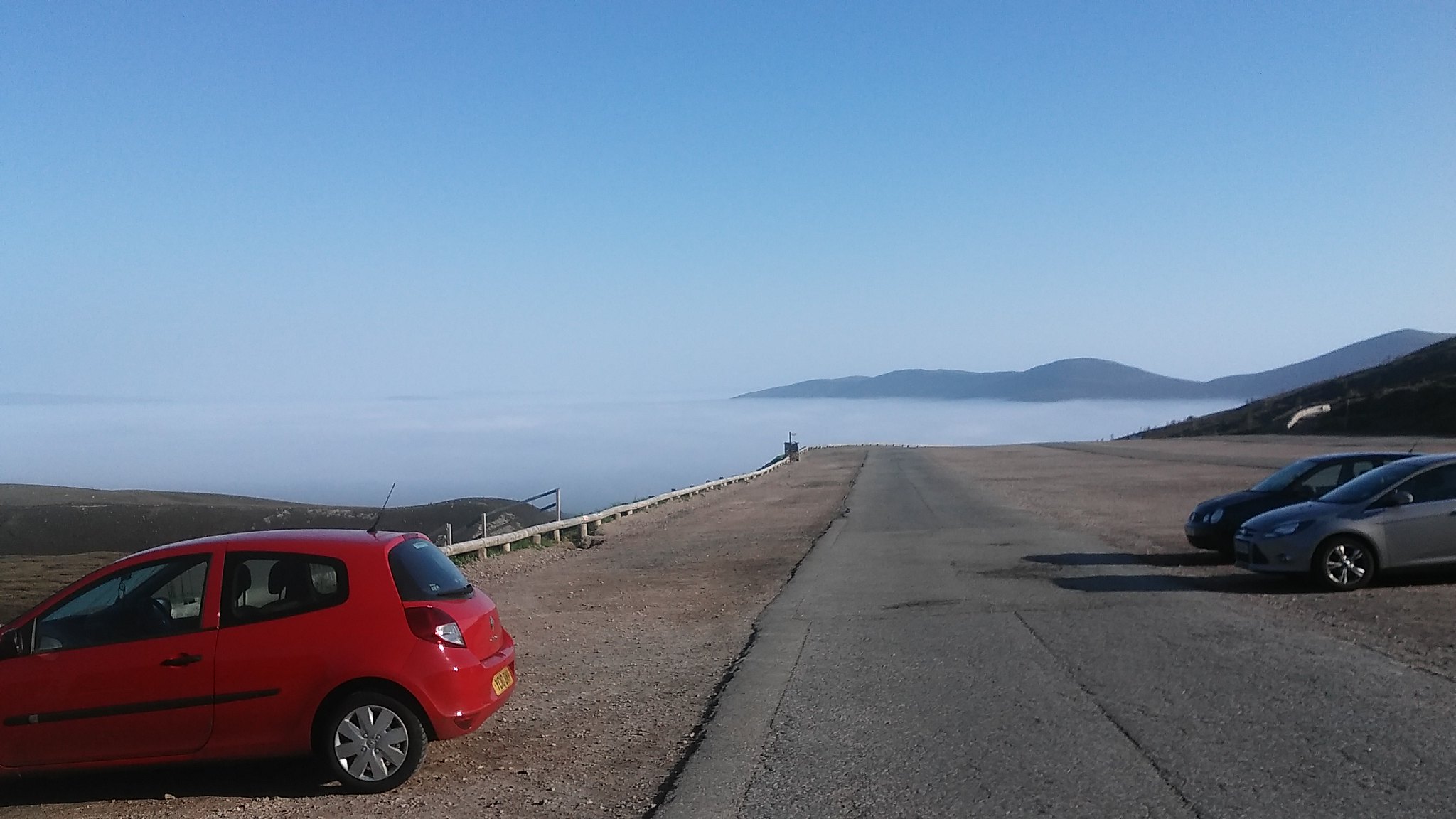 The view from the car park.

We climbed up Cairn Gorm first and although it was a mess, we were early enough to have the place to ourselves. There was lots more to look forward to from standing on top of the hut. The best was to come. I was enjoying Kenneth's company after Glen Nevis, Torridon, An Teallach, and Braeriach all solo in the last couple of weeks. It would be nice to have somebody to share the experience with for a change.

Loch Avon was fantastic and the quietness was a welcome antidote to the pollution of Cairn Gorm. The walk down by the burn as the slope steepened made the idea of not coming back the same way all that appealing.

We didn't spend much time on the small shores at the top of the loch, the flies wouldn't leave us alone. We set off to look for a good place to cross the burn and set about finding the Shelter Stone, which wasn't difficult at all. 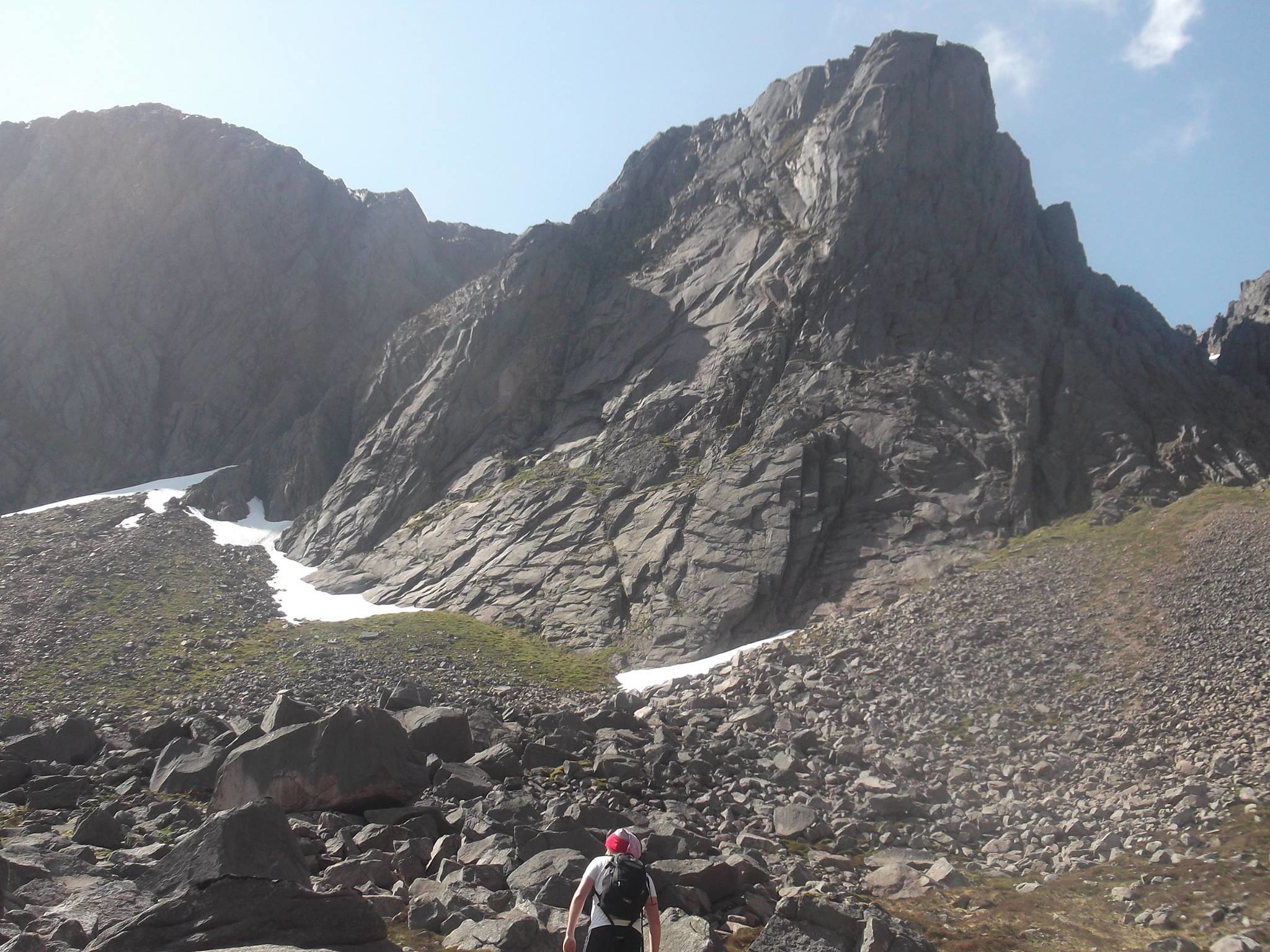 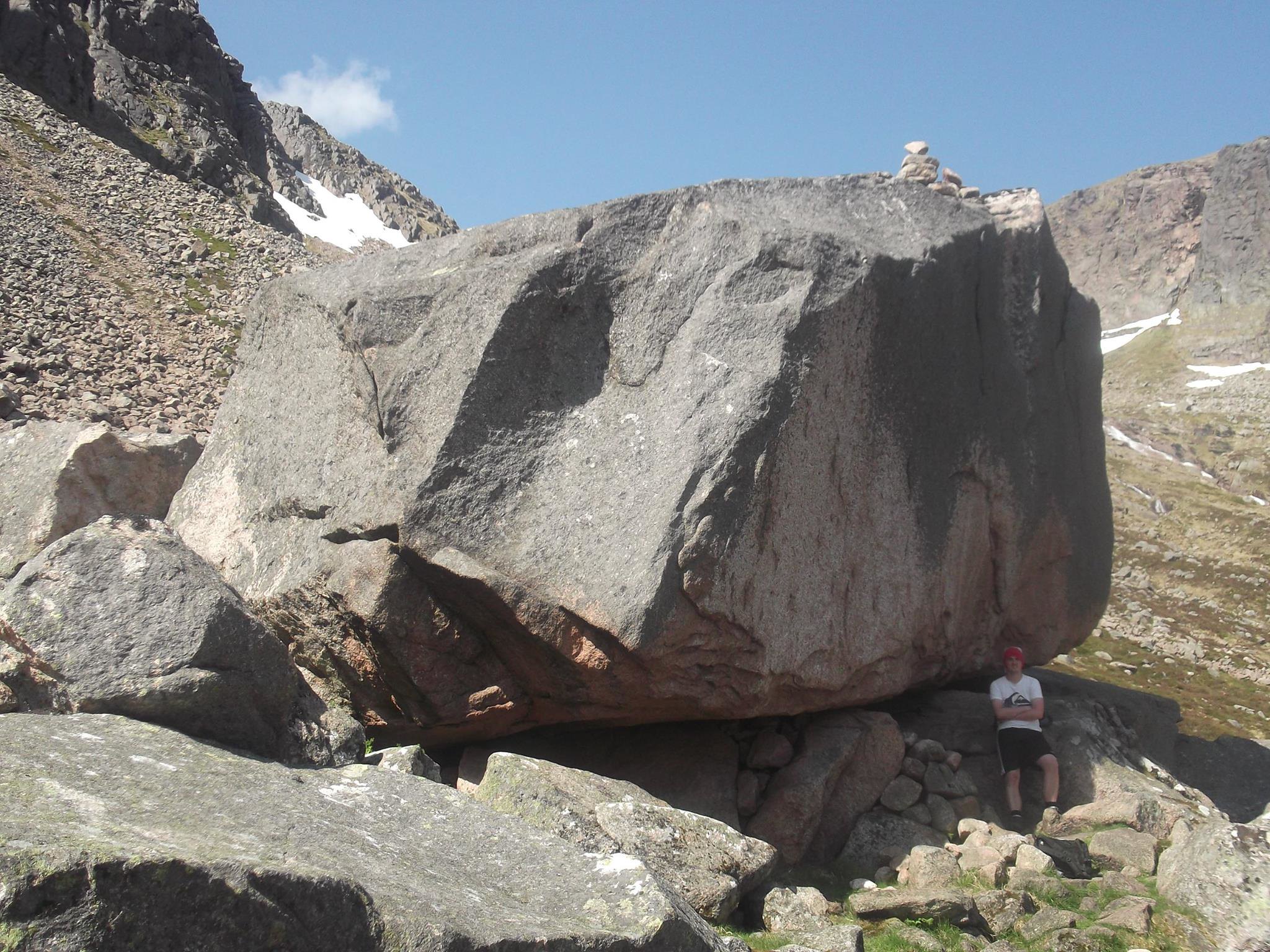 Shelter from the sun.

We climbed up to Loch Etchachan and had our lunch on the slopes by the loch. By this point there were a few different groups approaching the area from Deeside. The path up Ben Macdui from here looked a lot easier going than the steep down and up involved in retracing our route, so we made our mind up to return that way. Neither of us had been up Ben Macdui either. We seemed to be holding up well in the heat too, no serious chaffing or blisters, and made our way on up to Beinn Mheadhoin. Its Martian landscape was a complete change to the scenery of the walk so far. Gone were the black and white cliffs and newly shattered blocks of Carn Etchachan, replaced with a red desert plain and rounded monoliths that looked like they had seen many cliffs and crags disappear into Loch Avon over the years. 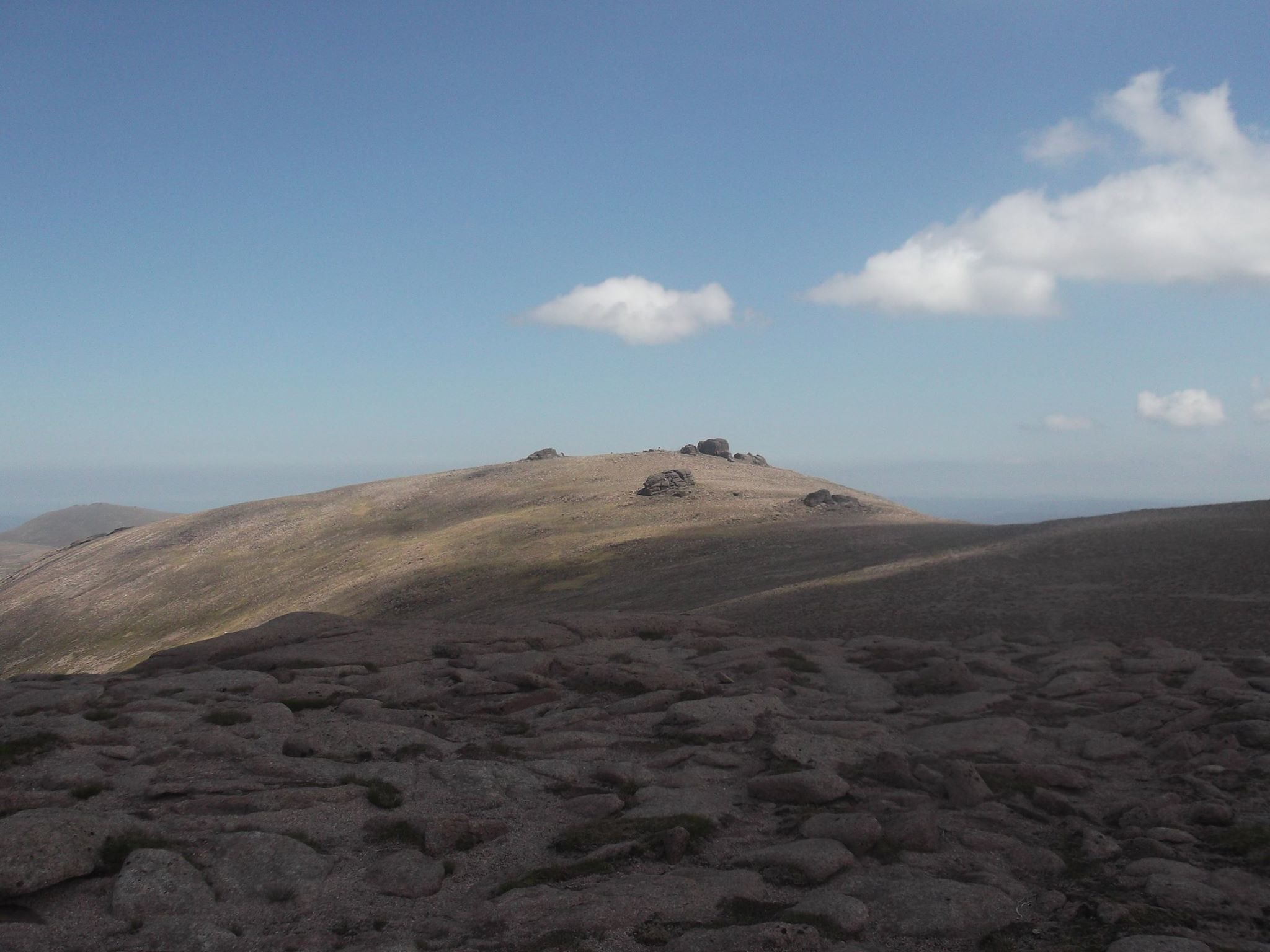 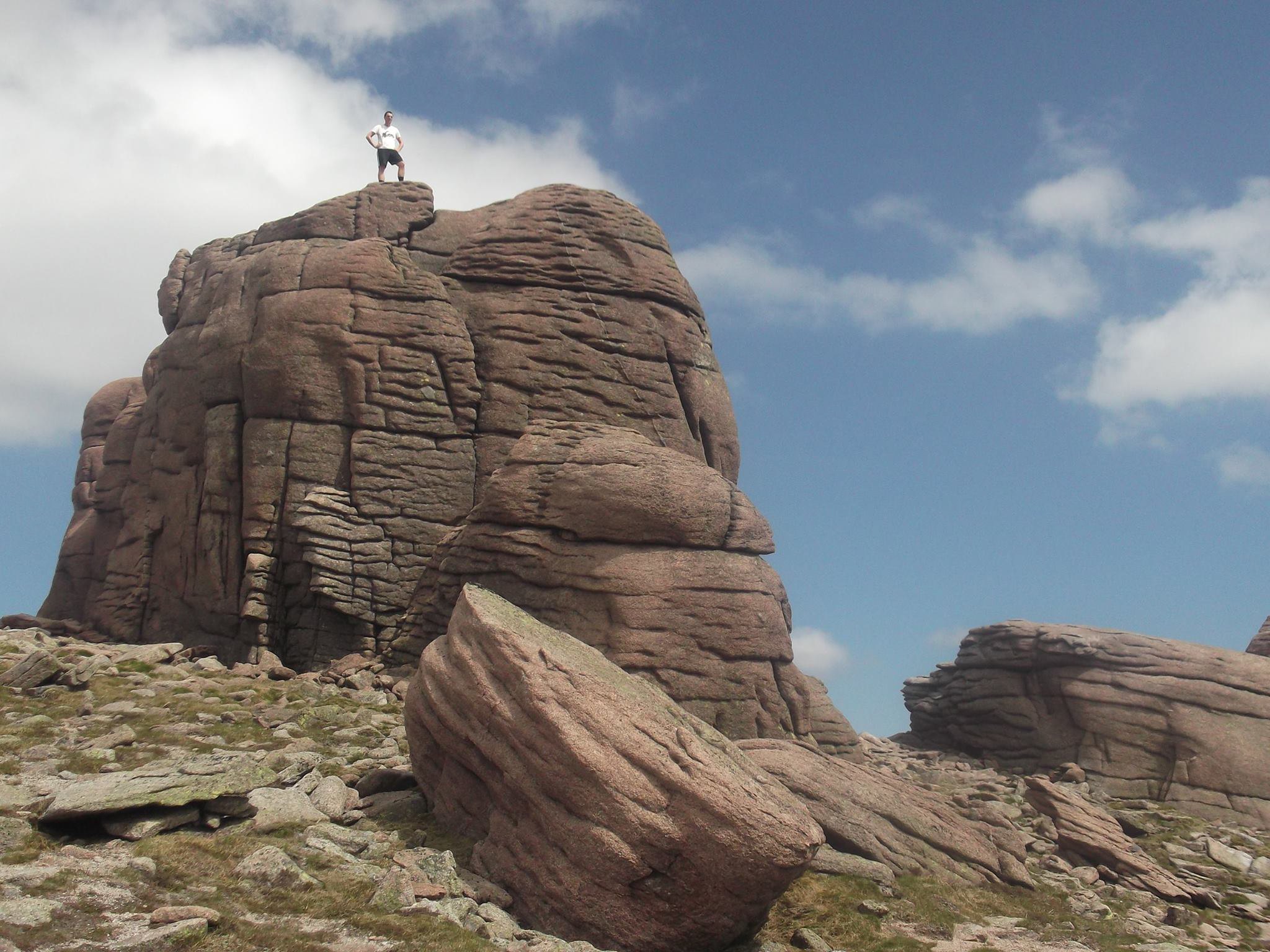 Me, winning at things

Heading back from Beinn Mheadhoin gave us expansive views and some welcome cloud cover. The hills here in the Cairngorms seem like a seascape, deep long rolling waves of hills, occasionally breaking into cliff. 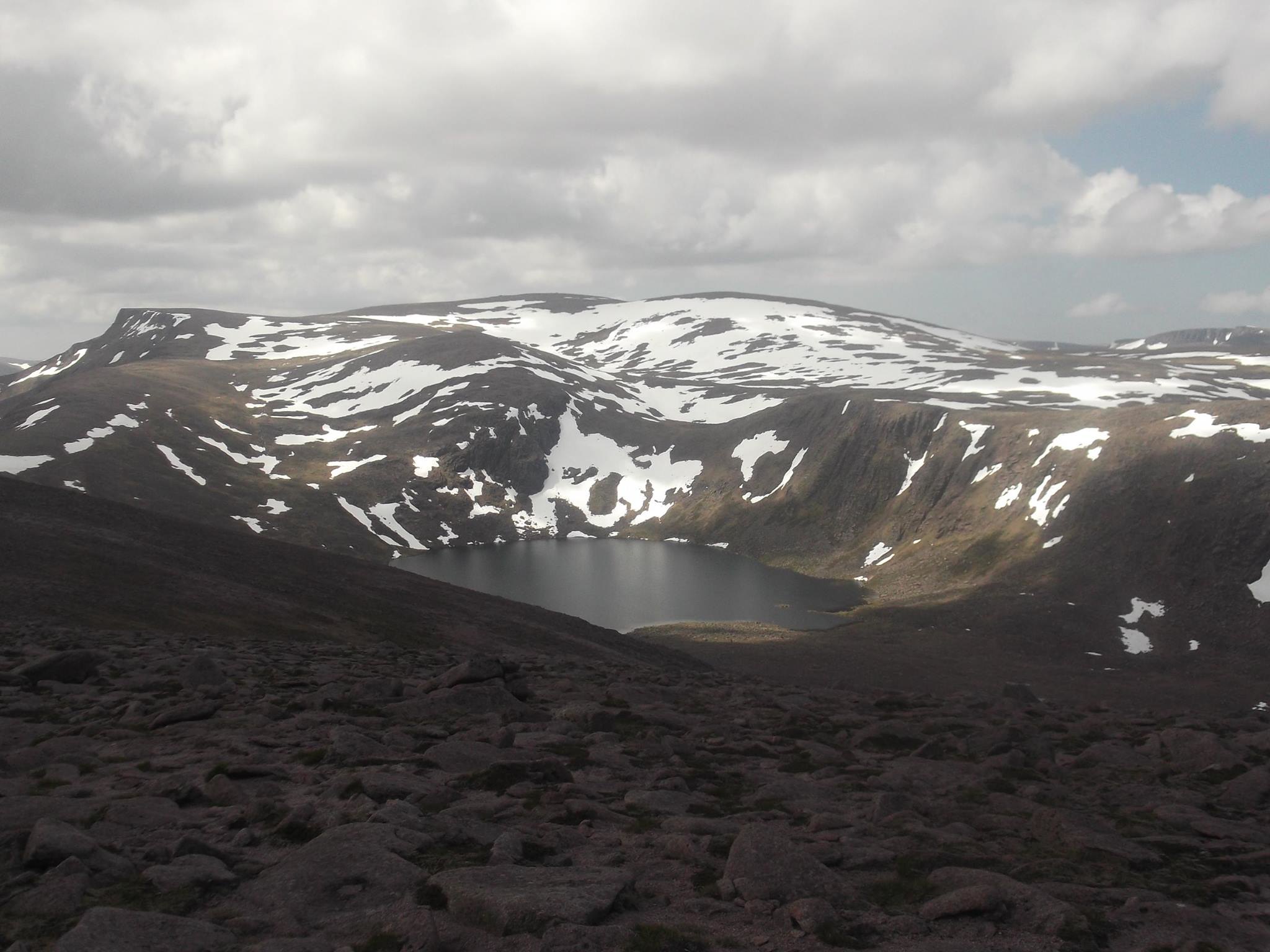 Ben Macdui from Beinn Mheadhoin. The path runs to the left of the Loch. 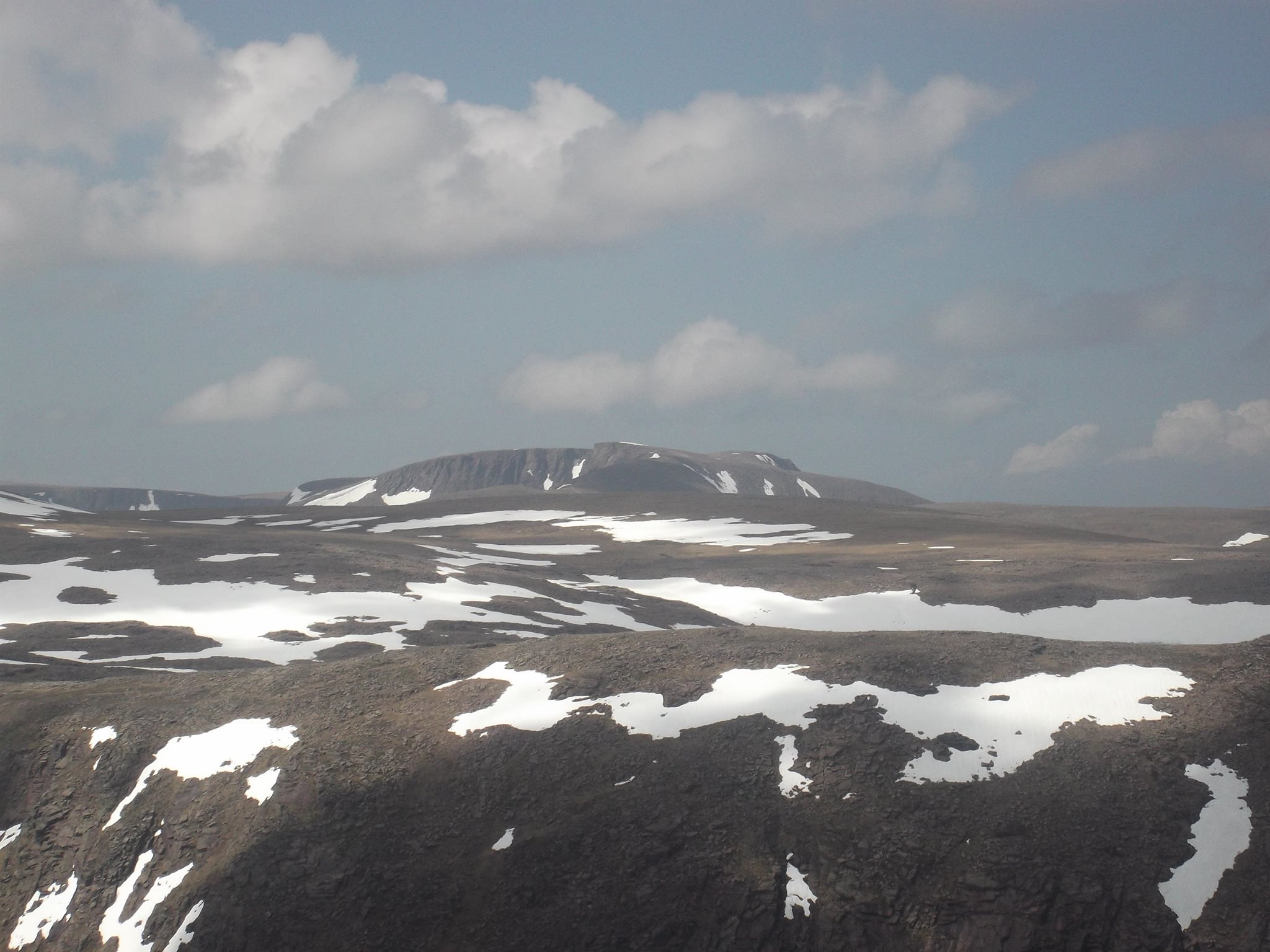 Braeriach from the descent from Beinn Mheadhoin.

Ben Macdui was our first exposure to snow on the walk. The walk up and over Ben Macdui was longer and less interesting, but time flew by and we appreciated the good conditions we'd had to see some special sights.

Across the Lairig Ghru from Ben Macdui. 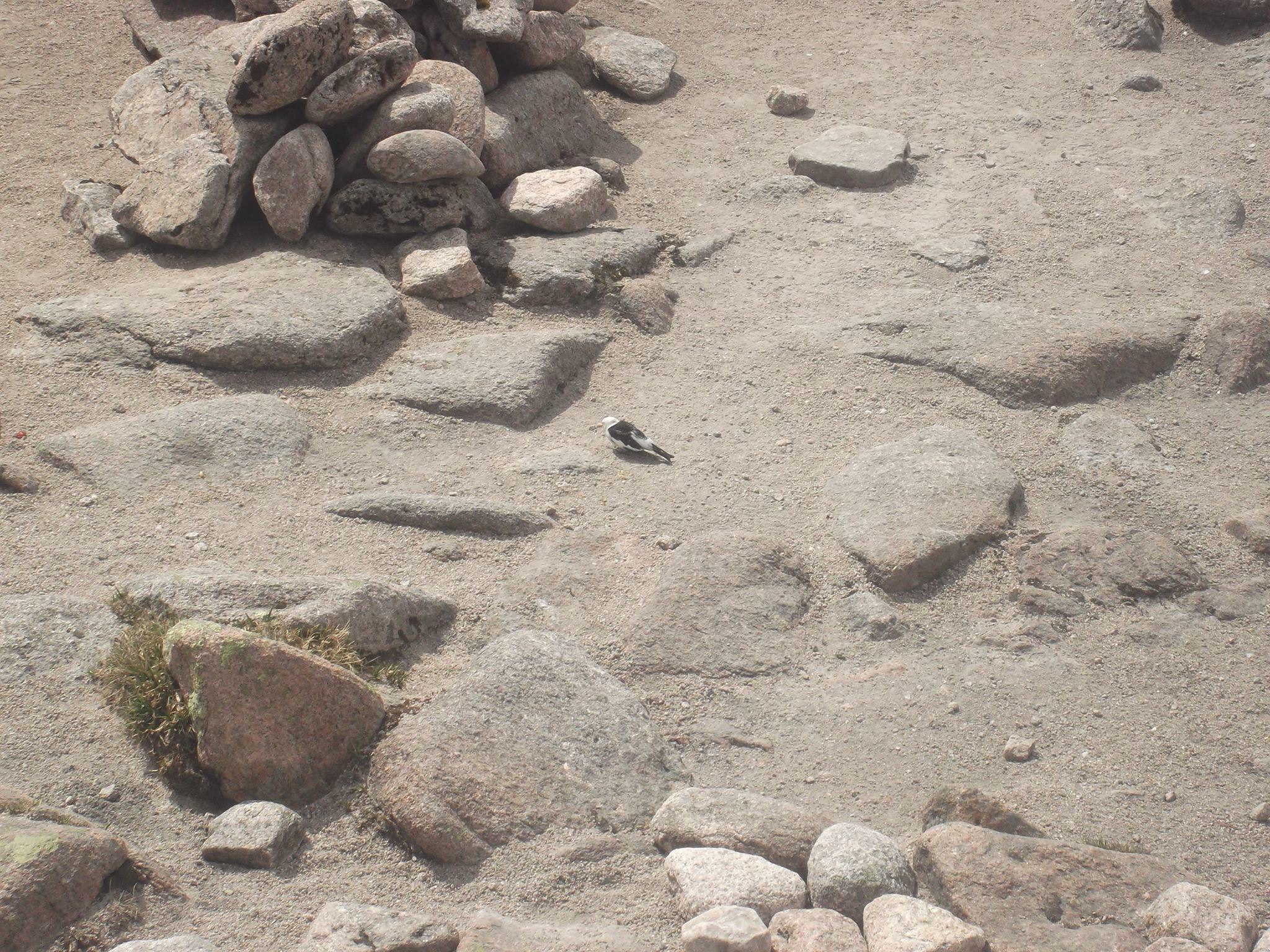