Binnean nan Gobhar.gpx Open full screen  NB: Walkhighlands is not responsible for the accuracy of gpx files in users posts

I didn't have the time to head for the Munros this weekend, but still felt like fitting in a hill, so in search of inspiration I went to my Hills Climbed map, selected All Hills and looked for the nearest one I hadn't done...which is how I ended up in the car park at Cashell by Loch Lomond, just a few miles past a heaving Balmaha; this place was tranquil by comparison. There's a £2 charge for parking (Honesty Box) and a visitor centre which I didn't check out.

There are two paths up and into the woods...a broad forestry track winds up the hill and a footpath that takes you through the mixed woodland. I decided to save the track for the descent, so headed for the path that begins behind the visitor centre. You're soon in amongst some nice woodland, especially at this time of year. 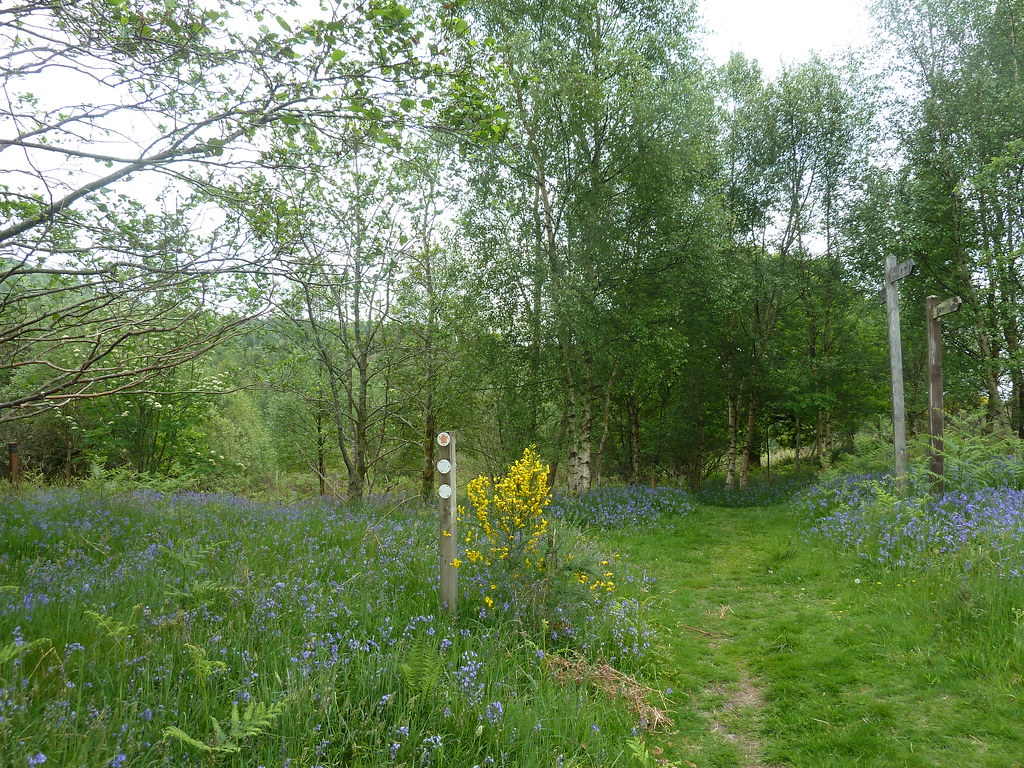 After a bit of climbing the trees begin to thin out and the target for the day hoves into view... 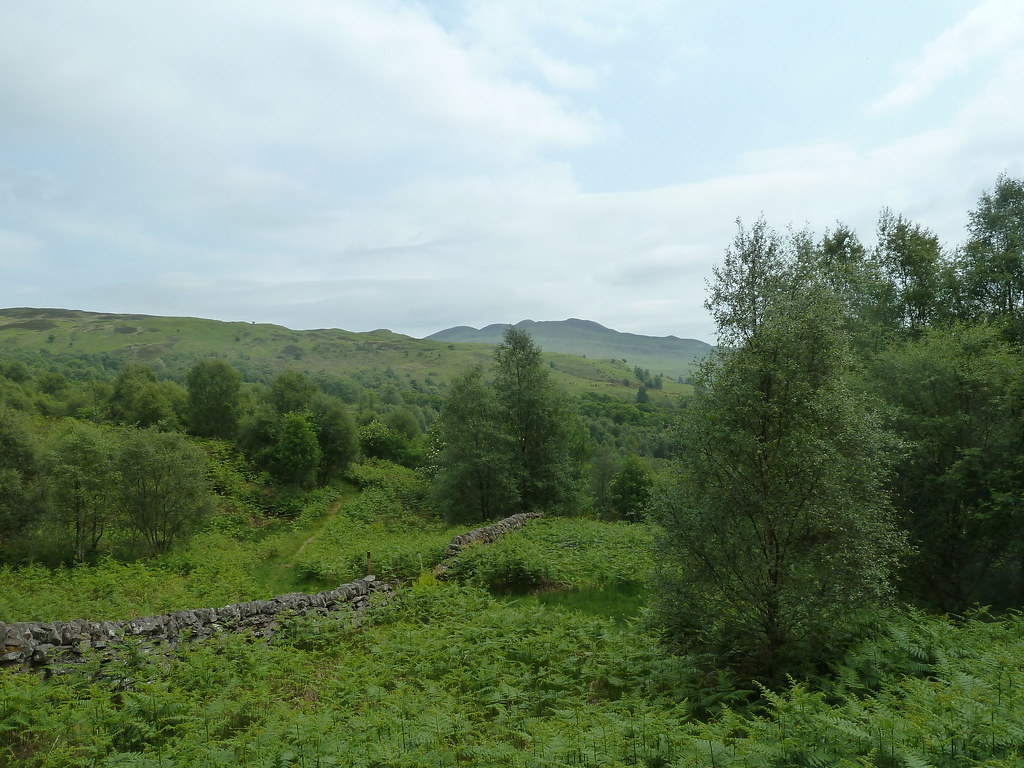 ...but don't forget to look behind you too, because the views of Loch Lomond just get better and better the higher you climb. 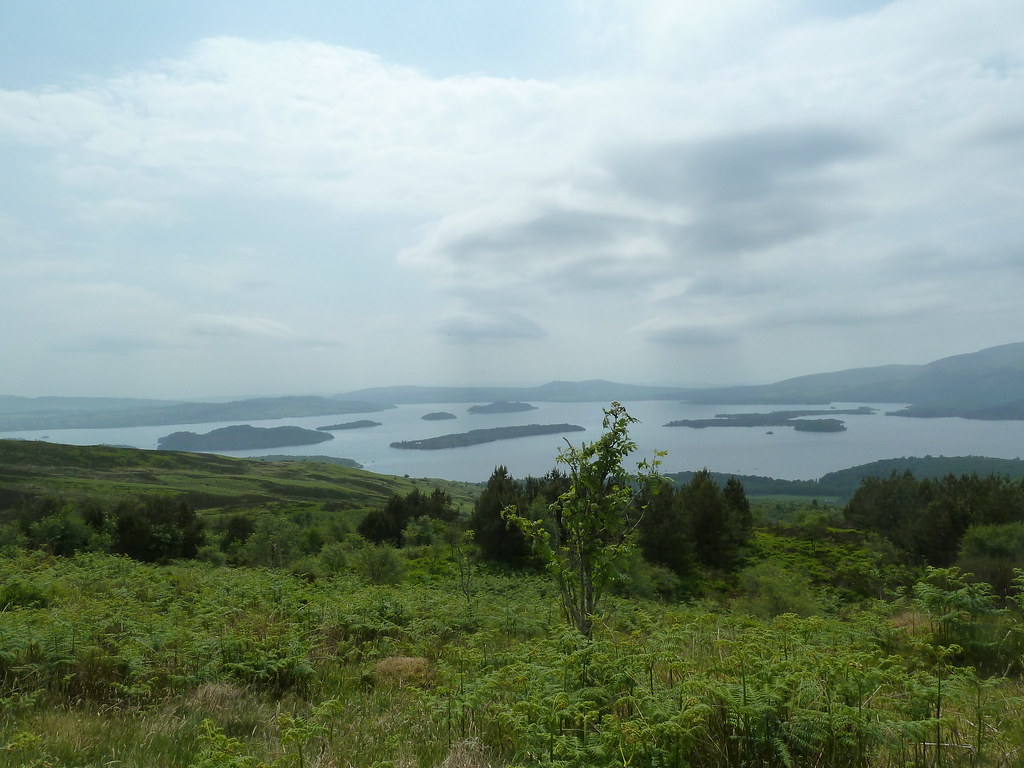 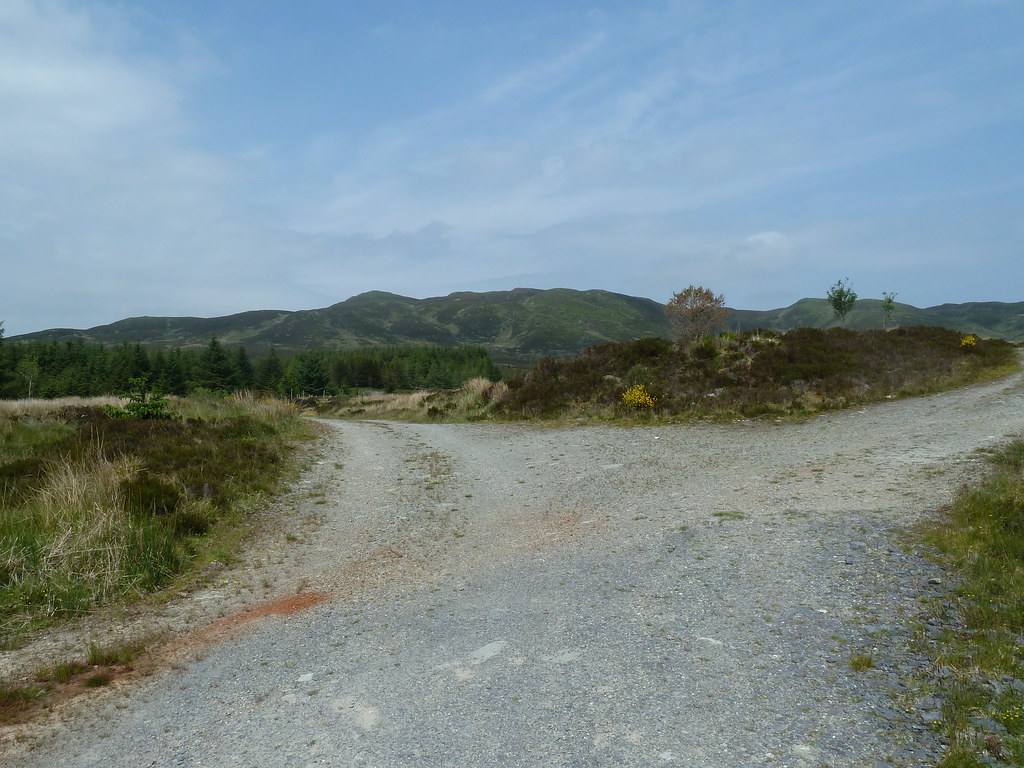 Left here to stay on the track

The track takes you into a conifer plantation. After a while it swings left to cross a stream, but shortly before this take a path that heads off to the right to climb out of the plantation and into the open moor. There are no paths, and the terrain is pretty difficult for walking (heather and long, tussocky grass mostly), so it's just a matter of picking a path and going for it. You can just see Binnean nan Gobhar poking its head above the line of hills in the foreground, so I just headed for the low point in these foreground hills and got my head down. 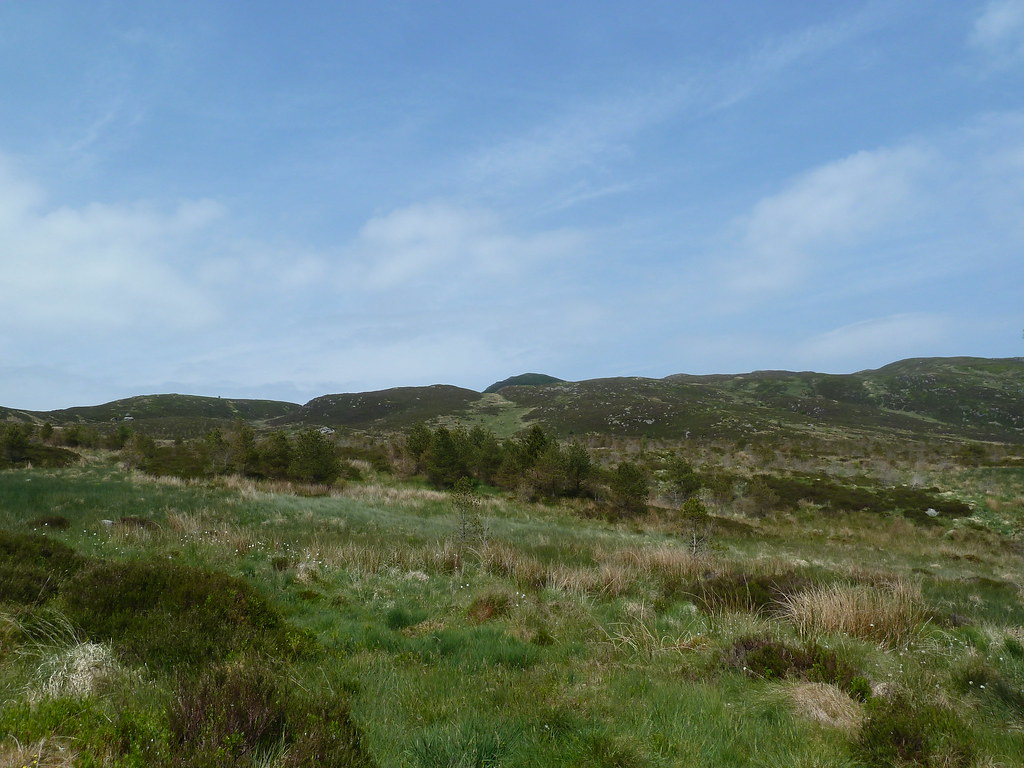 Out of the woods and into the moors

After stumbling across the uneven ground and a brief steep pull up into the hills proper, you get your first close up view of Binnean nan Gobhar...doesn't look much to be honest, but of course it excels as a view point. 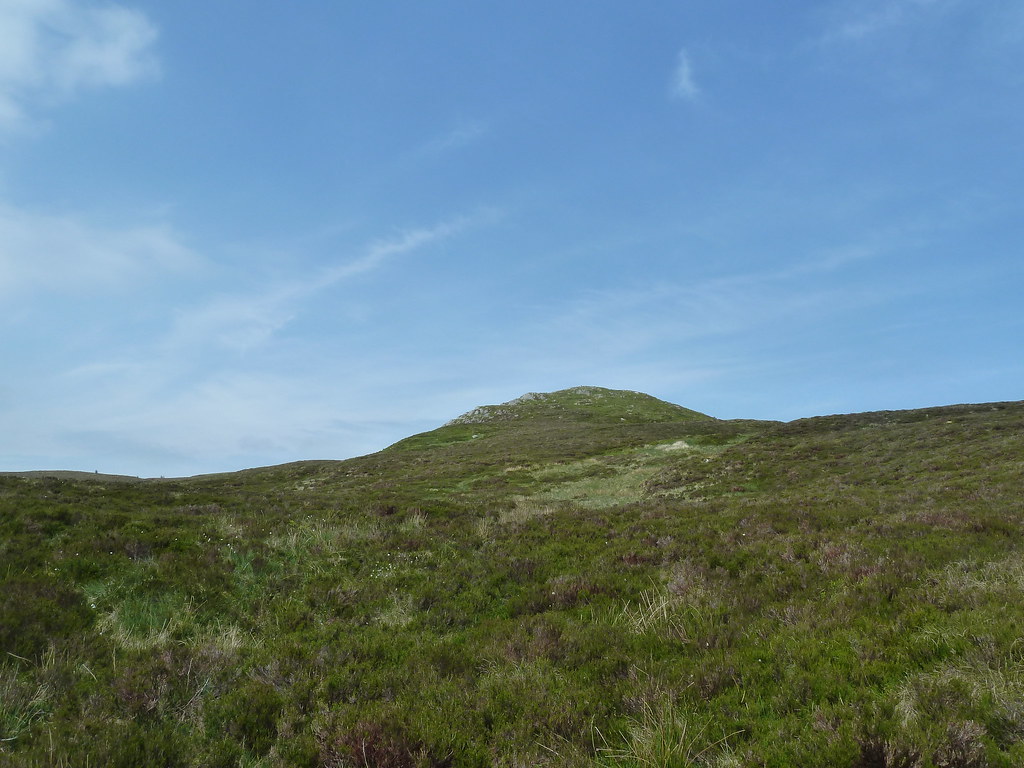 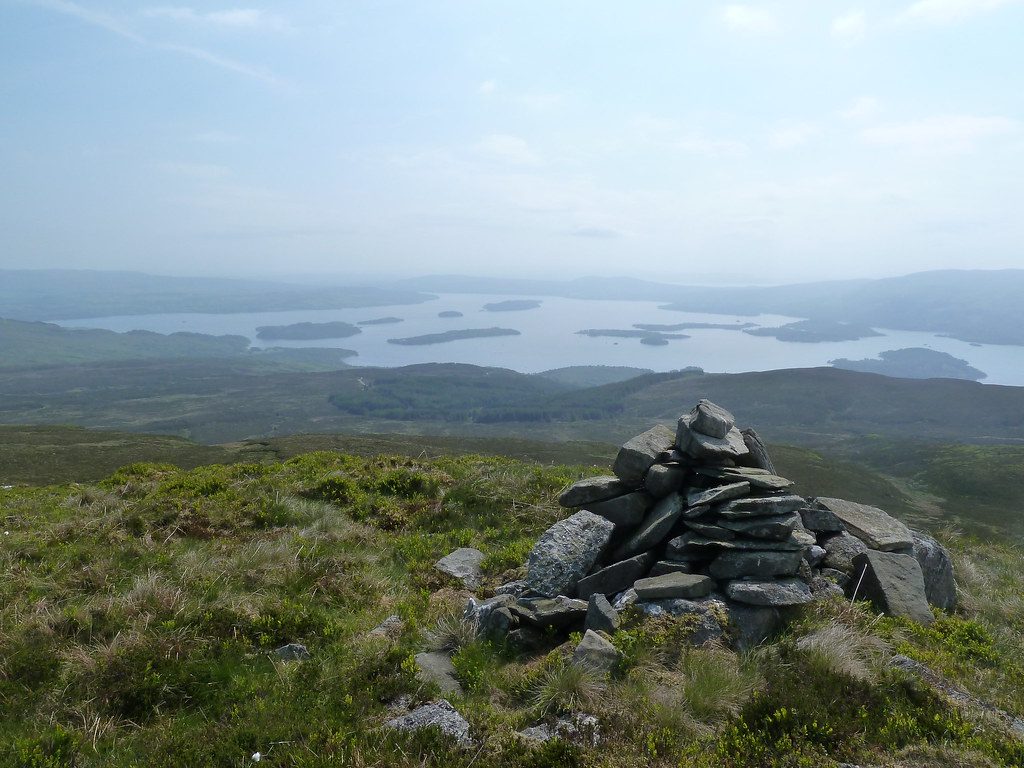 This first top is not the summit unfortunately...look to the north for the true summit of the hill. I suppose you could go round the south top rather than over it, but I think you'd be missing out on a cracking viewpoint and in reality you don't save much doing this...from the south top there's a small bit of descent and then a short, sharp pull up to the summit of the hill. 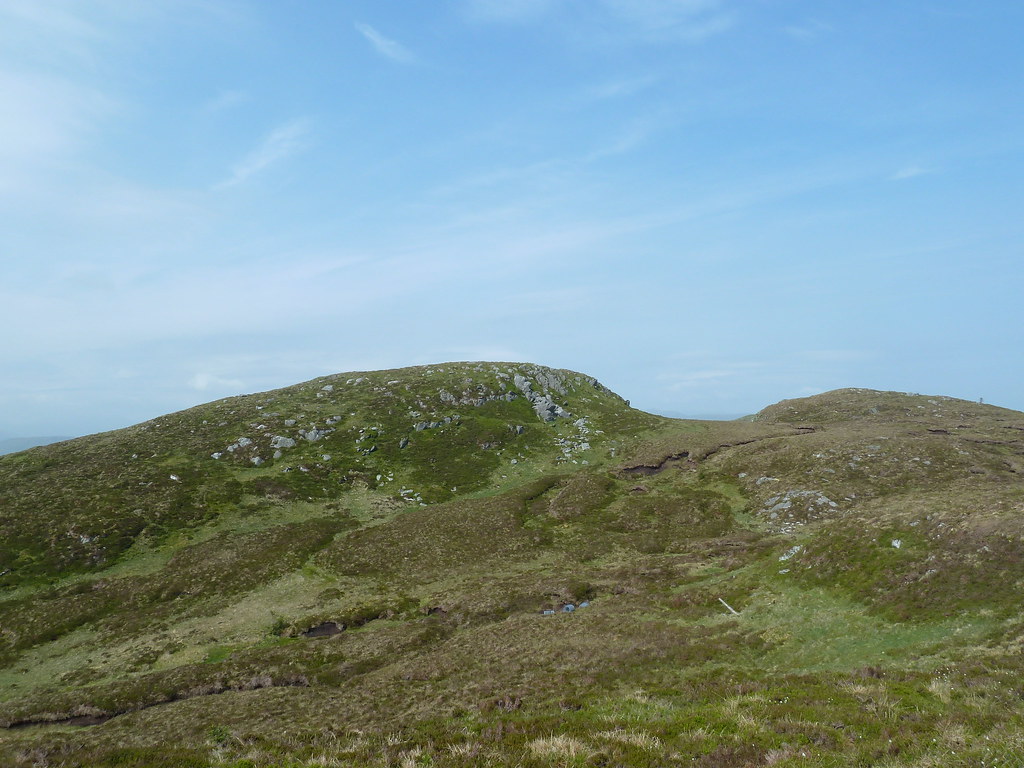 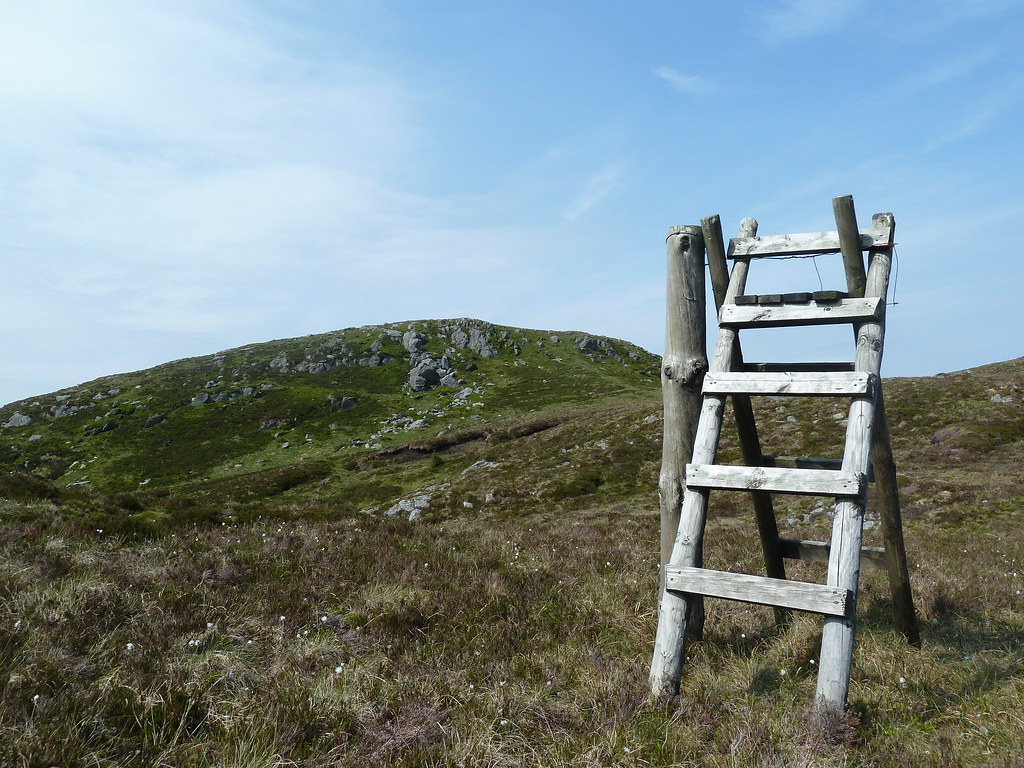 The views of Loch Lomond aren't as good from here (because the south top is in the way), but there are nice views north with Ben Lomond dominating of course, even if visibility was a bit hazy. 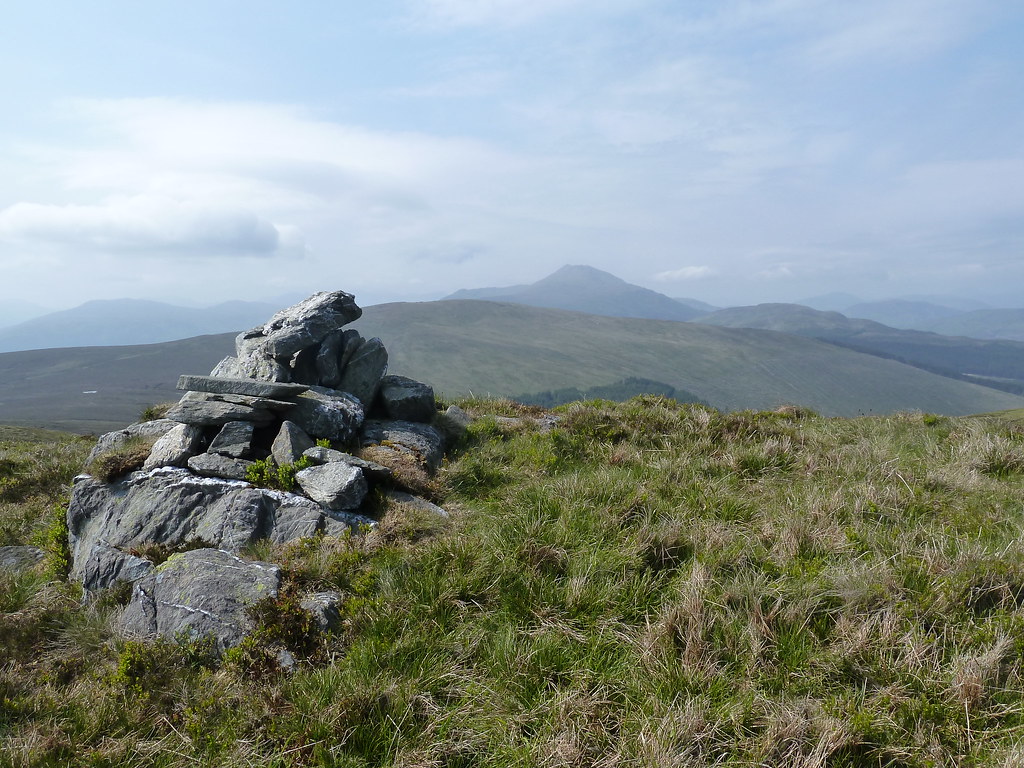 Had a quick bite to eat on the summit, and then decided to visit the neighbouring hill of Beinn Bhreac. It was only ten minutes away (albeit across some nasty looking peat bog) and it had a trig point, which are usually good view points. The peat was just about dry enough to support my weight, so that was a bonus, and in no time I was enjoying the view from the summit. 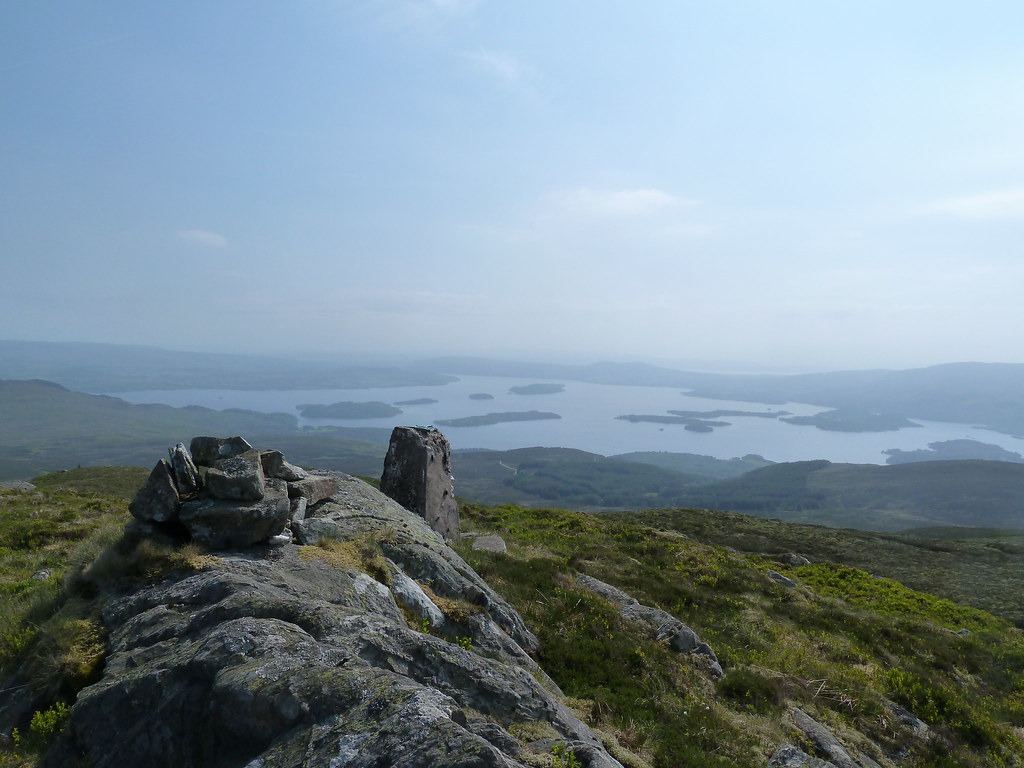 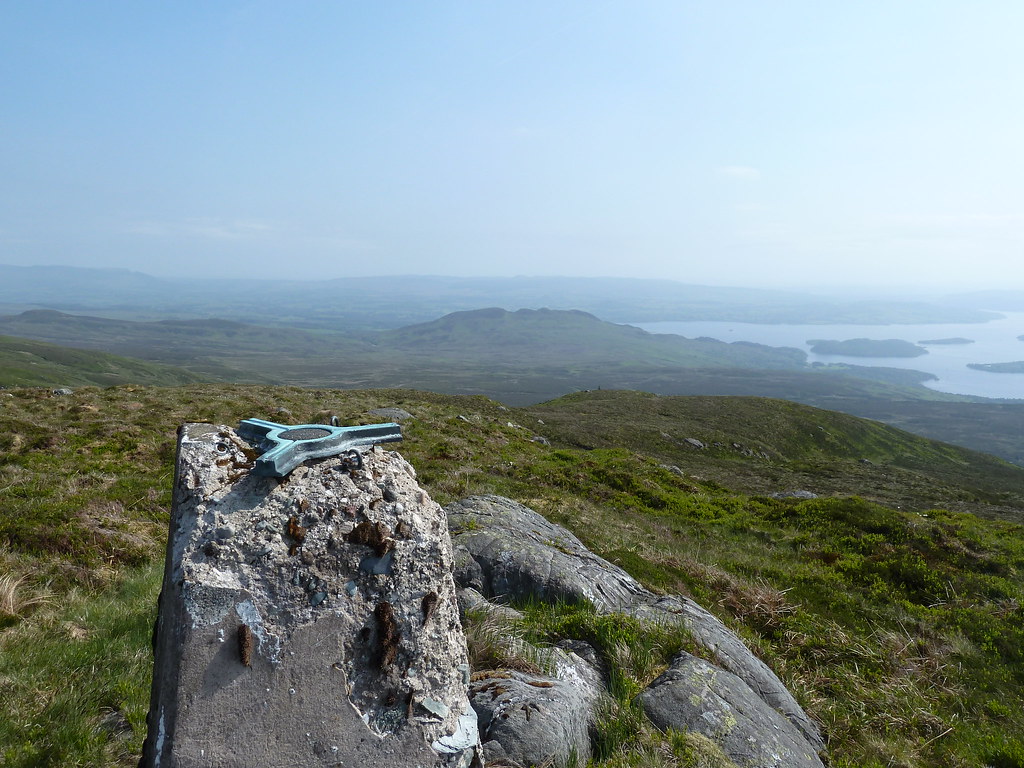 Looking down on Conic Hill 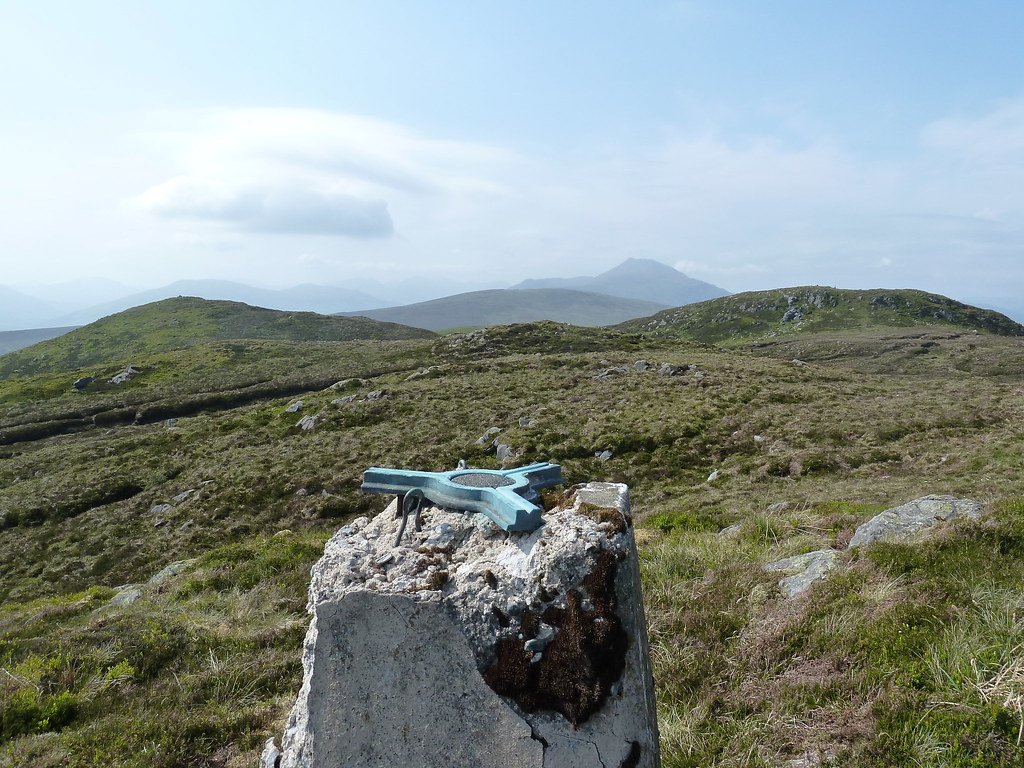 Looking back at Binnean nan Gobhar, with Ben Lomond behind

From here it was just a matter of getting off the hill and across the rough ground as quickly as possible, so I headed back to the plantation track and this time followed it all the way back to the car park, about an hour to get back.

So in summary, some nice walking through the woods, but the open ground on the approach to the summit is not very walker friendly (and I imagine would be very boggy in normal circumstances). The views from the top are what make the walk worthwhile though.