Everybody drools about the sense of scale, the simple vastness of it all, and the scalloped corries falling away to the north.

I’ll just take their word for it.

On one of Scotland’s most spectacular outings, with a good forecast, I saw diddly squat. Not even the iconic buttresses revealed more than a third of their majesty.

The plan had been good: midge net ready when I burst from the tent at 6.00am; the car left up by the Allt Coire an Anmoich for my return; a brisk half hour wake-up cycle back to Cromasaig; raring to go brimming with optimism. The clouds were bound to clear: the BBC, MWIS, the Met and even MyWeather2 promised me I’d need the sun block by lunchtime. 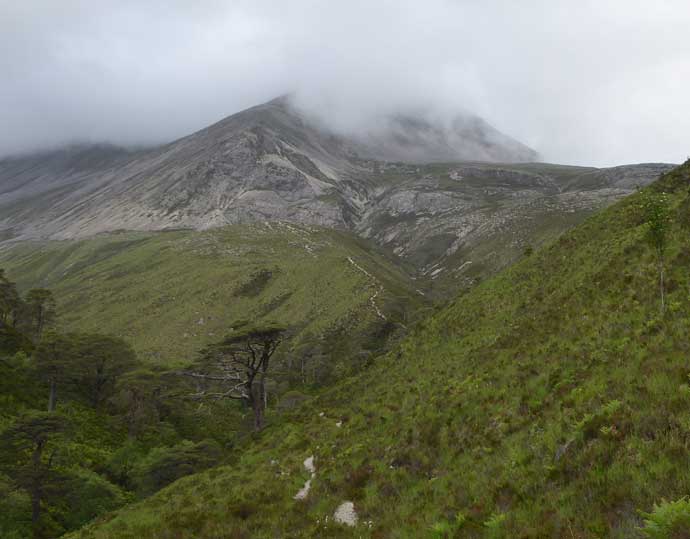 Optimism fuels the prospects for the day - Creag Dhubh is just hiding - and you can see the way up anyway - one way or the other at the slabs - right for a bit of scree-slog, left for a scramble - then it's all ridge

A hint of up-beat brightness beams down on Kinlochewe

But they didn’t, and I didn’t. As a result, this report confines itself to photo captions that reveal about as much as I saw in the nine hours I was out. 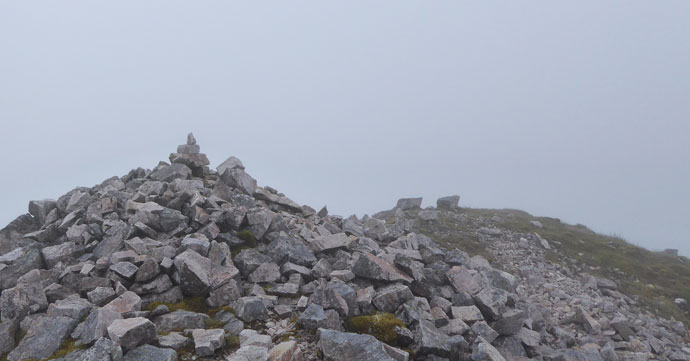 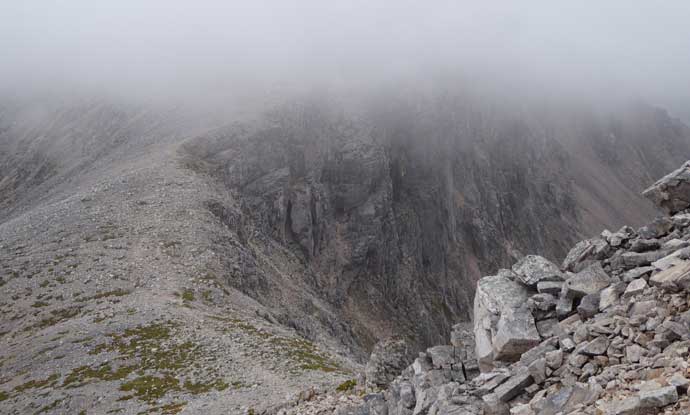 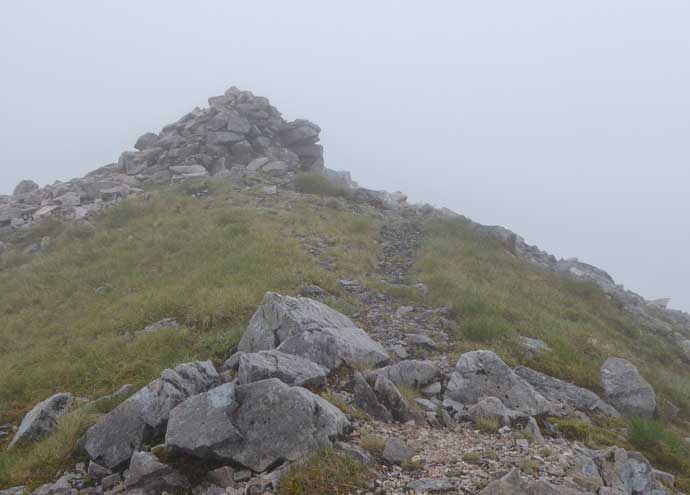 Yes, another cairn in the clag - this one's Sgurr Ban - I only know because I matched the time on the photo with the record I keep on my phone on the way round - there'll be more 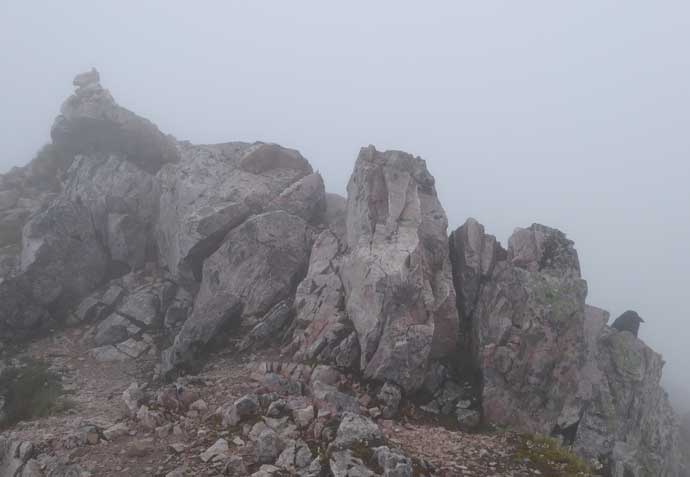 The crafty top of Spidean Coire nan Clach - it's more attractive than the trig point 5m below - wonder how many mist-blinded wanderers have missed it? 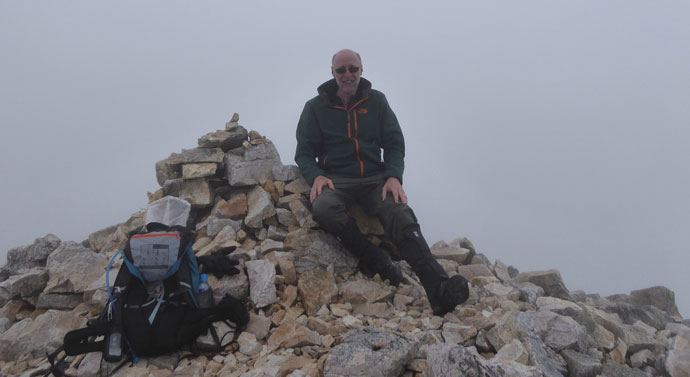 Just to prove I got to the top of Ruadh stac Mor as well - in fact it felt like Piccadilly Circus on top when there were six of us slagging off various weather forecast organisations - one bright thing was still convinced the sun would be shining by 3 - it might have been somewhere in the world, but not here 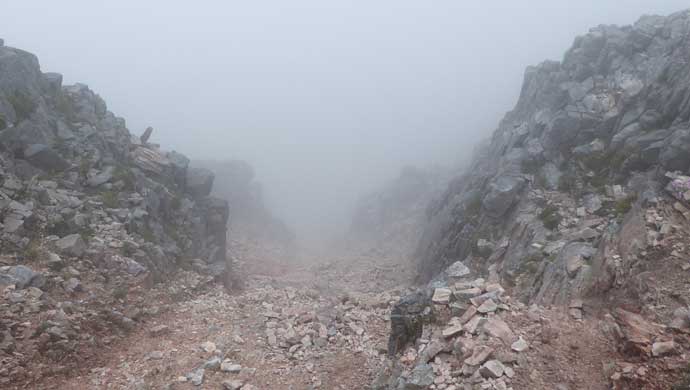 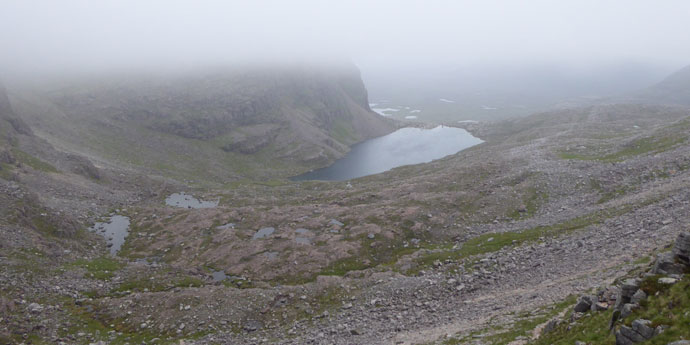 At last, a view - Loch Coire Mhic Fhearchair below 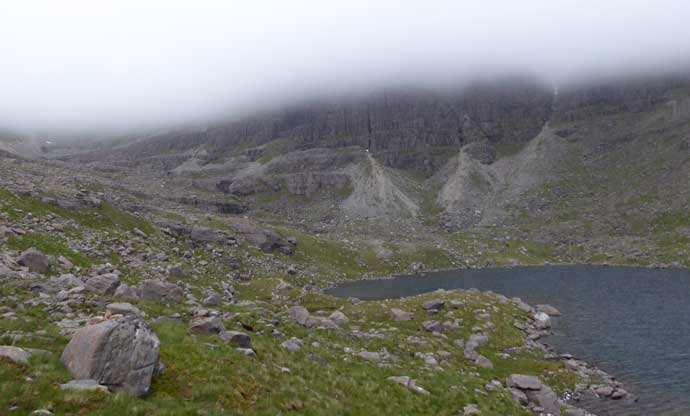 That iconic Triple Buttress - that's what I'd come all this way to see - in my most pessimistic plans the clouds would have taken a wee while longer to clear and still allowed a better view than this.
At least I've got an Anthony Cain watercolour of it on my study wall to prove it does exist

They couldn’t be wrong for tomorrow as well, could they?

And of course, there's always that obligatory frustrating next morning photograph

At least the omens were good for a foray to its neighbour.

Re: Beinn Eighe: a blind traverse

Was it yourself I spoke to in the layby as you were setting out for Liathach?
Saturday was beautiful unfortunately I was going home having done Liathach
the day before again in thick clag

Re: Beinn Eighe: a blind traverse

Didn't see much myself when doing these, but it did clear eventually.