Several years ago a colleague & I did the walk in via Glen Tanar, only for them to decide they had sore feet only one hundred yards or so up the hill. As they were my lift at the time I promised myself I'd return, and so I did!

I came in the longer route via Glen Tanar, but the Glen Esk route might be fun to try another time. This was my first munro in a few years and one of longer routes in recent years. In addition I was carrying everything for an overnighter plus plenty of water as I anticipated the sun breaking through, which it did on both days.

Since I was overnighting up top I was in no rush and so I treated myself liberally to several rest stops and the occasional fifteen minutes of dozing off, listening to the river running or the gentle breeze.

The initial walk in was easy enough since as a working estate it's mostly landrover track. I felt the actual hill path was decent enough & but when I got nearer the summit it felt to me to be a long pull up the last few hundred metres. Possibly the heavier rucksack & relatively gentle walks to date may have had something to do with that. I certainly rediscovered the relative joys of lactic acid build up in my calves. 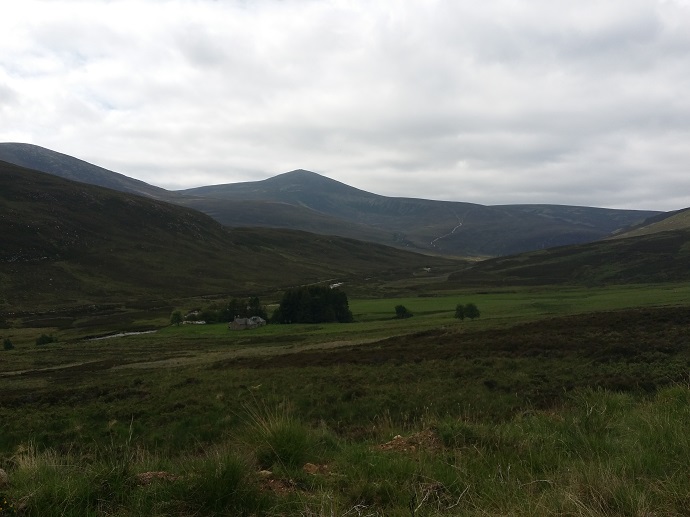 View down the valley I arrived at the summit ~ 14:30 and spent an enjoyable few hours just taking in the sun, the fresh air & the scenery. I wandered around the hill top a few times partially to make sure my legs didn't seize up but also to look for grassy enough spots to camp out. Mt Keen is very rocky, but a few spots do present themselves. After my last overnighter up Bennachie I upgraded my sleeping mat to a lightweight self inflating trekking one.

This was a very good idea & I was able to rest in ease in the sun in comfort. As it was the weekend & a nice day lots of folk came up the Glen Tanar & Glen Esk paths. Several folk who stopped to chat did say I appeared to look very comfortable & so I was! It began to cloud over shortly after 18:00 and so I got my dinner on the boil to get some hot food in me. Chilli con carne & chocolate sponge for dessert... not too bad to be honest. Afterwards I hunkered down in the sleeping & bivvi bag combo, since with no view I reckoned i may as well as get an early night. I was very toasty, not once waking up due to the cold. I only woke up once or twice due to the mouth of the bivvi bag occasionally flapping on my face until I pulled it back over my head.

In the morning I was, at first, underwhelmed with the view... ...until I turned around! 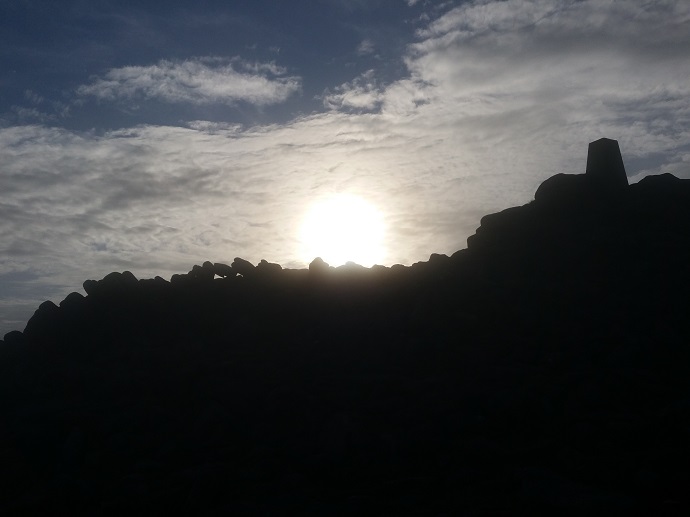 It was misty, cold & windy so I decided not to hang around. I broke camp & began a sedate plod off the hill and back along the Water of Tanar. I took a few pictures on my way down which suggested it would a good day for the walkers I passed who were heading up. 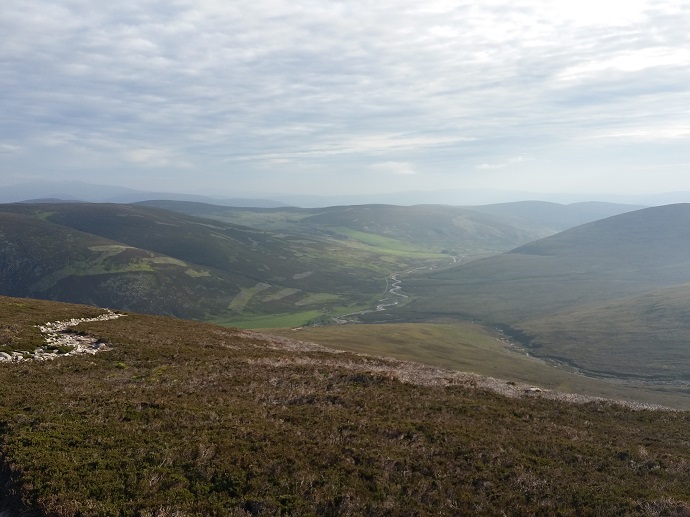 Call me old fashioned but wouldn't it make a wee bit more sense for the sign to be at a fork in a path, rather than a few hundred yards up the hill? Ach, it's not my estate, so I won't worry myself. I missed this on my walk in, but took a picture to see if I could find the root of the poem. 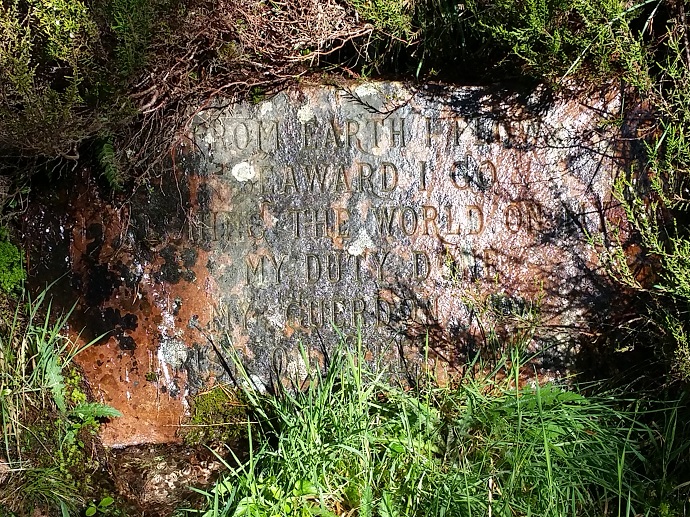 "From earth I flow, seaward I go,
Refreshing the world on my way.
My duty done, my guerdon* won,
I rise on celestial ray.

Drink, weary traveler, in the Land,
And on thy journey fare
‘Tis sent by God’s all giving hand.
And stored by human care."

Users browsing this forum: Alan B, chazzyboy19 and 37 guests