Friday afternoon I'd had a miserable journey to Snowdonia. First I had 2 and half hours on the train from London to Stourbridge where I borrowed my folks' car for the onward journey. Normally the drive on from the West Midlands only takes about 2 hours but this time had taken over 4 due to traffic chaos in Shropshire where there had been a serious accident earlier in the day.

For Saturday I had the Moel Hebog ridge in my sights. It would have been nice to join the WH group doing the Snowdon horseshoe but I've foresworn any serious scrambling terrain this side of my wedding in August. As it happened though, both Moel Hebog and the Nantlle ridge on Sunday provided a few spots of enjoyable exposure - more than I had expected. My main objectives for the weekend were to bag some new tops and to test my hill fitness for a planned week in the Alps right after my honeymoon in September.

The route up to Moel Hebog is quite a steep slog. There is some easy scrambling on the final stretch. At the summit I was surprised how cold and breezy it was for a summer's day and my hat and gloves came on. Heading over to Moel yr Ogof I could spy the cave where Owain Glyndwyr supposedly hid. I saw Henry the IV Part I for the first time in my life earlier this year and with a picture of Glyndwyr in my mind I could imagine his retreat to these slopes.

The cleft in the rock on the way to the top of Moel yr Ogof is pretty remarkable and a highlight of the walk. As I continued on towards Moel Lefn the weather cleared somewhat and I had good views over to Sunday's objective, the Nantlle ridge. The descent through the Beddgelert forest was not the most straightforward but I found my way down eventually!

This route has plenty to recommend it. There's an interesting mixture of terrain, some fine views do open up when the clouds clear and I think over the course of the day I only encountered three other walkers which ain't bad for a Saturday in high summer. 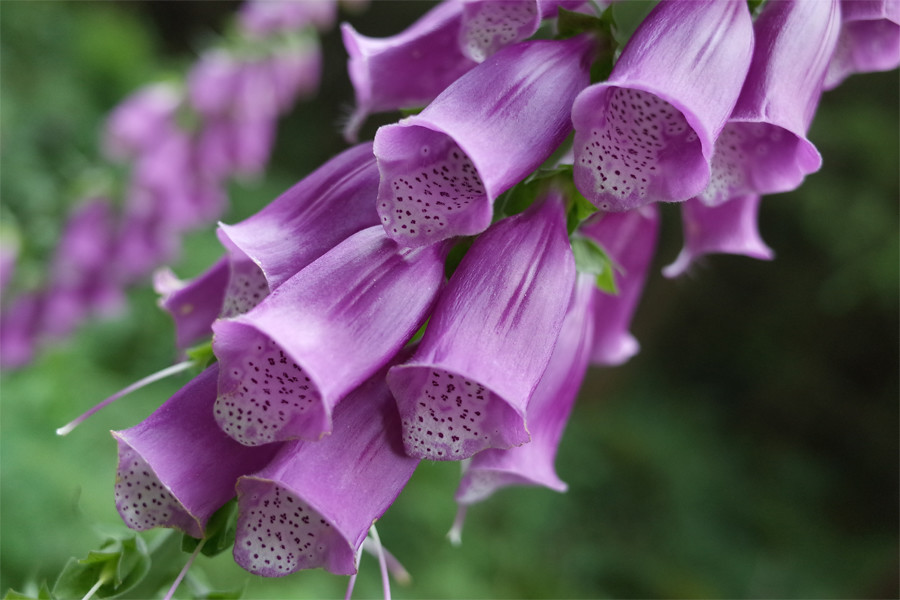 
I was up and off early on Sunday morning having hit the hay before 9 the night before. I'd planned to drive up to Capel Curig for the quiz and dinner on Saturday but was shattered and I think a little dehydrated (foolishly I'd drunk less than a litre out on Moel Hebog which probably explains my awful headache on Saturday night).

Gaining the Nantlle ridge involves a steep climb to Y Garn from whose rocky, cairned summit the rest of the ridge opens up invitingly. Mynydd Mawr is also in full view. (After the excitement of Cyfrw Arete and Tower Ridge earlier this year I've got Mynydd Mawr's Sentries Ridge high on my tick list). The next section, across Mynydd Drws-y-Coed and Trum y Ddysgl is the most enjoyable part of the day with some straightforward scrambling across fairly steep and exposed ground. 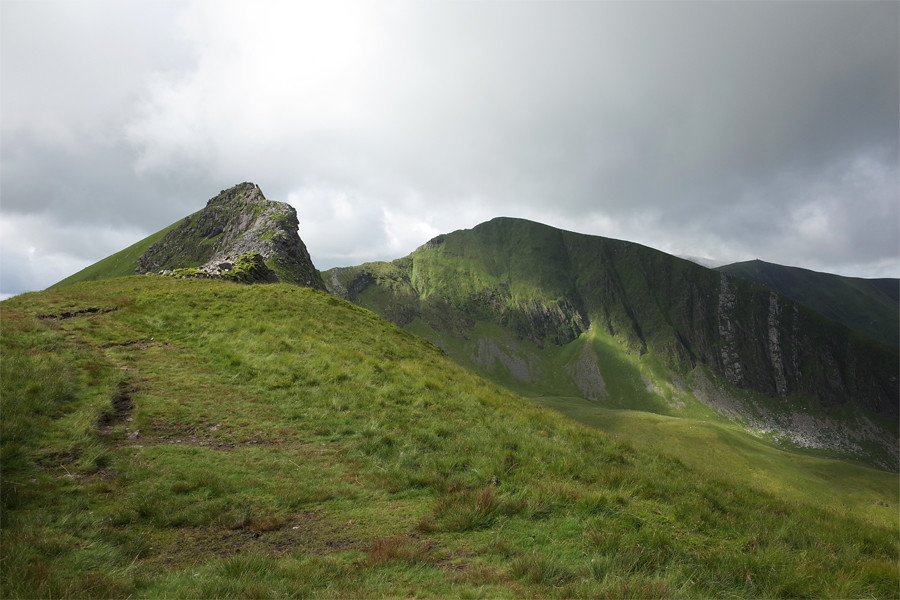 
At the obelisk on Mynydd Tal-y-Mignedd I stopped for my lunch before heading on over to Craig Cwm Silyn, the high point of the ridge. From here, it's only a short hop over to the trig on Garnedd Goch. Leaving Garnedd Goch I spotted a walker ahead of me and followed their tracks over to the final summit of Mynydd Graig Goch. The latter is Wales' 'new' mountain. For a top that barely nudges above the 2000ft contour it's a rocky and interesting summit and well worth including in any traverse of these hills. 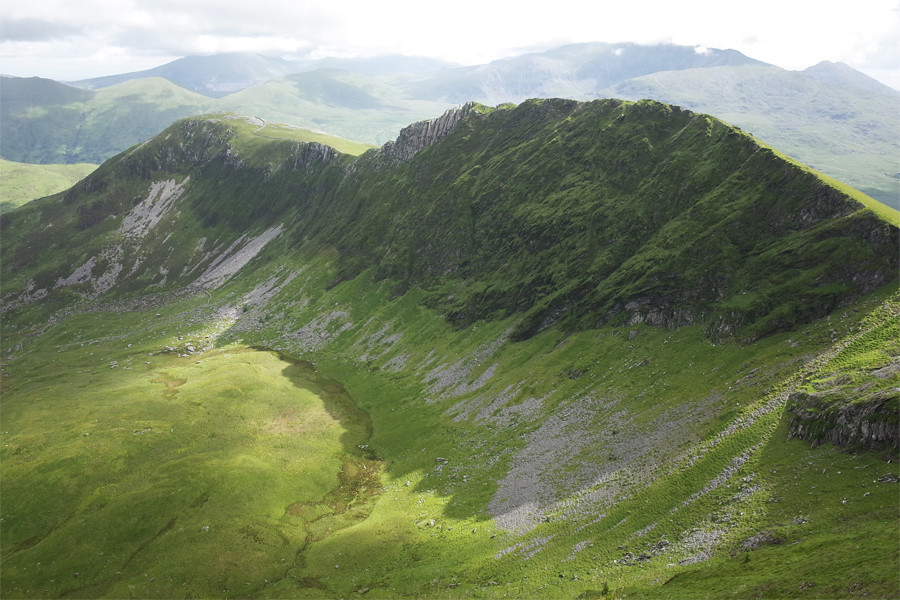 
By the time I reached the sleepy streets of Nebo the sun was blazing and I sat in warm sunshine on a wall waiting for a pre-booked taxi to whiz me back to Rhyd Ddu. I had decent Vodafone reception across the entire ridge so you could easily hail a taxi during the day if you wanted to. 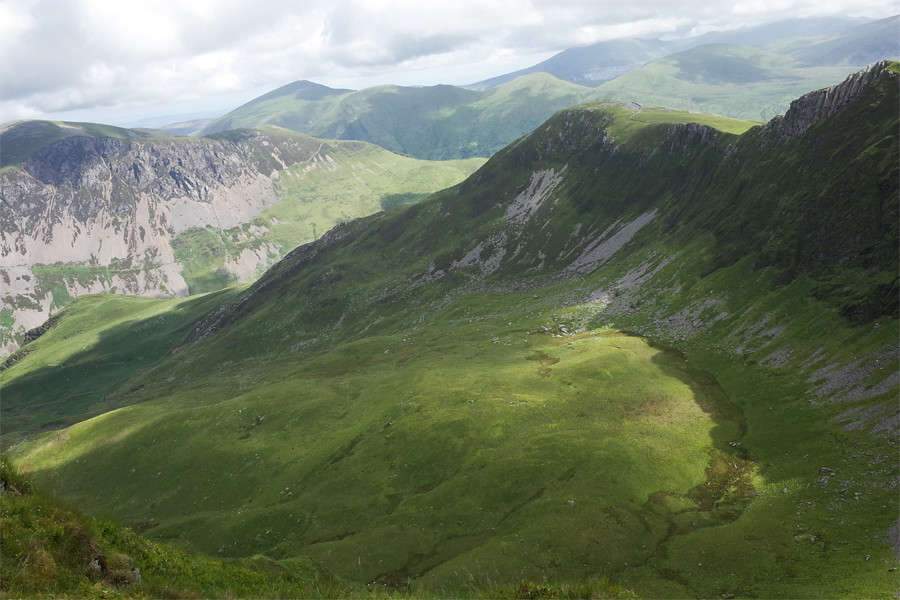 
This was a great day out and the Nantlle ridge thoroughly deserves its reputation as among the finest hill walks in Wales. As on Hebog I'd pretty much had the hills to myself. I'd spotted a few other walkers some distance away from me but was only close enough to one other walker all day to actually say hello to them. 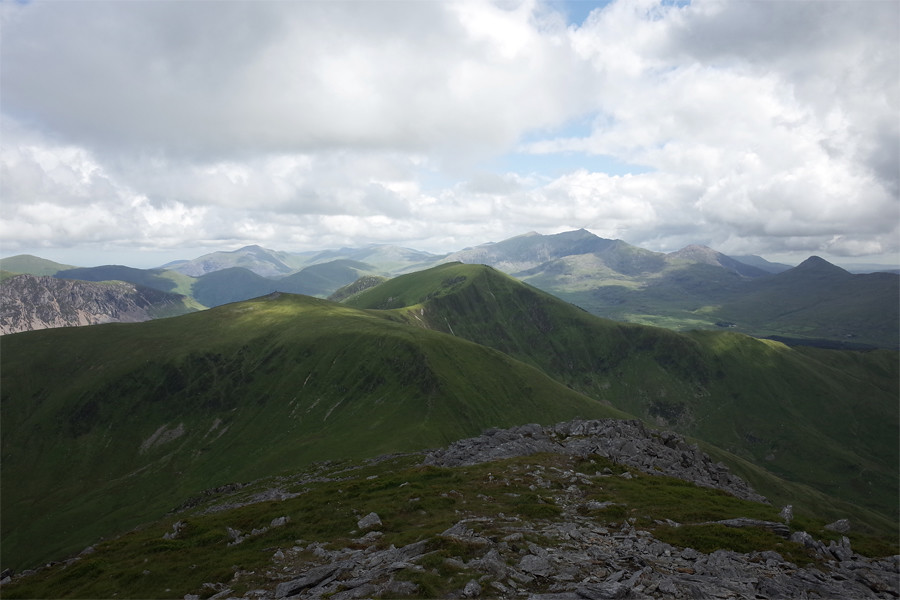 
Being so much more accessible to me than the Highlands, the slopes of Snowdonia increasingly feel like my 'local' mountains. It was a pleasure be among them for a couple of days and a shame not to manage to catch up with the WH crowd in Capel. Monday morning, before driving back to the W.Mids I had a pleasant stroll through the gear shops in Betws where I managed to pick up a 1:50 map of Arolla in preparation for my first Alps trip in September.

moelhebog.GPX Open full screen  NB: Walkhighlands is not responsible for the accuracy of gpx files in users posts

nantlle.GPX Open full screen  NB: Walkhighlands is not responsible for the accuracy of gpx files in users posts

These are surely very fine hills. You got some great pics there too.

Did you consider combining the 2 routes? That's also a fine walk, especially the Cwm Pennant valley, which is like a mini-fairy land, being completely hidden from the approach by the topography. Hope to camp up there with my grandsons a bit later this year....

Thanks. I read some reports of combining the two routes but decided it would be too big a day for me. Cwm Pennant does sound great though.

Shame you couldn't have joined us in the Bryn Tyrch on the Saturday night.Looks like you got a far more enjoyable day on the Nantlle Ridge than I did 24 hours later!

A couple of cracking days there Riverman (well deserved after that drive up there) Stunning shots of some beautiful hills, and I'm with you on 2x15km rather than 1x30km...I wouldn't be enjoying 30km in a day I don't think