After our failed attempt to complete the round of Mullardoch in two days, we returned on Sunday to bag the remaining two summits. We parked at Chisholme bridge and set off up the well made path/road in good weather. After a few kilometres the constructed road stops and the route continues along a stalkers path that was very boggy. En route we passed one old chap who said he was also heading for the two tops, we pressed on talking and not paying attention, so we missed the track junction (marked by a very small stone cairn) heading up the Allt Toll Easa. Once we realised our mistake rather than retrace our steps we decided to head straight up the steep climb towards Creag na h - Inghinn with a view to scrambling up onto the ridge then on to Tom a' Choinich. However, once we got into the rocky section near the top we found too many sections where wet grass and soil were still clinging to the rock, making it impossible to get effective purchase on the rock and increasing the risk of sliding down (a long way). After wasting maybe 45 minutes on this venture we gave up, back climbed down and contoured round and into the choire to follow the stalkers path up to the bealach.

At the bealach I dropped my pack for the walk to Toll Creagach, which was straightforward and we met a couple at the summit. 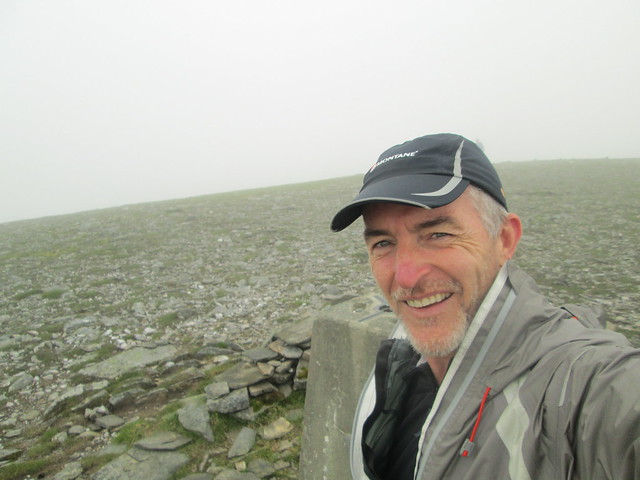 We headed back to the bealach and during this time the weather closed in, so we sat in the emergency bothy to eat our sandwiches. After this break we headed up the short climb to Tom a' Choinich, again I left my pack at the bealach and we were up and down in 40 minutes. 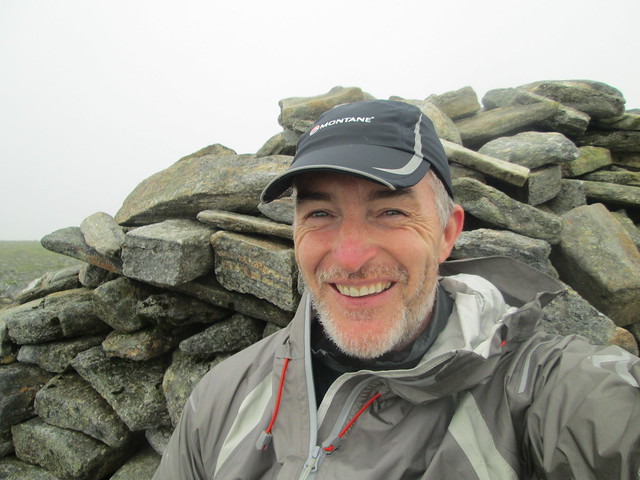 Wasting no time we set off back down the choire and along the stalkers path. Once we got back on the construction road we caught up with the older chap we had passed earlier and got talking, and he told us that he had compleated in 1969!

It was great to get back to the car mid afternoon in the knowledge that we could now recuperate before the next day's trip.