Whilst the planned three day trek around Knoydart had been shelved we had the maps, and it was nearby so we decided to make our first trip into the area. We decided on Gleourich and Spidean Mialach, and set off for loch quoich.

We parked in light drizzle after scanning the road for the cairn referred to by Cameron McNeish as marking the start of the track (this appears to have been removed, although there is a metal post in the foilage).

There was a couple of guys who set off just ahead of us and one chap who followed a few minutes behind and we all seemed to climb at the same steady pace, and all arrived at the summit of Gleourich togather, although as the weather was pretty miserable Neil and I decided to press on before we stopped for lunch. 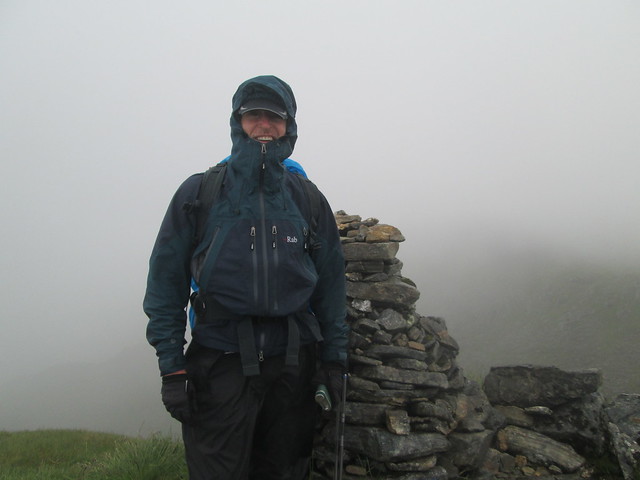 We ate at the bealach before the climb to Spidean Mialalch and then headed up into the murk. We arrived at the top at 977m where there is a fairly substantial cairn, then continued to the summit proper. 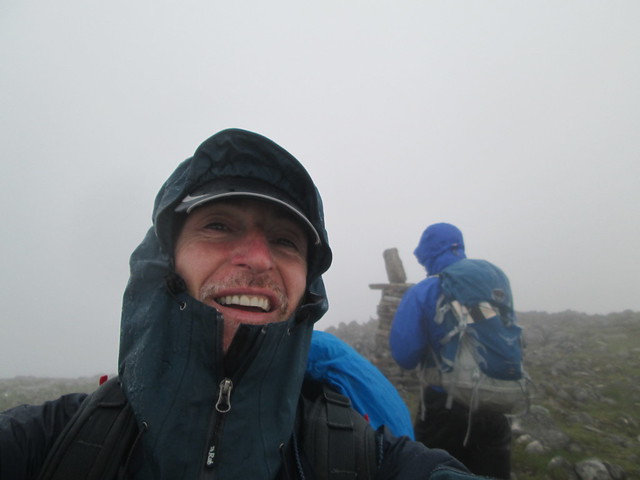 After a quick photo we headed south west for Loch Fearna then continued down to the roadside. As we walked down I commented to Neil how the day had restored my confidence in my hill fitness and ability to continue with the munros, regardless of the weather.