I wanted to get another hill in before going back to work and with the weather forecast for Friday to improve as the day went on I decided to head to Ben Vane as I didn’t want to drive too far.

I parked at Inveruglas – this is now a Pay & Display car park, £4.00 for all day. I have no idea if anyone ever checks the tickets, but I was not going to take the risk as put a sticker on the window.

I left the car park at 11:40 and while there was still some surface water on the road the clouds in the sky had gained some height and were beginning to break up.

The tarmac road that heads towards loch Sloy dam allows gave a gentle warm up for my legs after driving for an hour. Walking up this road you don’t feel as if there is much gradient to it, but you start to get some nice views back over Loch Lomond quite quickly. This road is now part of ‘The Cowal Way’ and there is a signposted track to the left before the farm – this is not the track that leads to Be Vane. Keep heading on till you are north of the farm to the right and the old concrete bridge on your left will be obvious. It is this bridge that you want to cross and the tarmac gives way to an access road for forestry vehicles etc., made out of type one. It looks like a lot of fresh stone has been put on this that made it very uneven under foot. There looks to have been a small pine plantation below this that has recently been felled. 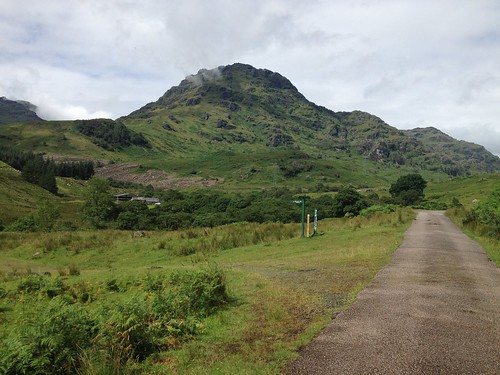 Ben Vane and the path for the Cowal Way

Someone has built a small cairn where the path onto the low shoulder that leads up onto the hill itself. Once onto the crown of the shoulder there is a flat patch and the bog cotton indicates just how wet and boggy this section is. 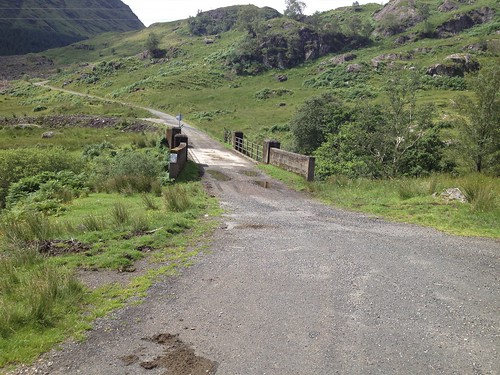 This is the bridge to cross

The path starts to climb steeply after this and is much less boggy. However, in various sections of the path there is a lot of erosion. Some of this is undoubtedly due to boots but the path also seems to double as a drainage channel thus the rain draining off the mountain is also doing its own damage. 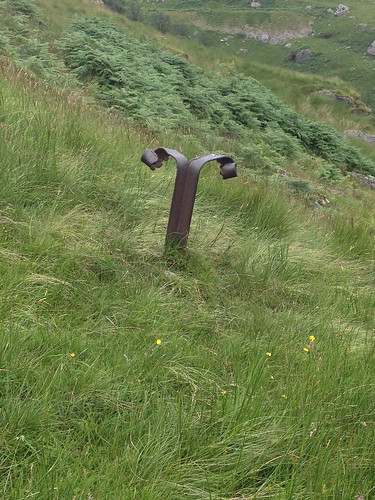 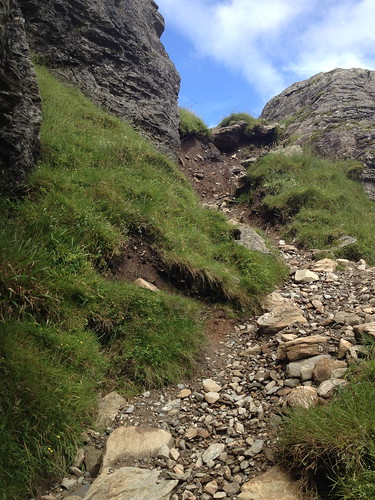 Erosion on the path

Near the summit I met a couple of walkers descending. These were the only other people I encountered on the hill and I knew one of them. We have a brief chat about family etc., and then headed on our separate ways.

When I reached the summit the could had rolled in, but by the time I’d poured a cup of tea and opened my lunch box the weather had cleared somewhat. 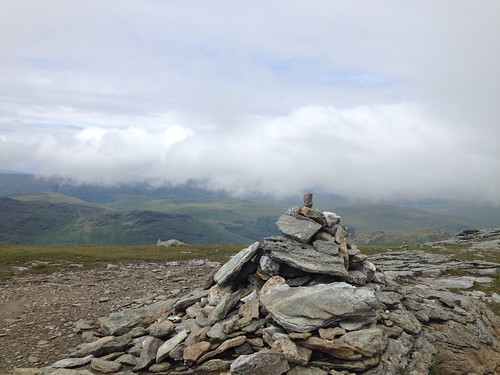 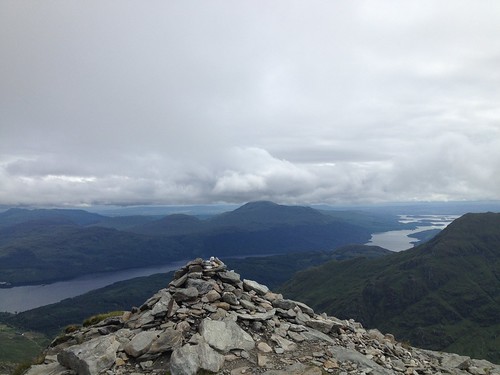 There’s not much to say about the decent apart from there are some sections where the ground has become a little unstable, so you need to watch your footing.

By the time the path off the hill joined the vehicle track I’d caught up with the guys I’d met nearer the summit. I left them to go at their own pace and walked down the tarmac road back to Inveruglas.
As always happens my gaiters had pushed the mud upwards to around my knees, so I was glad I’d left some spare clothes in the car. The weather had been much kinder than I thought it was going to be which added to the enjoyment of the day.

Up and down Ben Vane in that time is ptetty impressive.

Going up was a bit of a plod, but I tend not to stop too often or for too long. I pushed the pace quite hard coming down.