Dun Coillich – with a wet sock

Dun Coillich – with a wet sock


Judging by the short list of walkers who have reported climbing this Perthshire Marilyn, it must be one of the least-visited hills in the area. It was therefore no surprise that we found no beaten path to the summit. The hill lies entirely within the 1100 acres purchased by the Highland Perthshire Communities Land Trust (HPCLT) soon after it was formed in 2002 and was the first ever community land purchase in the Perthshire hills. (www.hpclt.org for more details)

The Trust aims to manage it for the benefit of all and some of the improvements were obvious. The first are two off-road car parks. We used the one just north of White Bridge, but could have used the other ¾ mile to the south which would have given a shorter though steeper ascent. We might even have found a path! 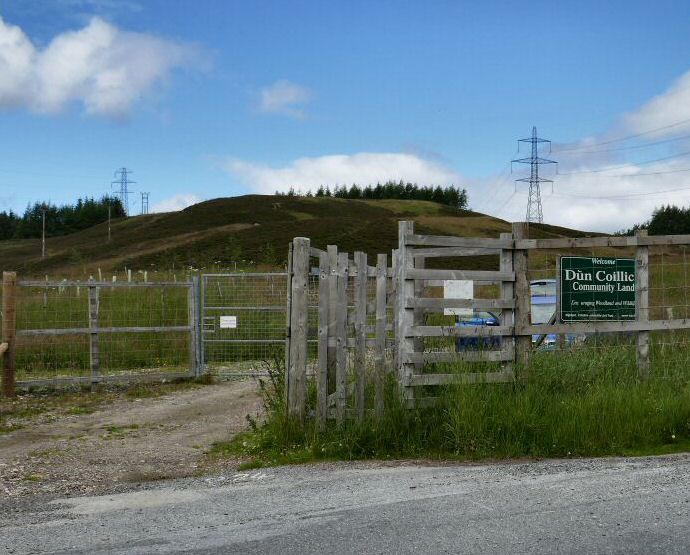 An unlocked gate with a notice reminding users to shut it gives access to a space sufficient for perhaps a dozen cars. Between it and the foot of Dun Coillich are two fences with the second and newer deer fence forming part of a complete barrier around the hill to exclude deer and sheep from the next improvement – the restoration of native woodland. The first fence is passed by lifting a wire netting covered hurdle and swinging it away from the fence. This is followed by the burn that further downstream gave Johnny Corbett his wet bum, but here it was a fraction of the size and only inches deep. 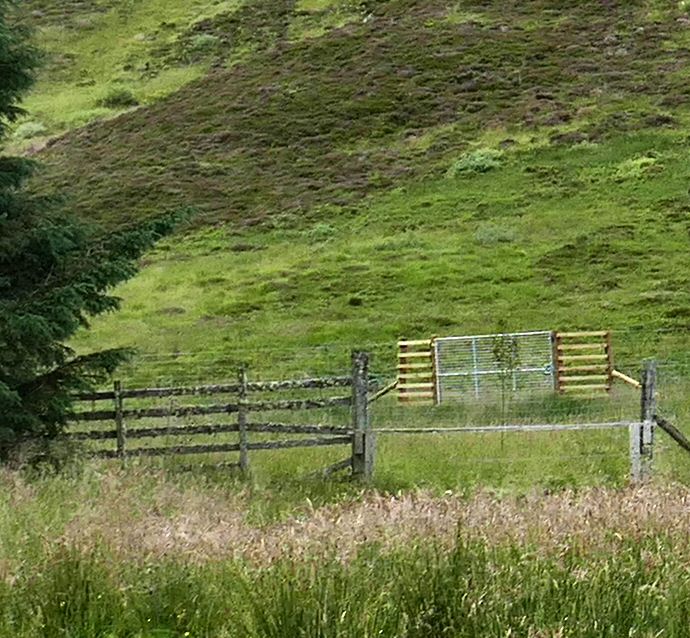 The two fences and gates

A conventional and unlocked gate led through the second fence to a steep pull up the initial slopes. This flattens off after 100m of ascent to reach an area liberally planted with saplings of rowan, Scots pine, and other native species. 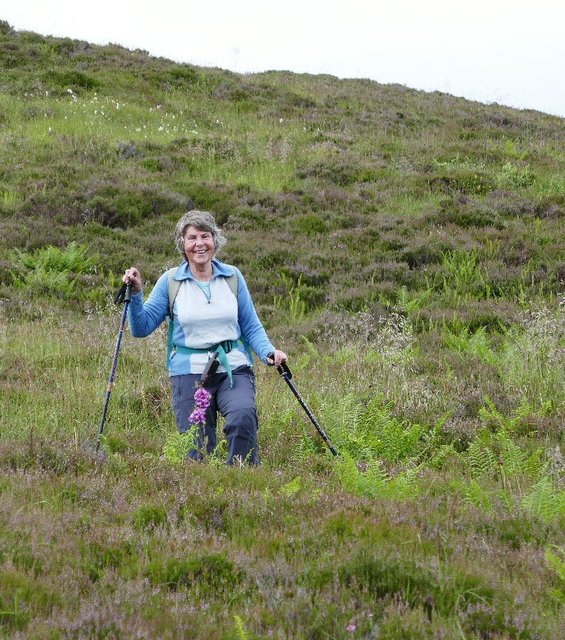 Jaywizz on the lower slopes

Not so welcome for walkers is the pit next to each sapling that provided the mound in which it had been planted. These are now being hidden by the heather, and in the wetter areas are full of water as one of my socks discovered! 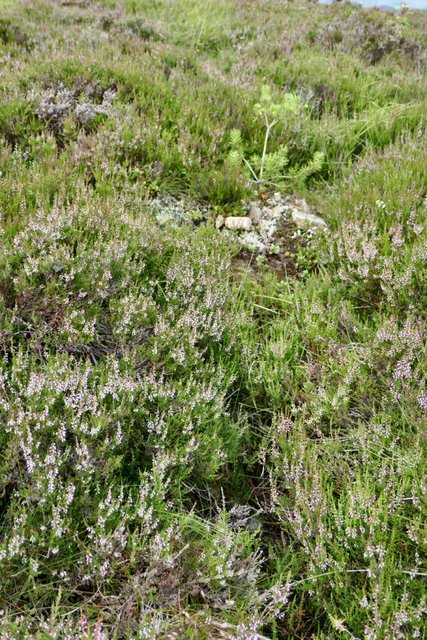 We found no obvious paths up Dun Coillich, and now that large grazing quadrupeds are excluded no deer or sheep tracks either. Some caution is needed when traversing the planted sections and our route went through it both on ascent and descent. A more southerly route might possibly have avoided most if not all of the pits, and the occasional sinking feeling and muffled splashes!
We reached the summit cairn in a few minutes over the hour and spent some time naming and photographing the surrounding hills before returning to the car. 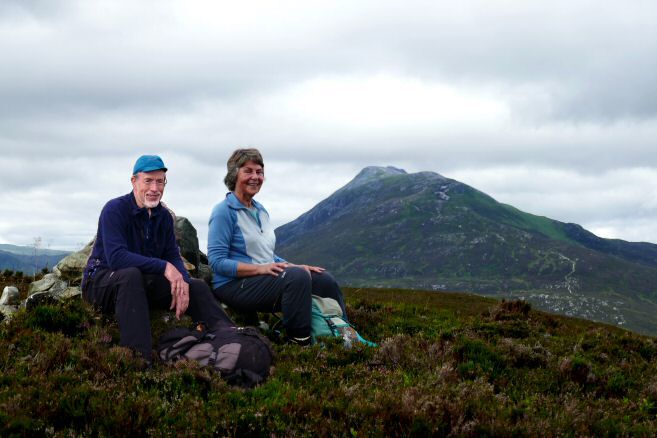 Schiehallion with its ascent route clearly visible 3km away 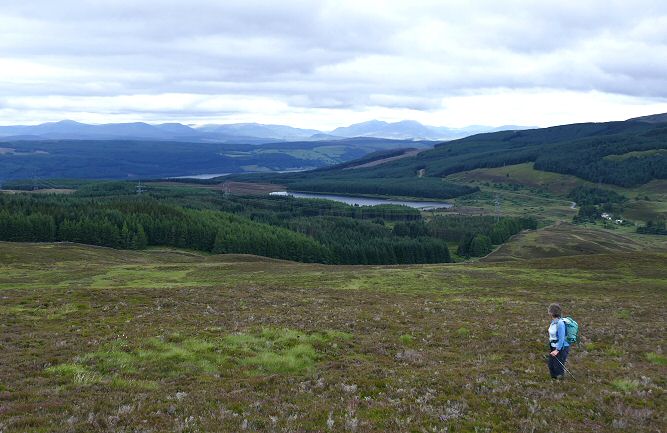 Looking northeast to Beinn a’Ghlo as we descend 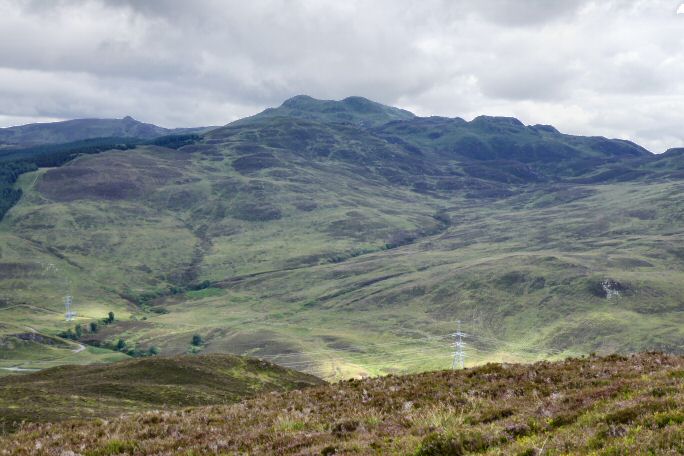 And east to Meall Tairneachan 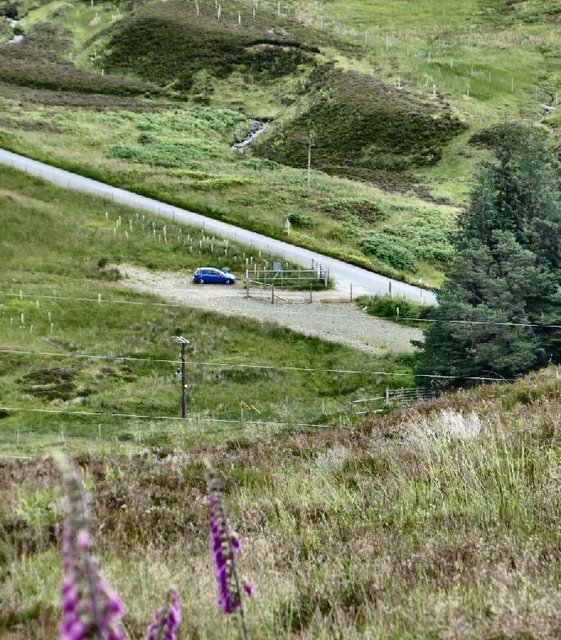