There are a few reports for this route on the site: one by Munrowalker in the rain, three by Graeme, Kev, and CurlyWurly in winter, and one by Monty in low cloud conditions. I'm contributing a sunny August one. This walk was much harder than I thought it would be. The path/track from Glenballoch was excellent so no probs from the car park until you reach the old bridge that crosses the Allt Fionndrigh. From that point all the way to the lower slope of Carn Dearg it was bogtastic. Every step was accompanied by an annoying squish sound and it was beyond energy sapping. Once I reached Gleann Ballach I spotted another walker who looked to be taking the high road around the base of Meall na Ceardaich on his way to Carn Ban, I stuck to the route suggested on the site and stayed in the boggy ground all the way to the back of the glen. After that slog it seemed like it took me forever to reach the summit of Carn Dearg, all in all it took 3 hours from the car park. The crags on its north face were impressive though and made for some good pics. A general haze had set in during the late morning hours and all the distant hills could be seen in silohouette with the Ben Alder area looking especially nice. The walker I had spotted reached the cairn about 5 minutes after me but at least he missed out on some of the bog. After chatting with Martin from Tayside Trekkers I headed off on the extremely long walk over to Carn Sgulain. This has to be the longest/boringest section between two munros in Scotland. It just went on and on and on. Thankfully the weather was fab! After 5 1/2 hours I made it to Carn Sgulain and ate my lunch. Not much to see here, so back into the bogs. It was nasty stuff from Carn Sgulain to the base of A'Chailleach. More squish squish from the Scarpa's. By the time I was ascending A'Chailleach my legs were drained, it didn't help that I had done Ben More and Stob Binnein the day before. At the summit the views to Newtonmore and the Cairngorms were amazing and I took a good rest at that point. The descent began alright, until the bealach between A'Chailleach and Geal Charn was reached. Then, squish squish. It was squishy all the way to the hut down below. Once I crossed the Allt a Chaorainn I hit the track that took me back to the car, thankfully no squish squish the rest of the way. Back to the car in exactly 8 hours. A tiring effort, but excellent views throughout, even if at times there wasn't much to see. Still think this would be best in winter conditions, although deep snow would have killed me. 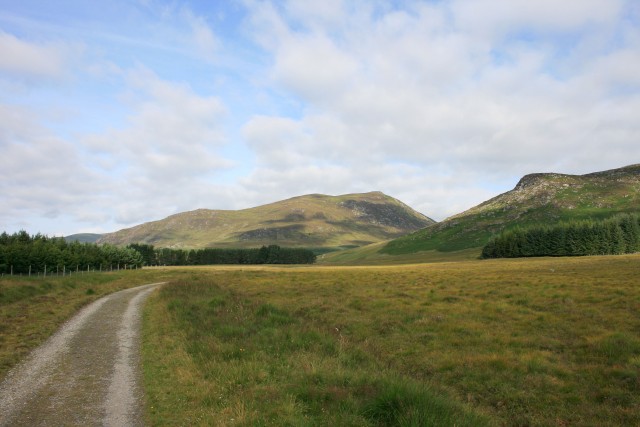 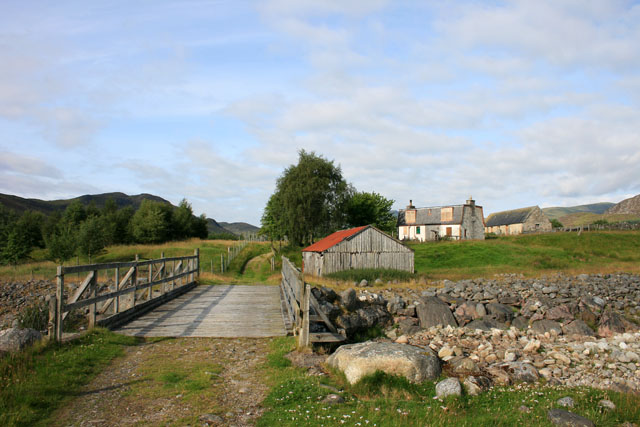 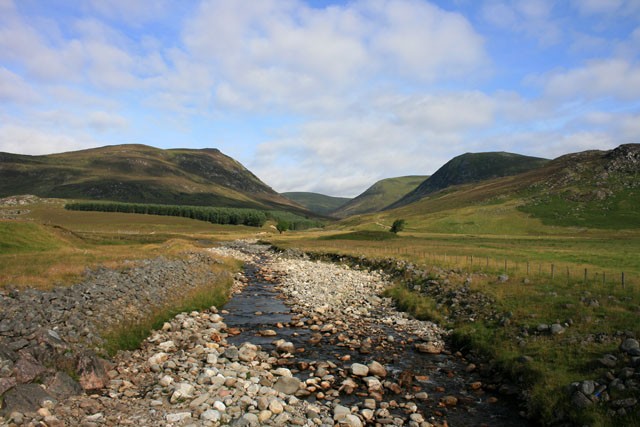 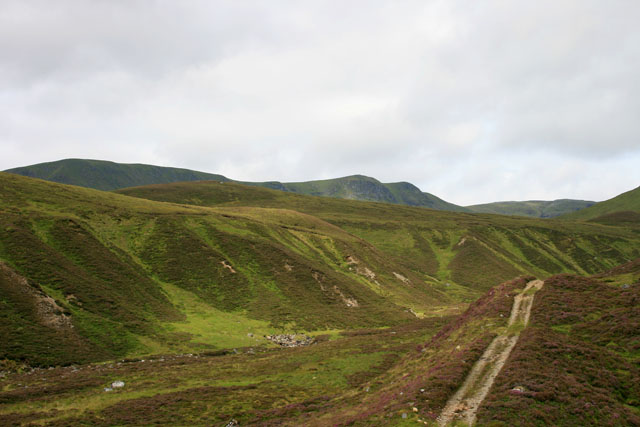 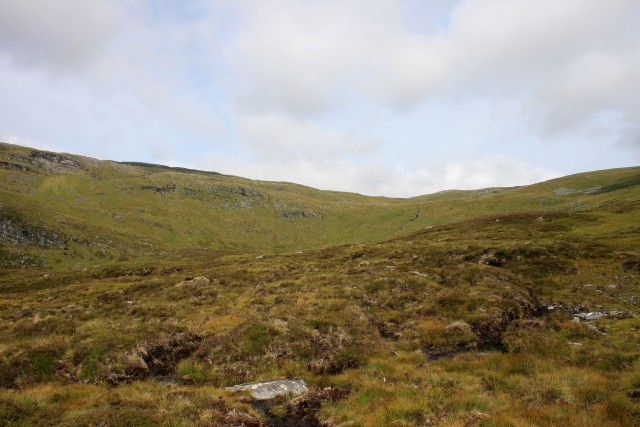 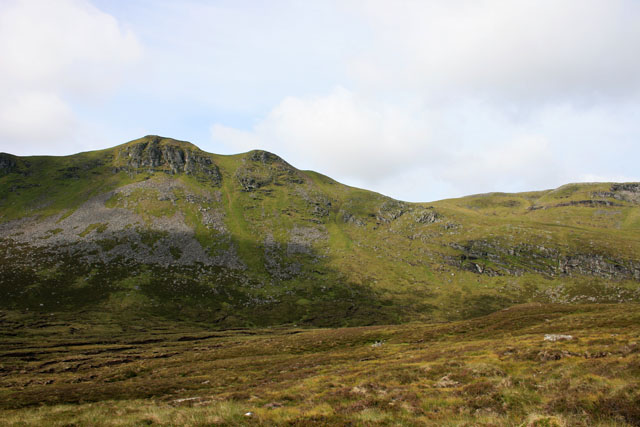 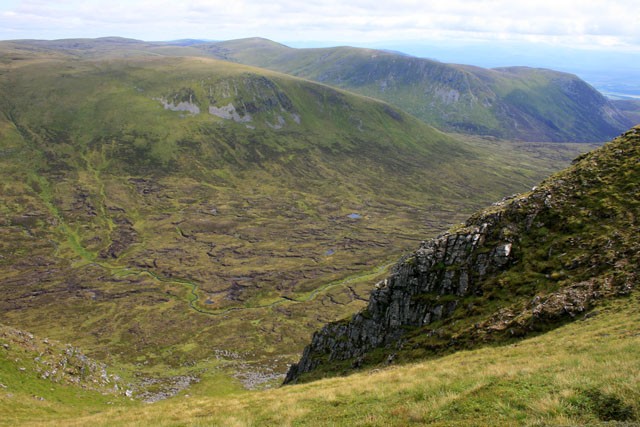 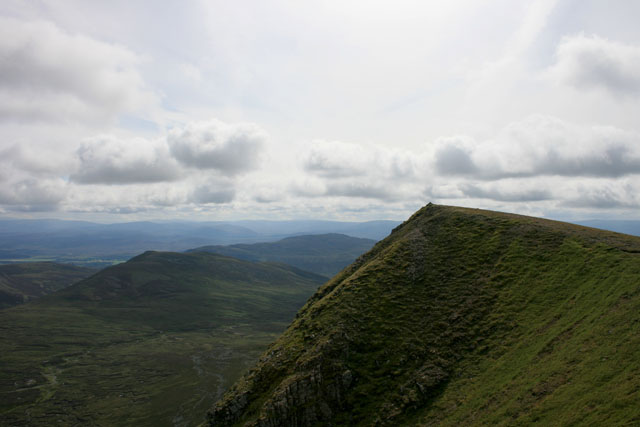 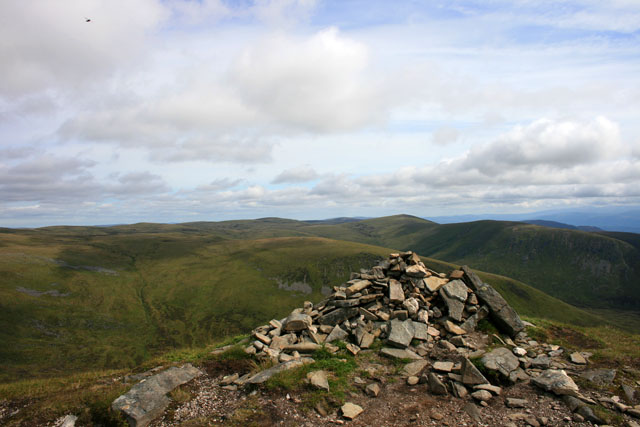 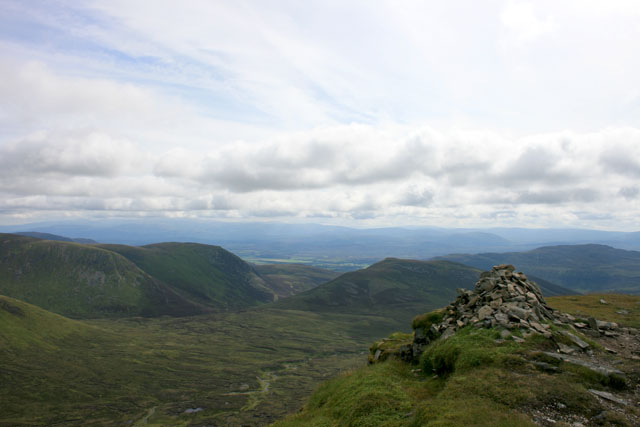 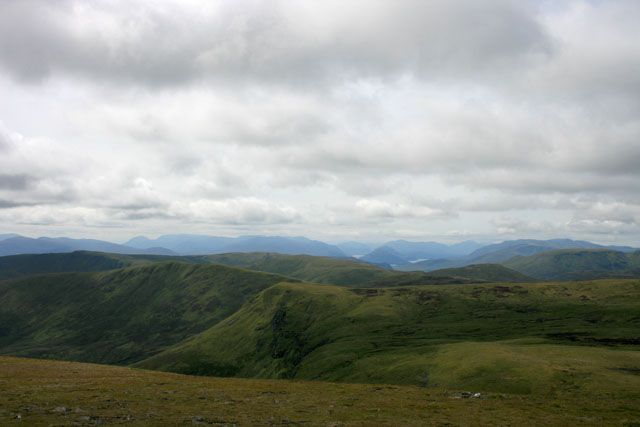 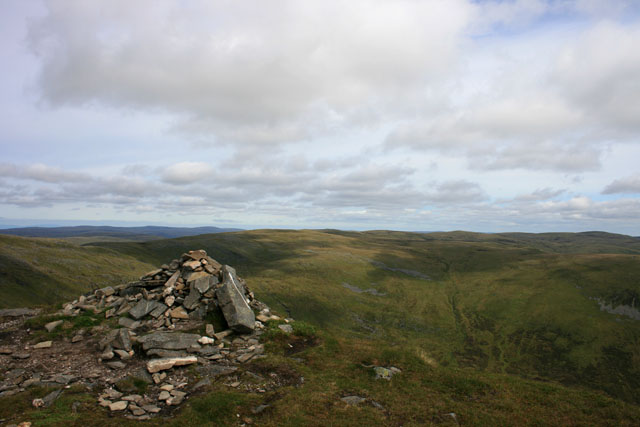 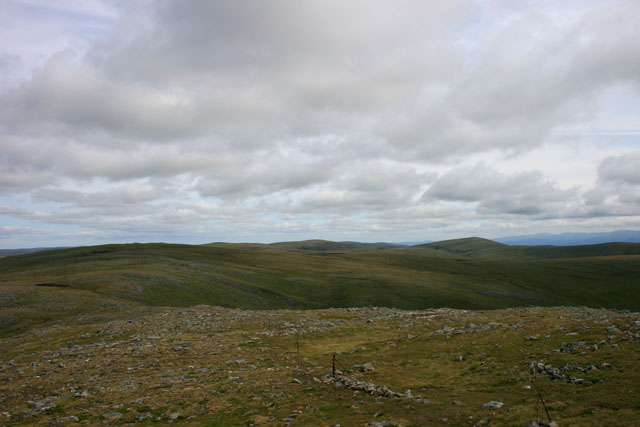 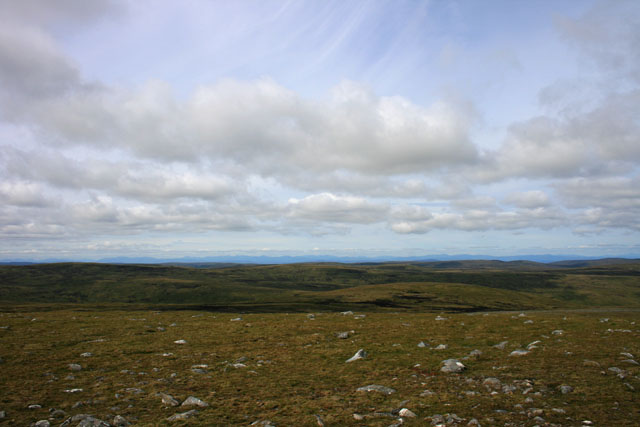 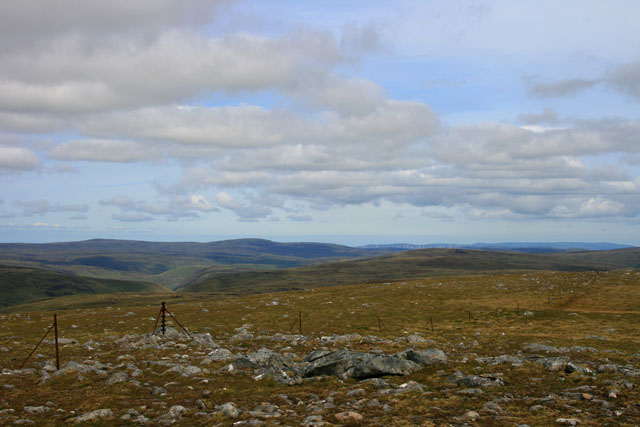 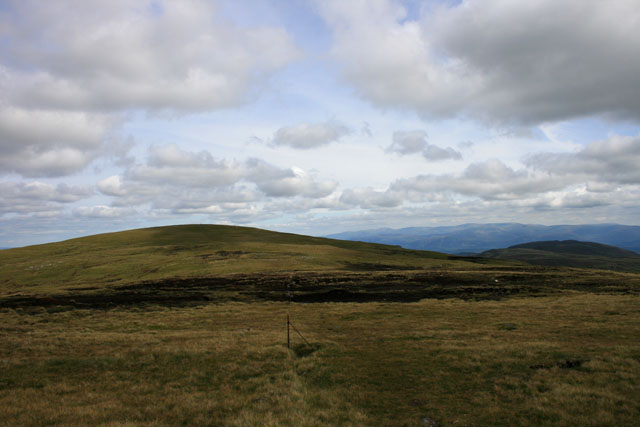 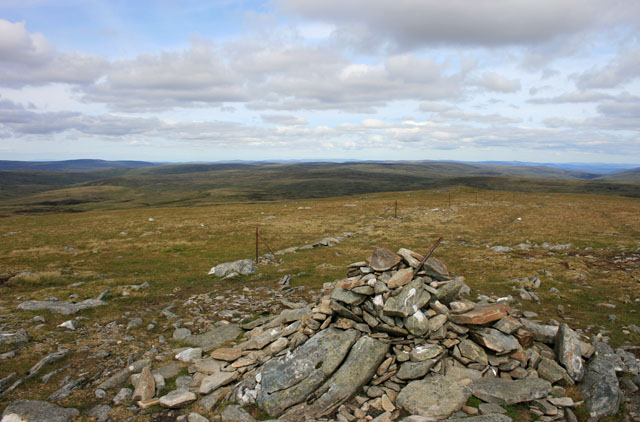 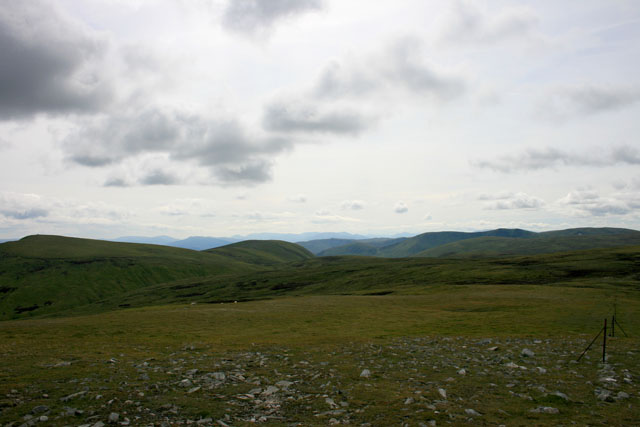 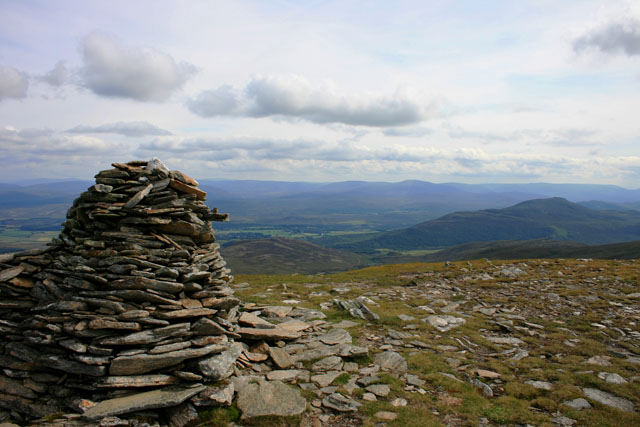 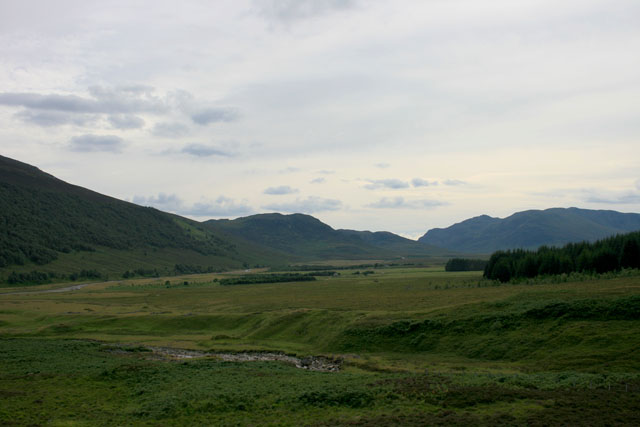 Nice pics Stretch. If it's a bog in August what hope is there for any other time of year.

I did Carn Dearg with a friend a few winters ago and we had to crawl on our hands and knees to the summit cairn the wind was so strong! A bit different in your pics. We didn't really have much chance to enjoy the view.

Good effort Stretch,
Especially after the tough assignment the day before. Most people would need a rest after tackling Ben More directly as you done.

I agree with you Its a long slog across the top and seems to go on for ever. Oh did I mention the bogs

p.s. Thanks for the advert.

Thanks everyone, I imagine the bog is pretty bad year round actually, at least the bit on the way to Carn Dearg through the glen.

Monty, your 5 hour time for this is insane!

Good stuff Stretch - I always like to see pictures and hear stories about this one. The squish factor makes me glad that Kev, Darren and I did this one in January in deep snow, although even then the glen from Carn dearg out into Glen Banchor (we did it in reverse) was quite a squishy affair in places.

How did the Scarpas hold up in the bog? I've just about had it with mine. I'm on my second pair and they're the best boots I've had in all respects other than their ability to repel water over a prolonged period. My first pair lasted about 18 months before giving up the ghost entirely, although I do confess I could have looked after them a bit better. This pair are just over 12 months and they were flooded last week in Kintail. I've treated them so many times but to no avail. And to top it off, in the last two or three outings the stitching has started to come undone down the inside of the left one. My mate Robin reckons I've just trashed them to within an inch of their lives, even if I have looked after them, and I guess for what I paid, I can't complain too much, but I'm still gonna complain. Now I have to decide whether to stick with them again or try something else, but the fit is just so damn good!

My Scarpa SLs are holding up fine but they are showing some wear on the top of the toe. I've done 41 munros in various conditions with them this year and so far no water leakage. I actually wore shorts and no gaiters for this walk Graeme, no water ever got to my socks which is pretty amazing considering the mess I walked through. I treat them with Grangers G-Wax about once a month and that seems to help.

Stretch wrote:no water ever got to my socks which is pretty amazing considering the mess I walked through.

Man, that sound like bliss! Cheers for the feedback Stretch. I guess I've got a difficult choice to make. I'll use the old Scarpas this weekend in the eastern Gorms (I'll treat the living daylights out of them beforehand) and then my hill days look like they will be few and far between through September and October, so that gives me some breathing space before the winter kicks in and I have to address the issue properly.