Yr Elen and the Carneddau from Bethesda

Yr Elen and the Carneddau from Bethesda


Yr Elen is a hill that I'd wanted to do for some time. I'd been up Carnedd Llewelyn twice before, and on either occasion could have bagged it with a short detour. Unfortunately, the first time I didn't know Yr Elen existed, and the second time it was foggy and I'd managed to leave the map somewhere on the slopes of Pen Yr Ole Wen, so I decided not to risk it.
So now I had to climb the whole 3000 feet all over again. Not wanting to repeat a previous walk, I looked for a direct ascent. It turns out there's a nice horseshoe walk starting from Bethesda,

There's a free car park just off the main road in Bethesda, so I parked there, although I found out later that I could have parked higher up. This picture taken from the car park shows most of the route, ascending by the ridge on the left and descending the one on the right. The forecast was for this to be the hottest day of the year, so I took twice as much water as usual, but it still wasn't enough. 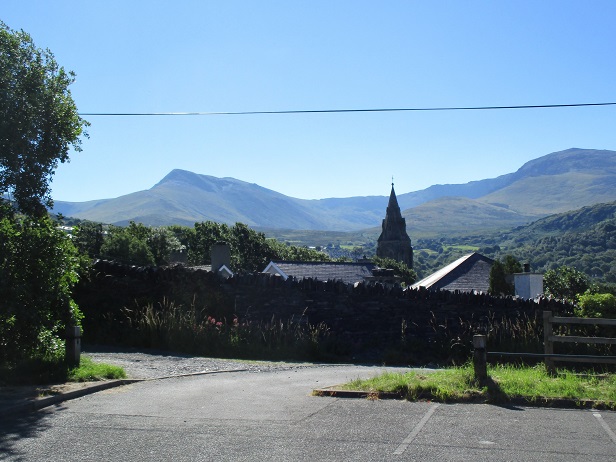 The first mile of the walk was on tarmac, going up through Gerlan. There were a few places on the way up where I could have parked, but also a lot of double yellow lines and 'private no parking' signs. At the end of the road a path goes up along the bank of the Afon Llafar. There doesn't seem to be a bridge over the river, but there's a weir near the old dam where the water is shallow and it was easy to paddle across after taking my boots off. 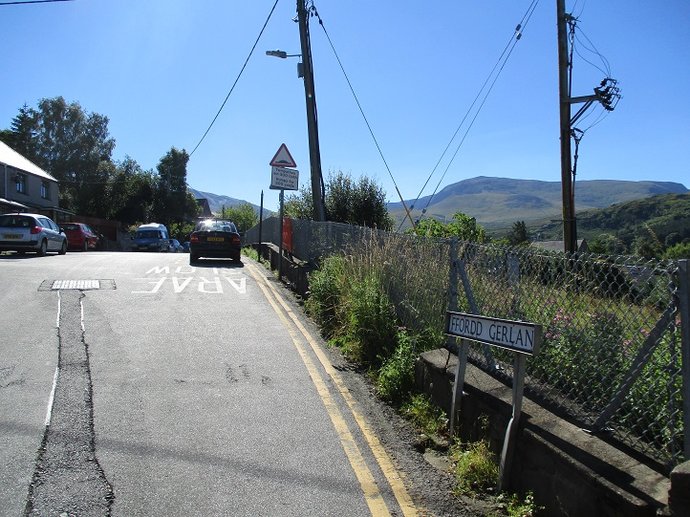 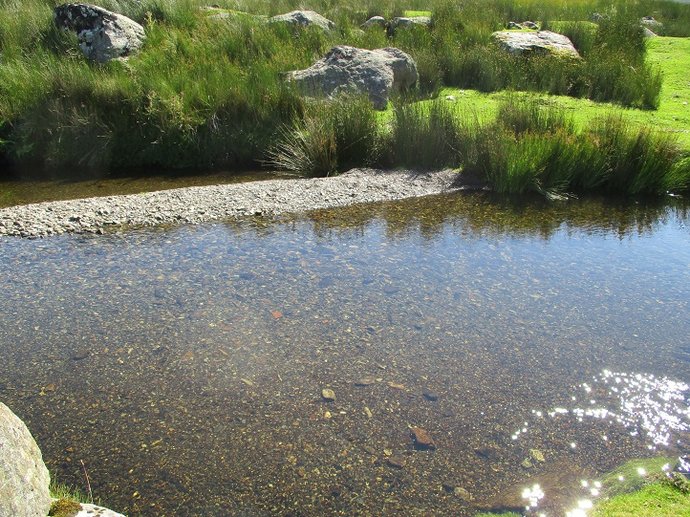 Once over the river, a bit of marshy ground has to be crossed before heading up onto the Foel Ganol ridge. There's a path along the ridge up to Yr Elen, even though it's not shown on the map. 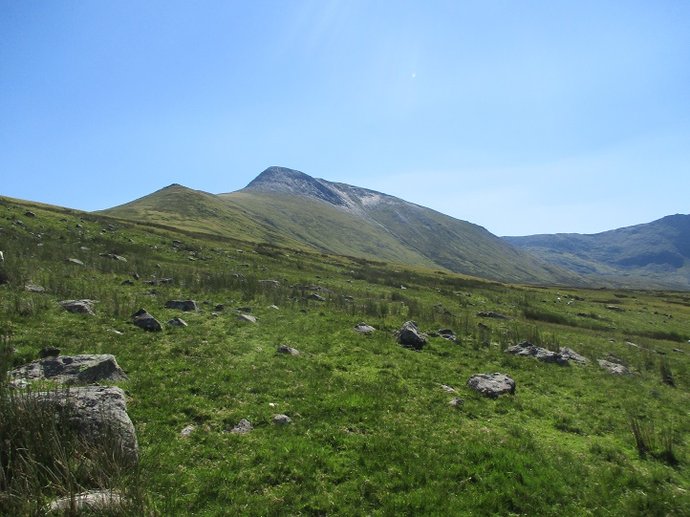 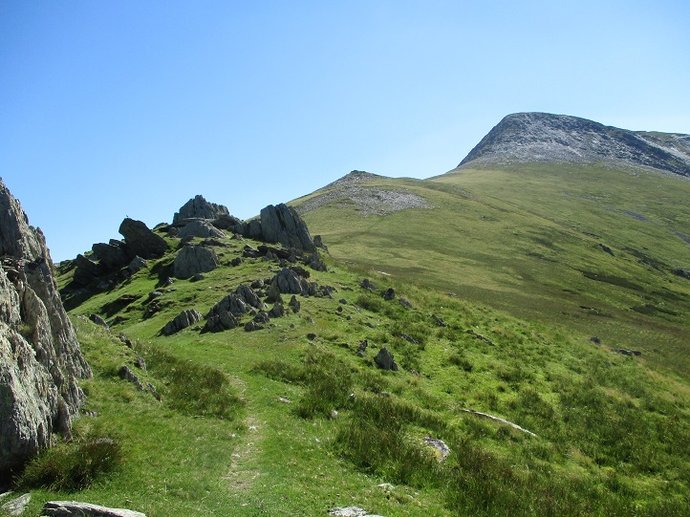 The final ascent of Yr Elen is up a steep scree path. 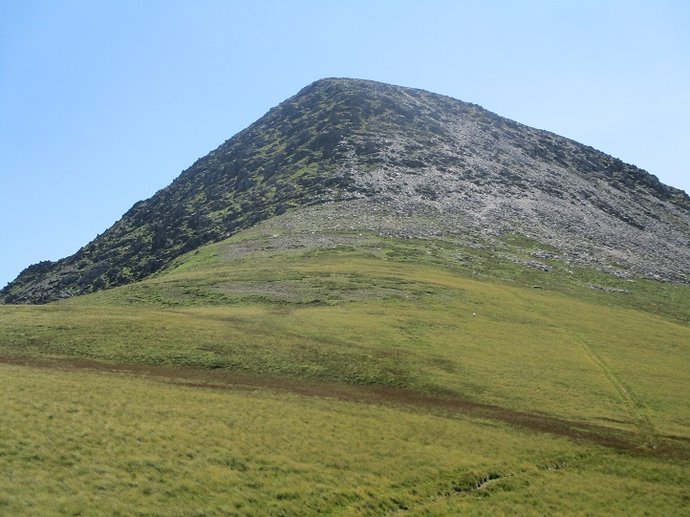 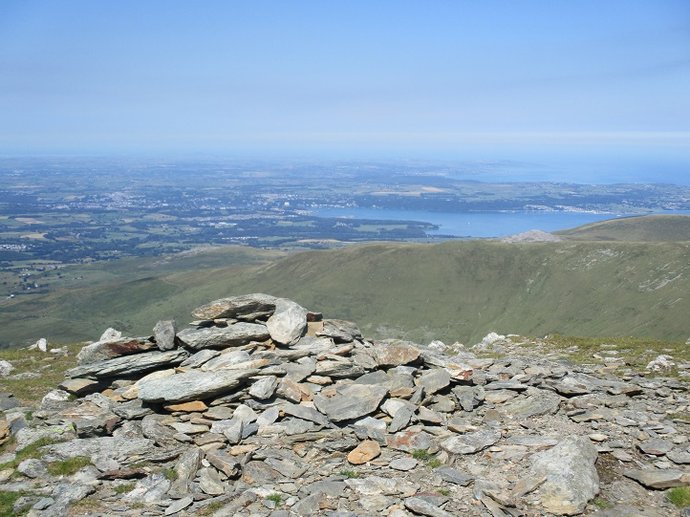 View to the north from Yr Elen 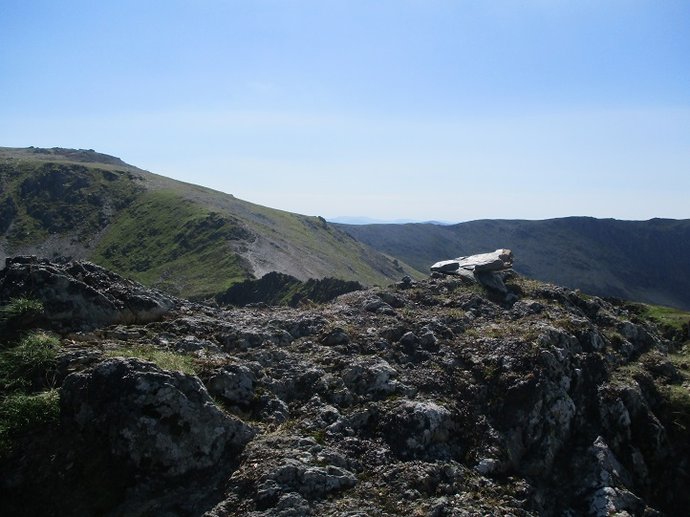 After a short rest on the top of Yr Elen I went down the ridge and up to the highest point of the walk, Carnedd Llewelyn. 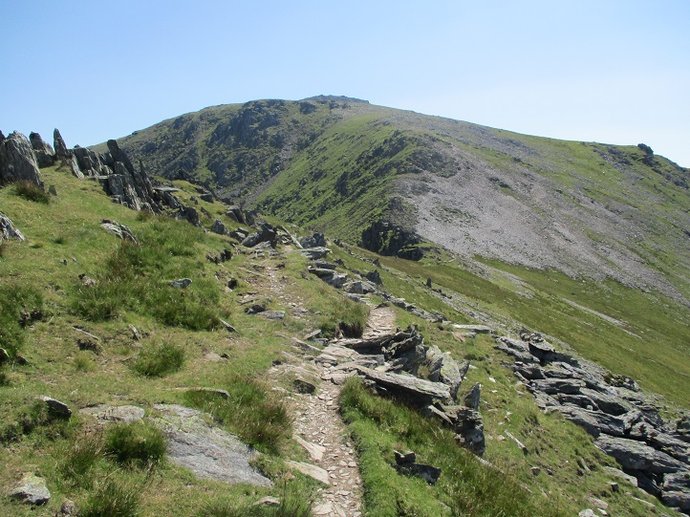 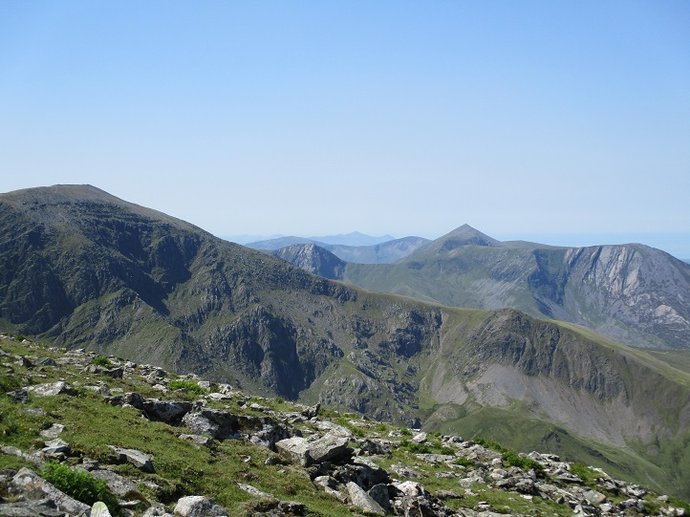 This was the third time I'd been here, but the first time I'd seen a view. 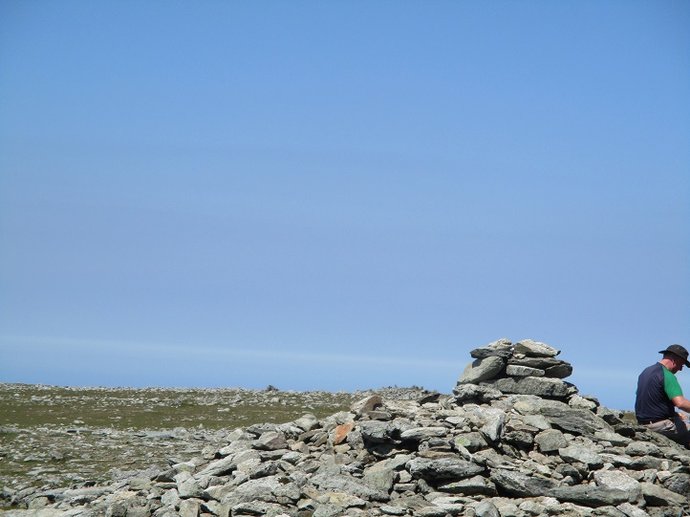 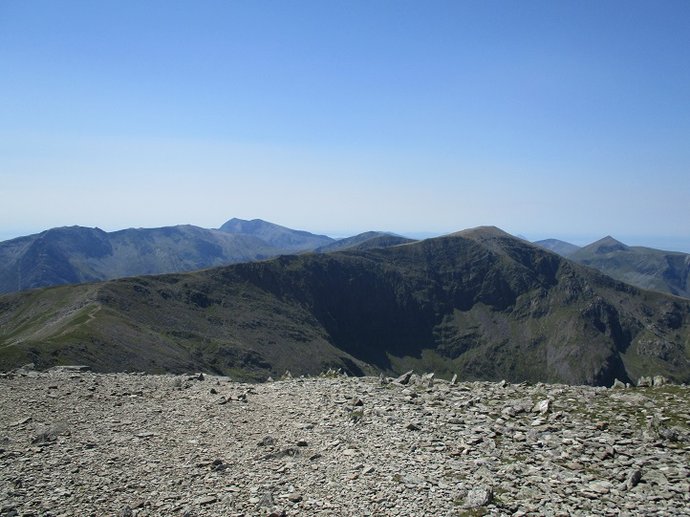 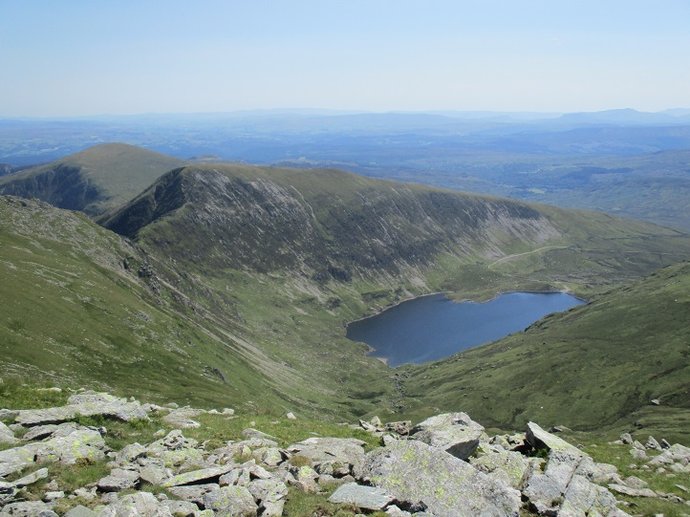 I then continued along the ridge to the other Carnedd. 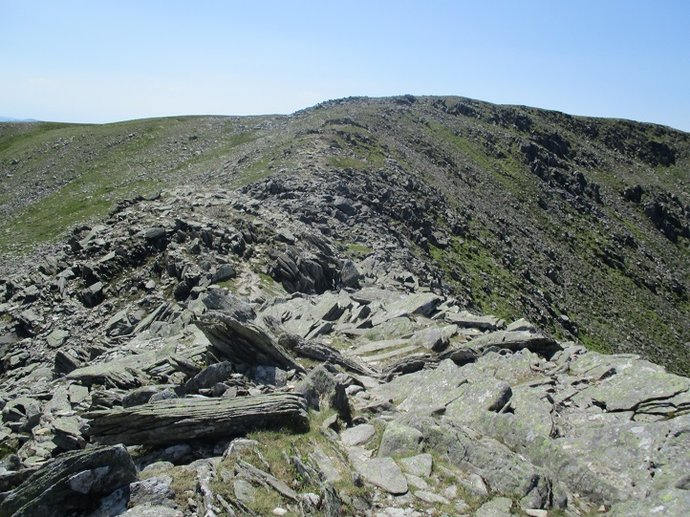 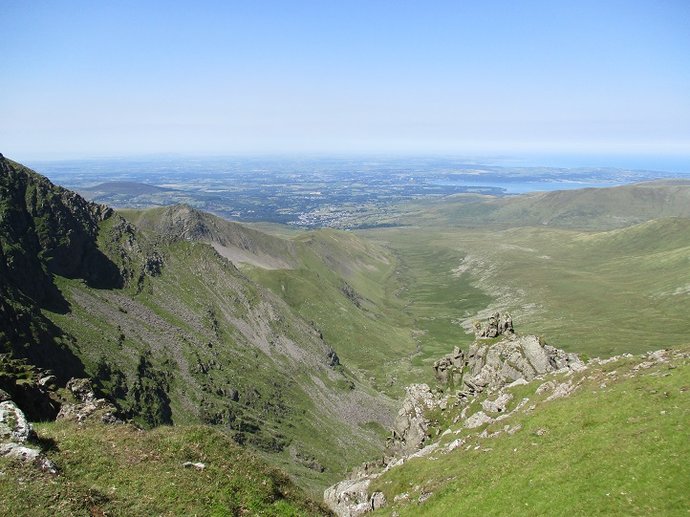 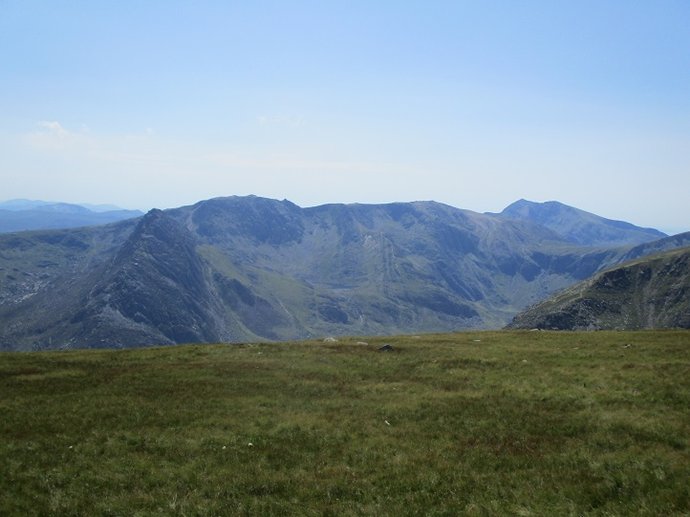 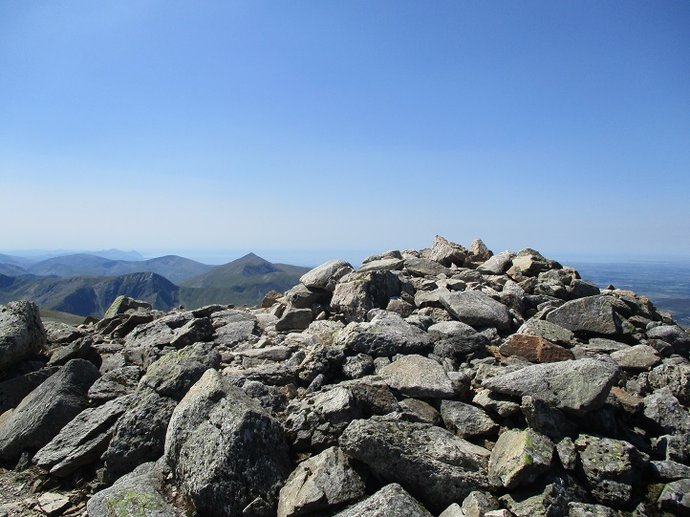 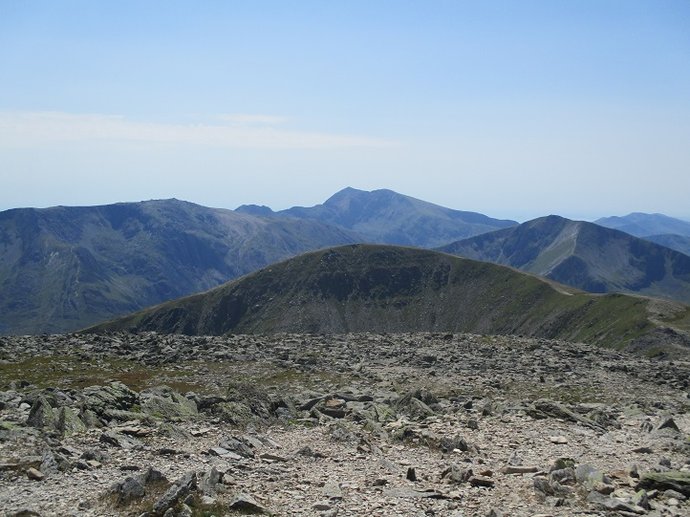 Pen Yr Ole Wen from Carnedd Dafydd, with Snowdon behind.

I stopped on Carnedd Dafydd for something to eat and then set off down the north-west ridge. This starts off as a good path but then becomes a bouldery scramble. 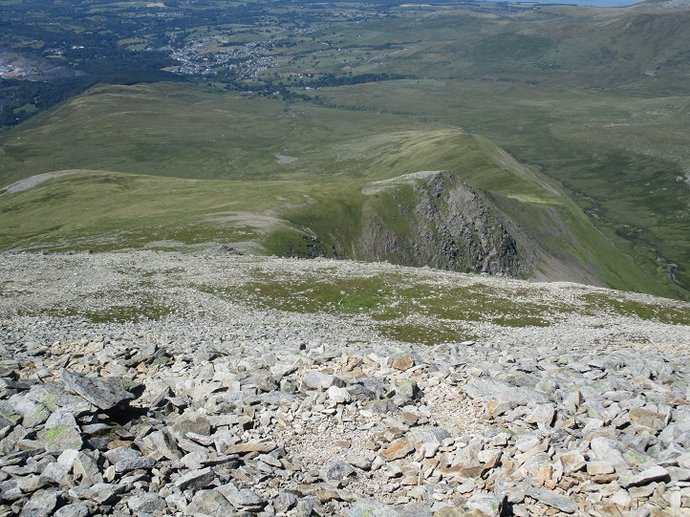 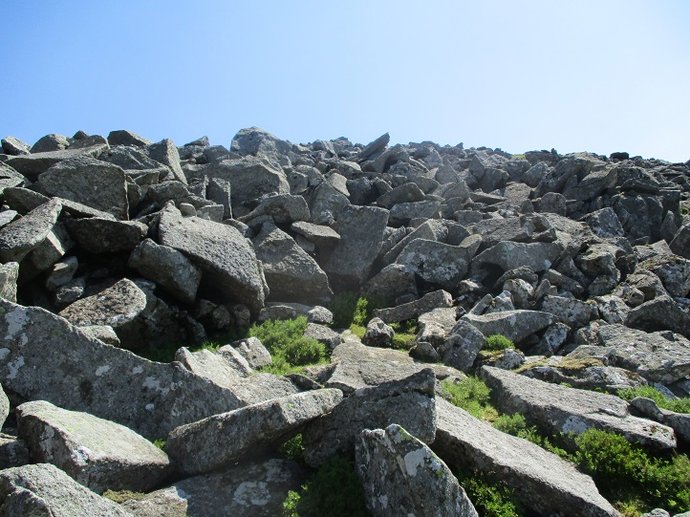 Carnedd Dafydd descent, looking back up.

There's a crag on the way down - Foel Meirch - which rises up just enough to qualify as a Nuttall. It also makes a nice viewpoint. 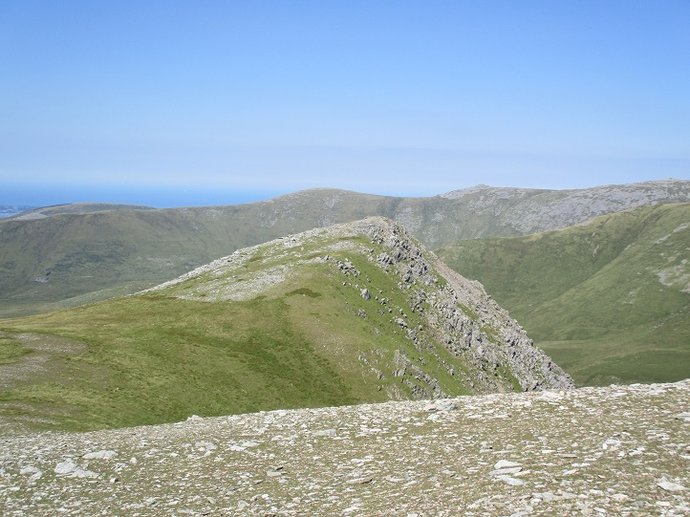 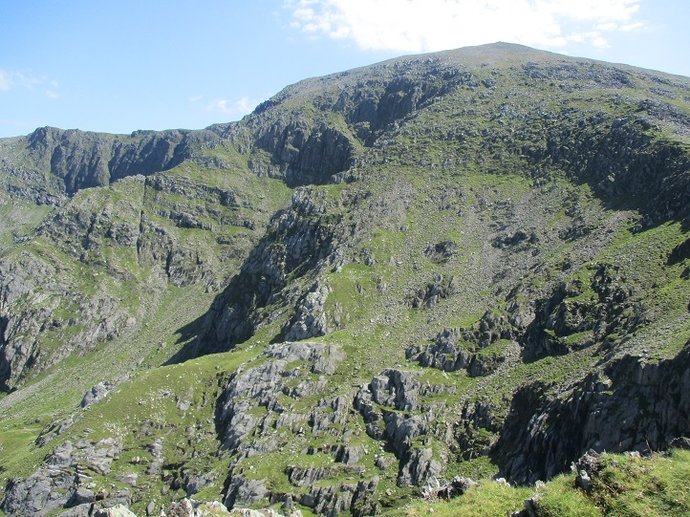 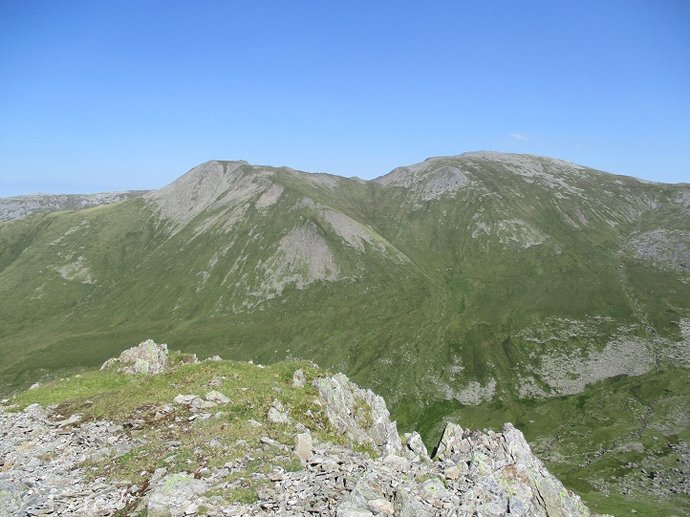 After Foel Meirch the going gets easier, with a grassy path descending gradually to rejoin the ascent route along the river and back down to Bethesda. 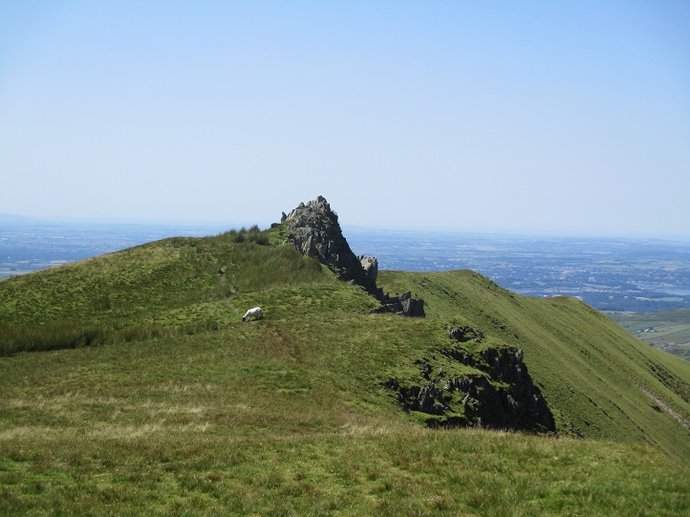 It got uncomfortably hot on the way down, especially the last couple of miles down into Bethesda after the last of the water was gone.The car thermometer said 32C. Apart from that, a very enjoyable day's walking.

Re: Yr Elen and the Carneddau from Bethesda

Some cracking views from a hard graft day in those conditions Andy, I'll bet you were glad to see 'em at last

Re: Yr Elen and the Carneddau from Bethesda