Forecast was for clear dry weather so I decided to make to most of it and try and fit 4 tops in.
I cycled from Whitewell to the start of my walk just short of Loch Einich @ 10.10 I had borrowed the bike from my daughter it was too small for me which made the cycle up harder than it should have been, took about an hour and I was knackered. 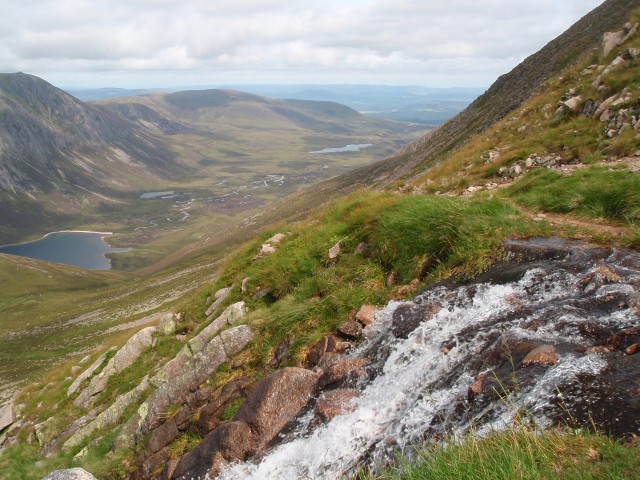 Dumped the bike and took the path marked on the OS map leading up the left hand side taking me out above Coire Dhondail so far so good, I then headed south east hoping to follow the contour of the hill and end up between Sgor an Lochain and Cairn toul but actual ended up near Loch nan Stuirteag, I had another look at the map and decided to follow the contour towards the Devil’s point this worked out well and meant I was starting at one end of the traverse and would not be re-tracing much of way. 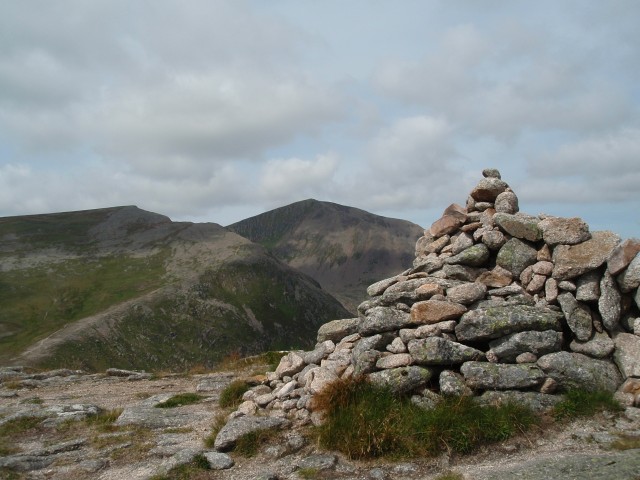 view from the Devil's Point, Cairn Toul top in the distance.

Views down into the Lairg Ghru from the Devils Point were spectacular views towards Cairn Toul were daunting it looked so much higher possibly because it is. Everyone I met seemed to have started from the Braemar side which made me feel like a bit of an oddity. 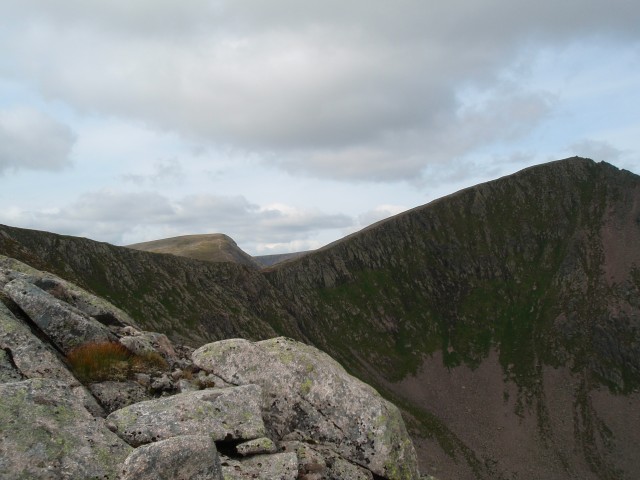 Started out for Cairn Toul there were a few fellow walkers and the path was easy to find except when it went through the odd boulder field ended up quite a slog but the views were tremendous. Sgor an Lochain Uaine (Angel’s Peak) looks very close but took a bit longer to get to than I thought.
A quick check of the map showed that Braeriach was further away than I had thought. Three coire’s away not two it looked a long walk round. I decided to go for it and set off, good news was there were no steep inclines and I reached the top at around 5.30. Incredible views down into the coire’s bellow Braeriach and down along the route I had come. 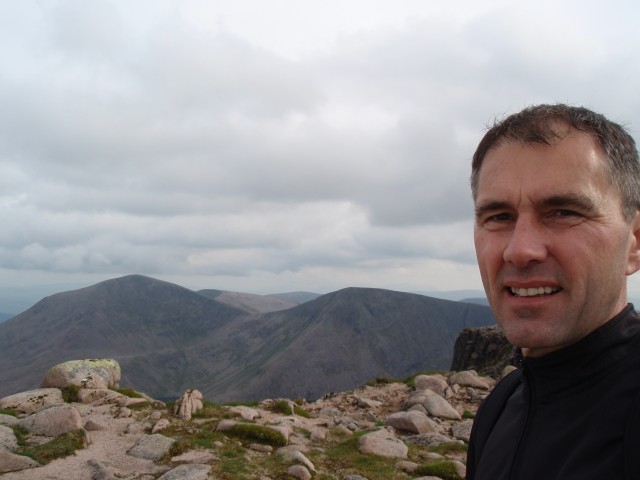 Top of Braeriach looking back to the route I had just walked.

A brilliant walk weather had been fantastic. Headed back almost due west intending to drop down into Glen Einich between Coire Bogh-cloiche and Coire nan Clach which I did but not before passing a herd of reindeer I saw them from a distance at first but as I was walking parallel too them, they were keeping eye on me I decided to stand still and see what happened and sure enough they slowly came over until one came up presumably looking for something to eat. A few minutes later I decided I better move as I was getting surrounded by them. 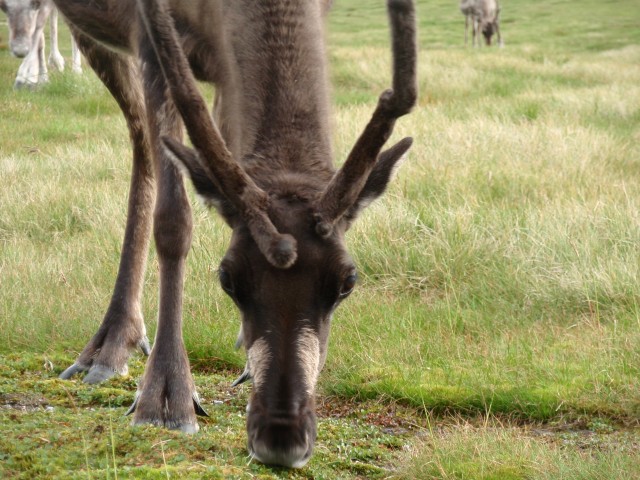 reindeer got came to check me out.

My intended route into Glen Einich was not the best by the time I reached the path I wished I had met the path at the top of Coire Dhondail. Still I was back at the bike which was brilliant on the way back, down hill most of the way made all the difference. 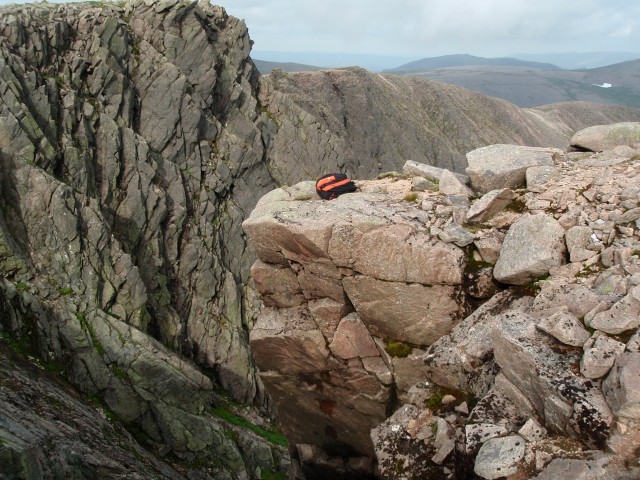 rocky side to Braeriach

i'm eyeing this one up for a couple of weeks time

Having failed to top Braeriach from the ski centre side in March I'm liking this Loch Einich approach. I take it the track up to Loch Einich is a decent one as 10 km (my reckoning) in an hour on a bike that's too small sounds like pretty good doing.

Alastair, the track up to Loch Einich is definitely bikeable, and I think some do it as a MTB route in its own right. There's a few shallowish streams to ford, but that just adds to the fun.

Good effort, David. We did this one with an overnight camp by Loch Einich and omitting the Devil's Point. That's a steep descent off Braeriach. The path up Coire Dhondail is definitely preferable.

Thanks for that Phil - game on

Alastair S wrote:Thanks for that Phil - game on

i'm going to opt for your route too,Braericach first then slowly drooping in height all day(apart from cairn toul) and then hopefully if the weather is ok a gentle walk/cycle back out