Broad Law From The Megget Stone

Broad Law From The Megget Stone


A quick drive over from the car park at the Grey Mare's Tail and I was parked up by the Meggitt Stone with Broad Law ahead.

It's a high starting point for this walk and if this was the only hill of the day I would certainly have looked for a different starting point.

Started around 12.30pm and the sun was still out though there was now a bit of a breeze.

The start is quite steep but the ground is dry which is a bonus after this morning. 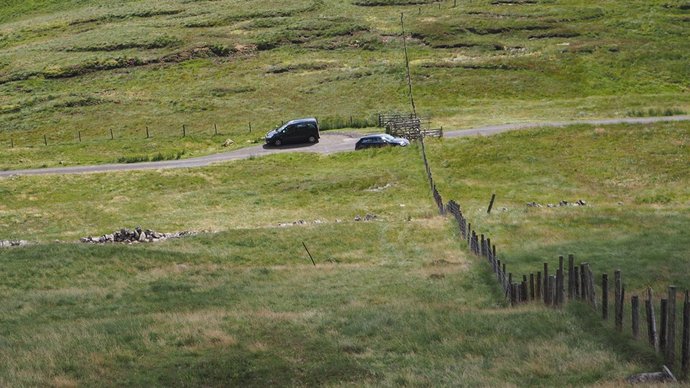 Looking down on the parking spot 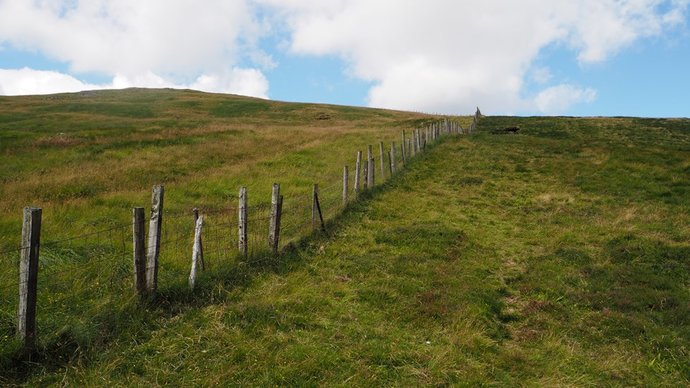 The start of the climb up Fans Law

No navigation issues for this hill, just follow the fence all the way to the top.

After the climb up Fans Law the ground levels off before another climb up Cairns Law. 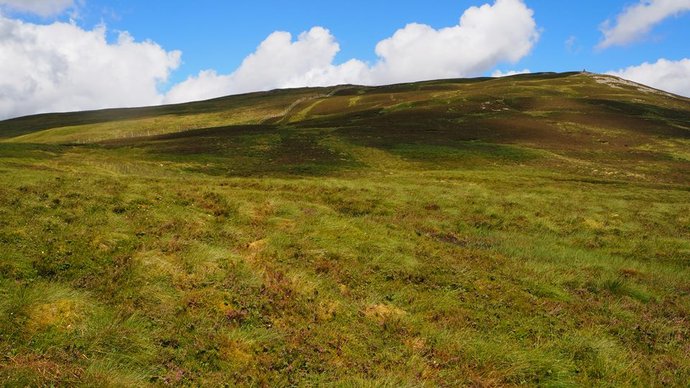 Looking over to Cairns Law 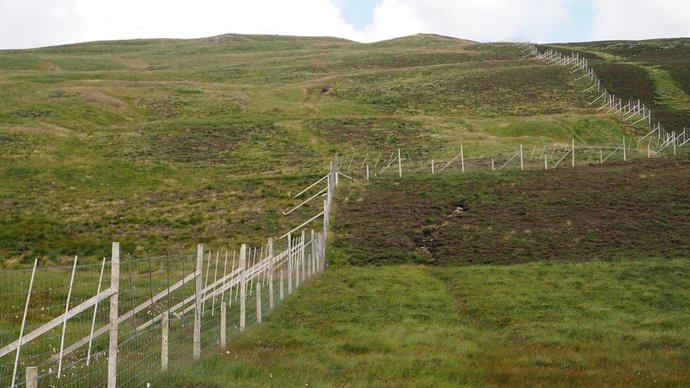 The fence up Cairns Law

The fence up Cairns Law reminded me of something, I couldn't think what it was then it came to me. 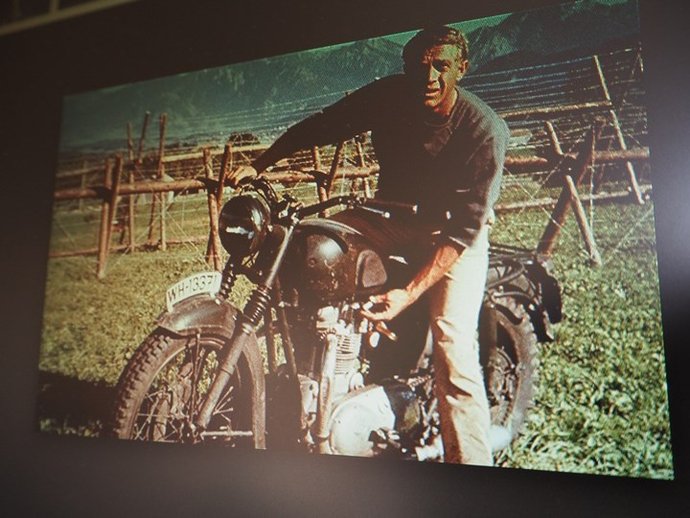 Making a break for it

The climb up Cairns Law was on an easier gradient than the initial climb up Fans Law and once on the top, I could see the 2km walk ahead of me to reach the trig point. 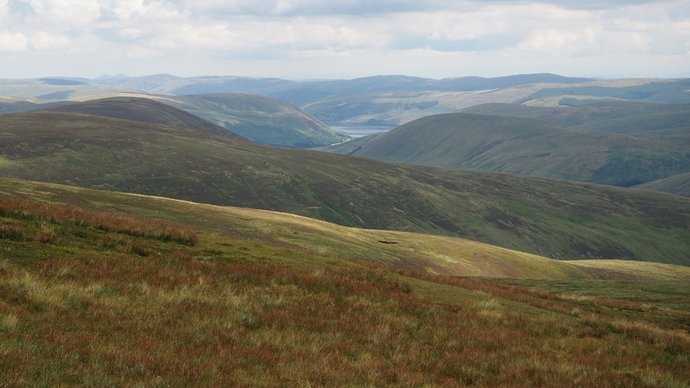 Looking over to St Mary's Loch

I was sticking to the east side of the fence then on the last little climb when the ground was a bit wet I switched over to the west side, returning to the east as I approached the trig point. It's a bit busy on top (not human busy - nobody in view) and the views are decent but by now it has clouded over a bit. 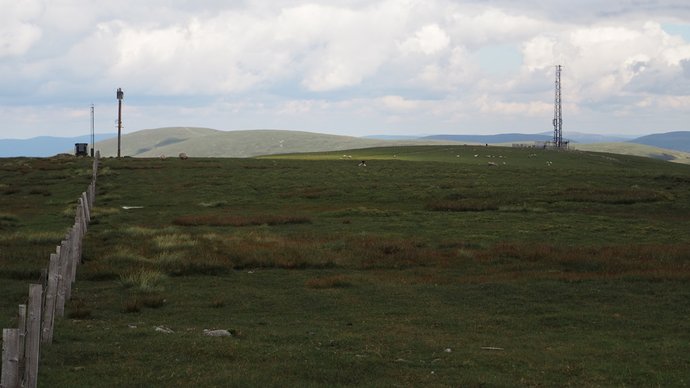 For the return it was just a case of retracing my steps and following the fence back to the car.

Not a lot to say about this hill, job done in 3 minutes shy of 2hrs so it's no great outing (at least from this starting point) but it was a good hill to tag on having done Lochcraig Head and White Coomb in the morning.

All that was left was to decide on my route home, either to head west and pick up the M74 knowing about the delays near Hamilton or to head for Edinburgh and the early Friday rush out of the city for the Forth Road Bridge. Decided on the Edinburgh option, nightmare journey, took for ever.

Re: Broad Law From The Megget Stone

Useful info for anyone bound for the Southern Upland Corbetts, Gordie.

Re: Broad Law From The Megget Stone

Cheers Simon - time for me to move to the other side of the M74 next.