Obviously there are literally hundreds between Fife and the far NW but after contacting Penny (my co-pilot) for the trip north, I opted for Ben Wyvis. The last time I was atop Wyvis was March 2014 en-route to another WH meet and the weather was not what you would call friendly, howling gale and a whiteout. I was hoping as we are in the midst of a scorching summer I would get some great views this time round

Read on to find out what transpired, I am not going to spoil the ending

I had been in touch with Martin (not sure what user name he is using this month) and we arranged to meet in the car park some time after 10am, as we were planning to refuel in Inverness - not just the car

Hugh had contacted me on FB and said he may join us and who should we meet in the foyer (on his phone), you guessed it Hugh.
As with previous visits I was duly filled up and that saved a wee bit of weight in my rucksack as all I carried were emergency supplies

After breakfast Hugh said his goodbyes as he was off to tackle a tiny little hill somewhere, whilst we headed NW to the Wyvis car park and arrived to find Martin just about ready, however his female companions (Jessica (wife) & Katie (sister-in-law)) were 'almost' ready

I haven't drawn the route as we stuck to the path all the way up like limpets, I know this is unusual but Penny will back me up 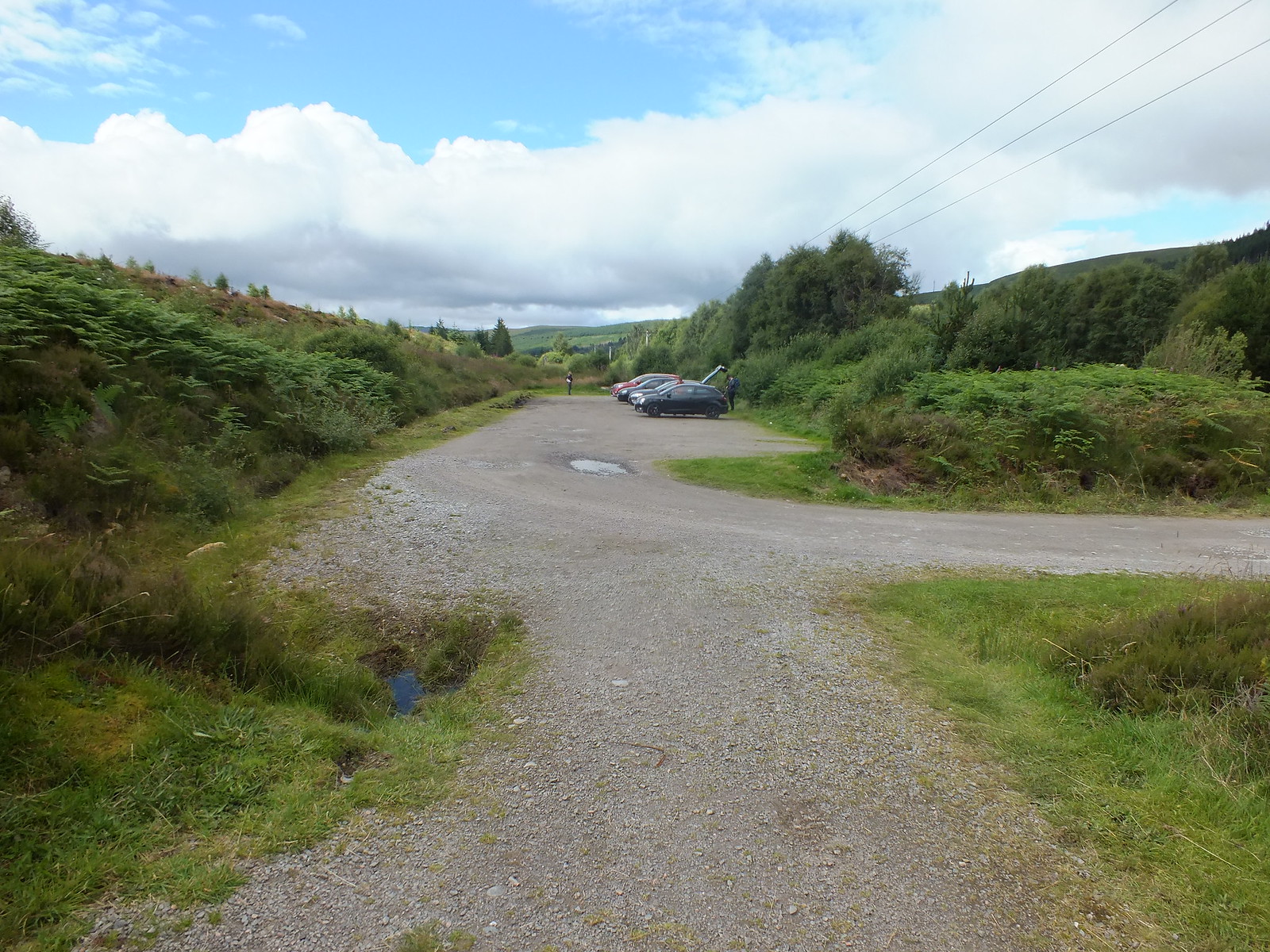 Car park photo whilst waiting patiently for the ladies 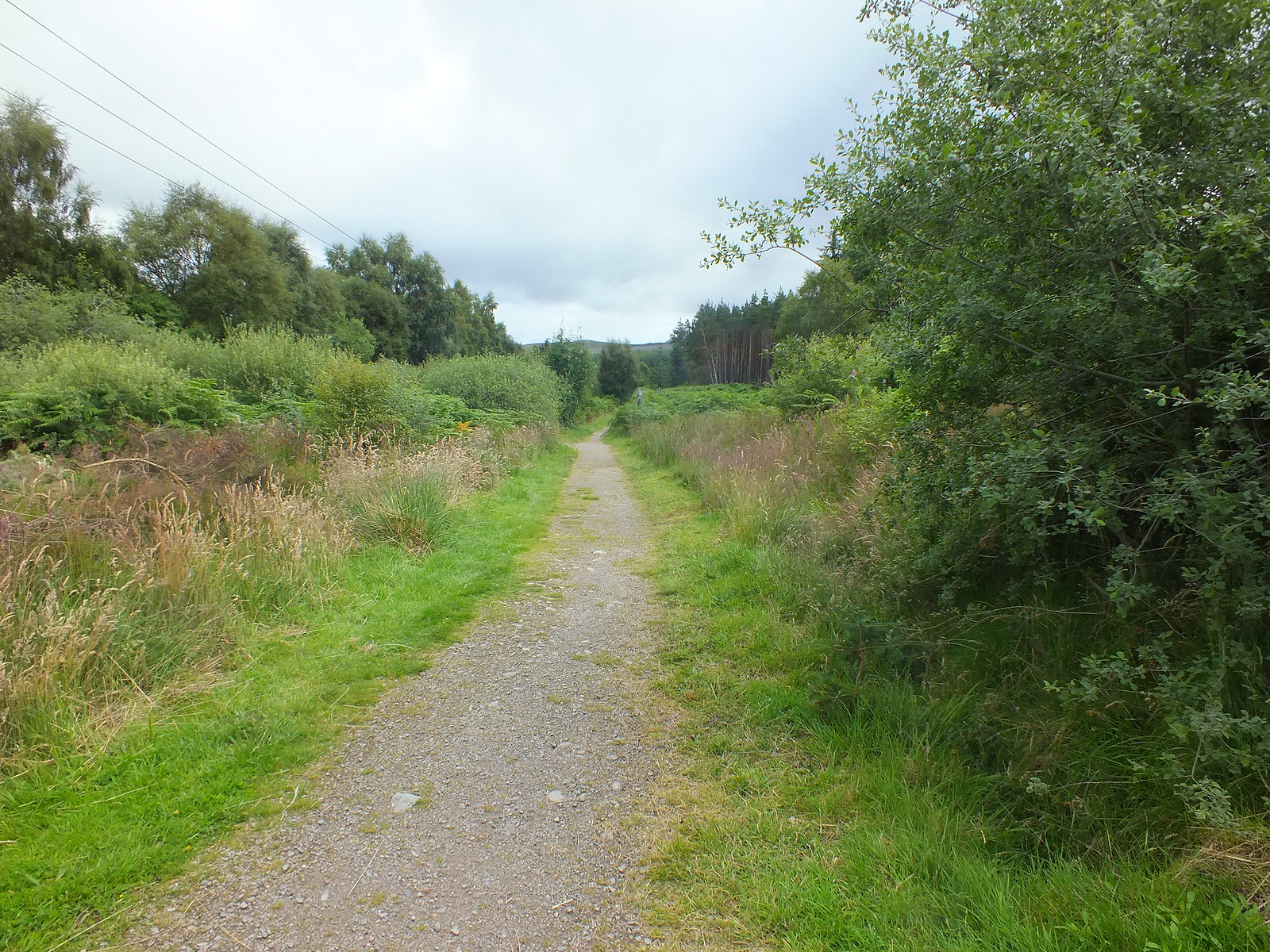 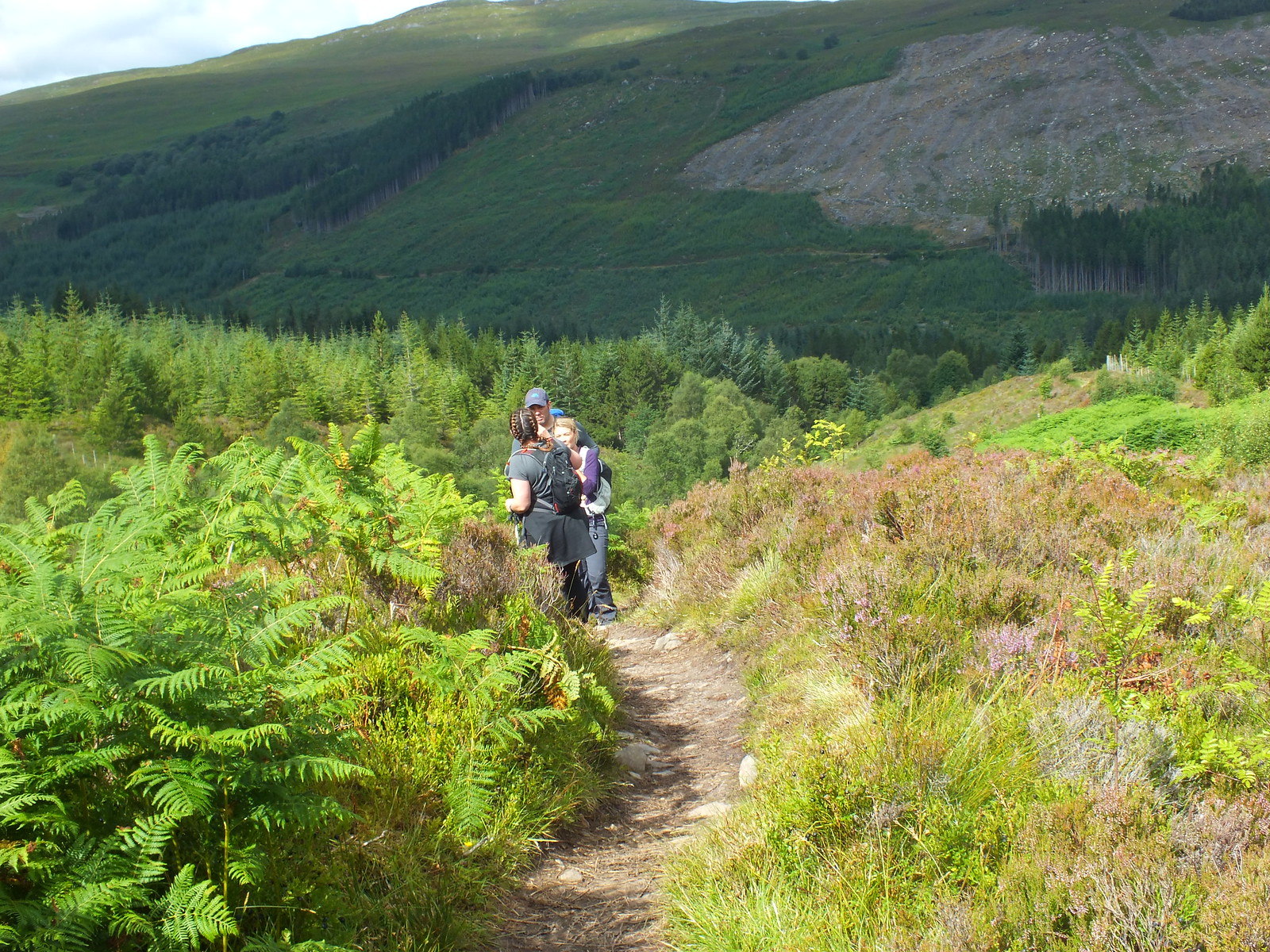 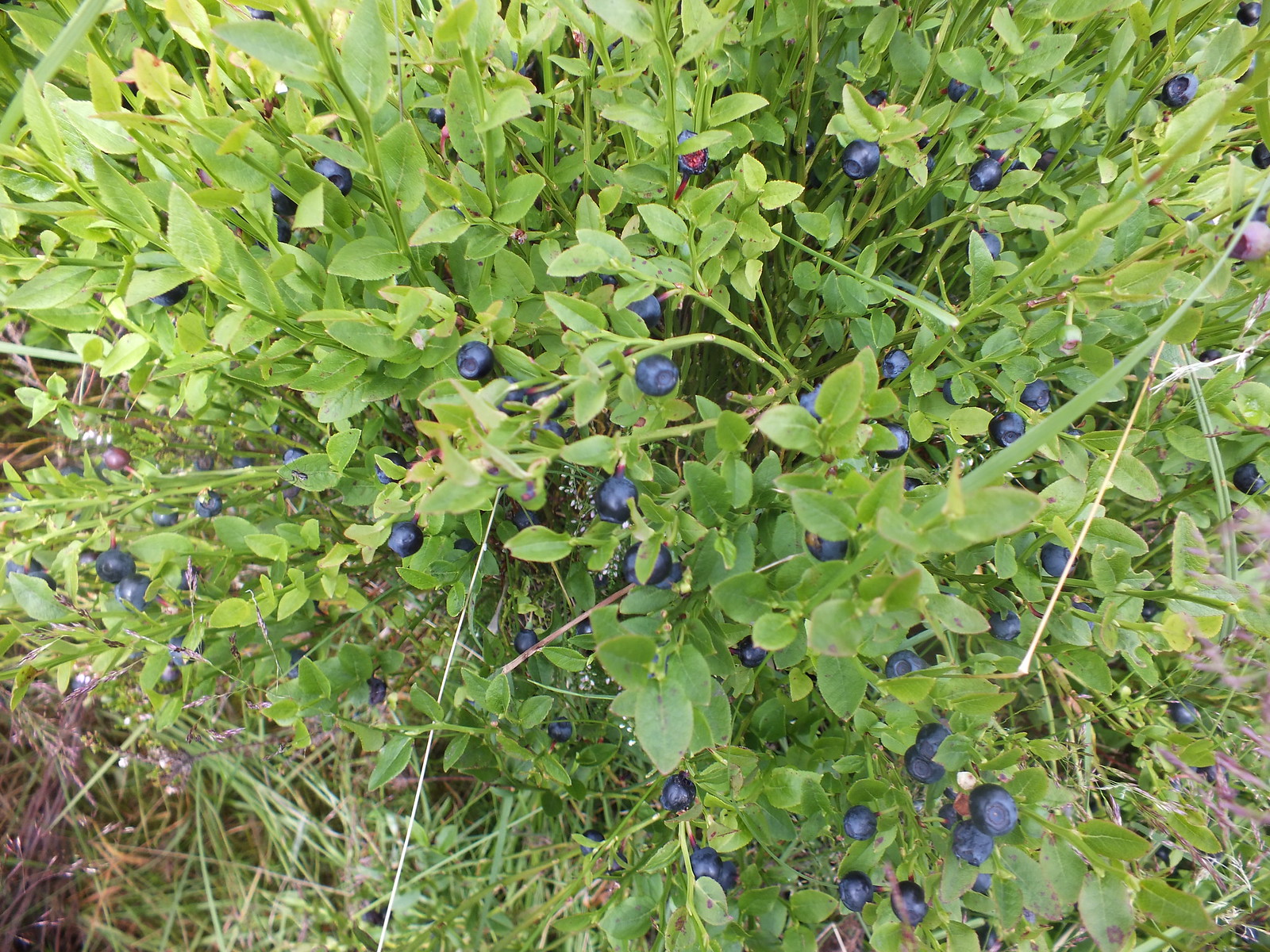 Plenty of vitamin C, they were delicious

For anyone who has not visited Ben Wyvis, the path is very well made and obviously a busy hill. Higher up there are large rocks which set in the side of the hill and is just like going up stairs - very similar to the "Wee Bookil" 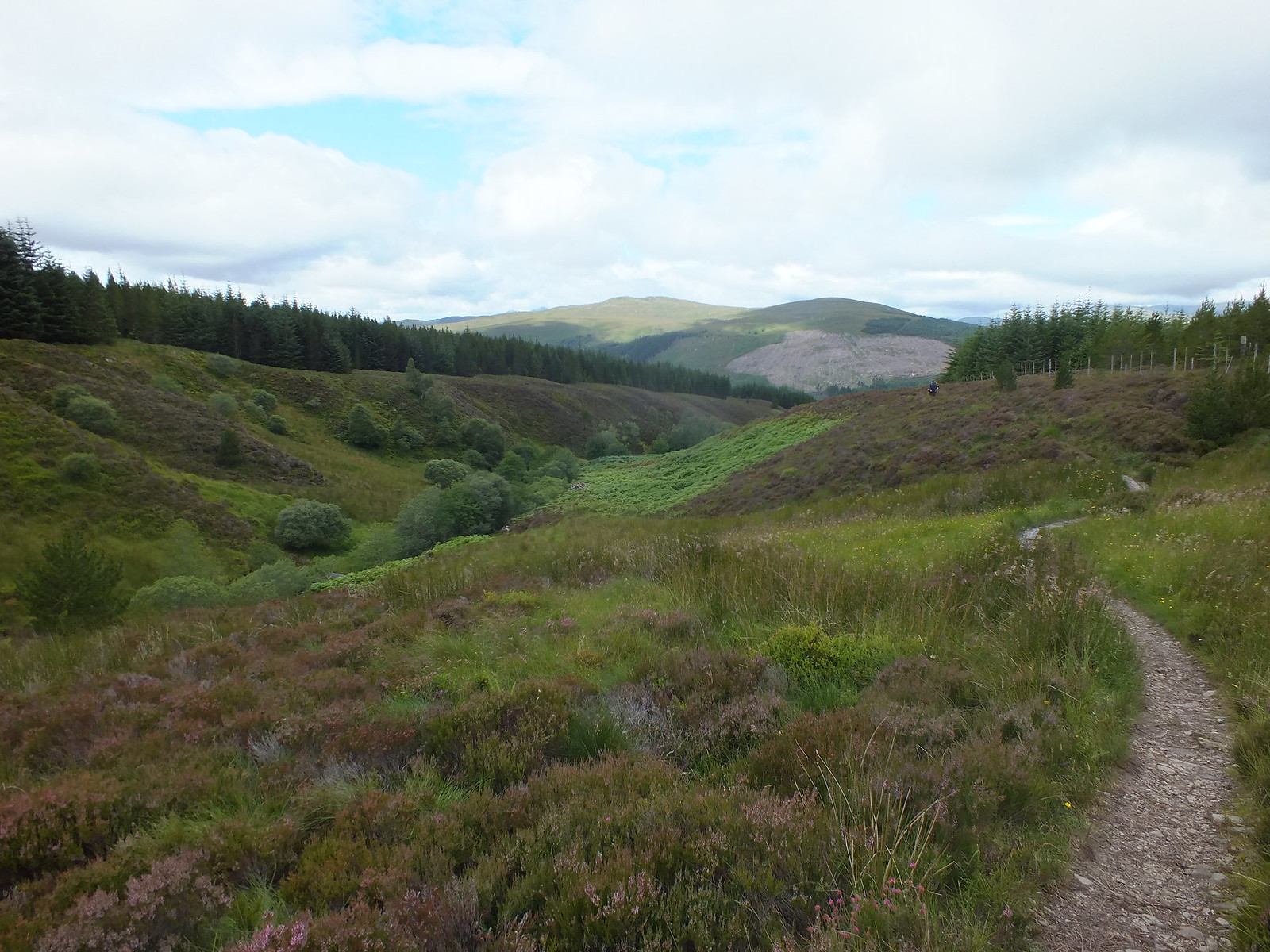 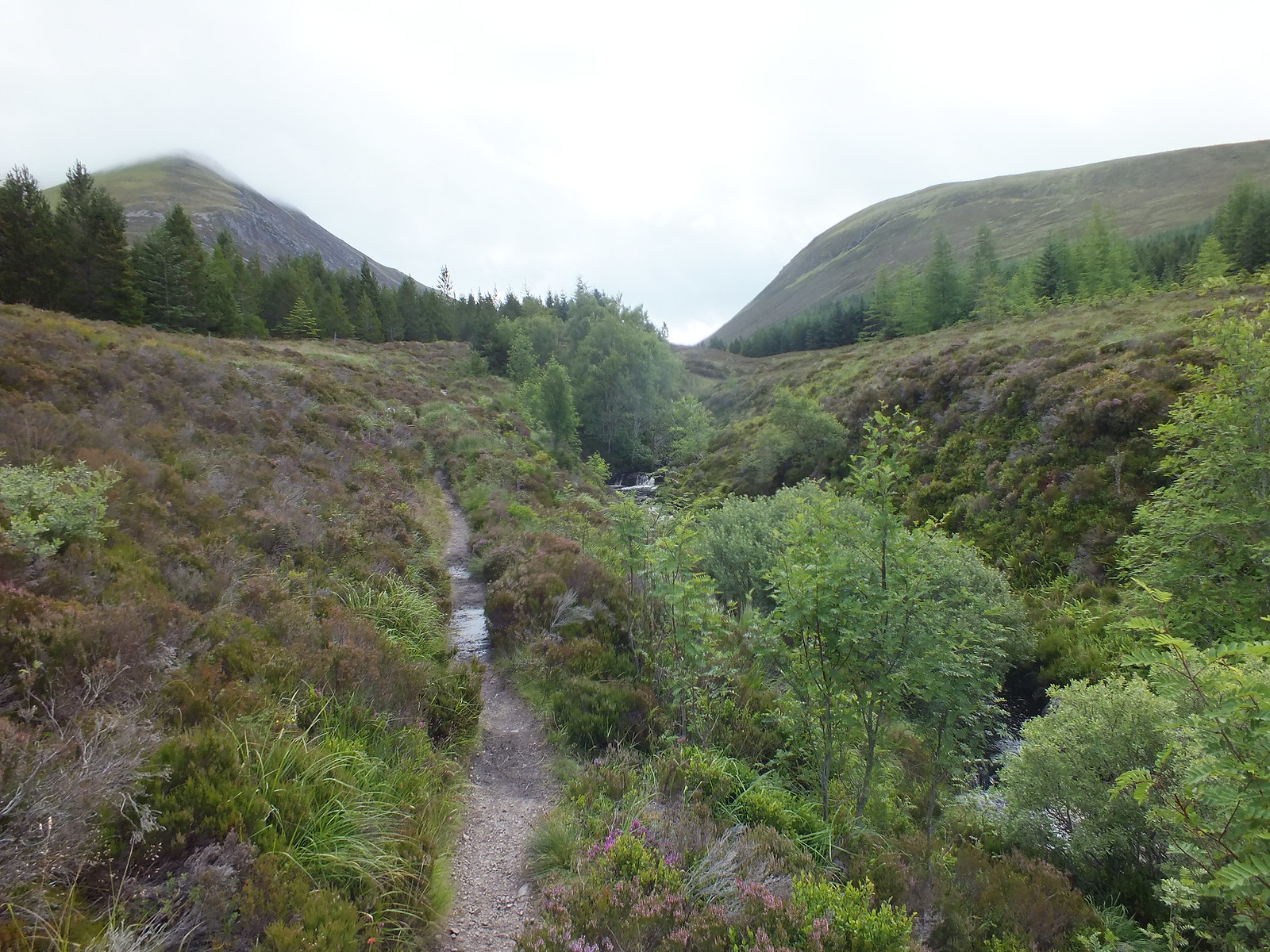 The way ahead, Ben Wyvis on the left 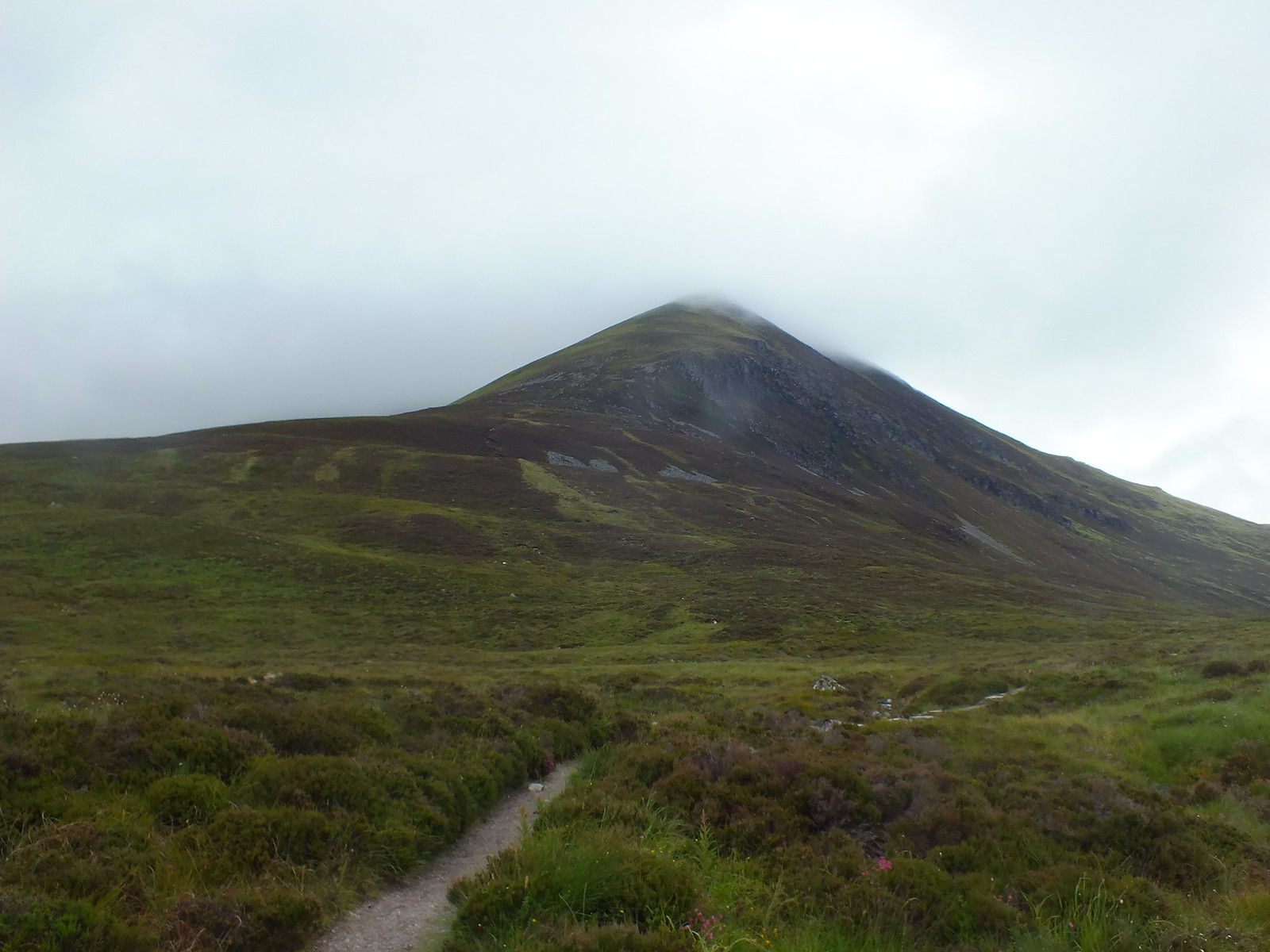 Not looking too good for views 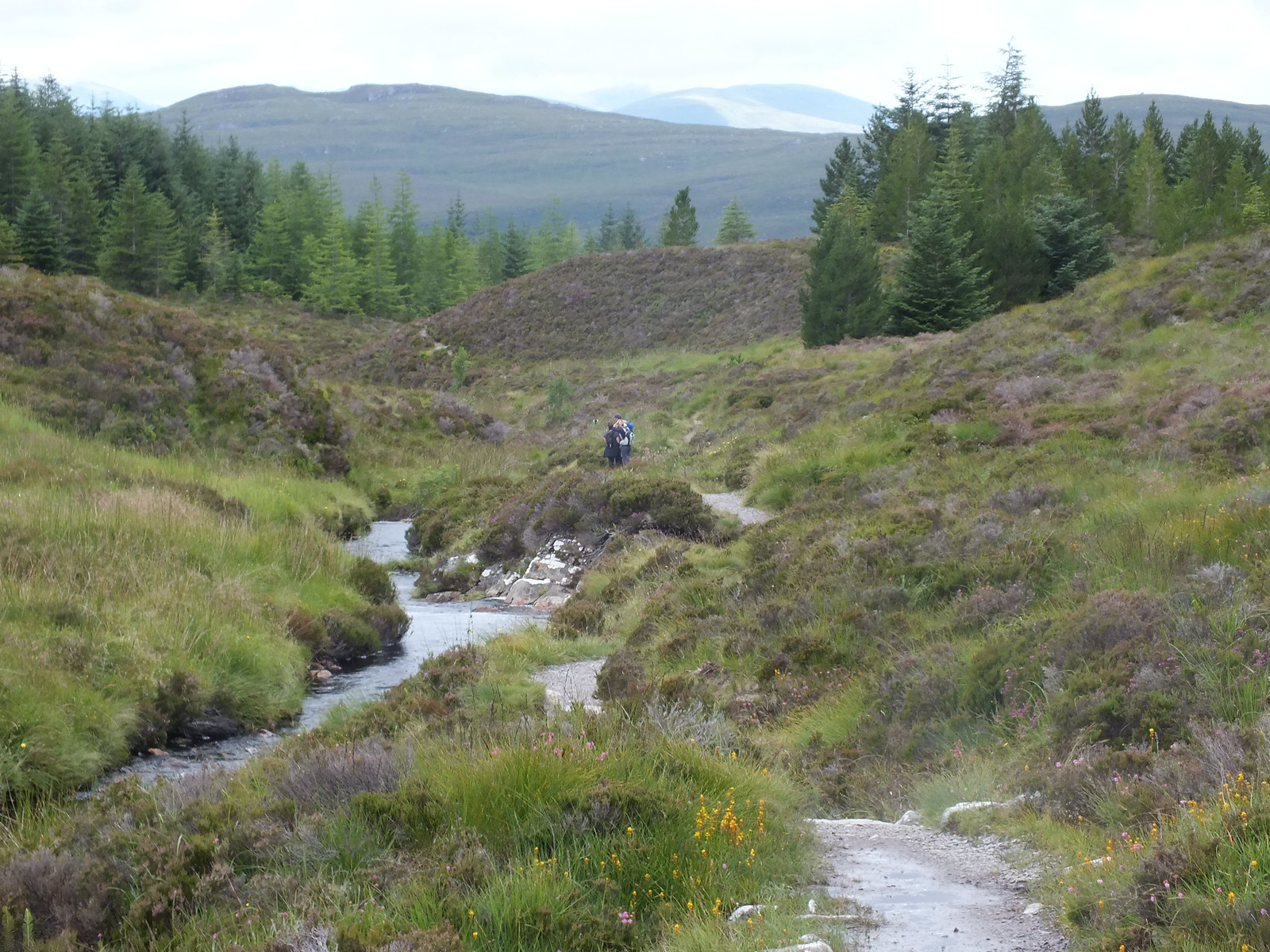 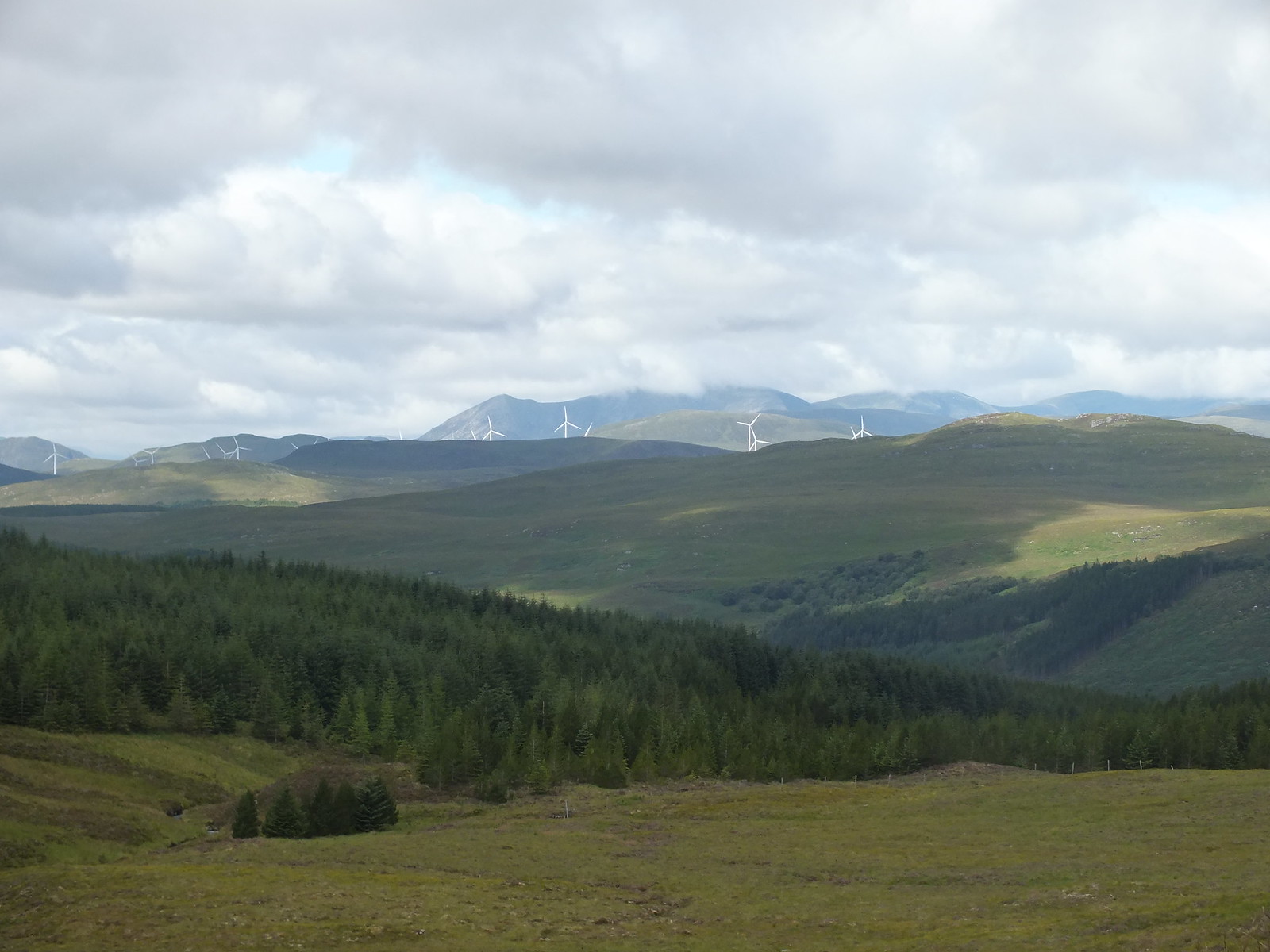 How to ruin a great view 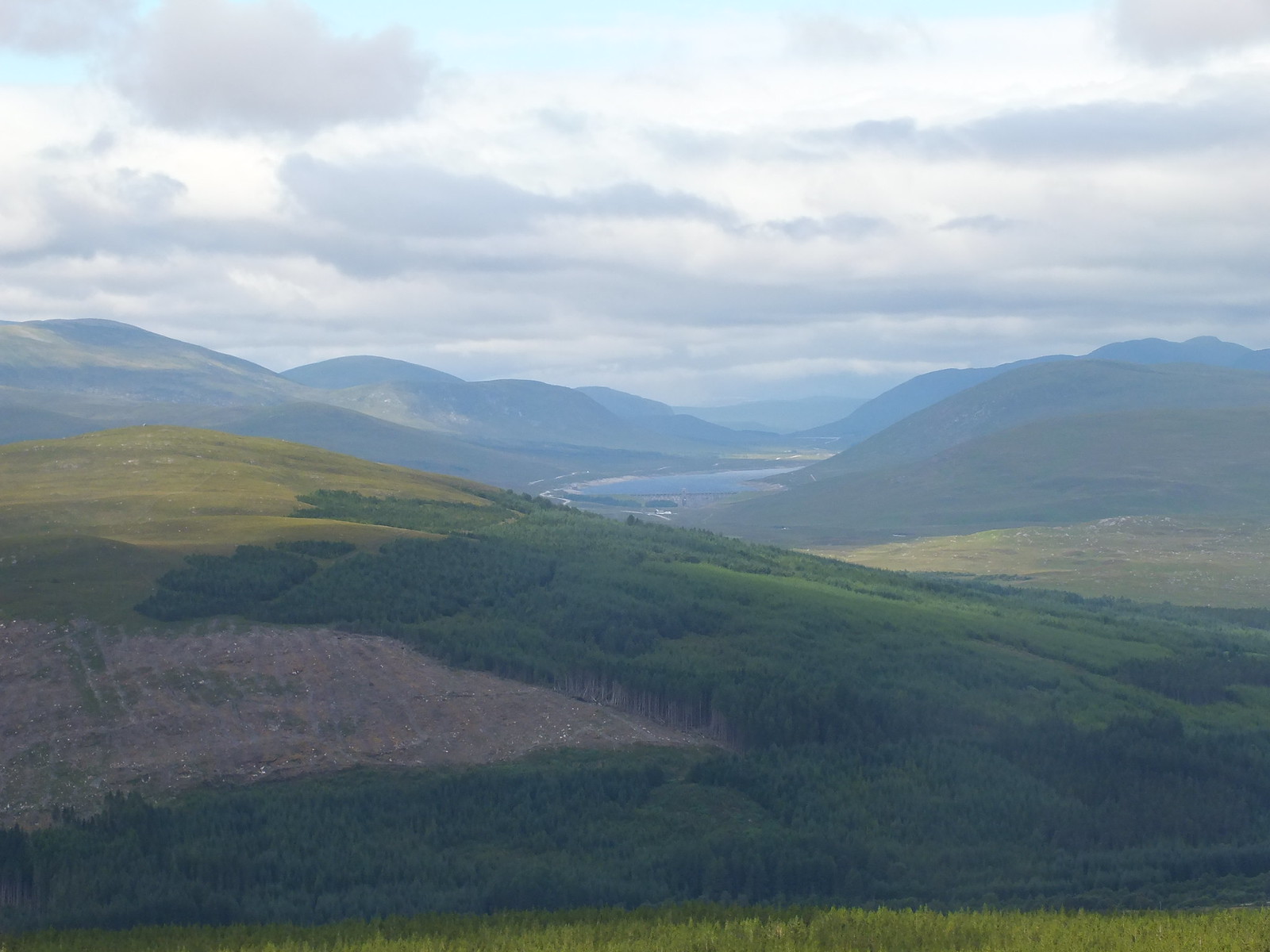 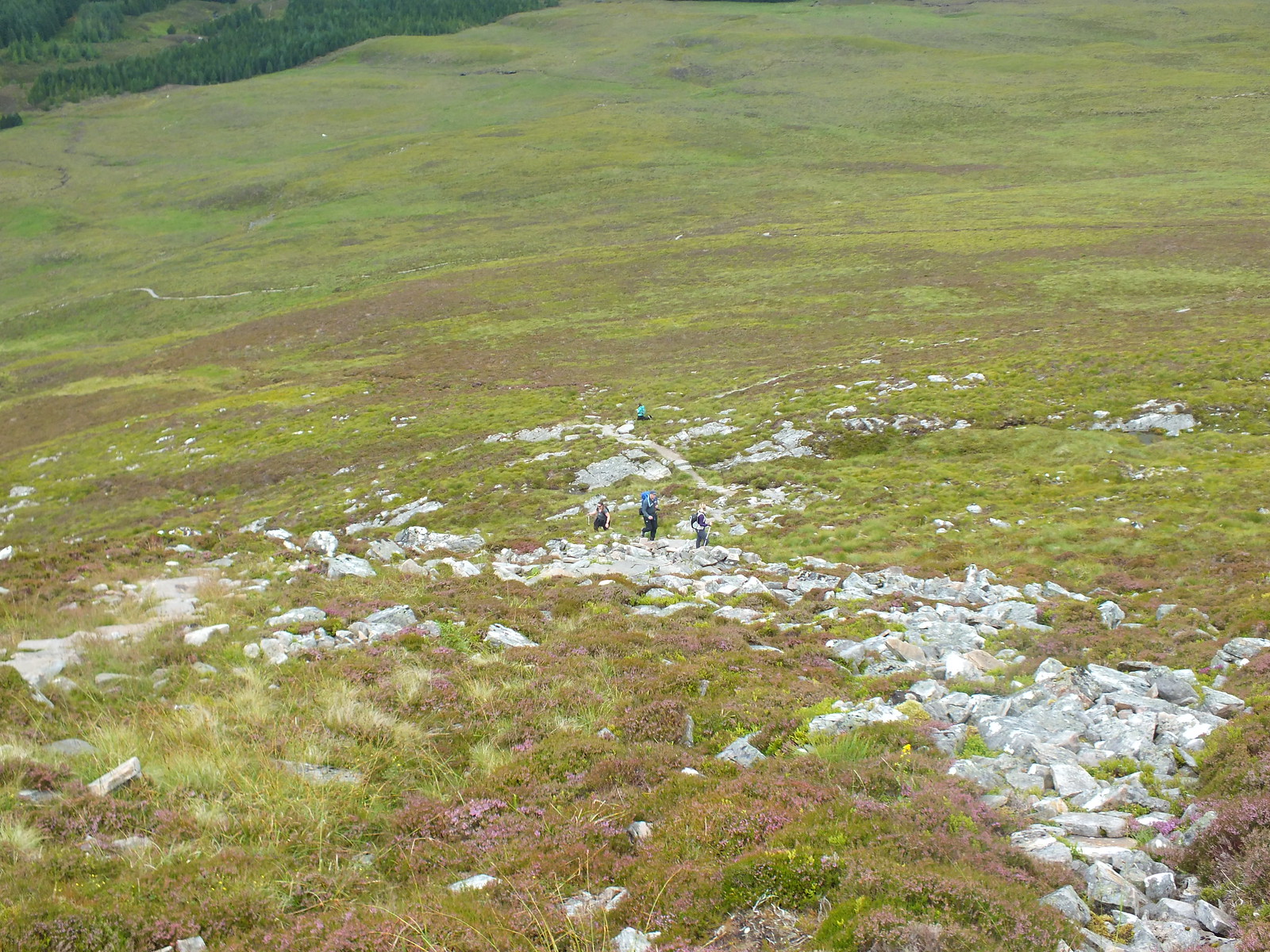 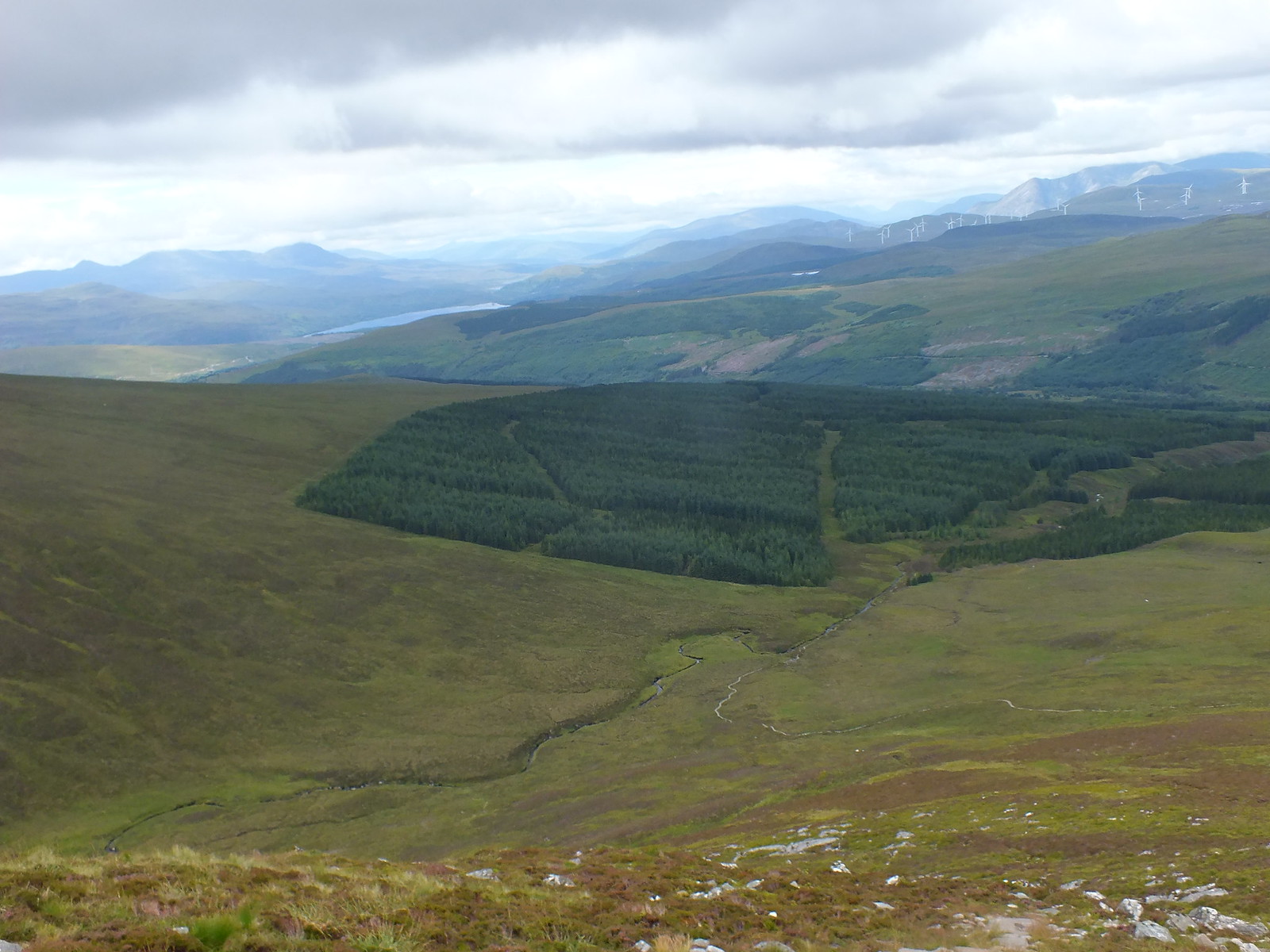 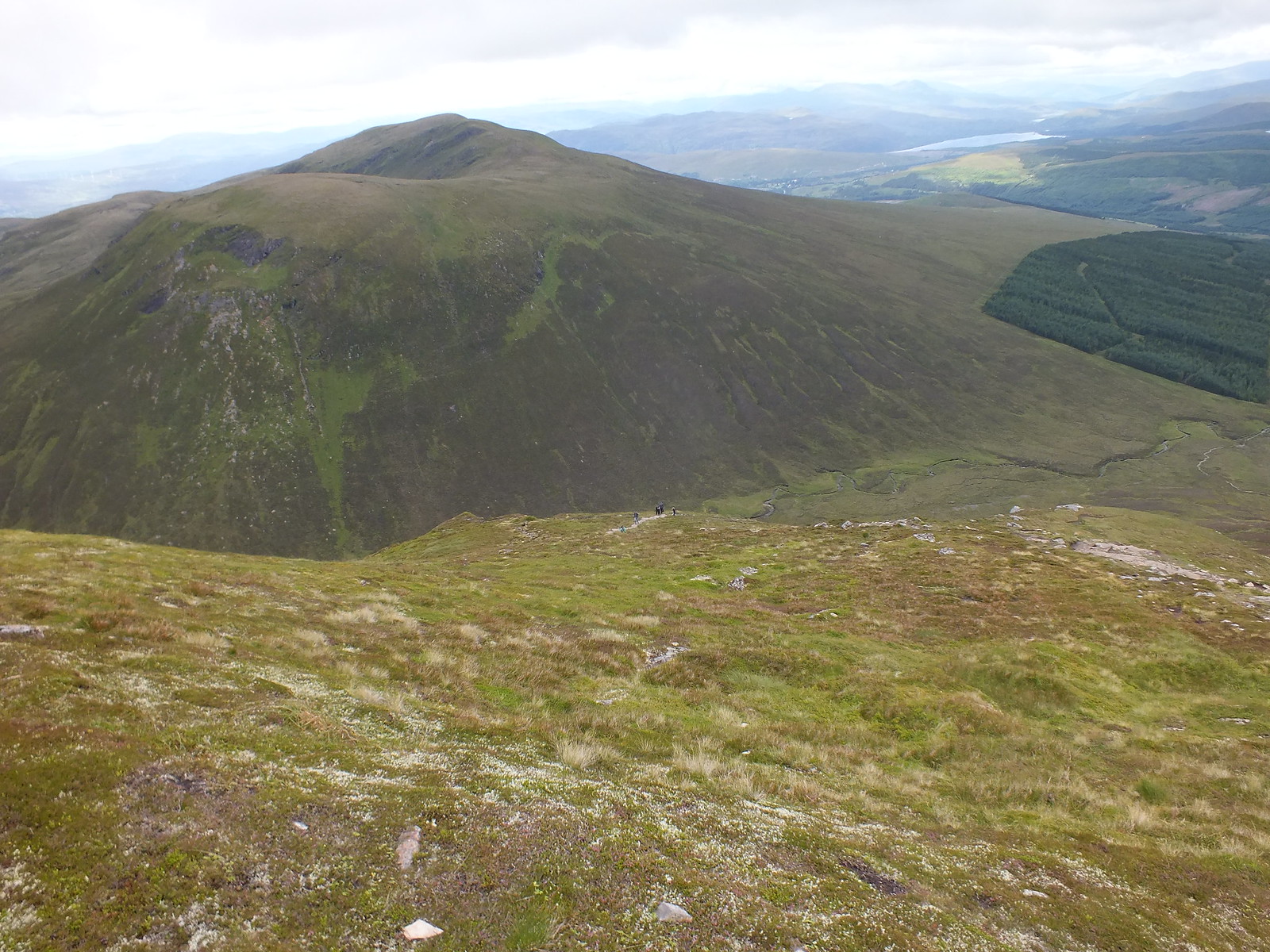 Looking across to Little Wyvis 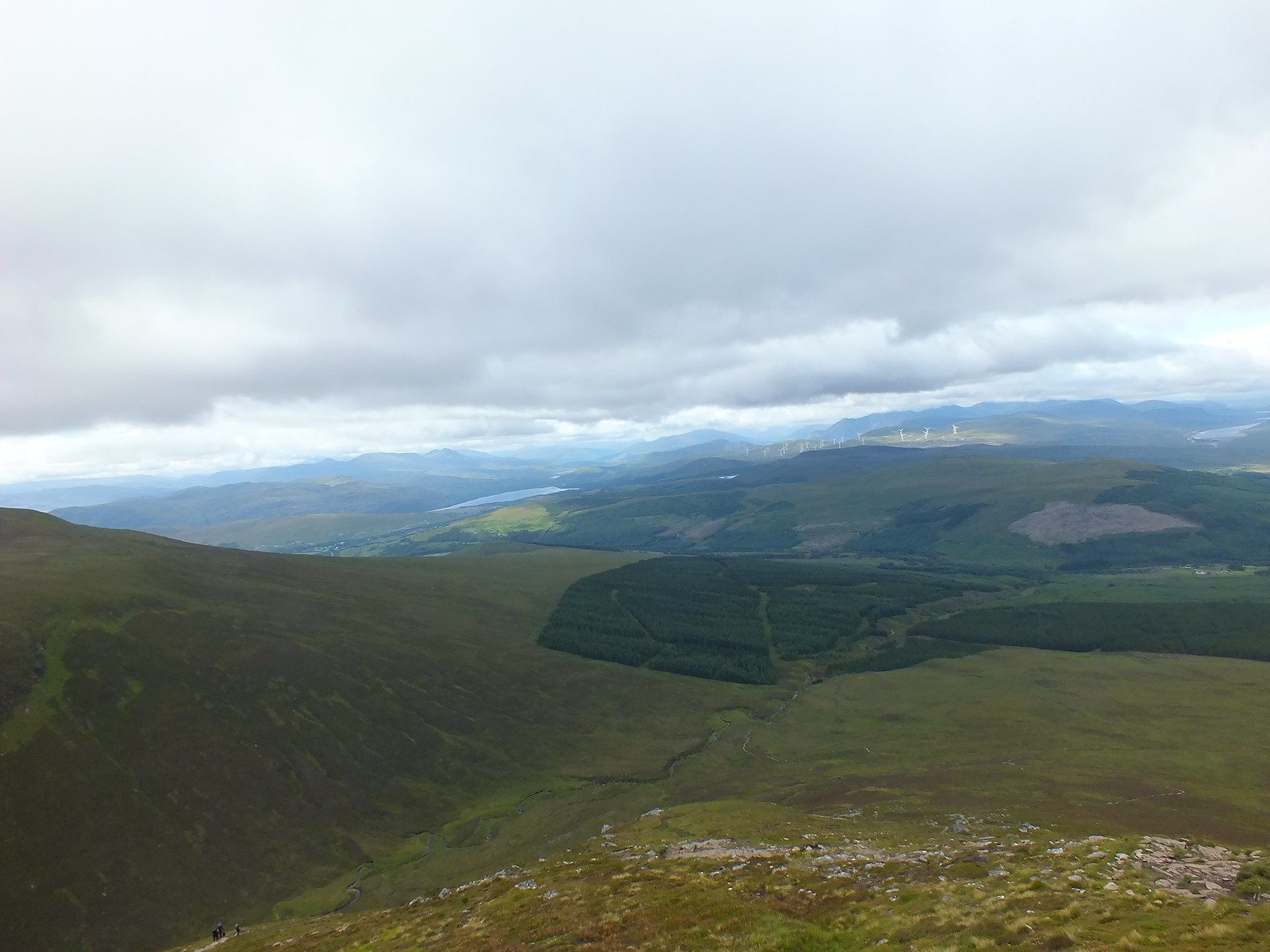 Looking back again from a bit higher up 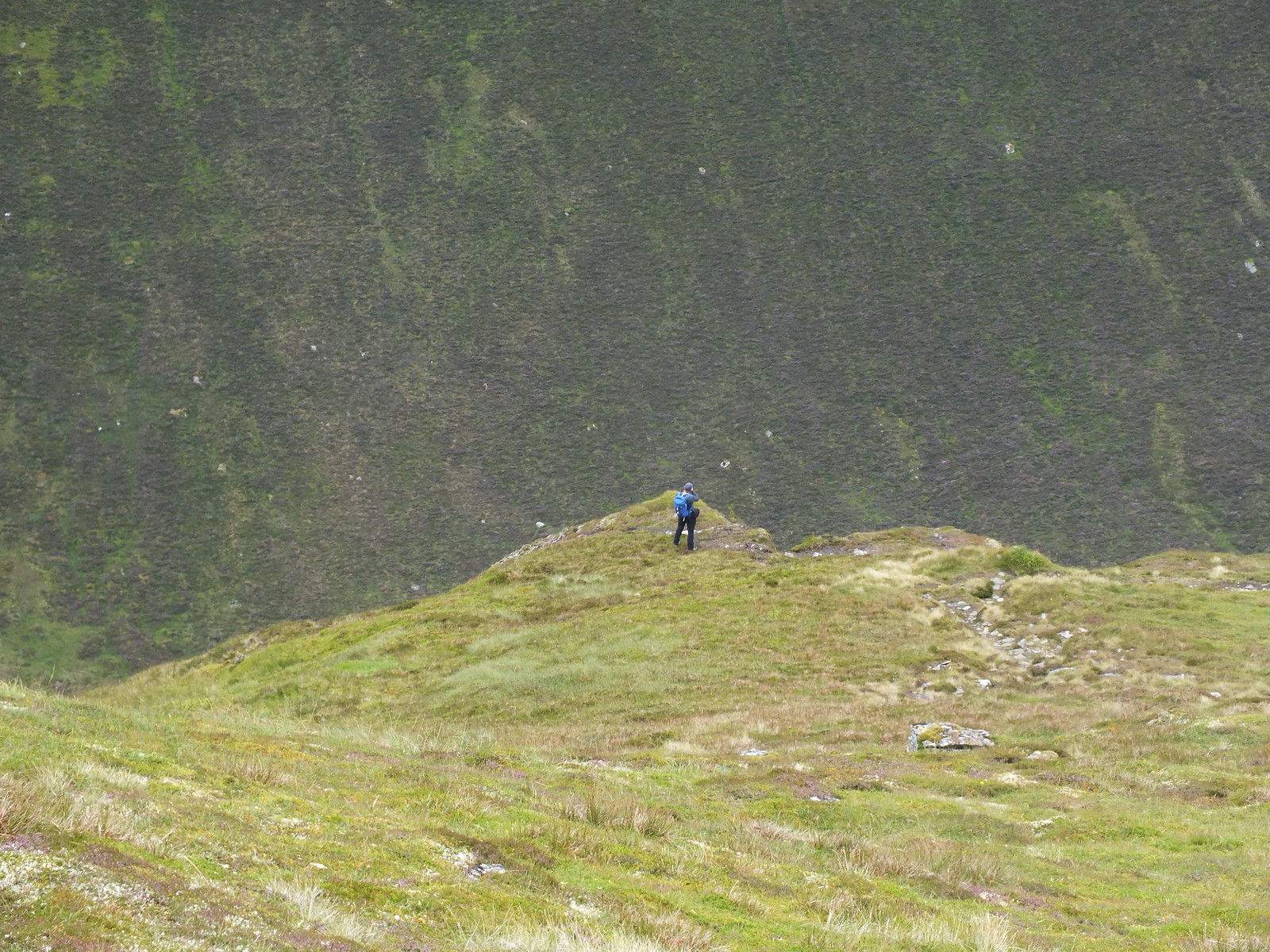 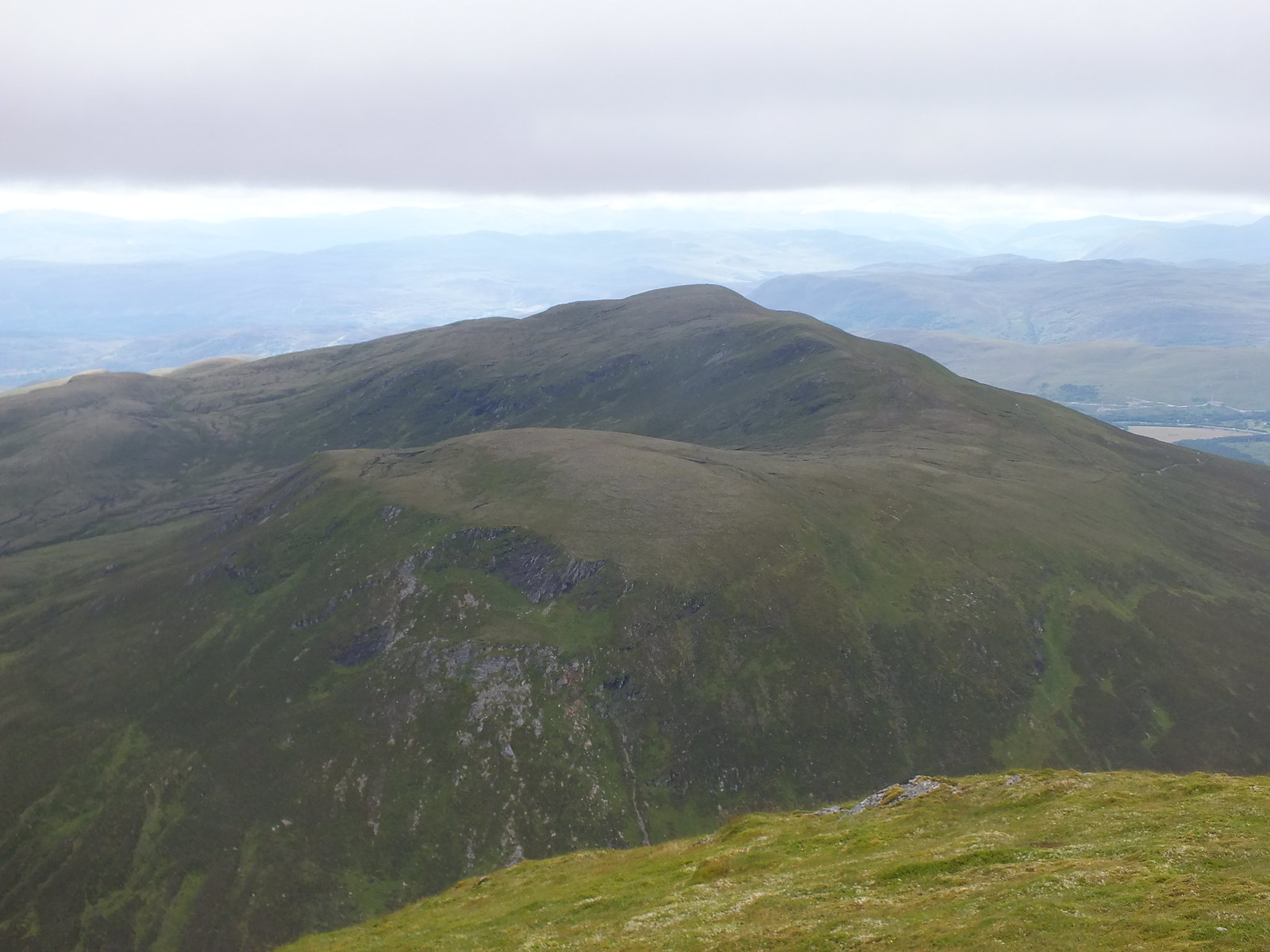 Looking down on Little Wyvis 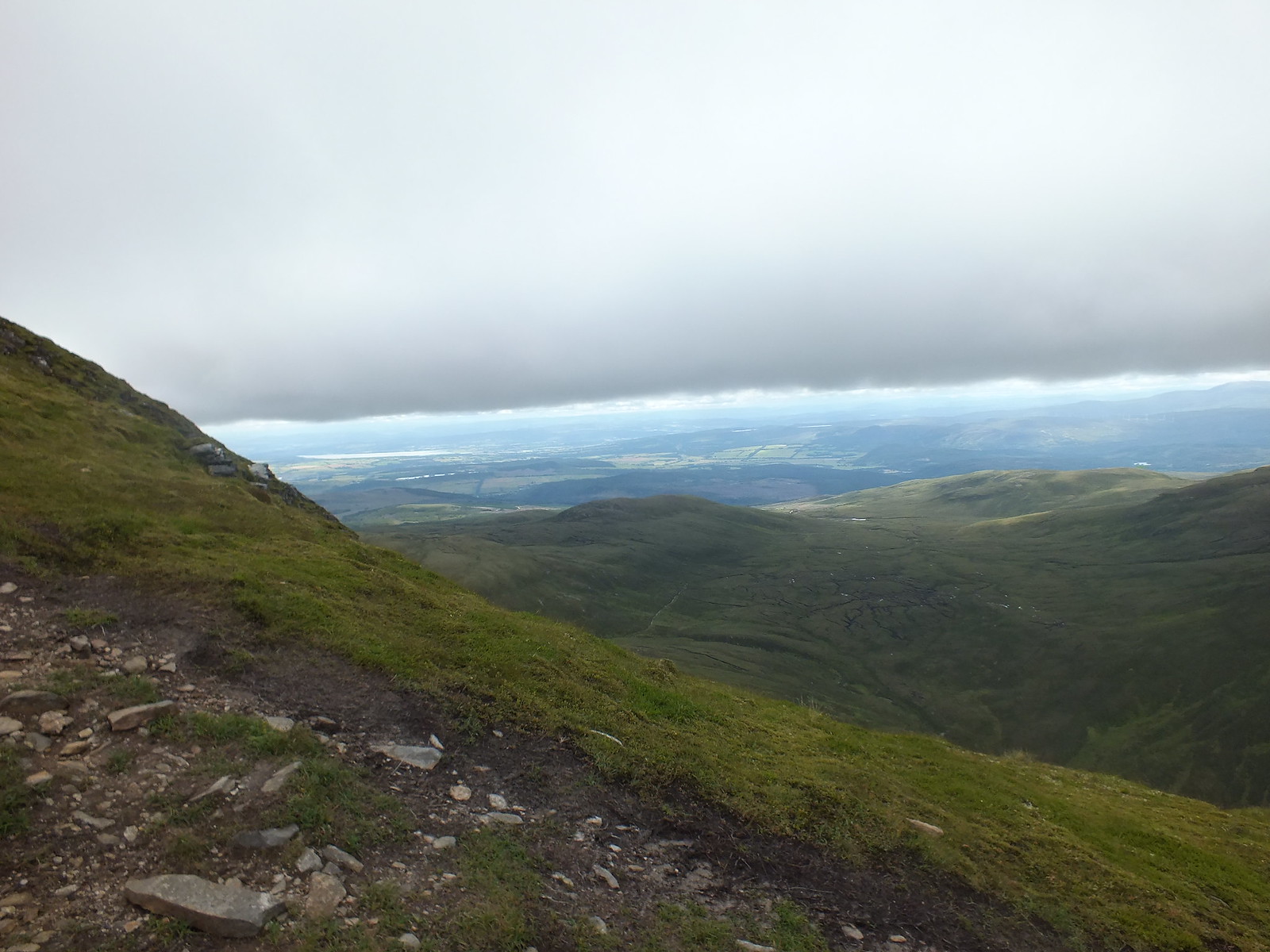 Looking south and about to enter the cloud 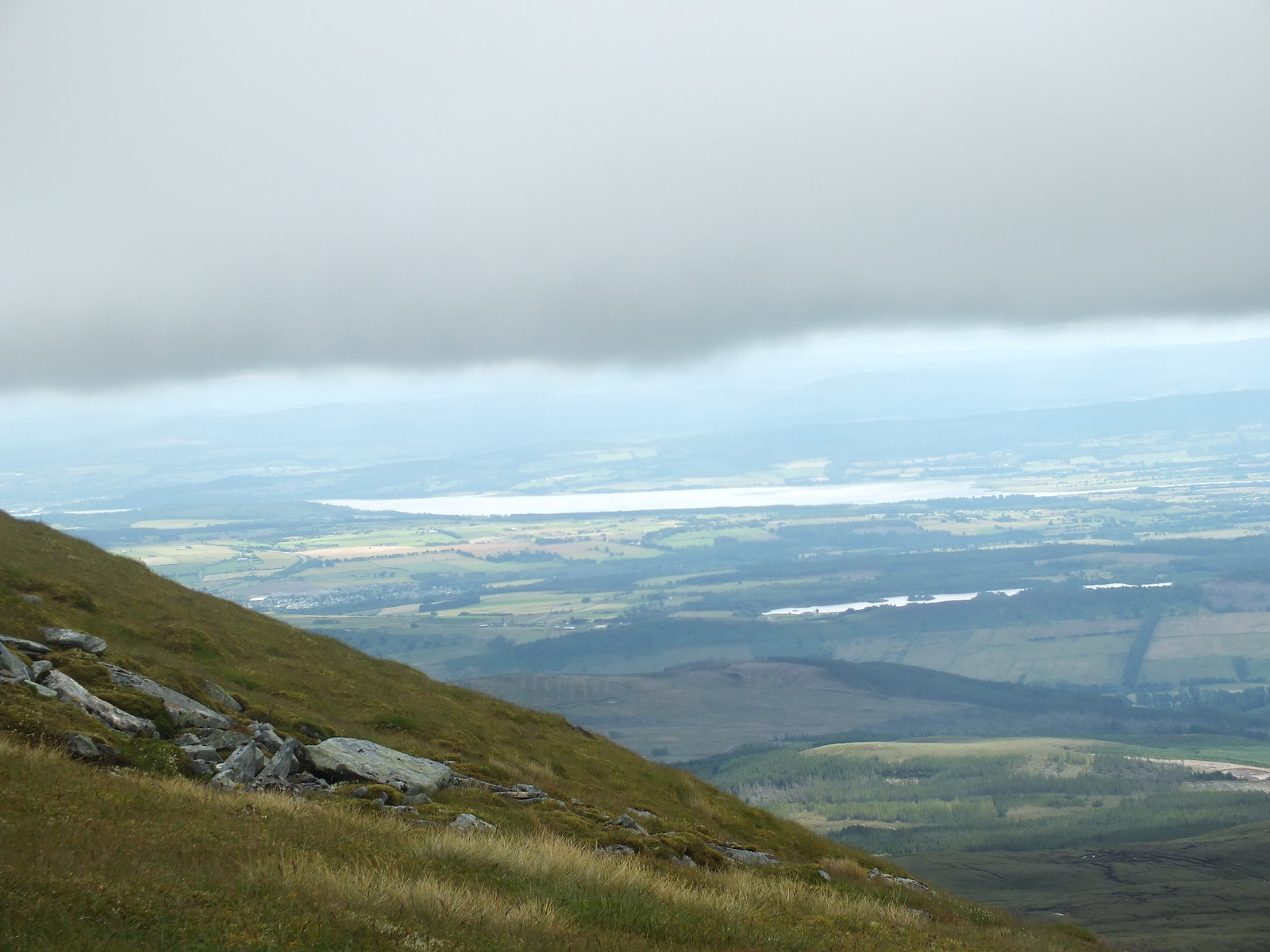 Last photo before the summit

As we gained height it was getting much colder so we had to layer up. Penny and myself left Martin and his girls to soldier on at their own pace, we were planning to wait for them on the summit, it was a cunning plan but it was far too cold - even at the end of July, to hang around

We entered the cloud just below An Cabar at about 900m and that was the end of the views until we returned the same way later.
One thing for sure is that the weather was much, much better than my last visit as that was a real challenge, very strong wind and snow showers and no views. Maybe because it was such a trudge last time, I didn't remember how far it was from the first of the large cairns on the summit plateau to the summit trig

I have just measured the distance and it is 2.29km which makes it quite a large summit area

After taking a couple of photo's and chatting to a lady who arrived with 2 dogs, we decided to head back down. We met the stragglers about halfway back along the plateau, had a quick chat and then headed for the last of the cairns. 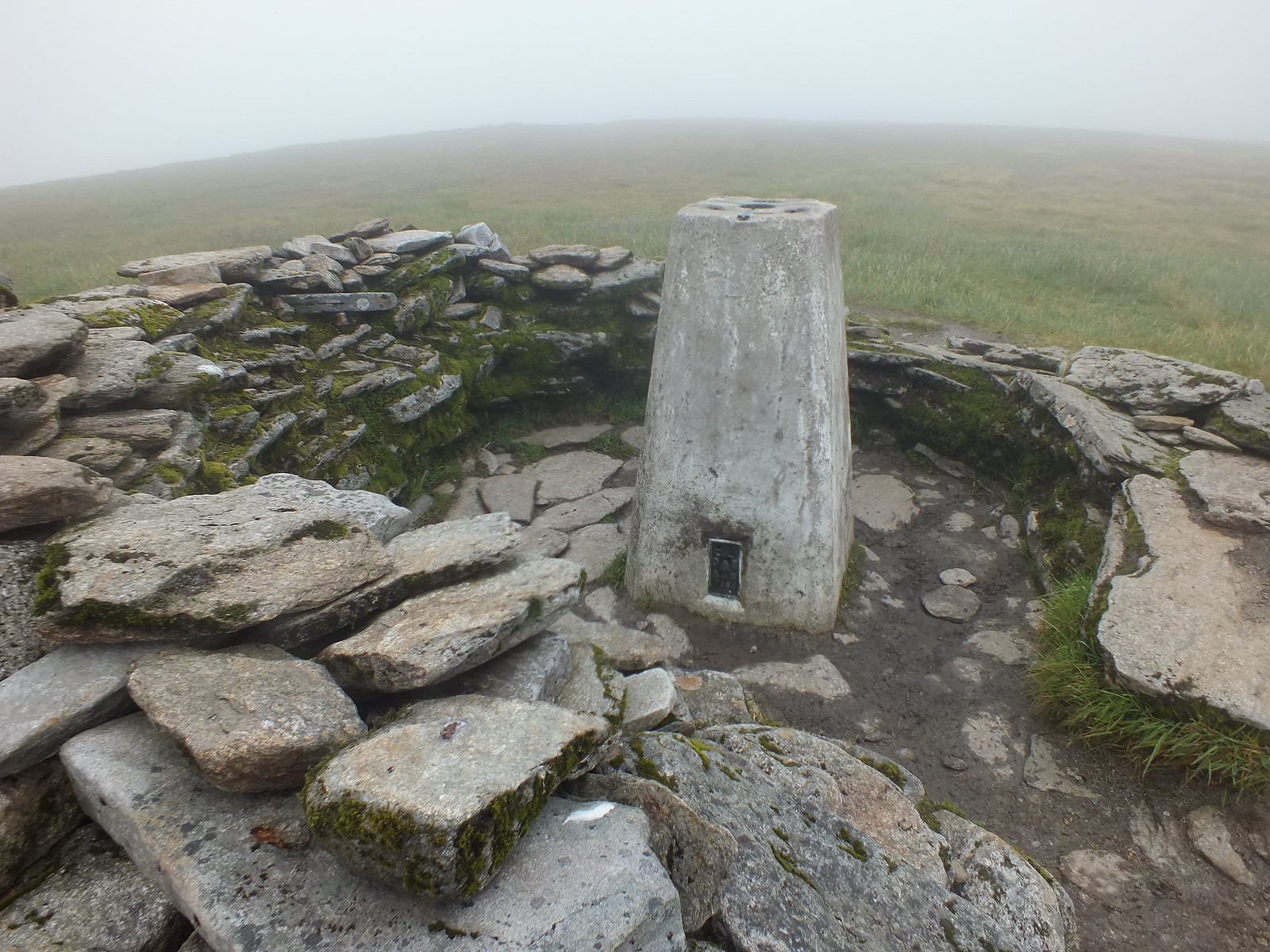 I had been intending, half heartedly to nip across and visit Little Wyvis but I opted against that plan and save it for another day when I am passing

Ben Wyvis is a great walk and I am sure the views are superb, it just means I will have to return again

Thanks to Penny for her company, as well as Martin, Jessica and Katie not that we got much of a chance to talk

One good thing about getting back to the car fairly sharpish was that we hopefully be able to get to Inchnadamph before the majority, both Penny and I were hoping to baggsy a bottom bunk - we were both successful

Looked like a decent enough day, amazing how cold it gets in July right enough. Was that blueberries on the bush ?

Nice Report Mr. B.
The girls enjoyed the walk, although Katie was a little disappointed to not get any summit views on her 1st Munro.
She certainly commented on the height of a hill having no bearing to the level of effort required, or the weather condition you can face.

She may be used to trekking down into the Grand Canyon, or high into the Sierra Nevada's back home, but the caption for her summit picture, posted on Instagram, summed it up perfectly.... Scottish Mountains Are No Joke.

As for usernames, MG1976 will soon be gone.
M4RTIN is currently working hard to we-write all my reports, of which there are many missing, in a nice neat & tidy chronological order.

See you on Mull