Elgin to Keith on the bike - with the odd hill

Elgin to Keith on the bike - with the odd hill

A poor forecast loomed for the western hills, but Sunday out in Moray looked to be quite reasonable. I had managed to book my bike on the train the night before and shortly before 11am I was leaving Elgin in warm sunshine and a brisk cross-wind. It was definitely a day to be heading mostly east.


Aigan and Brown Muir.gpx Open full screen  NB: Walkhighlands is not responsible for the accuracy of gpx files in users posts
Thomshill Distillery - first of many: 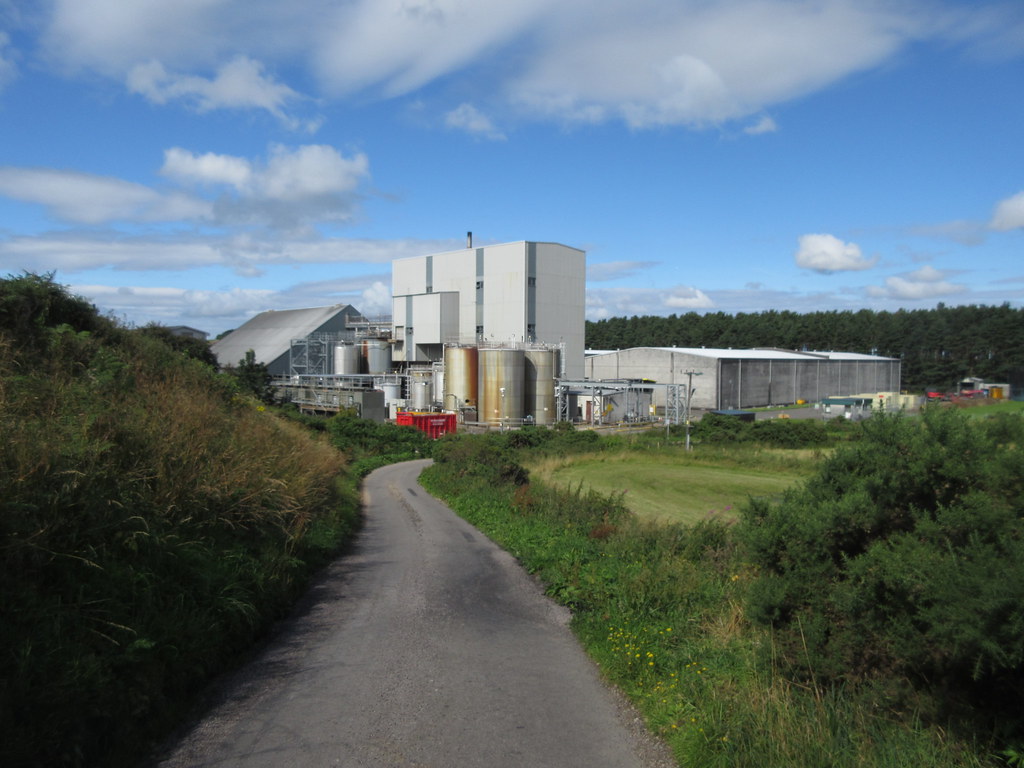 Pleasant cycling out the back of Elgin brought me to the A941, which was roaring with noisy bikers. Once across the road, I began climbing through the trees above Millbuies fishery, before my 'track' turned to an overgrown break through the forest. This was OK for a bit of pushing until I left the trees, after which it became a waist-deep bed of nettles. Once I had negotiated these, a climb over a big gate took me onto a much better track. I should have used this from the distillery at Coleburn instead of going through the woods. 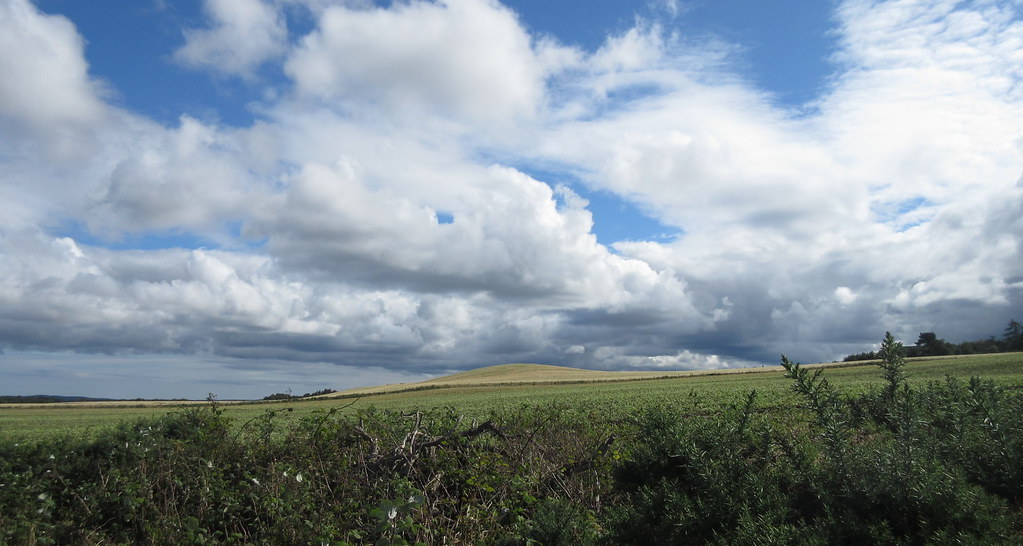 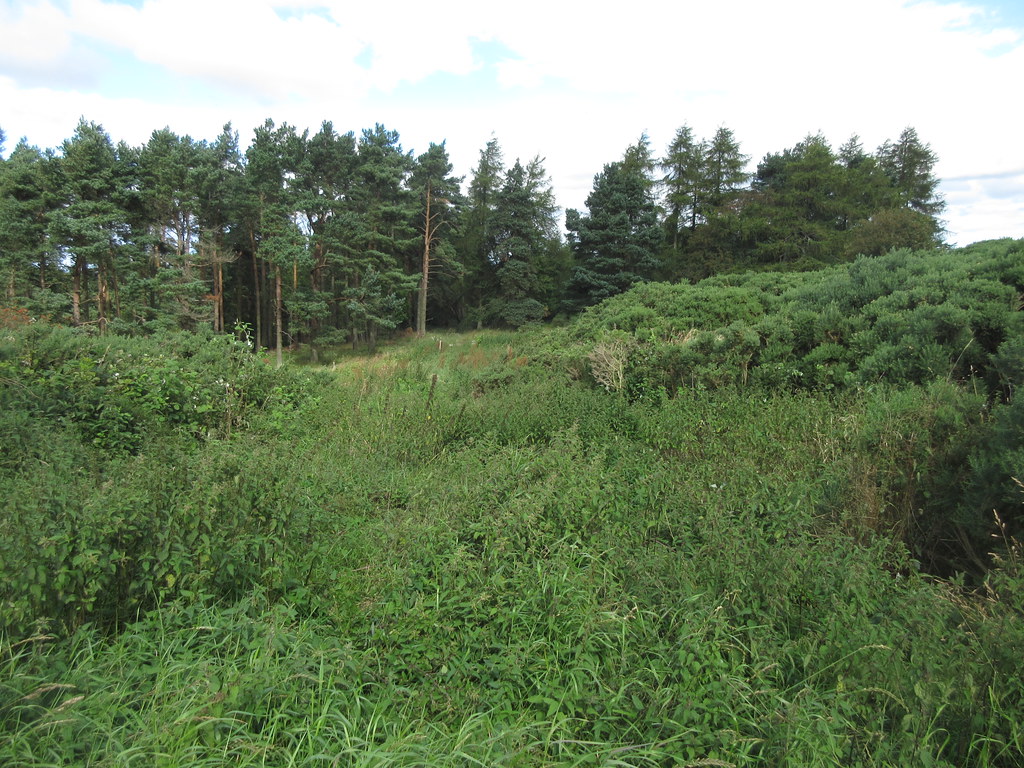 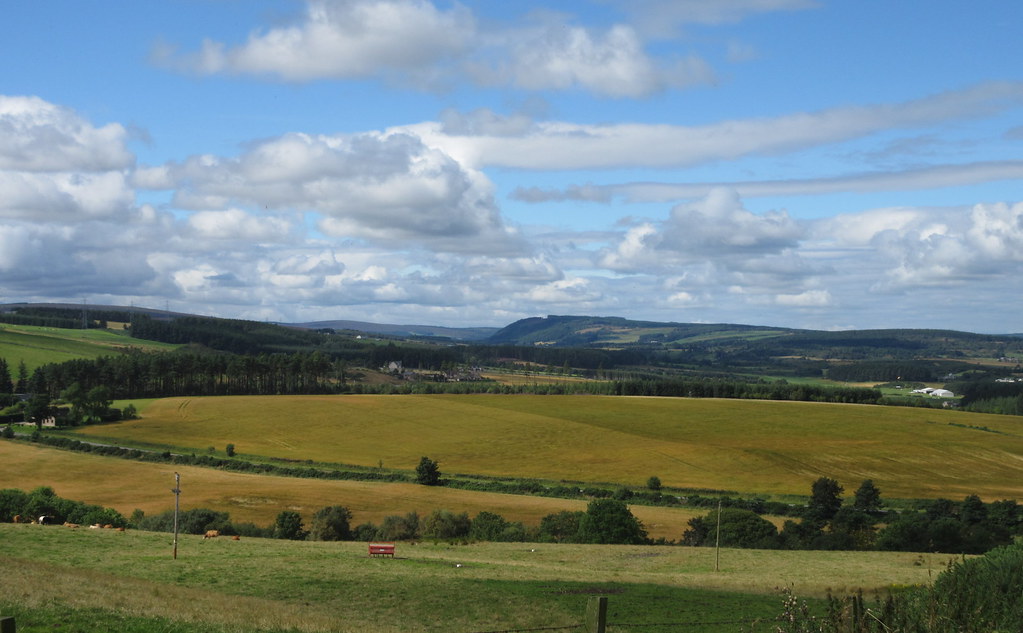 I followed the good track for a bit, hoping it would allow me to cycle all the way up Brown Muir. It did nothing of the sort, first reverting to long grass, then more nettles, then finally gorse and small trees. At this point I had to take a gap in the fence and push the bike through the ploughed field immediately to the north. More of this followed, with the track down to Angus House Farm needing to be crossed (it was also completely overgrown). I eventually managed a slightly circuitous route to Humbreck, where there was at least a half-decent track out. However the marked track up Brown Muir was another overgrown one, so I abandoned the bike here. Rather than follow the track, I found a gap in the gorse bushes and made a beeline for the summit through deep heather. This was quite hard going! Eventually I hit a good access track that led to the radio mast it appears that it must start somewhere different to what the map shows (other reports since read show that it starts near Teindland Mains). 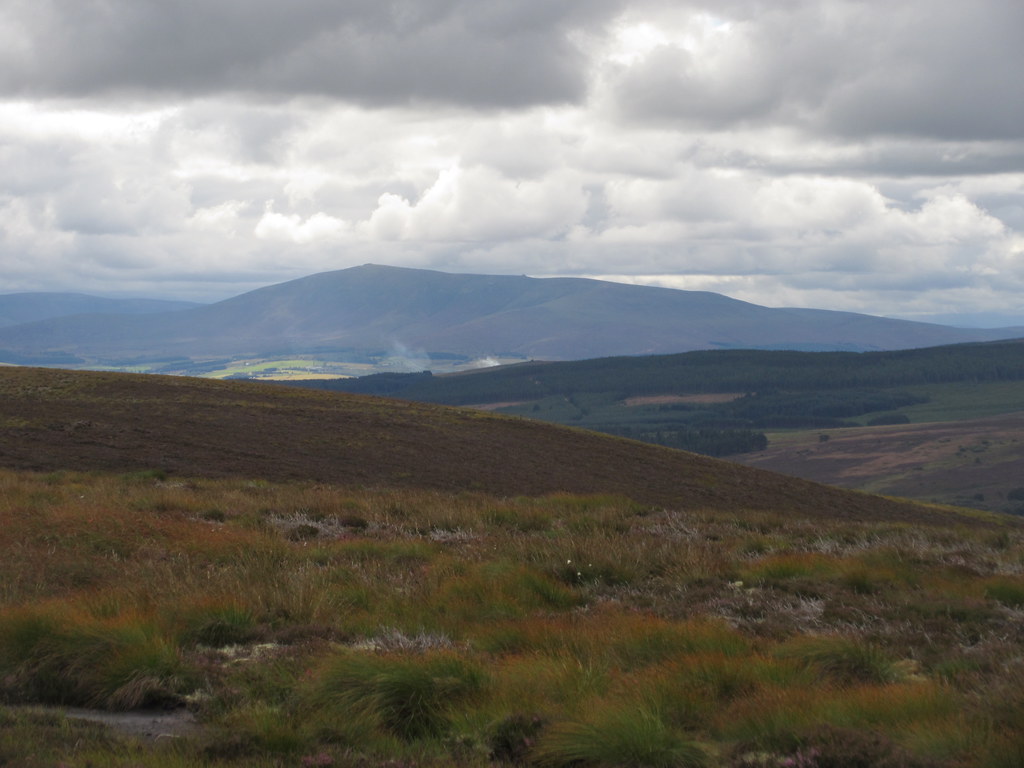 While not the most exciting lump of hillside, there were good views across the Moray Firth to Sutherland and Caithness, so I stopped for lunch.

Moray coast and Bin of Cullen: 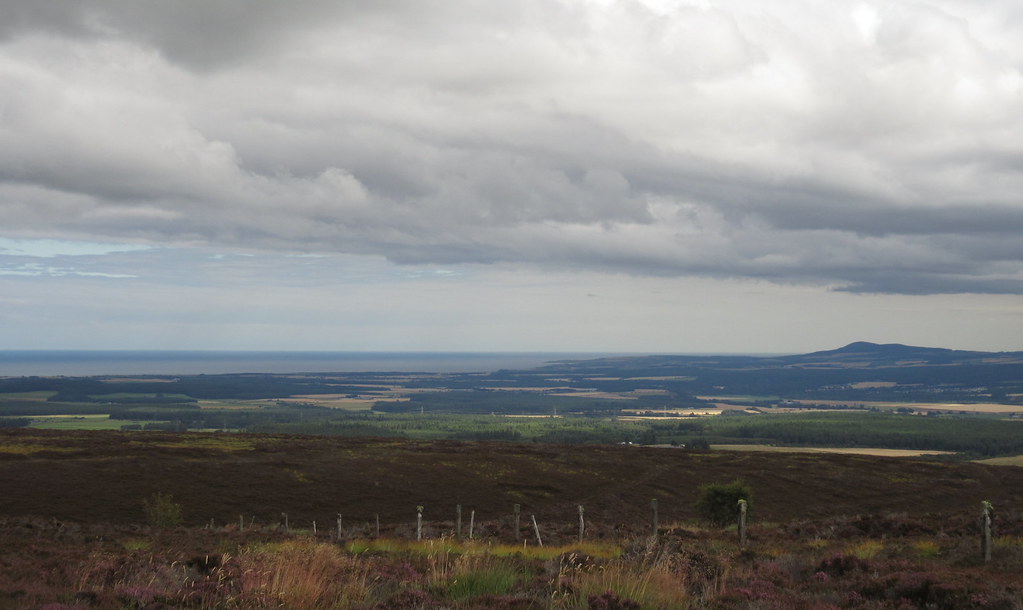 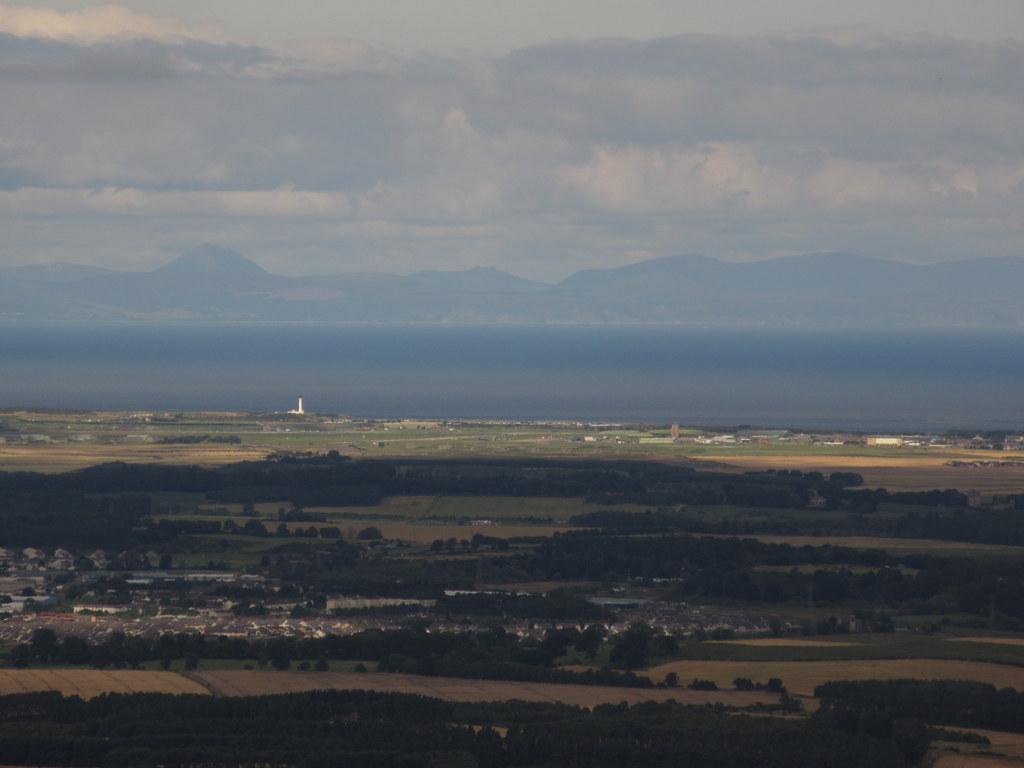 ...and again, with Bheinn Dhorain to the left: 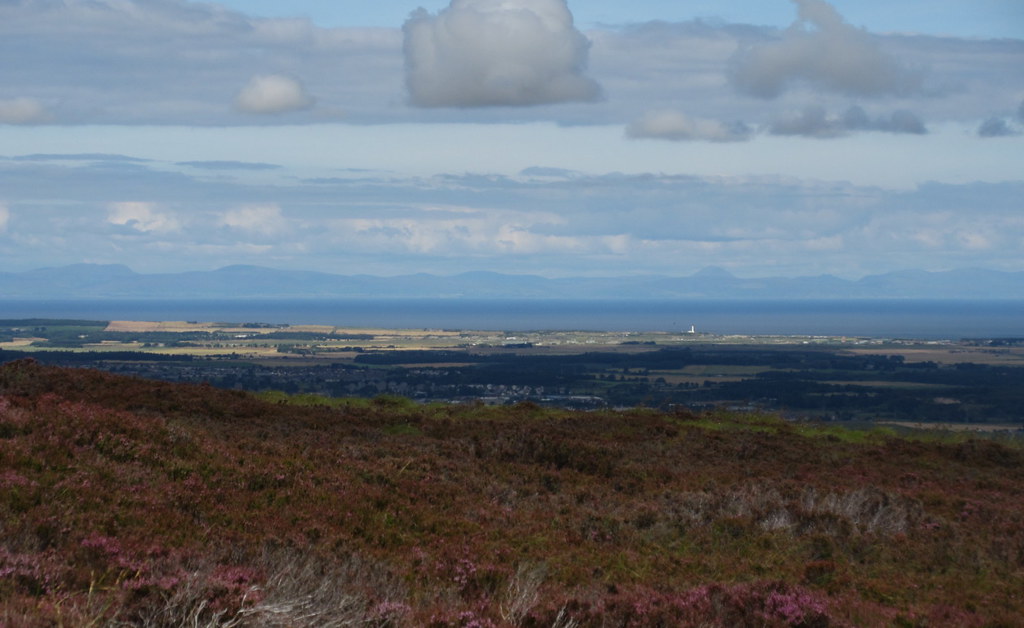 Heading back to my bike, I followed a similar line to my ascent through the heather, unfortunately picking the wrong line through the gorse and having to re-ascend 30m or so to find a sensible way through.

Back on the bike, I made a rapid descent through a field of cows and past Badentinan water works, coming out on the B9103. The cycle to Boat o' Brig was pleasant and easy going - just what I wanted. Boat o' Brig is a fairly impressive place to cross the Spey - one of my favourite bits of the Inverness to Aberdeen rail journey (along with passing Bennachie). 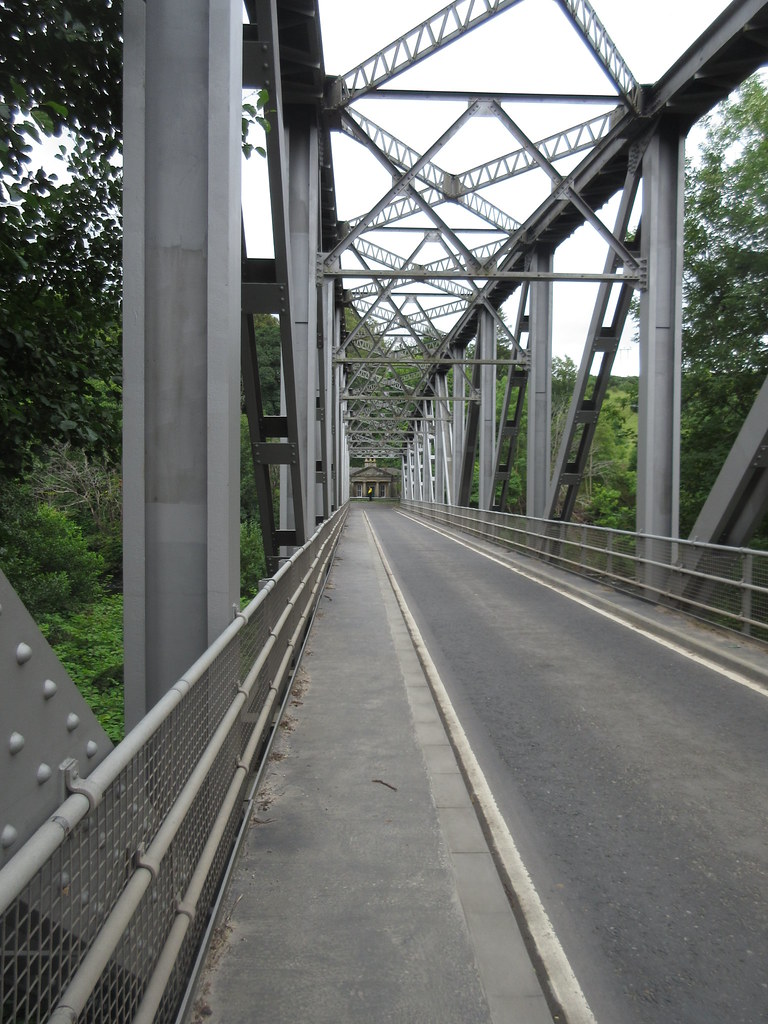 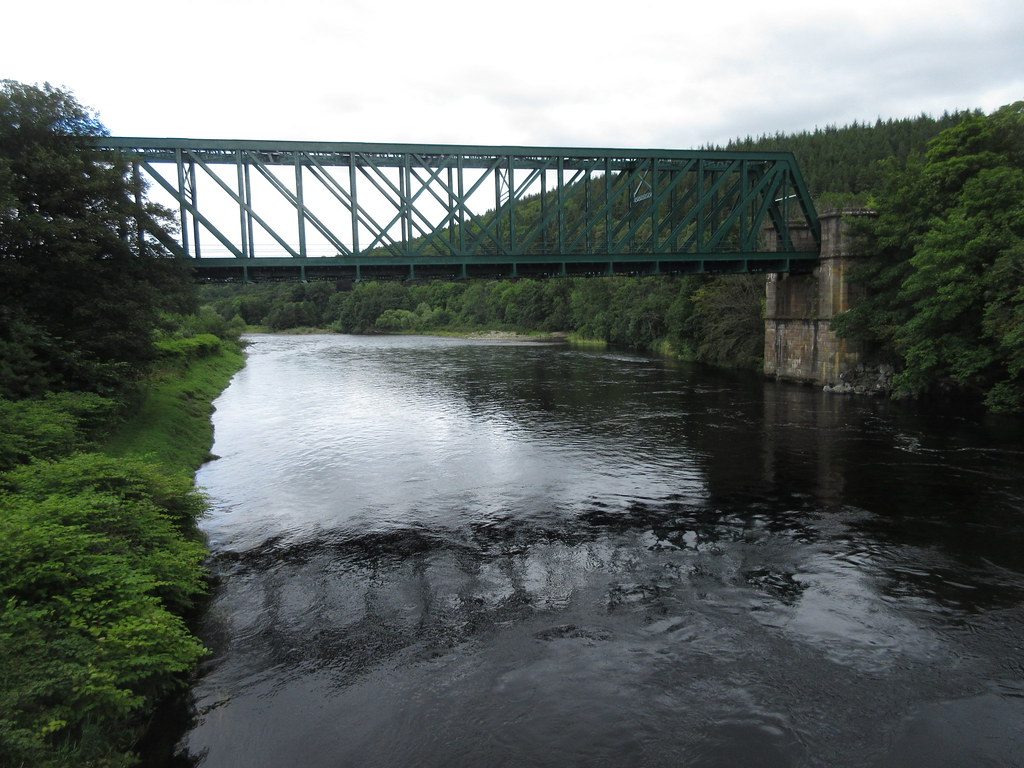 It was really busy down by the brig - turned out that there was a charity walk on from the coast to Aberlour, following the Speyside Way. Could make my next bit of cycling somewhat interesting! I skipped the steep ascent on the Speyside Way by cycling up the B9103 a bit and following the track to Bridgeton. After this I was on the Way, which is more of a path than a track for this section, and busy with charity walkers. About 100 'excuse me' s later and I had climbed up around the NW side of Ben Aigan to one of the paths to the summit. Some great views down the Spey from the forestry track.

Looking down the Spey from the slopes of Ben Aigan: 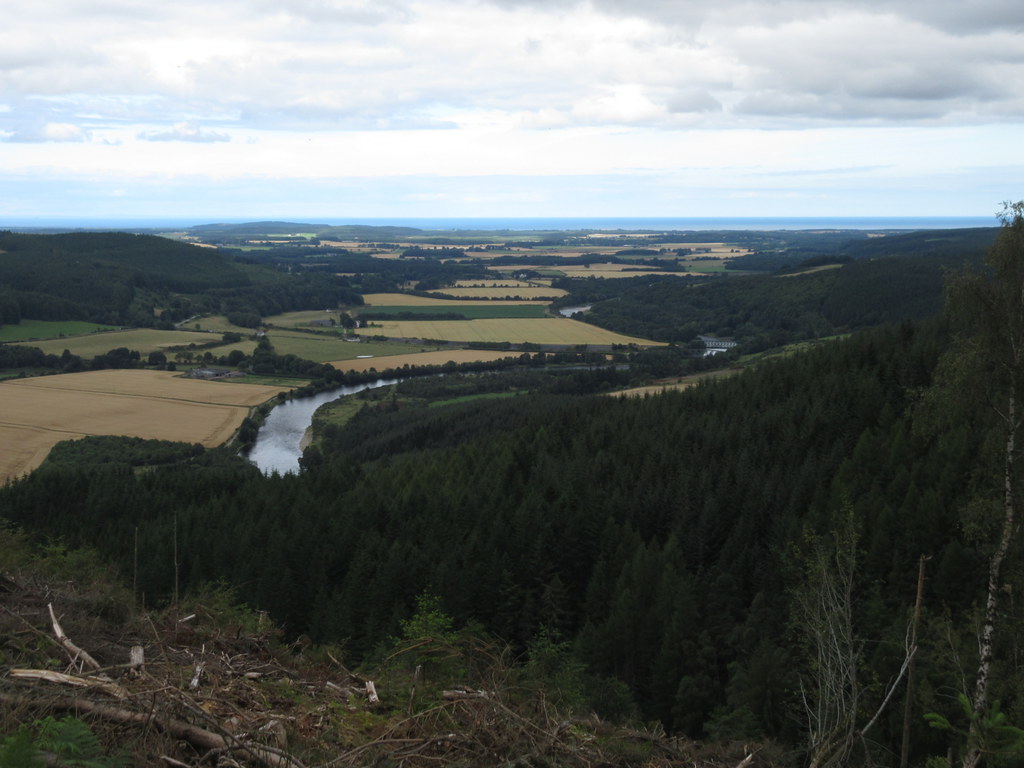 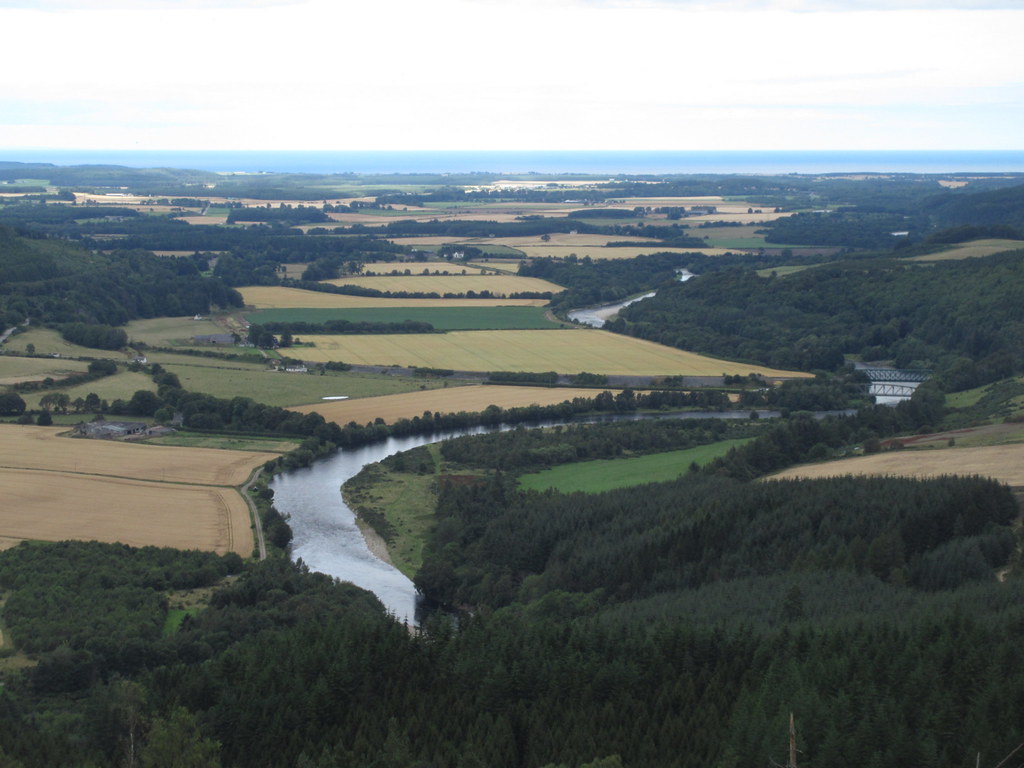 I dumped the bike then headed up a steep path to the summit. A little soft in places, but it had me out of the trees before too long, and approaching the summit. 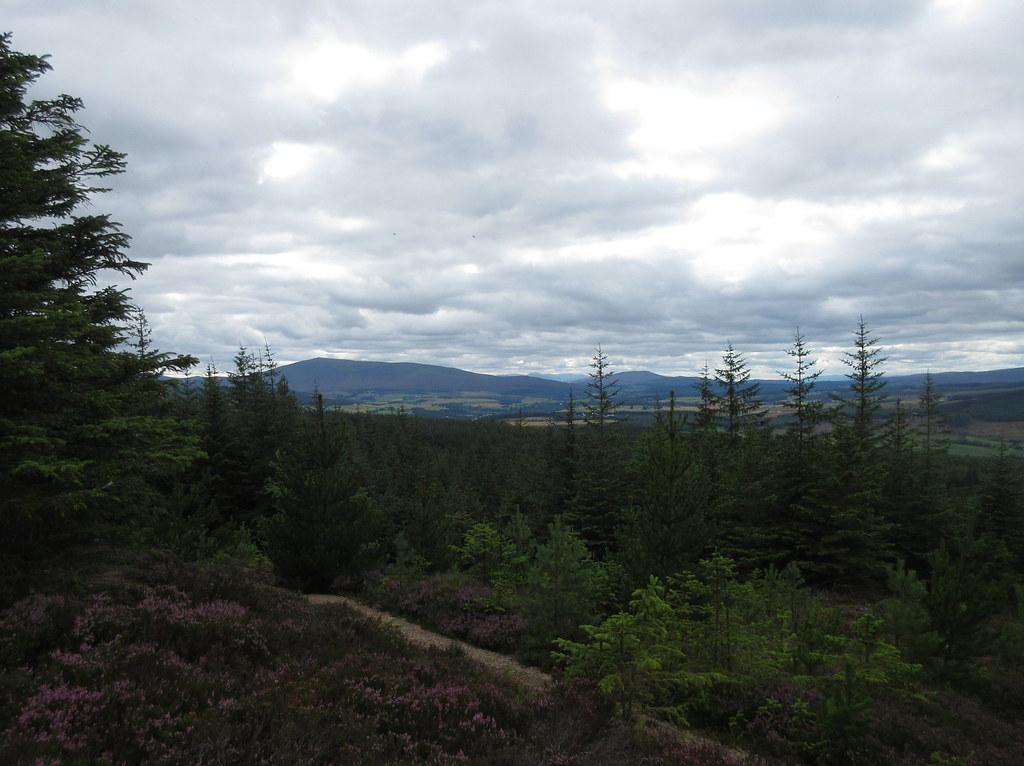 Approaching the summit of Ben Aigan: 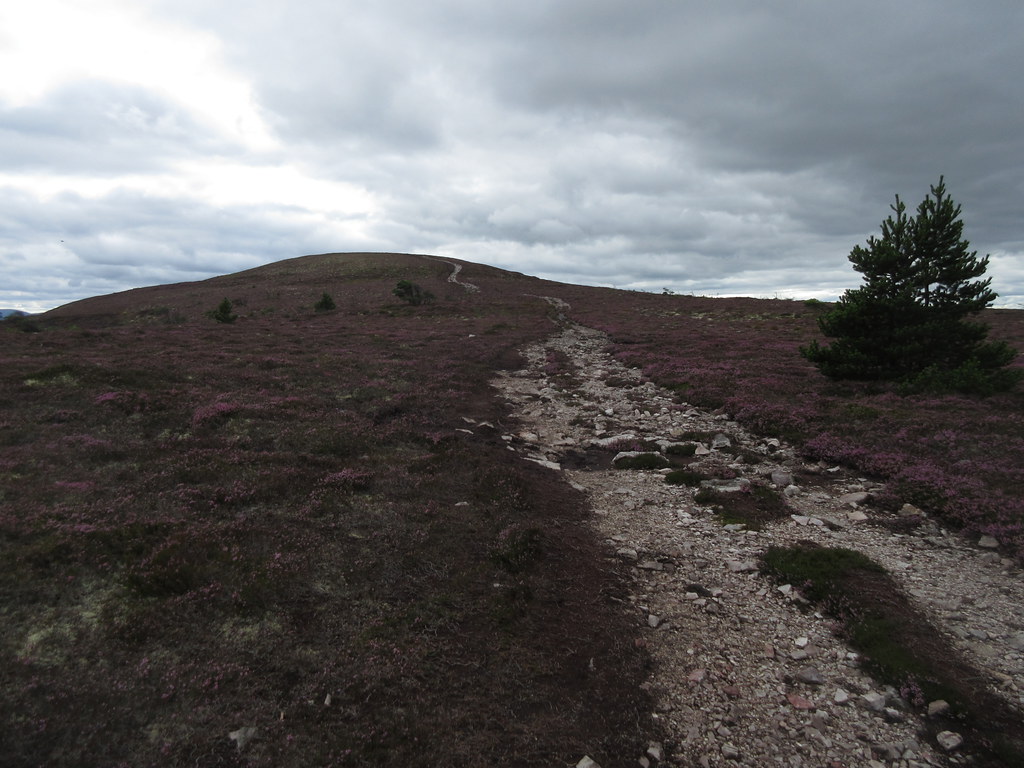 Although the sunshine had died away a little, this hill had the sort of views I had been hoping for, with distilleries in most directions. Sitting looking at Ben Rinnes, I could suddenly see a great circular route over it that could also take in the Convals. One for the Autumn I think. 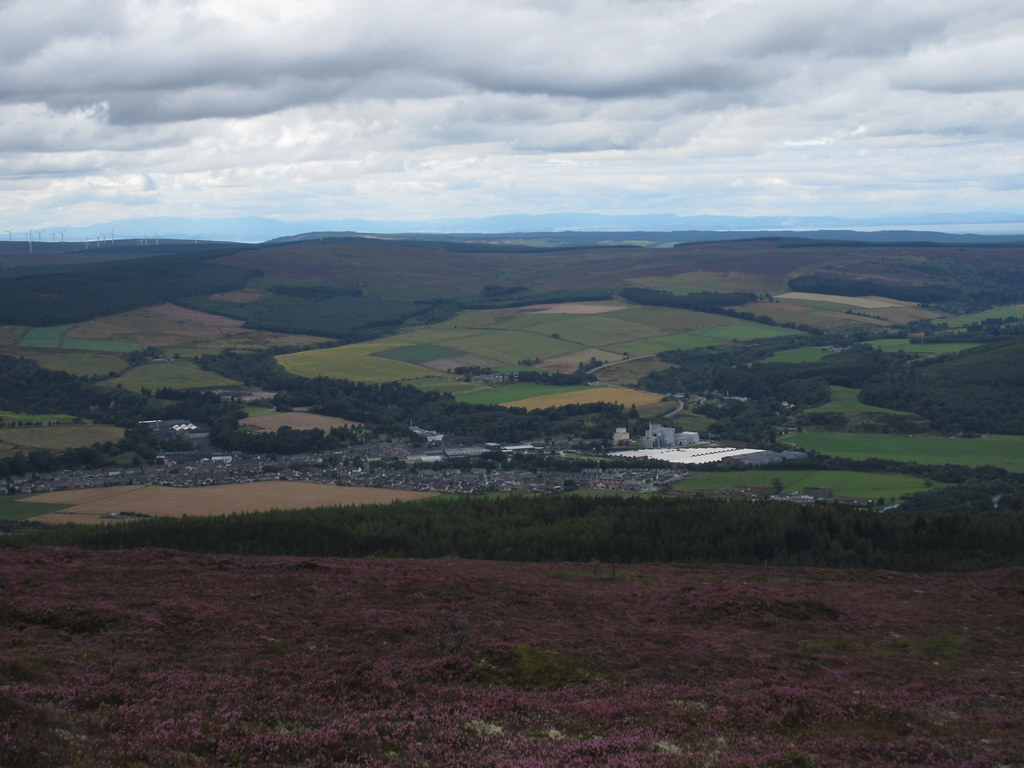 Ben Rinnes and Strathspey, with the Cairngorm plateau behind: 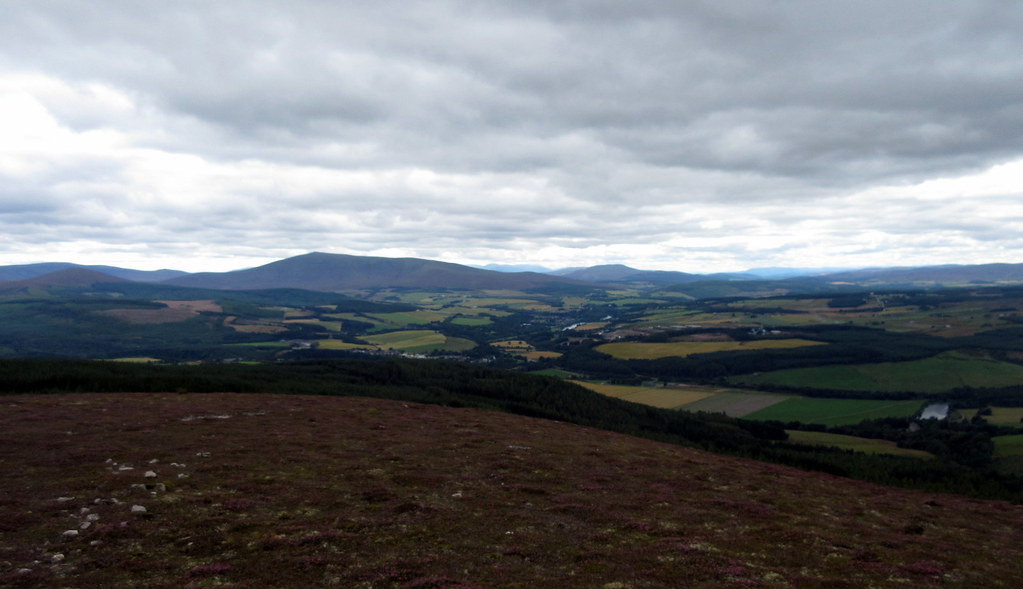 Aberlour with the Cromdale Hills behind: 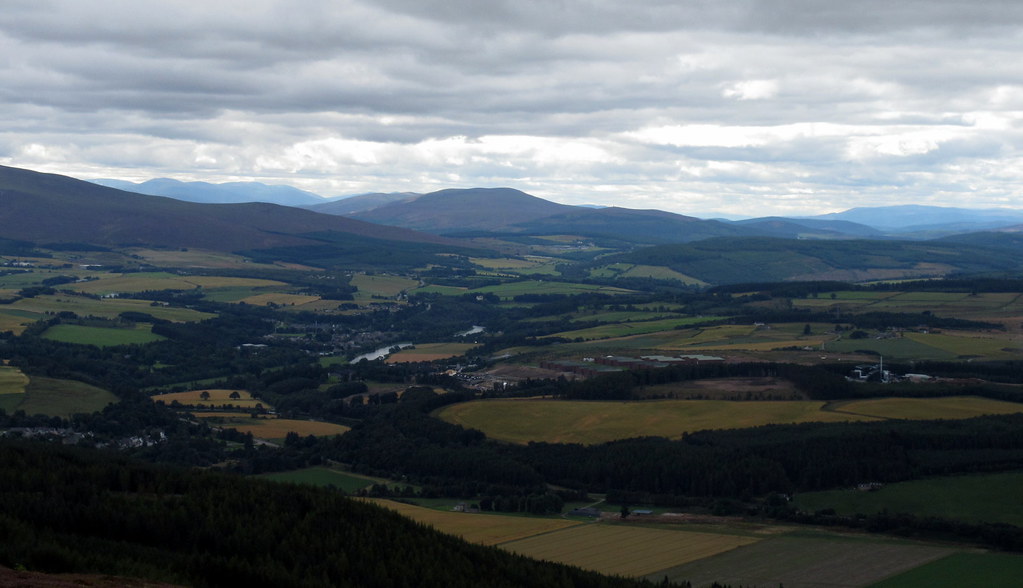 There is rather a big gap between trains on a Sunday, so I was keen to get the 4:35pm home from Keith. I might be cutting it a bit fine though - my planned route through Duffton would need to be curtailed a bit.

Spey flowing to the sea: 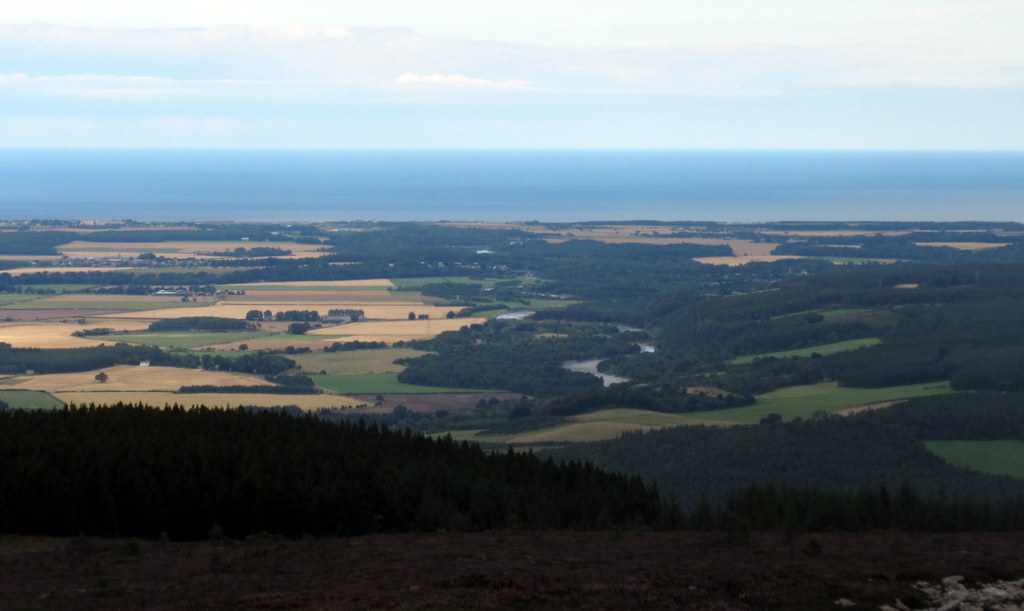 Back down the same way, and I was soon passing precisely the same charity walkers that I had overtaken an hour or so earlier

. 'Not him again', they were probably thinking!

The road past Ardilly House was lovely wooded cycling down by the Spey, but I was glad when I reached the fork in the road that would bypass Craigellachie, as I would finally have the road to myself again. Not 30 seconds after turning off, I met some ducklings in the road.

Some ducklings near Craigellachie: 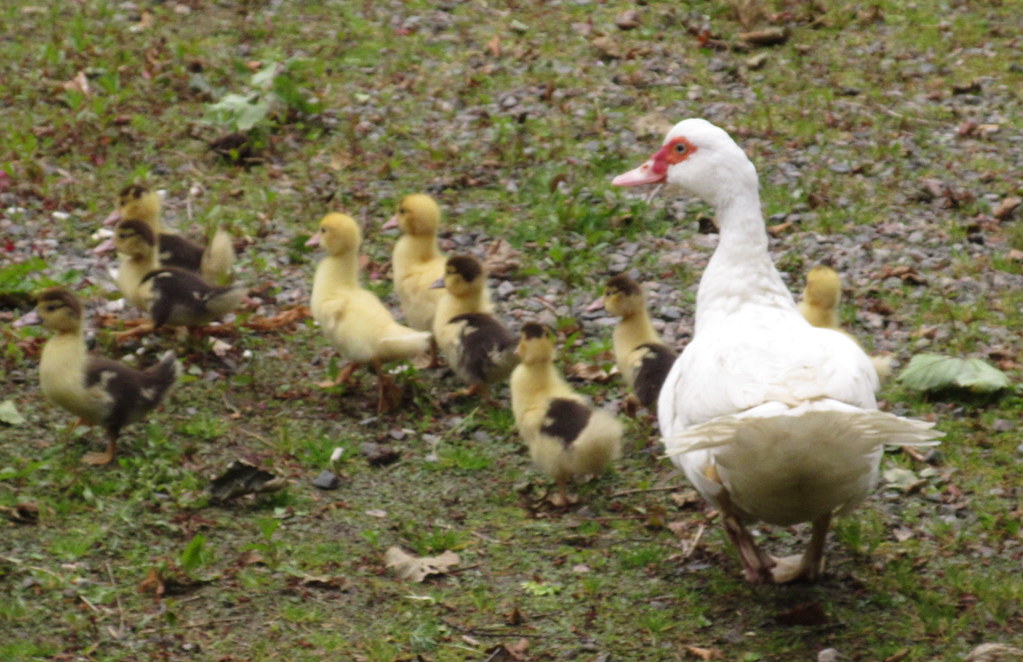 The cycle back through Maggieknockater and Mulbuie was less hilly than I expected, and again pleasant going. Even on the main roads here, there was little traffic. I finally puffed into Keith with around 15 minutes to spare for the train - good timing I think. I always find these half walk/half cycles difficult to estimate timewise, especially if there is offroad cycling included. I thought I'd have loads of time today but there wasn't really much to spare. Still, some pleasant exploration of this bit of the world, which lends itself much more to cycling than walking I think.

Glentauchers Distillery - last of the day: 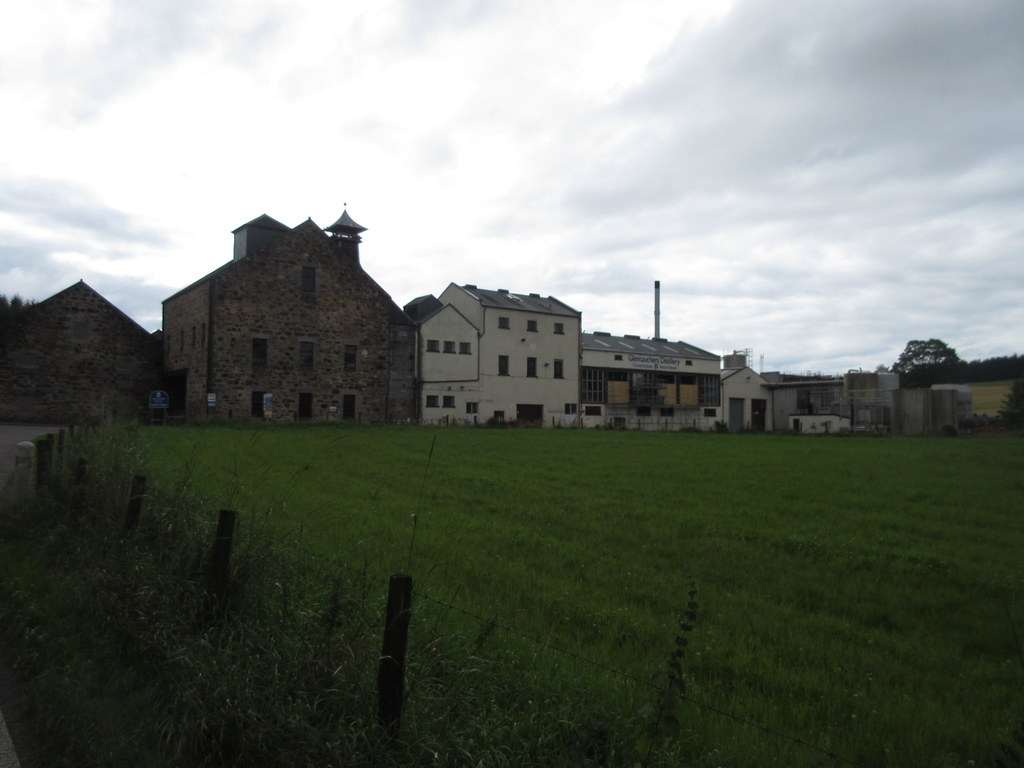 Re: Elgin to Keith on the bike - with the odd hill

15 minutes to spare? Time for a wee dram