Not sure how closely I followed Scrambles in Lochaber on this: I went to the big, obvious slab bottom centre of the pic. Started up the slab itself as the rock is grippy but then found some slippy lichenous bits so I moved right and followed crampon scratches up. At the top of this section there's a grassy bit in front of steep rock with another slab on the far right. 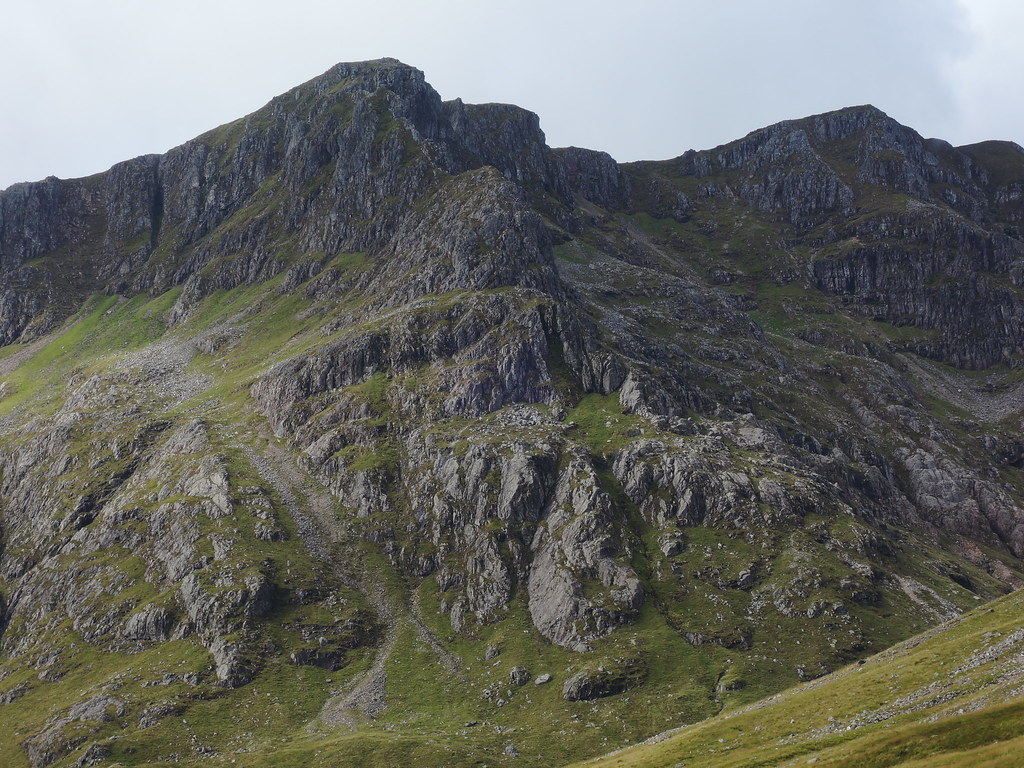 Closer angle, big slab lower down and another smaller one at the right of the next section up. 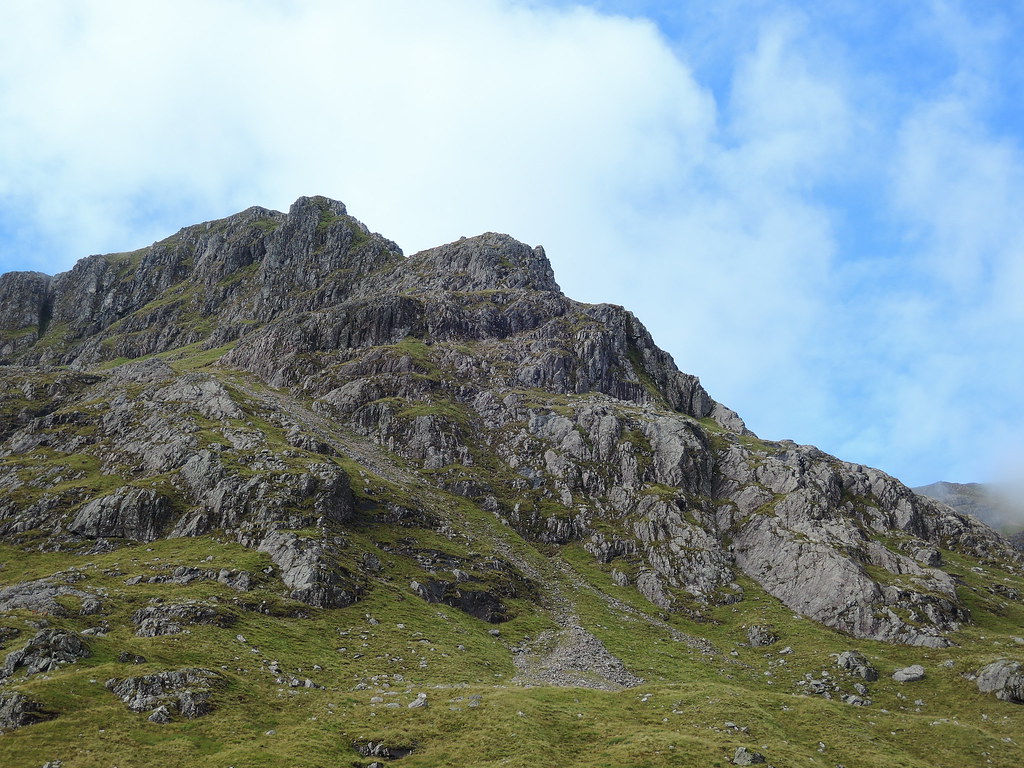 Following the crampon scratches after the first slab. I was looking for an arete on the left and saw a possible contender on the other side of a gully but getting over there looked wet & slippy. 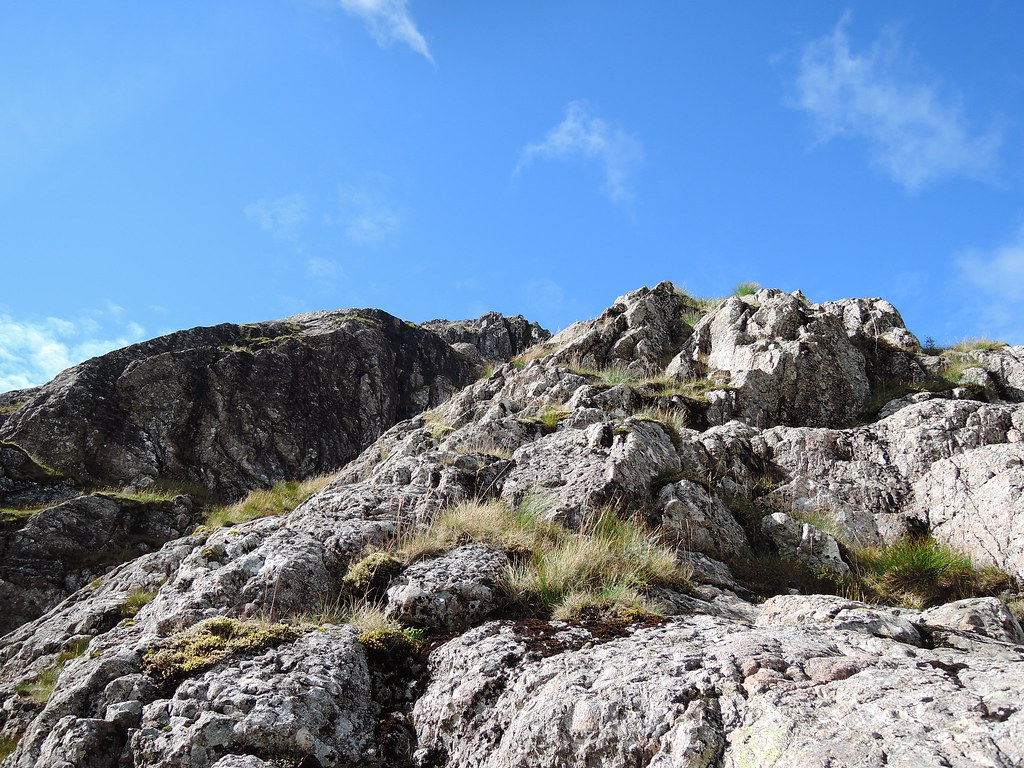 Next section, slab on the right. 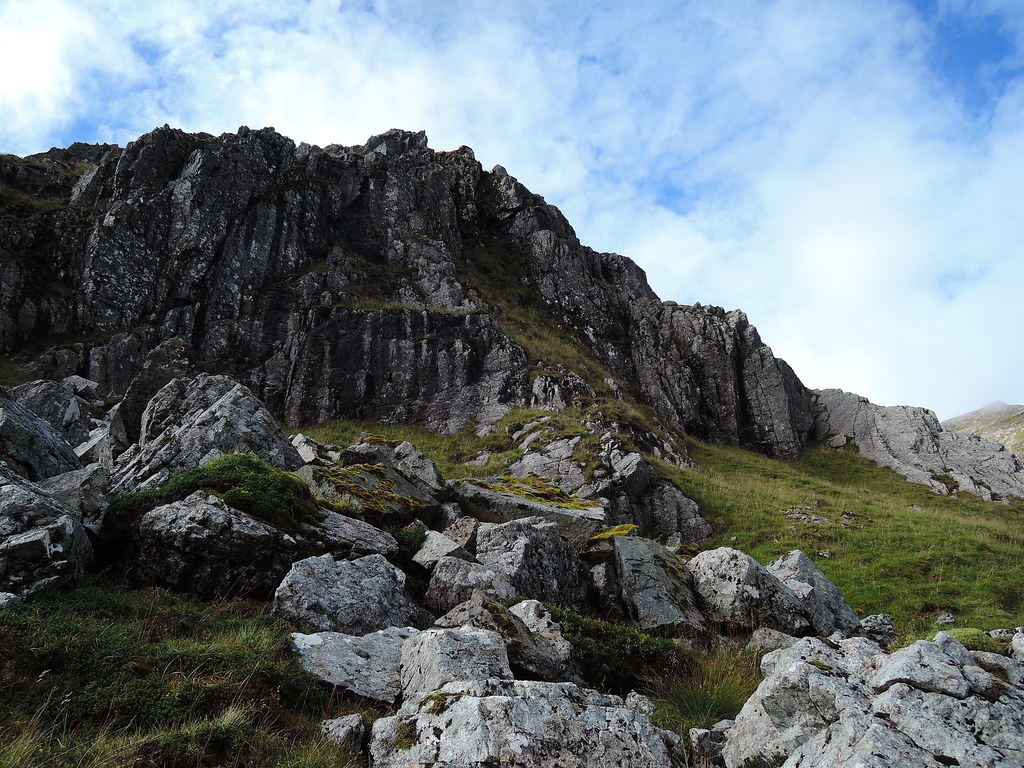 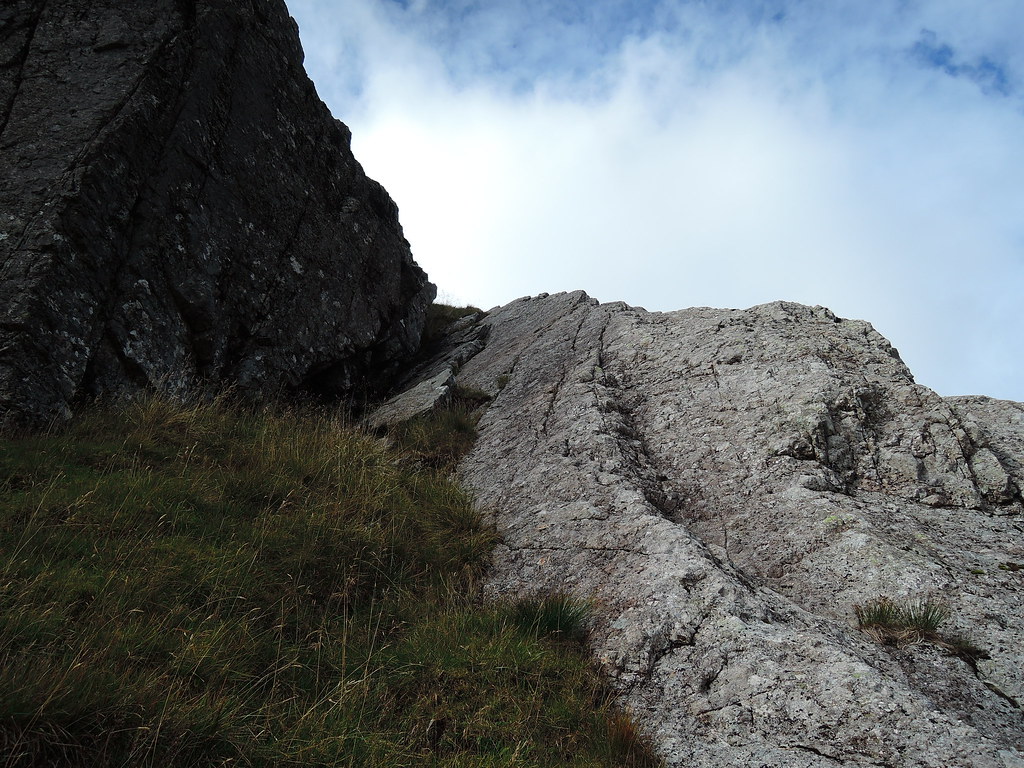 Short scree path at the top of the slab and apparently the hardest bit is now done. Next, more steep rock with a 'block forming a tower against the skyline'. 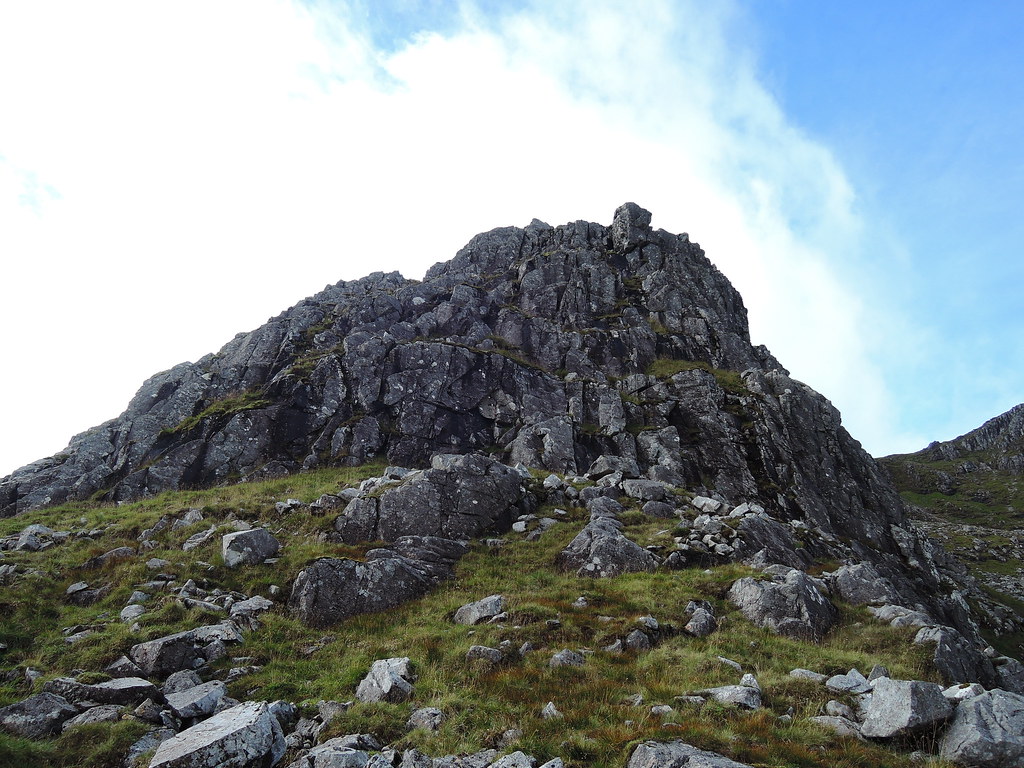 Beinn Fhada bad step is a notch in the ridge. 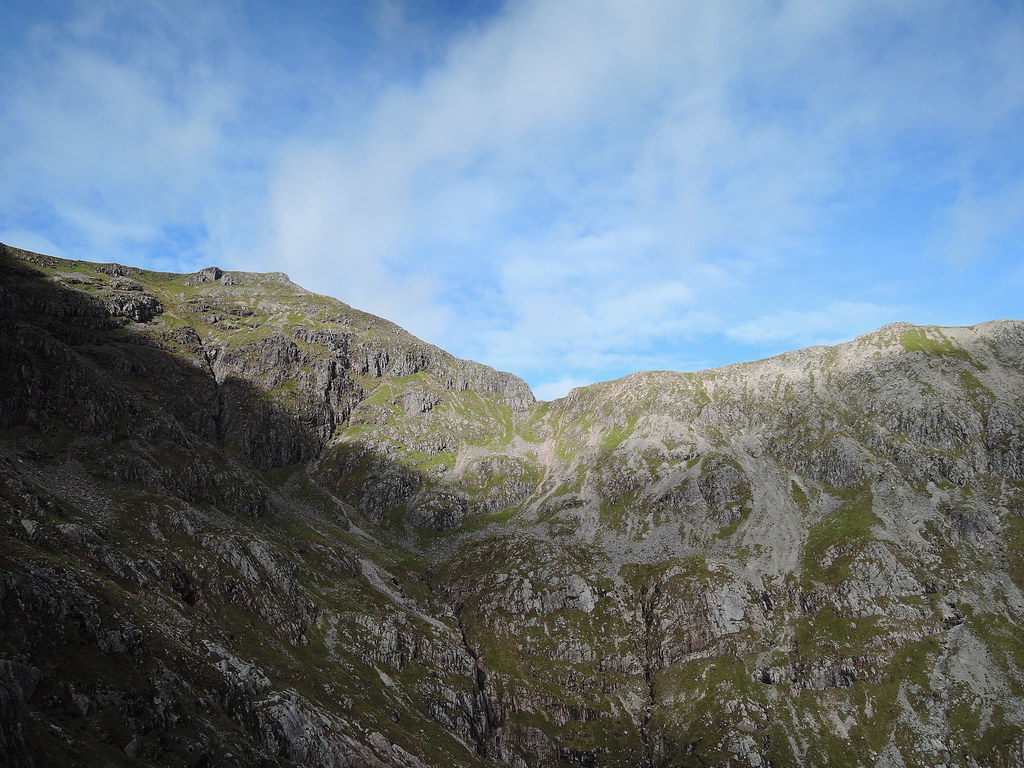 Tried a few options getting past the tower block, the rock is good but there's still vegetation making it seem less secure. 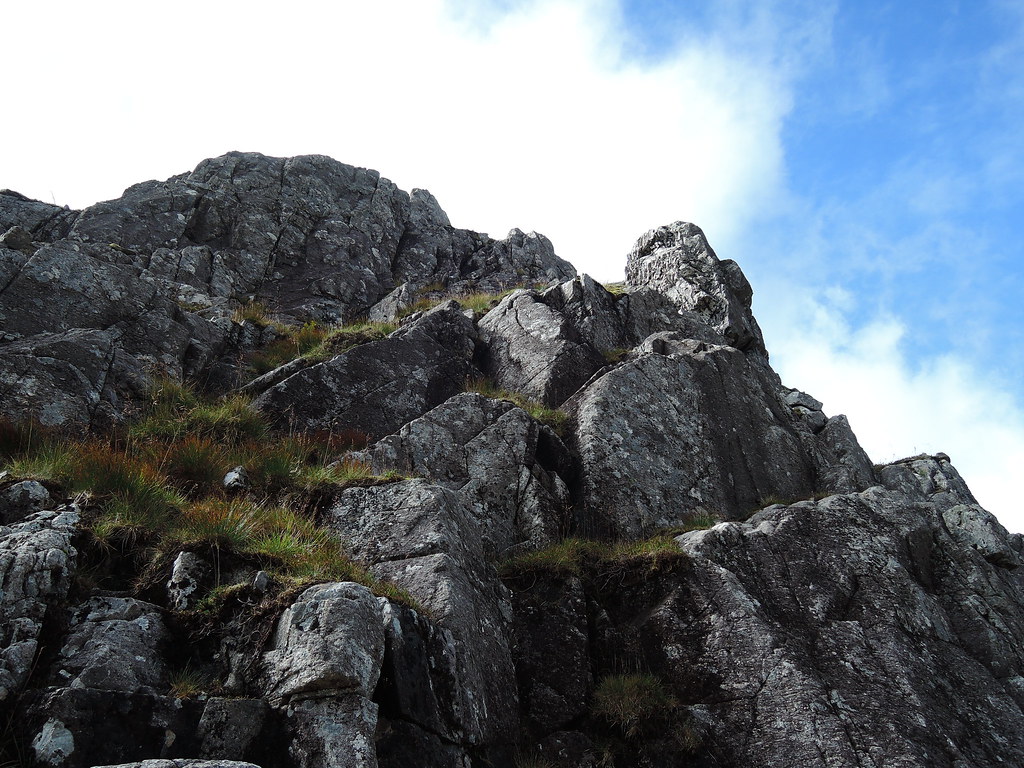 The rest is straightforward with a few short narrow sections on the ridge. Think I'd be doing these a cheval in winter. 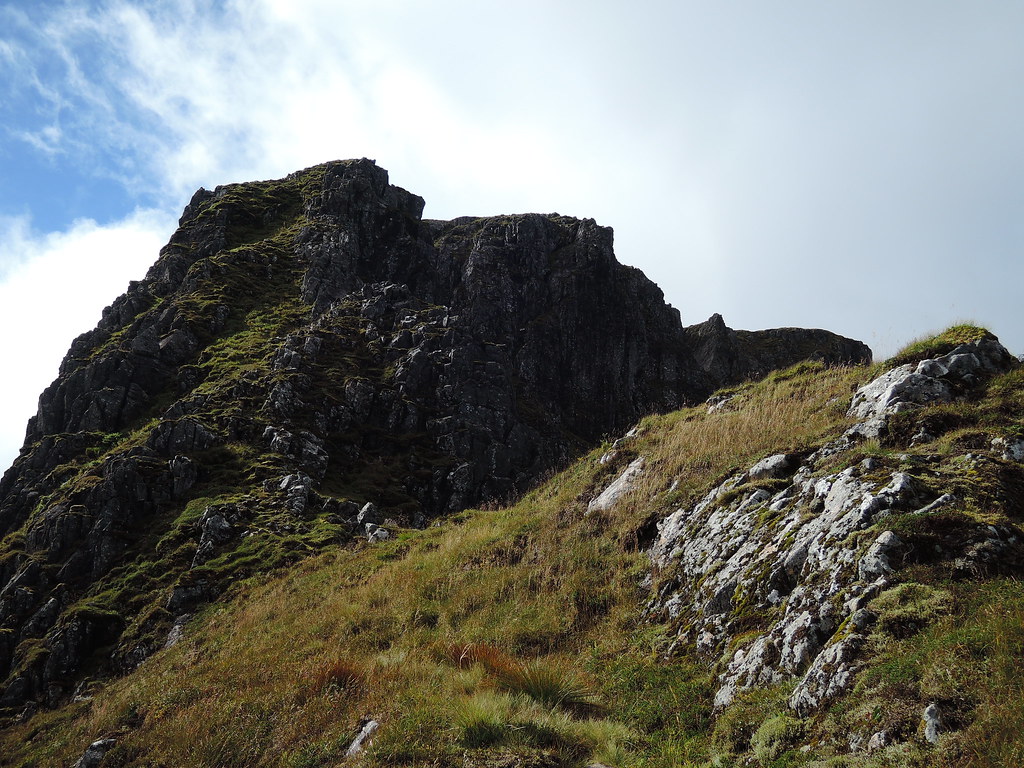 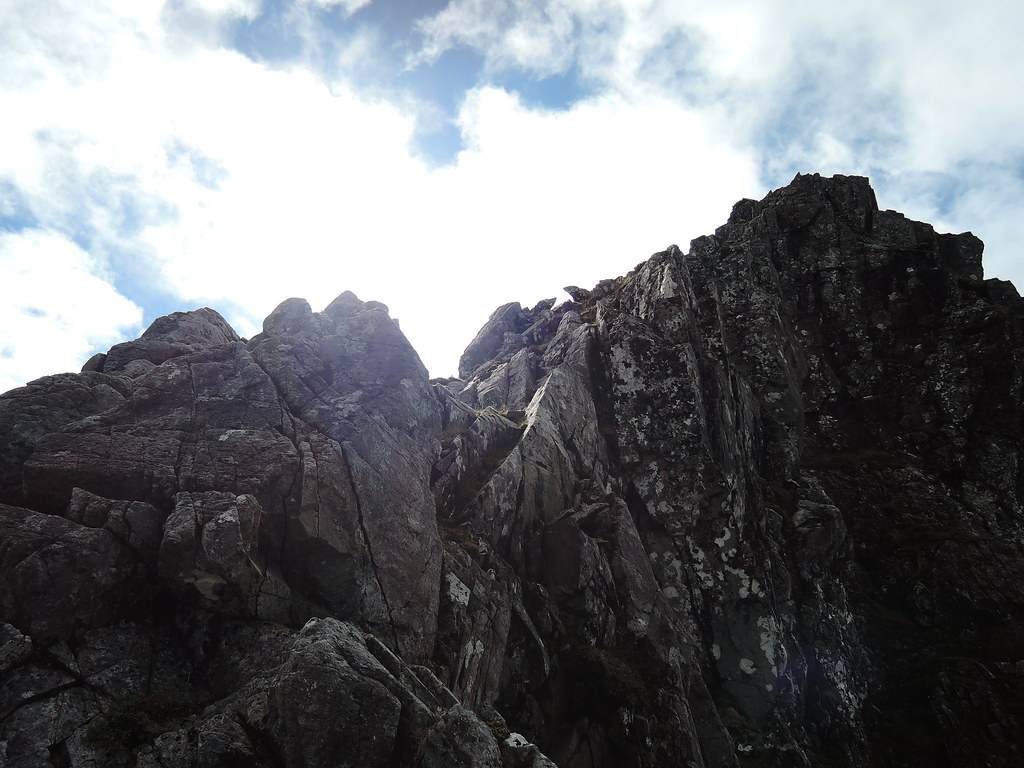 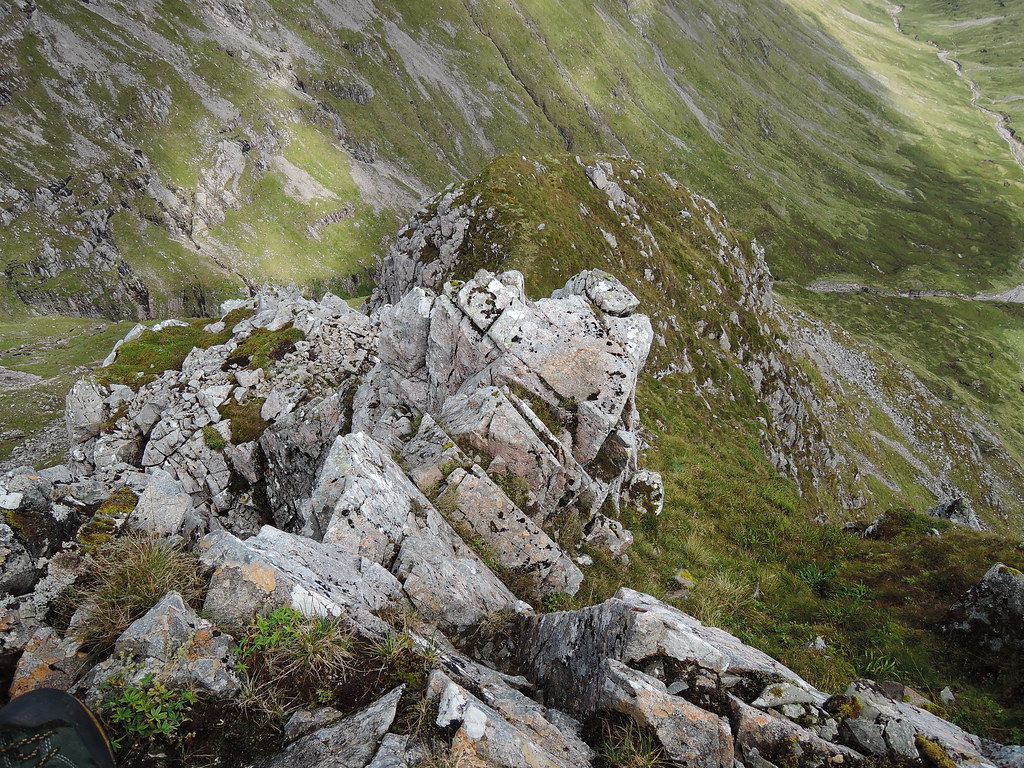 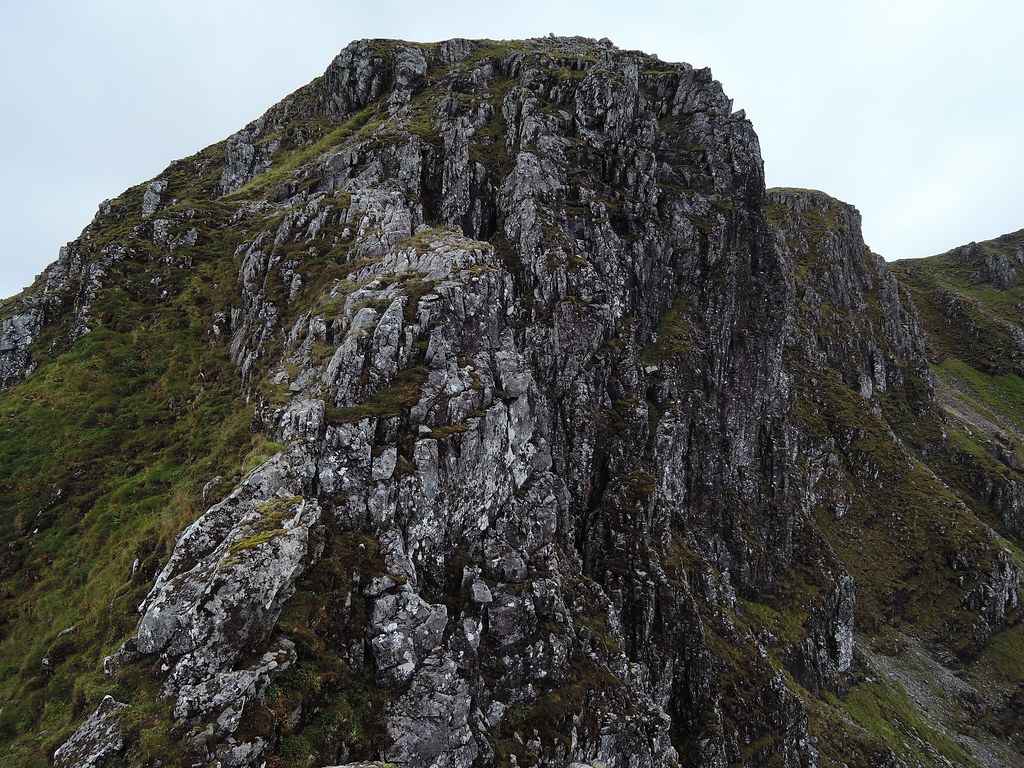 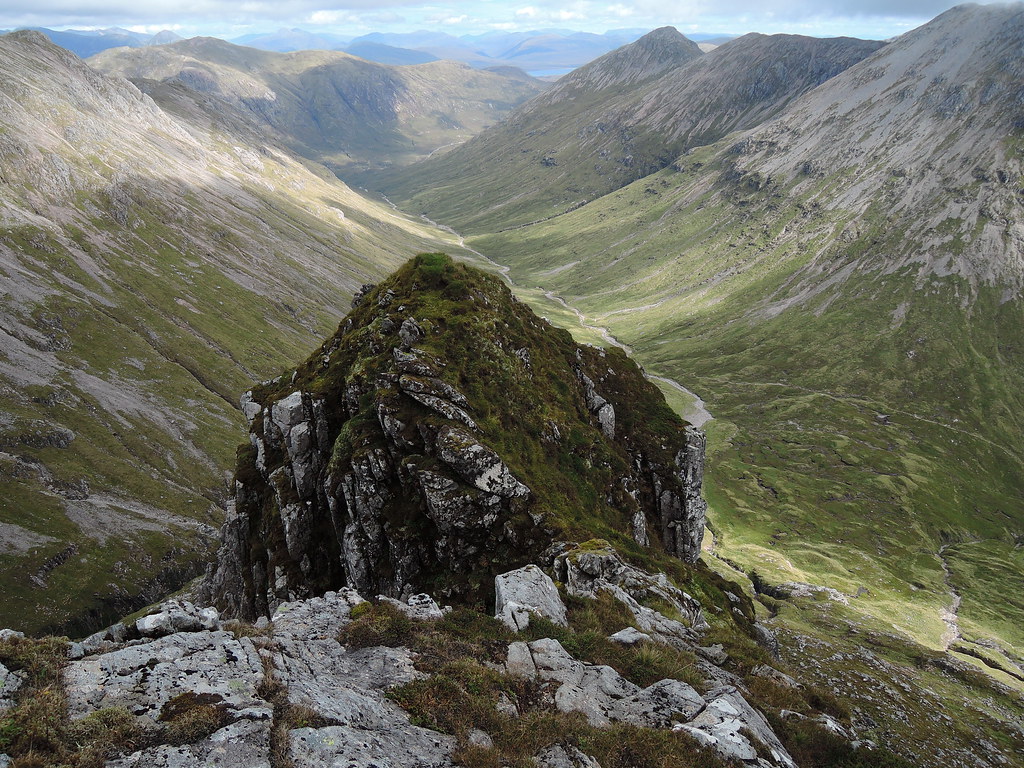 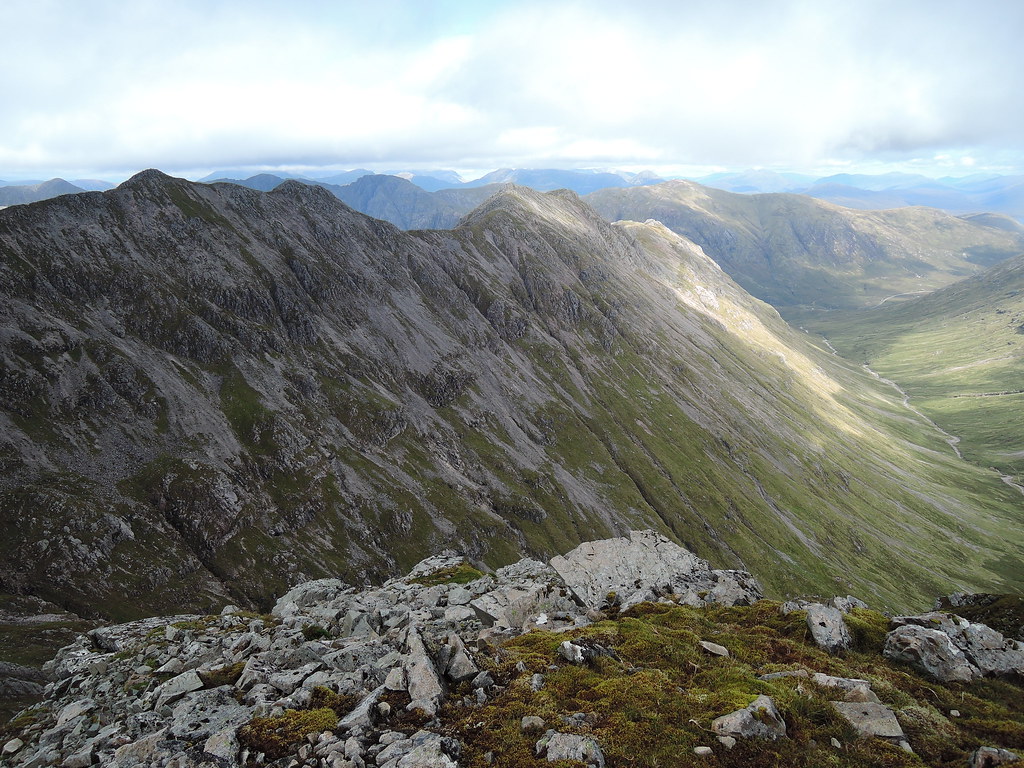 Never been on Fhada before, it's a good ridge walk. 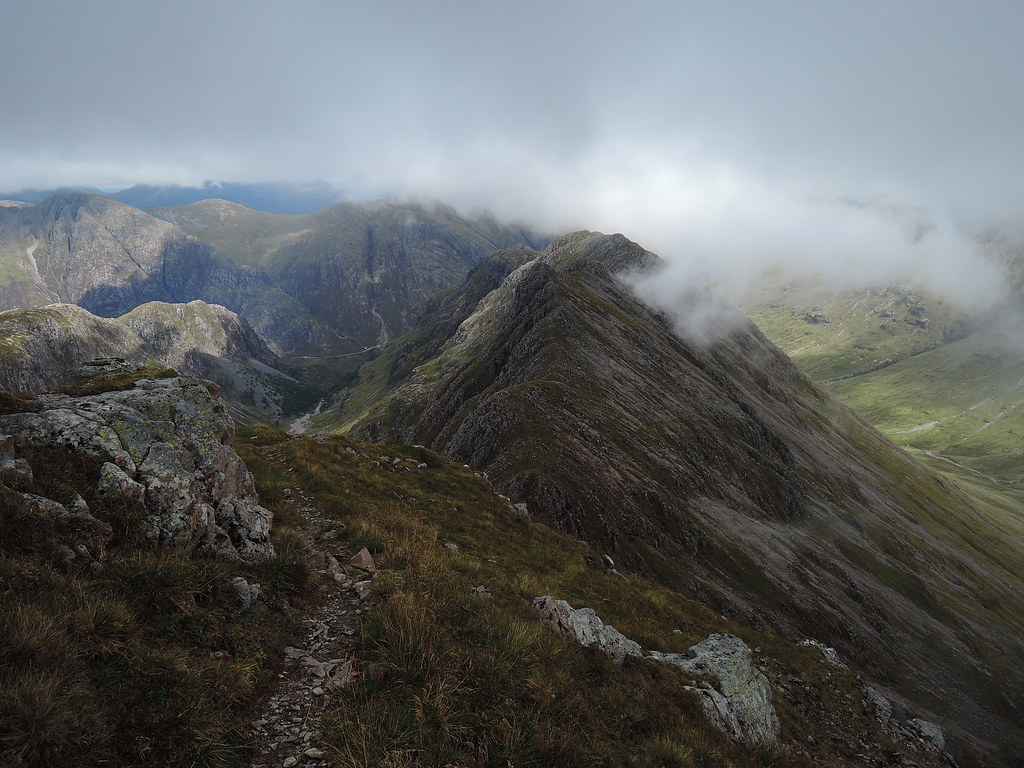 At the bad step. The path is easy to follow - down and to the right then it turns round back towards Sgreamhach. 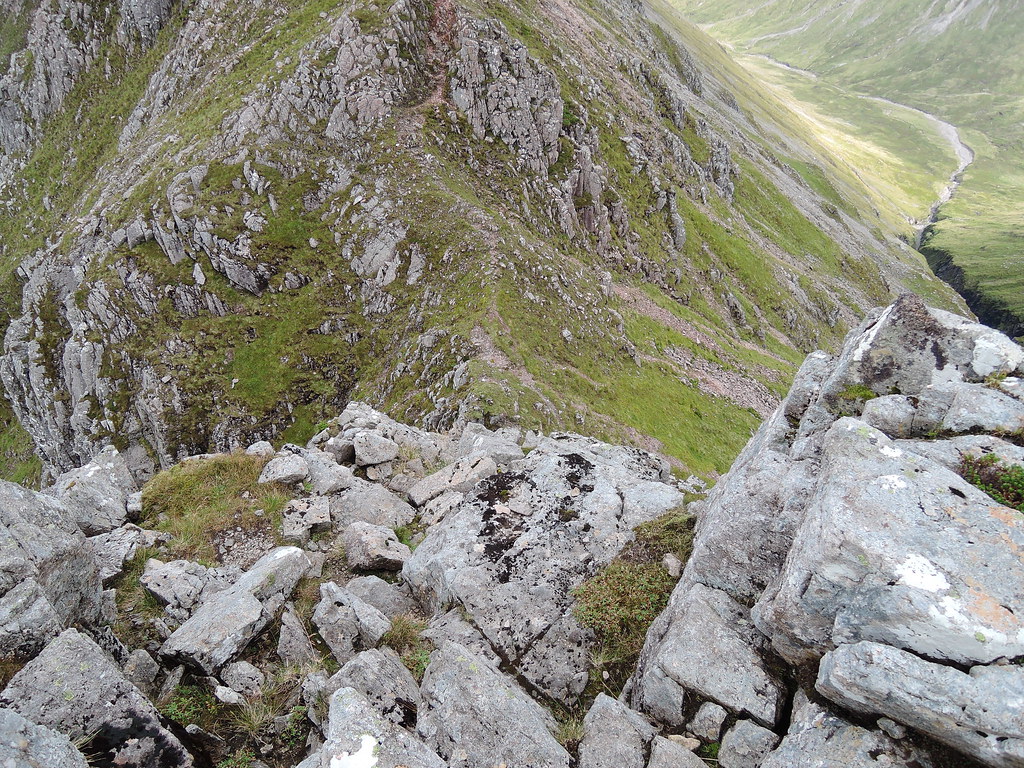 From the other side: the bad step looks tricky but the path is easy to follow. 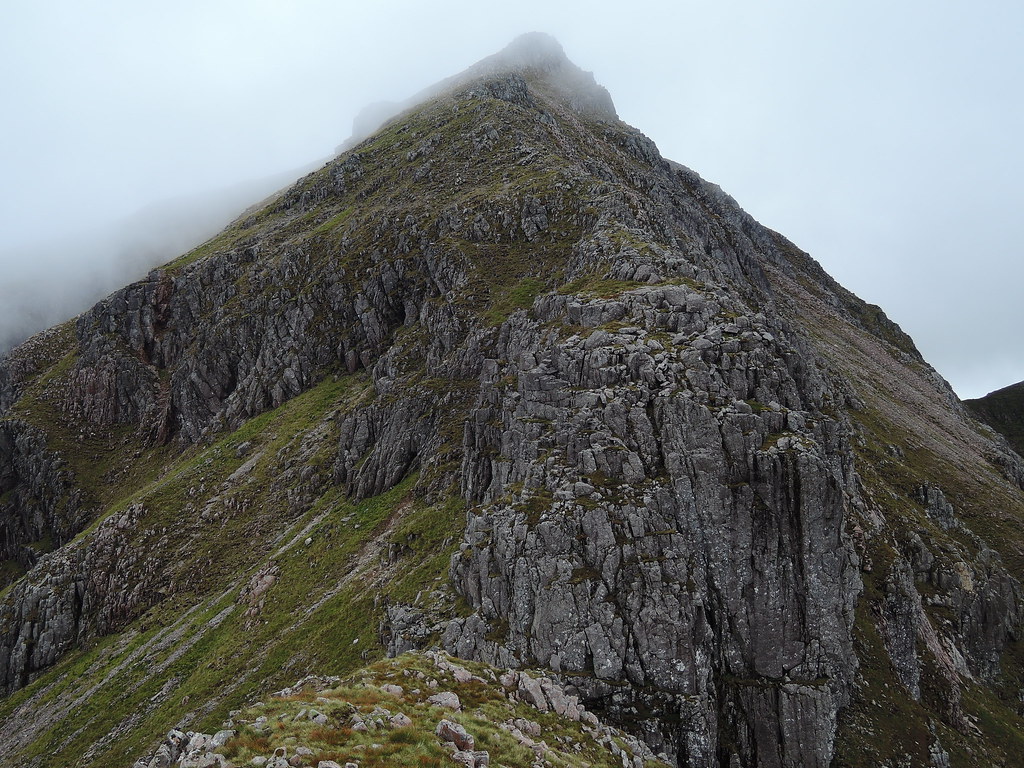 Got to the last col before the 823 point, there was a cairn here so I thought it might be a good place to descend. 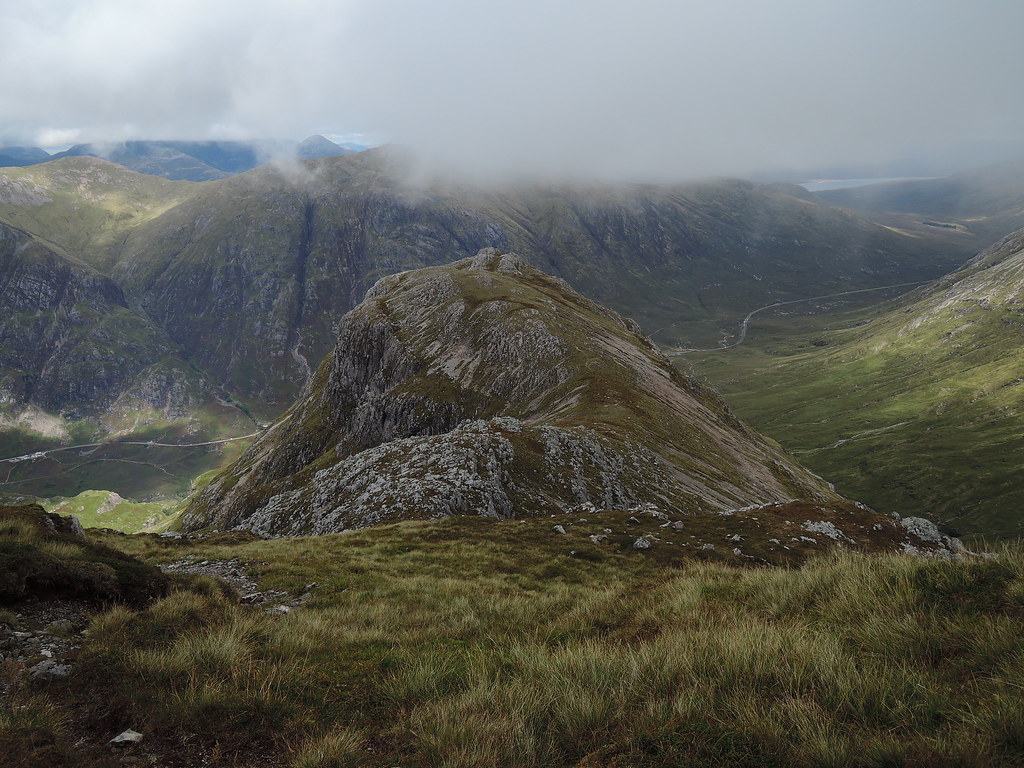 Steep grass, scree and crags to walk around. 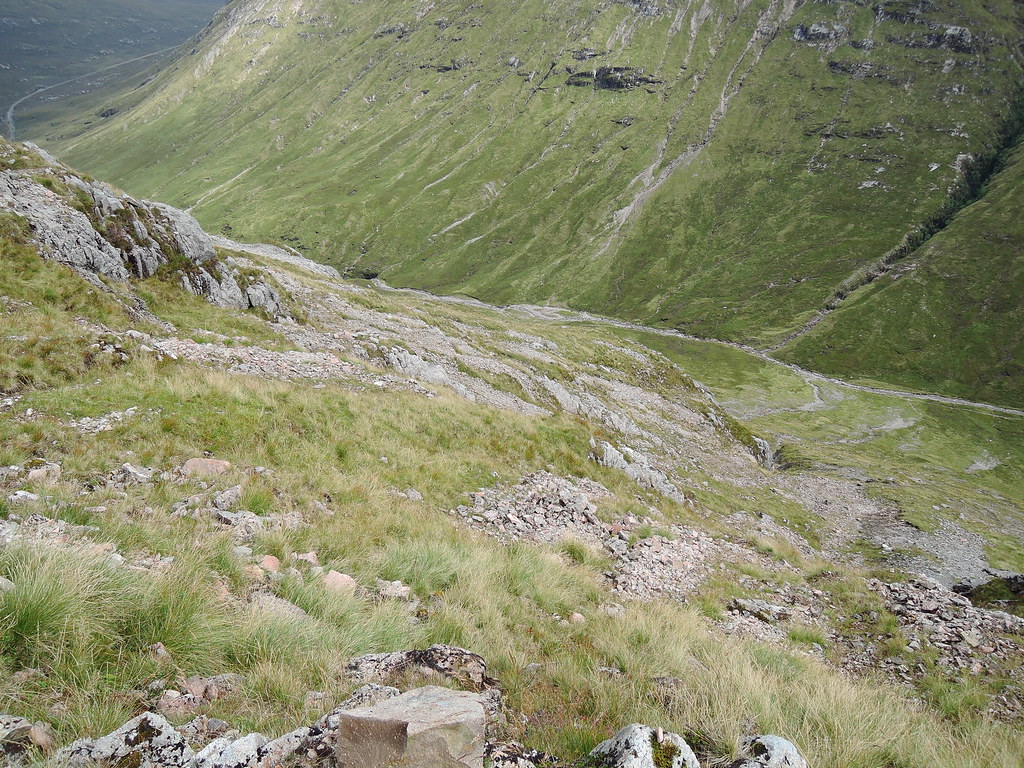 Can't see the rock bands from above so it's a bit of a maze, glad to be back on the path. Sron na Lairig in winter sounds tempting. 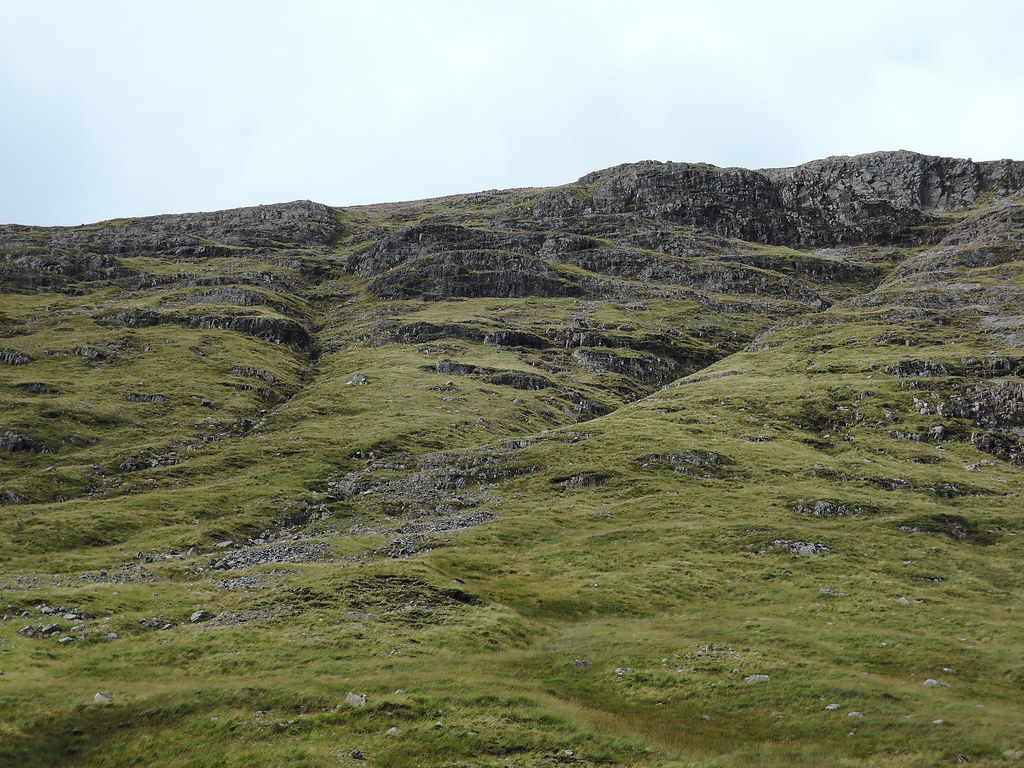