sanaigmore.gpx Open full screen  NB: Walkhighlands is not responsible for the accuracy of gpx files in users posts

From Machir Bay it was only a short drive to Sanaigmore, through fields full of curlews and a few chicks. Heading out from the memorial, a newish horse-riding centre just east of the farm made it necessary to detour slightly before getting back onto the walkhighlands route. There were quite a few cows around too, but it was easy to give them a wide berth. We reached the shoreline at a pleasant shingle beach, a complete contrast to Machir Bay's broad sands. 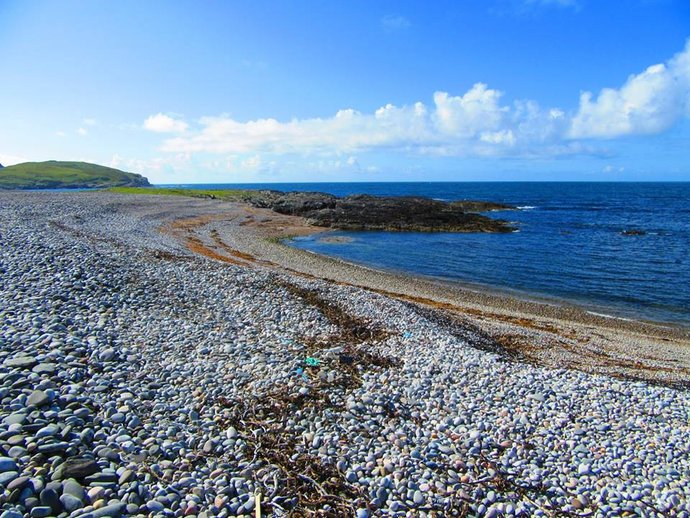 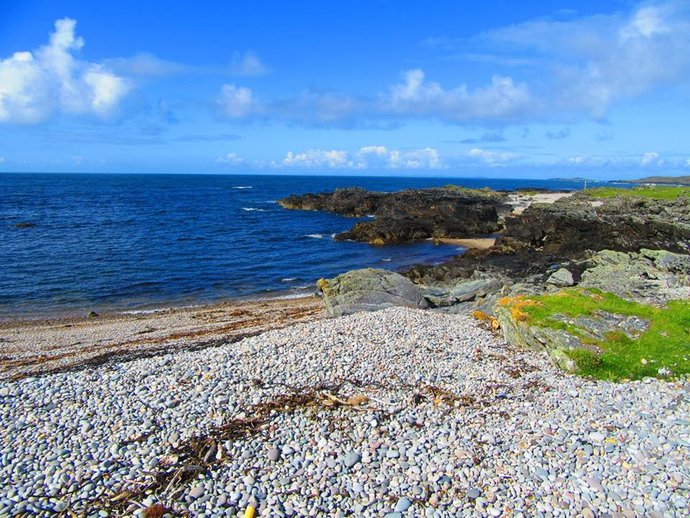 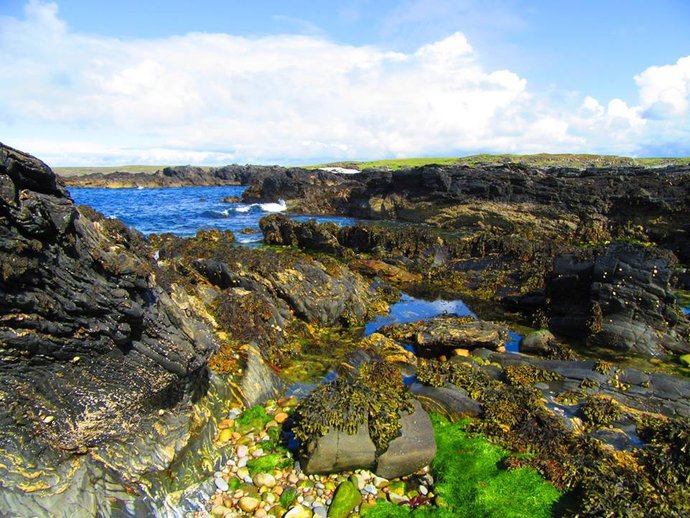 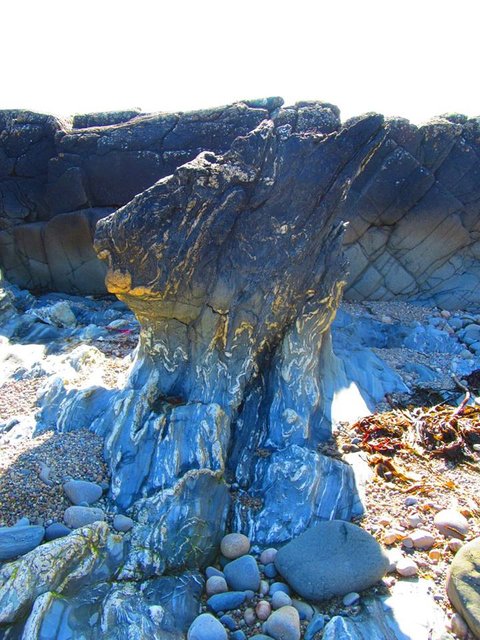 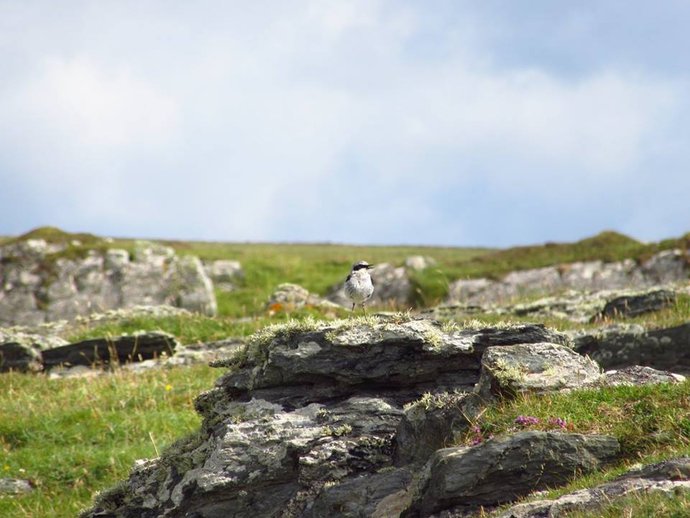 Following the shoreline religiously takes a little time around here due to all the loose shingle and little inlets, but it's an area worth exploring thoroughly. 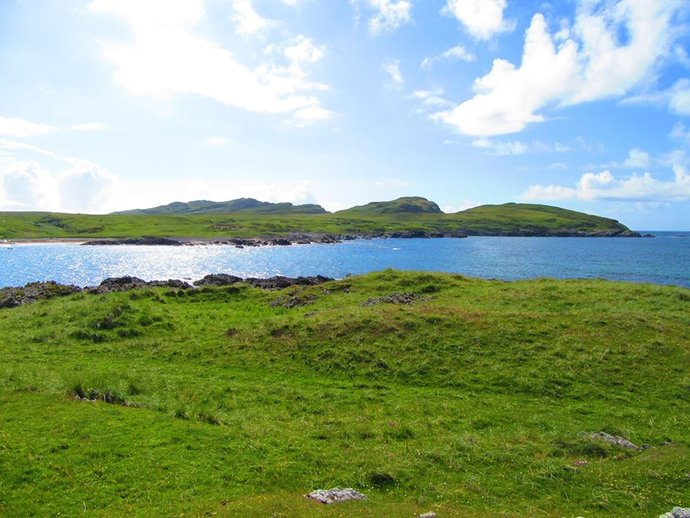 Around the corner lay Sanaigmore Bay: this is by far the most popular of the three beaches visited on this circuit. Still, not exactly busy... 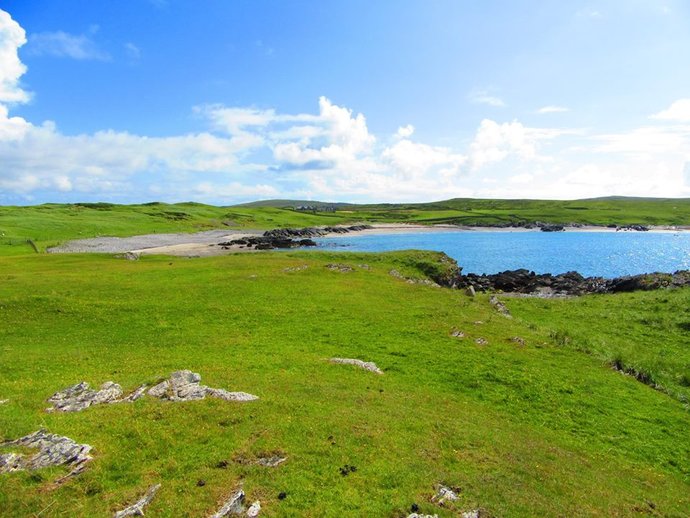 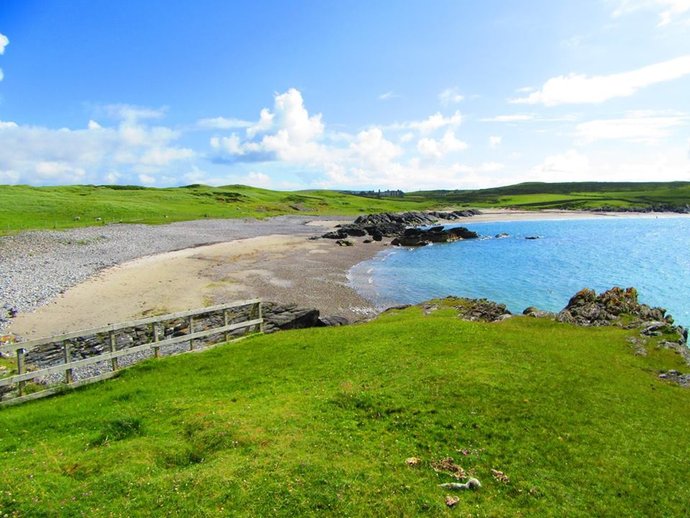 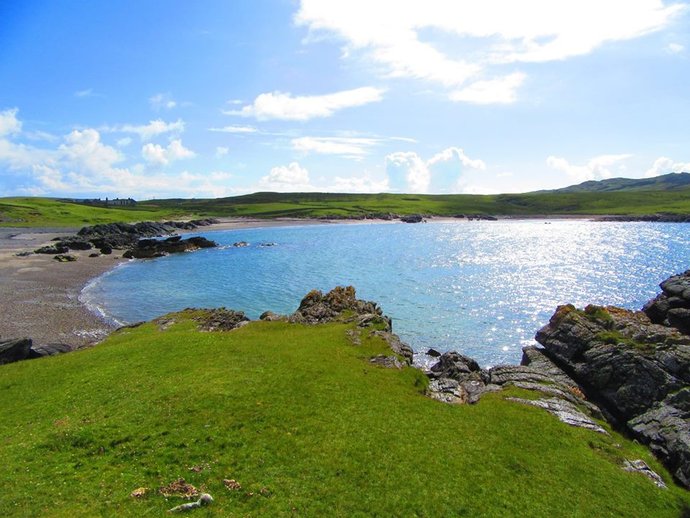 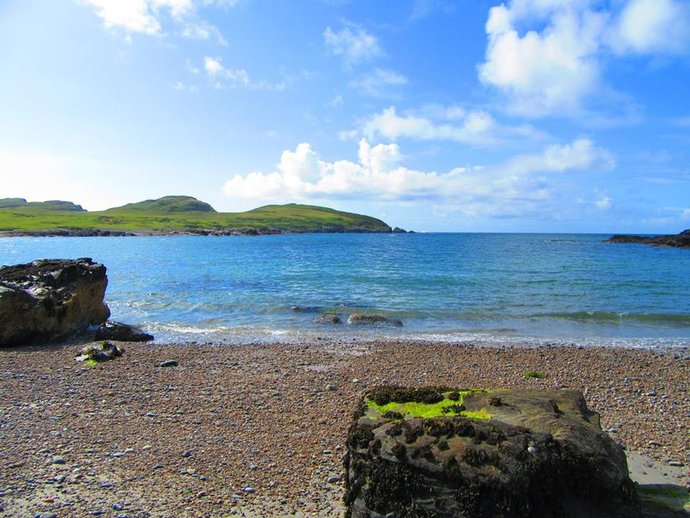 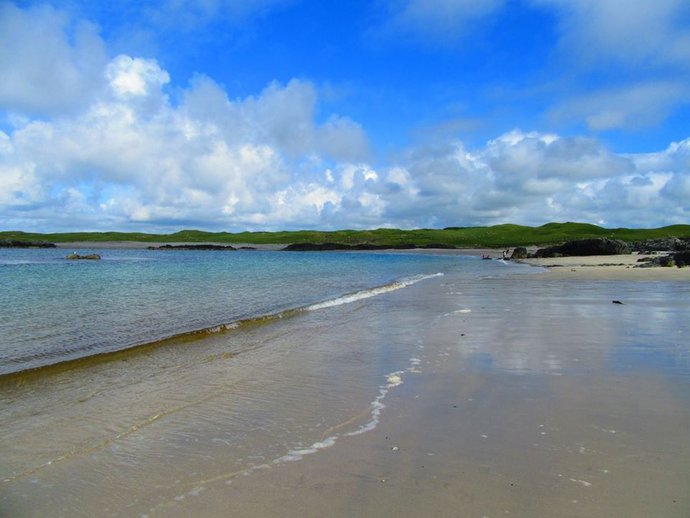 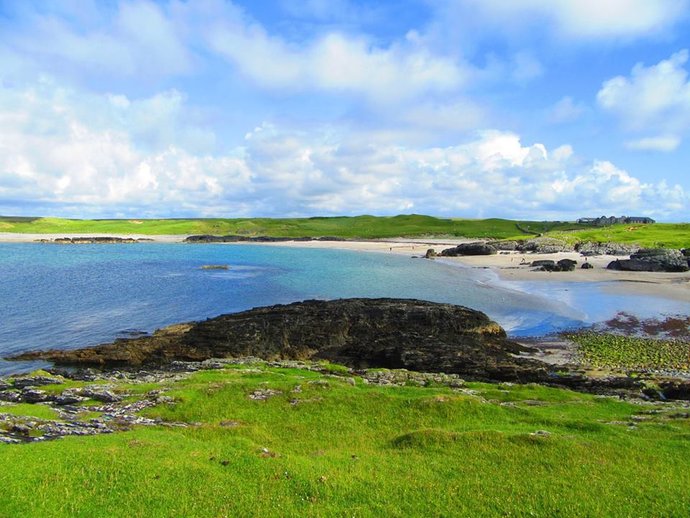 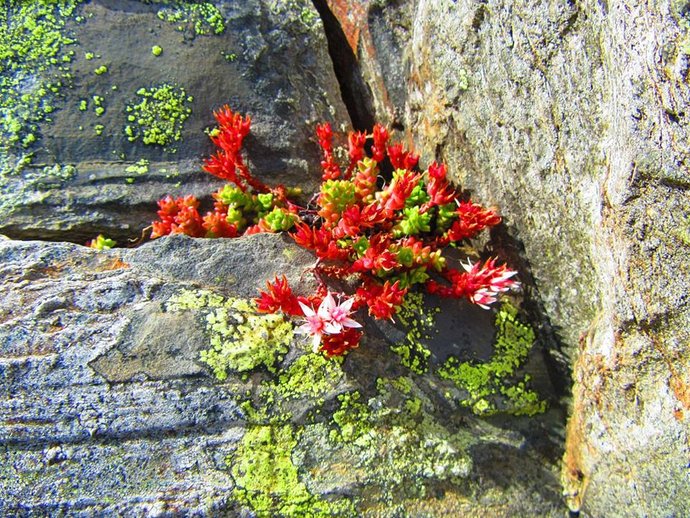 Not on a par with Machir Bay for beauty, but the best was yet to come. The next section of coastline was pretty rough, with lots of short, steep ups and downs, with a few boggy sections which needed diverted around / jumping over. Eventually, a sudden view of Port Ghille Greamhair opened up below. 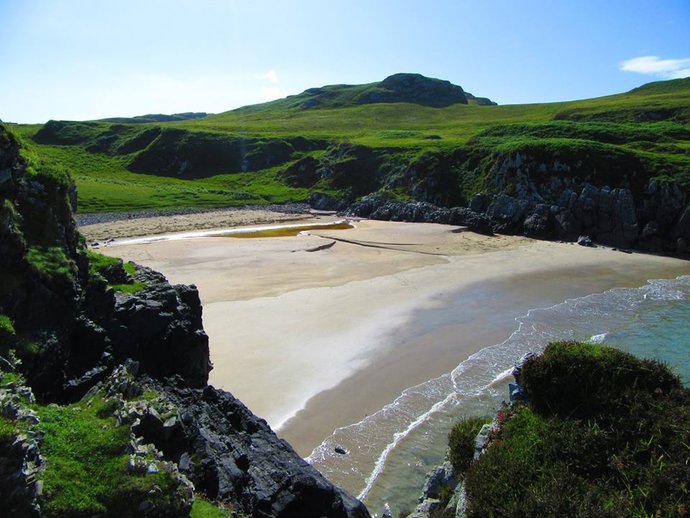 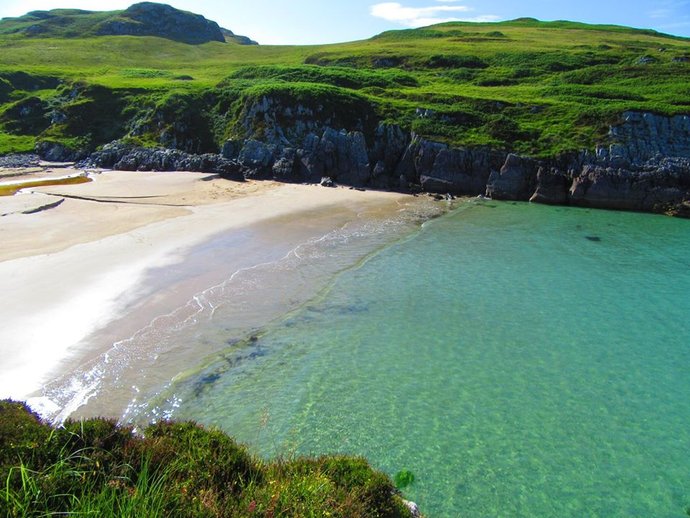 Rock bands and traces of a path might have provided a sketchy scramble directly down, but we didn't try it. Instead, we used the easier path a little further one which gave access to the back of the bay. A wonderfully intimate cove, secluded and deserted - although a smouldering fire below the far cliffs suggested that other visitors weren't long gone. 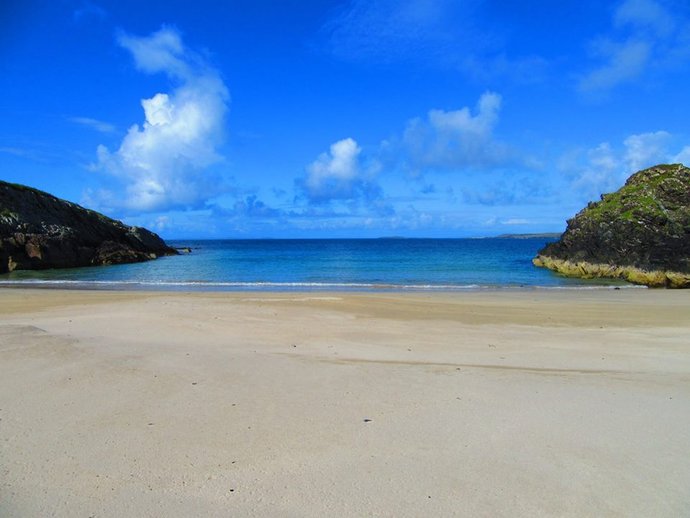 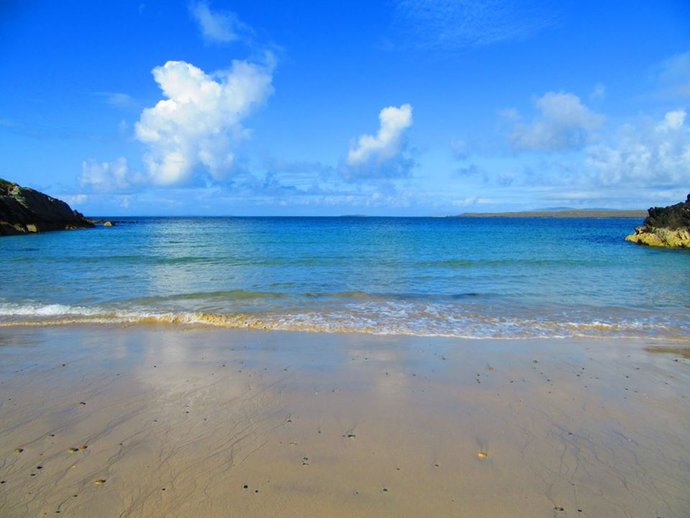 We also spotted these strange things down towards the low water mark. Some strange type of jellyfish? 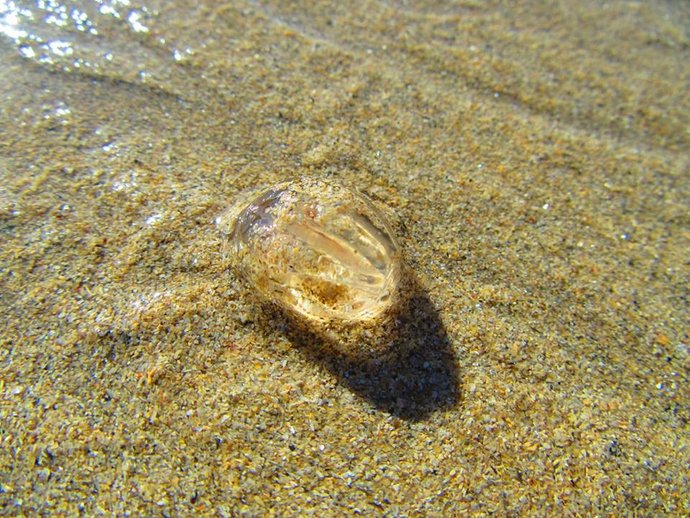 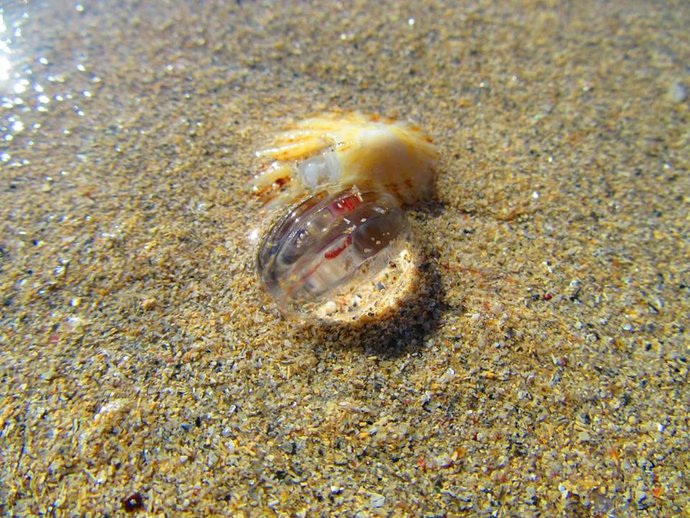 We spent a good 45 minutes or so at the beach before remembering that we had a table for dinner booked. The return to the car park was almost a repeat of the section from Sanaigmore. Turned out that keeping a little further back from the coastline here was less scenic but much easier going. Watched over by lots of sheep... 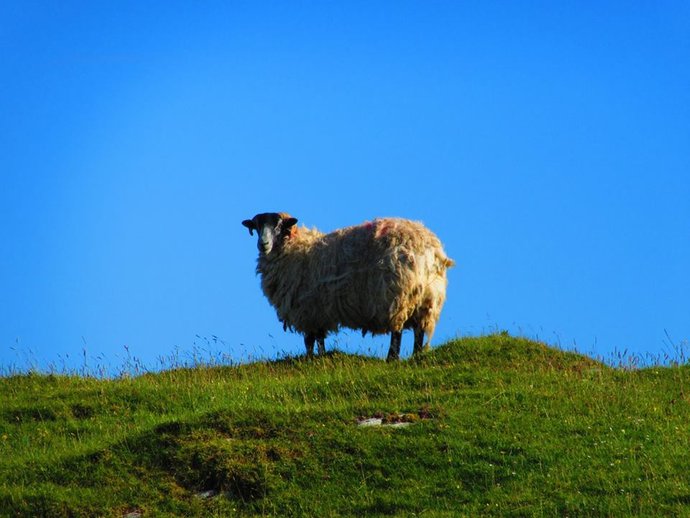 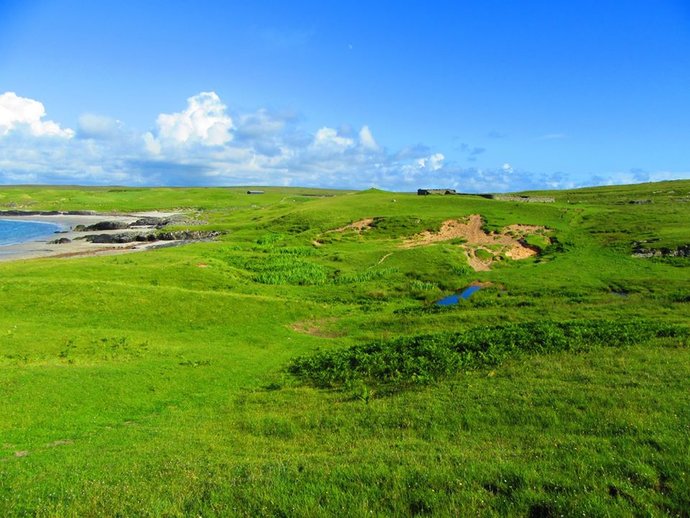 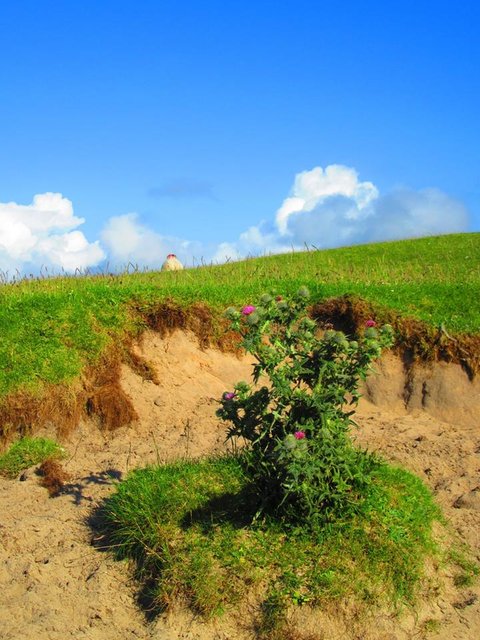 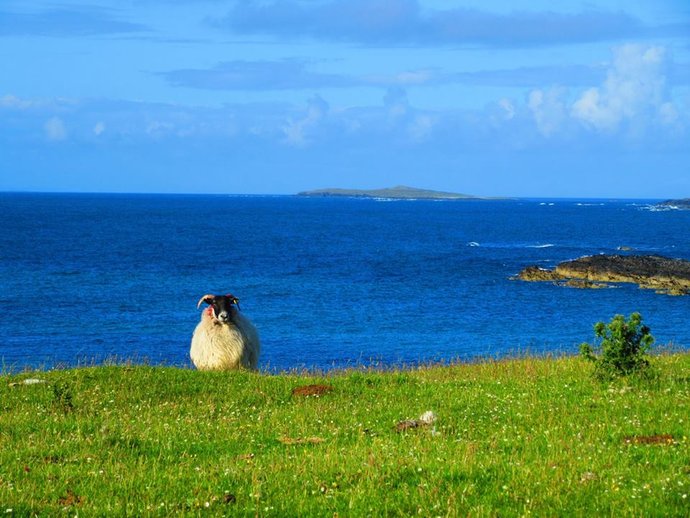 Another beautiful corner of Islay.