our_route.gpx Open full screen  NB: Walkhighlands is not responsible for the accuracy of gpx files in users posts
After several weeks of rain or kitchen re-building the sun decided to shows its head so me and the dog got our boots on (figuratively speaking) and headed east into the lovely Kentmere Valley. The farmers field at £2 a car is probably the cheapest car park in the Lakes and probably the only car park not owned by the trust. From here we headed up past the church and the rocky trek up to Yoke. 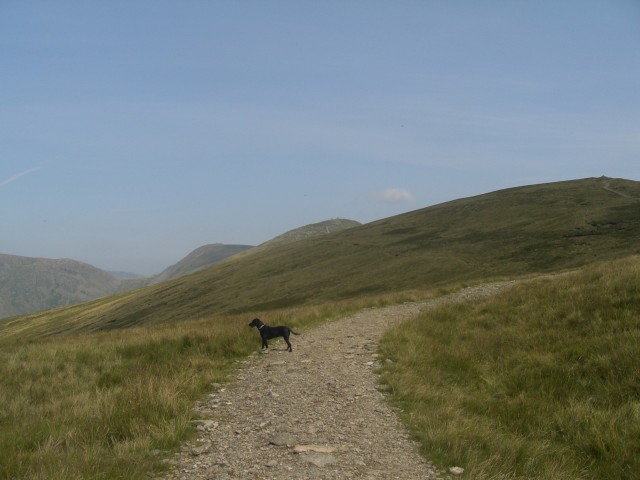 Climb to Yoke from Kentmere Village

The ground was fairly solid underfoot for the majority of the walk which after the amount of rain in the last few weeks was a pleasant surprise. 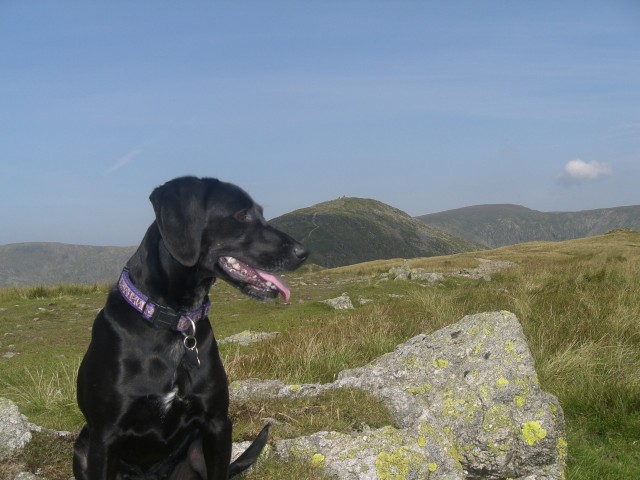 The left hand ridge is simply fantastic covering Yoke, Ill Bell & Froswick with stunning views over the surrounding ridges and down into Kentmere Reservoir. 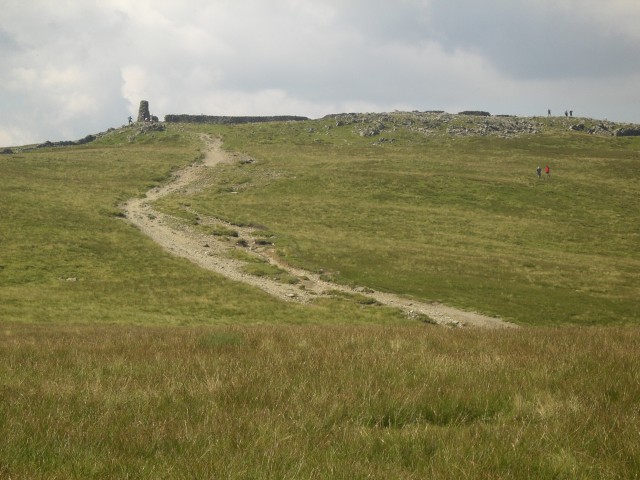 View up to Thornthwaite Crag The walk takes on a different feel as you approach Thorthwaite Crag and the trek up High Street, still stunning but more drawn out. Crossing the wall at the top of High Street we started the return journey to Mardale Ill Bell passing the picturesque Blea Tarn and the steep descent and even steeper ascent (at least it felt that way) back up to Harter Fell. 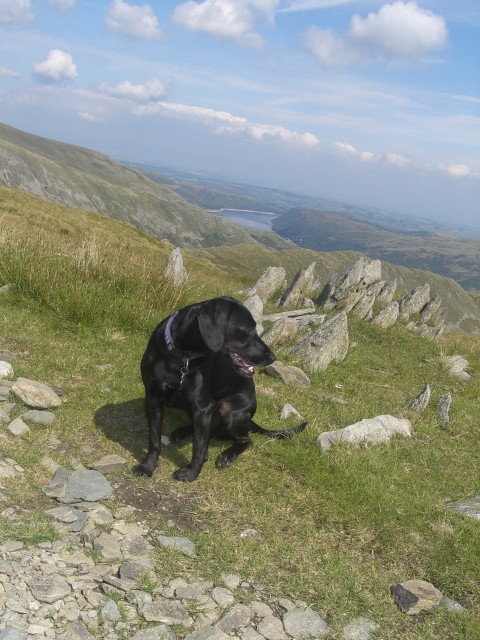 Admiring the view before ascent to Harter Fell On top of Harter Fell

The return ridge had a different feel yet again following the fences and walls through open marsh land over Kentmere Pike and onto Shipmans Knott. The sun had beaten down all day and my head was about the same colour as the beetroot I'd had in the sandwich back on High Street. My feet were killing me and I think even Damson had had enough by the time we made our way back down the rocky track and road to the village and back to the car. Note : Take plenty of liquid if trying this on a hot day as we ran out well before the end and were in need of several pints when we returned home (water I'm afraid as I was so dehydrated).
A great walk in great weather and I'm going to get some lighter boots before I try one that size again !!

Know that route well and looks like you had superb weather. The Watermill at Ings or the Eagle and Child in Staveley are both good for a post walk pint. Looks like Haweswater's filling up.

Wish I'd known about the Staveley pub before hand. I'ts been a long time since I've needed a drink like I did on Sunday. I got through 7 pints of various cordials on returning home and Damson had 3 herself. I should have stopped in Windermere but the place was heaving.