Ben Vrackie - A sunrise to remember.

Ben Vrackie - A sunrise to remember.


This was a little bit of a spontaneous decision to walk up the Ben Vrackie. I had an opportunity to spend a weekend with my family in Pitlochry, and before I set off I took my hill walking gear with me - just in case.

During the stay the weather forecast was rather poor, but the actual weather was rather pleasant. The "day shift" was not an option for me, so I had to plan for something either early morning, or late evening. As such I decided that I will do the closest hill, and will aim at sunrise. A quick research and this is how the Ben Vrackie came about. The more I read about it the more excited I was, as the views were supposed to be quite rewarding.

My mum, who used to be a keen hill walker herself, decided to join me as well, and did not mind getting up at 0330 on Sunday morning.

We chose the typical route up the Ben Vrackie, between the Creag Bhreac and Meall na Aodainn Moire, up to the Loch a choire, and then steep up the southern slopes to the summit.

The morning was rather dark but pleasantly warm. We set off from the car park at 0350. Due to poor planning I only had one head torch, but after the first 30 minutes, when we got out of the woods, mr. moon kindly assisted with illumination of the path sufficiently.

The views, naturally, were none pretty much all the way up. The path until the Loch is very nicely laid out and it is impossible to get lost, even in the poor light. The section from the Loch up is steep but still very nicely laid out, with steps pretty much all the way up to the summit. Some may like it, others may not, but this is the way it is here. I presume it does help with the maintenance of the path, and reduces the erosion due to human traffic.

We got to the summit around 0530. It was still dark but with the sunrise only 30min away it was getting brighter every minute. I have explored some nice spots for photography, set up my time lapse camera and then enjoyed the spectacle. 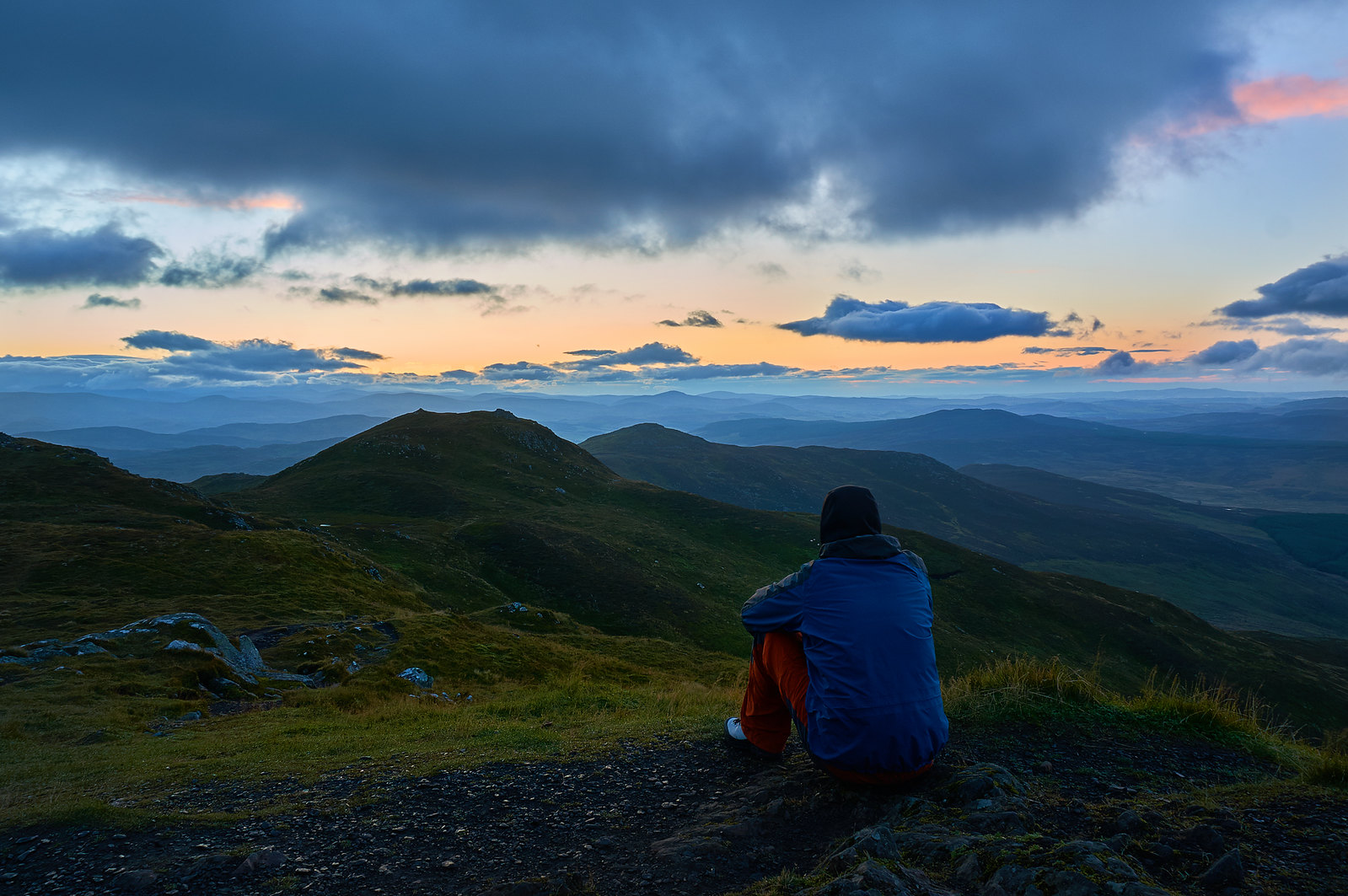 The sunrise was absolutely beautiful. Every time I experience a moment like this it feels so special, so lucky. To me, it always puts life, and other everyday problems into perspective. Just sitting there, and enjoying this magical performance given to us by nature... I am getting a little bit too sentimental here 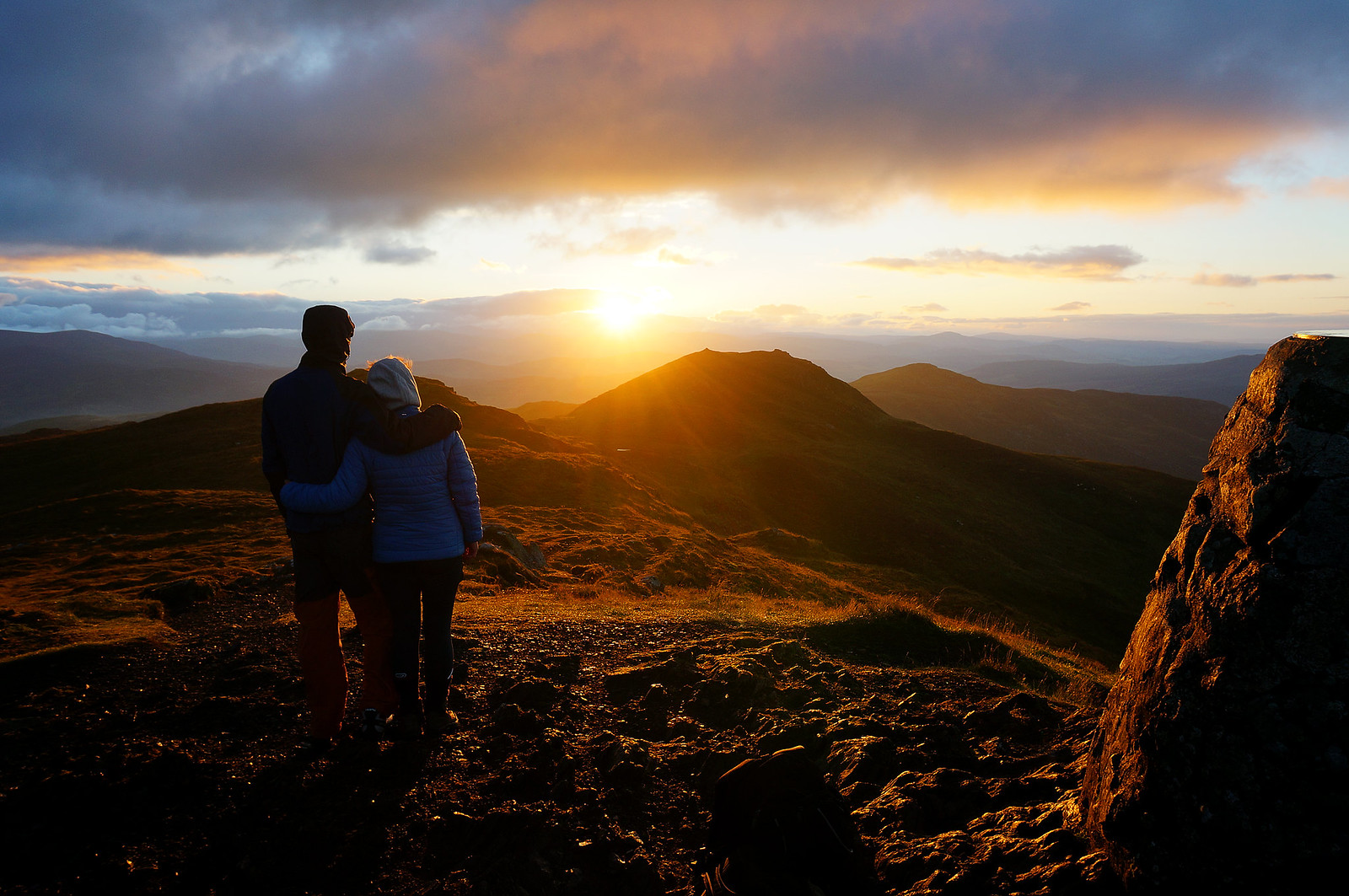 As the sun started to rise the landscape around us began to come alive. 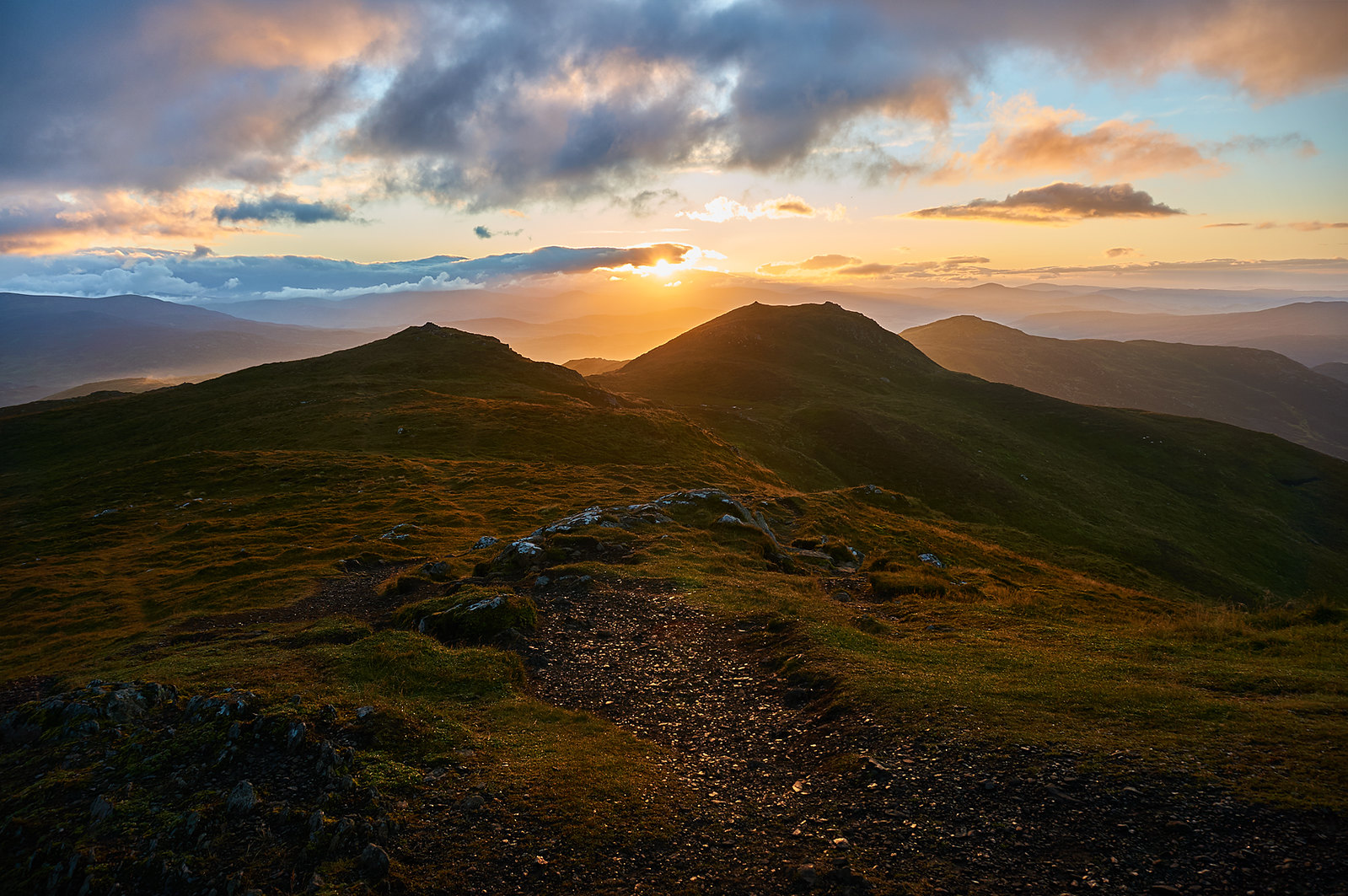 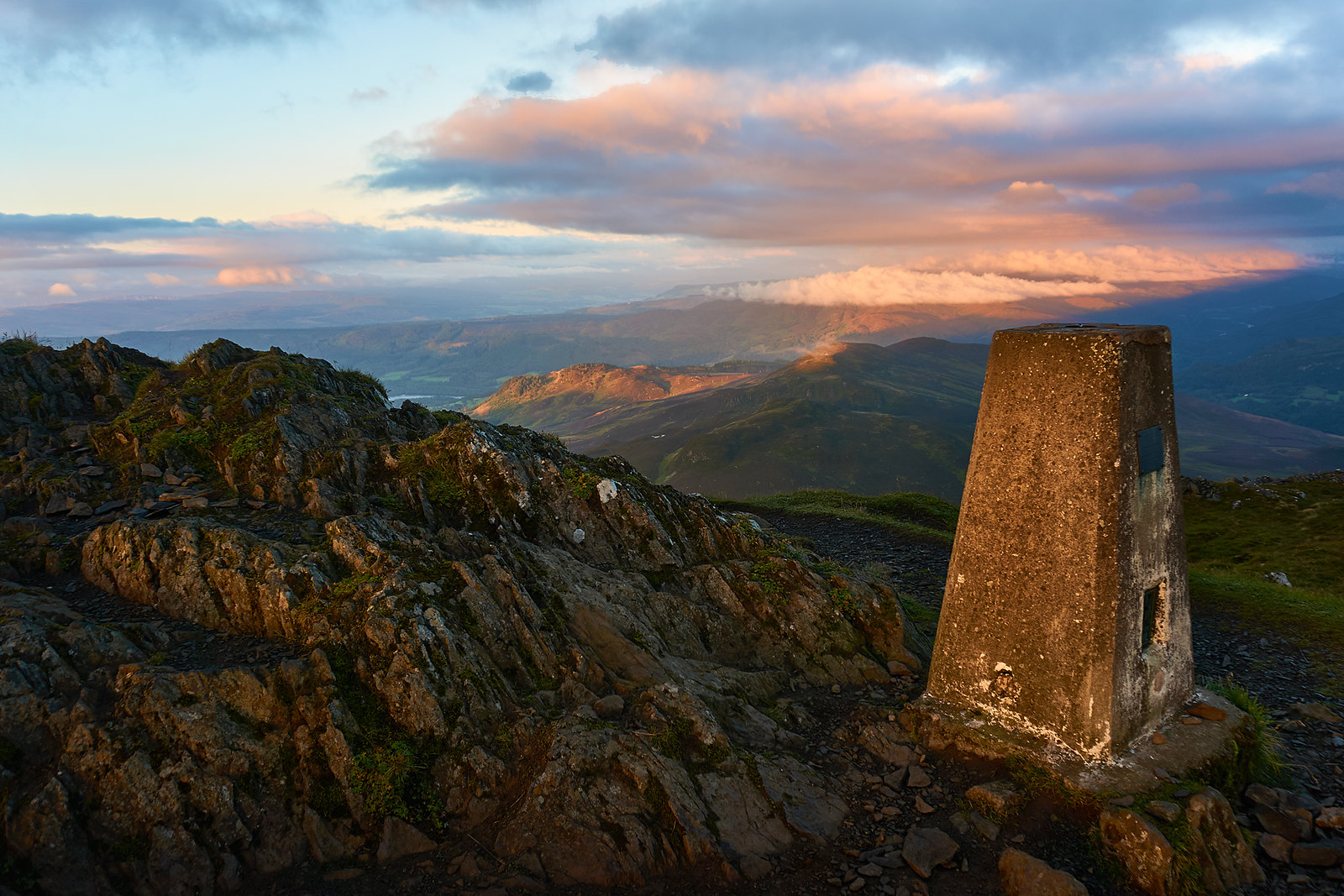 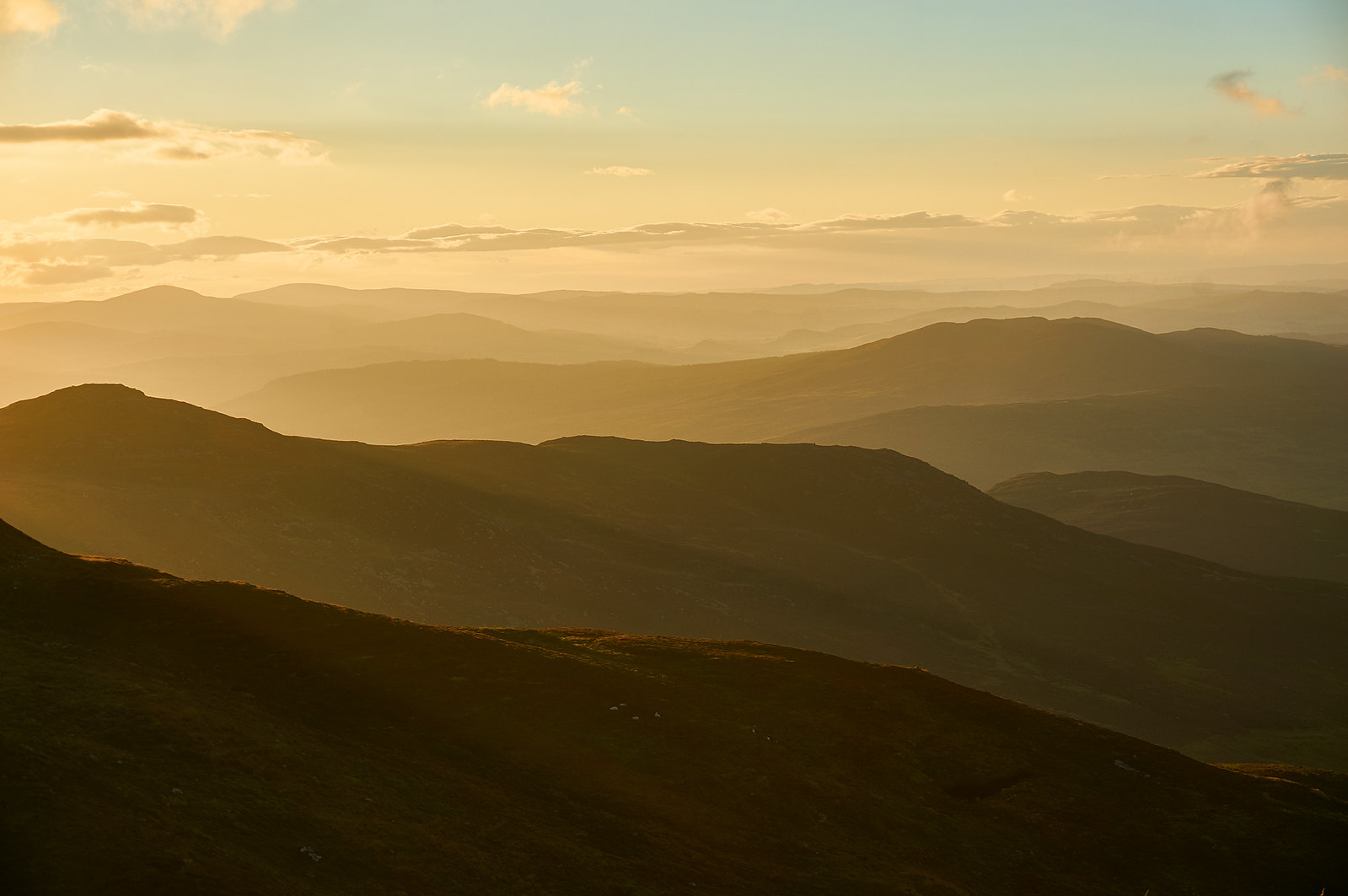 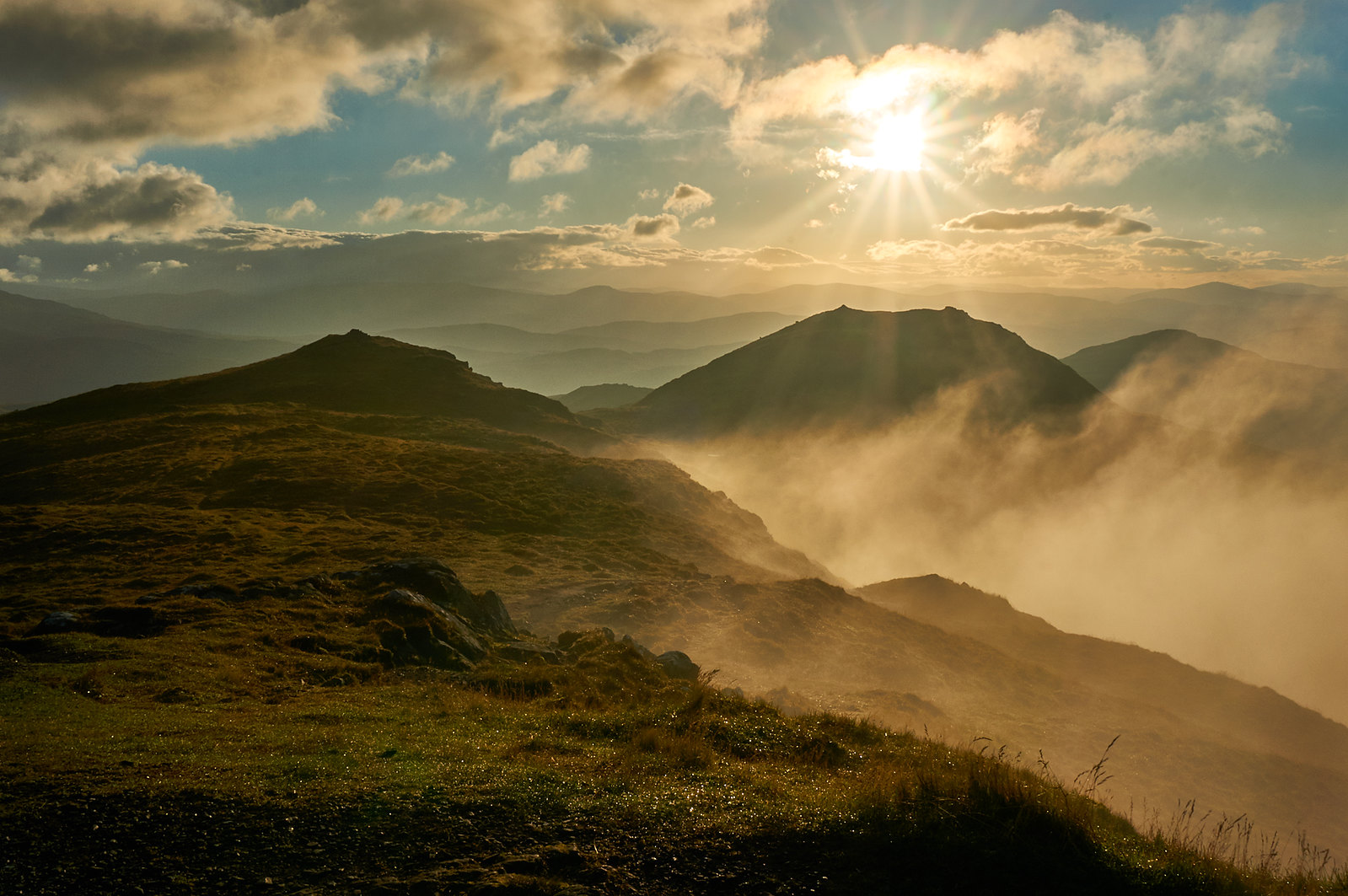 Soaking up the morning sun. 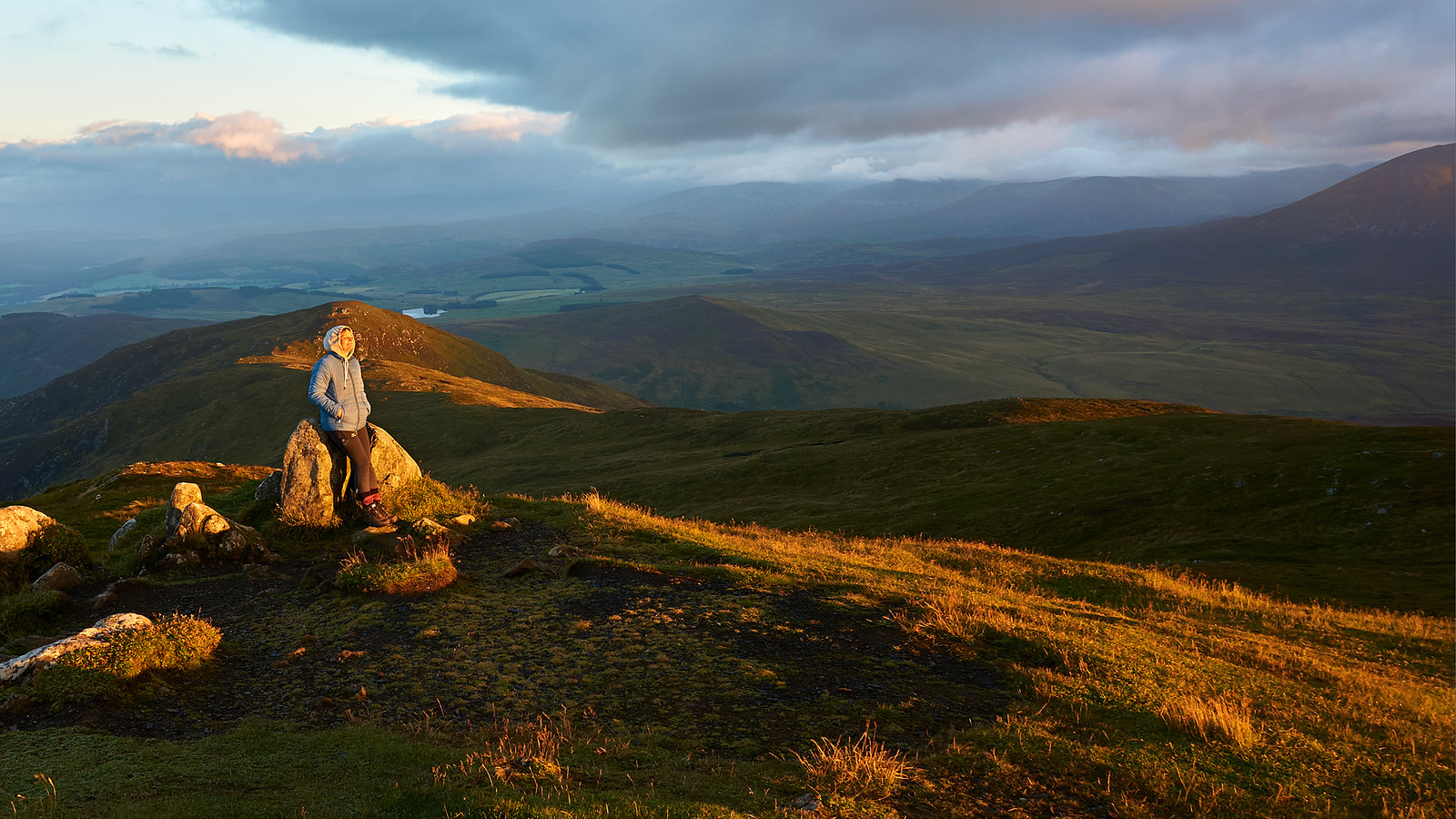 Final photo on the summit. 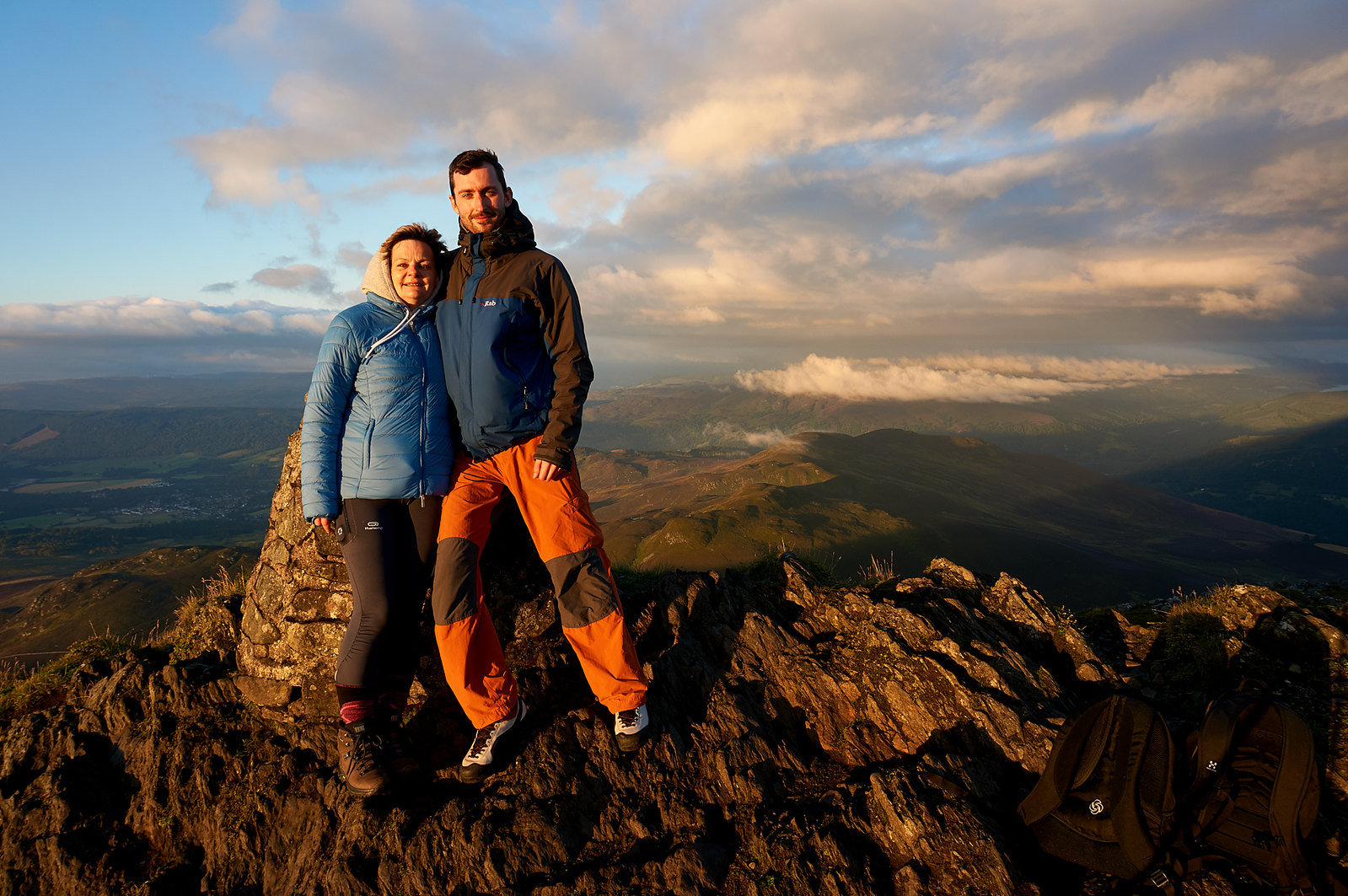 We have spent around hour and a half on the summit, after which we reluctantly decided to make our way back home. 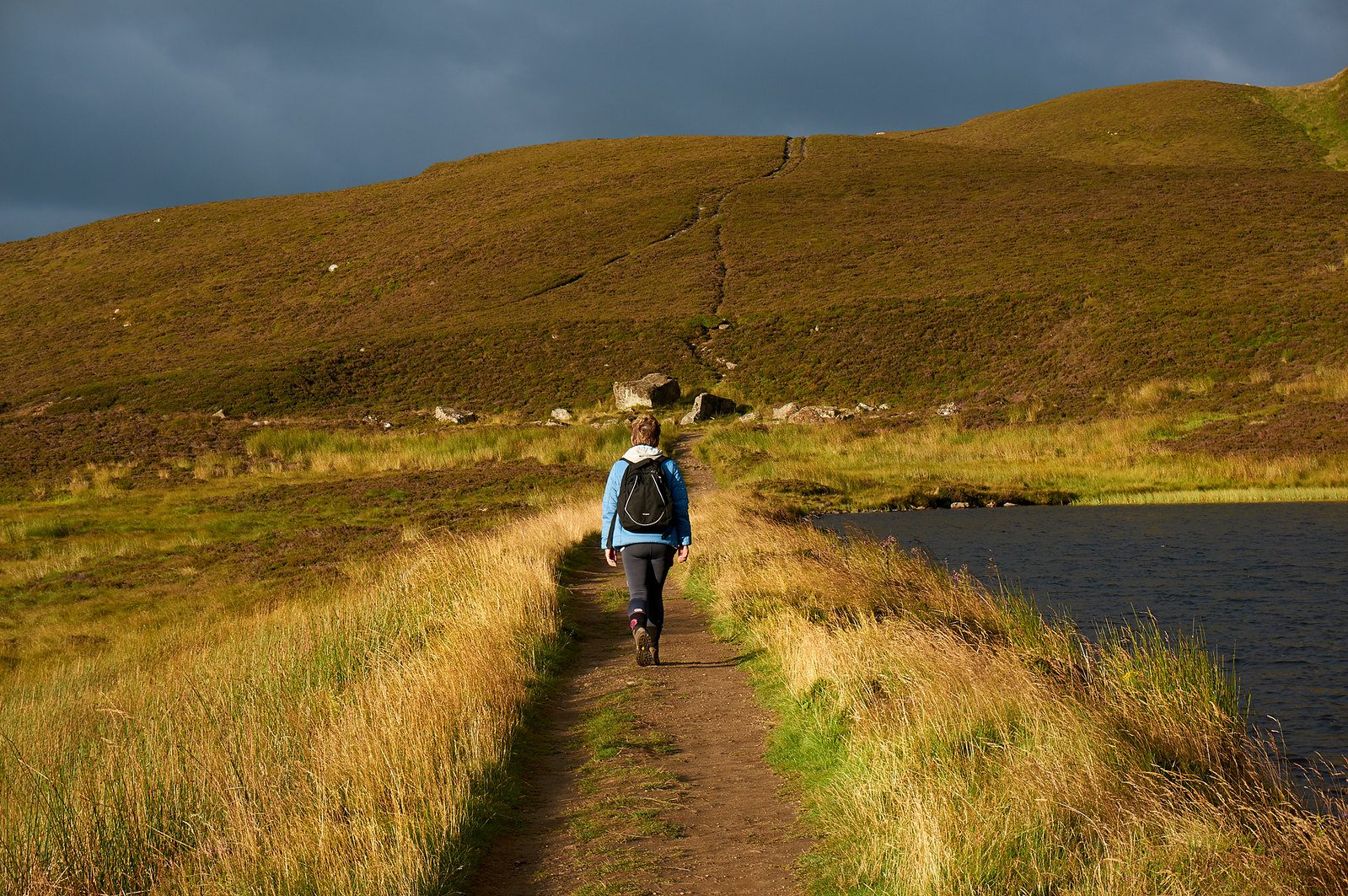 Ben Vrackie may not be the highest or the most difficult hill around, but it is manageable for pretty much everyone and the views make up for the effort hundred times over. 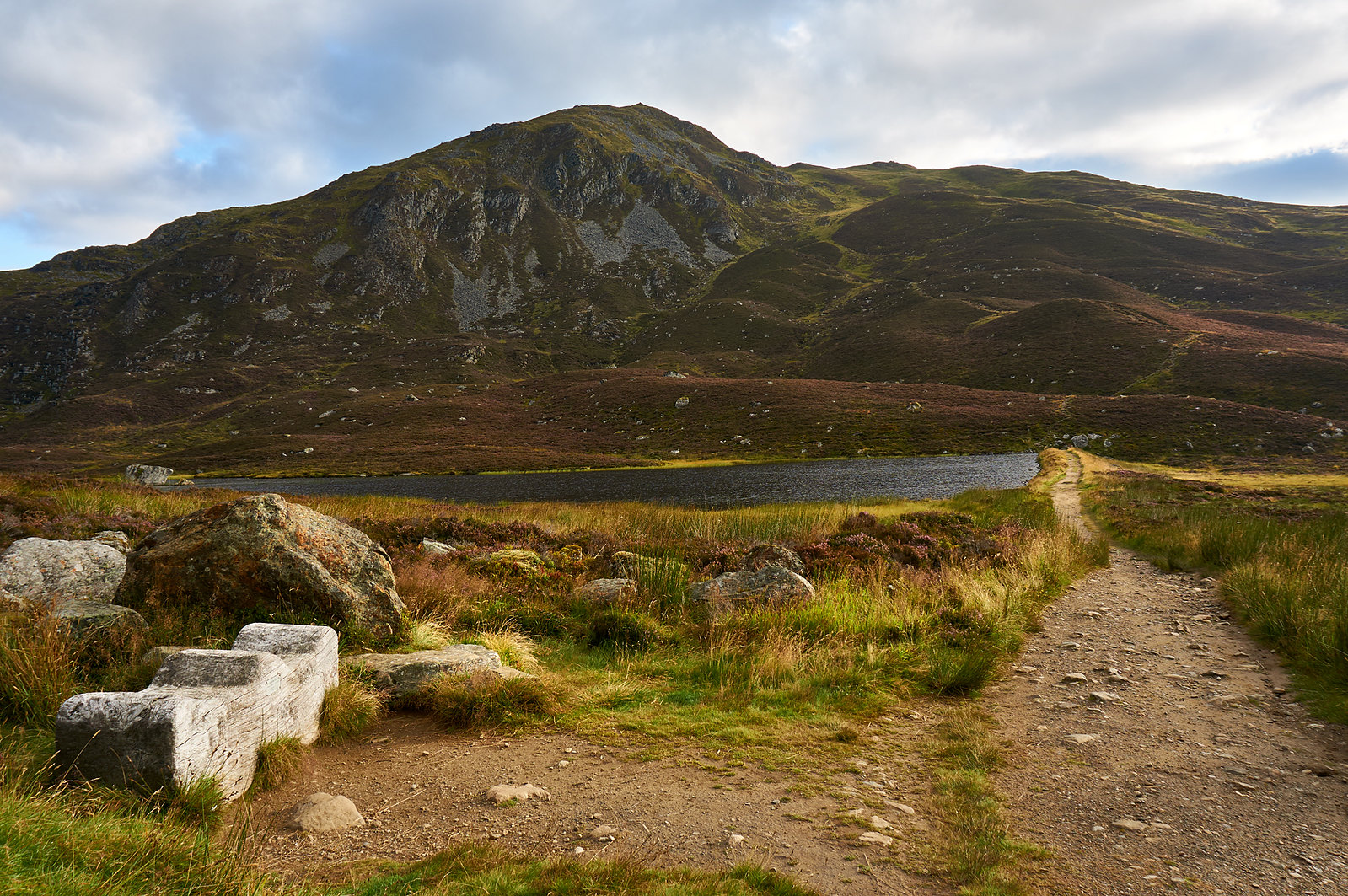 Few panoramic images from this morning:

I hoped you liked it. The full slide show form that morning including some time lapses is below:

Thank you and see you next time.

Superb photographs, but I bet it was even better being there.!

The Rodmiester wrote:Superb photographs, but I bet it was even better being there.!

You are spot on Rodmiester, i worked hard to make the photos reflect the actual moment, but in my mind was still much better that the images captured. The entire atmosphere of this place, in that moment was absolutely unique.Thank you for you comment.

Thanks for sharing this marvellous record of your trip - the photos and video are stunning.

I am planning to do BVr in a couple of weeks - sounds like I am going to see some beautiful views.

Have just done the Eildon Hills near Melrose and very much agree that sometimes the views from the smaller hills are equally as stunning.