On Friday the 13th I drove up to Fort William to stay overnight then on Saturday morning I completed my journey to the South Glen Shiel ridge to do the three westerly Munros, since I had done the other four several years ago. This was going to be a two day outing as on the Sunday I would be meeting up with some friends to do The Saddle and Sgurr na Signe. The plan was to camp at the Sheil Bridge campsite to get the feel of sleeping in a tent for the wilderness walks that I have planned for the remote Munros such as The Fisherfield six.
I arrived at the start point on the A87 with the mist low down, which is not what I expected after seeing the weather forecast the previous evening. 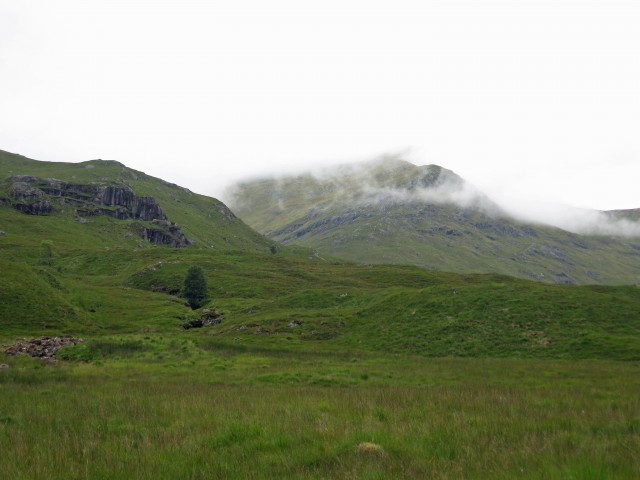 I set off south then south west for a short distance then south on the stalkers path heading for the summit of Sgurr Coire na Feinne. 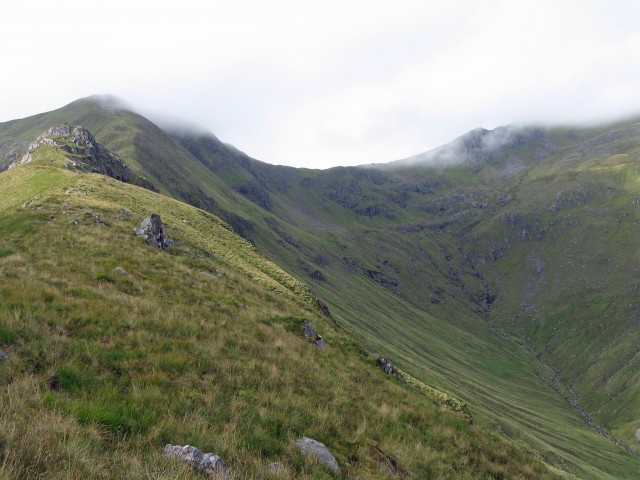 From there I headed south west heading for my first munro of the day to Sgurr an Doire Leathain and by now the mist had lifted off the tops and the views were improving. 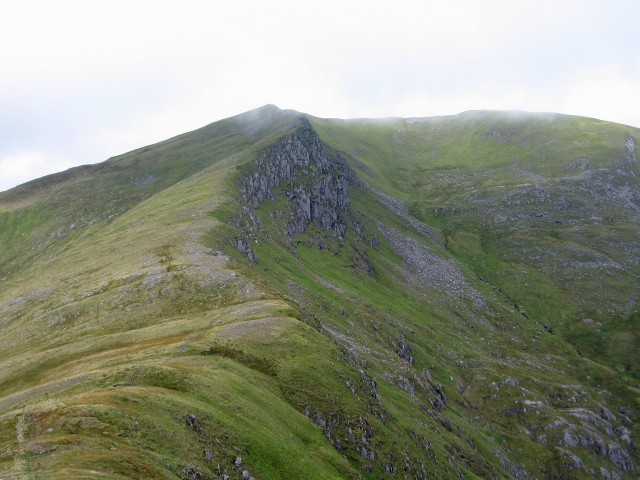 Sgurr an Doire Leathain. Summit to the right 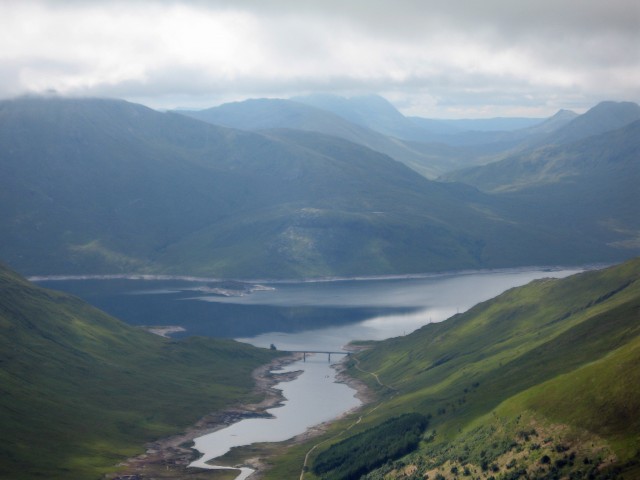 I had a chat with a biker at the summit who had stayed at the campsite the previous evening and warned me about the midges in the morning. I was to find out next morning what he meant. 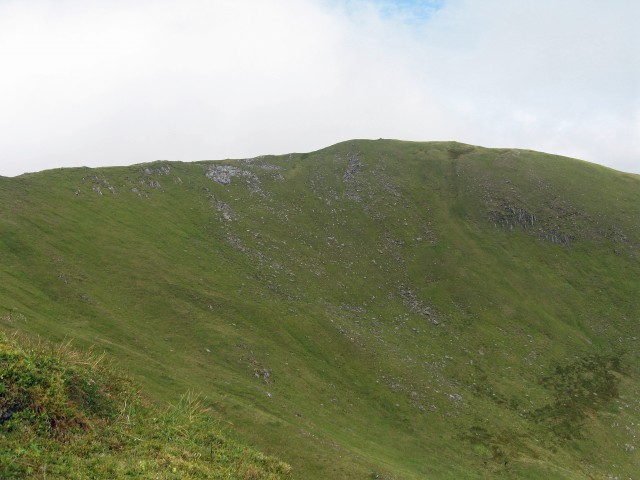 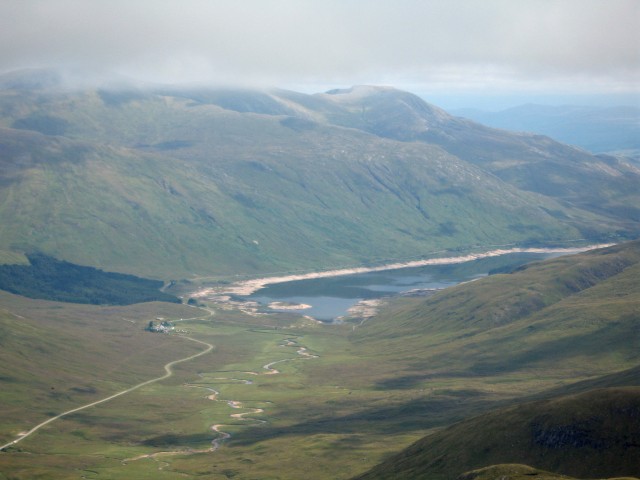 I set off for my next Munro of Sgurr an Lochain which had a sharp point for a summit which over looked the Lochan it is named after. 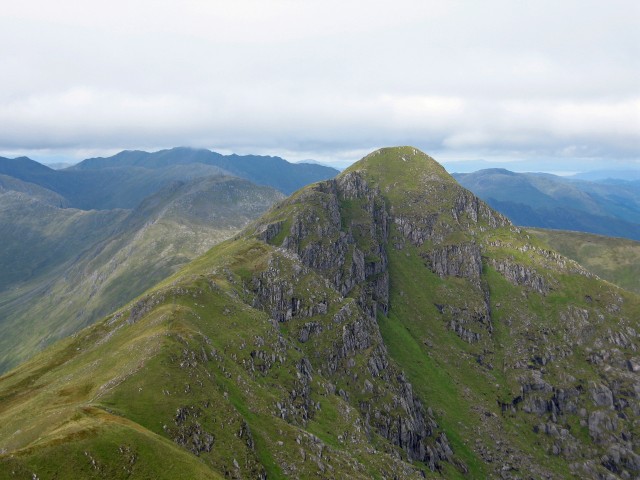 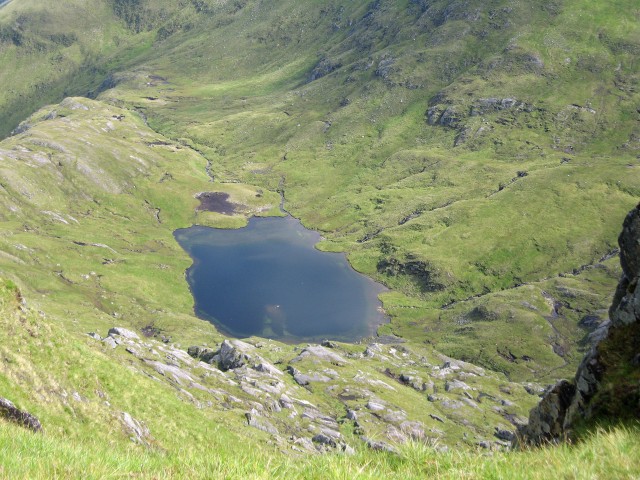 By now the mist had completely cleared and on went the sun cap and sun cream to keep the suns rays at bay, as it was very hot and drank I lot of water.
The next target was Sgurr Beag though on approaching the base of the peak, I decided to traverse round the north side of the peak to save the legs for the 7km walk along the road to my car. I met a young couple who had camped out in the wild during the night and unfortunately her face was covered in red spots from midgy bites. After a few minutes chat I carried on round and picked up the path that would take me to my last Munro of the day which would be Creag nan Damh. 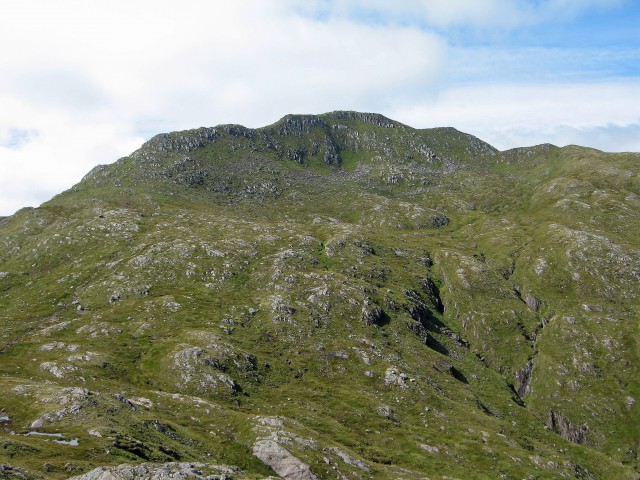 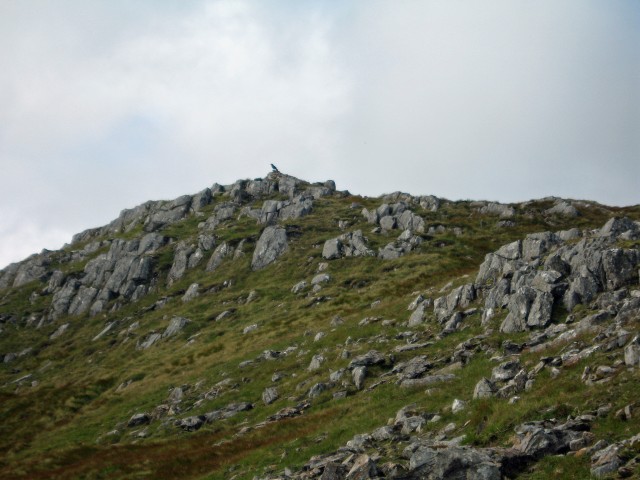 This was a steep pull from the 726m height on the col to the summit. On approaching the summit there was a very large bird sitting on one of the cairns though just too far to make out exactly what it was. Took photo and somebody maybe able to recognise it. Also took photos of views. 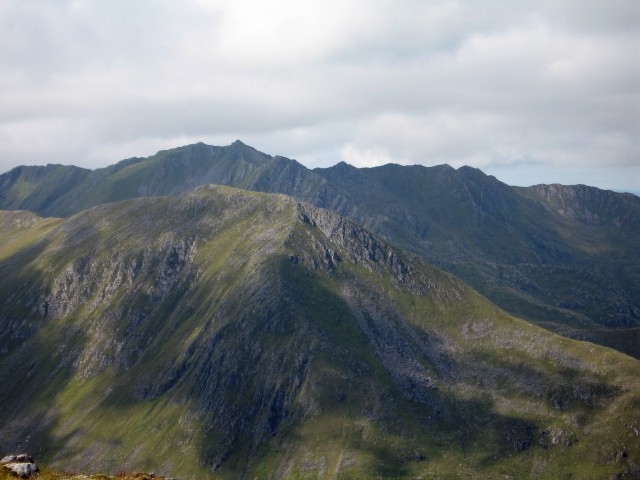 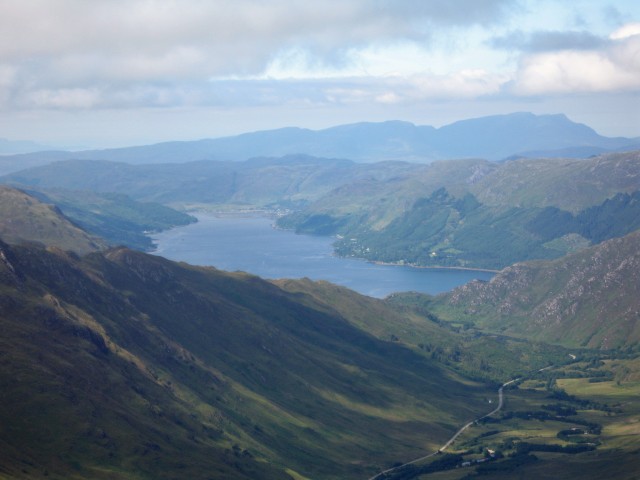 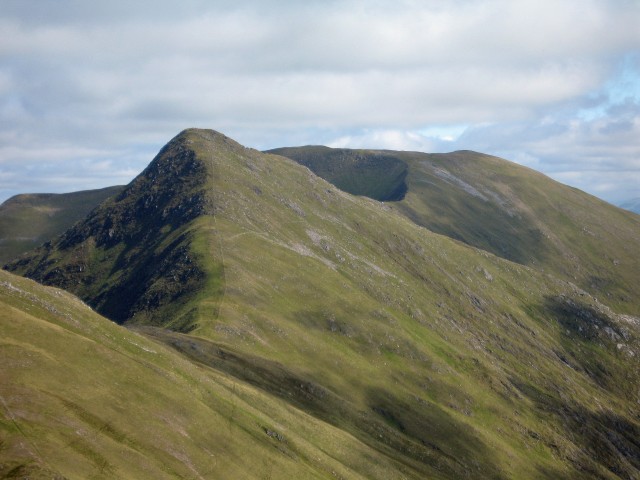 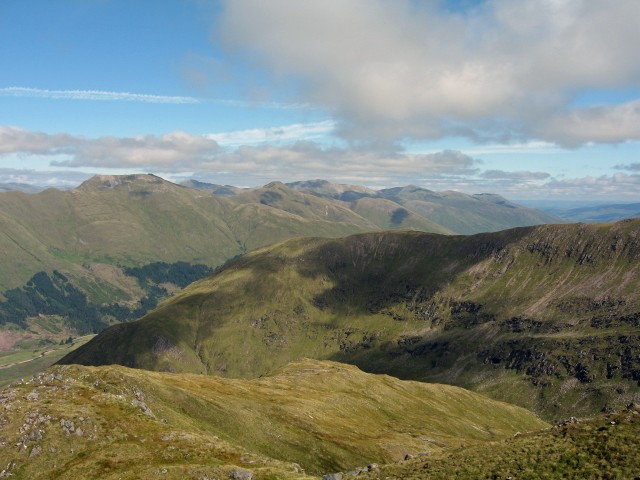 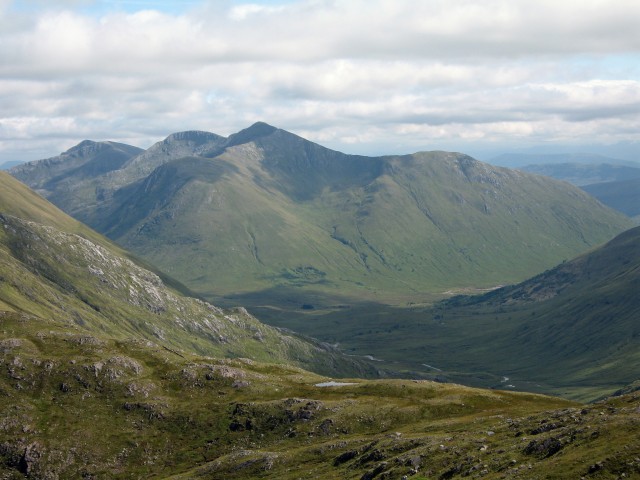 From there my descent took me back to the A87 via the north east ridge which was very steep then picked up the stalkers path and cut through the east side of the small forest then a long walk back to the car.
A great day made better by the weather and views that make all the sweat worth while.