From a distance (you can see it from the M6 or from the eastern Lake District), Melmerby Fell doesn't look like a separate hill. It's just a bump on the long boggy ridge that sprawls northwards from Cross Fell.
The easiest way up would be from near the cafe at the top of Hartside pass, from where you could walk along the ridge with a minimal amount of ascent, but I decided on a longer walk starting from Melmerby village. The signposted track goes up through some woodlands and out onto the open fell. The main path takes a winding route to Knapside Hill, but I headed straight up towards the rocks on Melmerby High Scar. 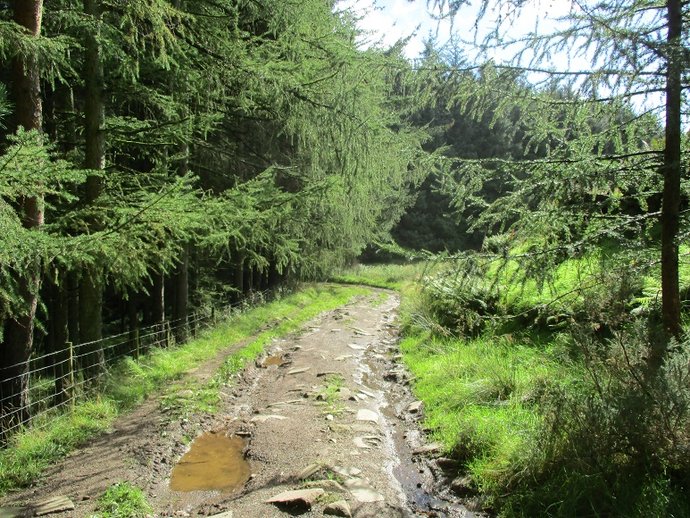 On the way up I passed the entrance to an old mine. This was probably as close as you could get to a steep ascent on this hill, although it wasn't hard to find a grassy rake leading up between the rocks. I then had to climb over a stone wall before heading up to the flat grassy summit area. 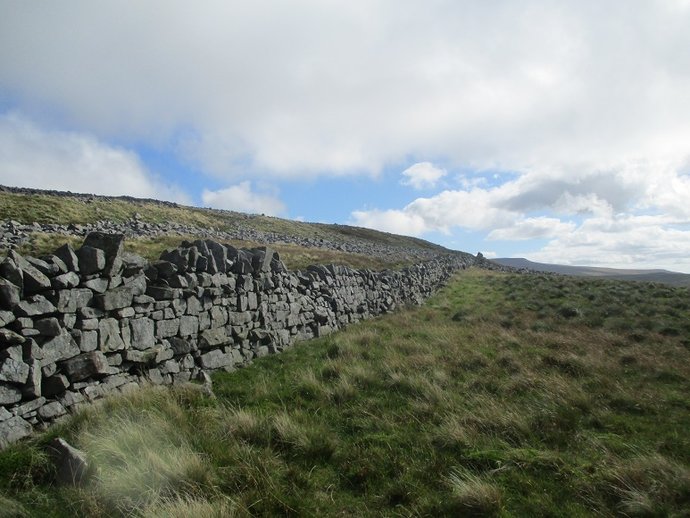 The ridge over Knapside Hill to Fiend's Fell was mostly easy walking, but a bit boggy in places. This gate was so muddy it was easier to just climb over the fence. Fiend's Fell is a Nuttall summit with a relative height of 27m, so it's conceivable that it could turn into a Hewitt next time they measure it. Descending Fiend's Fell, I ignored the path heading towards Hartside Cafe, and headed straight downhill until I came to an old track, which I guess would have been the main road to Alston before the A686 was built. I avoided the traffic on the main road by following this track and then a minor road back to Melmerby. However, I wouldn't recommend the narrow lane between Hazel Gill and Melmerby to anyone who doesn't like getting wet. 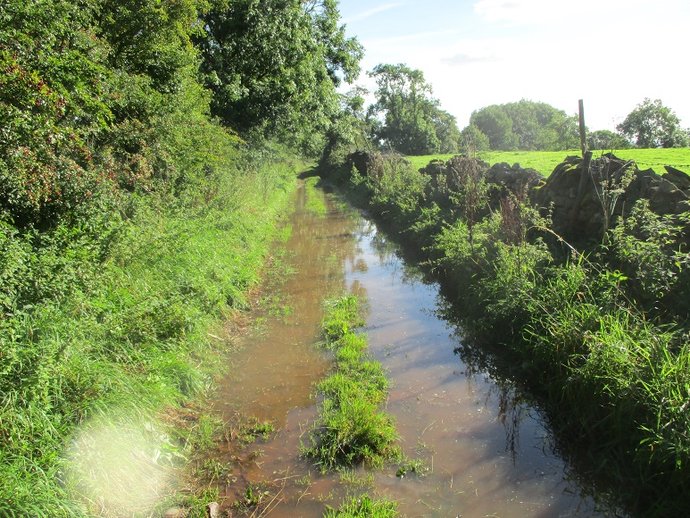 Looks like that longer walk was a good choice andy, not sure about that last road pic

they need some drainage really badly on there