After having done his big brother's paper round wee Bob and I headed off from a very foggy Glasgow for Glencoe. Thankfully when we arrived at the BeeHive cairn carpark just after 10am there was still space to park.

As we put our boots on the new search and rescue helicopter flew overhead on what I assume was just a training exercise. The fog of Glasgow had been replaced by an almost cloudless sky. There was still a chill in the air as we headed off given the lower slopes were in shade as the sun was not yet high enough to shed its warmth on us.

I'd said to Bob that the plan would be to keep a steady pace and that way he'd not need to stop too often to recover. he did quite well with this, but did need some encouragement to keep going as we ascended the steps unto Man Buidhe. While we could not see them the bellow of rutting stags would be heard - I think I need to invest in a wee pair of binoculars to try and spot wildlife.

At the bealach we took the left hand path to ascend Stob Coire Raineach first. Bob's spirits were high as he knew there was not too far to go to reach the first summit. We had a short break at the summit cairn and enjoyed the expansive views before defending back to the bealach. There's quite a lot of loose stone and gravel on the path and if you're not paying attention its easy to loose your footing.

As we headed up to the cairn at 902m at the head of the ride to Stob Dubh we meat plenty of people heading the opposite direction. This meant that after these groups had passed us we felt like we had the hill to ourselves again. The ridge was less exposed than I thought it would be and the views of the surrounding hills definitely inspired Bob to want to come back to Glencoe and climb them.

We spent very little time at the actual summit cairn of Stob Dubh and headed to the second cairn to enjoy the view down Glen Etive and have a bite of lunch. While eating lunch a group of walkers who had walked up Lairig Gartain then up the south shoulder of Stob Dubh joined us. We exchanged pleasantries, finished our lunch and headed back the way we'd just came.

Darker clouds were now covering the top of Buachaille Etive Mor and the odd spot of rain blew our direction. Thankfully it never amounted to anything and the rain jackets stayed in our rucksacks.

We headed back down the steps from the bealach and all I can say is thank goodness for walking poles! My knees are not great and the poles helped take the strain off my knees. As we defended we were met again by the sound of rutting deer. Again, we looked in vain to spot where the noise was coming from but the deer were obviously shy.

Bob kept up a cracking pace as we headed back to the car park and after a wee cup of tea we jumped into the car for a lovely autumnal drive back to Glasgow. 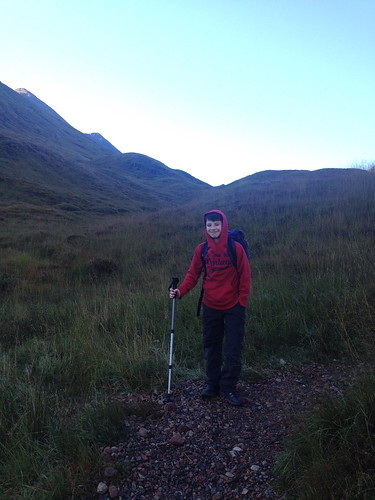 Starting the walk with wee Bob. 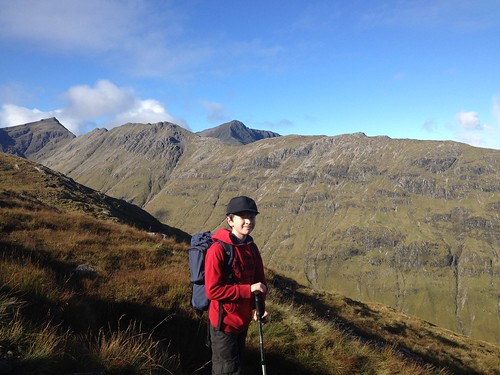 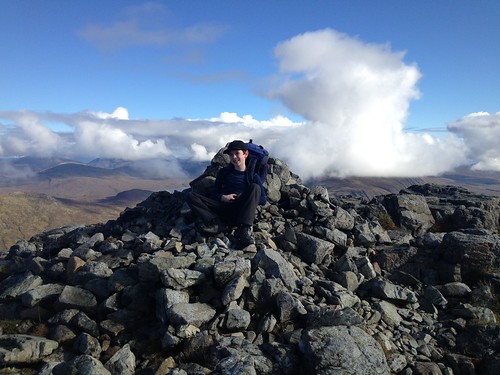 Relaxing at the summit of Stob Coire Raineach 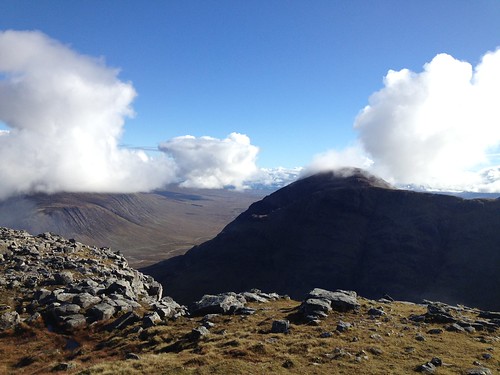 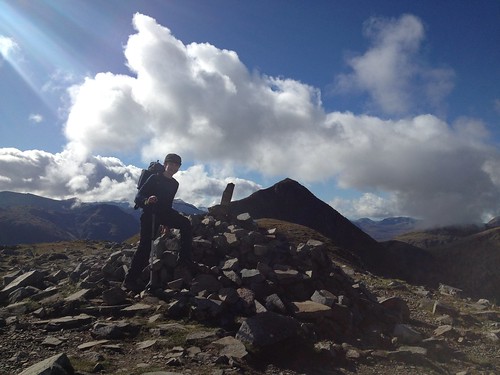 At the cairn heading onto the ridge to Stob Dubh 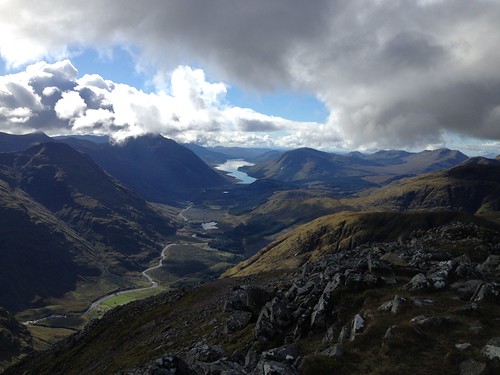 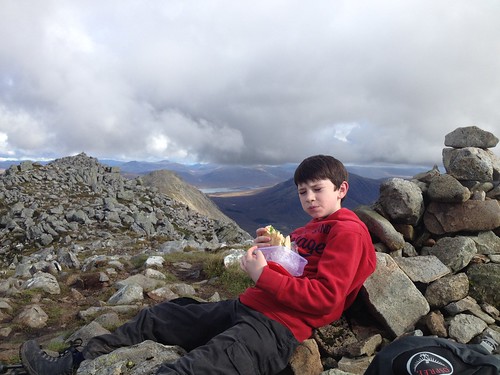 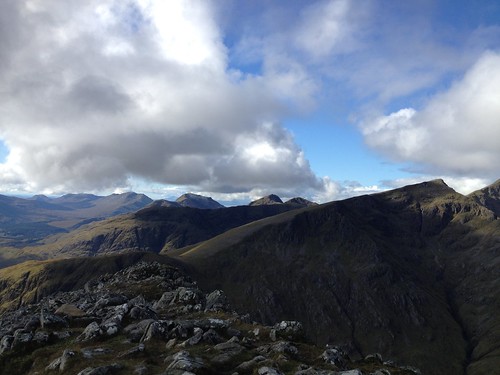