It's been a while

It's been a while

our_route.gpx Open full screen  NB: Walkhighlands is not responsible for the accuracy of gpx files in users posts
Not sure how to draw 2 maps so I have improvised - I did move the car along the road a wee bit to tackle Whitehope Law.

Been itching to get out, but 'man flu' and a few busy weeks have interfered with any outdoor plans and this weekends good forecast was too good to miss out on.
I had earmarked these two hills for a while and after doing my usual searching for routes that fitted in with my plans, I uploaded a couple of routes - thanks to malky c & wjshaw2.
As the start point was less than an hours drive I had a bit of a lie-in and left home at 7.45am, I opted to tackle Windlestraw Law. I knew there was a track and as there was a heavy dew on the ground, my feet may stay drier for longer 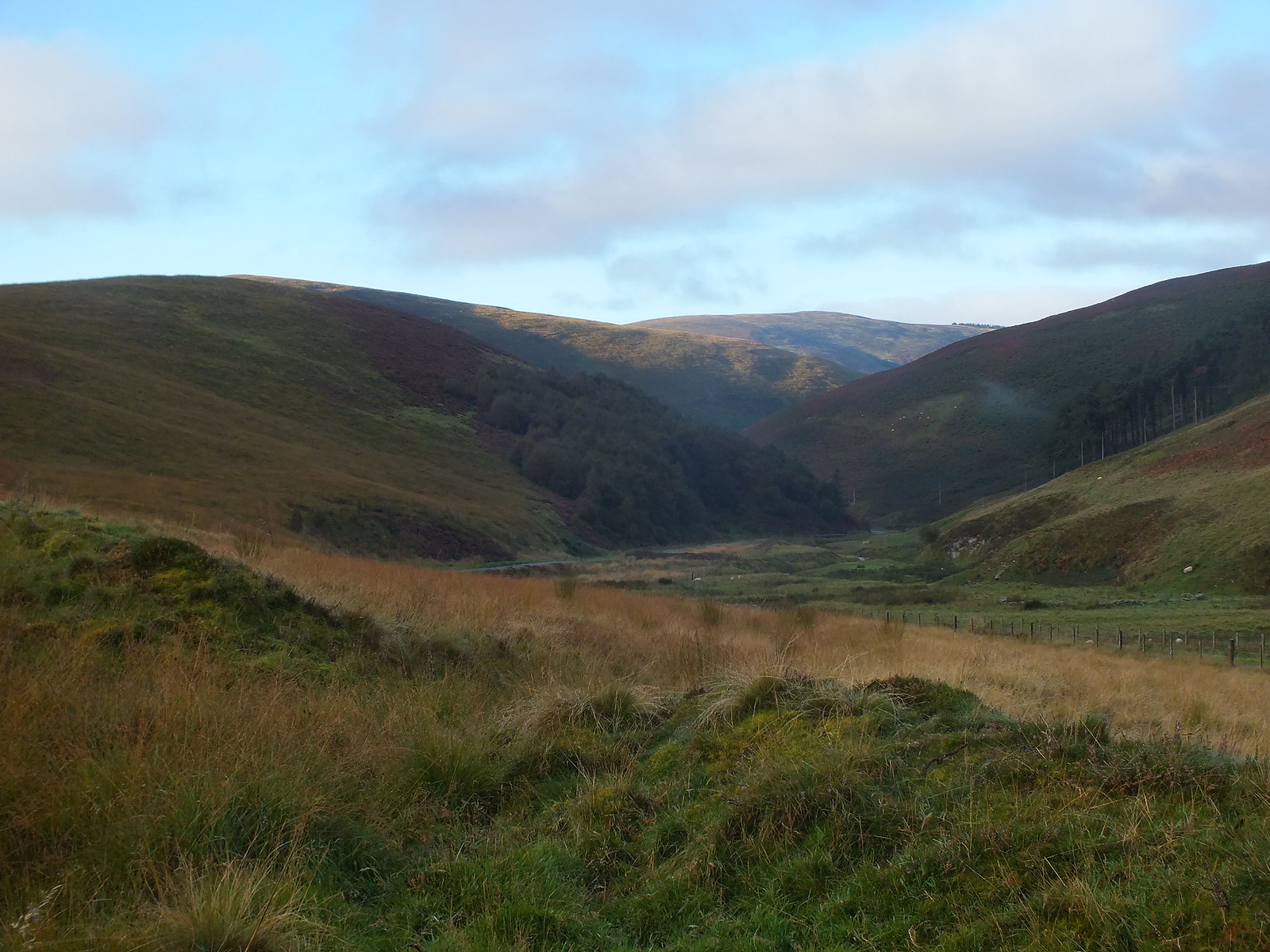 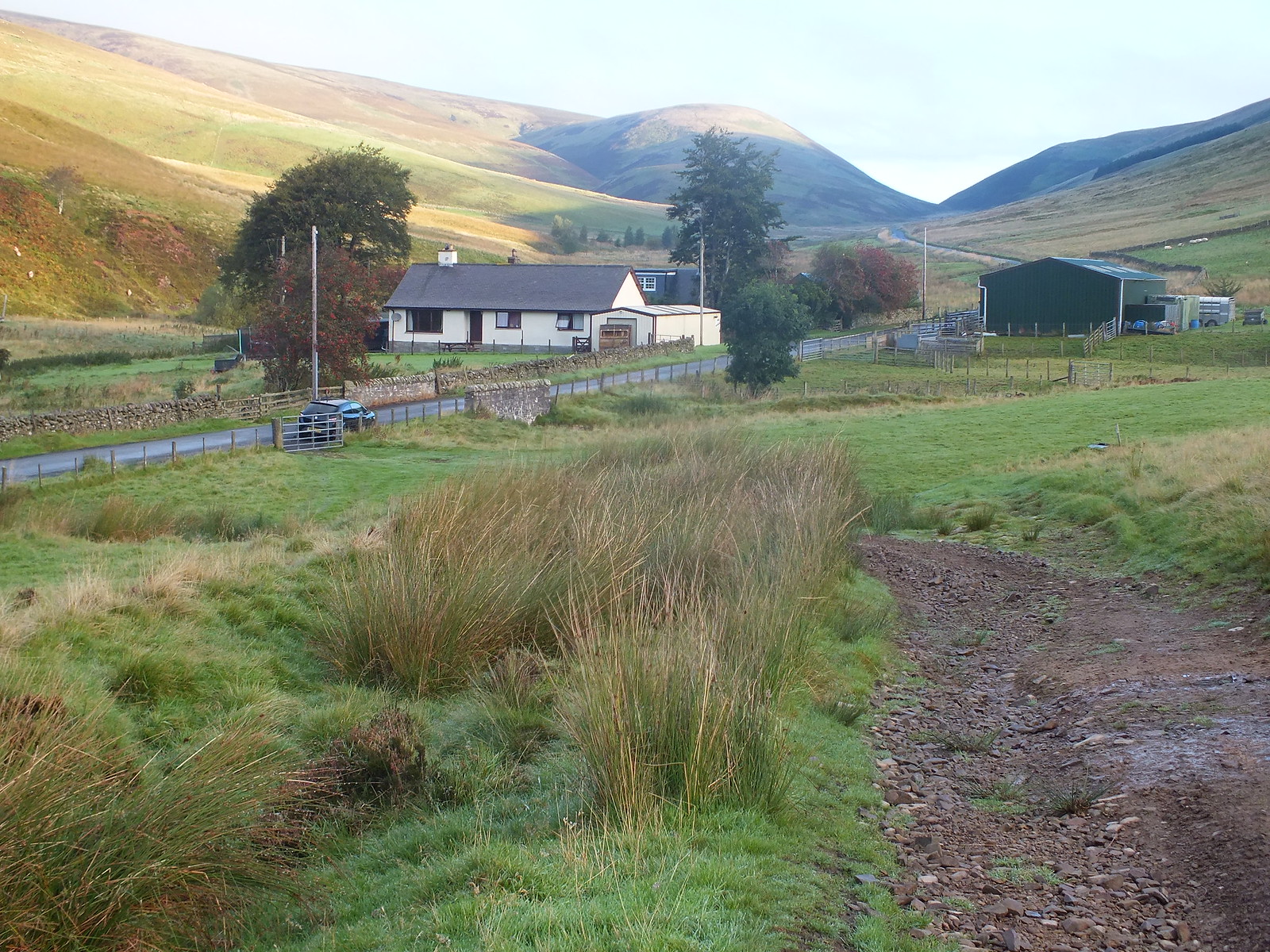 Looking back to the car 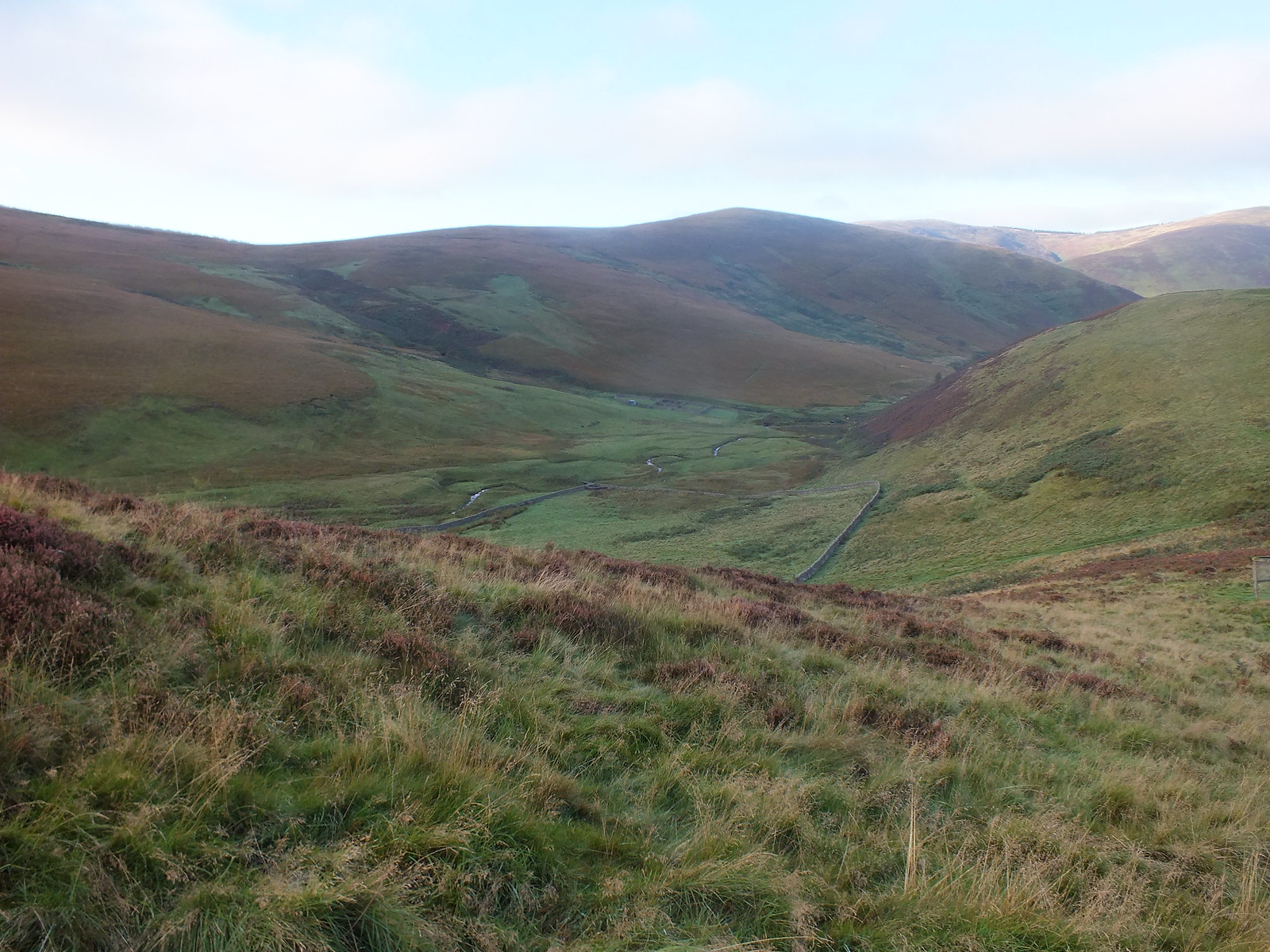 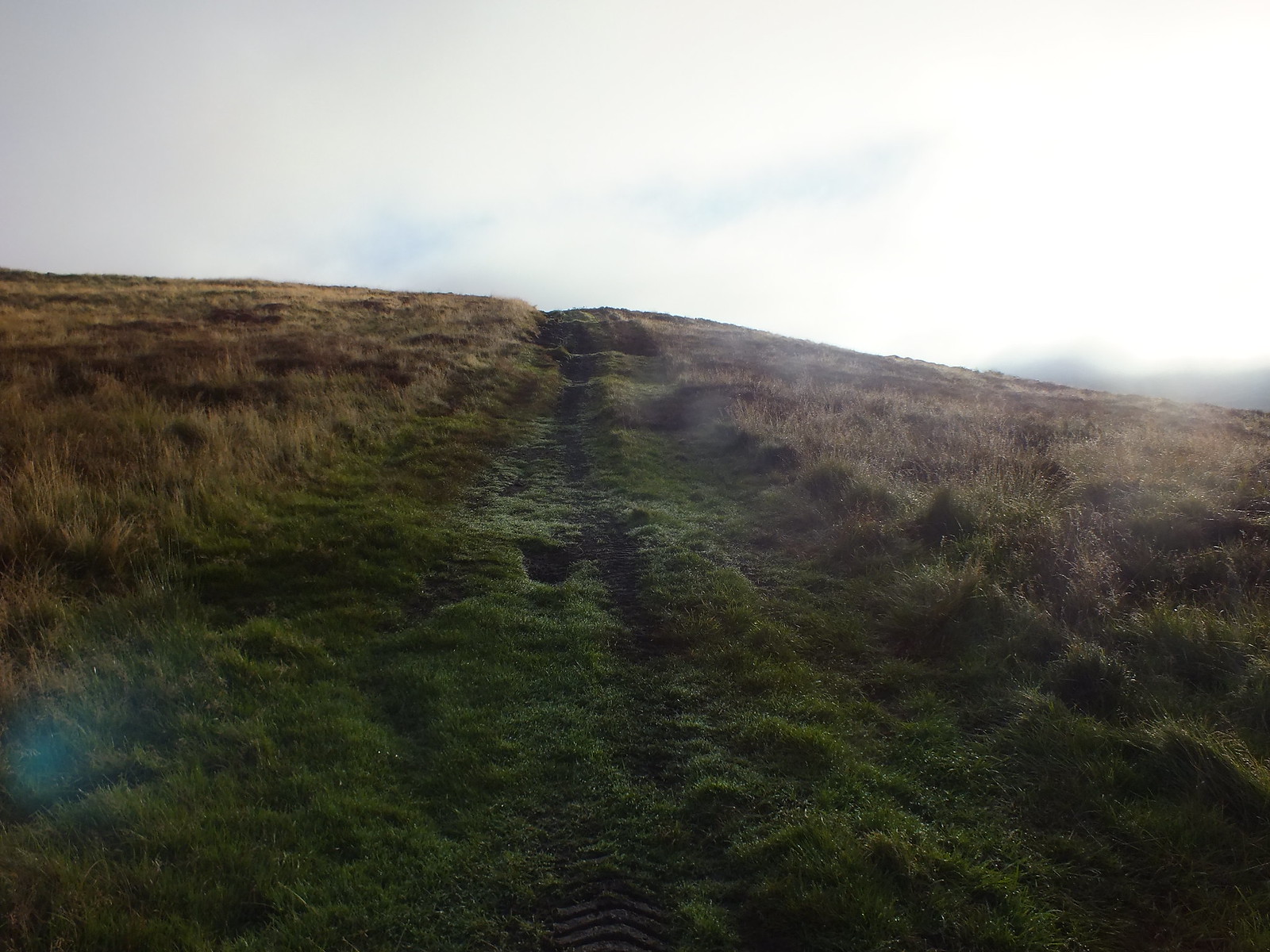 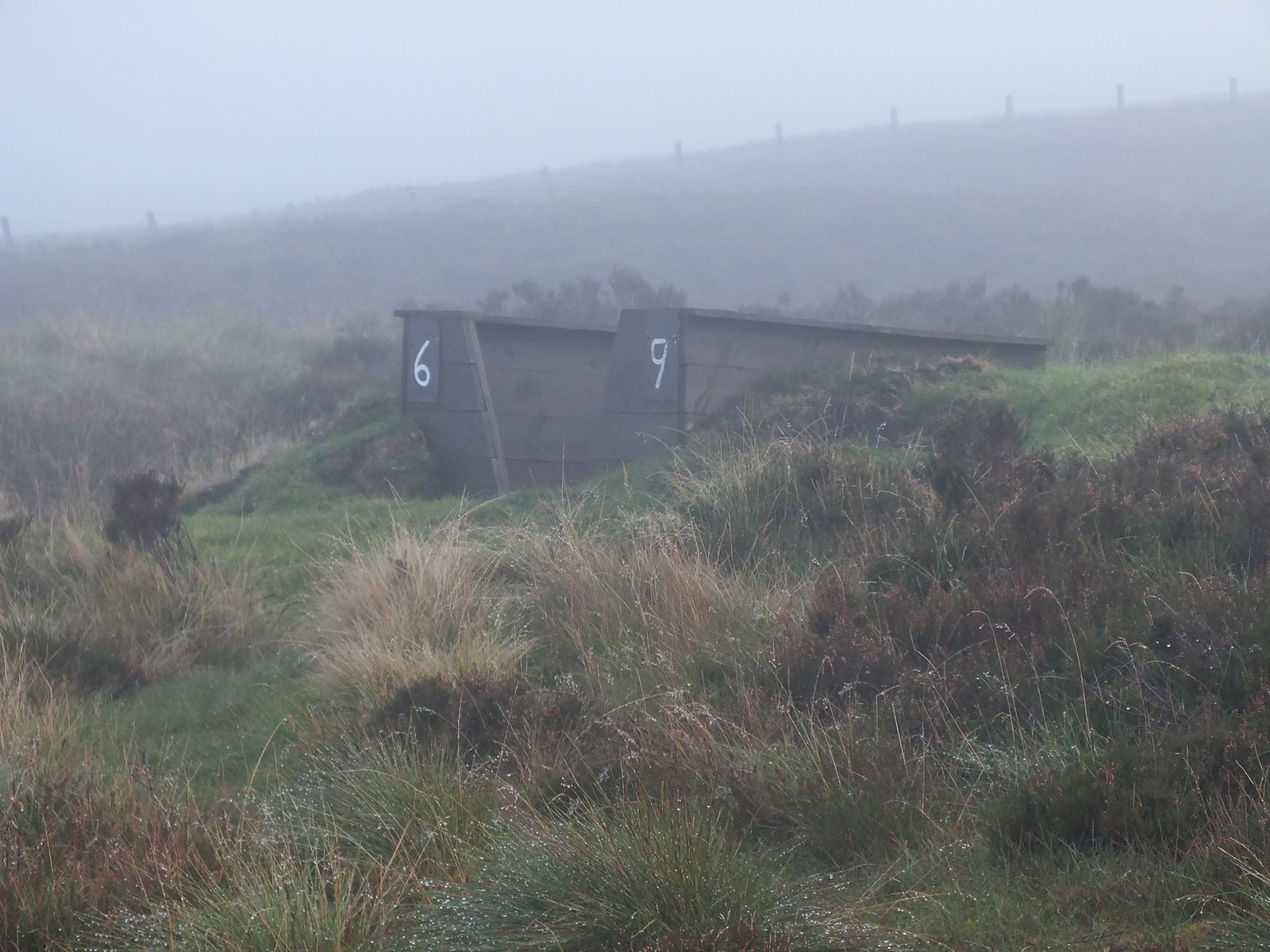 Grouse butt as I entered the low cloud 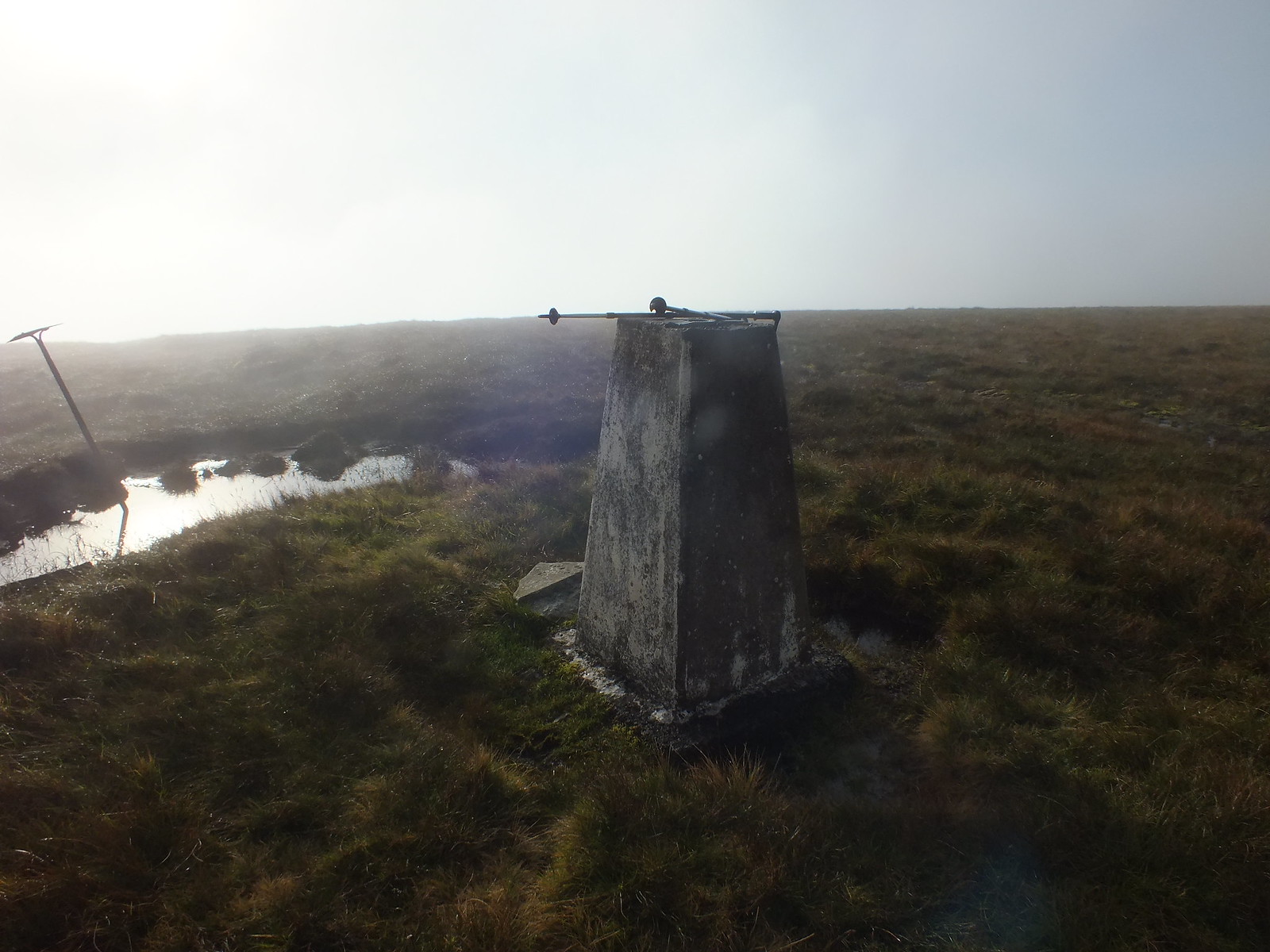 Not the most exciting summit 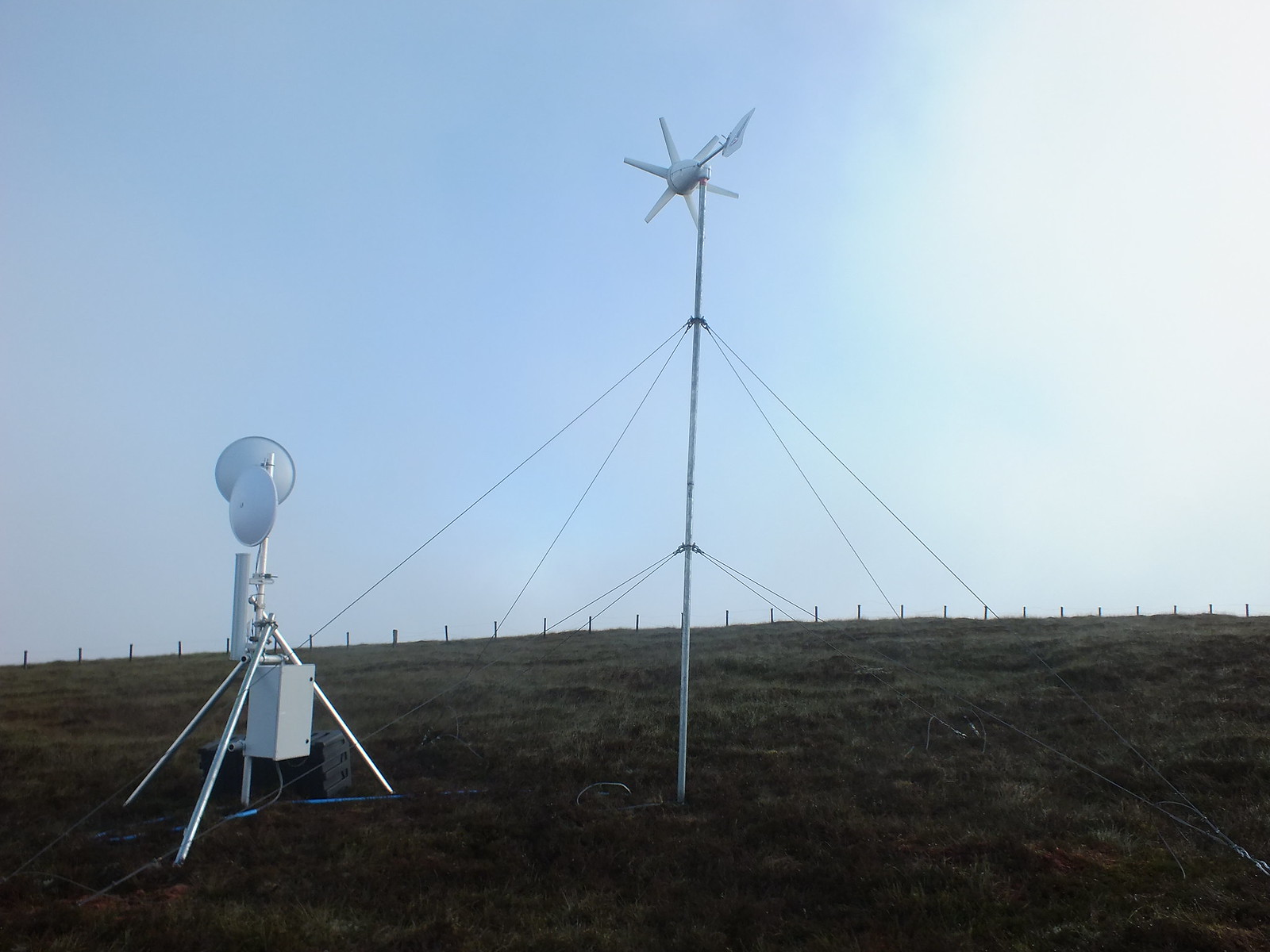 Some sort of wind monitoring contraption and Sky TV of course 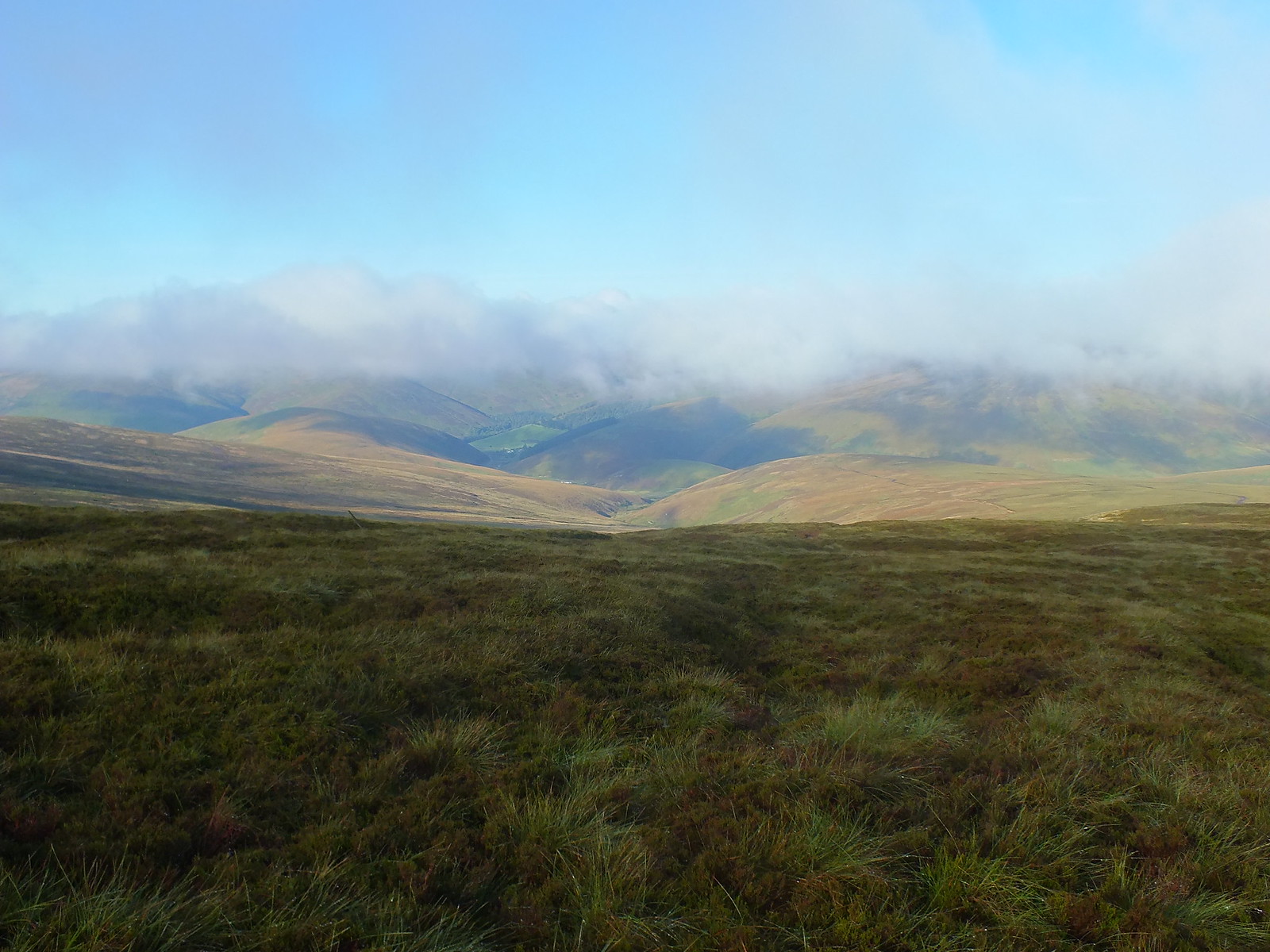 Looking south and the sun is burning up the cloud 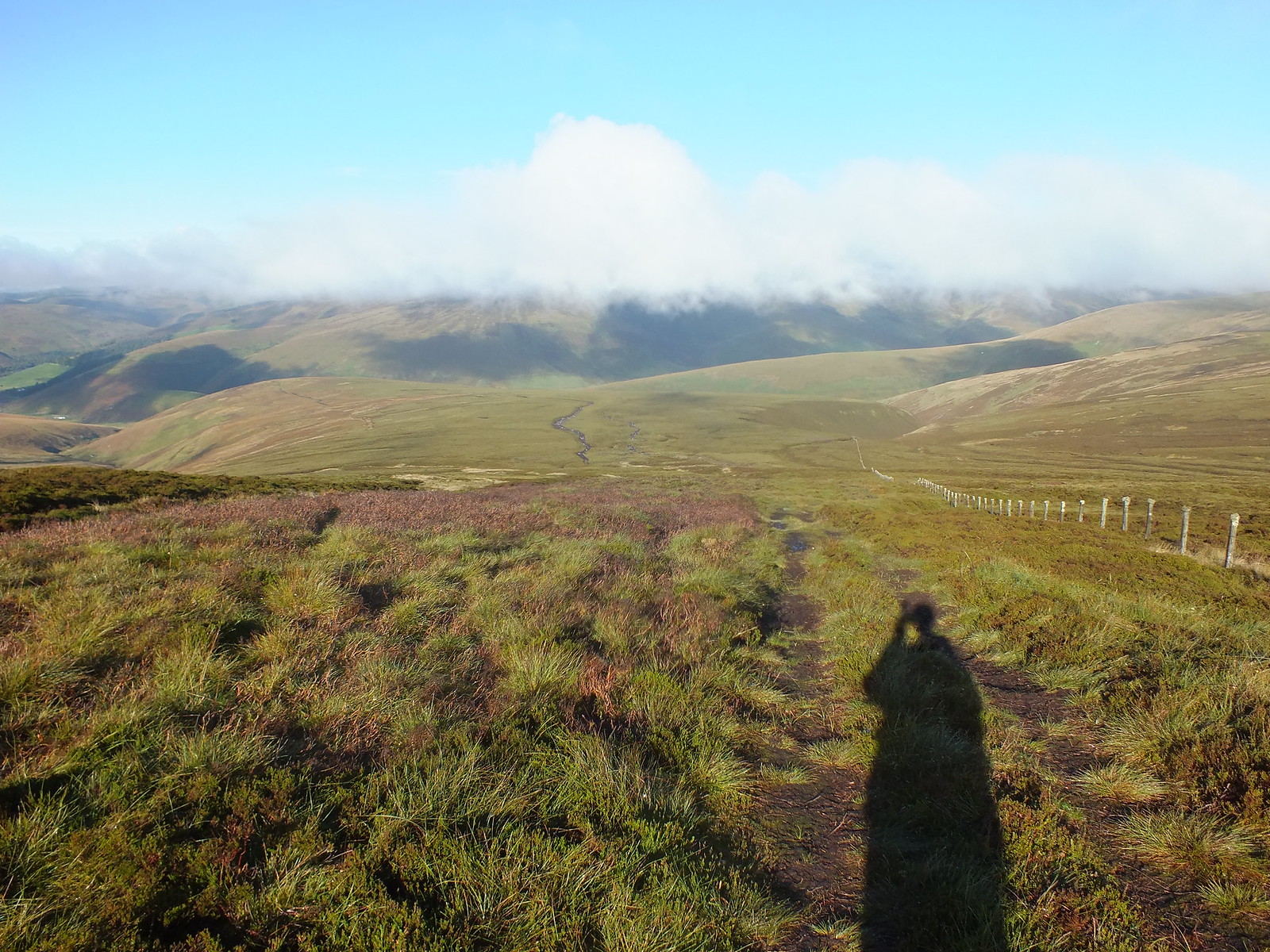 Heading down, the path can be seen in the distance looking rather wet 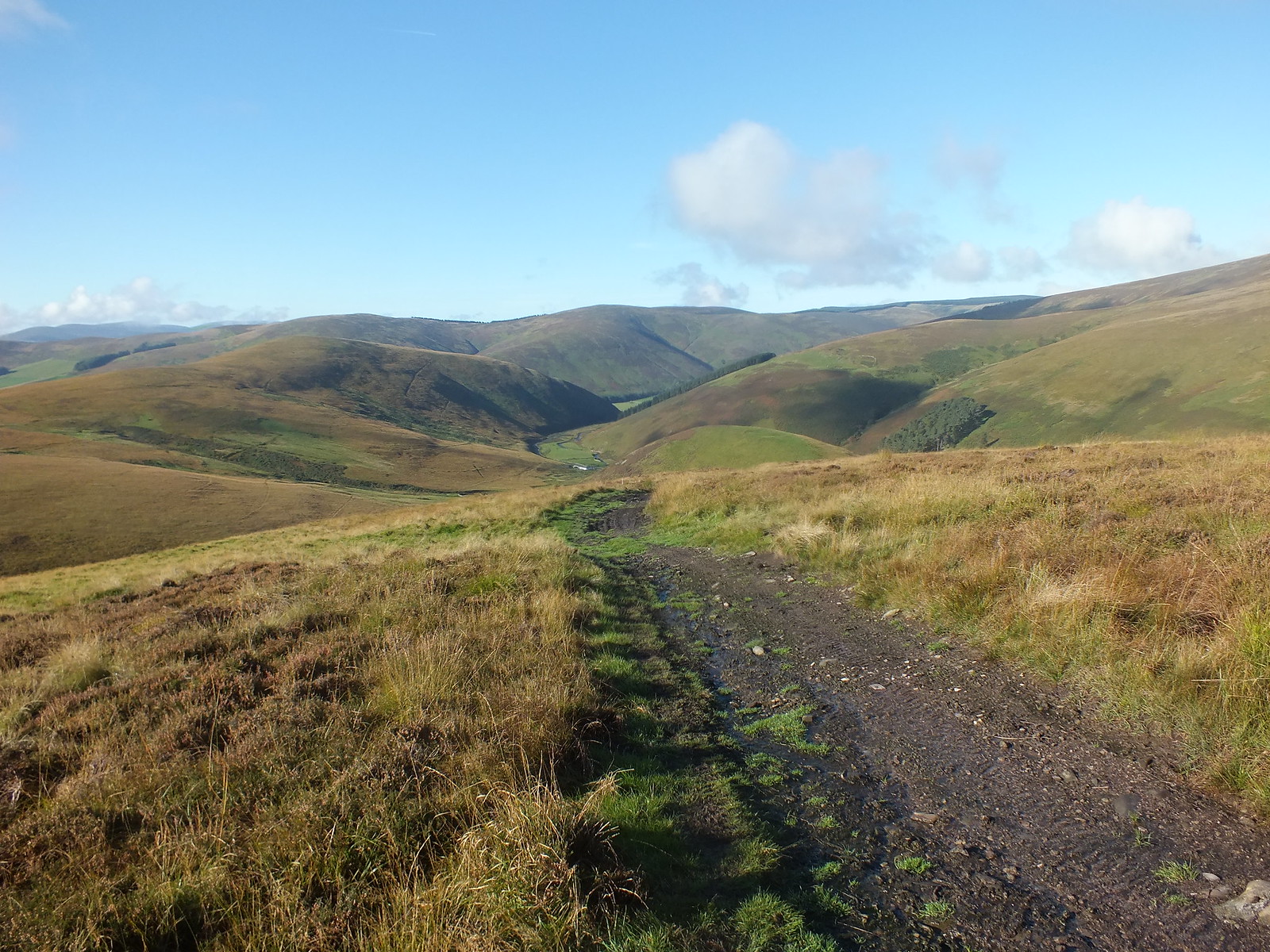 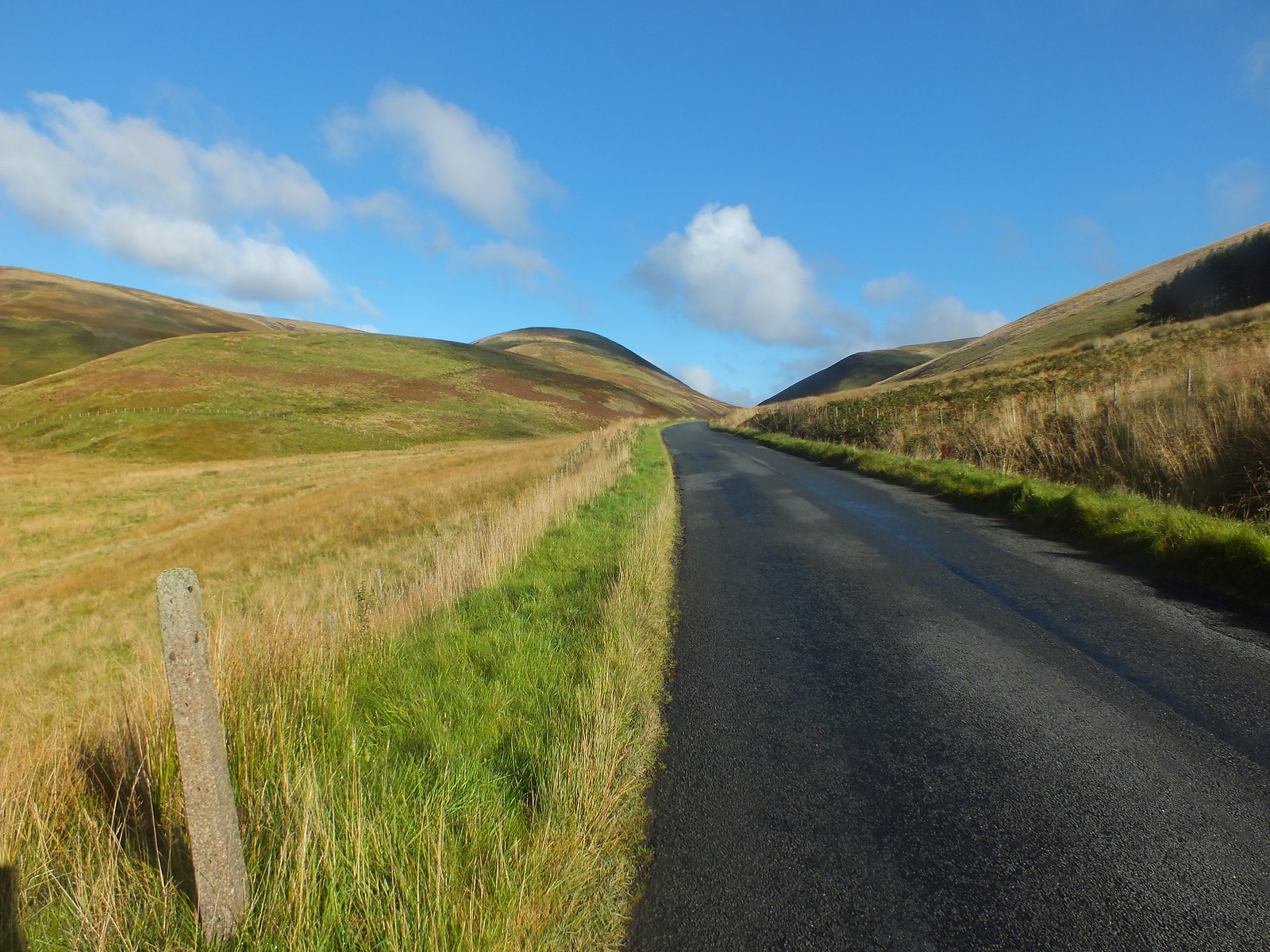 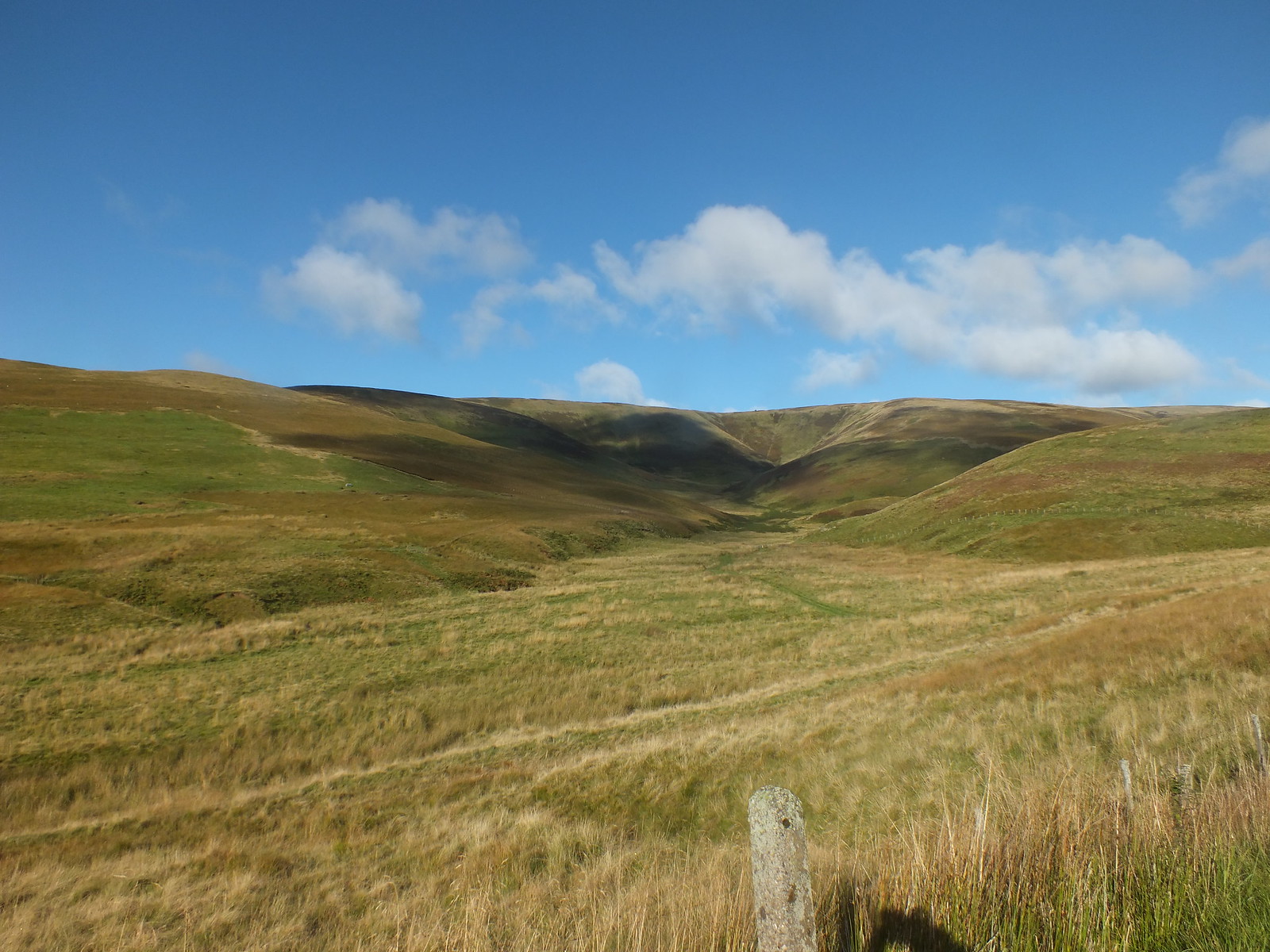 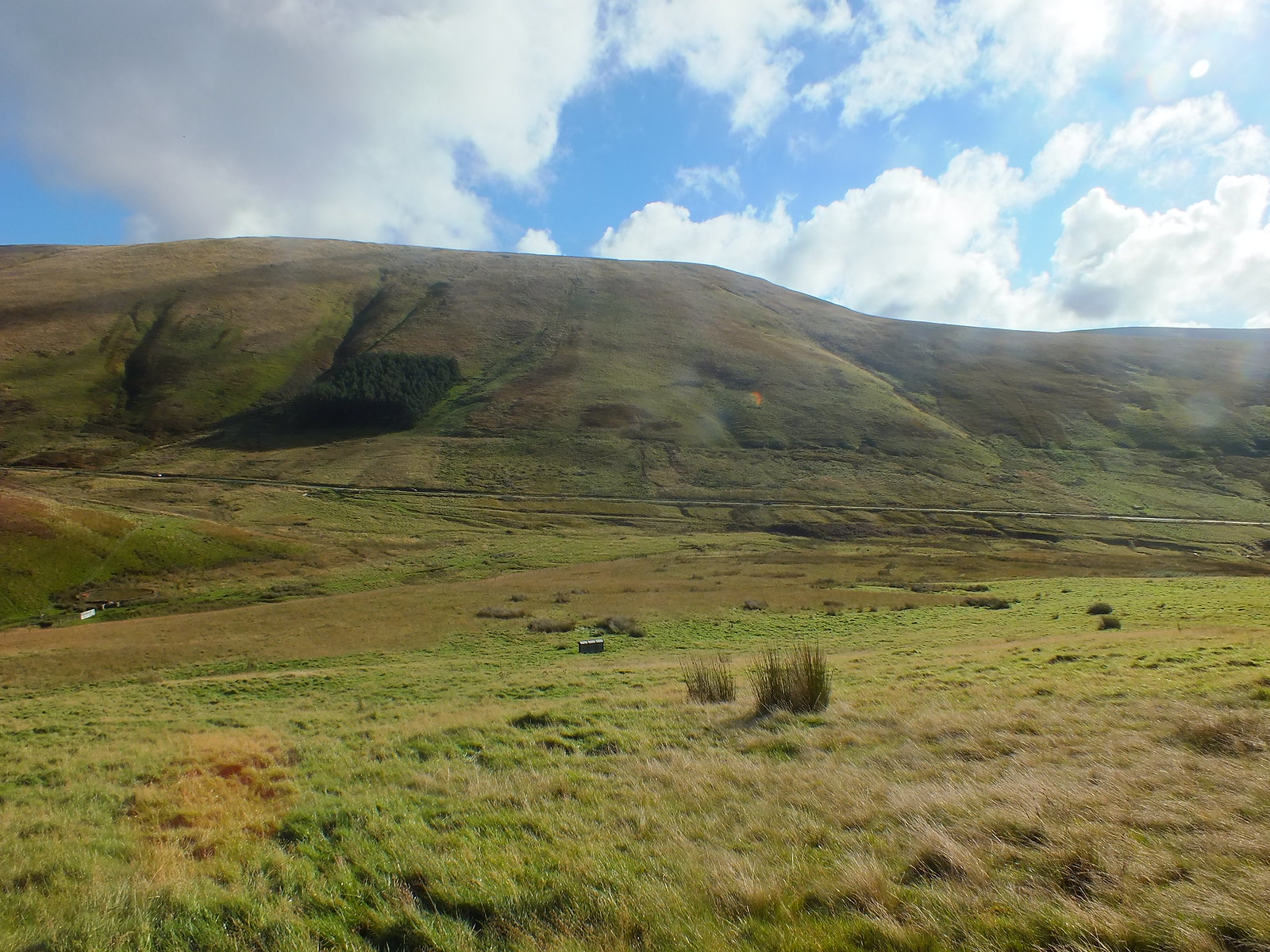 Looking back down towards the road 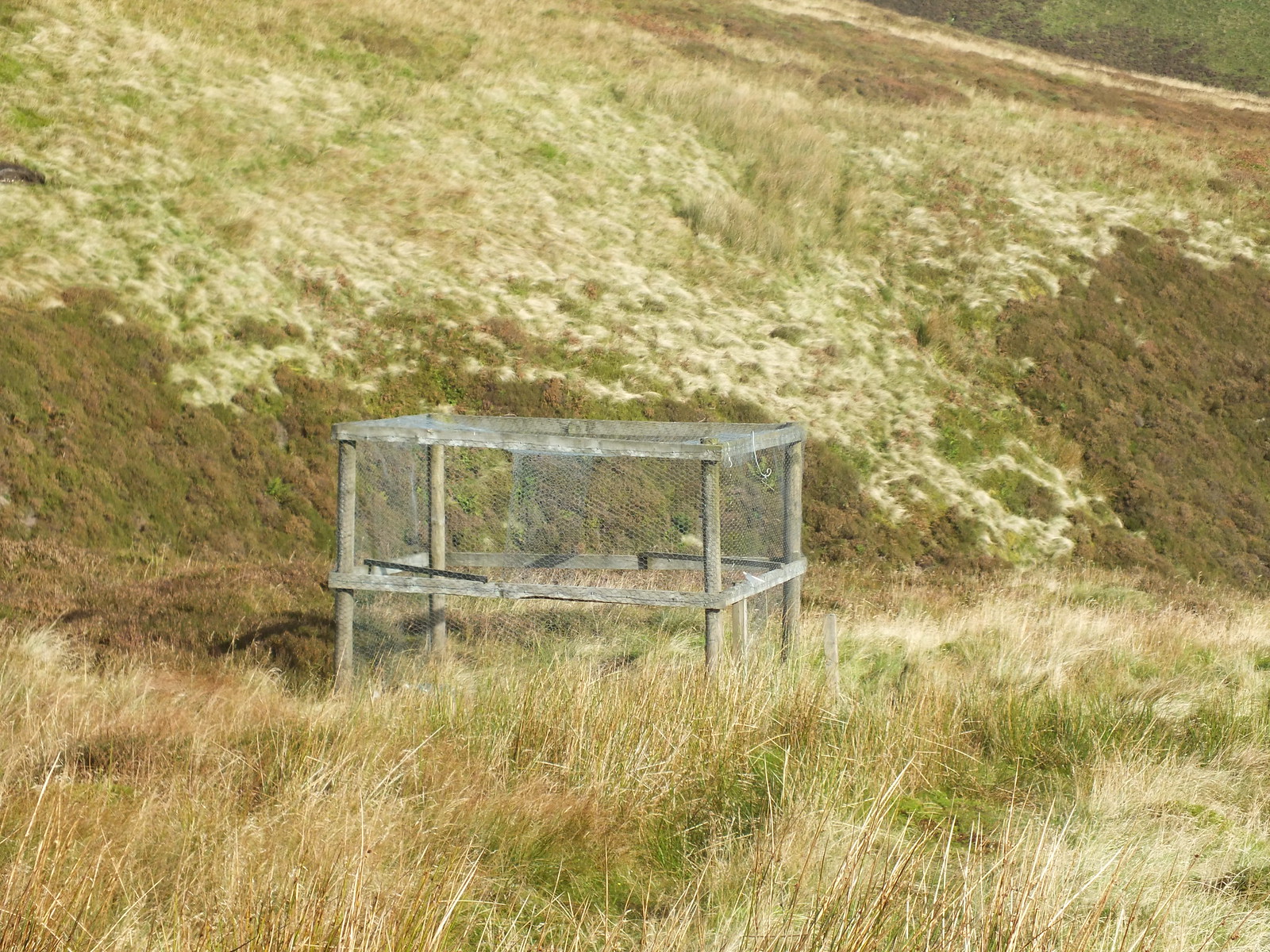 Any suggestions as to what this is used for, was in the middle of nowhere - literally

I am reliably informed this is a "crow trap" 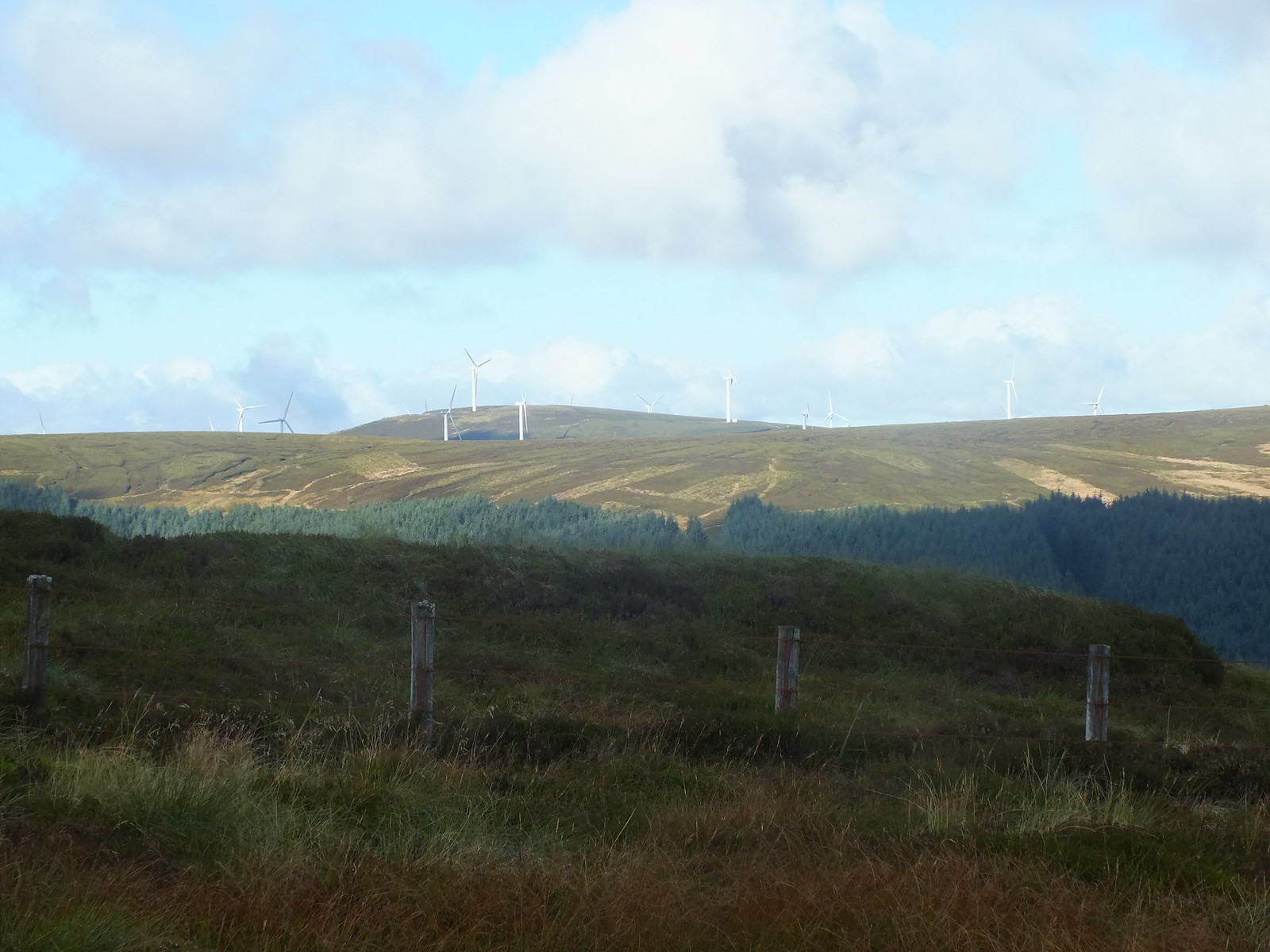 There had to be at least one wind farm, I was in the Borders after all 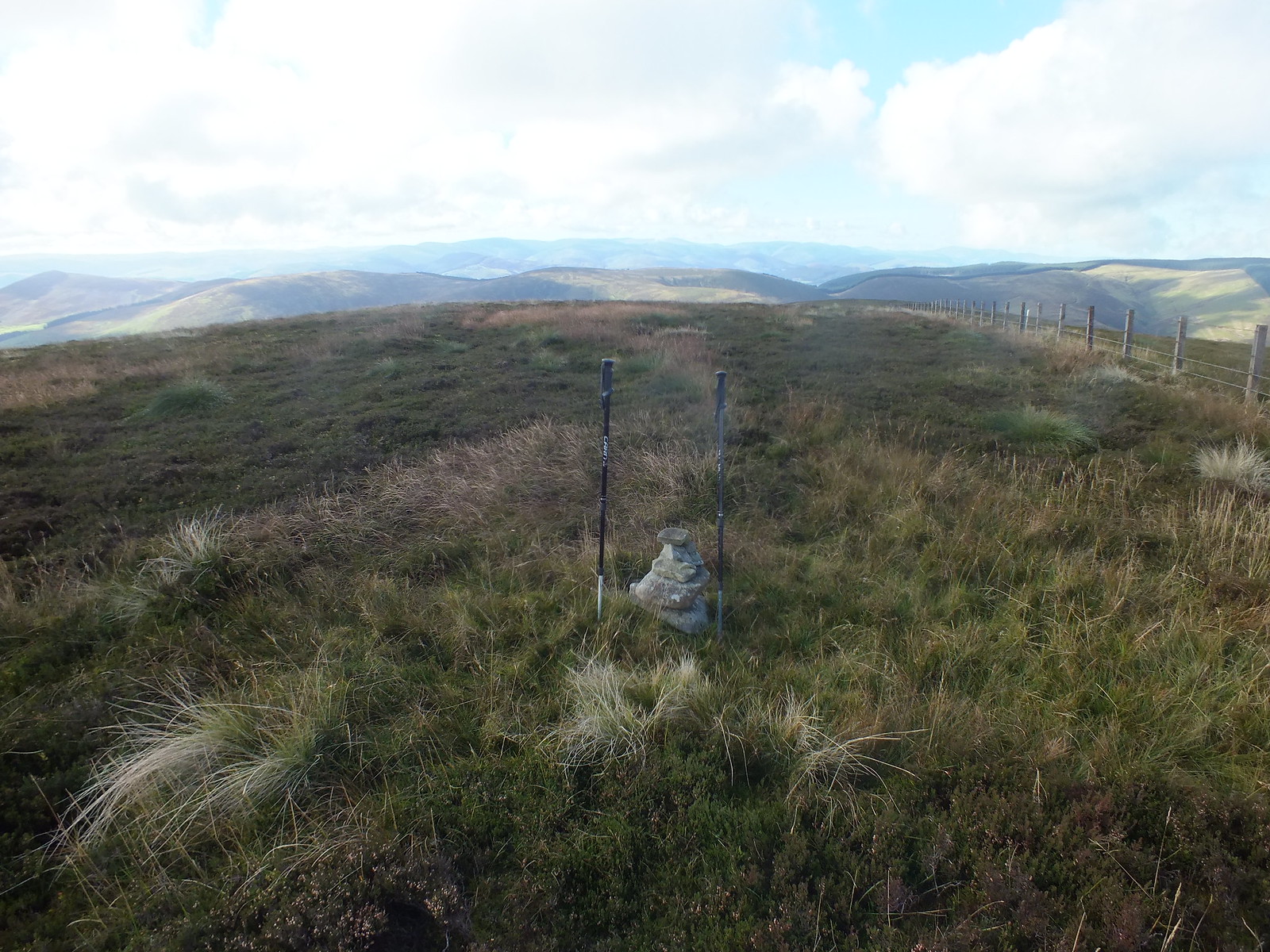 The massive summit cairn for Whitehope Law, not sure how those stones even got there unless someone came up with a spade and dug some up 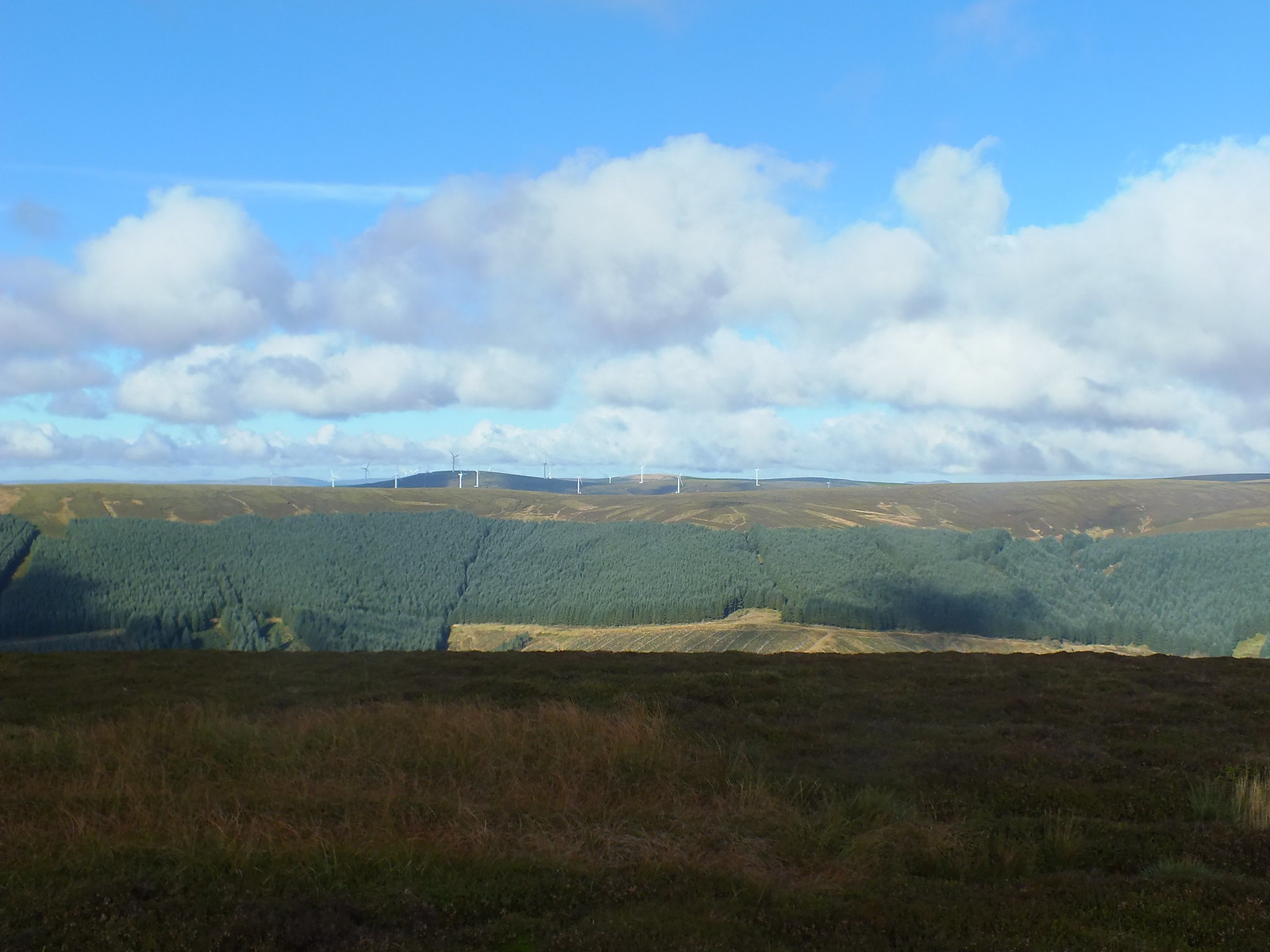 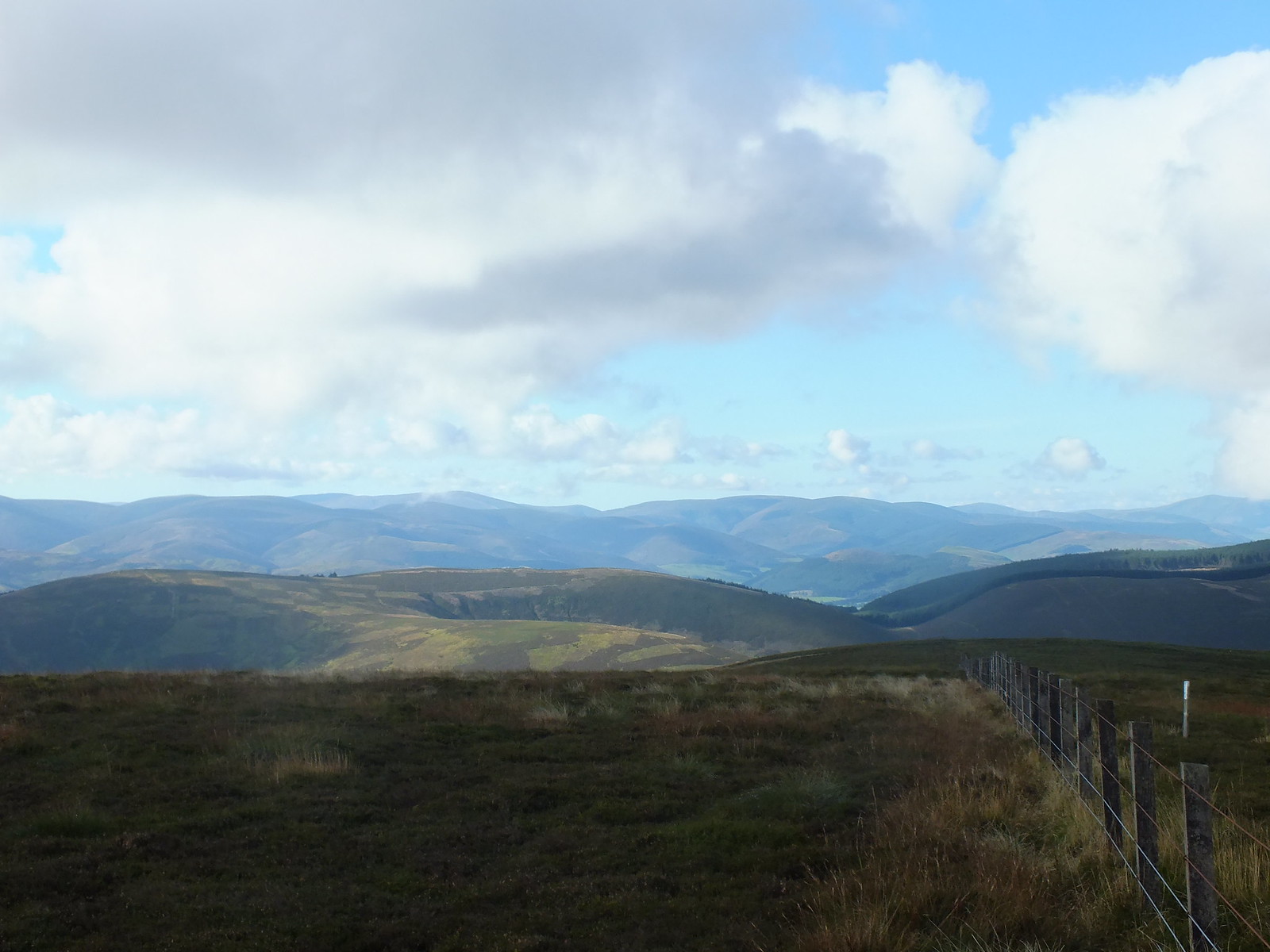 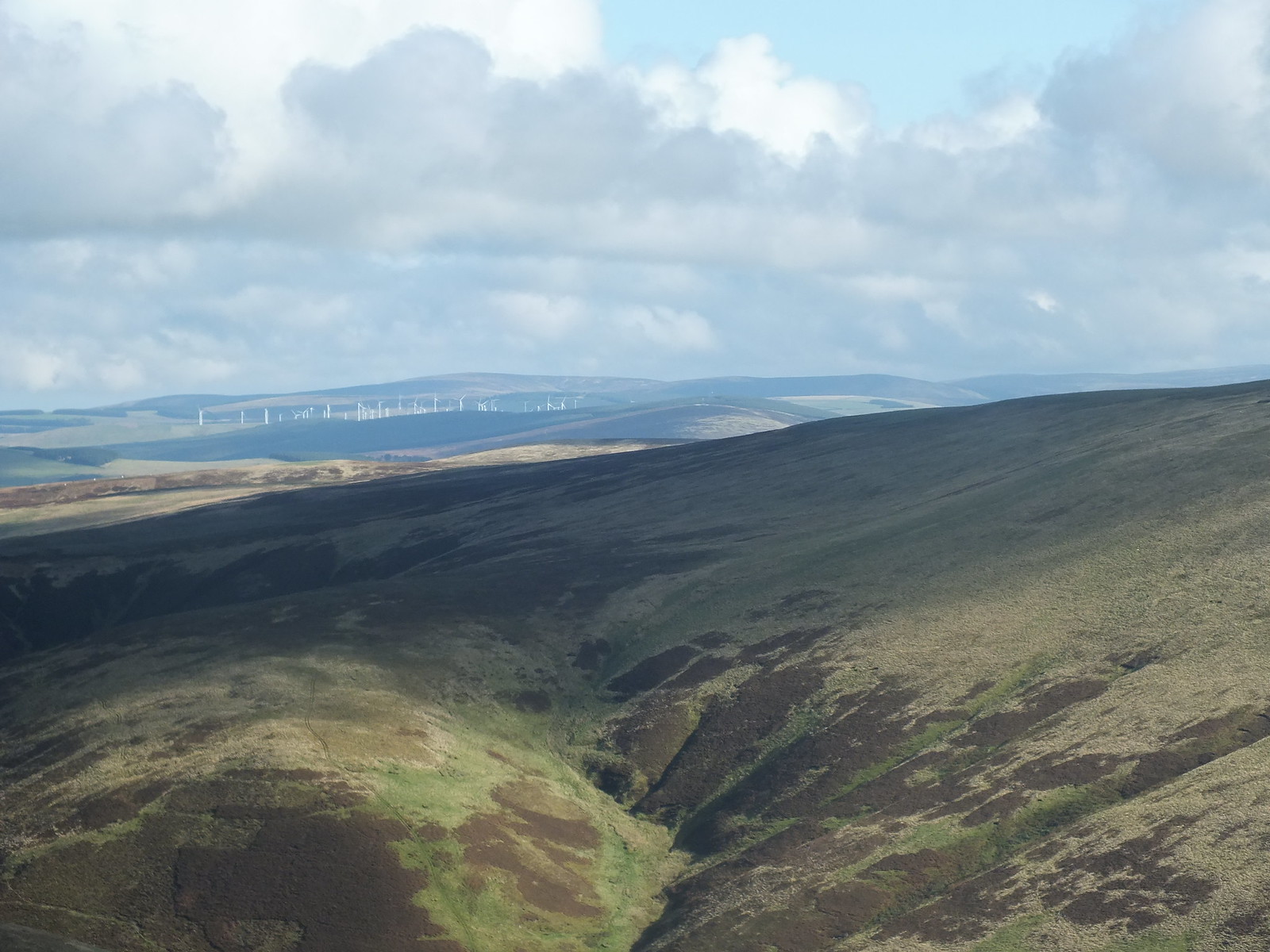 For the wind farm lovers, another one zoomed 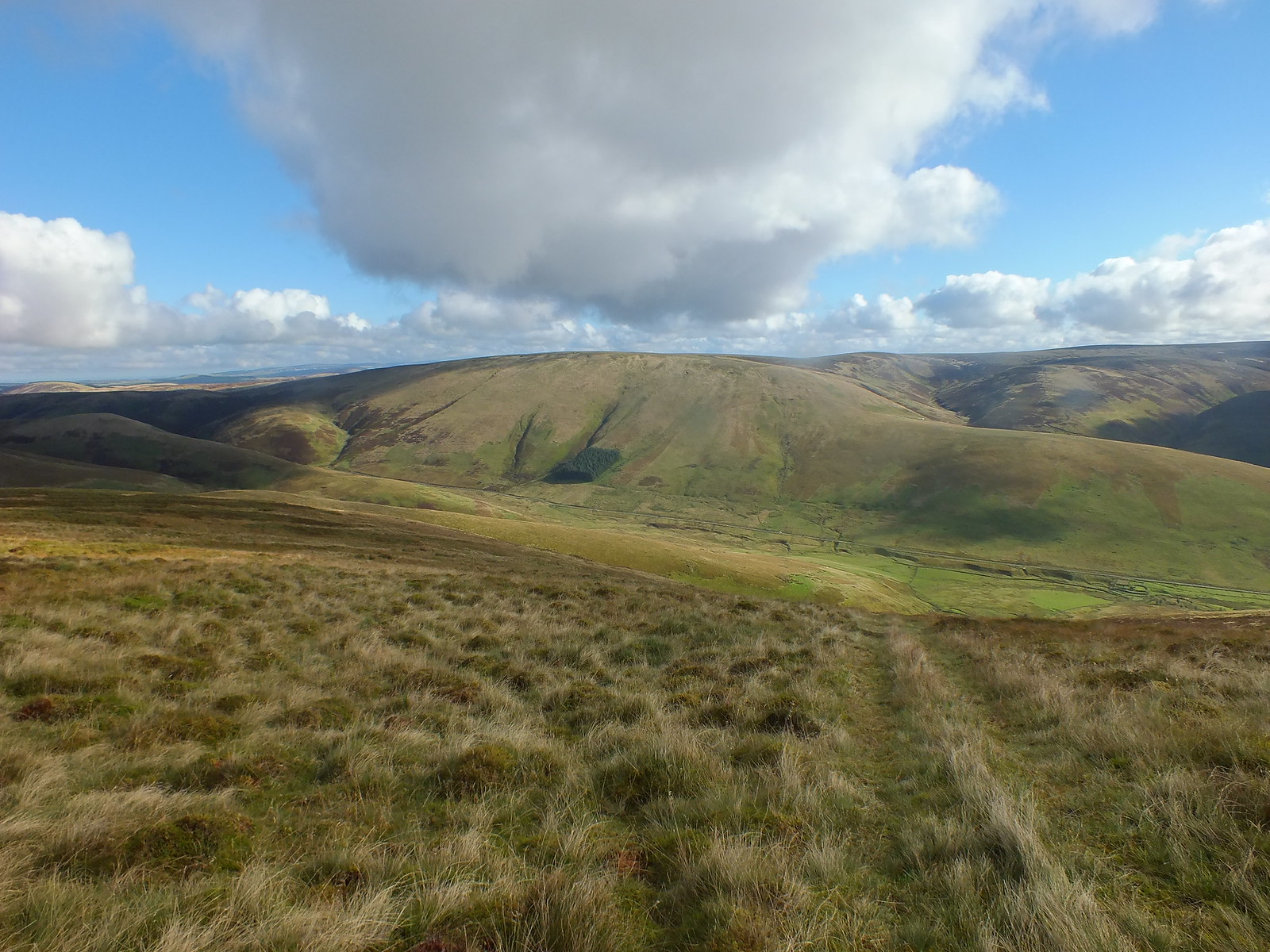 Followed this ATV track down initially, then traversed north

Not much I can say about the hills, the views were typical Borders, the routes I opted for were obviously direct - well that was the theory. Windlestraw has a track that can take you two thirds of the way to the summit, Whitehope is the opposite, if you opt for the direct route (like I did) there is no path just lovely knee deep tufty grass - great for descending and far from ideal for ascending. Both hills were less than 2 hours up and down (each) which I was pleased with. Bottom line that is another 2 Donalds in the bag. I wasn't going to post the report, but thought someone may be interested in the direct routes

Next on the horizon is another visit nearby to tackle another 4 Donalds, hopefully this week. I need to keep my fitness up, as another visit to Mull is imminent for Chris's compleation

I see you're edging further south, Martin. You'll be joining some of us in Wainwright and Hewitt country soon

simon-b wrote:I see you're edging further south, Martin. You'll be joining some of us in Wainwright and Hewitt country soon

Och I felt the same way Martin, but I'll grudgingly admit there are a few good places over said wall

Good to see you out and about

Hi Martin, good to see you out again.
That looks a good day out, another idea for us in the future.

We're close enough to join you when you're out collecting Donalds if you like, we've got this grand idea of combining Donald bagging with Wainwright bagging over autumn and winter, just got to research where's best to find weekend accommodation for the southern uplands.