Inspired by Snowdonia First Aid's walk of the month for August 2016 (find it on Facebook), I decided to use Helen's description as the basis for a solo expedition in September. (Aside: I passed my ML assessment with them in August.) I modified her route to incorporate a descent of the Long Leachas Ridge and an ascent of Lancet Edge, as described by Dan Bailey in walk 25 of his book Great Mountain Days in Scotland.

I had an early start from the Bunroy Park campsite - a short walk from the station in Roy Bridge for the 0804 train (they kindly allowed me to leave my car; I also left a description of my route, just in case). I planned to be out for 2 or perhaps 3 nights. This sign on the platform makes my bag look small. 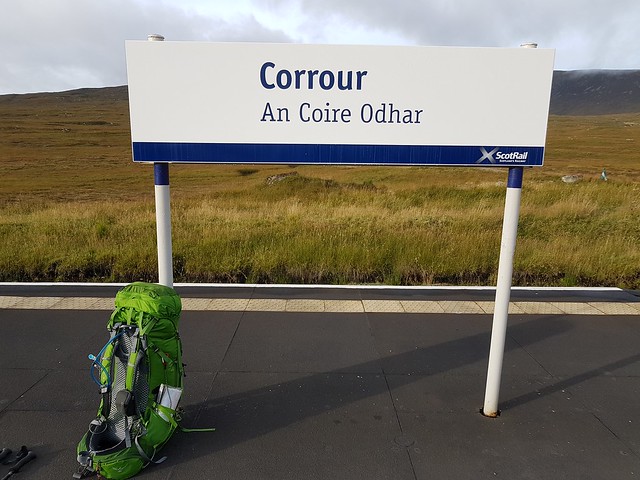 I followed Helen's route description for day 1 - along the track to the SYHA hostel and then the path (now a track, following the recent hydro works) to Peter's Rock. I then followed the sketchy path along the burn onto the shoulder of Meall na Leitire Duibhe, with plenty of pauses to look back towards the West (Stob Ban and the Grey Corries etc) before continuing to the summit of Carn Dearg. 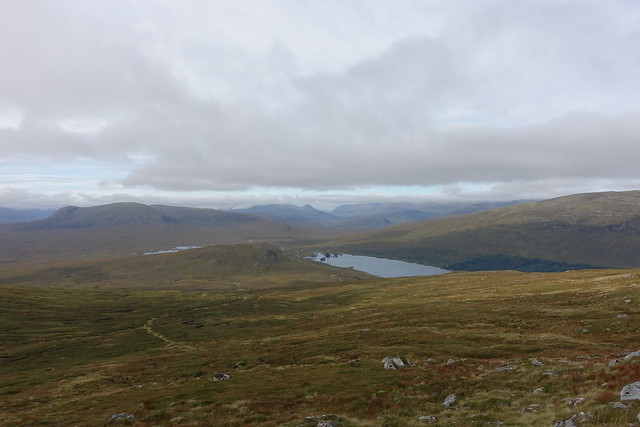 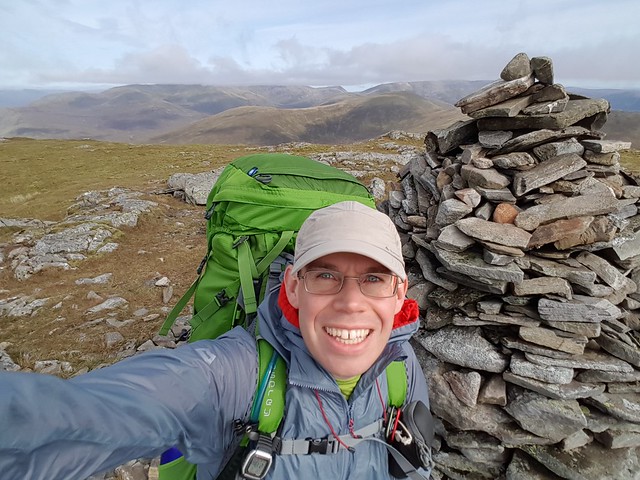 At this point the cloud was starting to lift from Ben Alder and the Geal-Charn group: 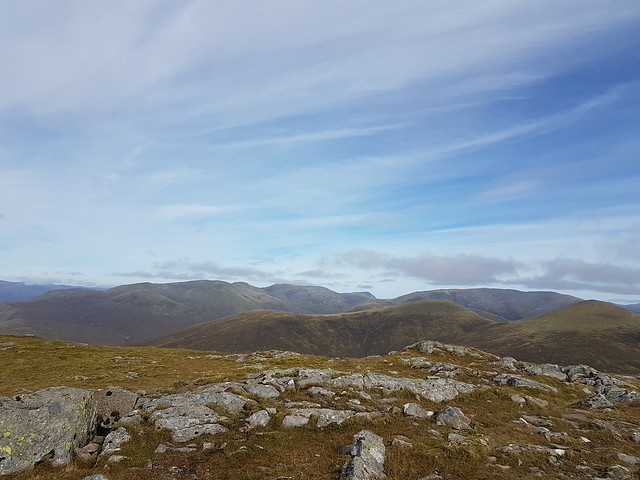 I continued along the ridge, bumping into the couple that I had met earlier in the station cafe and a few other walkers.

Looking better to the West too: 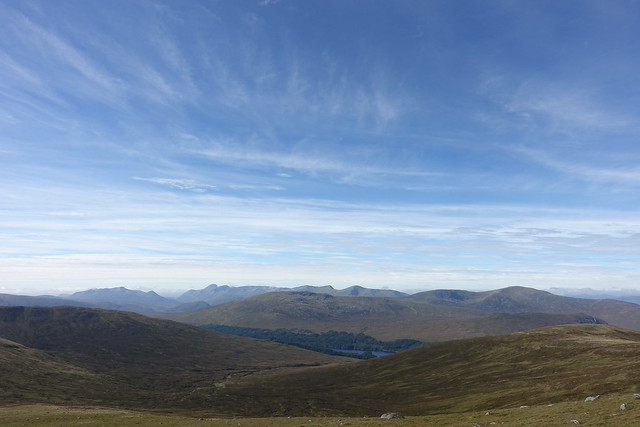 It was easy going until the descent from Beinn a'Chumhainn which was initially quite steep and then the ground became boggy and hard going. 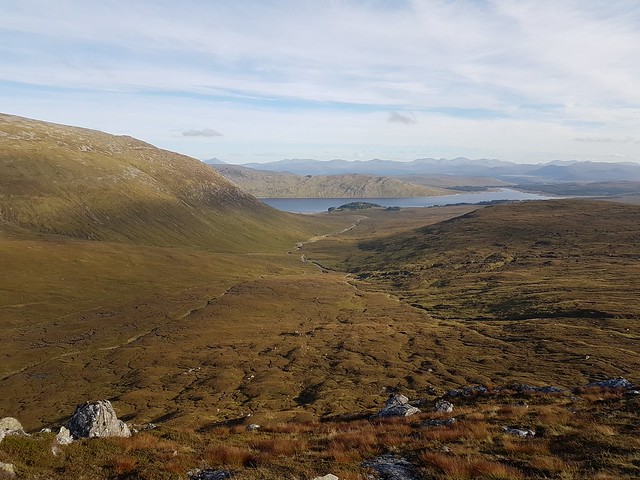 I crossed the river and joined the path to Ben Alder Cottage where I met Robin and Kevin who had arrived the previous night, a yound couple from Edinburgh and a chap from Norwich. It was my first night sleeping in a bothy and I actually slept very well. I had the dark middle room to myself. I enjoyed sitting in front of the fire with the other visitors - many thanks to Kevin and Robin for carrying in the wood!

Enjoyed that - great first report - well done. Nice of them to carry in the wood

Great first report Graham. It was good to meet ya