South to the Mull of Galloway

South to the Mull of Galloway


Some Scots head south for their summer holidays. Well, so did we... to the Mull of Galloway

mull-of-galloway.gpx Open full screen  NB: Walkhighlands is not responsible for the accuracy of gpx files in users posts

After a bluebird walk around Portpatrick the previous afternoon, Monday saw us head down to the extreme south of Scotland at the Mull of Galloway. Parking near the lighthouse and looking back along the peninsula, it was amazingly even sunnier than the previous day... We left bags in the car for now and first wandered out to the tip of the headland, from which you can see Scotland, England, Northern Ireland and the Isle of Man. It was surprisingly confusing trying to work out which was which though! 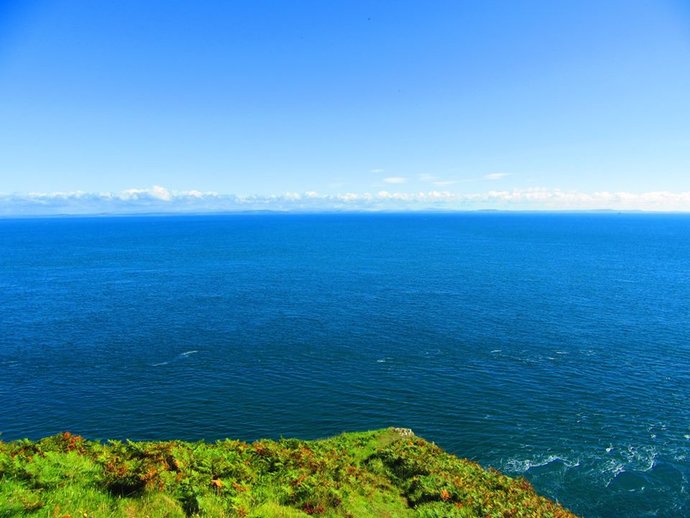 Looking back up to the lighthouse: After having a quick look in the tiny RSPB centre, we turned our attention to the lighthouse which had just opened up for the day. From the top we could see pretty much the whole of the day's walk ahead: Back to the car to pick up rucksack and refreshments, we set out on the walk proper. The first section of coast path was the most scenic part of the whole day - beautiful cliffs and shady inlets. 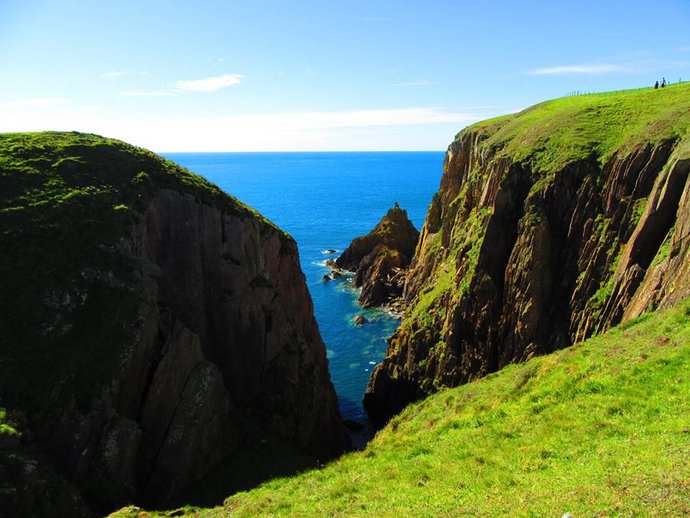 Looking back towards the lighthouse: 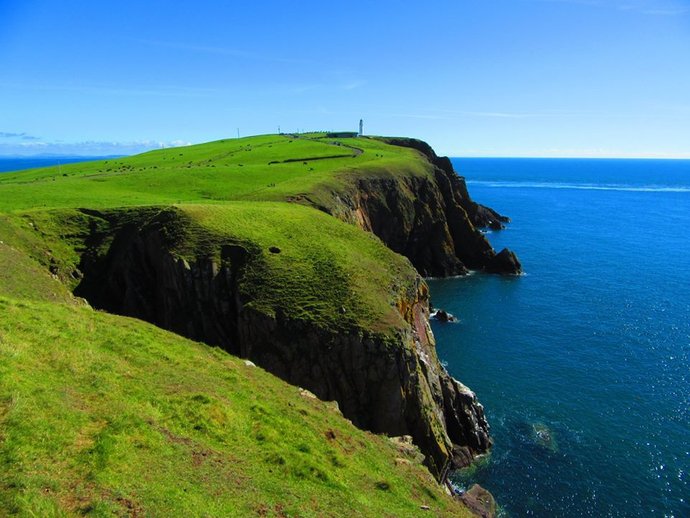 Kennedy's Cairn was being guarded by a herd of cows so we didn't visit it. Beyond, the cliffs relented a bit. Soon we were at the narrow neck of land between West Tarbet and East Tarbet bays. West Tarbet Bay was covered in litter - a real shame. The path meets the road here and also overlaps with the return route. We were already over a quarter of the way along the route. "Ah, this is easy!" I thought, only to be met immediately by a deteriorating path covered in nettles, hemmed in by thick gorse on the left and a barbed wire fence on the right. We got round the worst of it by scaling the fence (then climbing back a short distance further on), but this section is probably better earlier in the summer (or in winter). The descent into Mull Glen was a bit tricky too - a very steep and sandy path with gorse bushes waiting in case you slipped. Beyond was another attractive section of coastline - a wooden handrail had been added to the ascent out of the glen which seemed like overkill given the state of the path elsewhere. Posts marked a turn inward at the next glen, which was full of very smelly, old and rotting cowpats (though no cows). The path then curved left to rejoin the coast a little further along. An unremarkable section followed, following field boundaries; my partner ended up walking it three times as he had to go back after dropping his sunhat. Soon though we left the southwest coast for good, heading directly north across a field and then along a track towards East Cairngaan. This bird watched us intently from a fencepost: 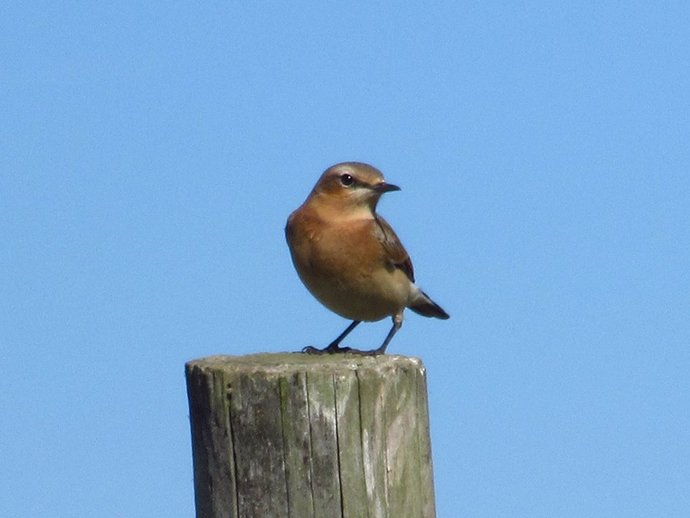 I was half-expecting the next section to be overgrown again, but the first few hundred metres east from East Cairngaan was on a wide path with perfectly mown grass - almost like walking on a golf course. The route became a little more overgrown when the good path turned off to the north, but we reached the road to the Mull at Barracks Bridge with no difficulties. Beyond, an interesting track wound down the side of Kirk Burn to the northeast coast at Portankill. Portankill is a lovely little bay, though surprisingly we had to share it with a couple of other walkers. 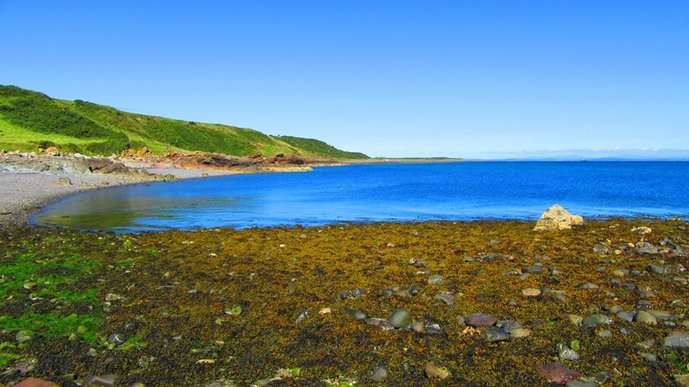 After a fruitless examination of a few rockpools, we carried on south along the coast. Views towards the lighthouse improved again as we gradually ascended. East Tarbert bay was tidier than West Tarbert bay although the grass behind the beach was still covered in rubbish. Trying to ignore this, we turned our attention to the sand instead - much better. A steep path climbed up a gully towards the road on the south side of the bay. From the top I think you can continue along a faint coast path, but we took the direct route. A few cows were the final barrier to progress, but easily avoided. We were quite impressed with the headland overall, although the section of the walk furthest from the lighthouse doesn't quite maintain the standard set by the rest of the route. Probably best to visit away from late summer when the vegetation is a little lower.