Revisiting this outpost of the Welsh 'mountains' on just the right day – a sunny day in the heather season brings the best out of Great Rhos and its equally broad neighbour lumps, and it's one place you can be just about guaranteed quietness even on a bank holiday.

radnor.gpx Open full screen  NB: Walkhighlands is not responsible for the accuracy of gpx files in users posts
I was heading to the summits – but you could make a decent, perhaps better, high-level walk out of a circuit of Harley Dingle just following the main tracks. Whimble is the one definitely to include though – the only proper shapely peak around here and the only real breath-shortening climb on a day of easy gradients. Bache Hill after that is more typical: flat-topped, heathery and out of the way. There's a surfeit of trig-points around here and they're needed for anyone trying to identify the highest spots later on – Bache Hill's is clear though, sitting on an artificial tumulus that must cast a little doubt on its right to be called '2000ft'? The views everywhere are really good either way – long green flatlands stretching into the distance over the nearby, dramatically steep-sided, valleys; the Beacons forming the southern skyline. 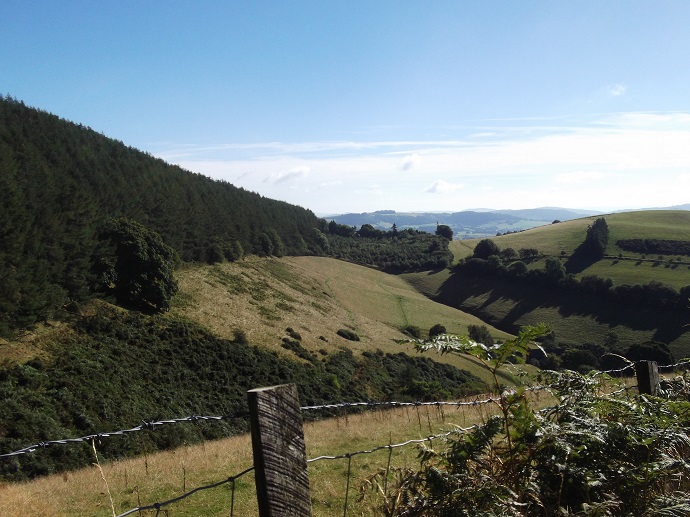 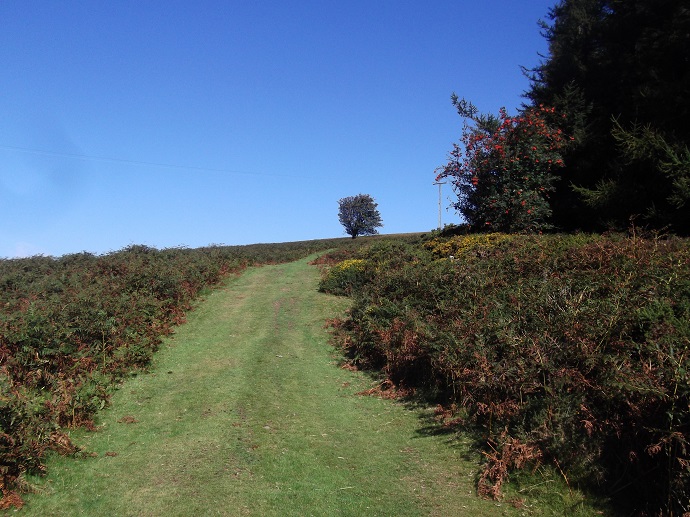 Despite the indications of the map, the main track goes right over the top of Black Mixen and even through some pretty grim bogs on the far side it would be hard to lose, even if there wasn't a great eyesore mast stuck on the top of the most 'spoiled' Hewitt summit. It's wilder and better once you're past there and crossing the head of the valley though, much of the former conifer plantation seemingly being returned to nature and better for it. Other than the short detour to the top of Great Rhos, it's foolhardy (experience taught me last time...) to leave the vehicle track that skirts the west of the valley and attempt any 'bee-lines' – this is real badlands heather, waist-high and hiding deep and marshy pools. The firing-range warning signs around here are a bit confusing – it seems clear that this route doesn't enter the danger area, but the way the signs are set wouldn't necessarily have you believe that on the ground. I was a bit sceptical about the red flags flying anyway – there was certainly no activity below and I did wonder whether anyone would really bother climbing all the way up here just to put the flags up and down every time… Shepherd's Well at the head of Harley Dingle 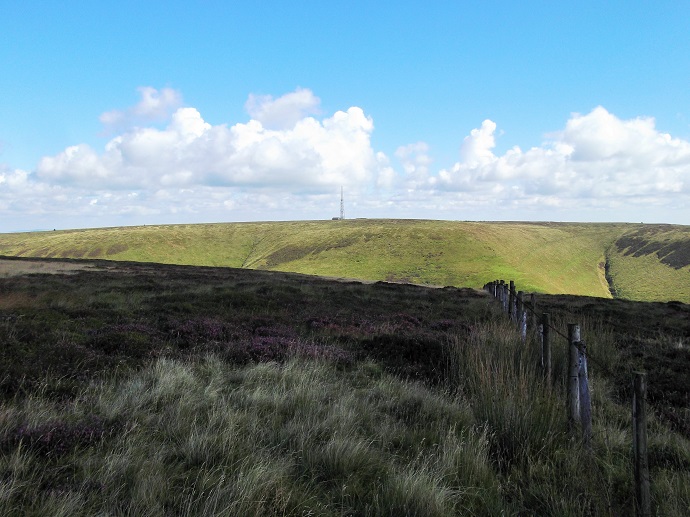 The most beautiful part of the walk is the final descent on a fine green path to Harley Dingle below, quiet countryside and great views back up to the head of the valley. Old quarry beside the descent path 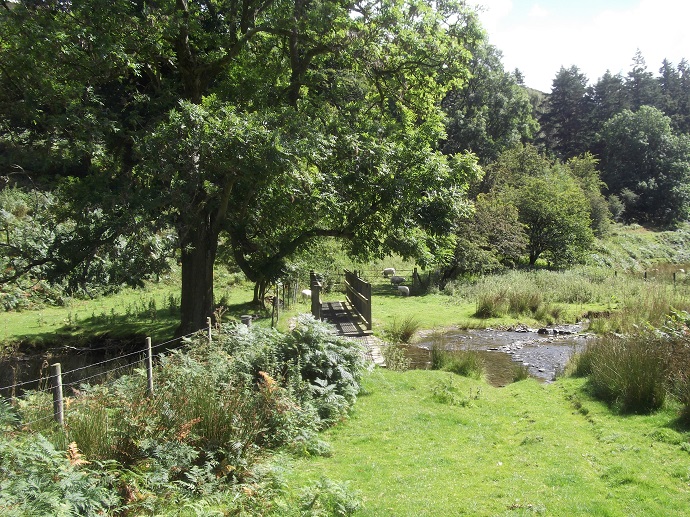 Quite unlike much else in England and Wales (the Long Mynd in Shropshire is perhaps the nearest cousin), but an enjoyable easy day in the high hills when the thought of rock is a bit much.

You certainly picked the day for this one P, beautiful views throughout but some of them are breathtaking, nice to hear they are not too much of a grunt either.....my kind of hike

I think you're right about those warning flags....who's gonna run up and down there putting them up and down

That brings back a few memories! I did these in similar conditions some years ago, and agree with all your comments.

Whimble is prominent in the view from my Mum's house in the Clent Hills in Worcestershire, particularly at sunset, so it was particularly satisfying to stand on top of it.