Adventuring with the All Female Swedish Mountaineering Club

Adventuring with the All Female Swedish Mountaineering Club


Adventuring with the All Female Swedish Mountaineering Club

There is a lot that no one tells you when you set your mind on bagging all the Munros - maybe there is a reason for this? One guarantee is that if you end up walking with the same people it doesn't take a long time for the long running jokes to form, unfortunately not many are safe for the wider Walkhighlands population

For us it's become inevitable one day our paths will cross with the All Female Swedish Mountaineering Club! Admittedly today wasn't this day... Maybe the title of this report is slightly misleading, or you could argue it is just an application for a job at the Daily R*cord

Setting an aim of completing a Walk Report for all 282 seemed like a great idea at the start, very swiftly you realise not all are "sexy" hills and unfortunately the weather doesn't always hold up so I will keep this one brief!

Firstly, it is very rare I've gone out walking for the weekend and only managed one summit but this was one of these occasions, Meall Chuaich - number 47.

The dream team - minus the AFSMC 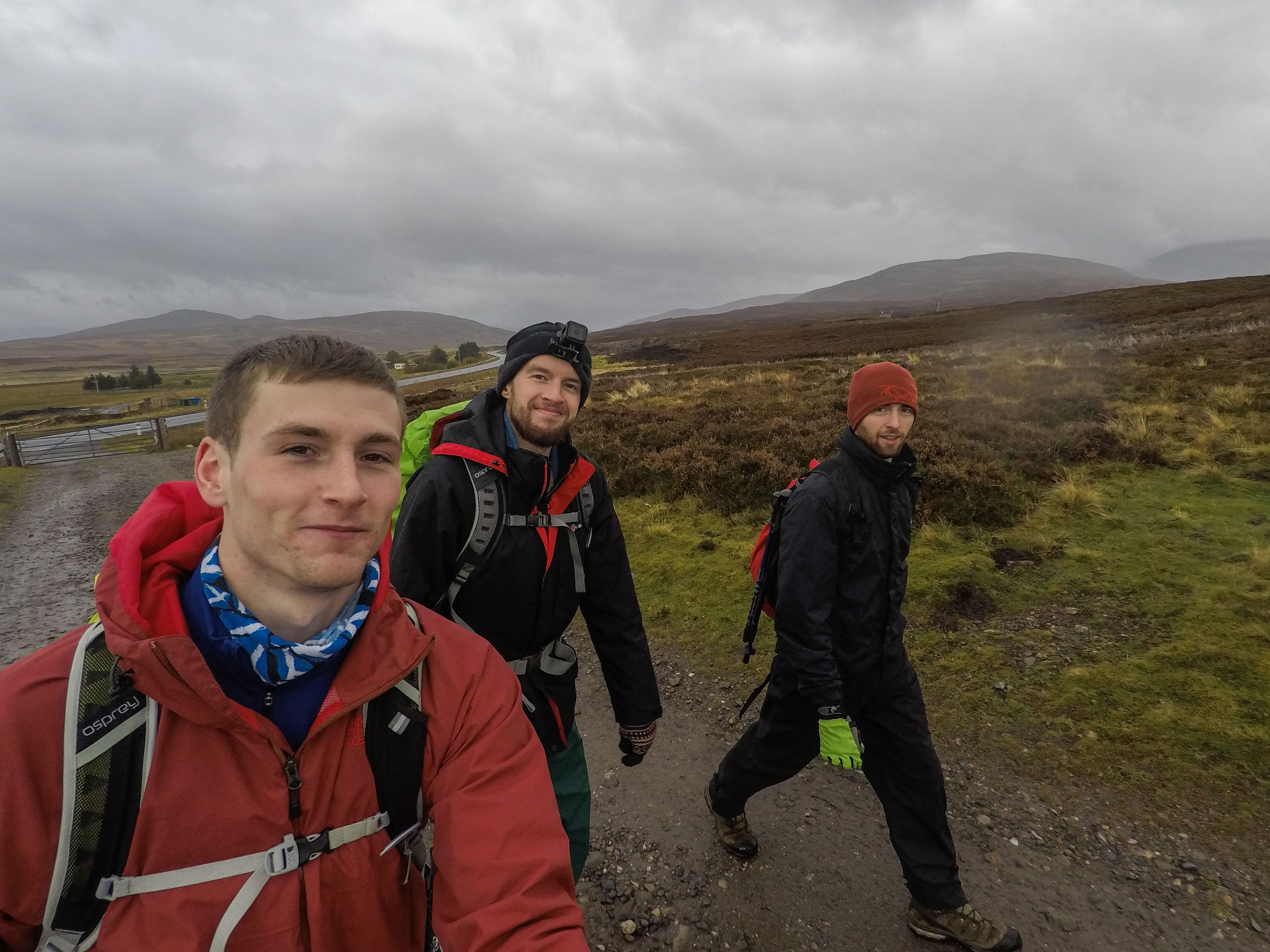 With the first snowfall on the hills and a three week adventure to Peru up next the likelihood of getting an more Munros in 2016 seems unlikely. Saying that, 47 is agonisingly close to 50 - maybe the weather Gods will give us a belter of a day this Saturday! 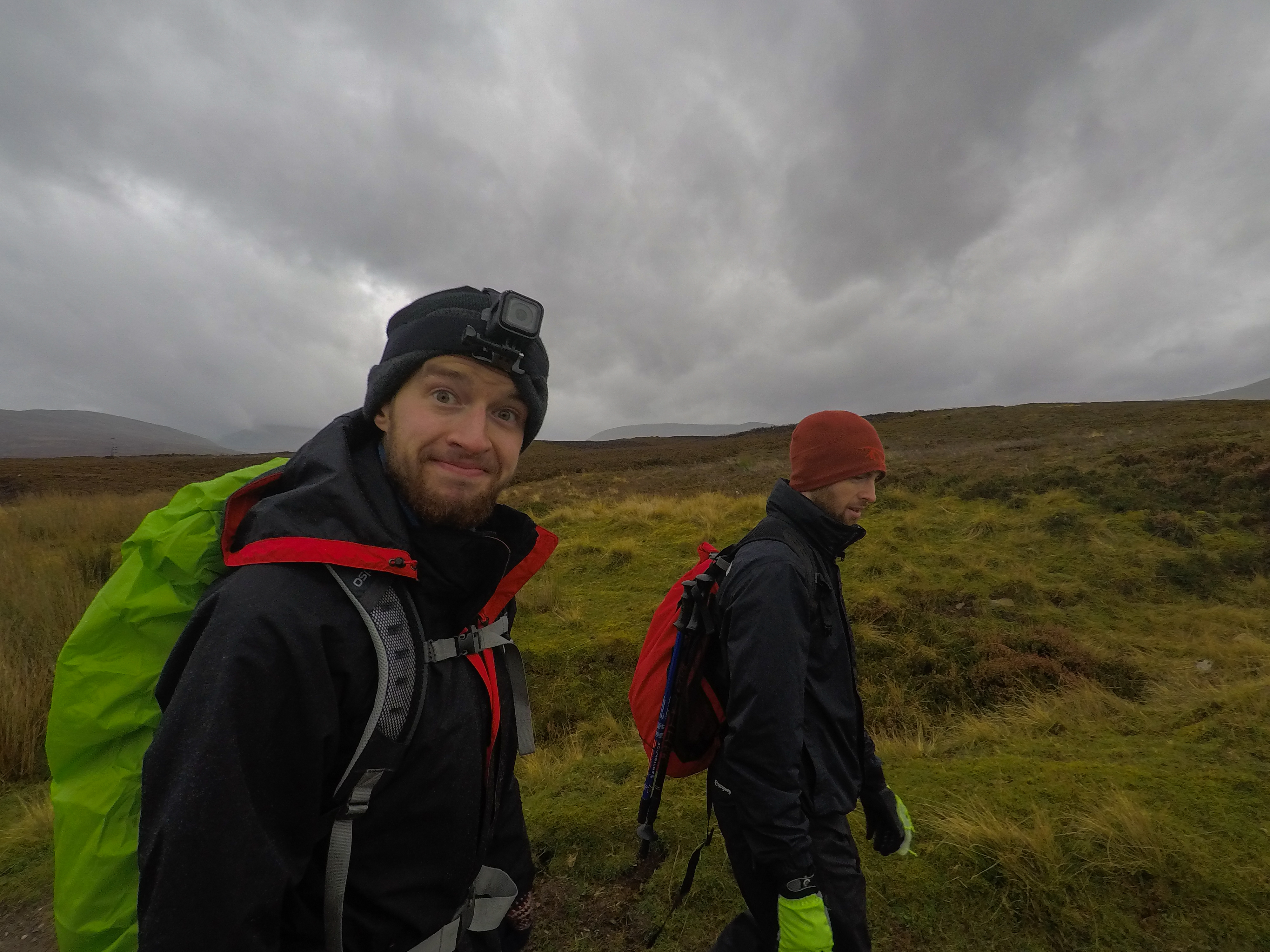 With nearly guaranteed rain I also took the GoPro, what better way to try out the waterproof capabilities than up a Scottish mountain on a wet weekend - it has survived that so it'll be a breeze in the Peruvian Rainforest 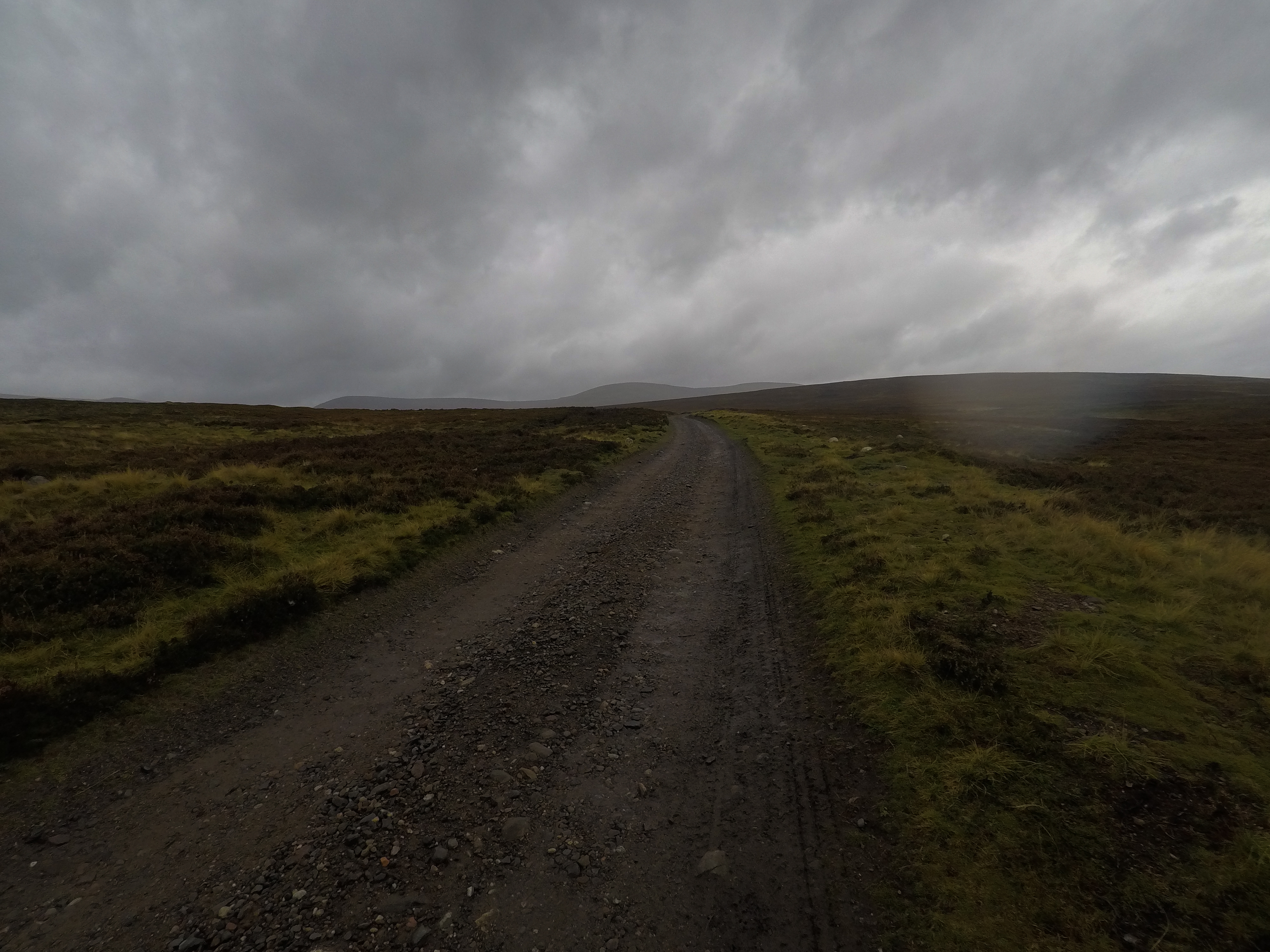 The big man having a ball in the rain! 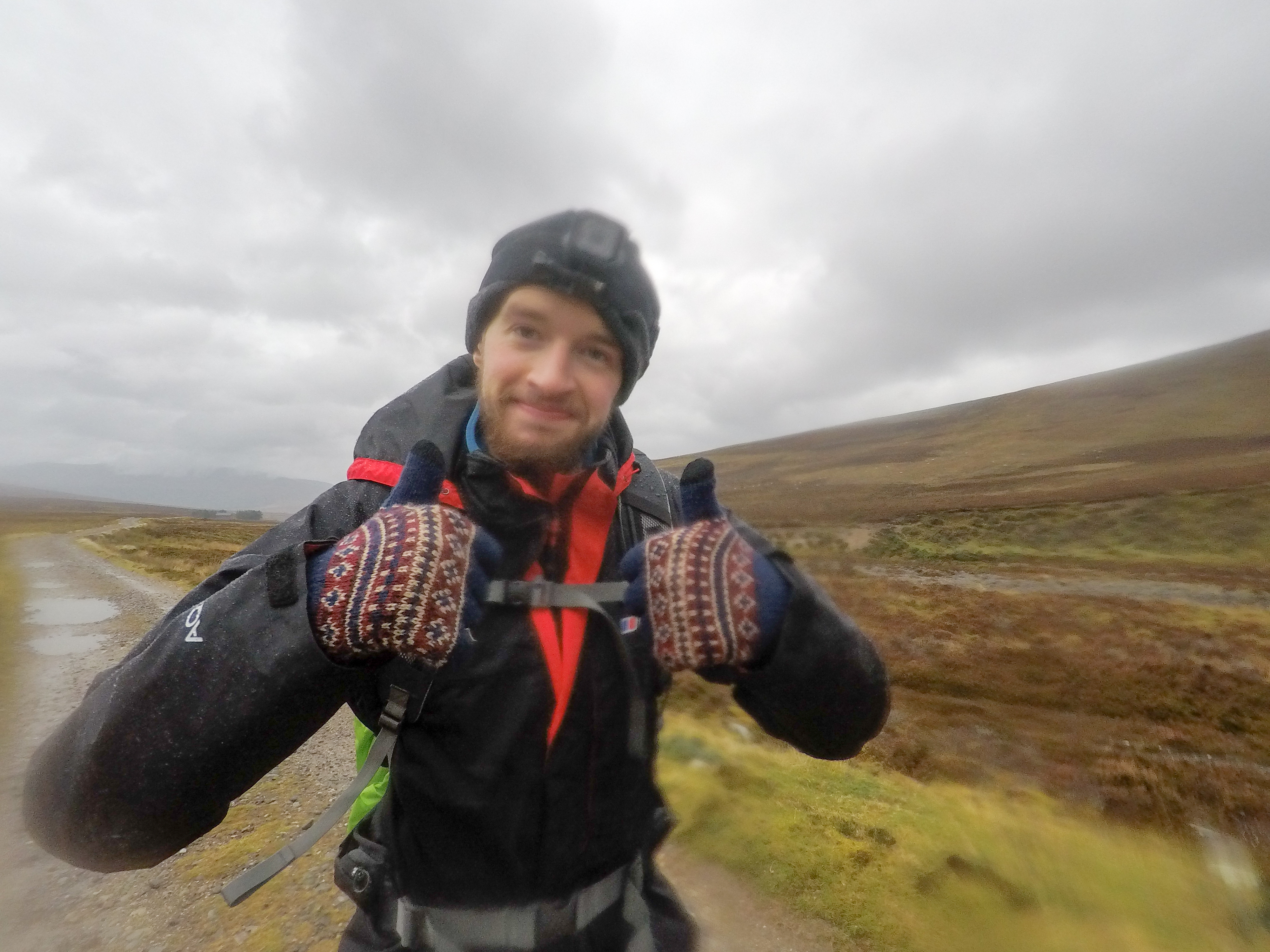 At least the midges are dead - or plotting their next season of mayhem! 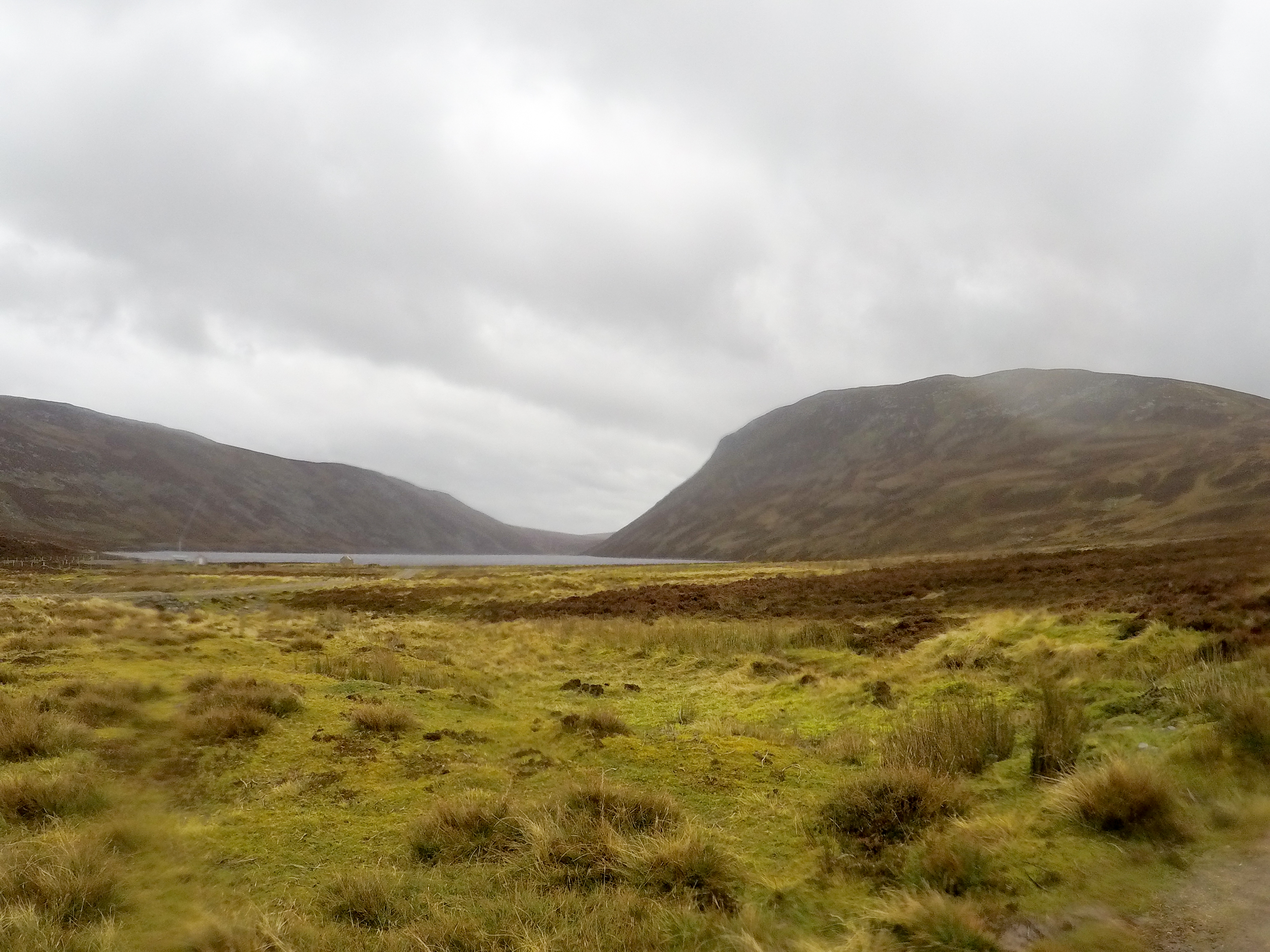 It is a steep but relatively easy ascent. 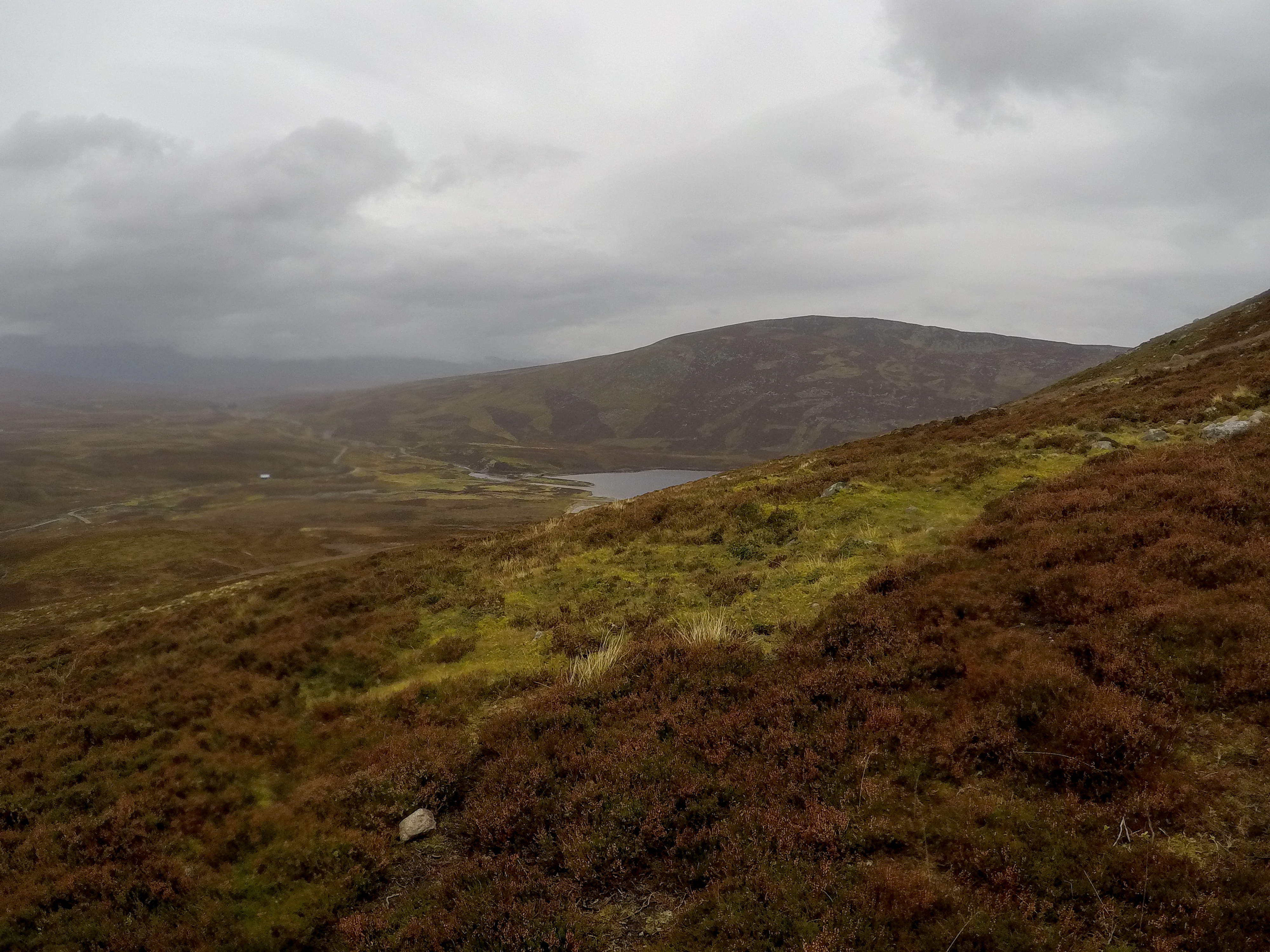 I will be the first person to admit I have become far too reliant on the old GPS on the Garmin or the phone - it is just too easy!

I dread the ideal of actually getting lost of everything being out of battery so this walk was the first time I completely ditched the technology for the old fashioned map and compass. You could say the weather was perfect for practicing navigation. 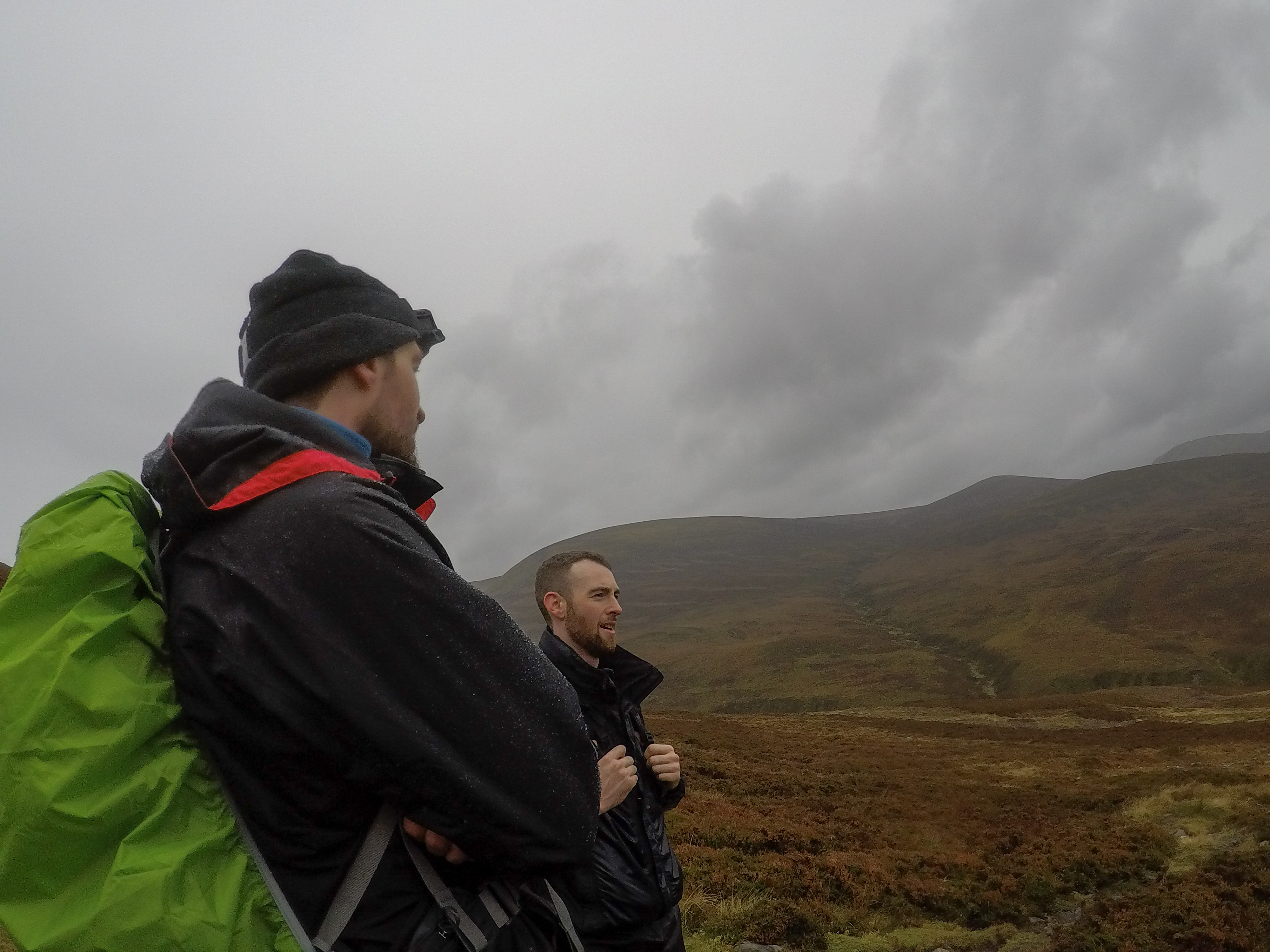 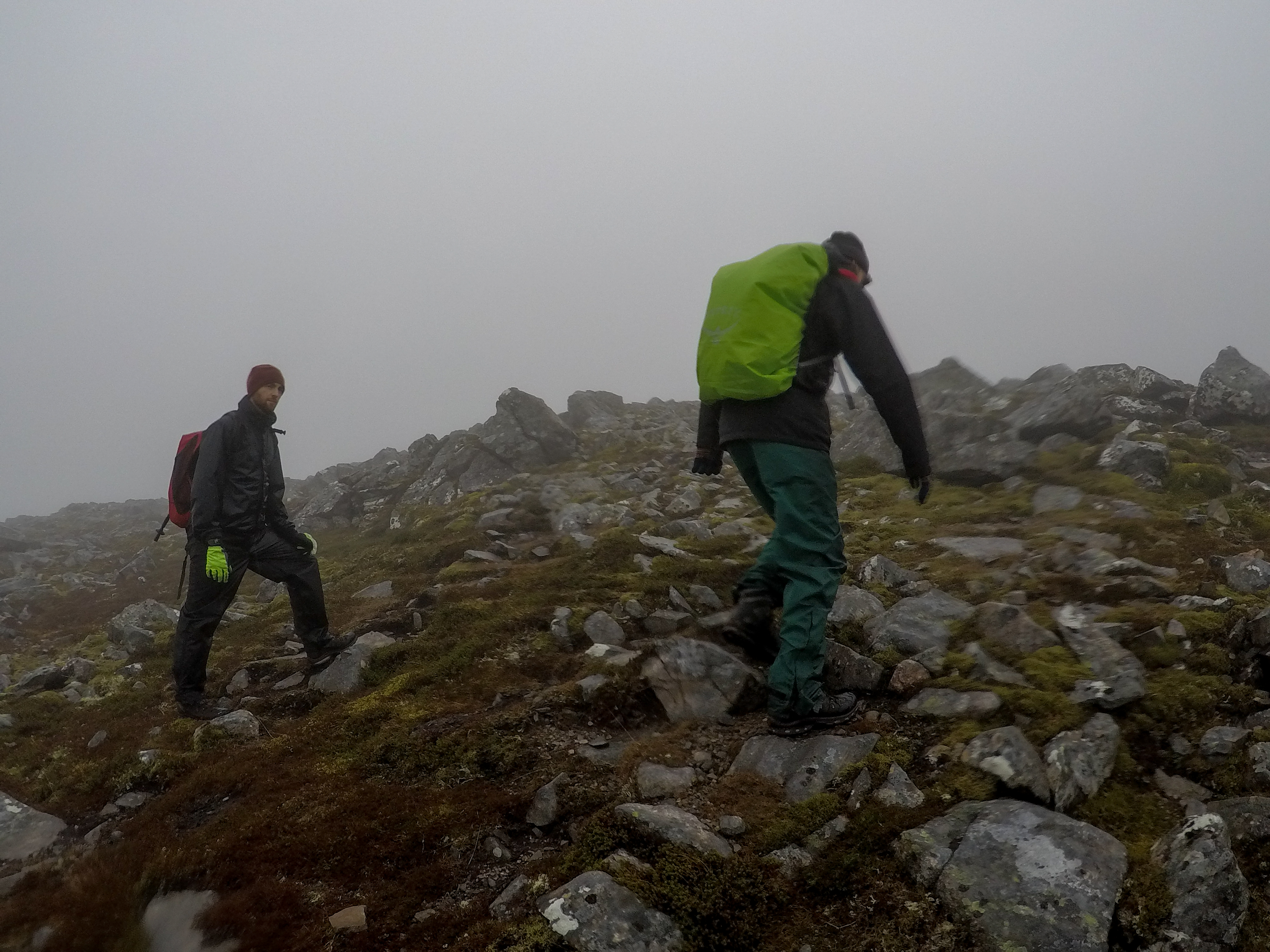 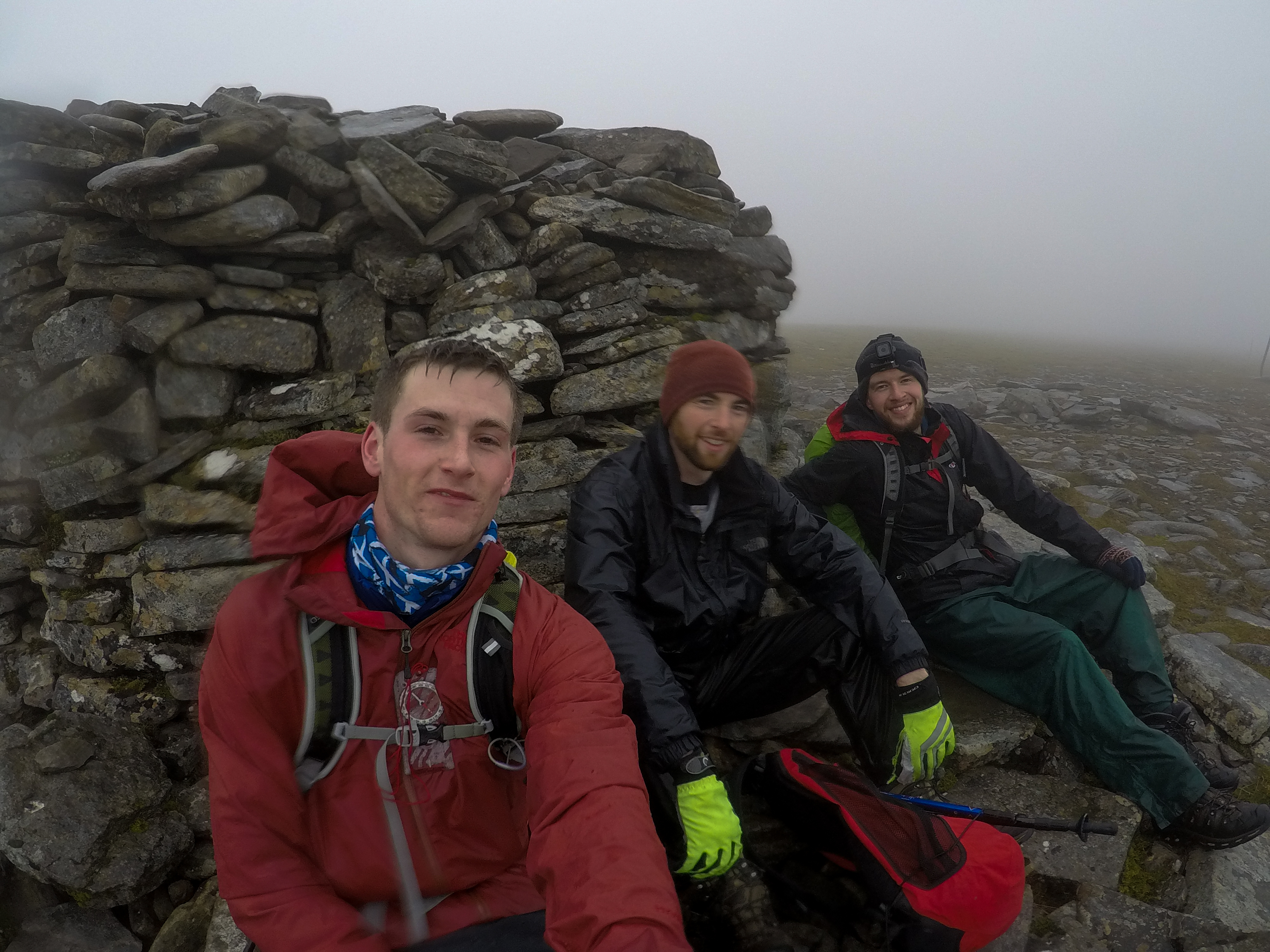 I've heard the views at the top are impressive. Who knows maybe I will come back one day when I am compleat... Although probably highly unlikely. 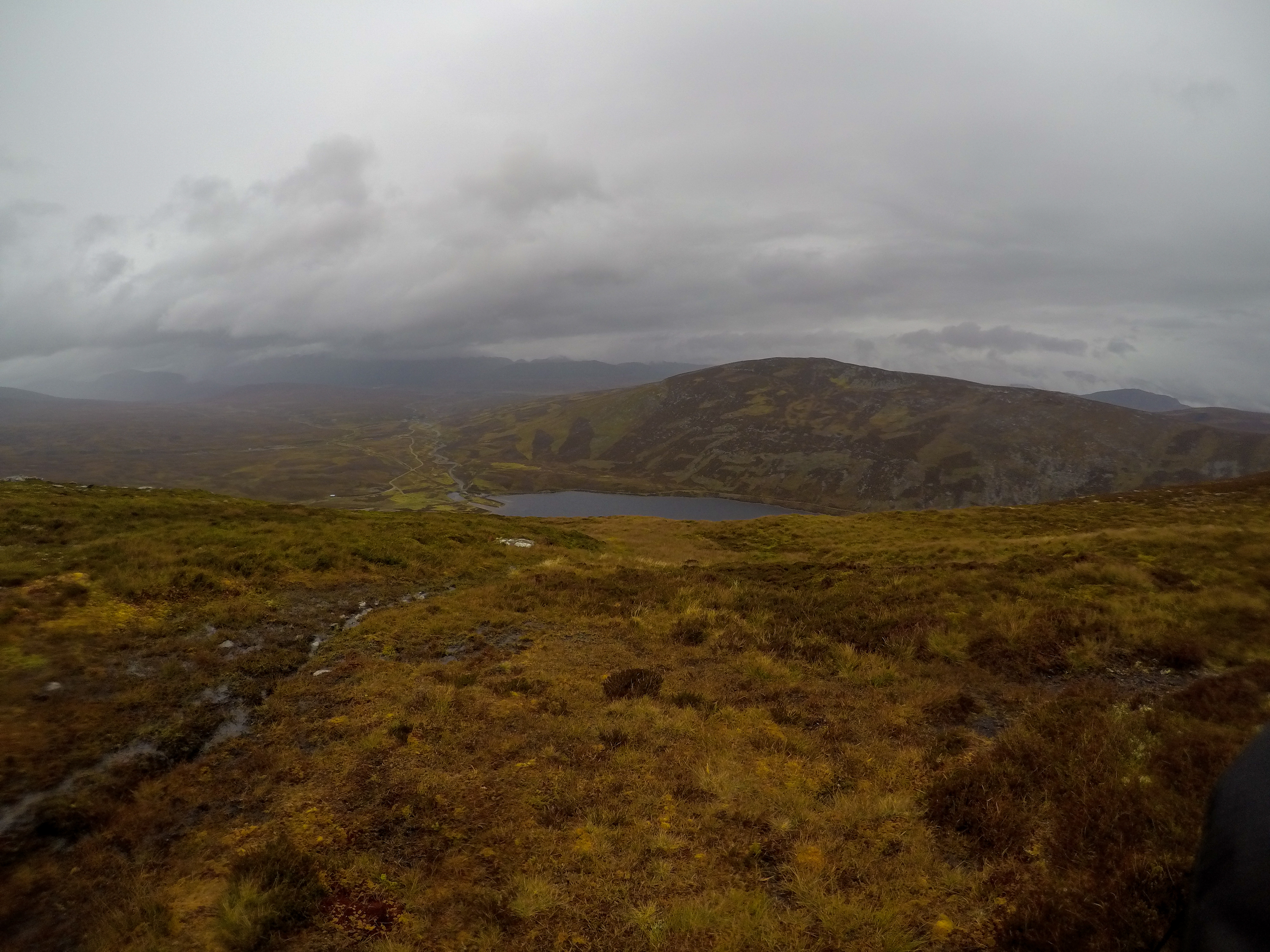 Fair enough, it's not one of the sexy hills but the first time without the GPS and testing out the GoPro I'd argue it was a success of a day. Up and down in 4 hours and back to Aberdeen with plenty of time to hit the pub!

It would be a shame not get to 50 before the end of the year... That's what no one tells you, this is properly addictive!

Over and out,
Andrew

p.s. if this reaches the All Female Swedish Mountaineering Club, feel free to head over to Scotland you'd be more than welcome!

Re: Adventuring with the All Female Swedish Mountaineering C

You may not win TR of the Month for October but you won't be short of folk reading your report, that's guaranteed. You might also get a few angry PMs though!

Good luck in Peru (not that I am jealous or anything). How's your Spanish anyway? If you need a translator/interpretor........ just saying!