We took the advice given on previous reports and booked two nights at the Jura Hotel; if our first day had low level cloud we might be lucky and get clearer skies the next day. As it was on this week in May … the skies were devoid of any clouds and the Western Isles were up there with the hottest places in Europe – I think Skye topped the charts at 25 deg C. Base layers, jackets & trousers were all left in the car, this was a day for t-shirts, shorts, a shed load of water, and a bucket full of sun screen (and hat).

Like most before us we started on the east coast where the road crosses the Corran River. We drifted to and from the path, trying to keep to the higher ground and away from any boggy areas – luckily we found nothing more that some squelchy patches that could be navigated by using clumps of grass as stepping stones. The Paps make some sight and without a cloud in the sky there was never a need to pull a map from my bag – just head for the hills.
We crossed the Corran River at the head of a small pool, maybe 100 meters before Loch an t-Siob. From here we headed up onto the shoulder of Beinn Shiantaidh, keeping to the grassy patches, away from the scree. When on the shoulder we could see a traversing path that did gain some height so we followed that. We thought we might have walked past the top so decided to head straight up … some of the time using all fours. We had gone past the top, but not by much .. a 50m walk back to the summit.

Wow! What a view you get. Spectacular to say the least. To the South and South West we could see over Islay to both the Irelands, to the south east the Mull of Kintyre and Arran, to the North lay Mull, and to the north west, flat as a pancake, was Colonsay. We were sitting having lunch in t-shirts and shorts on the top of ‘the Paps’ … just incredible, I didn’t want to leave. The decent was a lot easier than I had imagined and we were soon on the path up Beinn an Oir. The path is visible from Beinn Shiantaidh and as it starts to climb Beinn an Oir it follows a little stream – perfect for filling empty water bottles. Up the path, round the elbow, and to the top. Again, great views but this time you can see much of the Sound of Islay and the raised beaches on the west coast of Jura.

The call of a cold beer back at the hotel was too much and we decided to leave Beinn Chaolais for another day, a great excuse to come back to a magical place.

On the way down Beinn an Oir we decided to ignore the path and take to the scree. A small mistake, this was slow going and took a bit of effort.

On reflection, I’d have liked to have started the walk at Cnocbreac, on the west of Jura, climbed Beinn Chaolais, Beinn an Oir, Beinn Shaintadh, and finished off on the east coast. 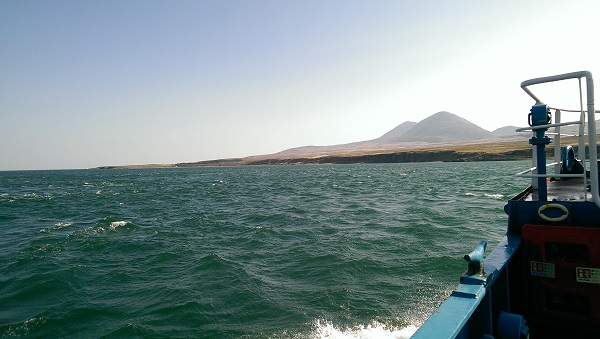 Crossing to Sound of Islay to Jura 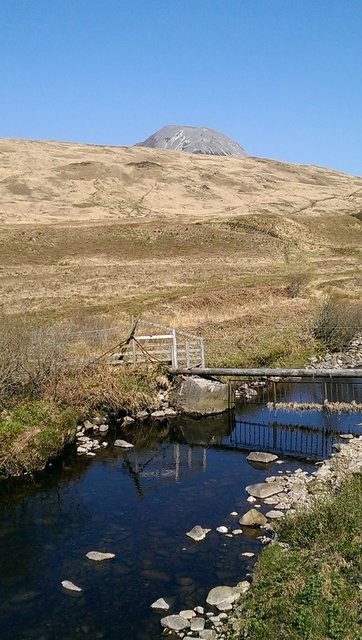 The Corron River, by the road 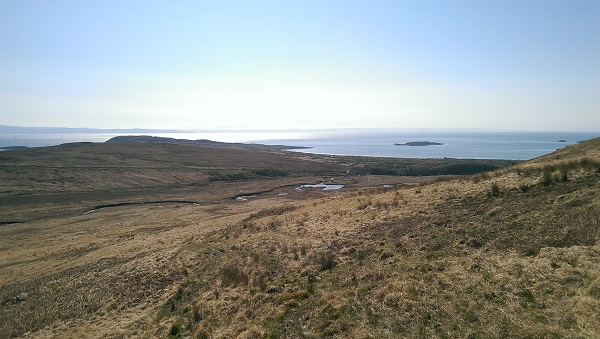 Looking east, back down the Corran River 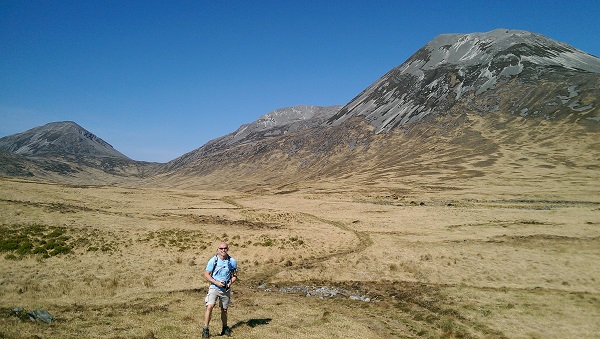 The Paps in full view 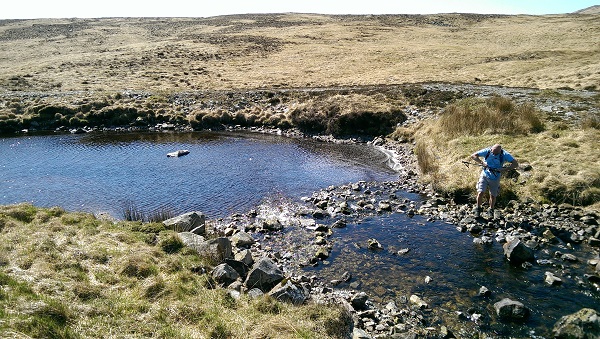 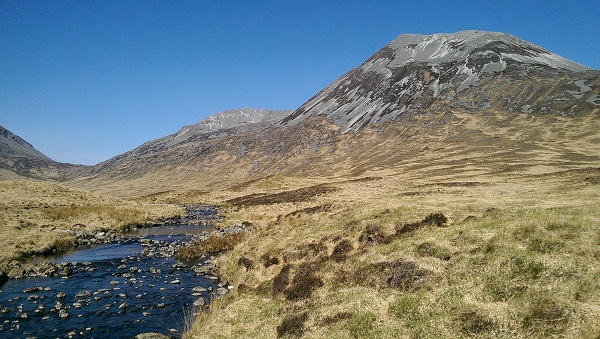 Looking up the Corran River having crossed it, Loch an t-Siob just over the top 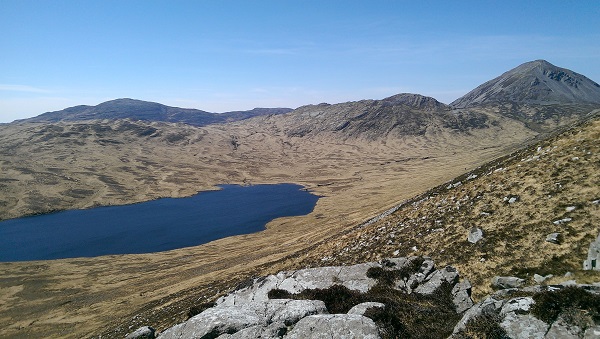 Sitting on the east shoulder of Beinn Shiantaidh, looking over at Beinn Chaolais 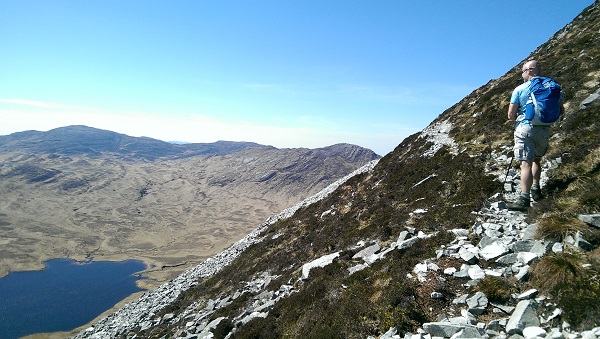 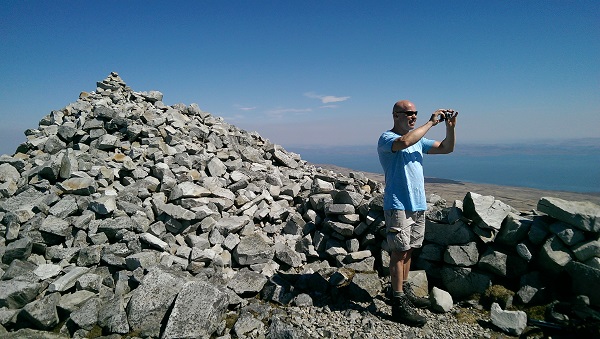 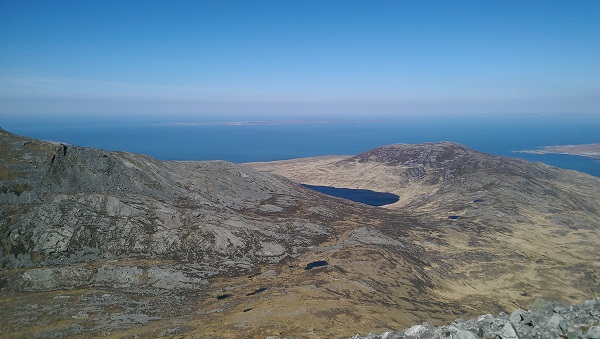 Looking over to Colonsay 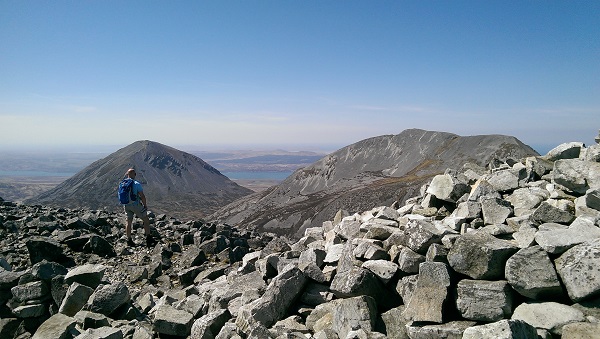 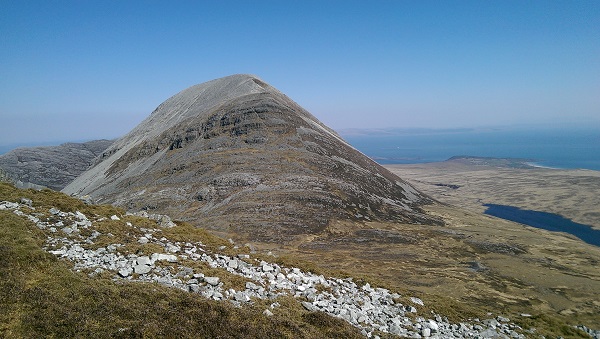 Looking back at Beinn Shiantaidh from Beinn an Oir 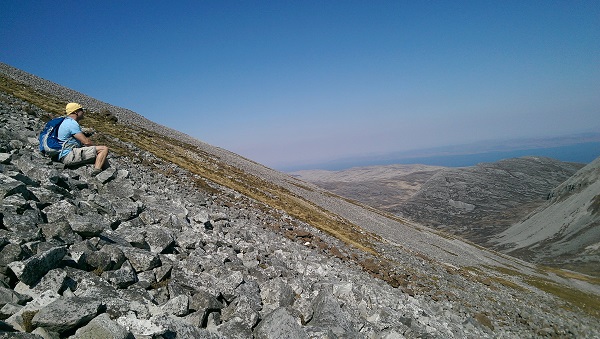 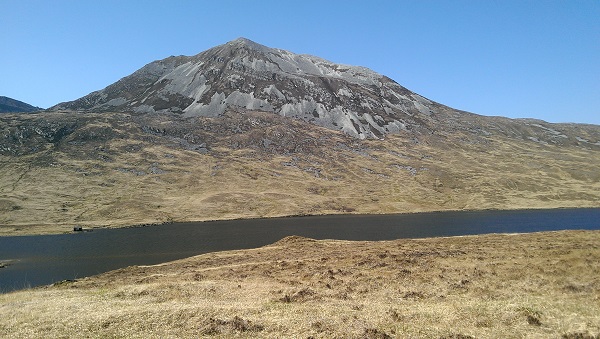 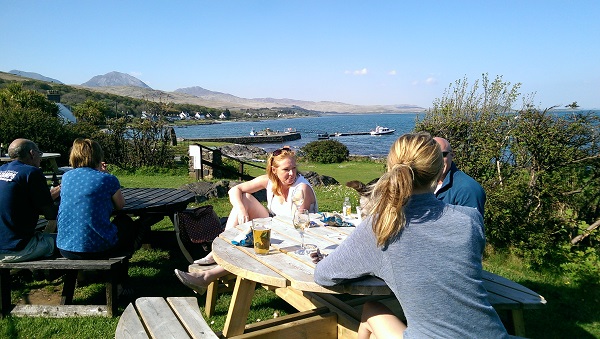 Well-earned beer back at the Jura Hotel - yum! 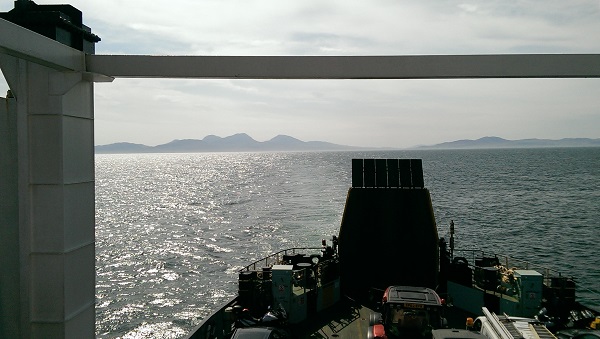 They just wont go away! ... gotta love the Paps

Re: Blue Skies & The Paps

Cracking day for this walk - that looked most enjoyable