Given that the forecast wasn't great for the afternoon I got up to Giorra Dam by 8.30 underestimating the time it would take to get from Aberfeldy. Why don't I pay attention to the web sites that tells you the distance and the time...they are rarely wrong! 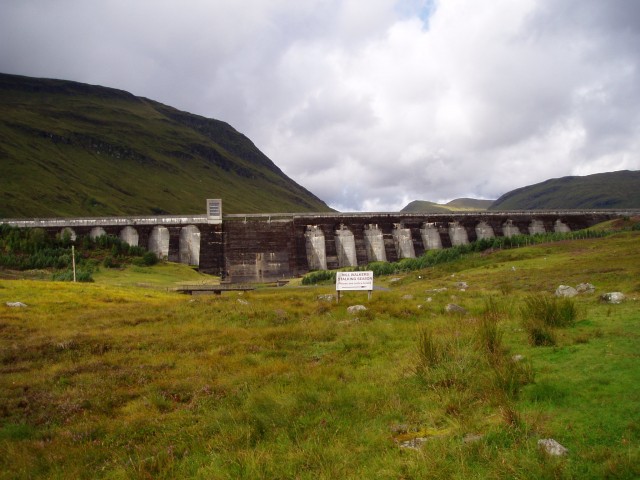 The Giorra Dam taken from the parking area.

On arrival I met up with guys from Easy Lothian and joined up with them to tackle Meall Buidhe. It was quite boggy half way up and then found ourselves crossing a peat bog which wasn't great. Howver once through that it was a straight forward push up to Meall a' Phuill and onto the cairn. It was then a walk alomng the shoulder to the summit. Only danger was us getting blown of the hill - it was blowing a hooley. The walk along the shoulder

Some great views from the top to Schiehallion one way and Rannoch Moor the other and the wind was blowing away the rain clouds. 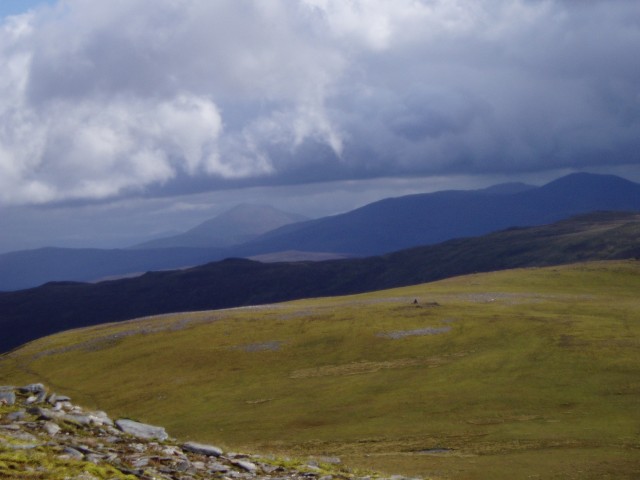 Schiehallion in the distance

We didn't waste much time and left the summit to get back down to the car by 12 noon at which point I said goodbye to my climbing friends as they were heading home. The decision then was to try and take in Stuchd an Lochain on the same day. After 30 mins rest and a bite to eat and recharge the batteries with shortcake and bananas and chocolate I set off
for the Boathouse and the climb up to coire Ban. This was the steepest I had ever attempted but kept a steady pace and stopped regularly to take some pics (my excuse for a rest! The path doubling as a stream Once passed the little Loch I was in the finishing straight. Only one more small climb to do! And a short climb later and I was on the top.. still getting colder and the wind hadn't dropped all day so did the pics and the headed for home. So I managed to do 2 monroes in the one day.

I was well pleased especially after the steep climb on Studhd an Lochain. On coming down of the hill I met a group of four with a proud Dad carrying his young baby on his back up the stony path/stream and made me realise that I still have a lot to do in terms of fitness. However the overiding joy was the scenery that on lochain was panoramic and the wind had blown away a lot of the dark rain clouds giving an absolutely brilliant view no matter which way you looked. Good stuff Jockstar, I didn't get the views you did when I did Stuchd an Lochain, pretty much just got belted in the face with high wind and sleet. Been saving the other hill for a more relaxing day ever since.

Thanks Stretch...when you find that time where you want to do Meall Buidhe,I would say that the drier route is up to Coire nam Miseach (there will still be some boggy land) but then go to the right to miss the peat bogs and then go left towards the cairn at the start of the shoulder.

Nice report Jockstar,
I still have Stuchd an Lochain to do having done Meall Buidhe as a single when I wasn't feeling great. It must have been good to get them both done on the one trip into the glen. Nice picture of Lochan nan Cat

it was a case of while i was here i might as well do it! and glad I did as the wind kept the rain off and blew the clouds away so the best part of the day was the afternoon. steep climb (for me) to begin but well worth it for the views once you got onto the collar and heading for the top.