My first 'proper' WH meet (ie one where I didn't just turn up for the drinking) in 2 years, and as usual, the weather forecast wasn't promising anything too exciting. I rolled in on the bus to Shiel Bridge on Friday evening, the half hour of walking down to Ratagan YHA in the dark providing a nice quiet break before the usual meet mayhem. When I woke up on Saturday morning, I was in no real rush to go anywhere, or go up anything particularly high.

I had my sights on the two Marilyns north of Glenelg at some point over the next 3 days, and joined Dougie and Seana for a lift down to Letterfearn on the south side of Loch Duich. We would follow the coastal path past a broch then see where we ended up.


Glas Bheinn.gpx Open full screen  NB: Walkhighlands is not responsible for the accuracy of gpx files in users posts
I've looked over to this side of Loch Duich scores of times in the past but never been down to the end of the road. There is some fine woodland around Letterferarn and Totaig, in great colour at this time of the year, and a good path leads along the shore to the broch. Great views over to the castle at Eilean Donan. 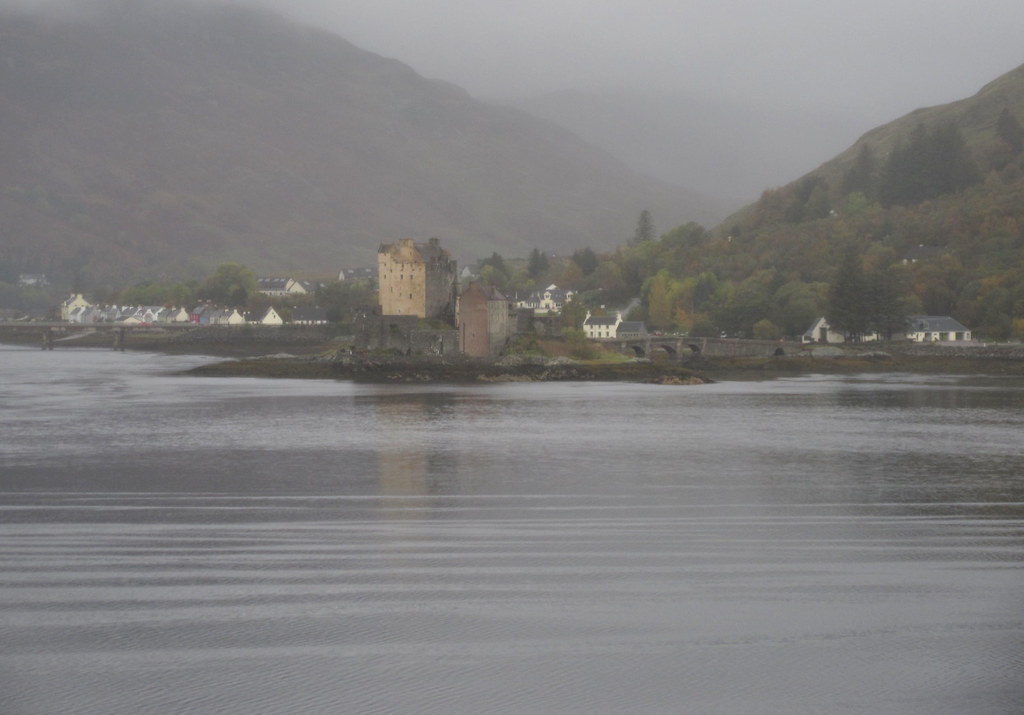 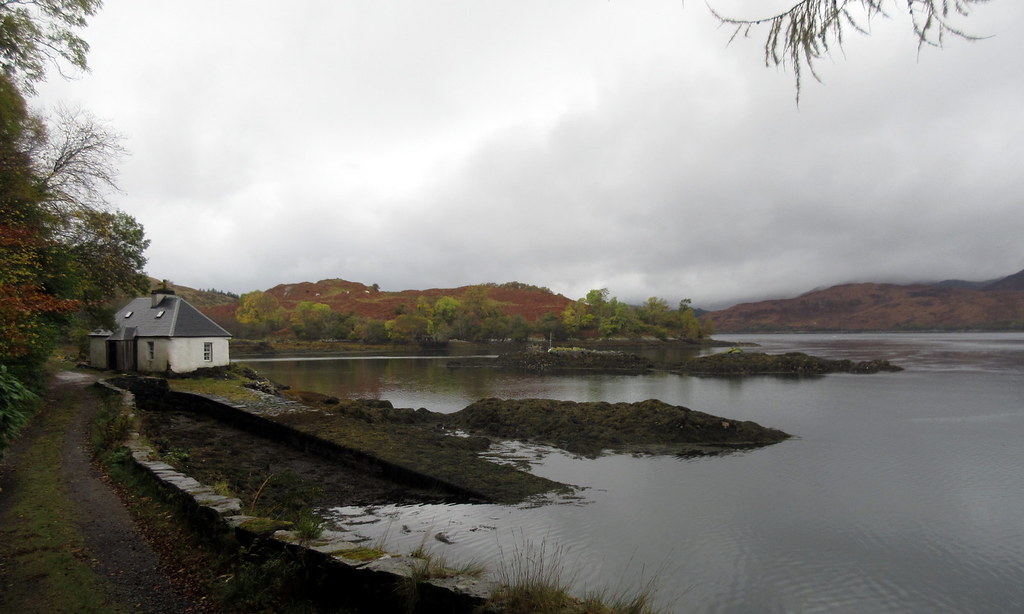 The only broch I've looked at before is the one at Dun Dornaigil, but as Seana pointed out, it has mostly been filled in and you don't get to appreciate the hollow-walled structure with staircases and doorways to different levels in it. Caisteal Grugaig was much more interesting from this perspective, and in a pretty spectacular spot. 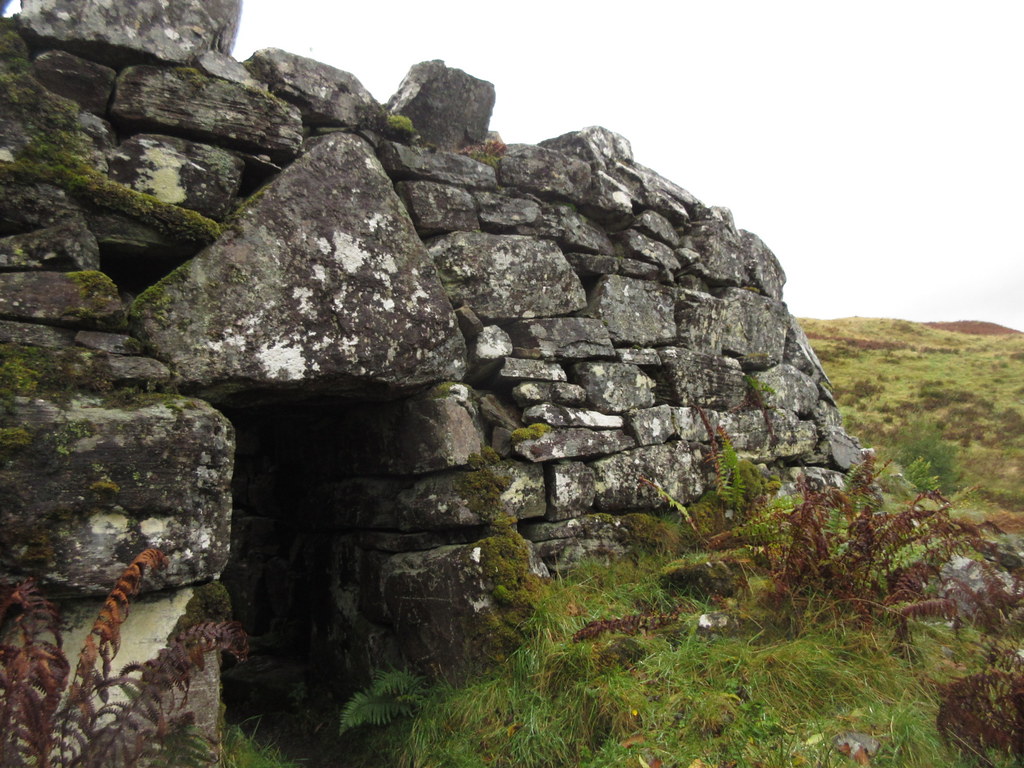 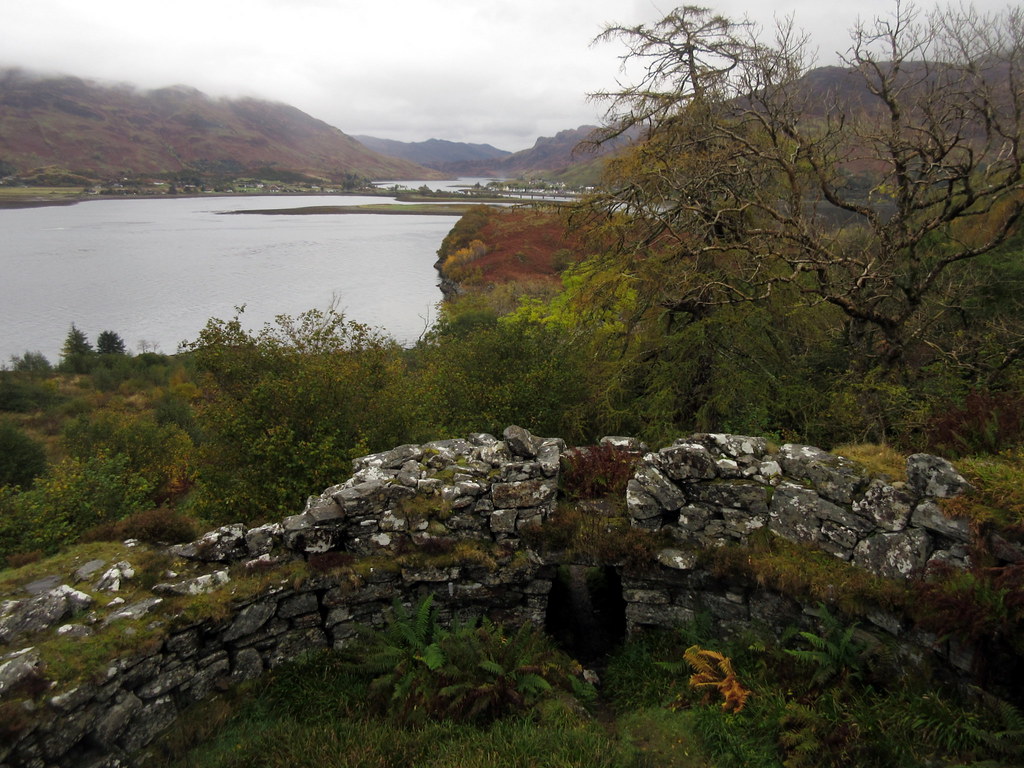 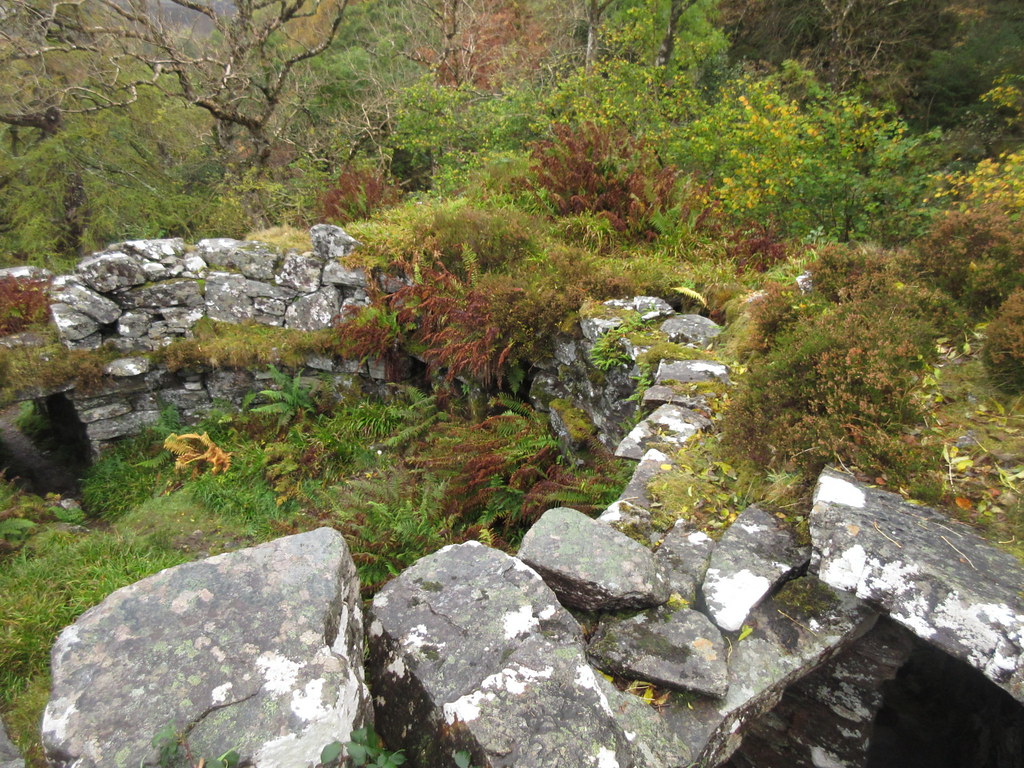 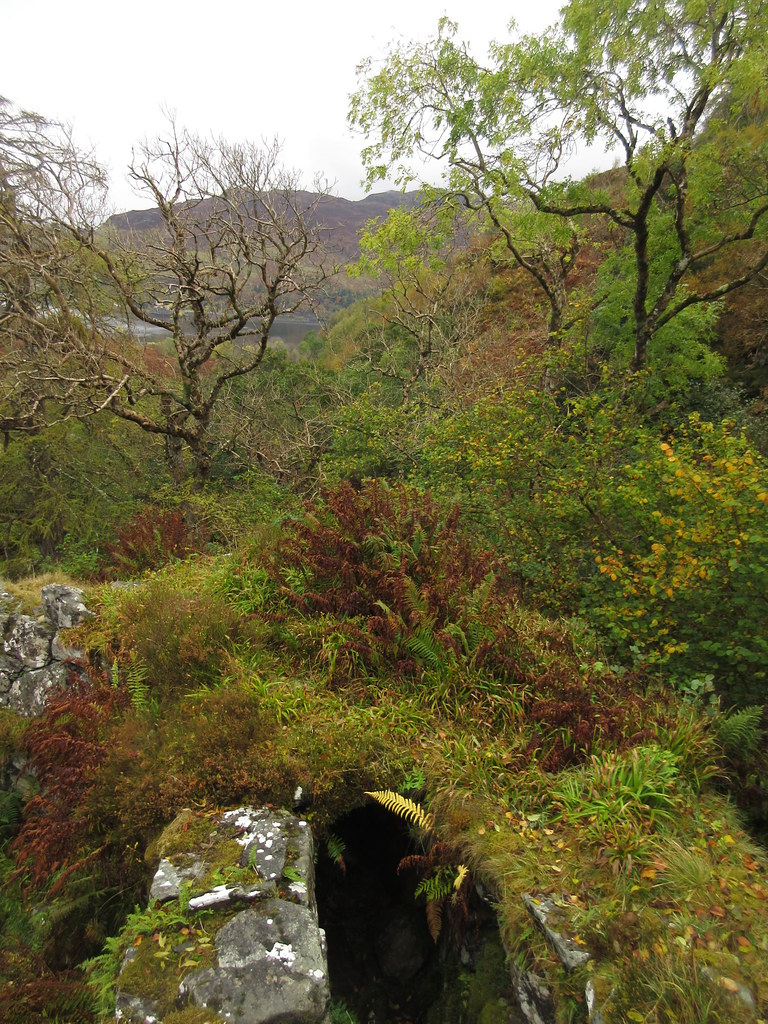 By this time, we had decided to walk to Ardintoul, so we carried on ascending above the broch. This bit of hillside and coastline has more great views across the loch and really easy walking until you reach the edge of the conifer plantation. After that, things are less fun - boggy, muddy and completely hemmed in by conifers. The cloud had rolled in as well, and a drizzly mist was lingering. 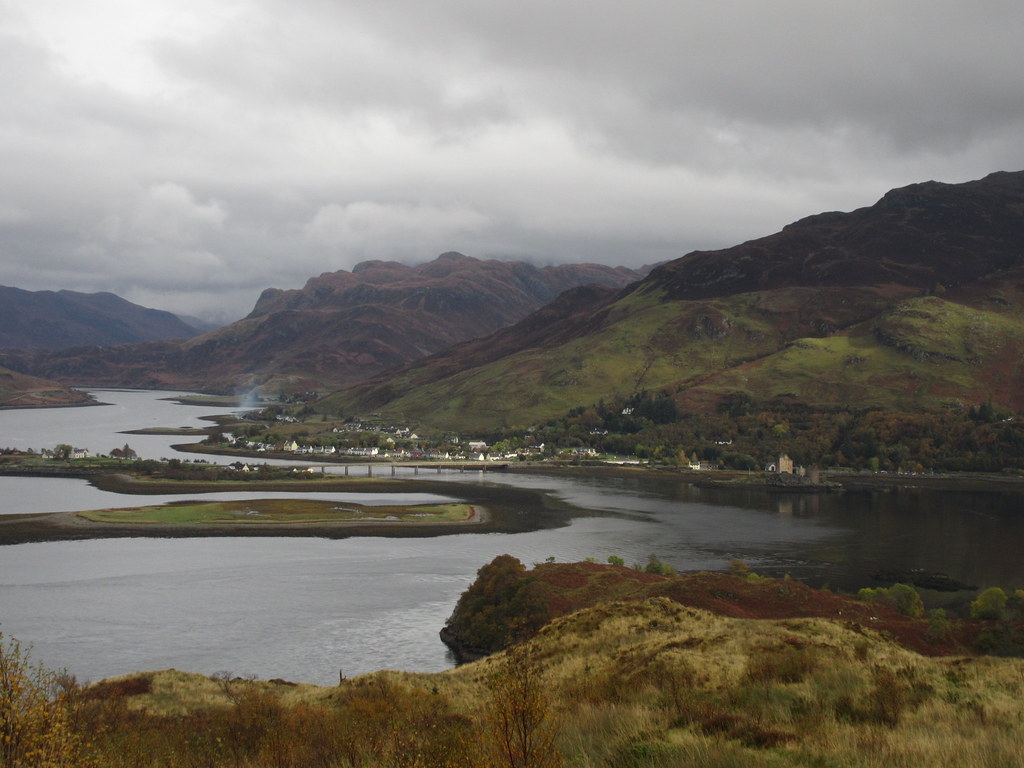 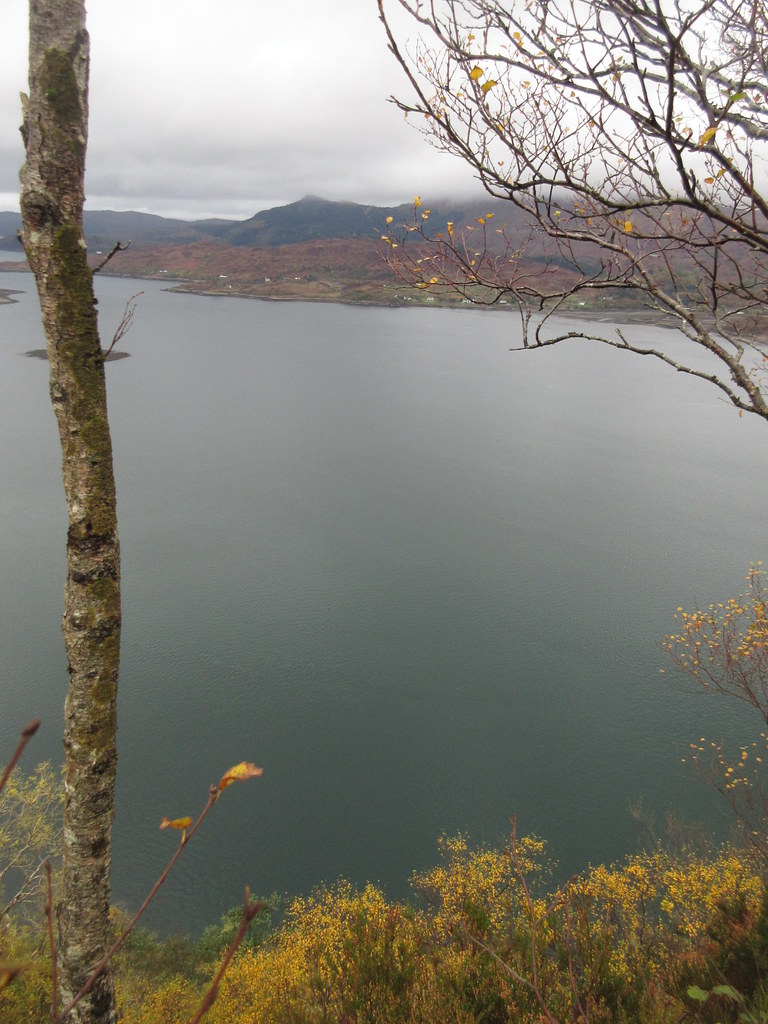 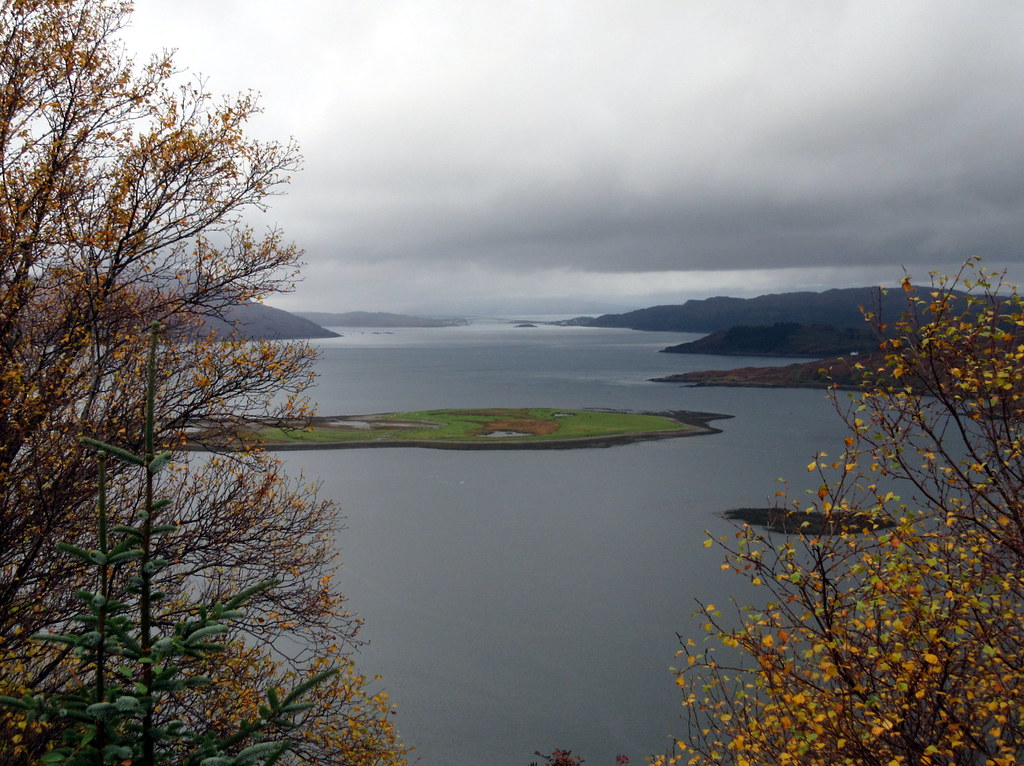 The path improved as we emerged from the conifers, and took a new line crossing the Allt na Dalach at a footbridge, then re-ascending to the Glenelg track. By now we had decided to go up Glas Beinn, so we didn't drop down to Ardintoul. I can't remember what brought this decision on, as the weather was now miserable drizzle - probably my insistence on bagging something. Oh dear! 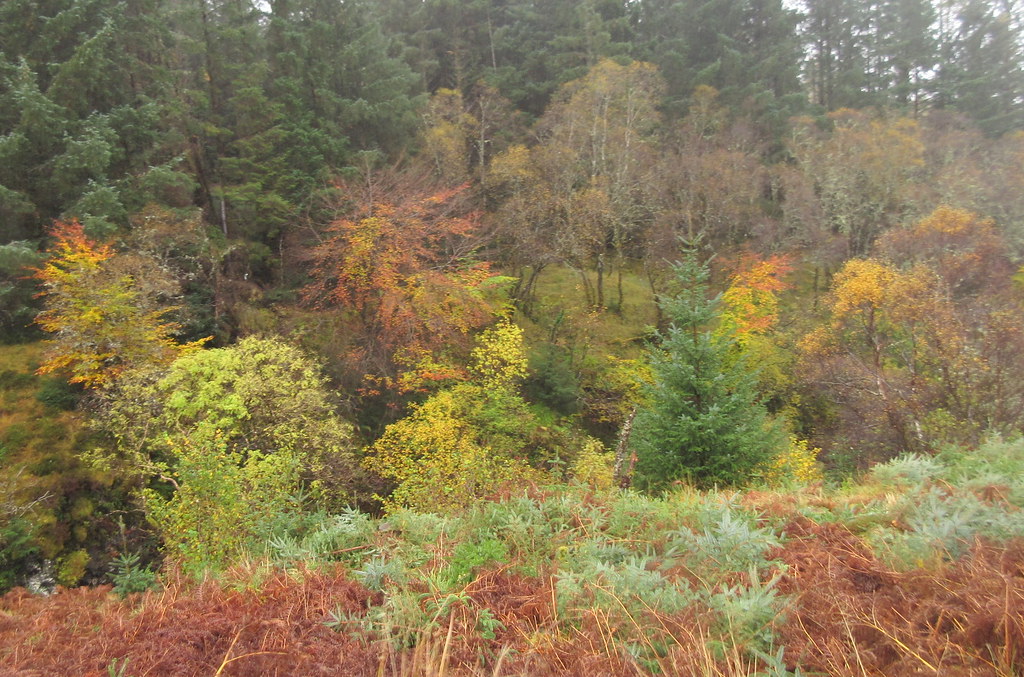 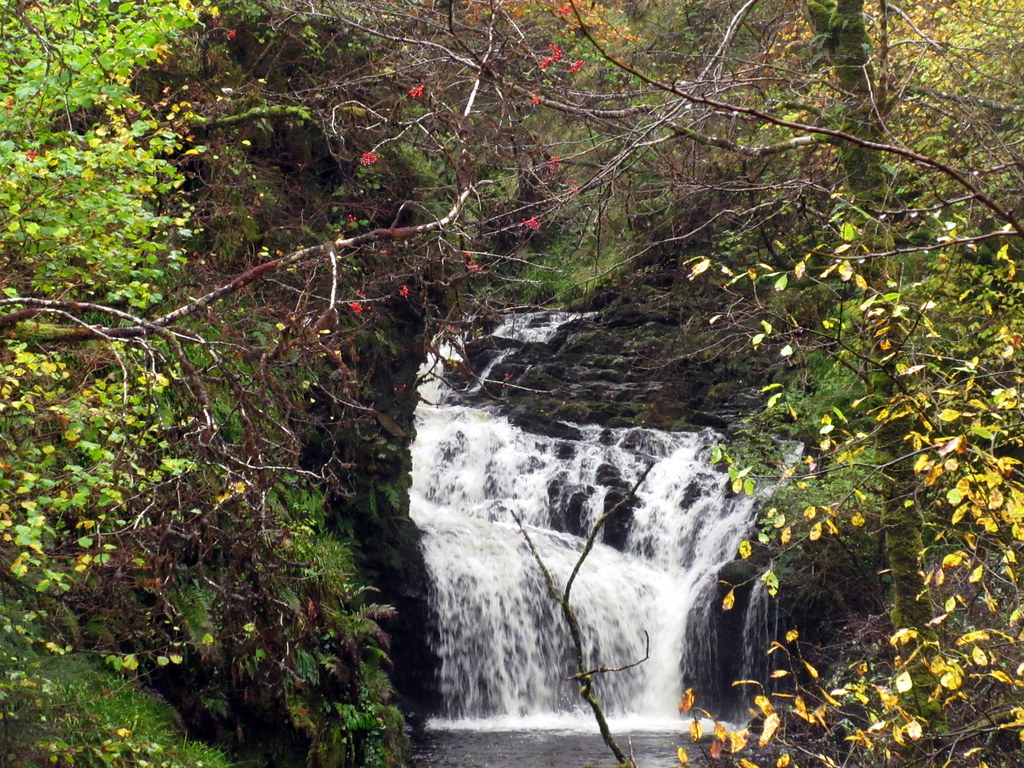 We walked up the track towards Glenelg (which is practically a road in places) then dived off into the forest at the high point. The last climb up to the summit was heathery and rather miserable! I had only recently learnt that the trig point is not the highest bit of the hill. It probably has the best views, but as there was nothing to see, we didn't bother going to it, and made a quick exit after the summit.

Dougie reaching the edge of the forest on Glas Bheinn: 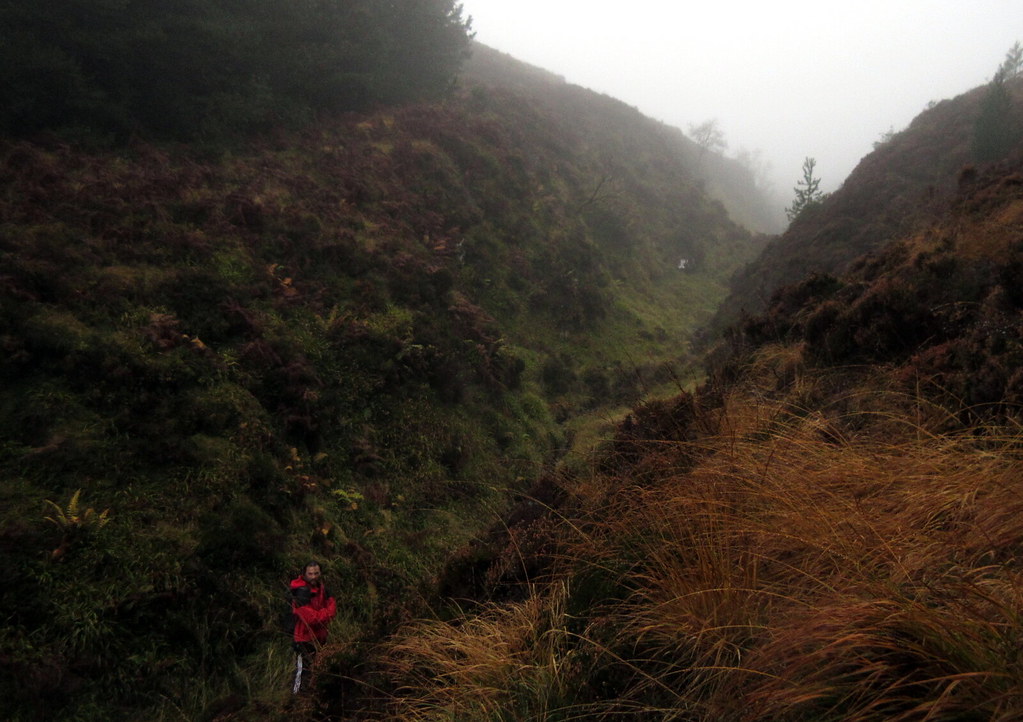 Seana on the summit: 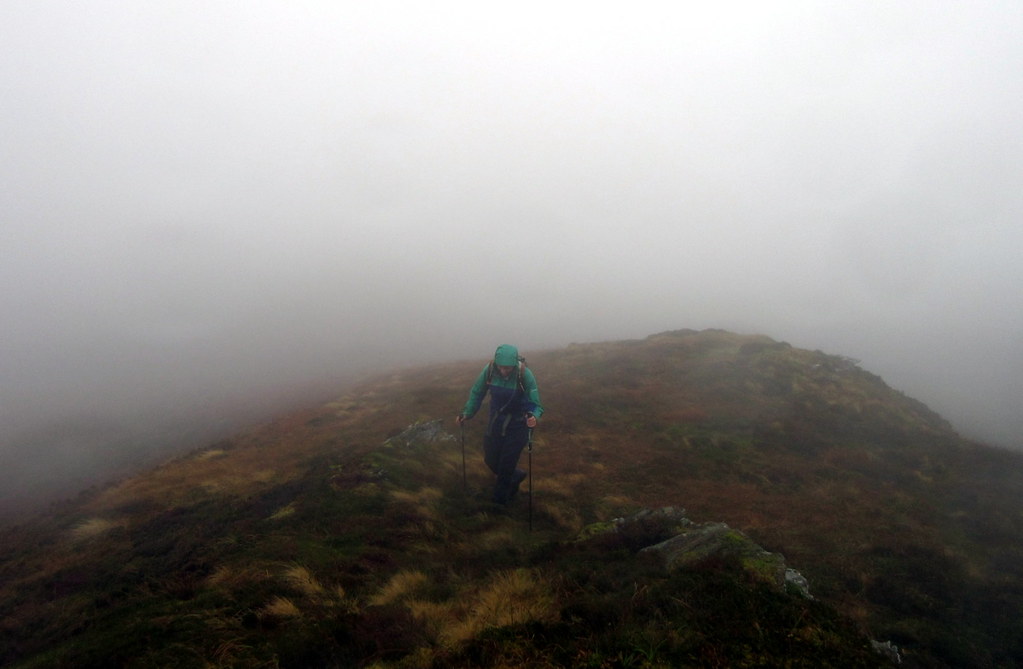 The walk back was similarly gloomy, with none of us looking forward to the climb back up through the conifers. Once out the other side, things cleared up a bit, and the last couple of miles back down to the car were quite pleasant. 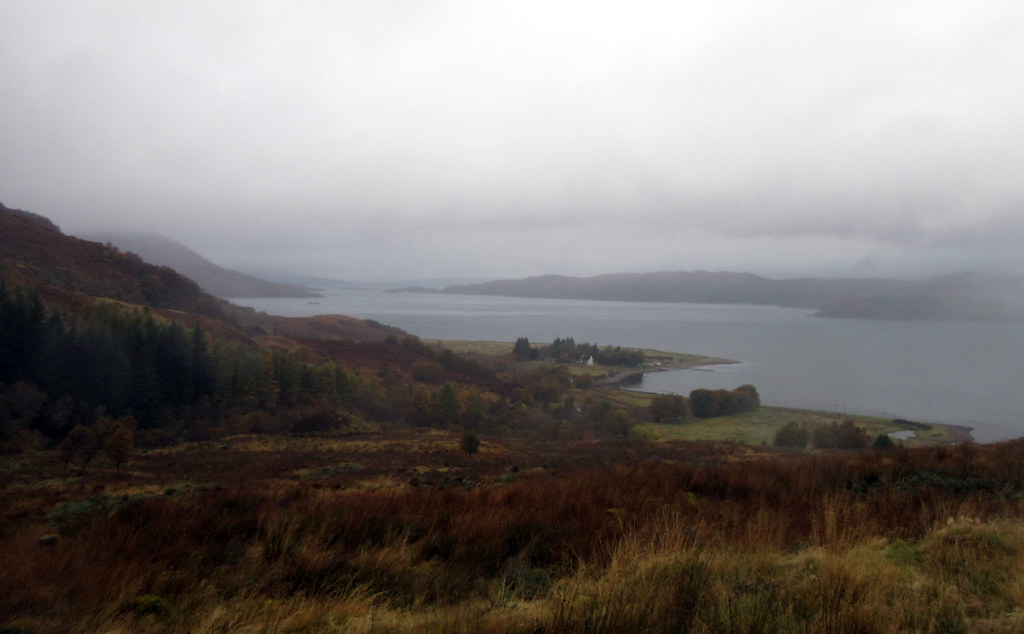 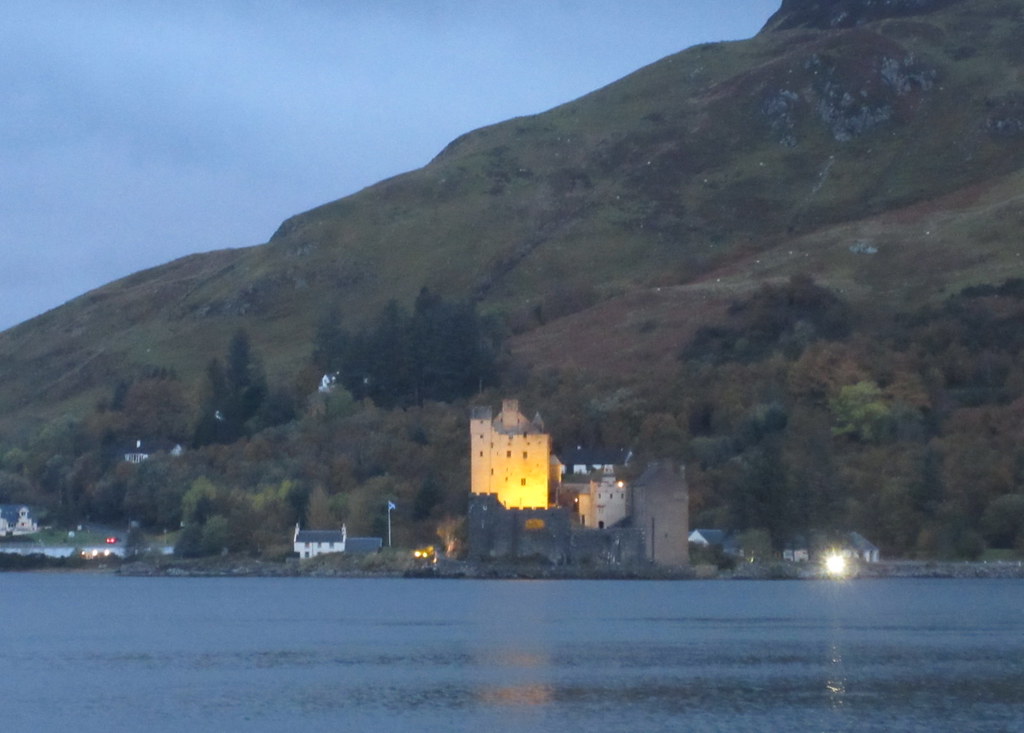 I know Ardintoul is a nice spot as I have vague memories of walking there from Glenelg years ago. But today it was only really the need to feel like we'd earned the evening's dinner and drinks that kept us going any further than the edge of the conifer plantation. Going up Glas Bheinn had us doing pretty much what we'd been trying to avoid - standing on a summit with no views. Some achievement to do it at under 400m though!