WH Meet & Blind summits in the mist – A' Ghlas Bheinn

WH Meet & Blind summits in the mist – A' Ghlas Bheinn


It was the weekend of the famous Walkhighland Meet and I had been looking forward to meet some old and new friends during the next couple of days. A few hardy souls and myself decided to brave the elements and camped 2 miles away from the venue.

I had planned to do A' Ghlas Bheinn and Beinn Fhada or just A' Ghlas Bheinn if the weather would not play ball and to be able to get up early without any hangover I had limited myself to 2 small bottles of beer during the Friday night. Asking around to see if anyone else had the hills in mind, Hugh volunteered to join me

and we arranged to meet at 8am during the next morning.

The first evening was great, but I guess any night with a bunch of hill mad people simply has to be.

Just as promised Hugh appeared during the next morning and just after 8am we were off. Once we arrived at the starting point, I followed Hughs lead and we were off ready to climb hills. Walking along the wide land rover track was great and the time seemed to fly, while I chatted away telling Hugh about my holiday to Indonesia and the climb up the Volcano. If you are interested the story is here: http://www.walkhighlands.co.uk/Forum/viewtopic.php?f=16&t=67719

Half an hour or so passed when I told Hugh that I have to check my map, because something did not seem to add up in my head.

Looking at the map it soon became apparent that we walked into the complete opposite direction.

So much for chatting too much and not paying attention.

(double ups) we were finally on the right track. 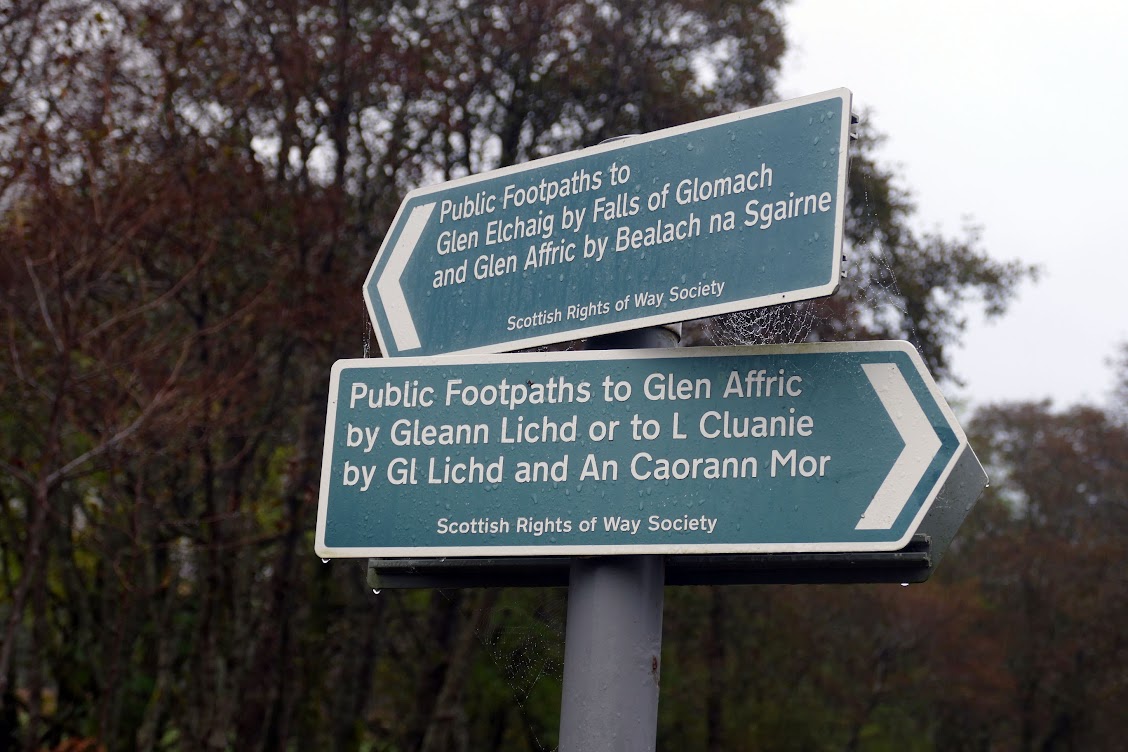 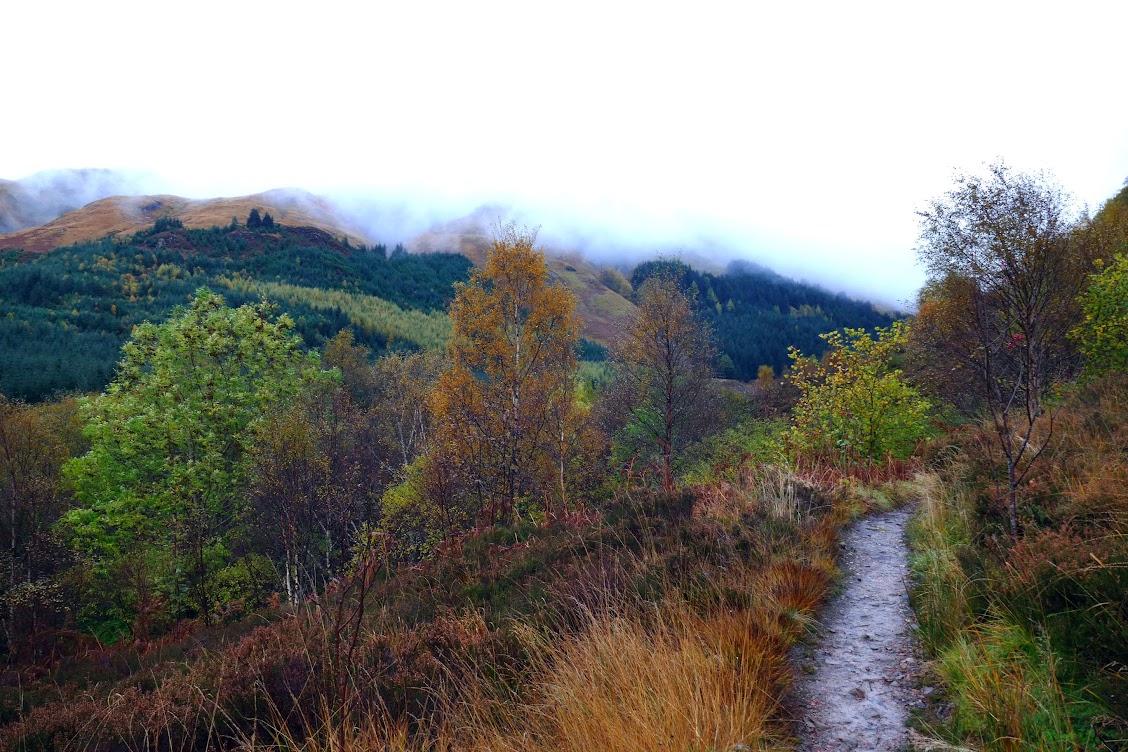 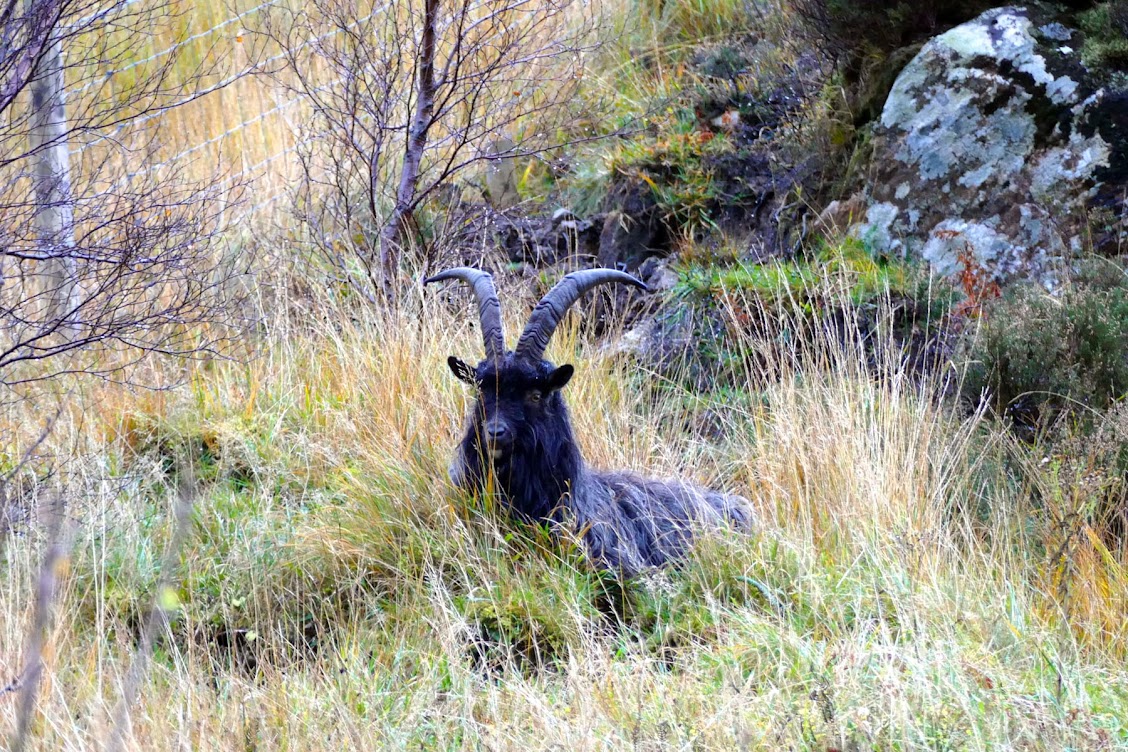 Feral goat on the way

The path was slightly narrower than the previous one (we decided to call it our warm up) but the views were stunning even with the low clouds hiding the tops of the mountains. The hill side seemed to shine orange and I had to stop frequently to take photos. 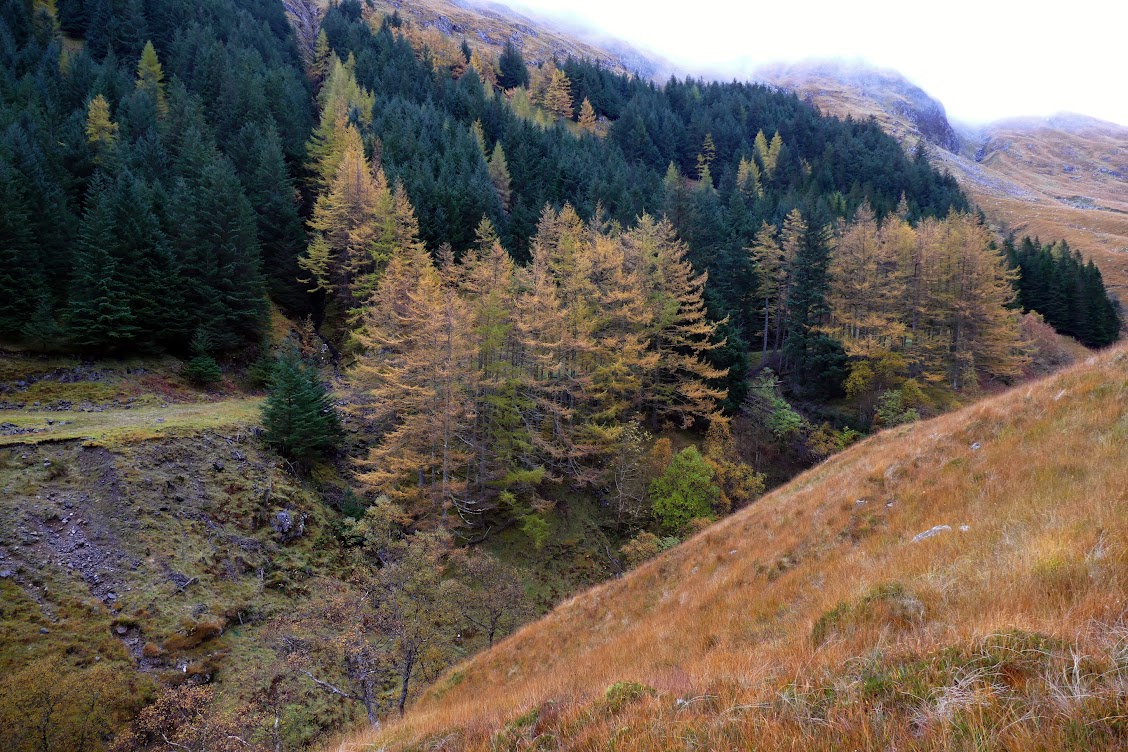 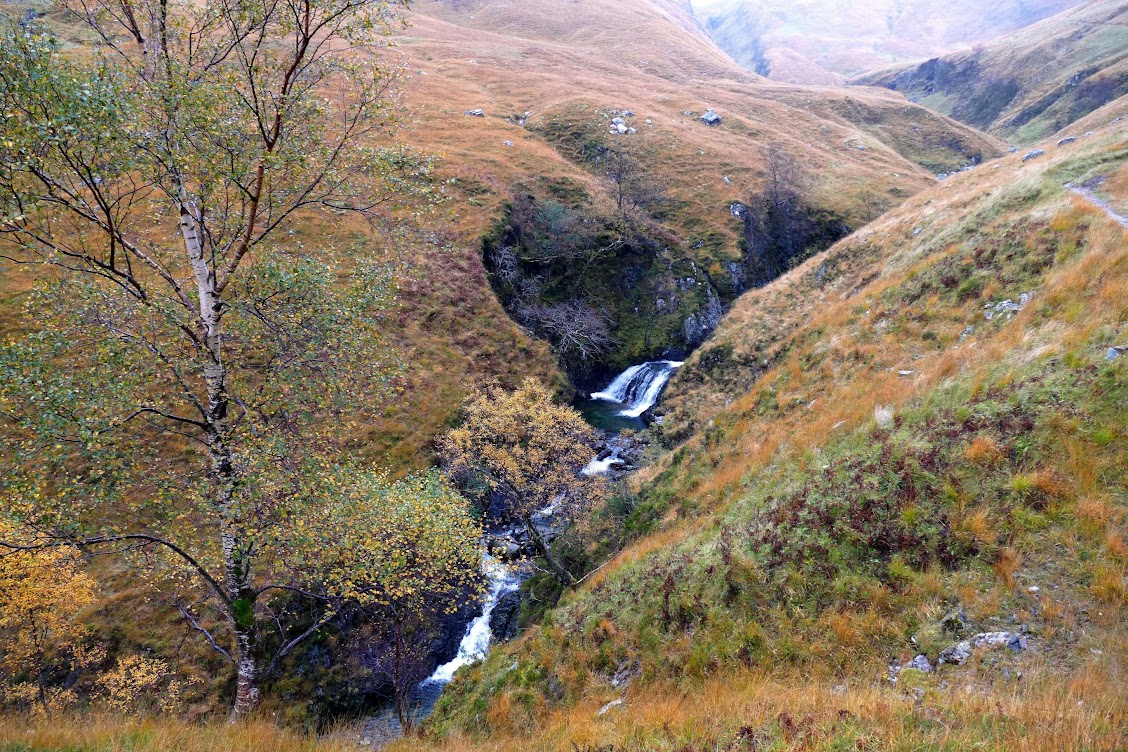 Lovely waterfalls on the way 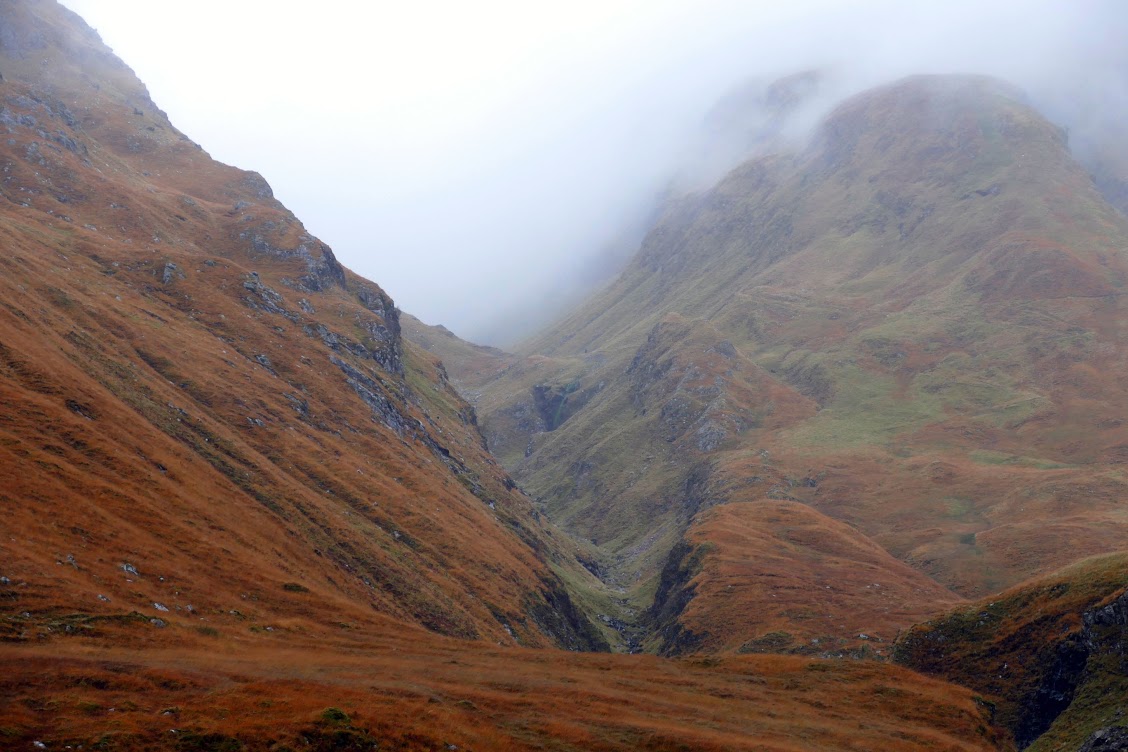 The dramatic bealach between the 2 Munros


The path climbed all the way up towards the Bealach an Sgairne and once we stood on it we could enjoy the views towards Loch a Bhaelaich and Loch Gaorsaic which looked magical. 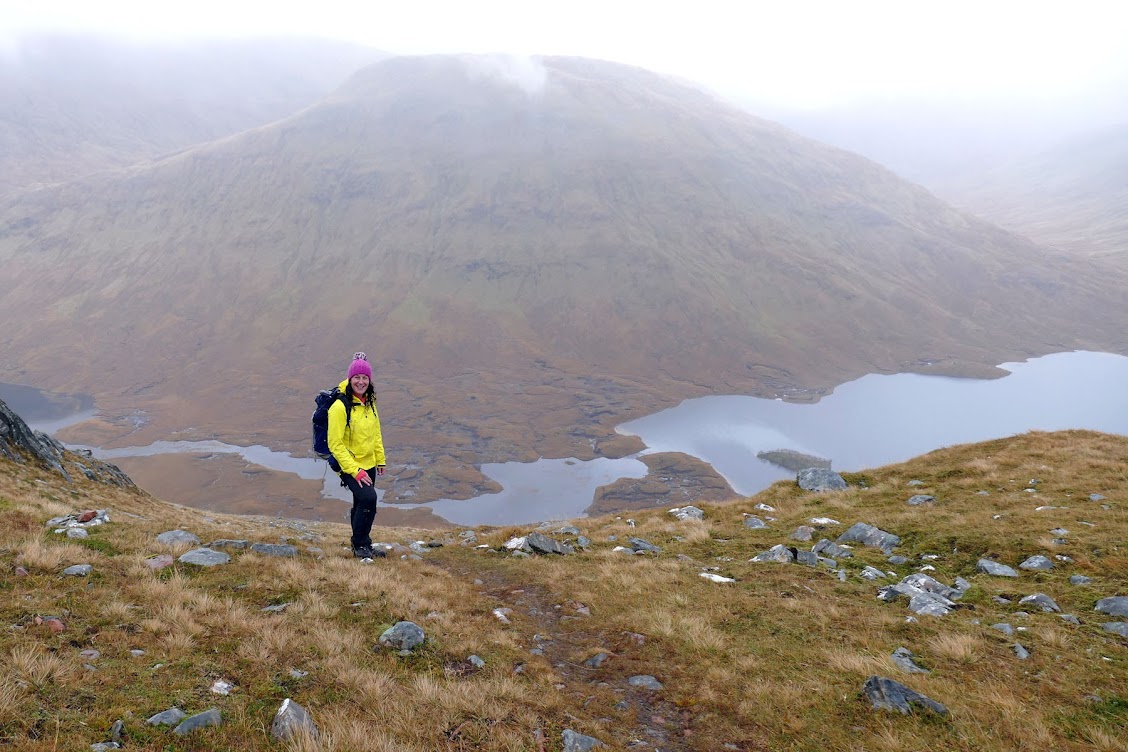 Myself with Loch a Bhaelaich and Loch Gaorsaic behind me 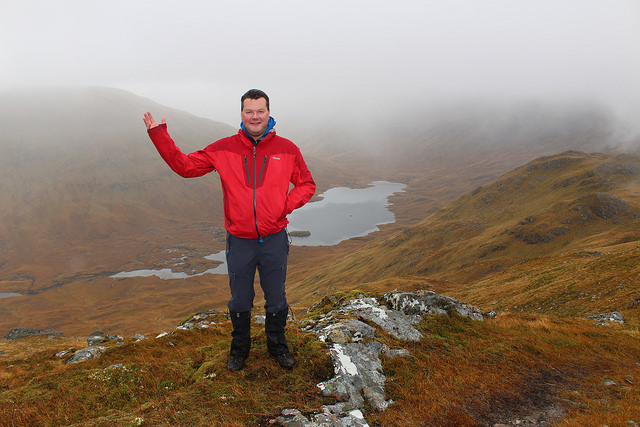 Hugh playing weather man ...On my right you can see clag

From the bealach we started to climb I remembered that A' Ghlas Bheinn consisted of a few blind summits and so we ignored the first 3 until the summit came into view, hidden by thick mist. Walking on we climbed to the top only to realize that it was yet again another blind summit. We continued and the light rain which had started a while ago seemed to be persistent. Continuing we must have passed another 5 blinds summits and were starting to feel really fed up when finally the real summit came into view, although we did not believe it until we actually saw the summit cairn. 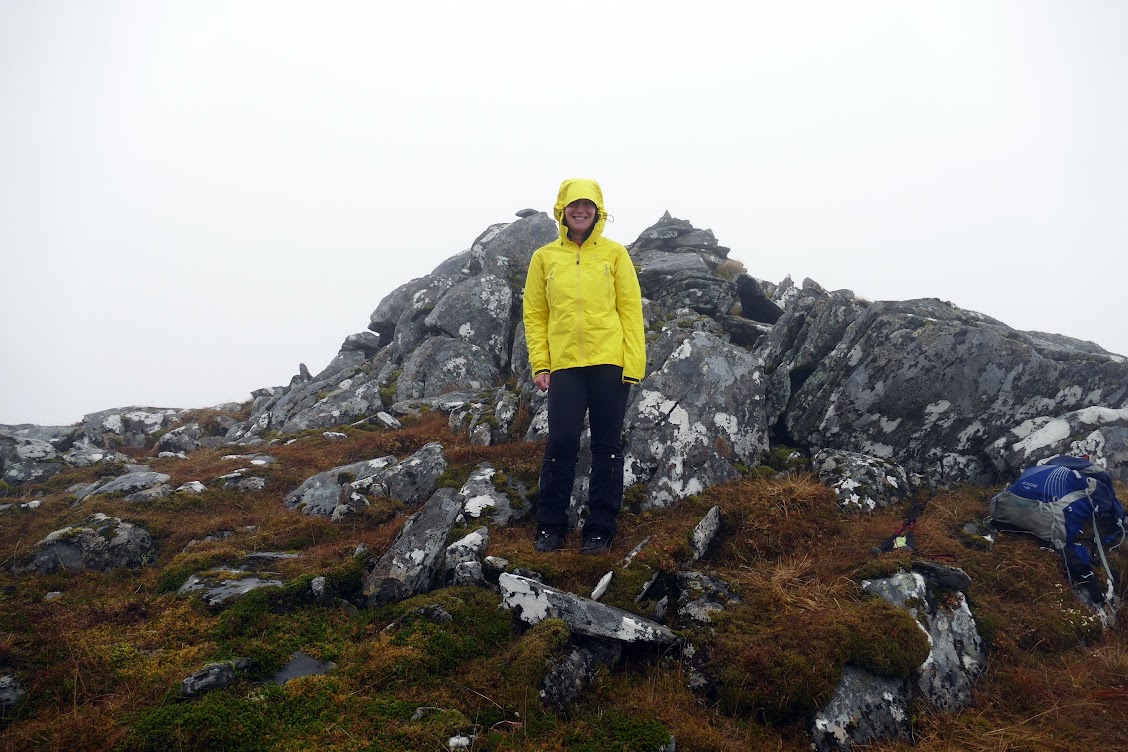 Me at the summit (when we finally got to it)

By that time both of us agreed that we would leave Beinn Fhada for another day, as we preferred to be back in daylight and relax before another night with the Walkhighland Gang.
We returned the same way we walked up and the clouds lifted slightly and we were able to see what we have been missing on the way up (mainly the never-ending blind summits) 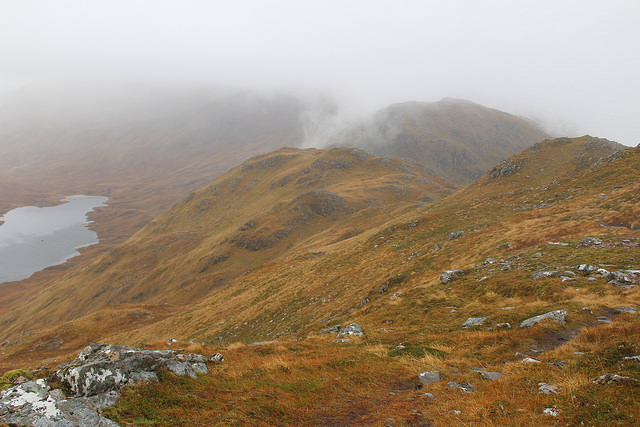 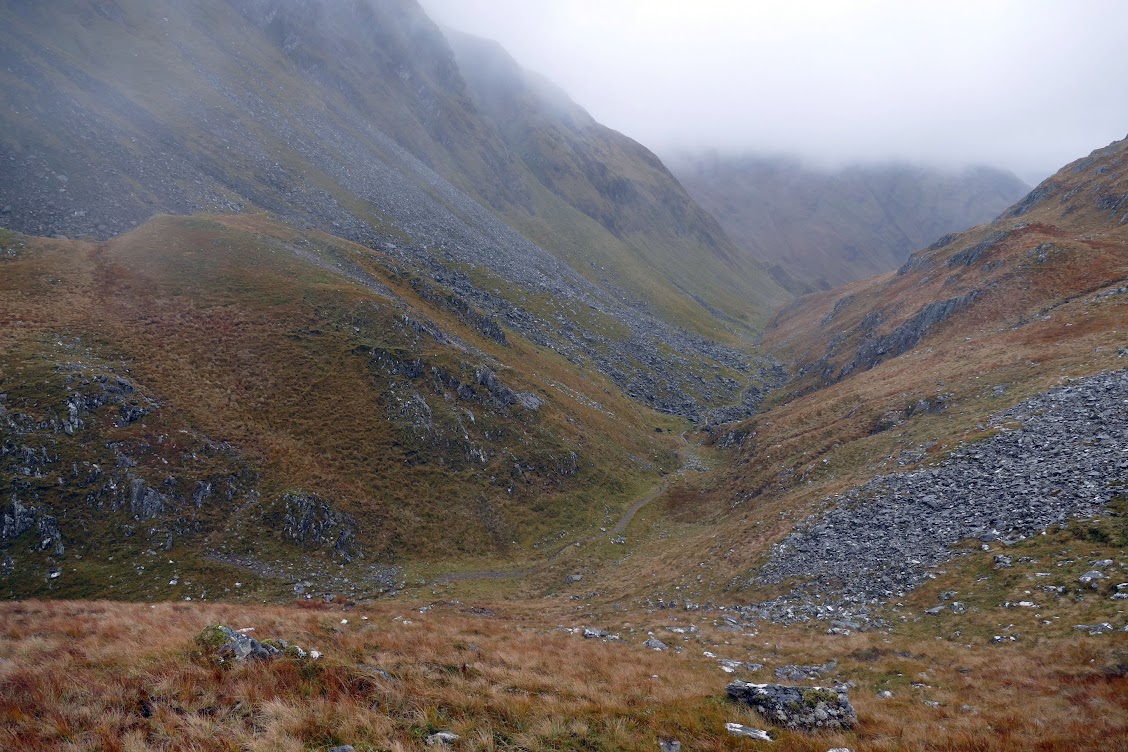 During the return - the bealach 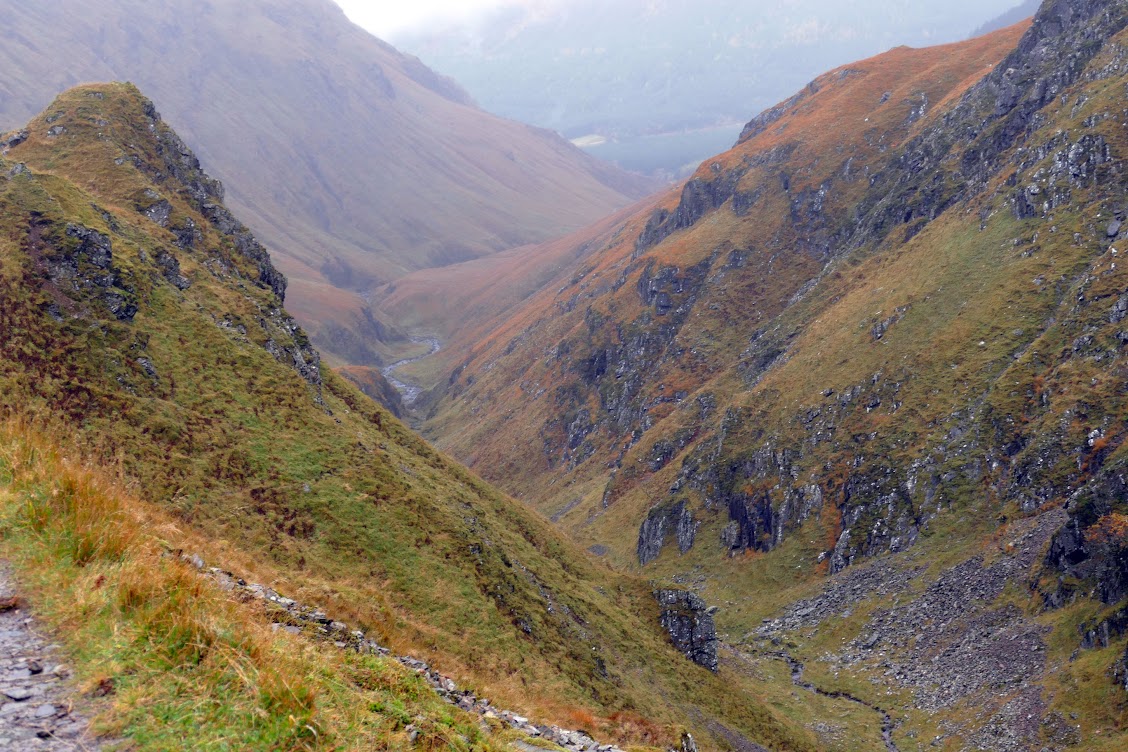 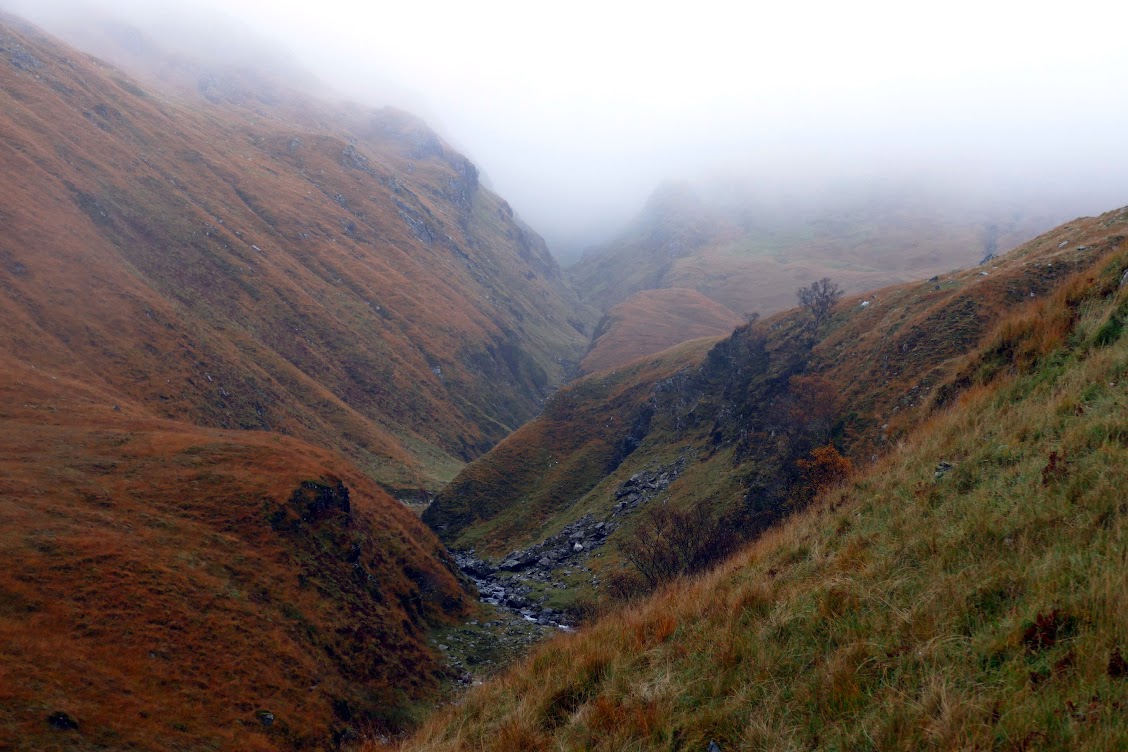 The second evening was equally great to the first one, but I will let some pictures speak for themselves. 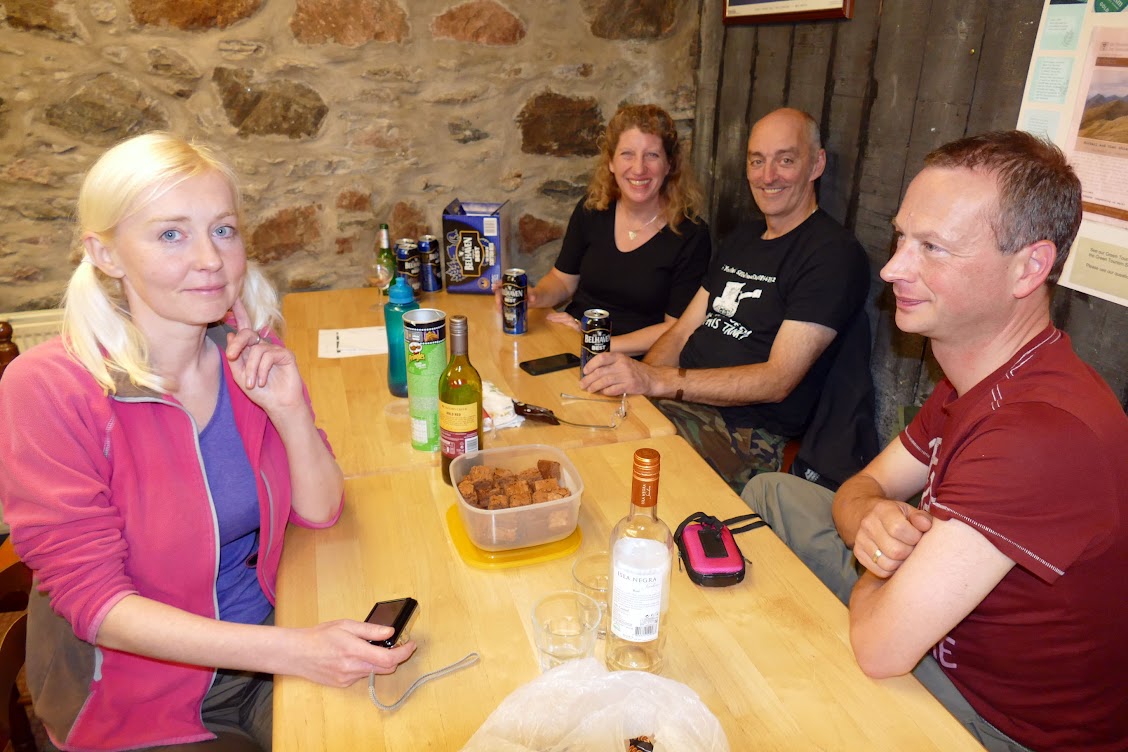 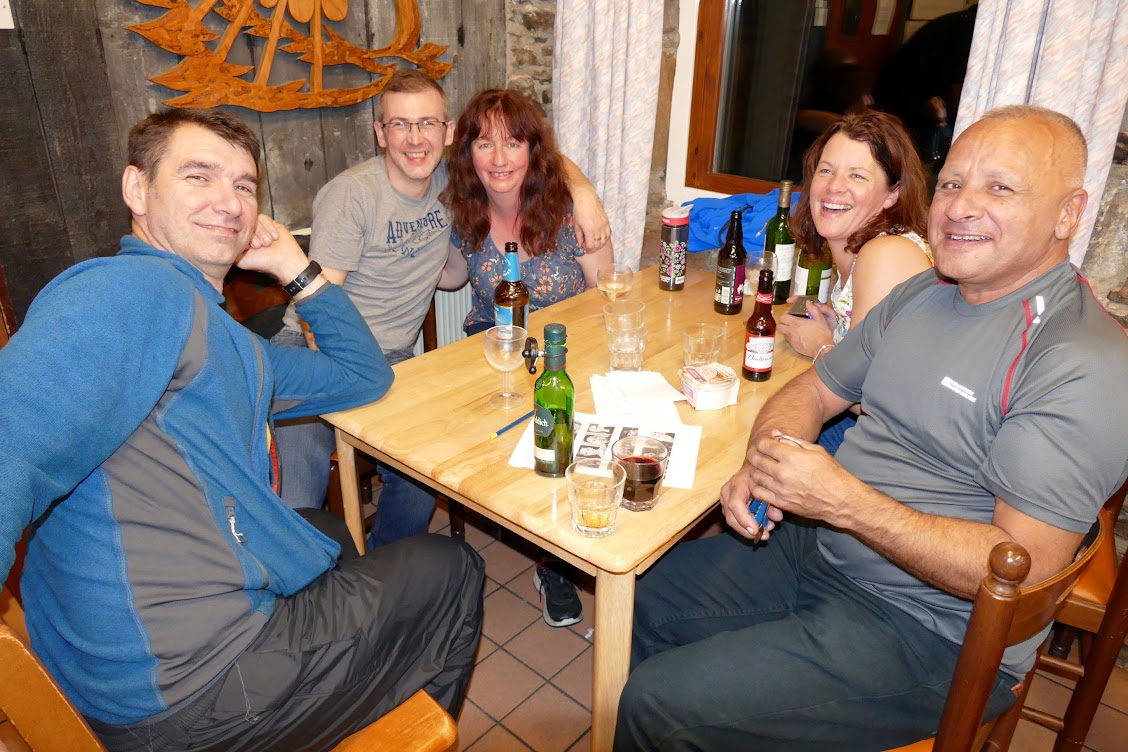 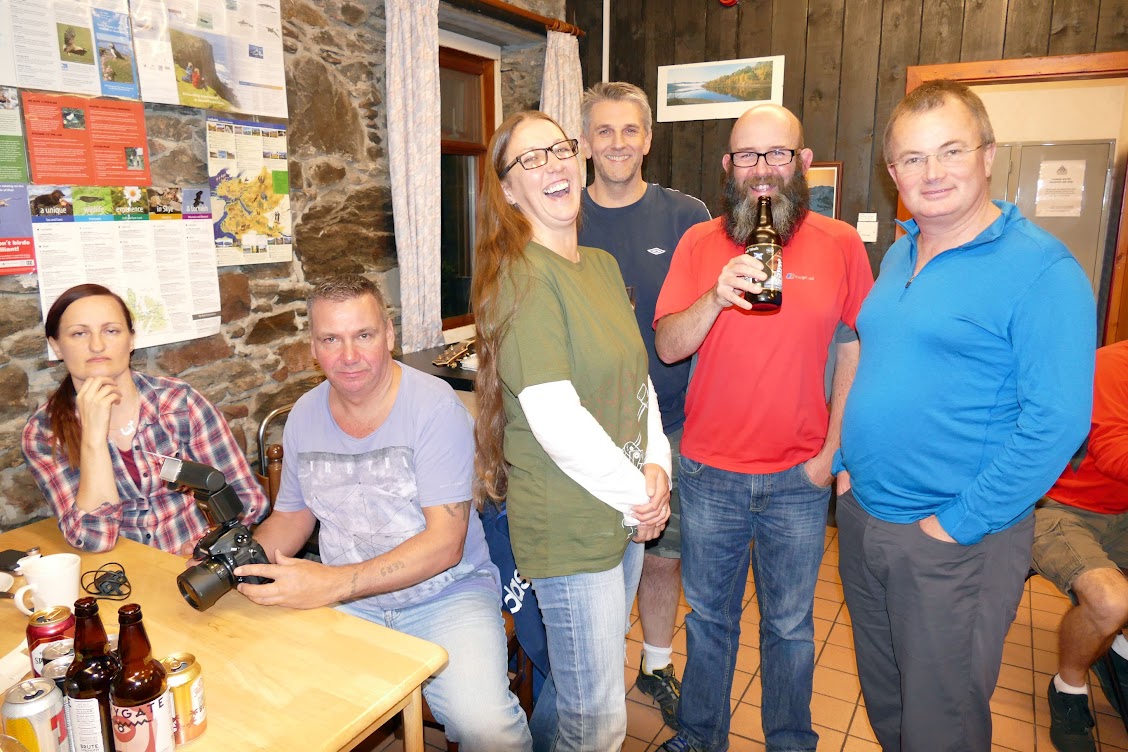 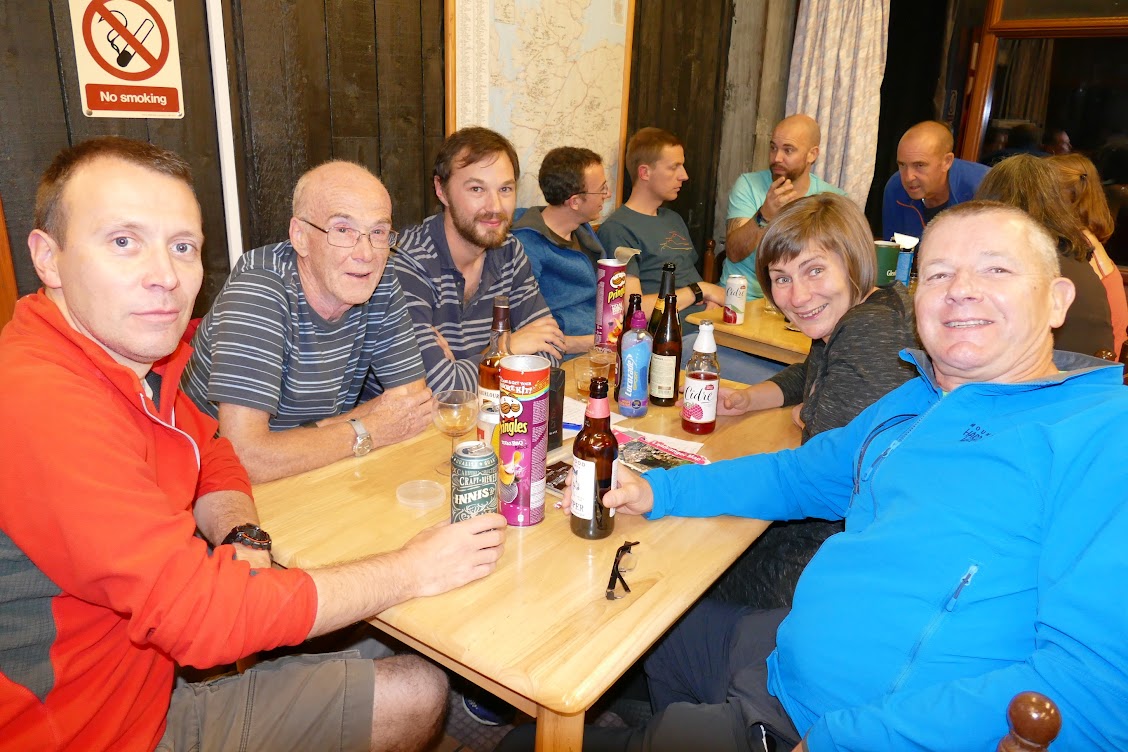 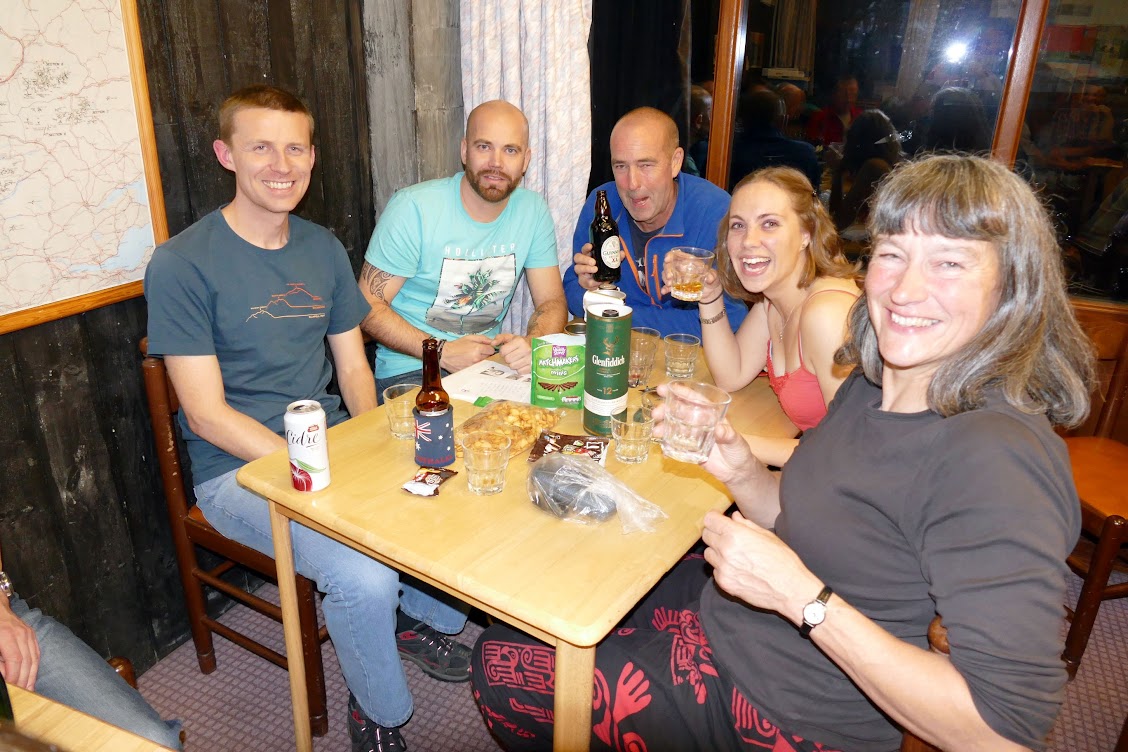 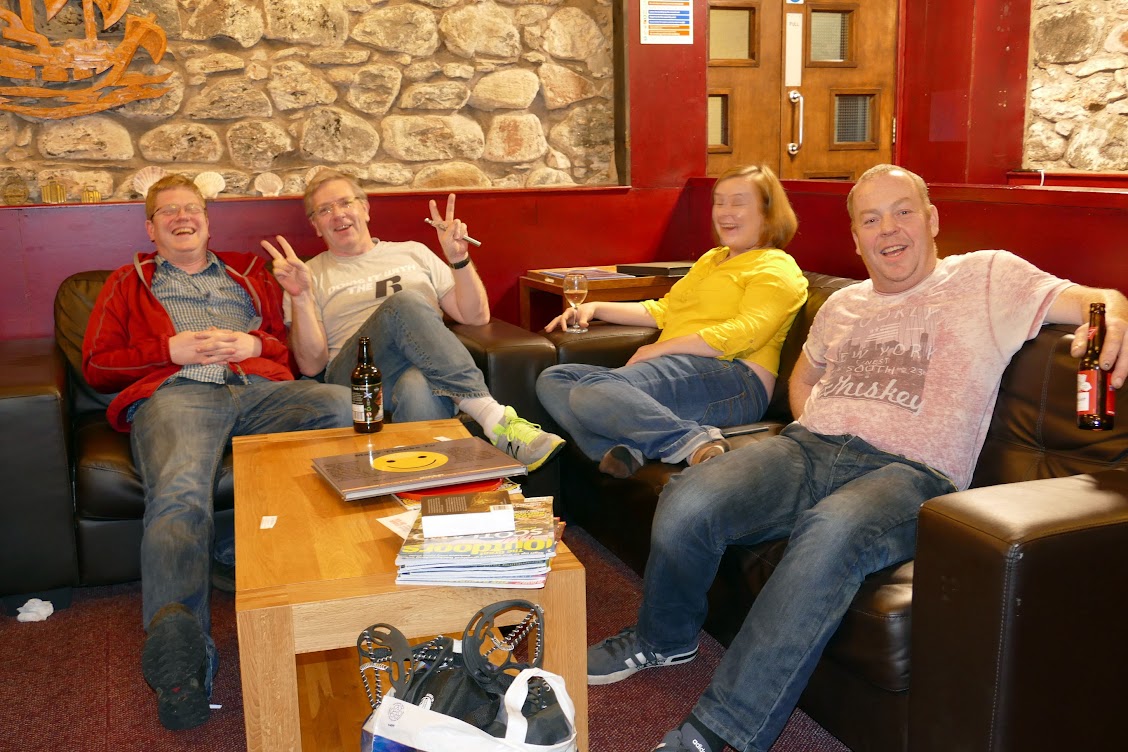 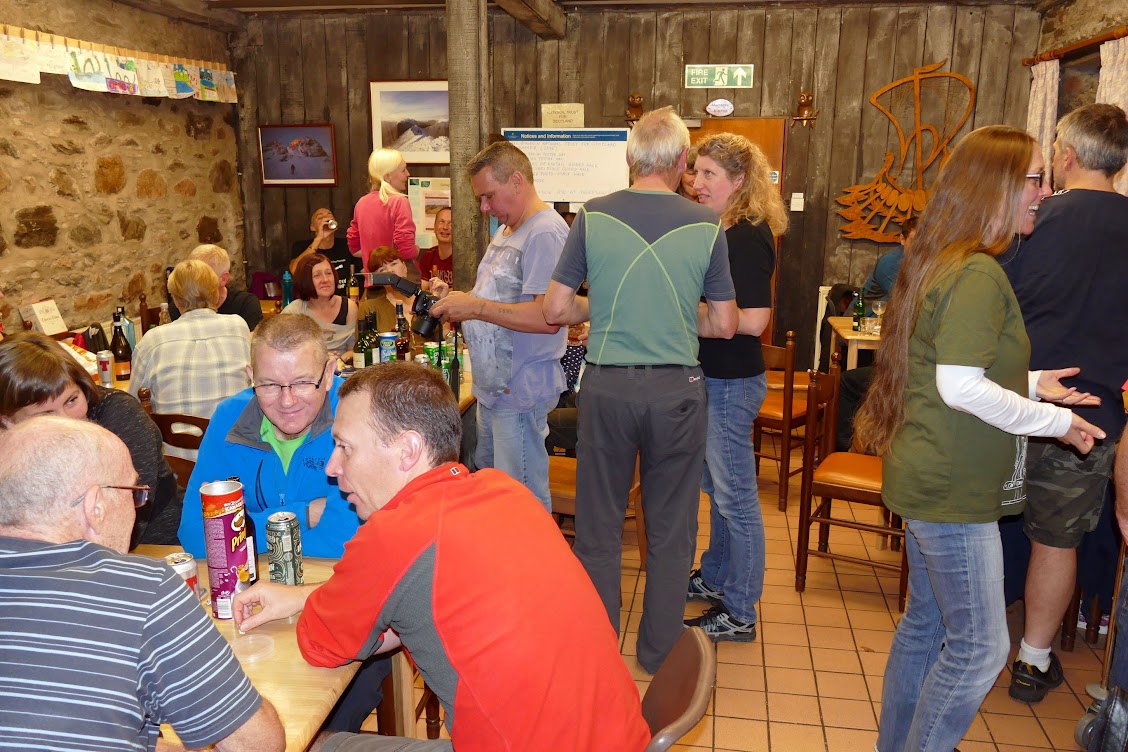 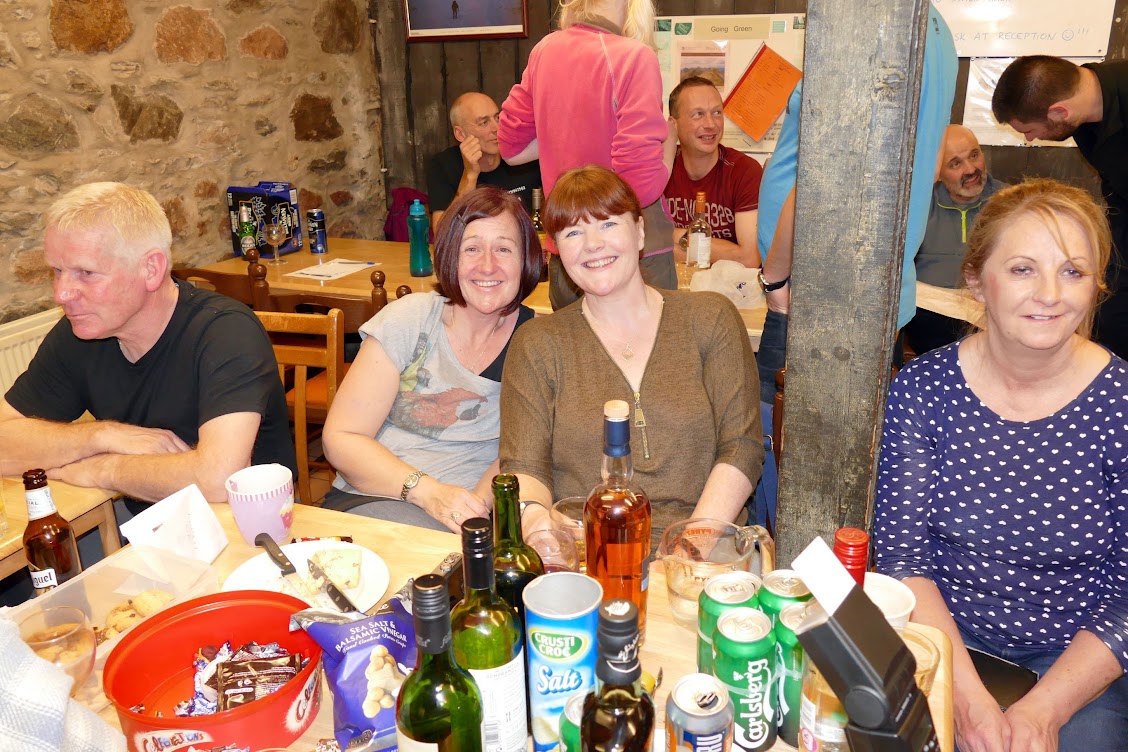 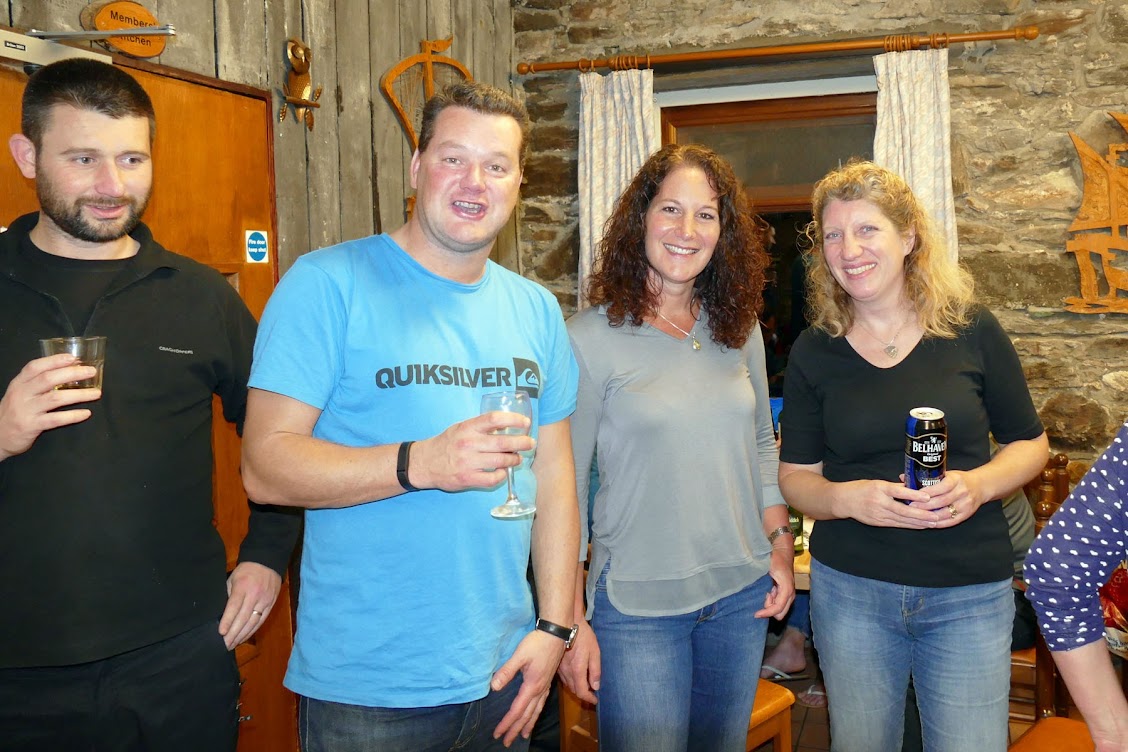 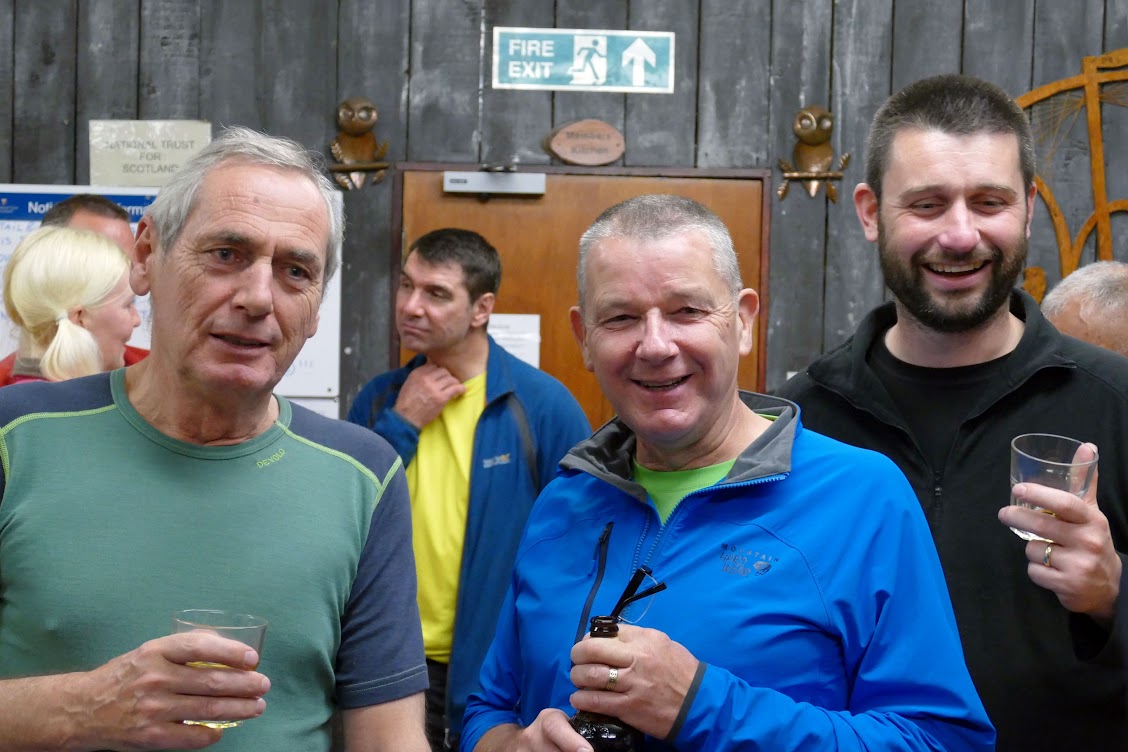 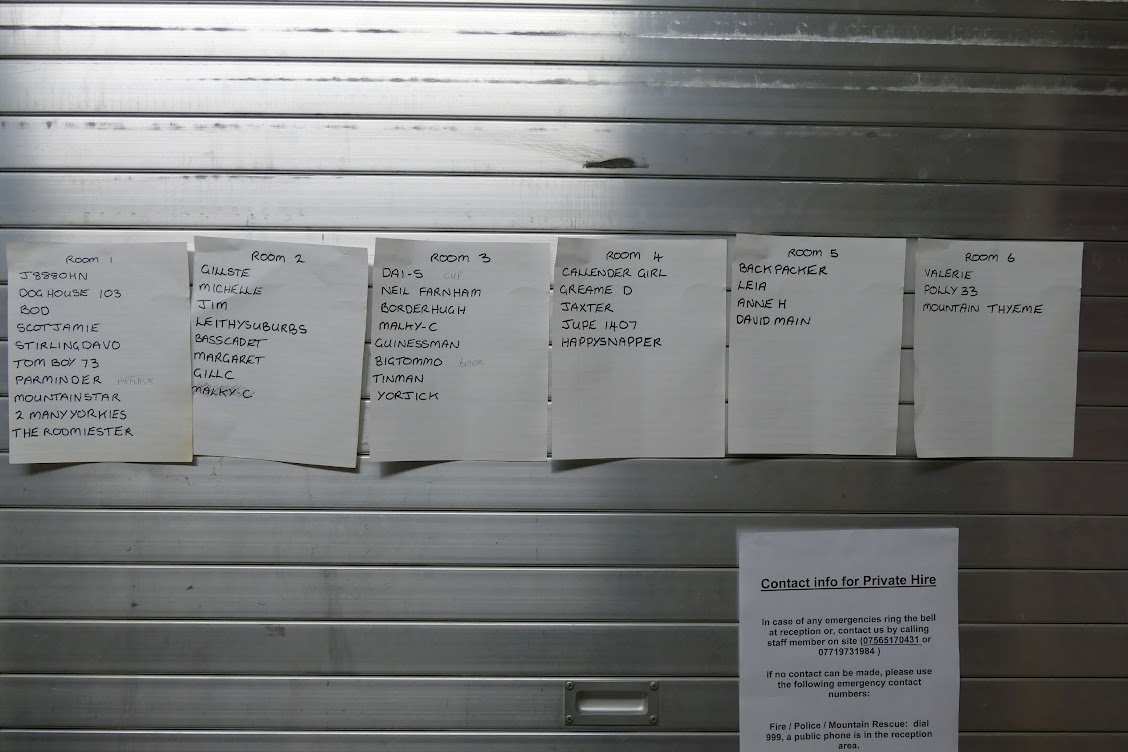 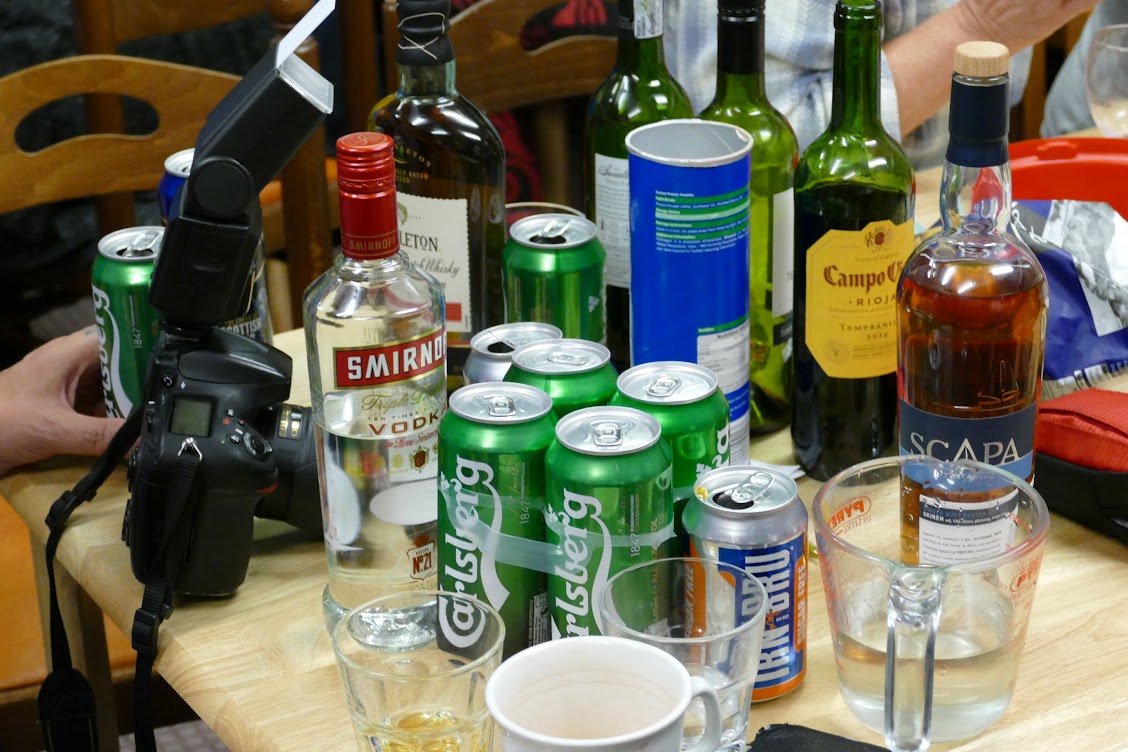 The requirements of a meet 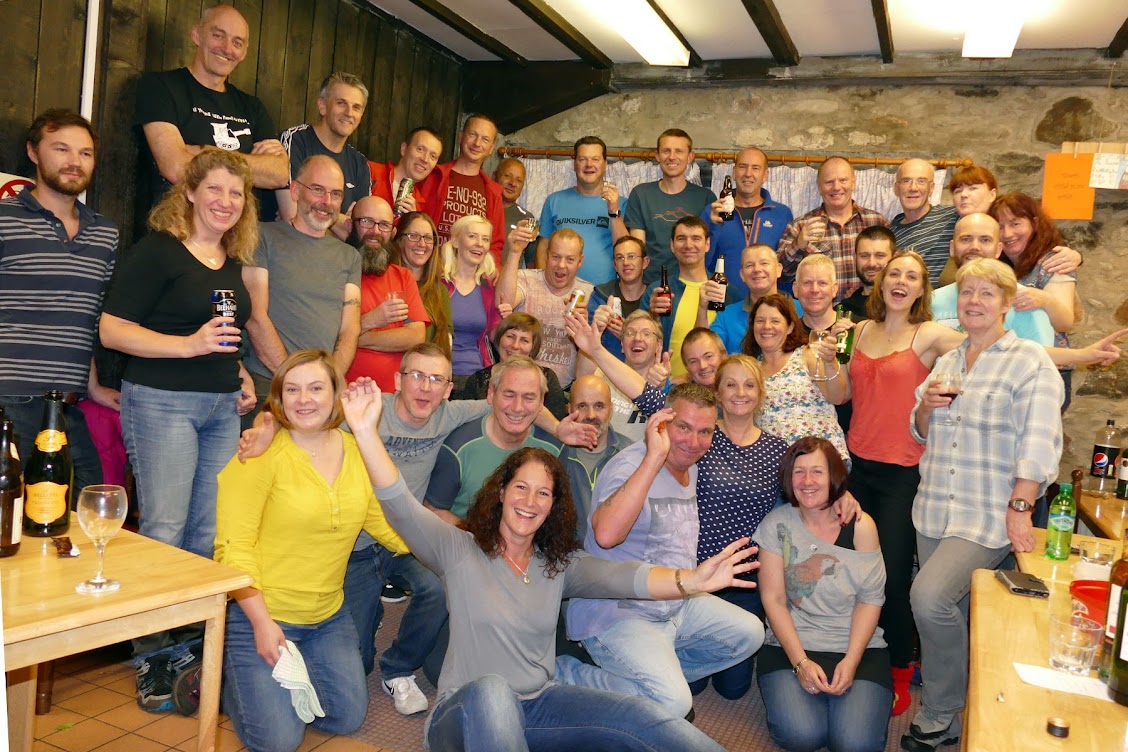 Always a sound idea to do a short warm up before embarking on a long hill day Maja!

Nice one Maja. That trip will teach us to stop blethering at the start!

Despite the clag, I really enjoyed our day out. After 4 -5 weeks of no hills I was happy to take on anything.

Think we did the right thing though saving Fhada for another day and a trip up the back of the Sisters!

Let's face it the weather could have been better but apart from that the whole weekend was superb. Cracking photos gives a taste of a WH meet weekend.

Can't wait for the next meet, hopefully weather's better in April!