carneddau.gpx Open full screen  NB: Walkhighlands is not responsible for the accuracy of gpx files in users posts
Unexpectedly there's plenty of roadside parking in Gerlan, certainly midweek, and this clearly isn't the main route up to the heights, with only half-paths through the brackeny slopes until breaking out into open country. After that though it's a simple matter of sticking to the north-east edge of the ridge up to Carnedd Dafydd above the crags – fine walking with great views and, even with a stony finish, an easy way to the rarefied 1000m heights. 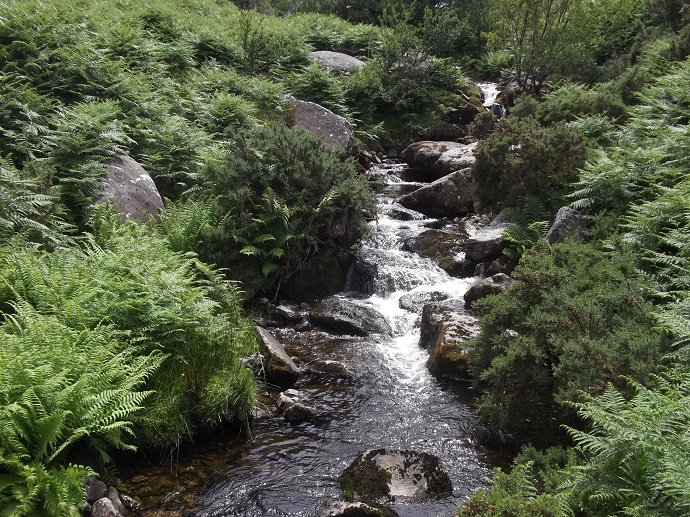 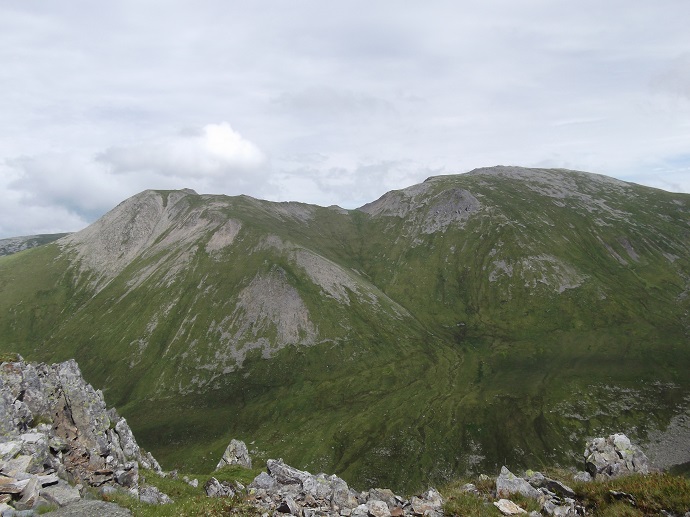 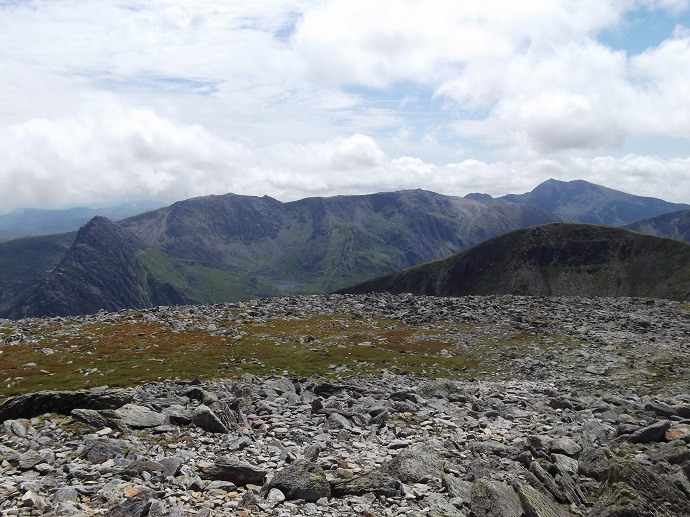 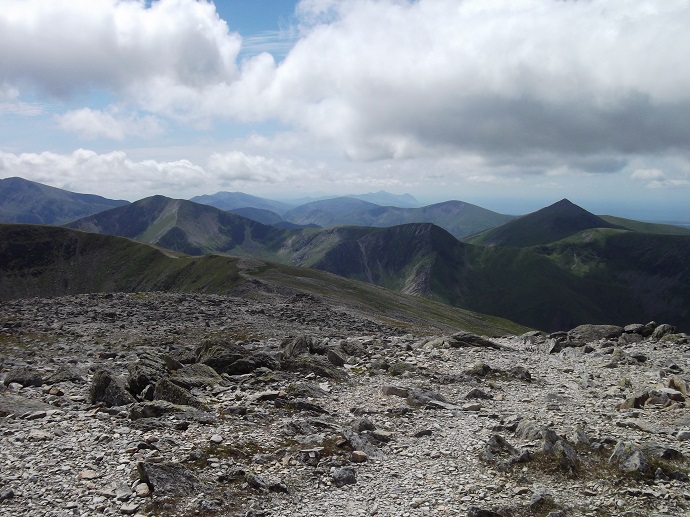 Y Garn & Elidir Fawr, and a host of other peaks

There's a clear and comfortable ridge-path on to Carnedd Llewellyn (flat and stony, and hard to believe that only the Snowdon tops are higher than this) and it didn't seem quite the right place to come across what looked a very intense and angry mountain-training (forces?) group in between – some shouting at people going too fast, and a lot of talk about navigation in a spot where there was obviously only one way forward…! Three continuous miles above 3000ft on the route north from Carnedd Dafydd but it's easy and quick going. 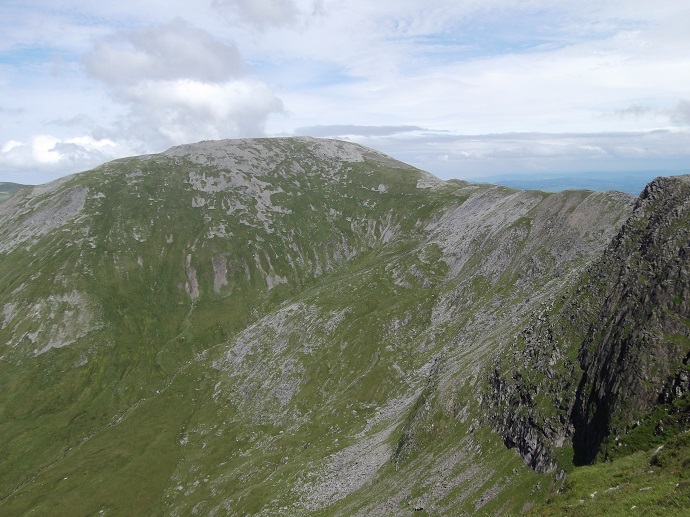 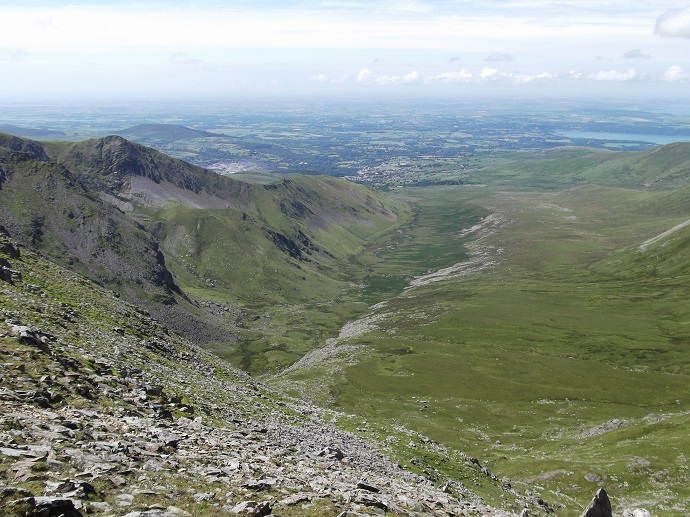 The last time I'd seen the refuge hut on Foel Grach, it had been really welcome – near the high point of a tough and snowy winter slog – now it was just a seat for topping up the suncream... It's a nice little curiosity, well-kept and robust for something so remote and exposed (presumably only the Snowdon cafe is a higher building?). 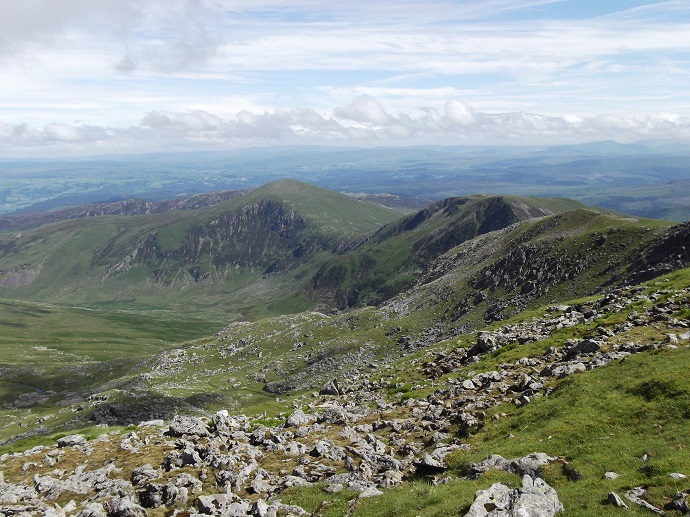 The Conwy estuary from the Foel Grach shelter

The way down west is a succession of lower summits crowned with rock tors, like a higher and more beautiful Dartmoor and with great views of two coasts. Bera Mawr especially is one of the best summits in Wales, a proper scrambling tower of rocks right on the edge of the drop to the coast. 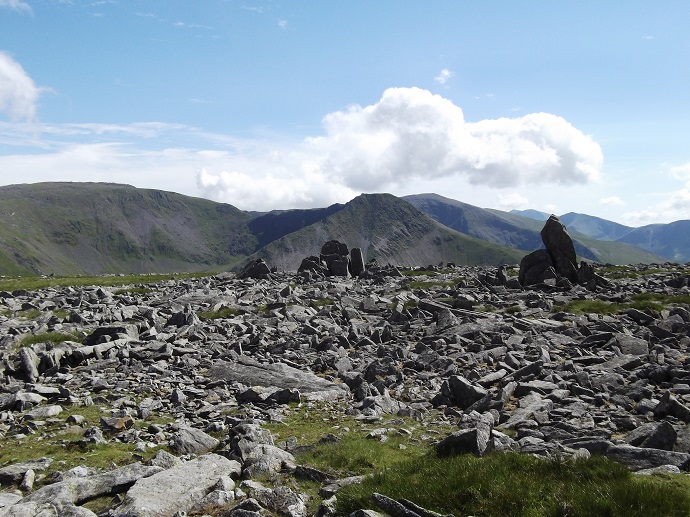 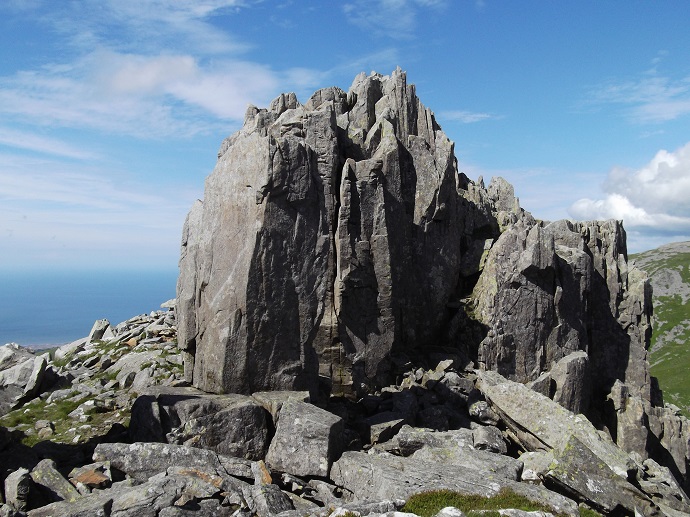 Bera Mawr peak (scramble up the gully to the right) After finishing on Gyrn Wigau (one of the day's targets that formed this circuit), it's a really good route back down to the village, firm and gently-graded grass paths and a perfect late afternoon view of the craggy side of Carnedd Dafydd. North coast to the Great Orme from Drosgl ) lovely photos, those pinnacles protruding through the hillside look so much like a stegosaurus it should be named accordingly I think