Route description: Kinlochard and the Crannog


Loch Ard was somewhere we'd been saving since the start of the year for an autumn walk. With my partner doing a late shift at work along with a forecast for sunshine but with fog on the hills and showers in the west, this midweek morning seemed a perfect time to catch the autumn colours. We altered the walkhighlands route slightly to return on a slightly higher track from near Couligarten - this made it a true circular walk (and adds some good views too).

Almost the whole route is on tracks. The first half of the outward route isn't anything special, with only occasional views across the loch. The mix of low cloud, patches of blue sky and wet ground after overnight rain made for a colourful scene though. 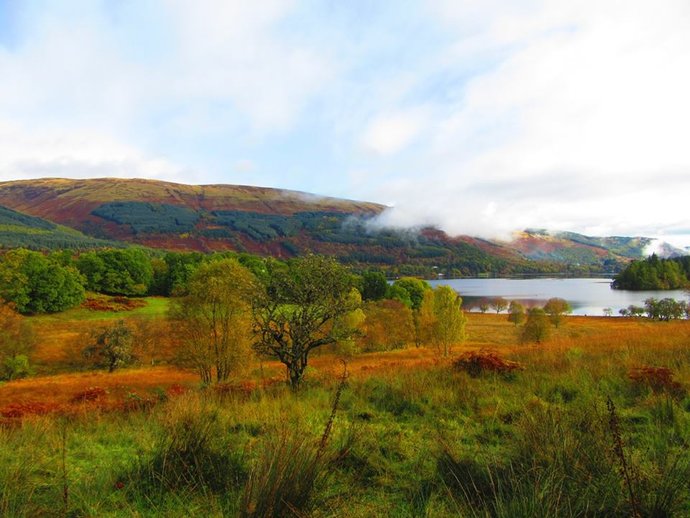 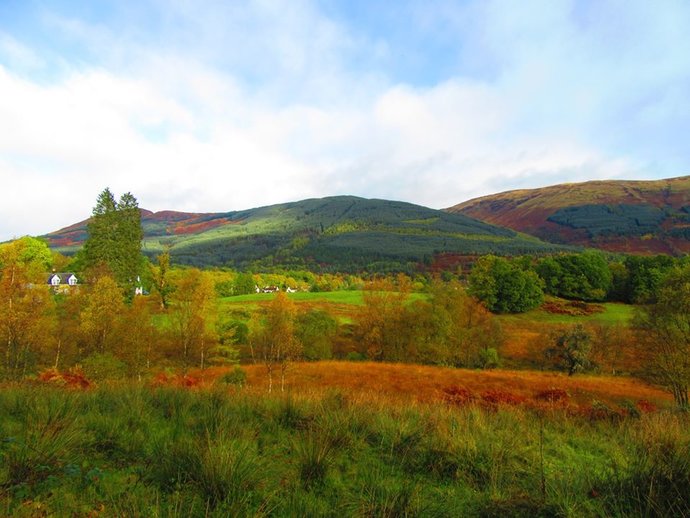 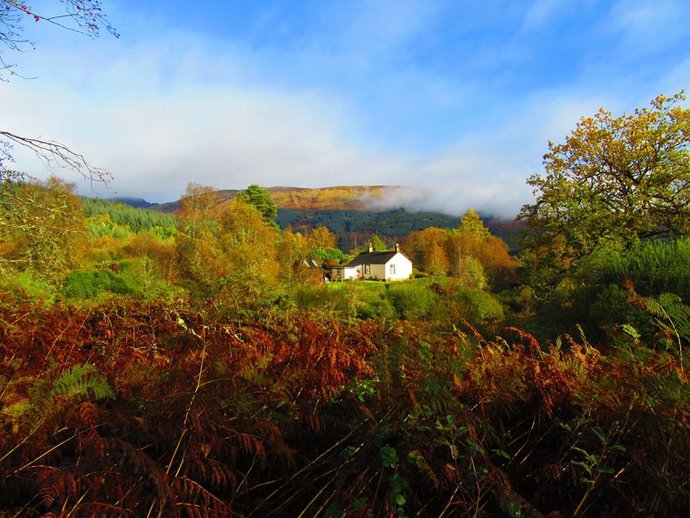 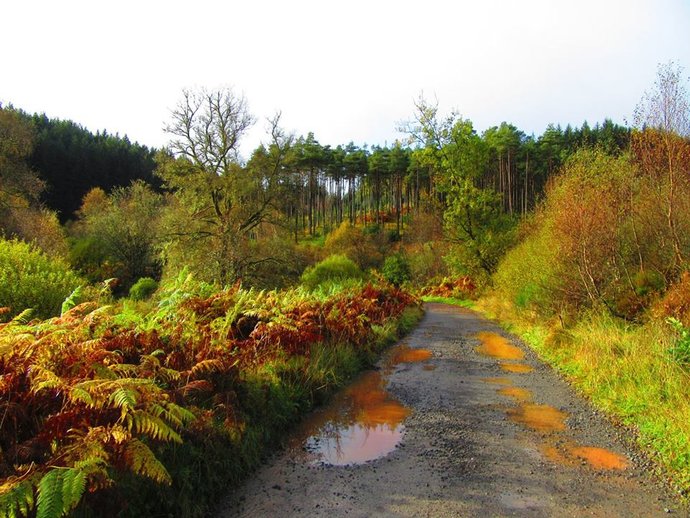 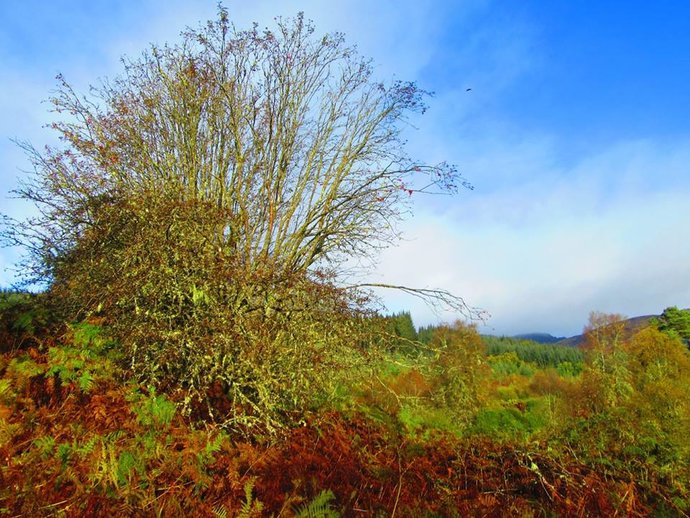 Beyond Couligarten the track finally comes close to the loch. It was possible to get down to the water's edge in just a few places. Still water created some beautiful reflections. 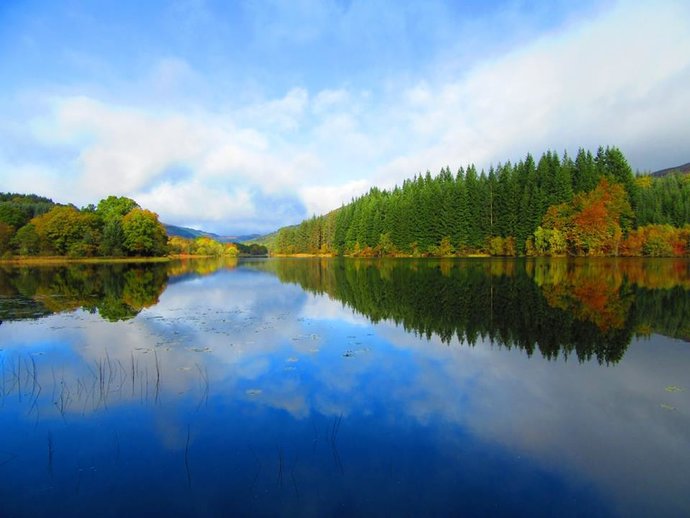 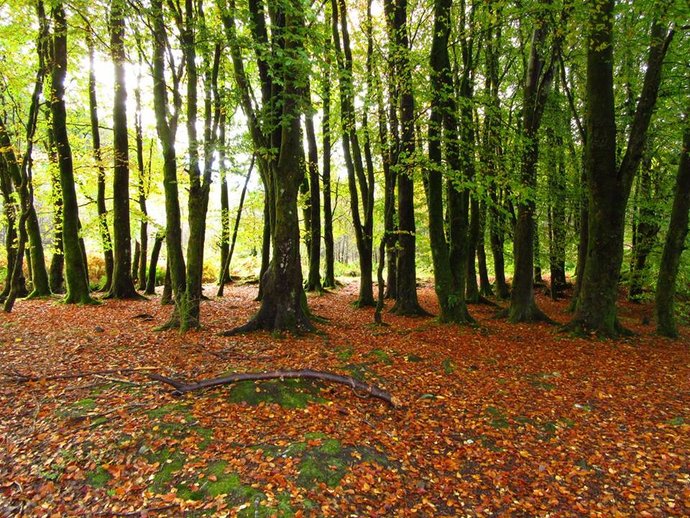 The track heads away from the loch for a short inland section... 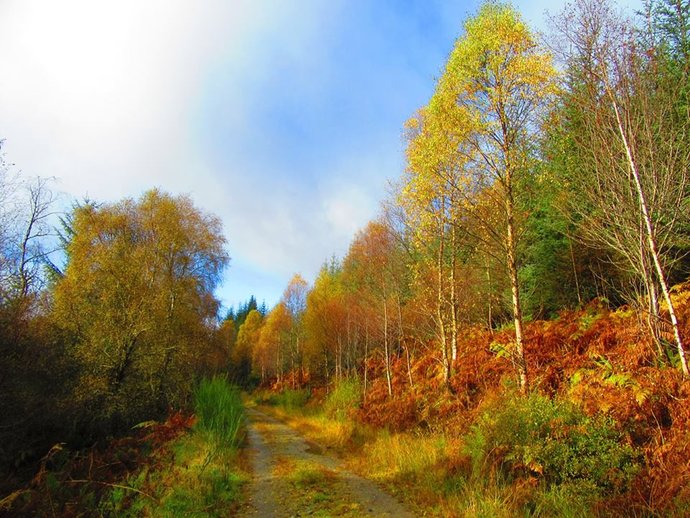 ...before coming close to the shore again, with views out to Eilean Gorm: 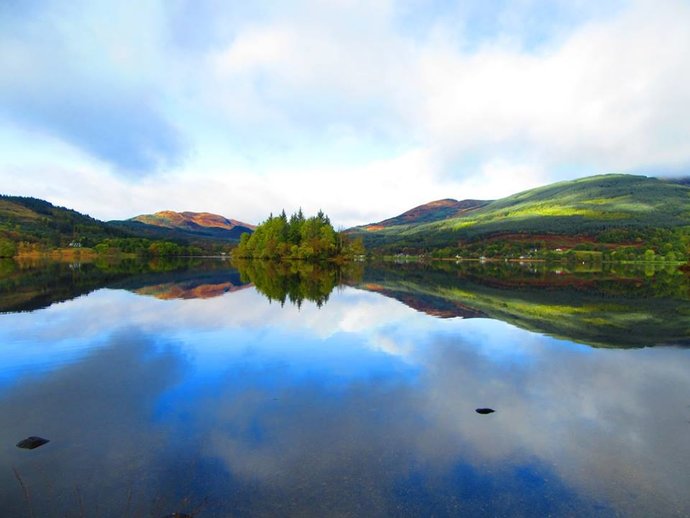 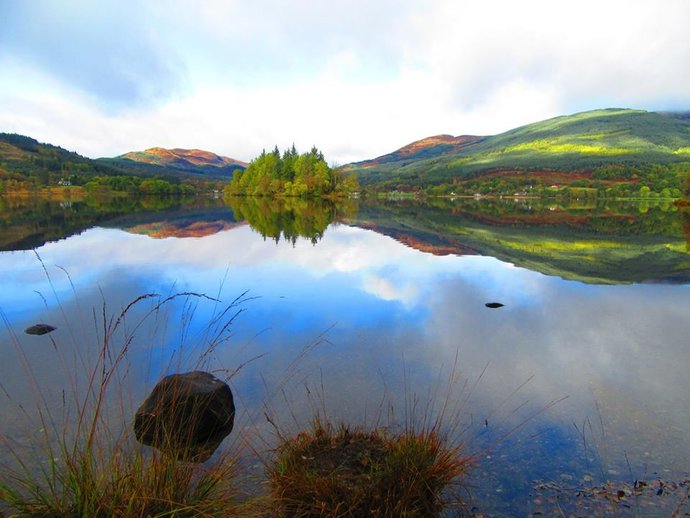 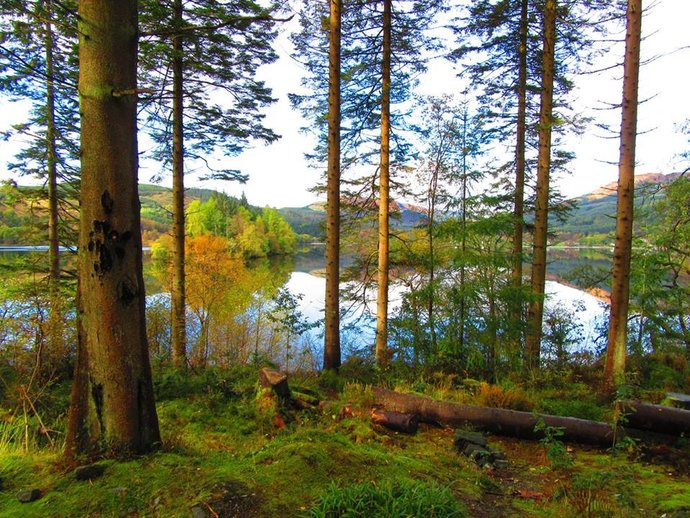 Kinlochard on the other side of the loch, still with low cloud on the hills behind: 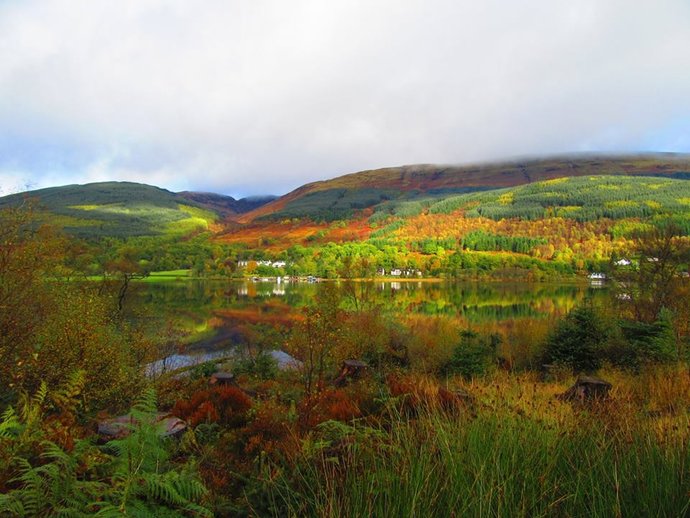 Turning south to begin the return leg, we thought that was probably the most scenic part over, with dark forest to follow. But as the track climbed, more great views opened up. The track is replaced by a narrow path for a short section (a welcome change), which climbed steeply to a wonderful viewpoint just as it joined a higher track traversing the slope. 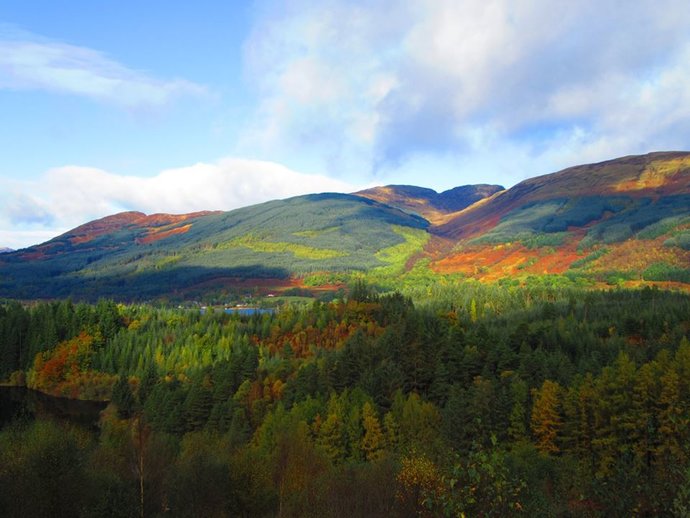 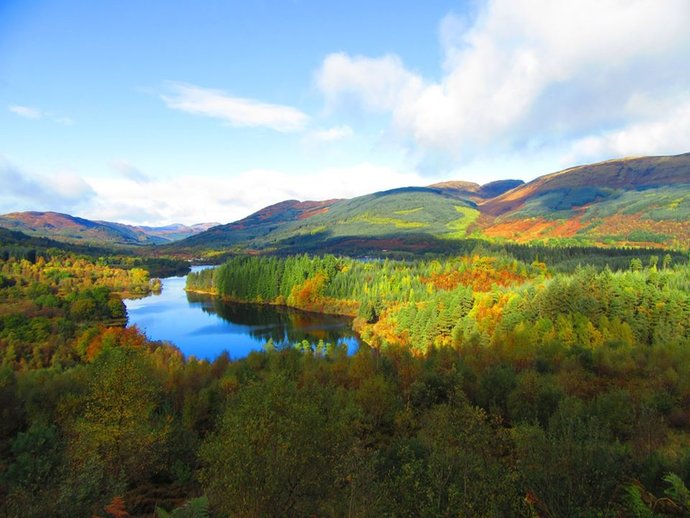 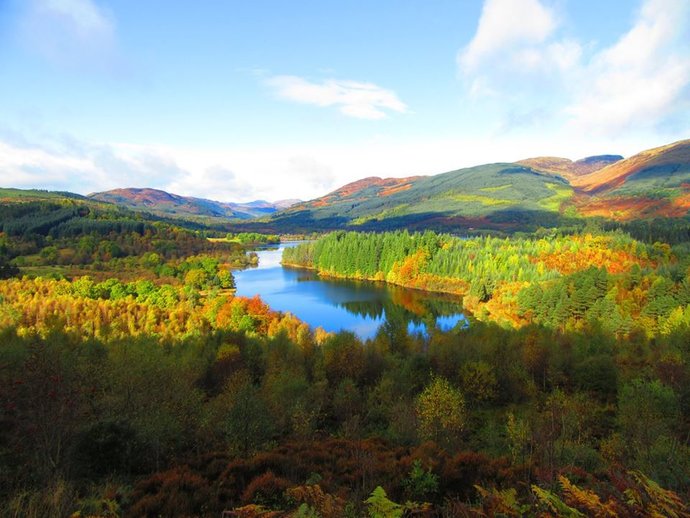 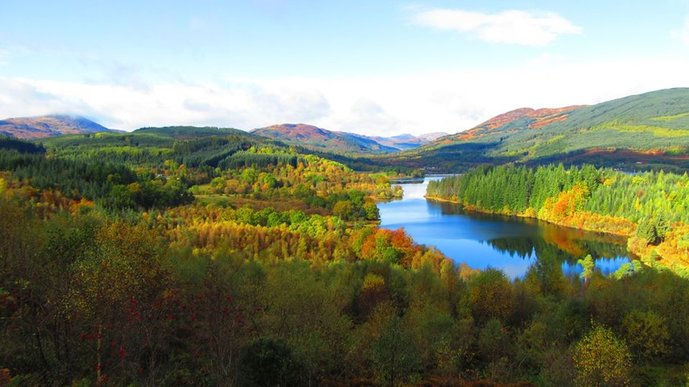 The next kilometre is wonderfully scenic - after a few track junctions we got to the aqueduct which apparently takes water to Glasgow. 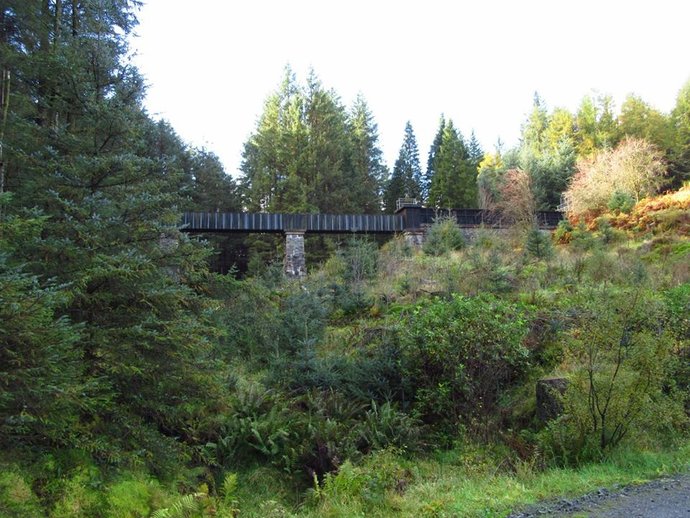 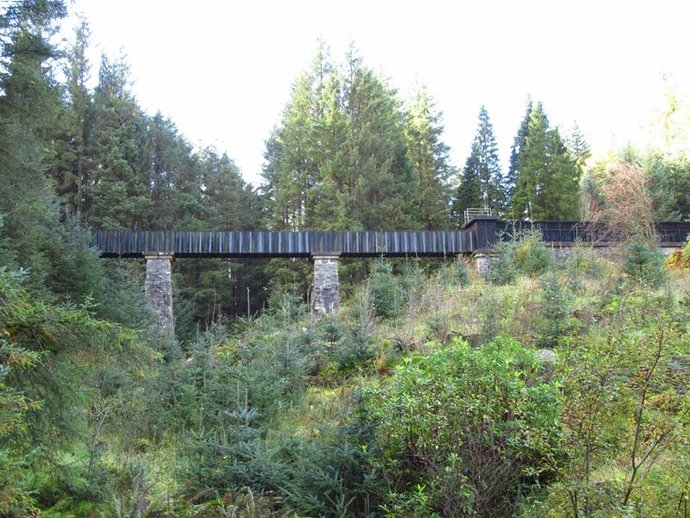 The walkhighlands route descends here to rejoin the outward track. We carried on traversing the hillside on a higher track, this time with views across the loch to its north-eastern end. 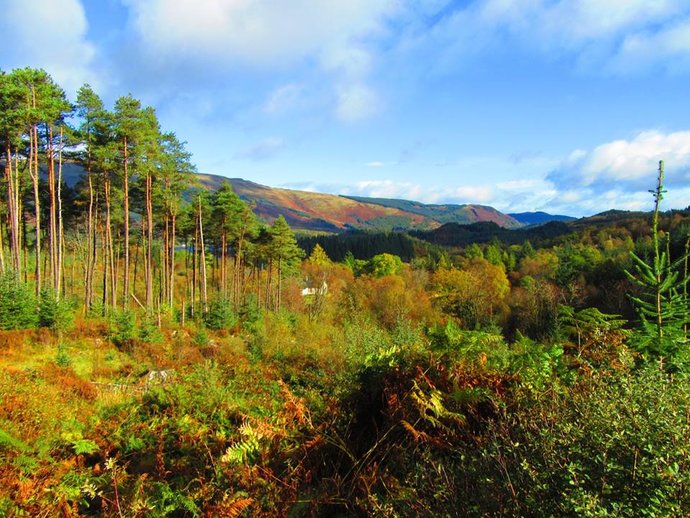 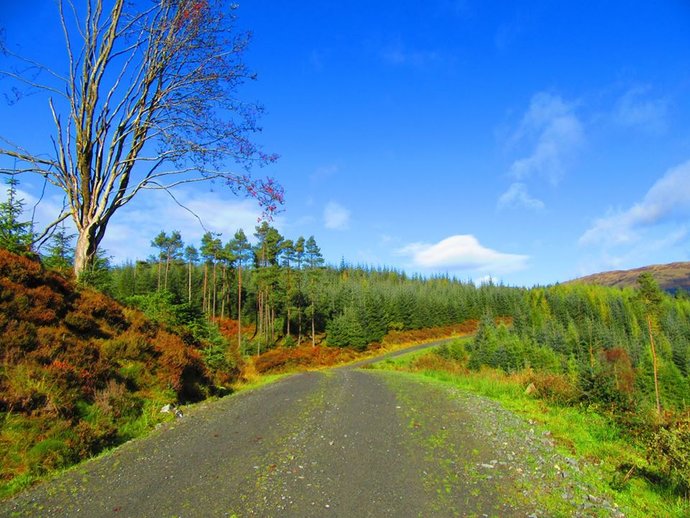 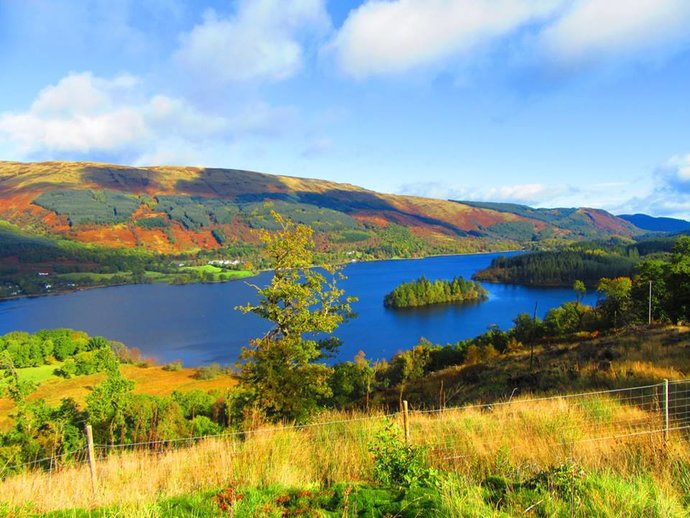 A rather slippery path then descended steeply back to the start... 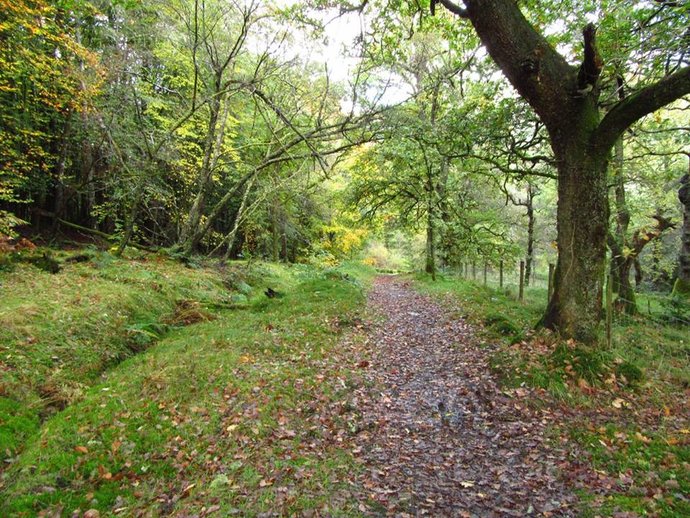 ...but not without a few more glimpses of fantastic fiery foliage. 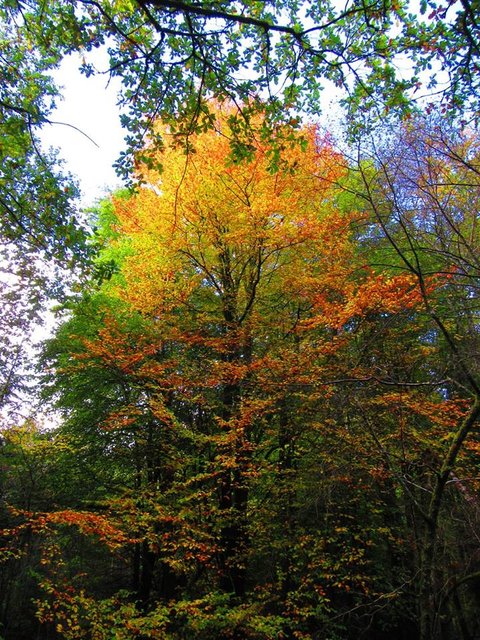 Fantastic colours - thanks for posting.
Now they've all been replaced with...white

Oh yes some beautiful photos and colours - I don't seem to get over to the Trossachs very often for some reason, but that looked lovely

Perhaps time for me to invest in some winter gear! Though I've been reading some of your recent reports and camping at -10C isn't on my to-do list

basscadet wrote:Oh yes some beautiful photos and colours - I don't seem to get over to the Trossachs very often for some reason, but that looked lovely

Not much scrambling I'm afraid, but lovely nevertheless.